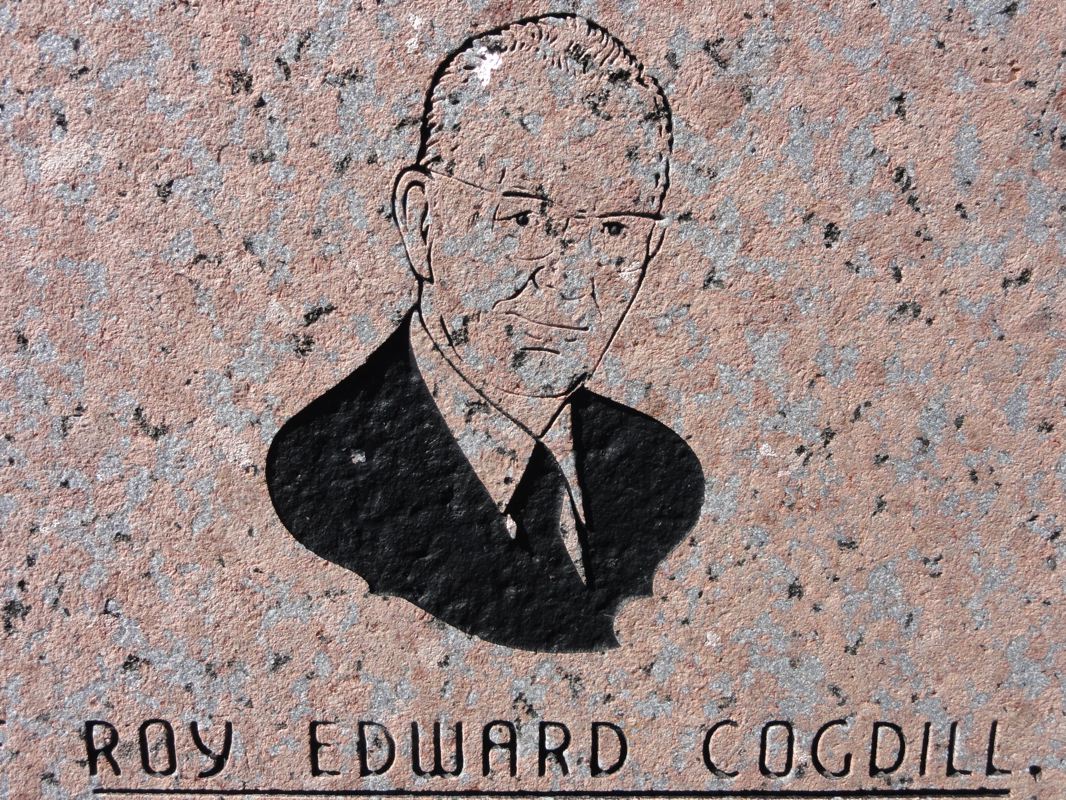 On Sunday, May 12 1985, brother Roy E. Cogdill attended both assemblies of the Fry Road congregation in Houston, Texas. During the afternoon, his four children called and visited with him by telephone. As he left the evening service, brother James Yates, a close personal friend and elder in the Fry Road church, helped him into the car. His last words to brother Yates were, "I love you." He returned to his home and suffered a heart attack about 11:30 p.m. He died shortly thereafter.

His funeral was conducted Wednesday, 14 May 1985, in the building of the Fry Road congregation in Houston, Texas. After a group sang "Others," the obituary was read by Harold Fite, the local evangelist. This was followed by the singing of "Walk Beside Me," an old favorite of brother Cogdill. His mother frequently sang it when brother Cogdill was growing up.

Brother Hamilton also commented on brother Cogdill's sermon delivery. His legal background enabled him to logically analyze the Scriptures and deal with the overall problem under discussion. His sermons contained spiritual meat and had power. He recalled especially his sermon on "The Trial of Jesus."

Brother Cogdill's sacrificial living was also mentioned., He sacrificed a successful law practice to be a gospel preacher. He gave of his personal possessions for the cause of Christ. He and his family made many sacrifices of time and personal comforts in order that the gospel might be preached. Trying to constrain his emotions, brother Hamilton closed by saying, "It was good that he was here."

Brother Glenn Tomblin lead the congregation in singing "There Is A God." Then, brother James Yates paid his final respects to brother Cogdill. He emphasized that brother Cogdill was such a good preacher because of his strong conscience, determination, natural ability, his mastery of the English language, and his faith in the gospel of Jesus Christ. He commented that brother Cogdill loved and served the brethren, being willing to involve himself in any battle in which brethren had problems which needed to be solved.

He compared brother Cogdill to a lion where the truth of God's word was at stake and then to a teddy bear when dealing with people. He emphasized that brother Cogdill had presented his life for the service of God. "He was not without his faults. He was a man whose faults were overlooked by those who loved him and exaggerated by those who did not," brother Yates said. Speaking of their close personal friendship, brother Yates' voice began to break. He was visibly touched by the loss of a close friend.

The congregation was lead in prayer and in the singing.. of "Precious Memories." Then brother James W. Adams delivered a lesson based on 2 Timothy 4:1-8. He concentrated on the three figures of speech used in verses 6-8 to describe brother Cogdill:

2. He Finished His Course. This emphasized perseverance in serving the Lord. Brother Cogdill was a man who had perseverance of character. If he believed he was right and thought something should be done, he would not quit until it was done.

3. He Kept The Faith. This emphasizes that the gospel is something which has been entrusted to us and we are responsible for passing down to the next generation. Brother Cogdill had no room for one who was not faithful in keeping the faith; he wanted nothing to do with one who had a spirit of compromising the faith which had been entrusted to him by God. He felt that he should be a "keeper of orthodoxy" or "keeper of the faith," and he was "set for the defense."

Brother Adams pointed the family to the hope of the gospel—the hope of the resurrection of the body and the glorious entrance into the eternal kingdom where one can forever dwell in the presence of God. He reminded us, "I shall go to him, but he shall not return to me" (2 Sam. 12:23).

After brother Adams concluded his remarks, brother Yates thanked those who came to the funeral, on behalf of the family, for their many kindnesses. As the people viewed the body of brother Cogdill for the last time, the group of singers comforted those in attendance by singing "Sun Of My Soul," "Blest Be The Tie," and several other familiar hymns.

Following the Houston service, brother Cogdill's body was taken to Hobart, Oklahoma, the place of his birth, for interment on Thursday, 16 May 1985. Along with the family, brethren Fite, Yates, and Adams made the trip to Oklahoma for the service.

The Guardian of Truth is making arrangements for a special issue in loving memory and honor of brother Cogdill whose influence for good can be accurately measured only by God. Many of us have benefitted from his books The New Testament Church and Walking By Faith. We owe a debt to brother Cogdill, and many other preachers like him, who have passed down to us the gospel of Christ without addition or deletion. Because of this, we intend a future issue to be in his memory as soon as preparations can be completed.

Directions To The Grave of Roy E. Cogdill

West of Oklahoma City, Oklahoma, on I-40, go to Clinton and take Exit #66/Hwy.183 and head south 45 miles south to the city of Hobart. There on Hwy 183 you will see the Rose Cemetery. Take the last entrance and head in go until just before the third crossroad and you will see the Codill grave on your right. 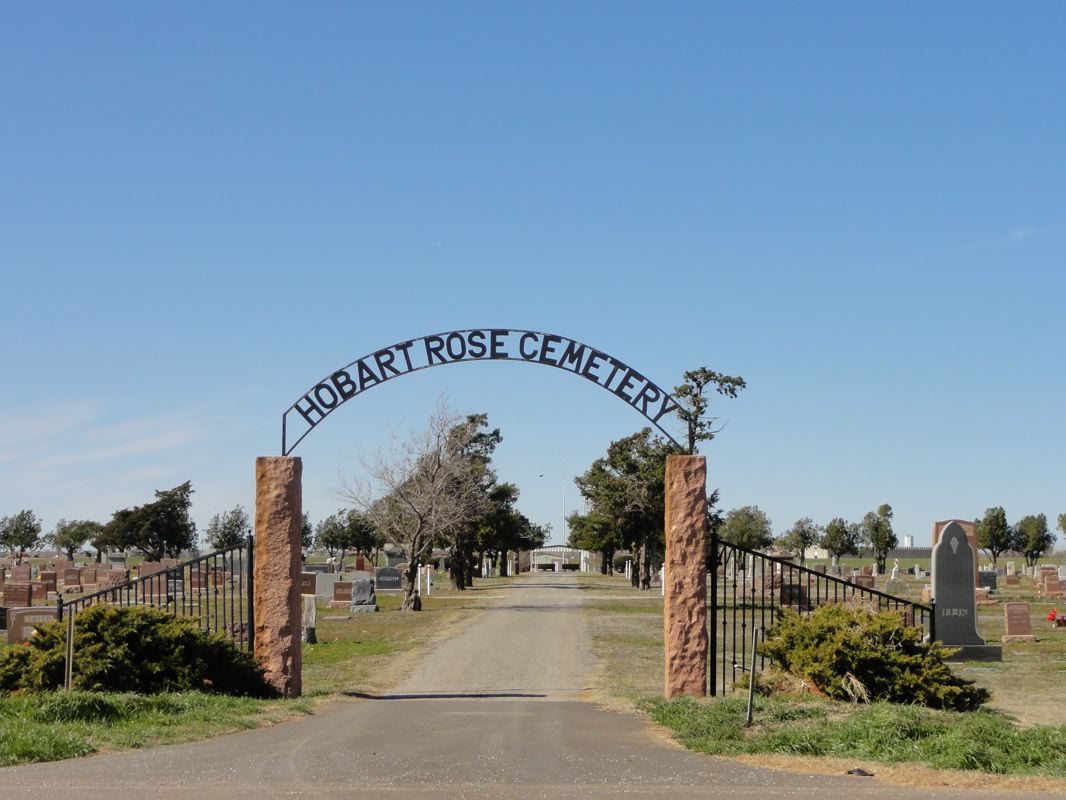 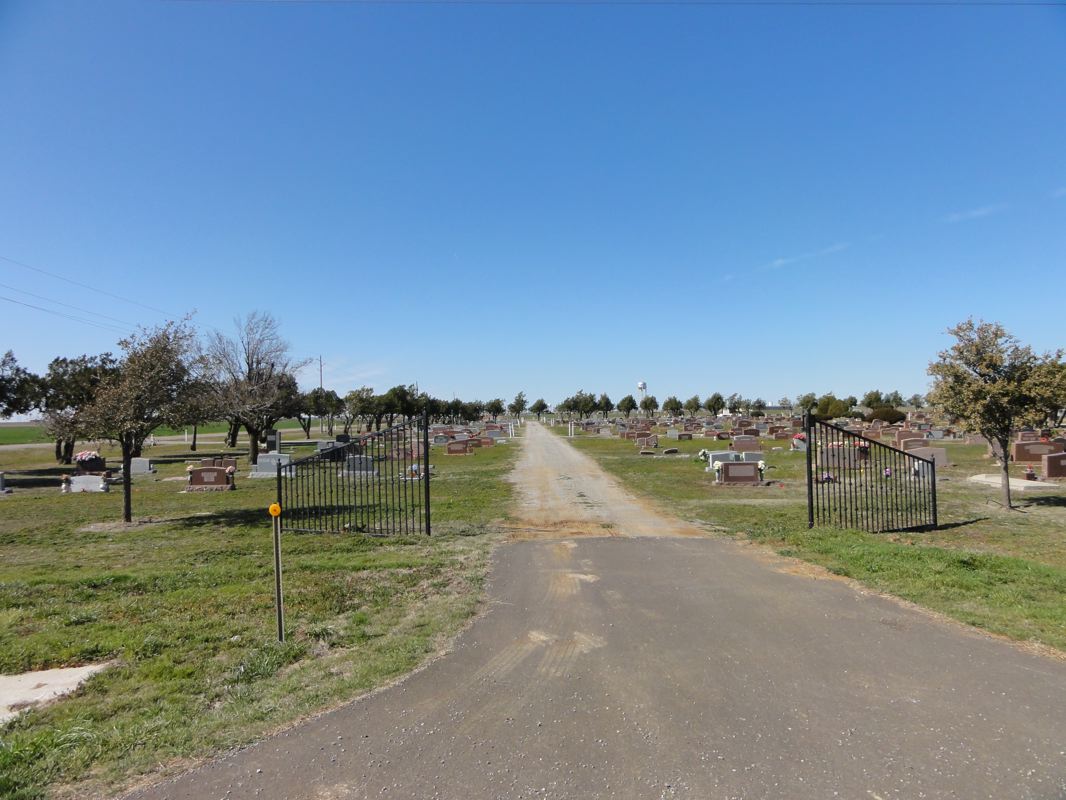 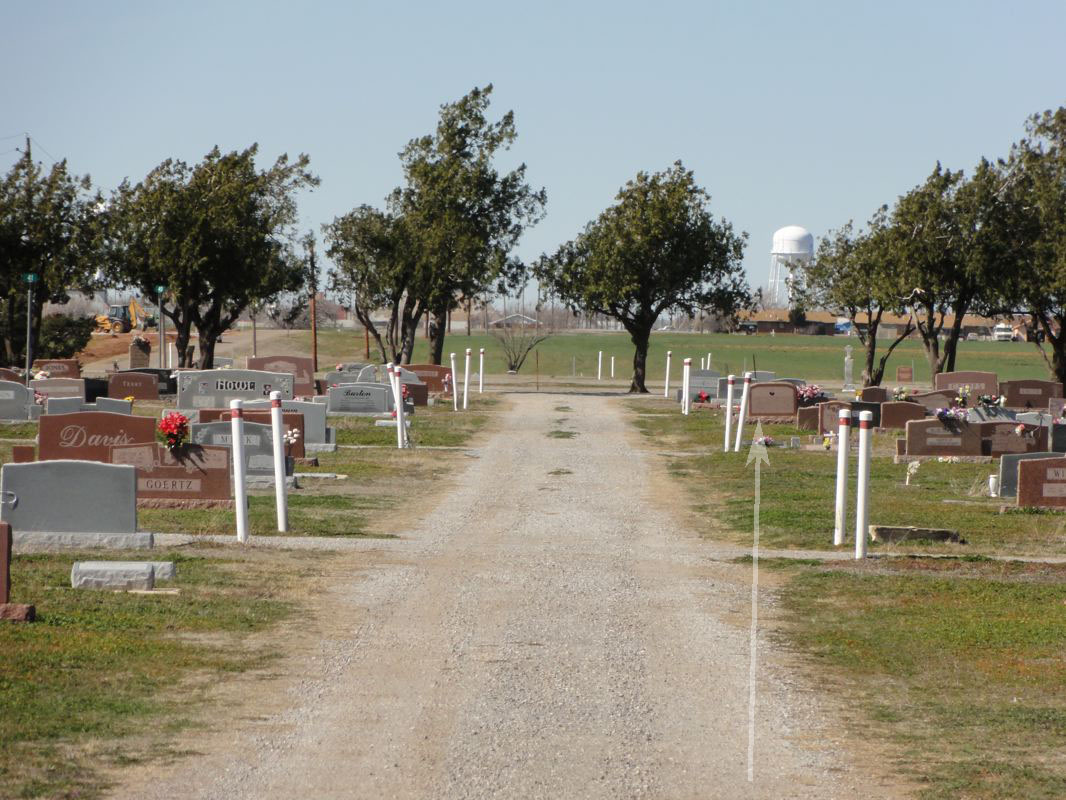 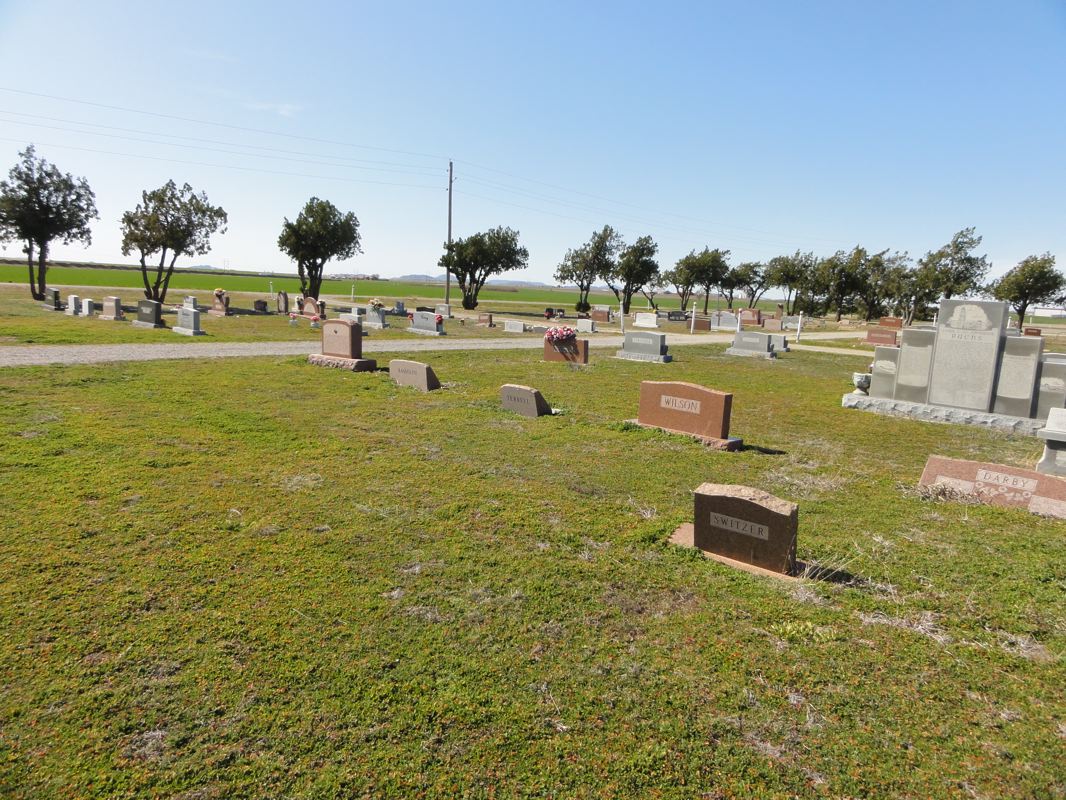 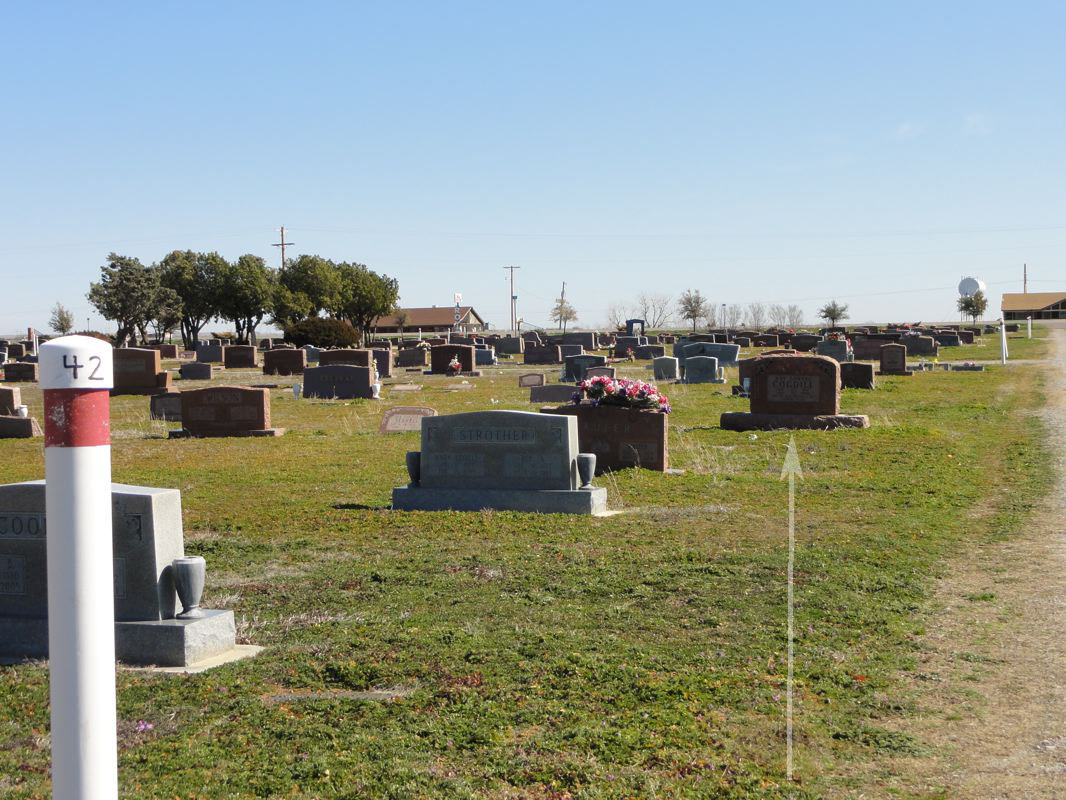 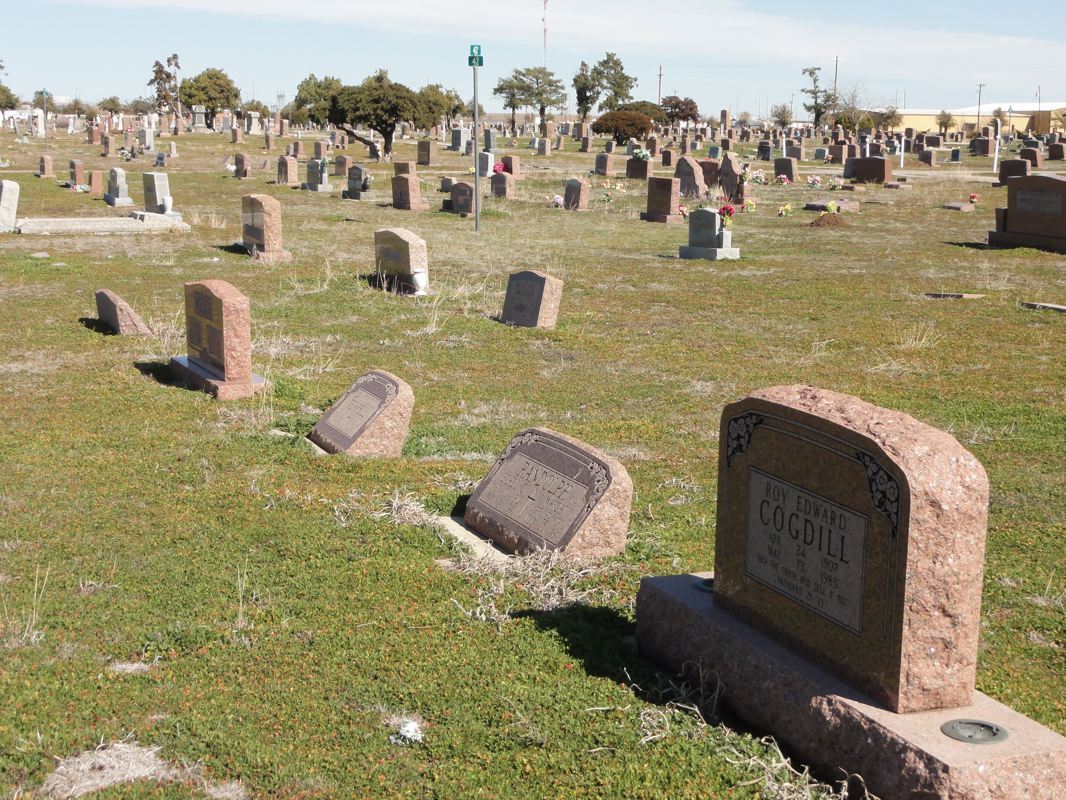 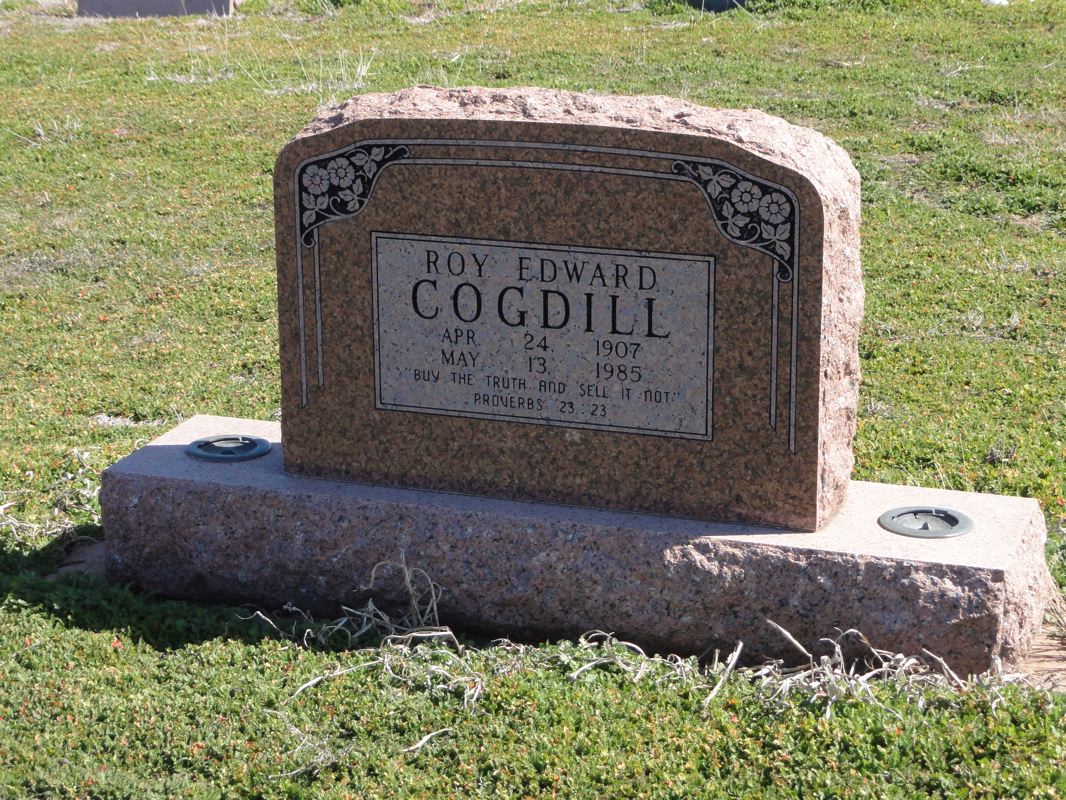 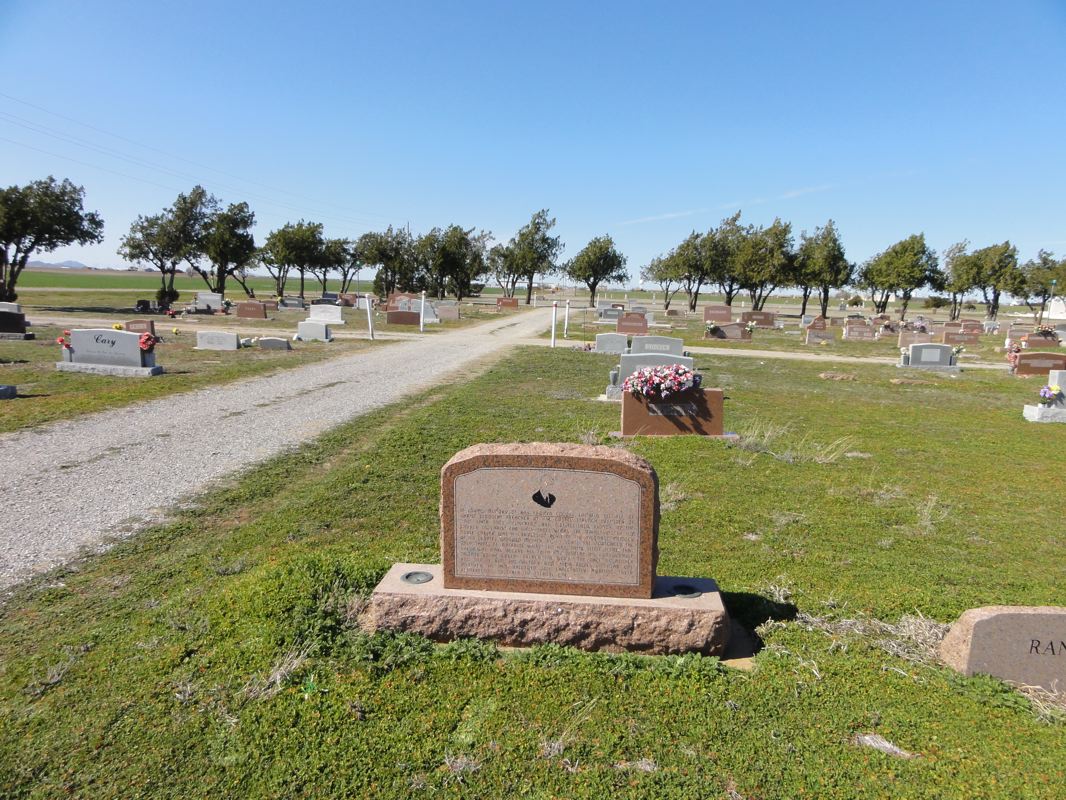 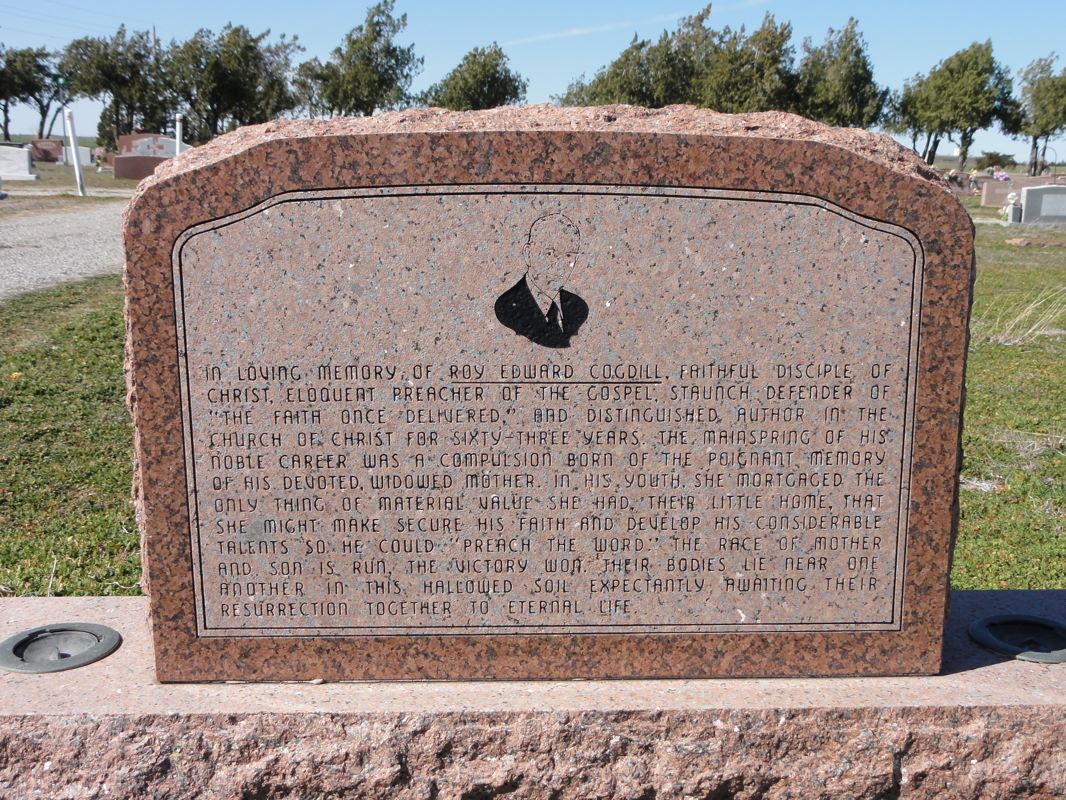 In loving memory of Roy Edward Cogdill, faithful disciple of
Christ, eloquent preacher of the gospel, staunch defender of
"The Faith Once Delivered," and distinguished author in the
church of Christ for sixty-three years. The mainspring of his
noble career was a compulsion born of the poignant memory
of his devoted widowed mother. In his youth, she mortgaged the
only thing of material value she had, their little home, that
she might make secure his faith and develop his considerable
talents so he could "preach the word." The race of mother
and son is run, the victory won, their bodies lie near one
another in this hallowed soil expectantly awaiting their
resurrection together to eternal life. 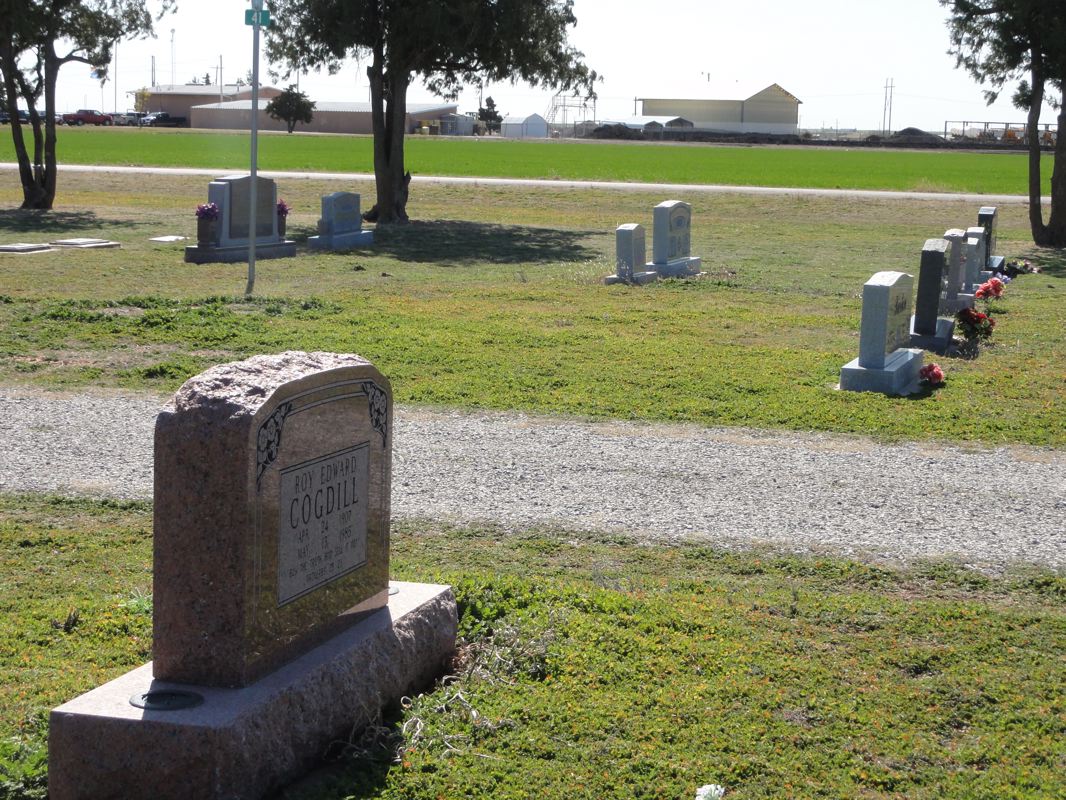 Photos Taken February, 2012
Courtesy of Scott Harp
www.TheRestorationMovement.com
Web editor note: In February, 2012, it was my privilege to visit the grave of Roy E. Cogdill. I was invited to take part in the annual Affirming The Faith Lectureship in Oklahoma City, Oklahoma. Getting into the area early, I was afforded the opportunity to put about 2000 miles on a rental car in order to locate graves of gospel preachers and church leaders of yesteryear in a wide area. My second day I was able to visit the grave of Roy E. Cogdill.