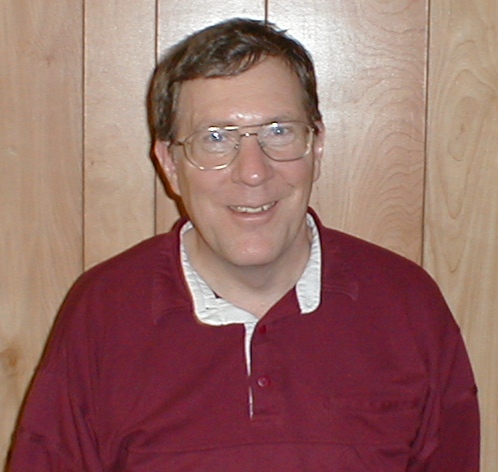 David Thomas Guthery, age 56, of Morrilton, Arkansas, passed away Thursday, January 1, 2009. He was born February 11, 1952, in Wadsworth, Ohio, a son of the late Avery Guthery and Katie Etheridge Guthery. He was a missionary, house parent at the Southern Christian Home, and member of the Downtown Church of Christ.

Funeral services will be 10:00 a.m. Monday, January 5, 2009, at the Downtown Church of Christ with Mr. Steve Spillman and Mr. Randy Rankin officiating. Burial will be at Dibble Cemetery, in Dibble, Oklahoma. Local arrangements are by Harris Funeral Home of Morrilton. The family will receive friends from 4:00-6:00 p.m. Sunday, January 4, at the funeral home.

A Legacy Of Love 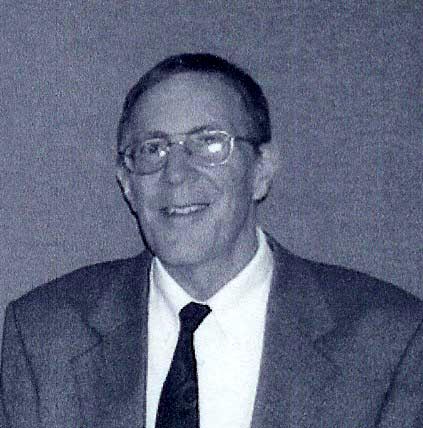 On January 1, 2009, David Guthery lost his battle with cancer that he had been fighting for two and one-half years. Though we mourn his loss, we can rejoice in his new home with God.  He is survived by his wife of 28 years, Dessie, of Morrilton, as well as their son, Timothy, of Enid, OK.  Other survivors include his brother Ken Guthery (Tampa, Fla.), and three sisters: Karen Guthery (Tampa, Fla.), Lynn Molnar and Janet Dolan, both of Akron, Ohio.

The legacy of love in Morrilton began on March 1, 2002, when David and Dessie became houseparents at Southern Christian Home. During that time, approximately sixty young men came through the doors of the McKnight Cottage where David and Dessie lived. For many of the children, they came into a new and different world. It was a world of love and acceptance, of care and forgiveness, and especially a world where God and His Son Jesus were the Masters. For many of the children, this different world was in stark contrast to drugs, alcohol, sex and selfishness that were used by Satan.

It took adjustments on the part of these children and teenagers to get accustomed to this new world, and some never did make the adjustment. It also took a large portion of love on the part of David and Dessie to assist these young people while they adjusted to their new surroundings.  While under the direct care of David and Dessie, these children grew as Jesus did: in wisdom, stature, and in favor with God and man.  With David, the emphasis was placed upon the favor with God.  While at Southern Christian Home, 31 of the young people who lived with David and Dessie during some of their stay were baptized.  Thirty-one precious souls can say that David had an influence on their eternal salvation. This is quite a legacy of love, but it does not stop here.

I first became acquainted with David Guthery while we were students at Harding College between the fall of 1972 and the spring of 1974. He was a year ahead of me, having transferred from Freed-Hardeman College.  We lived on the same dorm wing too.  Missions and music were important in his life then, as David was involved in the group known as Campaigns Northeast and the Harding Chorale. He continued to be involved in Campaigns Northeast following his graduation. While working with Campaigns Northeast in New Jersey, he met Dessie Steelman; they eventually married in 1980 in Minneapolis.

In 1982, David and Dessie began a work that he would continue, in some fashion, the rest of his life.  They went to Querétaro, Mexico, and began an eighteen month stay there. During this time, David became fluent in Spanish. They began work with a small congregation of about 10 people. They returned to Querétaro again in 1995 and stayed for five years. During their stay there, the one small congregation of 10 grew to 100.  In addition, five or so more congregations were also begun in the surrounding areas. In addition to this work, David went on four short mission trips to Mexico, some with the Downtown Church of Christ in Morrilton. Some of the children in his cottage accompanied him on three of these trips. These trips found David building and painting houses, while Dessie and the girls that went would work with the Vacation Bible School. David also worked with the local Hispanic Church of Christ to assist them in any way needed.  Once again, this is quite a legacy of love.

In between the two mission efforts in Querétaro, David worked in McAllen, Texas, helping to establish Hispanic churches on the United States side of the border.  He and Dessie also participated in Vacation Bible Schools in Mexico during this time, including Querétaro.  David also went on three medical mission teams into Mexico while at McAllen. He had previously worked on two other medical mission teams which helped in his decision to work there full time.

In his “spare time,” David enjoyed hiking, fishing and especially genealogy work.  He took the boys in his cottage hiking and fishing on numerous occasions. He and Dessie worked in Bible camps in Missouri, Texas, Mexico, and Arkansas. He also loved playing and teaching piano.  His calm, easy spirit was a calming influence on all he met, especially the children who lived with him.  He leaves big shoes to fill and quite a legacy of love.

-(Article written by Charles Lovelace. Reprinted with permission from The Home Visitor.)
- http://crazyforacure2009.org/2009/03/a-legacy-of-love/

Directions To The Grave of David T. Guthery

David Guthery is buried in the Dibble Cemetery in Dibble, McClean County, Oklahoma. From Oklahoma City, travel south on I-35 to Purcell. Take Exit 91/Hwy. 77/74 and turn left. Go about a half mile and turn left on Modoc Street/Hwy. 39. Go 14.5 miles to Dibble. In the little town turn right on McArthur Ave. The Dibble Cemetery will be on the right. Enter the main entrance and go to the third right. The Guthery plot is the second on the left. 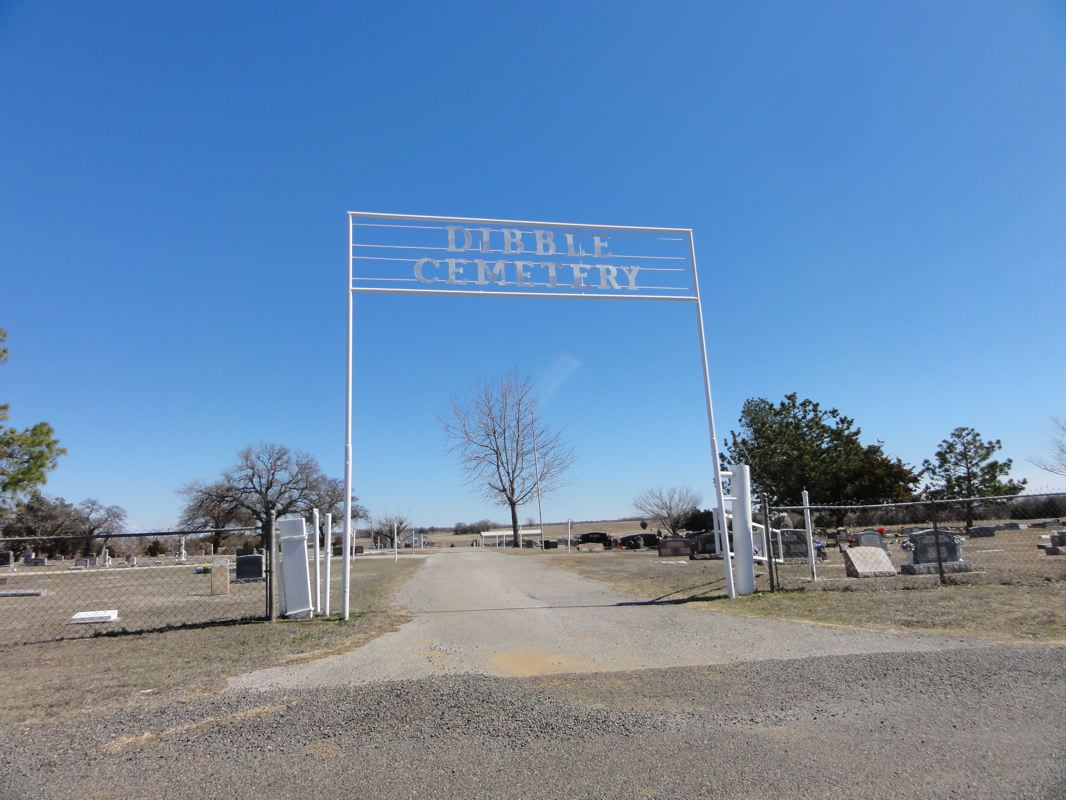 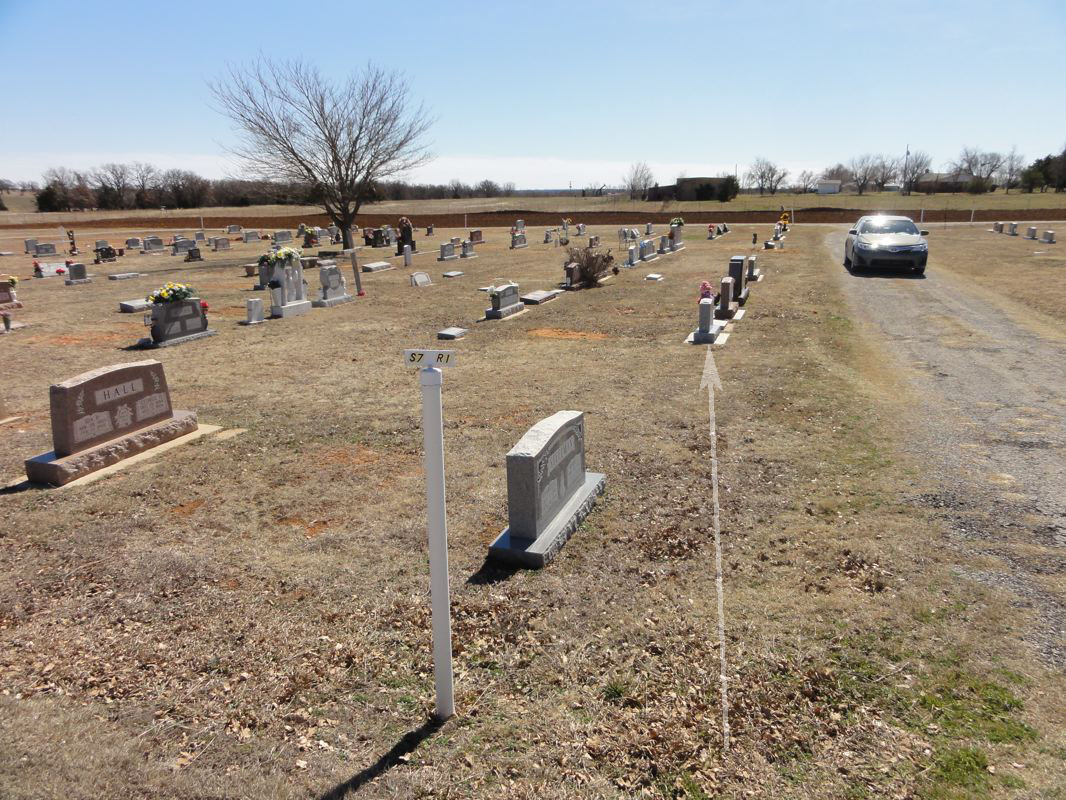 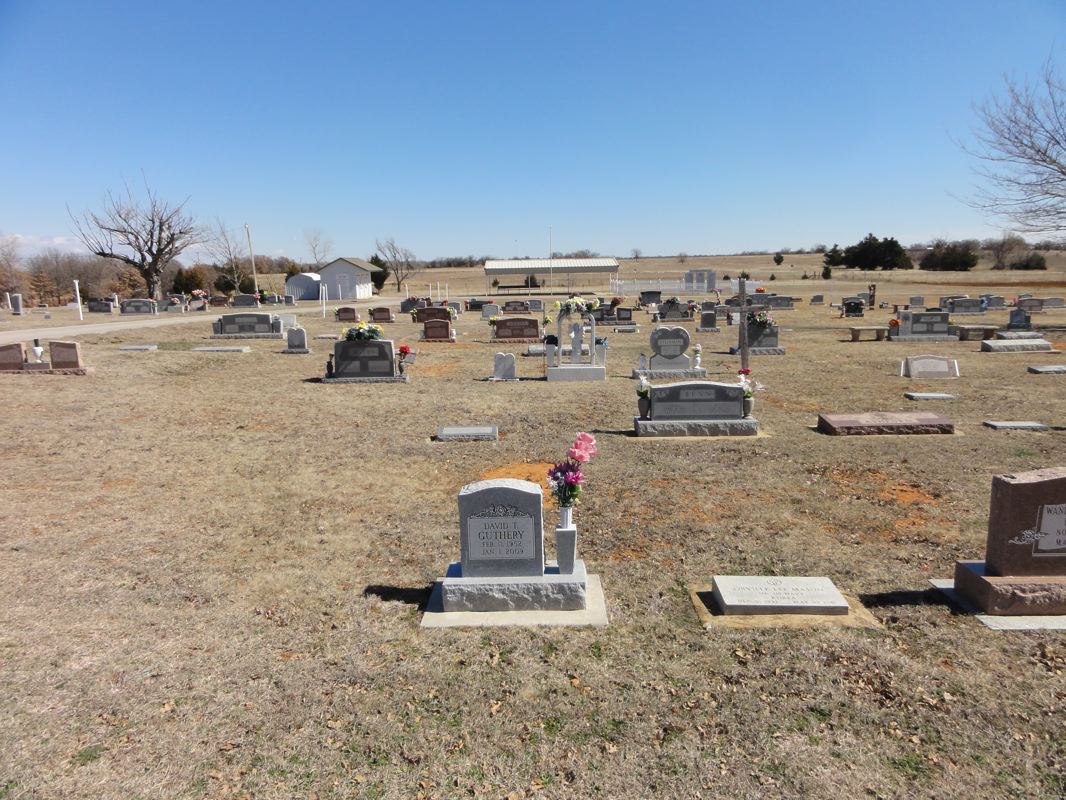 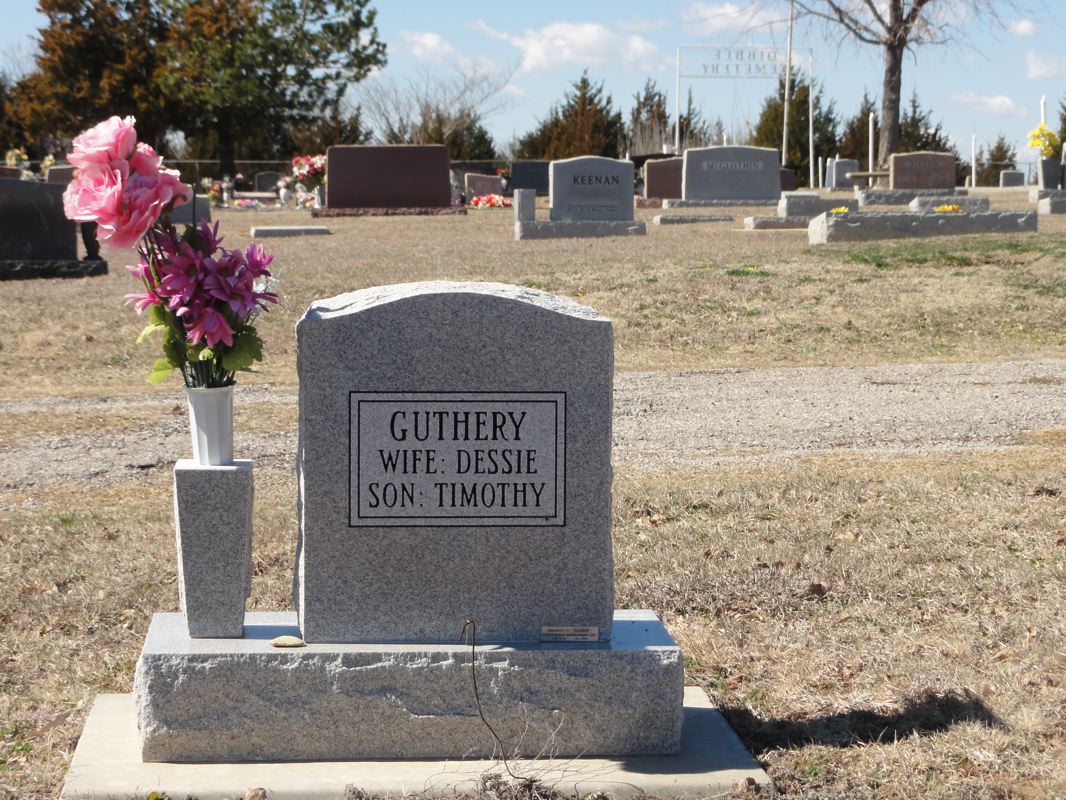 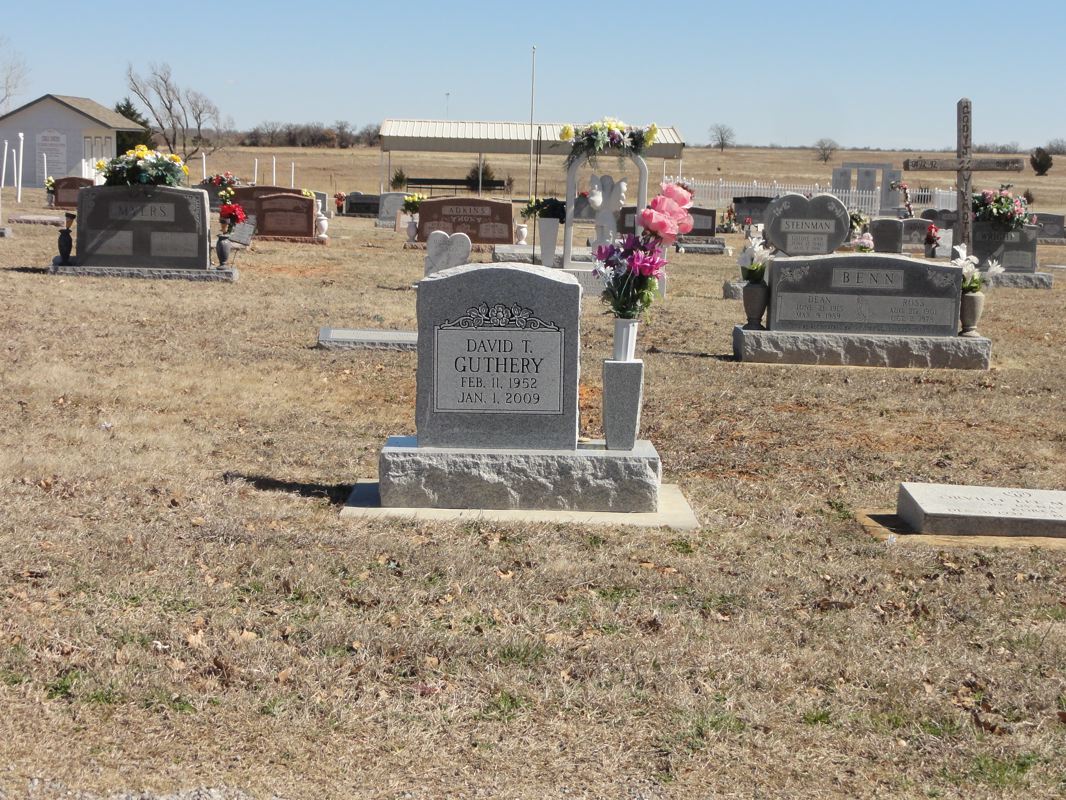 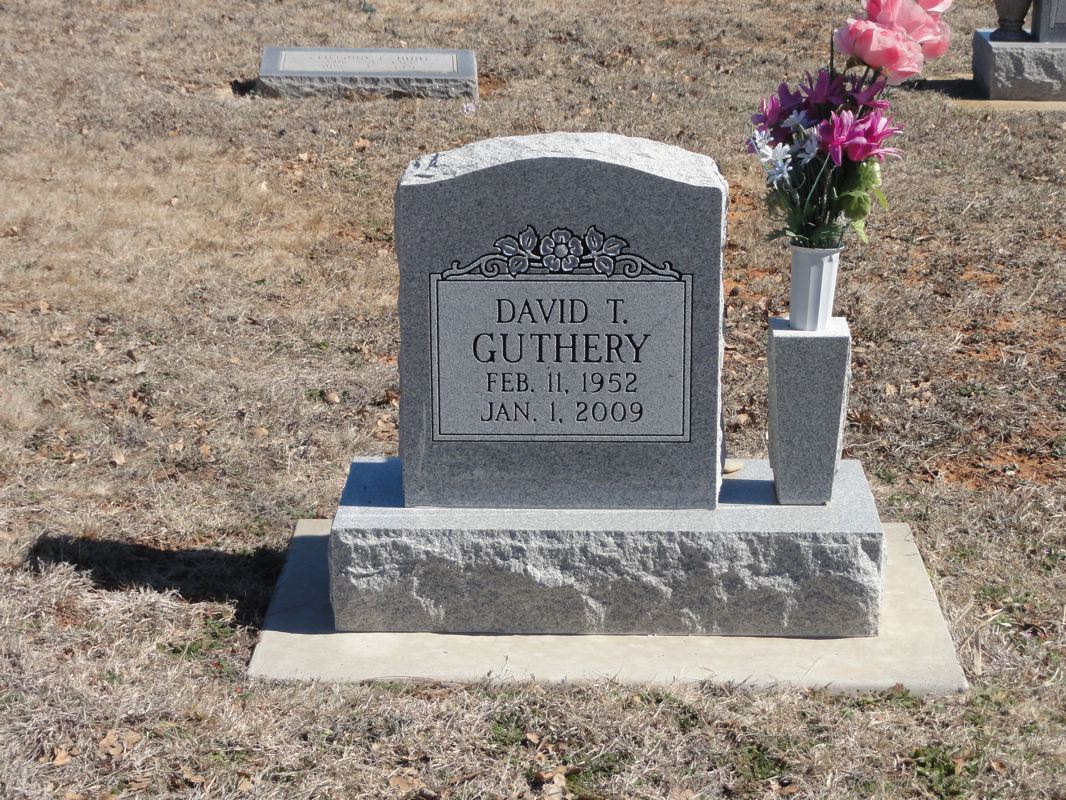 Web editor note: In February, 2012, it was my privilege to visit the grave of David Guthery. I was invited to take part in the annual Affirming The Faith Lectureship in Oklahoma City, Oklahoma. Getting into the area early, I was afforded the opportunity to put about 2000 miles on a rental car in order to locate graves of gospel preachers and church leaders of yesteryear in a wide area. My fifth day I was able to visit the grave of David Guthery.