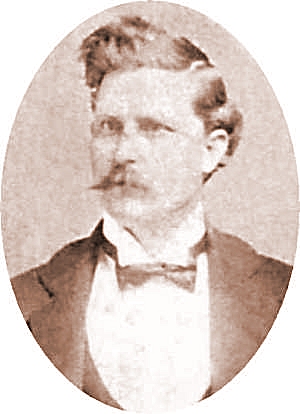 Brief Sketch On The Life Of J.H. Lawson 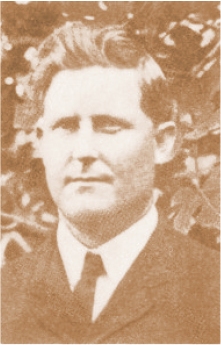 J. H. Lawson was born June 12, 1867 in Lawrence County, Arkansas where he grew to manhood.

January 12, 1891 he married Miss Ocra Fay Flythe, who became a faithful and devoted wife and mother. Ten children were born to the family, three of whom died in early life.

Best accounts available show Brother Lawson began preaching when 21 years old. Then for 18 years until 1906 he devoted his entire time to the work of an evangelist, holding meetings and debates in Arkansas, Kansas, Mississippi, Oklahoma, Missouri, Tennessee, Alabama, and Texas. He had baptized more than 2,500 persons, established 36 congregations and engaged in sixty religious discussions. He met some of the best known debaters among the denominations--Ray, Hall, Cauce, Weaver, Williams, and others. He authored a number of tracts and books.

At the openings of the Kiowa-Commanche Indian Reservation in Oklahoma, he moved his family into it, and for nearly three years he gave his time to establishing Churches of Christ in that country. Sixteen congregations were established as direct results of his labors.

In 1906 he lost his home by fire. Sickness and deaths in his family added to his difficulties, and he found himself in debt. In 1908 he gave up his evangelistic work and went before the Supreme Court of Oklahoma and was granted a certificate to practice law. He was admitted to the bar on December 3, 1908 having made the highest grade of the seventy-seven who took the required examination at the same time.

Success as an attorney was great. Records show that by 1911. He had more than thirty cases in the District Court and won every one of them. While practicing law he continued to preach each Lord's day and longed for the day when he could again enter the evangelistic field. Of course, the day came.

Brother Clarence Smith told me an interesting story. He had been engaged to lead the singing in the early 1930's for a meeting in which Brother Lawson did the preaching at Lynn, Arkansas in Brother Lawson's home county. They had gone down to the General Store at Strawberry together one day when they found a checker game in progress. The custom then at most general stores was for two to play until one had won two games out of three. He then gave up his seat to another who challenged and who then tried his skill. They bantered the preacher to take the empty seat. He pleaded that he wasn't too good and hadn't played lately, but on their insistence took the vacant seat. He kept the winner's seat until he had won the championship of the town and retired undefeated. It built up his status quo considerably and added to the respect the town had for him. It was a pleasure to hear the checker champion preach.

BIOGRAPHICAL SKETCH OF THE LIFE AND LABORS OF J. H. LAWSON 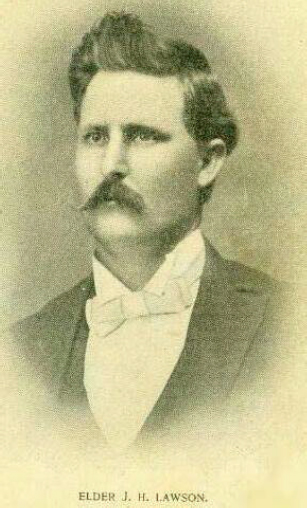 Brother LAWSON was born in the foot hills of the Ozark Mountains, Lawrence County,. Arkansas, June 12, 1867.

His boyhood days were spent among those lofty hills and winding streams which are so attractive to the student of Physical geography.

He had a great fondness for study and was noted for his aptness in surmounting difficulties, so that in early age he was regarded by his associates as their leader. He began speaking in public when only twelve years old, and was considered one of the best speakers of his community. At the age of eighteen he began to make political speeches, and his services were ever in demand by his party, and, although not allowed to vote at that age, yet was many limes called upon by his party to debate with able men of the opposing party. His force of speech, simplicity of presentation, and earnestness in delivery, won for him the admiration of every one. Brother Lawson has a disposition that makes him attractive, and wears a countenance expressive of gayety and mirth. His manner makes one feel perfectly "at home" when in his presence, and "to know him is to love him." Those who know him best love him most.

January 11, 1891, Brother Lawson was married to Miss Ocrie Blyeth who has proved herself an amiable and devoted companion. Five children have been born to them. Their names are; Belva, Maulsie, Lorine, Dale and Thelma. Brother Lawson was raised in the Methodist faith and at an early age "got religion" and joined the Methodist church. He was very prejudiced against the disciples, and thought they taught a dangerous doctrine. He began to read his Bible closely, to expose, as he thought, this heresy, but, after a careful examination found that they preached and practiced as the Bible directed.

He was baptized November 19, 1891, during a protracted meeting held at Strawberry by Brother E. N. George, and soon began preaching the word of God. His first sermon was crowned with success, for at the close an invitation was given to confess Christ, when a noble young man came forward and made the confession and afterward became a preacher of the Gospel.

During Brother Lawson's ministry of six years he has held twenty-five debates with leading men of the different denominations, and baptized over one thousand people.

Brother Lawson is a natural debater and, in my estimation, heads the list of debaters in the South. Yea, I doubt if there is a man in the United States who stands above him as a debater. He has his lesson well, and knows how to present it; he is quick, witty, forcible, and a natural orator. I have heard him in six debates with the following men: Kuykendall, Lawrence, Mansfield, Williams, (Missionary Baptists) Cayce, (Primitive Baptist) and Minnis, (Methodist.)

I have never seen him taken by surprise in debate or heard his opponent make an argument that he could not answer immediately. He is ever ready, not only in the Bible, but in church history as well, and, I believe, is able to meet any man on the polemic rostrum. He is kind and gentle, yet firm and steadfast.

Brother Lawson has spent most of his life as a preacher, in the field as an evangelist. He has received calls for meetings from many States in which he has never been, and has preached and debated in Arkansas, Missouri, Kansas, Texas and Indian Territory. He is a successful evangelist and one would not think from his preaching that he is in the habit of debating. Brother Lawson has never held a meeting without strong solicitations for his return for another, and has been called, and held seven protracted meetings with one church.

He has held four protracted meetings for the Houston Street Church, Sherman, Texas, also one debate of ten days' duration in the same church, and his services are more eagerly sought by them now than ever before. He "wears" well, and the oftener you hear him the oftener you want to hear him.

Brother Lawson is the author of several "tracts," and has written extensively for a number of the leading religious journals of the Church of Christ. He expects to spend his life preaching, writing and debating, and, backed by a strong and united brotherhood, is bound to succeed. He depends on the One Book for success. I have written thus freely of Brother Lawson, and hundreds will testify that what I have said in his praise, is truthfully said.

May the blessings of God attend us all in our efforts to do good, and finally bring us to the crown of life, is the prayer of a fellow-laborer in the kingdom of Christ.

Location of the Grave

J.H. Lawson is buried in the Memorial Park Cemetery in Oklahoma City, Oklahoma. The cemetery is located at 13400 N. Kelly, Oklahoma City, OK 73131-1295. Contact the office at 405-478-0556. Take I-235 through the center of the city heading north. After crossing I-44 the road becomes Hwy 77. It is best to get off Hwy. 77 at the E. Hefner Exit and head east. Turn left on N. Kelly Avenue. Just after you pass under the John Kilpatrick Turnpike you will see the cemetery on the right. Enter the cemetery from North Kelly Avenue in front of the offices and go to the right of the office. Bear to the right and go out Arlington Way to the second left. Turn left and Section 25 should be to your left and 28 on your right. Go to the next section on the right. This is Section 29, Lot 84, Space 3. While in the cemetery be sure to visit the graves of other preachers of the past: James O. Baird and Doug Lawyer. 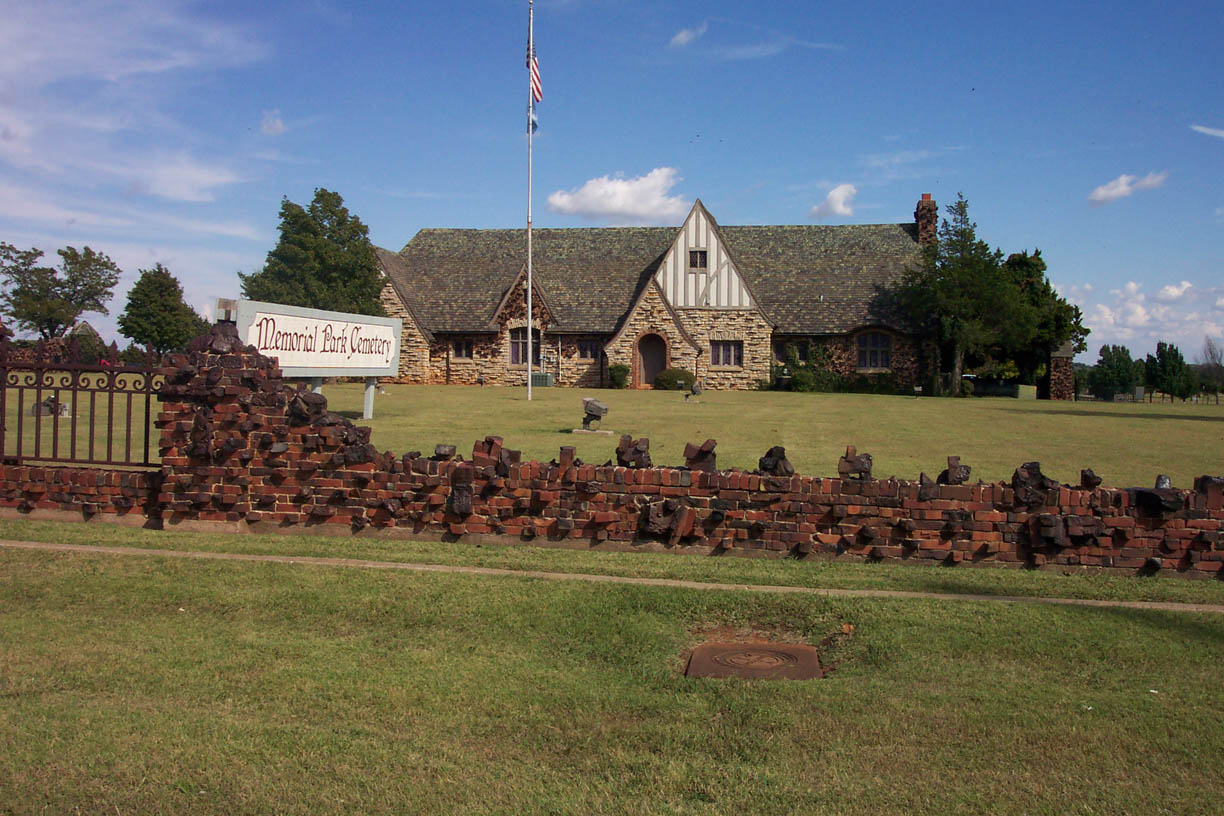 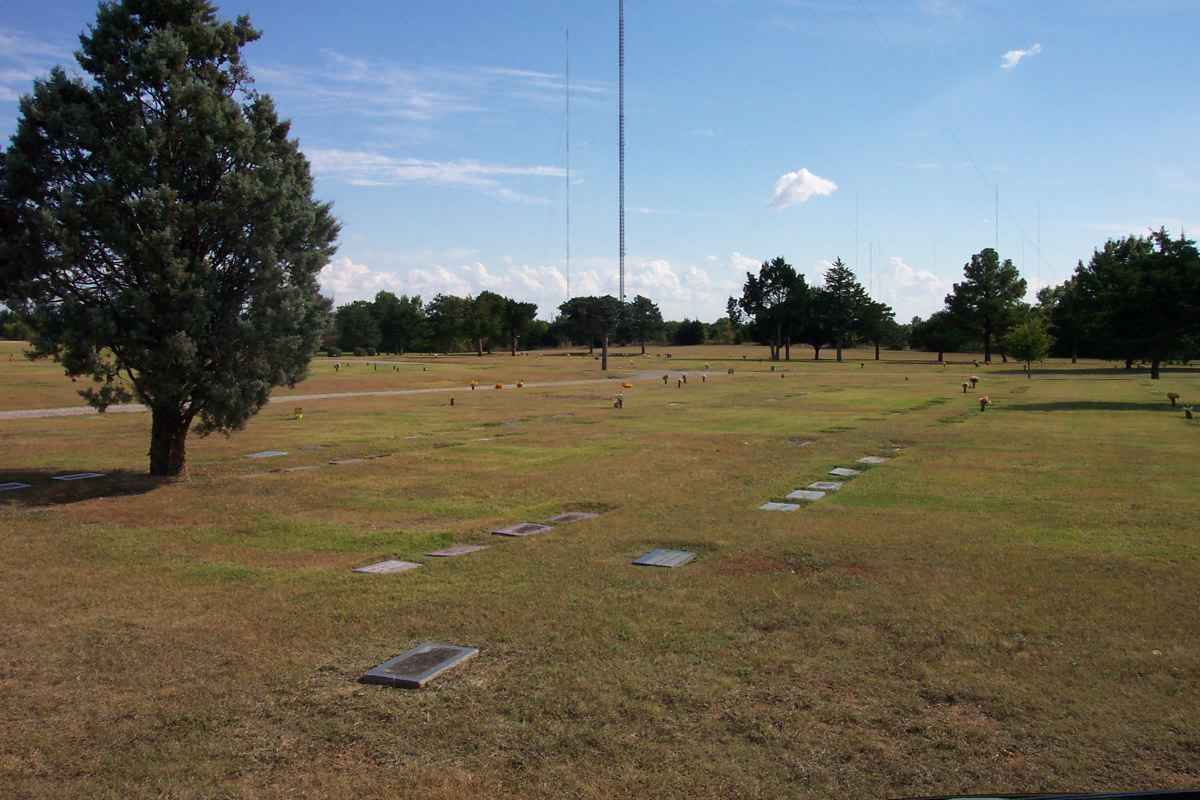 Lawson Grave In The Foreground 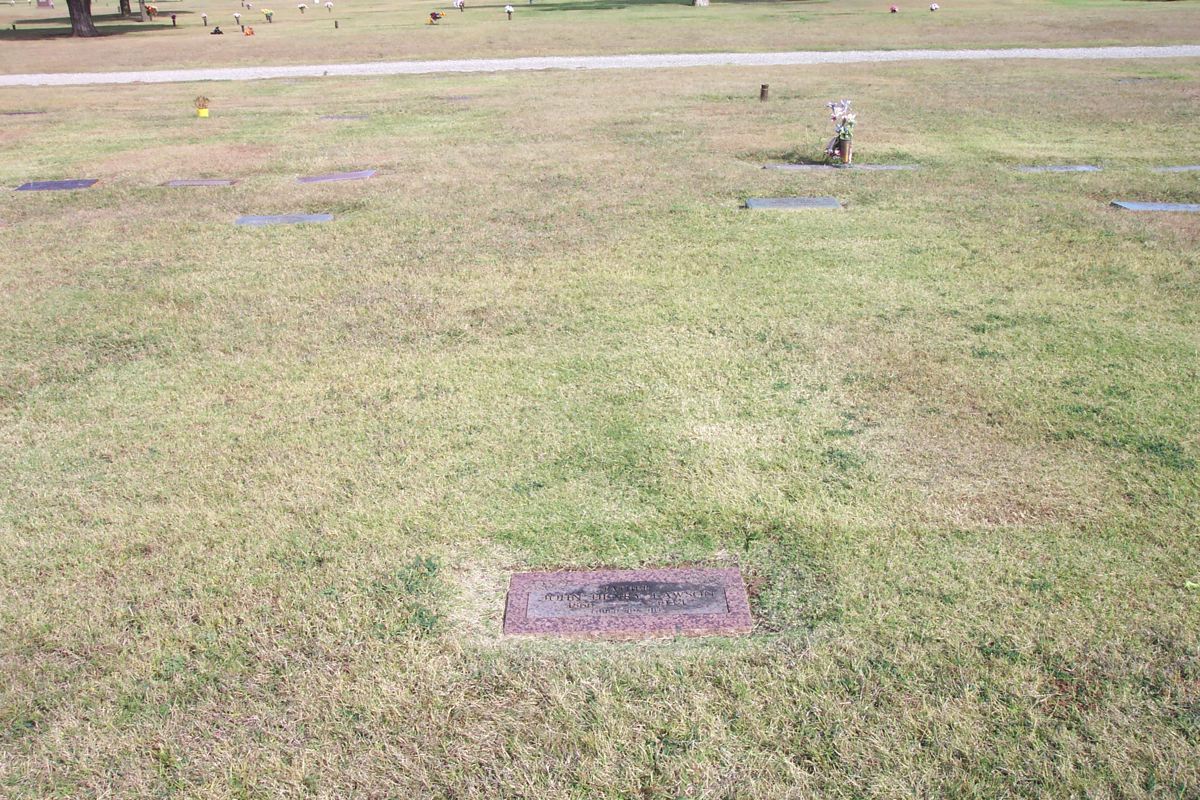 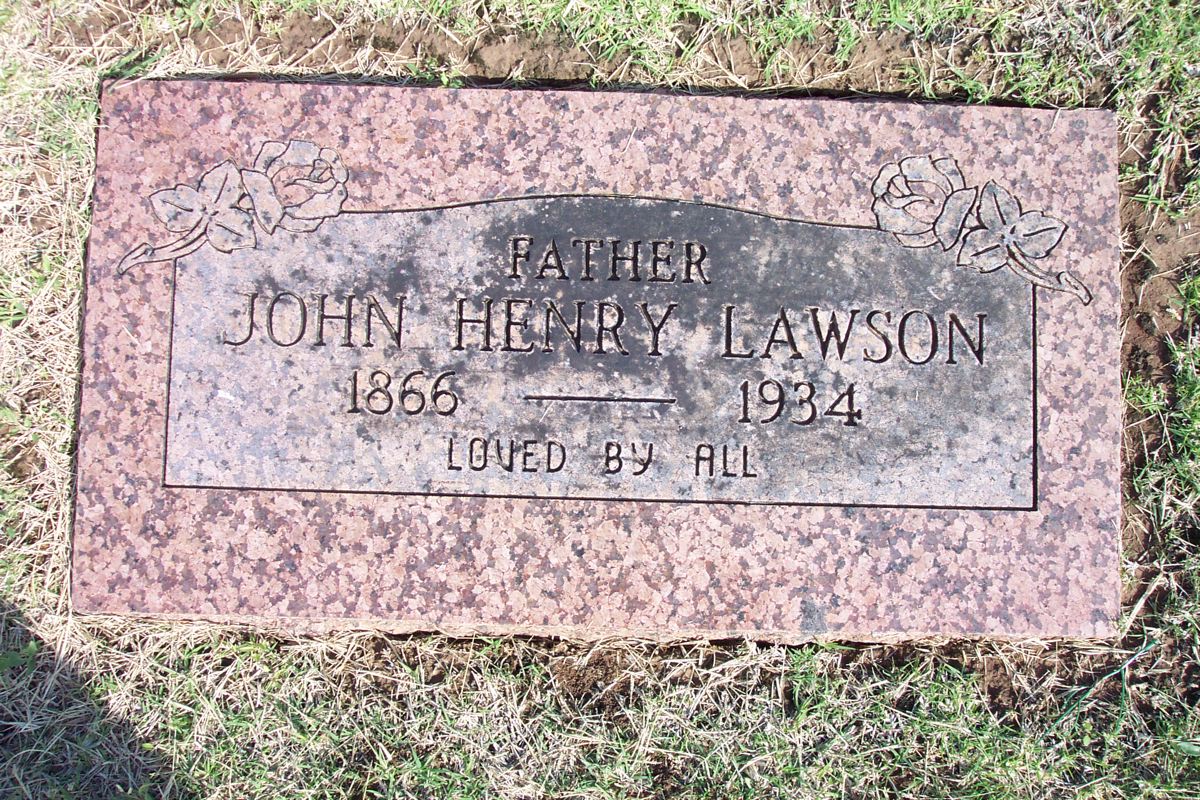 *Mistake On The Foot-Marker: The stone records that J.H. Lawson died in 1934.
However, according to cemetery records he died in 1935.
In fact, over 30 years passed without a marker for his grave.
When a marker was finally placed there in the 1960's,
the marker was mislabeled as the death taking place 1934.