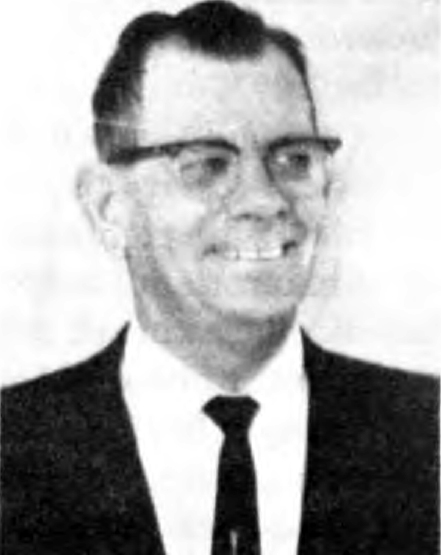 The Life of Dick Lynn

Dick Lynn, a well and favorably known preacher in Southern Oklahoma, was born January 28, 1907 at Oakland, Indian Territory. His parents were J.Y. and Alicia Lynn, who were faithful Christians. His father supported his family by drilling water wells. Dick had three sisters, all of whom were faithful and active Christians. He was brought up in the church at Oakland, one of the oldest congregations in Oklahoma. There, under the preaching of the inimitable John M. Rice, he obeyed the gospel in August, 1914, while he was still quite young, thus remembering his creator in the days of his youth. His grade school work was done in Oakland, and he did his High School work in nearby Madill. This area, in the very early days, was a stronghold for New Testament Christianity, extending not only to Madill, but to the West including such places as Lebanon and Mannsville. The lamented R. W. Officer did much of his early work in this area, as well as just about all the faithful preachers who came into the section. Here Dick grew up and spent most of his life. He was held in high esteem by the brethren and by the community in general. We do not know when he first wished to become a gospel preacher, but his wife gives his mother credit for instilling that worthy desire into his heart. He began preaching, after having been an active “church worker” for many years, in June of 1955. Of course his first sermon was preached in Oakland. On July 27, 1928 he was married to Miss Elizabeth Cornelison, daughter of Jesse and Nina Cornelison. She too, had grown up in a Christian family, and both the families had been active in The work back in Mannsville. It is always a fortunate thing when two faithful Christian families can be thus united. When they were ready to be married, they drove to nearby Tishomingo (because it was on the way to where they were going) and here John Stobaugh, gospel preacher, united them in marriage. On child, Gerry Brent, was born to them.

Dick’s work and life were mostly in the area where he grew up. However, he did work in the oil fields in his early life, at first working as a “rough neck” and finally he became a driller. This caused them to move about some, but they finally built a residence at Oakland, and that was “home” from then on, though he did move a few times after he began to preach.

After he began to preach, he preached for The Church in Blue, Oklahoma beginning in 1965, then to Kiowa to work with The Church there, then to Stuart, when he returned to Oakland where he spent the rest of his life.

When I first became acquainted with him, I was working (between meetings) to help build Central Christian College in Bartlesville. When passing through Madill I usually stopped in his filling station to visit with him, for he was always a pleasant one to visit with, and he was always interested in the college, and seemed anxious to do anything he could to help it along. He had gone into the wholesale gasoline and oil business there, in addition to operating the service station about 1950. He continued in this business until 1961. He seemed to have a good business, for people respected him. During these years he was active in the work of The Church, and it was in this time that he began to preach.

On April 4, 1964 he suffered a heart attack. He was taken to the hospital in Ardmore, where he remained for thirteen days. He returned home and in due time resumed his preaching work. He was able to so continue for the next nine years. On April 11, 1973 he suffered another attack, this one being fatal. He was in his home in Oakland. Services were conducted in the Madill meeting house, where he had so many friends and brethren from his long and useful life. Vance Crowe and Grady Cooper, two faithful gospel preachers who had long been fellow workers, conducted the service. His body was laid to rest in the Oakland cemetery, and there awaits the resurrection.

May God continue to bless his memory, for he was a good man, full of the Holy Spirit and of faith.

-Loyd Smith, Gospel Preachers of Yesteryear, pages 202,203 / This article first appeared in the Christian Worker January, 1984. It is a timed piece, thus some listed as living may now have passed.

/Directions To The Grave of H.G. Lynn

Dick Lynn is buried in the Oakland-Madill Cemetery in Oakland, Marshall County, Oklahoma. Access is available from the southern end of the state on I-35, just south of Ardmore. Take Exit 29, Hwy. 70, and head east toward Madill. Just before getting in Madill, you will enter Oakland. The cemetery will be on the other side of Oakland, just as you enter Madill, on the left. (Note: there is an Oakland cemetery on the right before you get to this cemetery. It is the wrong cemetery!) Enter the second entrance, past the sign, and head up the hill. Take the second right at the top of the hill and go back one section and turn left. At the next corner, stop your car and go to the corner of the section on your left. Street markers were present when I was there, and the marker that says BLOCK 3 is where you want to be. Go to the sign and begin looking down. The Lynn plot is next to the sign, close to the NW corner of the section. 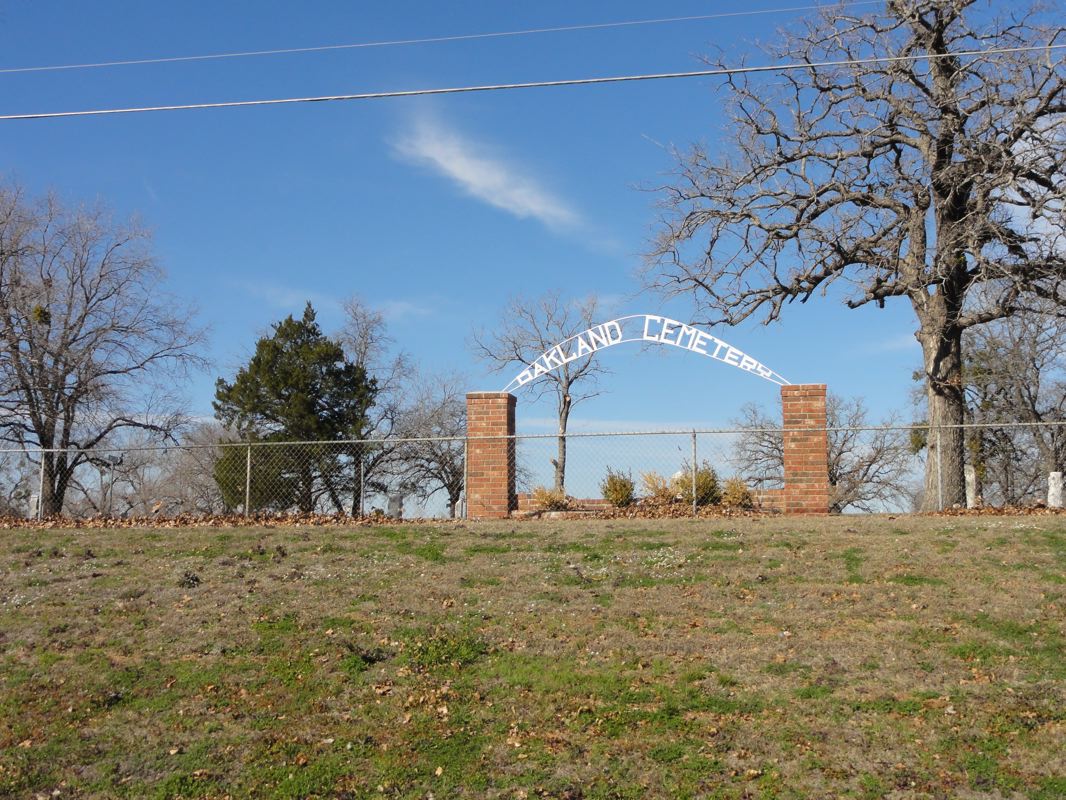 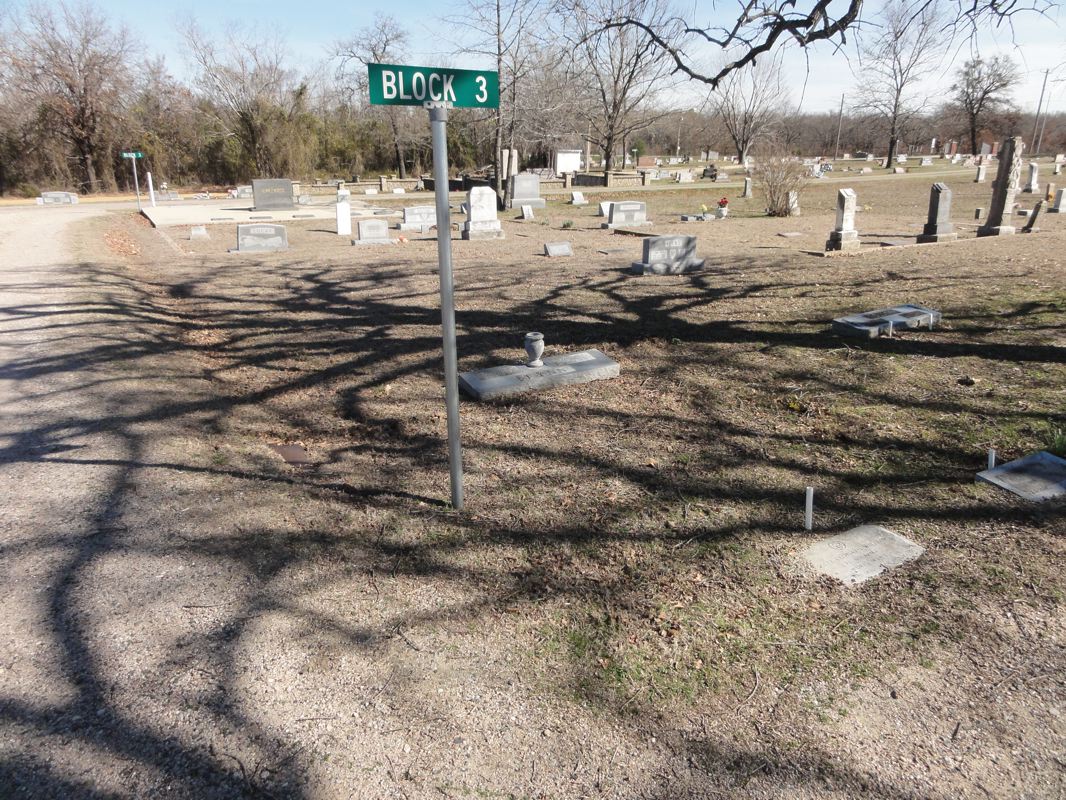 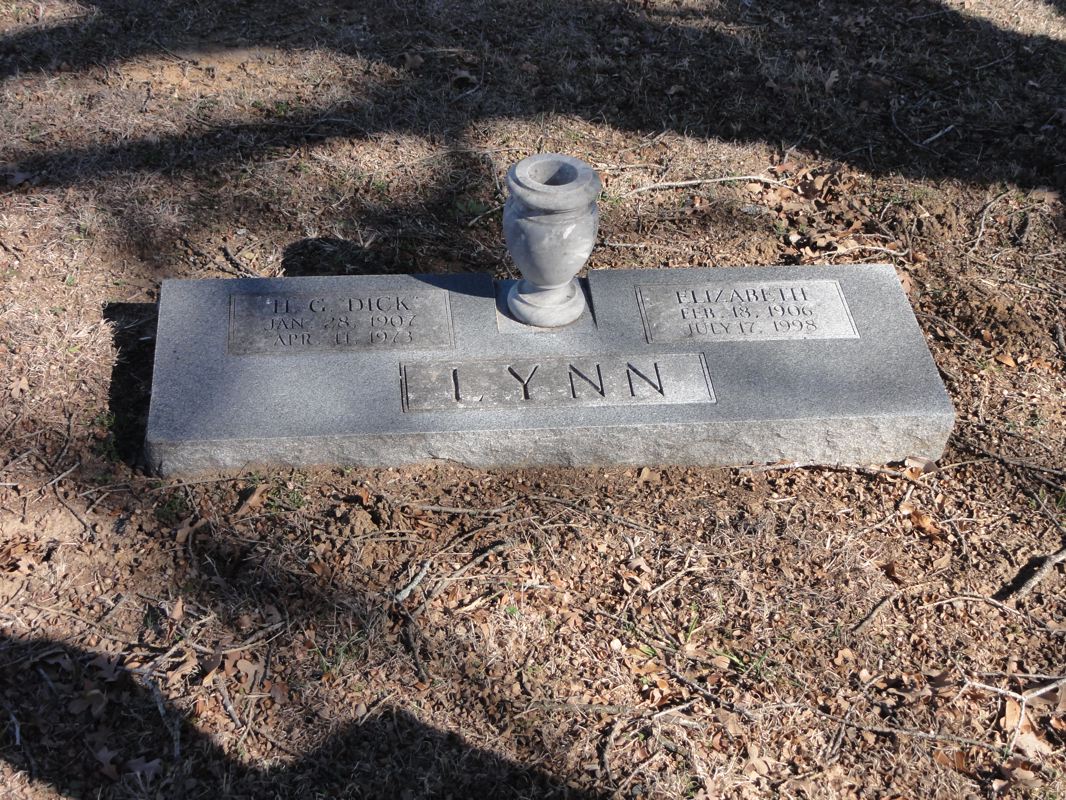 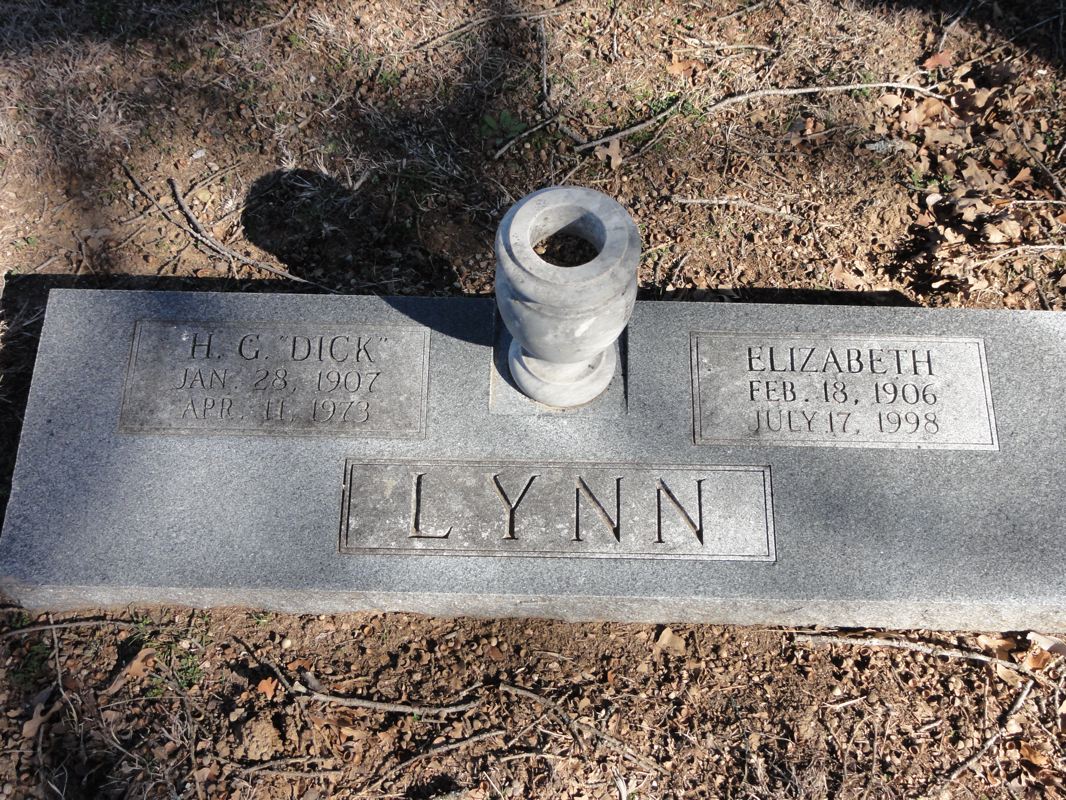 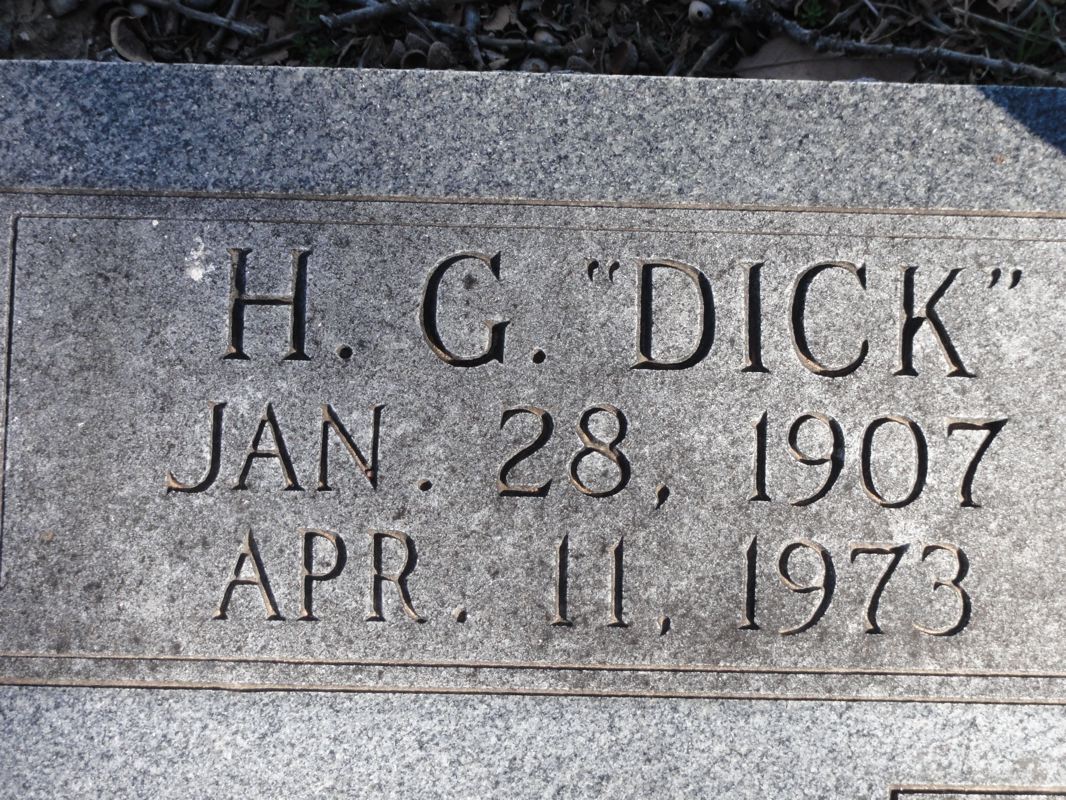 Web editor note: In February, 2012, it was my privilege to visit the grave of Dick Lynn. I was invited to take part in the annual Affirming The Faith Lectureship in Oklahoma City, Oklahoma. Getting into the area early, I was afforded the opportunity to put about 2000 miles on a rental car in order to locate graves of gospel preachers and church leaders of yesteryear in a wide area. My fourth day I was able to visit the grave of H.G. Lynn. I notice as I publish this site to the web, that today marks the 14th anniversary of the death of Elizabeth Lynn. Today is July 17, 2012.