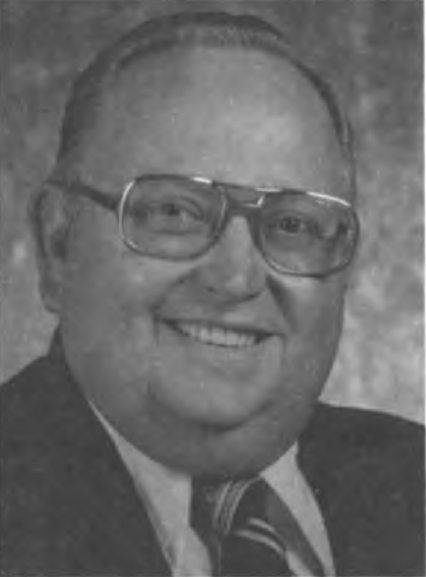 The Life of W.R. Moody

Wendell Ray Moody was born August 3, 1932 in Pauls Valley, Oklahoma of Oscar and Ora Moody, faithful Christians who made their living in the upholstery and mattress business.

They had three other sons. I became acquainted with this good family when I was engaged in my first “local preaching” in Stratford, near Pauls Valley. Across the years I attended many services at the Pauls Valley church, and the Moodys were always there, and were often in attendance at nearby meetings. Wendell obeyed the gospel in 1941 at the age of nine years, being baptized by Robert Gulley at Pauls Valley. He attended the public schools of Pauls Valley through high school. He then attended Freed-Hardeman College at Henderson, Tennessee, which was then a Junior College. In addition to this work, he studied music and became a good song leader while still in high school and before he began to preach. I remember a meeting in which I preached near Maysville, Oklahoma in which he led the singing, and did it well. In the summers of 1948 through 1950 he attended four singing schools; two in Plainview, Texas, one in Oklahoma City, and one in Dallas, Texas. Ralph Godfrey, who played a very important part in his life in several different ways and times, urged him to preach and helped him to get started. Another who encouraged him to preach was Brother A1 McAlpine, an elder in the Pauls Valley church. Brother McAlpine went with him to the Love school house, ten miles west of Pauls Valley when he went there in December, 1950 to preach his first sermon. He did much work getting that first sermon ready, often practicing before a mirror. It would usually take him about forty-five minutes to cover his material, but when he “preached” it, he was through in ten minutes — not an unusual experience! Brother McAlpine had heard him go over it so many times that when he sat down by the big “pot-bellied” stove in the school house, he went to sleep and fell out of his chair.

On October 24, 1953 he was married to Miss Winnie Lou LaMarr, of Pauls Valley. She was the daughter of E.W. and Thelma LaMarr, who were also members of the Pauls Valley church. She obeyed the gospel at the age of seventeen, being baptized by Ralph Godfrey, who also performed their wedding ceremony. Two children were born to them. They are: Mrs. Norma Vernon, and Mrs. Carol Wishard.

Wendell began to preach when he was a junior in high school, and continued to preach at every opportunity. Soon after their marriage, they moved to Stroud, Oklahoma where he began his work as a “local preacher”. Other local work was in Pittsburg, Texas and Ringling, Oklahoma. He moved back to Pauls Valley, and did secular work for a time and preached on Sundays for the Church in Paoli. He did not remain long in this situation, for his heart was in preaching the gospel and not in selling life insurance. He moved to East Mountain, Texas, near Longview, where he resumed his work of preaching the gospel. Ralph Godfrey had become Superintendent of the Sunny Glenn Children’s Home in San Benito, Texas and he prevailed upon Wendell to join him there in that work as his “Assistant Superintendent”. Of course he continued to preach on Sundays. In June of 1958 he moved to Tomball, Texas where he resumed the work of “full time” preaching. In December of that year he accepted a cut in income to return to Stroud, Oklahoma because of a special need there. From there he went to Hallsville, Texas as “local preacher” for the Church. In December, 1965 he was invited to work with the Rush Springs, Oklahoma church, and he moved there the following February, but his father soon died in Pauls Valley and he felt he was needed in the family business there, so he, returned to Pauls Valley, but again, his heart was in preaching and he soon returned to Rush Springs. In 1968 Ralph Godfrey was serving as Superintendent of the Home For the Aged at Gunter, Texas, and again he needed Wendell and Wendell went there as his “Administrative Assistant.” In 1970 they moved to El Reno, Oklahoma where he worked with the London and McComb church, and this was followed by a period in Sallisaw, Oklahoma. In June, 1975 he moved to Sulphur Springs, Texas where Wendell did a one year apprenticeship in order to qualify for a license to serve as the administrator of a nursing home. While in this work, he preached at Campbell, Texas. In October, 1976, they moved to Duke, Oklahoma where he worked with the Church for several years. In October of 1979 he became Superintendent of the Westview Boy’s Home at Hollis, a position he held for the rest of his life. He had Carl Wills as his Assistant, and they enjoyed their work there together, for they had been close friends for many years.

While returning to Hollis from a trip to Oklahoma City in December, 1980, he was stricken with severe chest pains and was taken to the hospital in Chickasha, where he remained for three weeks. This was followed by a stay of a week in the home of a niece in Oklahoma City, when he returned to Hollis. But he had had a “massive” heart attack, and he was unable to work, except perhaps for an hour or so a day, and then he was to be shielded from anything that might produce any stress. He gradually improved, and in February, he and Carl Wills went to the lectureship at A.C.U. in Abilene. They returned to Hollis on Wednesday of that week, and the heart trouble returned that night. He was taken to his doctor in Oklahoma City, but the problem was too great, and on Feb. 26 at 11:22 p.m. his soul took it’s flight “for worlds unknown” — except by faith at the early age of forty-eight.

Services were conducted in the meeting house of the brethren in Hollis at 1 p.m. on March 2, 1981 by Bill Wiley and Doyle Bloomer. Norman Wilson, Carl Owens, Richard Dempsey, Ed Jones, Burl Butler, and Alvin Lunsford, house fathers in the West View Home, served as pall bearers. The Board of Directors of the Home served as honorary bearers. The body was returned to his native Pauls Valley that afternoon and at five thirty was returned to the earth in the Mt. Olivet cemetery.

Brother Moody’s life was “short”, but he used well the time the Maker gave him. He did “remember” his “creator in the days of his youth”, and all the days he spent upon the earth. No man can do better than that! He was a pleasant person to be with, and people liked him, making it possible for him to be a very useful worker in the Lord’s work. I met him and Brother Wills in the tent at the A.C.U. lectures that last winter. He looked well, and was cheerful concerning the prospect for continued improvement in his health, for he expressed determination to do exactly as the doctor told him. But it was not to be. Having known him rather well for most of his life, I am confident that he is now with the redeemed. What a blessed thought!

-Loyd L. Smith, Gospel Preachers of Yesteryear, Pages 238-240, This article first appeared in the Christian Worker, October 1985. It is a timed piece. Some mentioned as living, perhaps are now deceased.

Directions To The Grave of Wendell Moody

Wendell Moody is buried at Paul's Valley, Oklahoma in the Mt. Olivet / Paul's Valley Cemetery. Heading south of Oklahoma City on I-35, take Exit 70, and head east (left) on W. Airline Road. Turn right on Airport Industrial Road. Turn left on Hwy. 77, and the cemetery will be on your right. Enter the main entrance and take your sixth road to the left. You will be in the rear of the cemetery. When you have turned left, go up four sections on your right to the end of the section. Look for Section 30 sign. The Moody grave will be in the NW end of the section, just to your right. 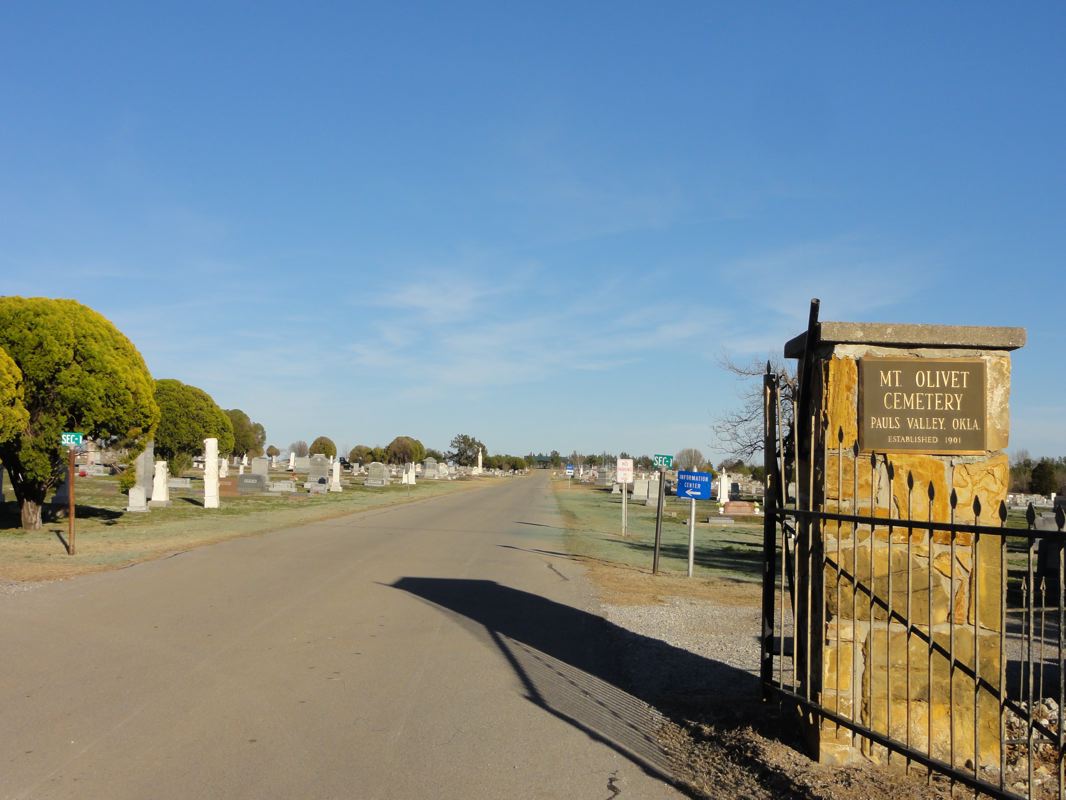 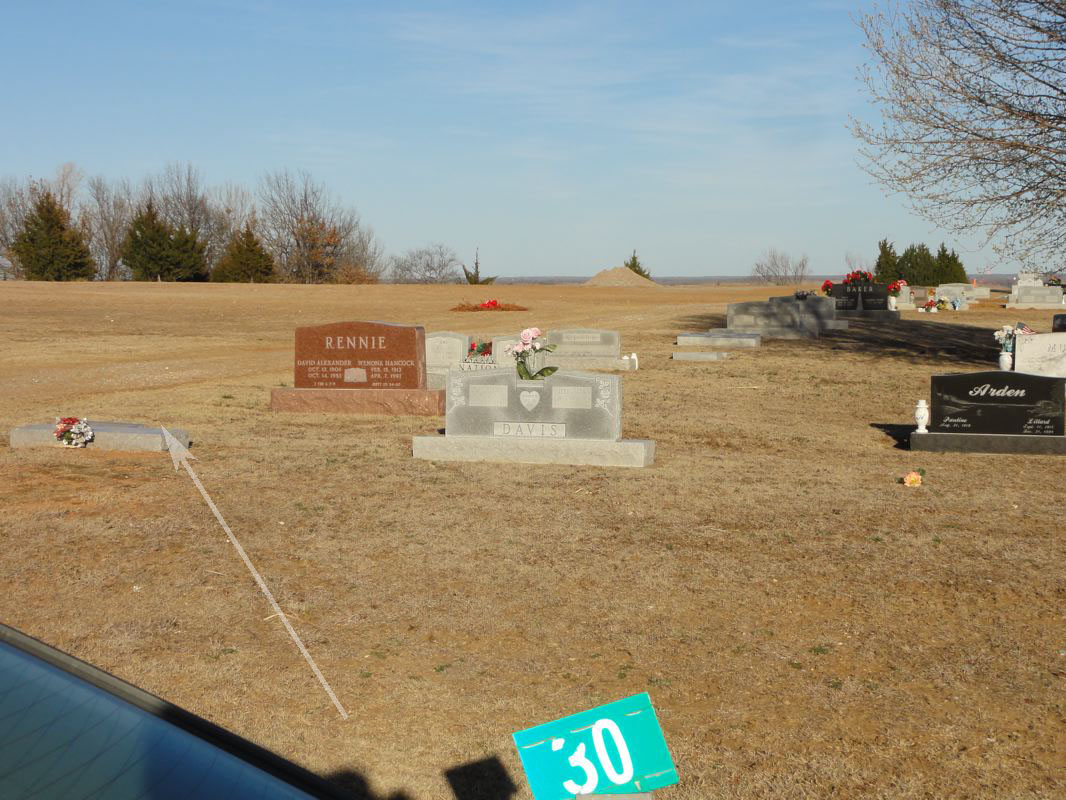 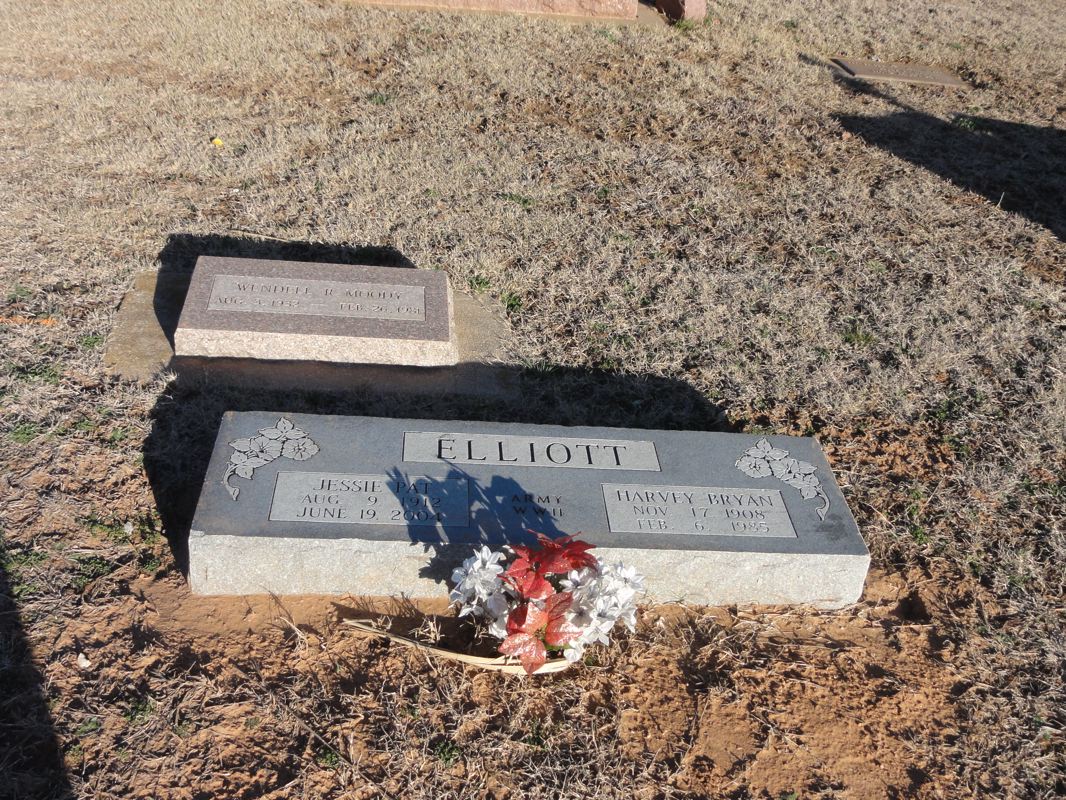 Web editor note: In February, 2012, it was my privilege to visit the grave of Wendell Moody. I was invited to take part in the annual Affirming The Faith Lectureship in Oklahoma City, Oklahoma. Getting into the area early, I was afforded the opportunity to put about 2000 miles on a rental car in order to locate graves of gospel preachers and church leaders of yesteryear in a wide area. My fourth day I was able to visit the grave of Wendell Moody.