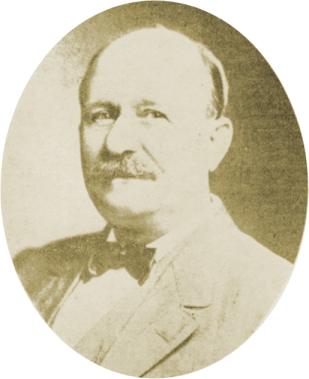 Biographical Sketch On The Life Of W.N. Billingsley

William Newton Billingsley was born at Pikeville, Bledsoe County, Tenn., on November 9, 1853. His father was John M. Billingsley; his mother, Hannah Myers Billingsley. His father was a native of Kentucky and a preacher of the gospel; he also taught school and farmed. In 1855 his father moved to Van Buren County, Tenn. Here the subject of this sketch grew to manhood, and received his early training in the public and private schools of that county.

W. N. Billingsley was endowed with a strong body and a vigorous mind. After attending Union Academy, in White County, Tenn., he afterwards entered Burritt College in 1868. He remained in this college for four years and was graduated in 1872. After his graduation he began teaching in Eaton Institute, in White County. While teaching in White County he was elected Superintendent of Public Instruction for that county in January, 1887, and served two terms in that office. He rapidly rose to prominence in the school work and was elected president of the State Association of Public School Officers. Under his direction the schools of White County were graded and a uniform series of textbooks adopted. This was before there was a uniform series of textbooks for the State of Tennessee. Through his influence the standard qualification for teachers was raised. State and county institutes were held in his county. His ability as an educator was soon recognized by educators throughout the State and the South.

Gov. Benton McMillin appointed Professor Billingsley as a member of the State Textbook Commission in 1899, and he served on this commission until 1909. He served as president of the State Teachers Association, and also was a member of the State Board of Education. There was no position of boner and trust connected with our educational activities that Professor Billingsley did not fill with distinction and fidelity. He was appointed as commissioner to the Paris Exposition in 1900. On this trip he made a tour through France, Germany, Switzerland, Austria, Italy, England, Scotland, Ireland, and Wales. On this tour he visited many of the colleges and universities of those countries. 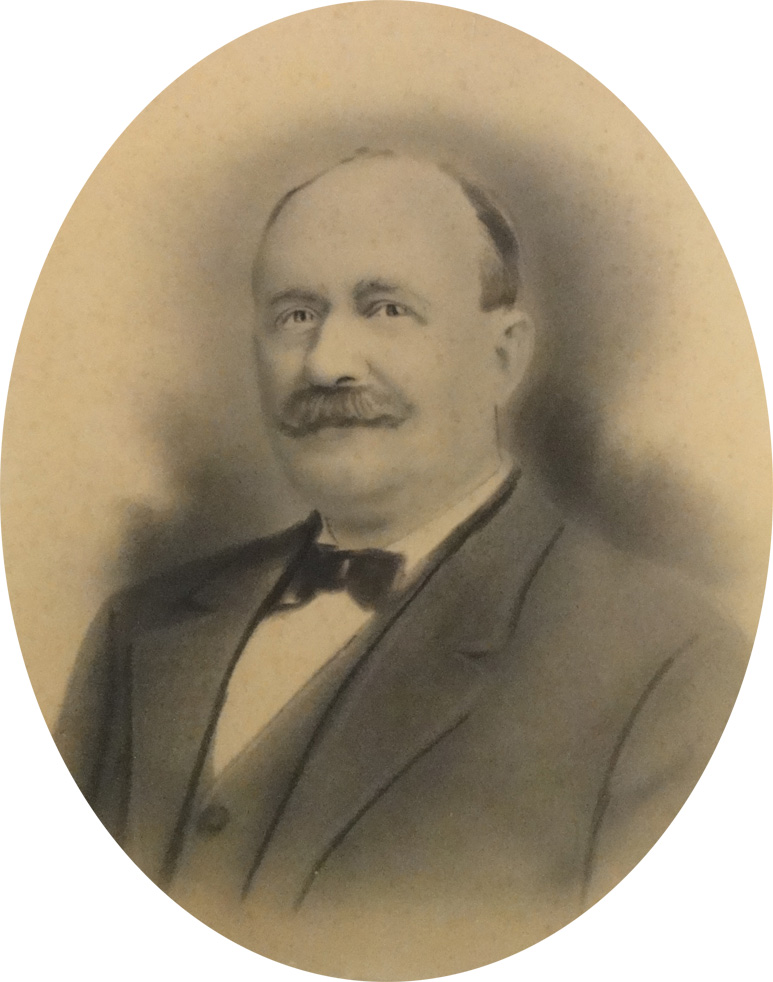 Professor Billingsley's greatest work was done while president of Burritt College. He always had a full school, and he came in touch with all of his students. It was the good pleasure and benediction of the writer of this sketch to sit at his feet and receive instruction from him for two years. He was always anxious to promote his students, but he was rigid in his requirements for thoroughness. He taught much more than the lesson contained in the textbook: he taught the principles of honesty and integrity, truthfulness and loyalty, fidelity and courage, to his students, and instructed them in the principles of noble manhood and true womanhood. He never promised reward or punishment without giving it. He taught with firmness, punctuality, and originality. No better teacher for his day ever entered the classroom. His habits were well regulated, and he never deviated from his daily routine of work. He was a successful disciplinarian. His school was well regulated and he maintained strict order in all of his classes. He had learned well from big predecessor, W. D. Carves, the lessons and principles which helped him to be a successful teacher.

Brother Billingsley became a Christian in early life. He studied the Bible and grew in grace and the knowledge of Christ Jesus. While most of his time was occupied in teaching, yet he found time to study the Bible. He would not he called a "preacher" in the modern sense of that term; nevertheless, he preached the gospel with power and persuasion. He was as regular in attending church and prayer meeting as he was in his school work. He preached almost every Sunday at the church house in Spencer, and taught a large Bible class every Lord's day. He gave his life to the people of the mountains and served them faithfully to the end. No man has done more to uplift, educate, and bless the mountain people than did Prof. W. N. Billingsley. The people respected him and honored him for his service to them. He had a genial nature and gave a pleasant word to all. He enjoyed a good joke and could tell one to the delight and entertainment of his company. Many of his students who were not Christians when they came to him learned the truth and accepted it before returning home. As an educator, he had an influence with all whose lives his life touched. He was tactful in presenting the great truths of the gospel, and seldom lost an opportunity to present these truths to his students and his friends.

oon after leaving Burritt College and while a teacher in the State Normal at Murfreesboro he became afflicted. He was taken to the hospital in Nashville, Tenn., and underwent a surgical operation. He did not recover from this operation. He died on March 26, 1912, at the hospital. His body was taken back to the mountains that he loved and laid to rest by the people whom he had served so long. The funeral oration was delivered by Prof. L. S. Gillentine, a student and fellow teacher for a number of years. Professor Billingsley's contribution to the cause of Christ in service was the greatest contribution the people of the Cumberland Mountains had ever received. 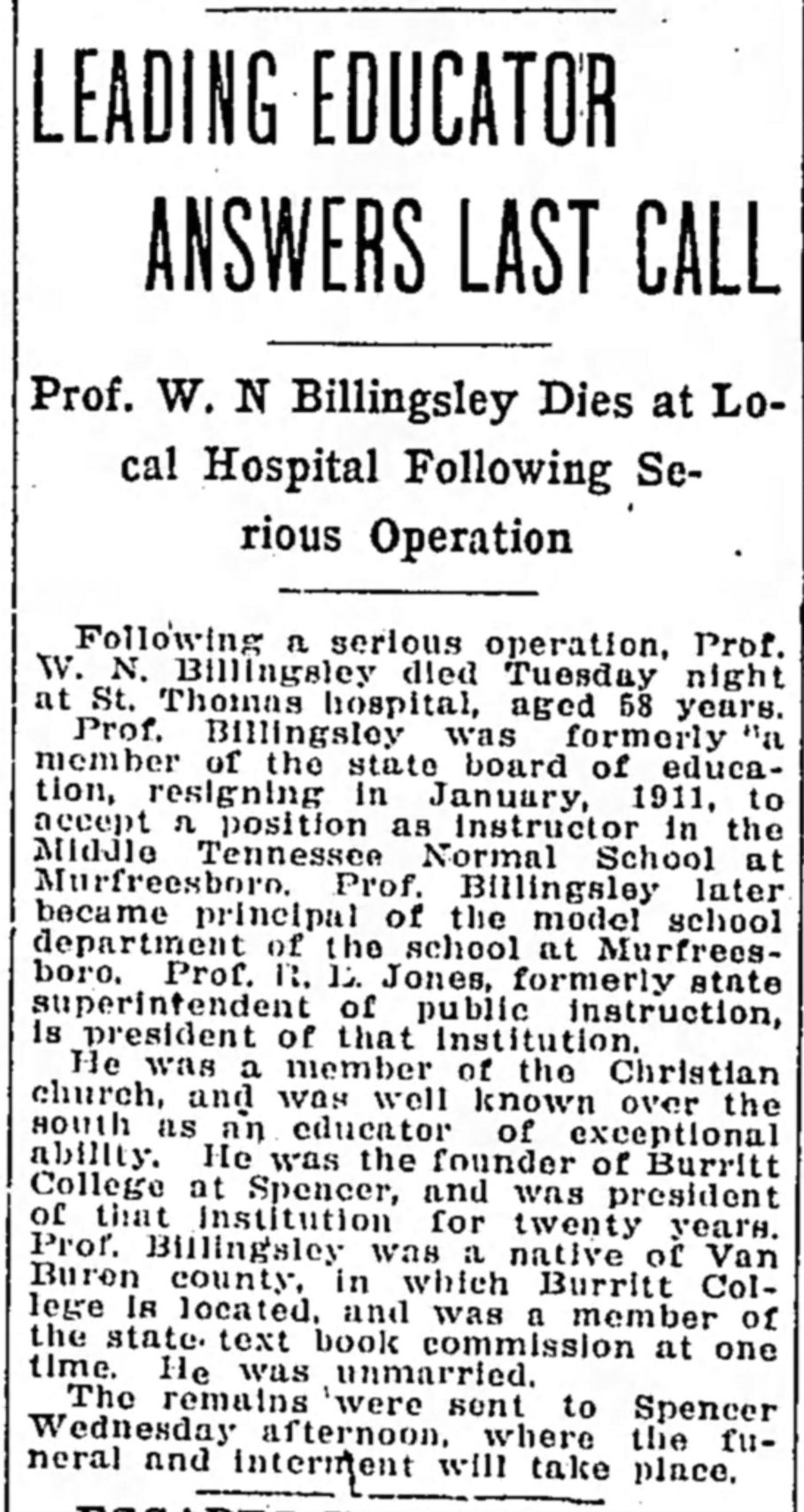 W.N. Billingsley is buried in the old city cemetery at Spencer, Tennessee. Spencer is a beautiful old community on the top of a mountain in the hills of central Tennessee. To get there from Chattanooga, take I-24 travel west toward Nashville. After crossing Monteagle, take the Manchester exit, Hwy 55 and travel east toward McMinnville. Just east of McMinnville take Hwy.30 toward Spencer. In Spencer you come in behind the Van Buren County Courthouse on Hwy. 30. The road will wind around the front of the courthouse. Just as you pass it make the first left on Sparta St. Go to the third street on the right and turn right on Faye St. This street will come into the cemetery. Go into the cemetery and begin going up the hill. You will see the large stone to W.N. Billingsley on the left. Note that W.D. Carnes grave is further to the left and up the hill from Billingsley's grave. Actual GPS location of the grave is: 35°44'57.9"N 85°27'44.6"W / or D.d. 35.749409,-85.462395 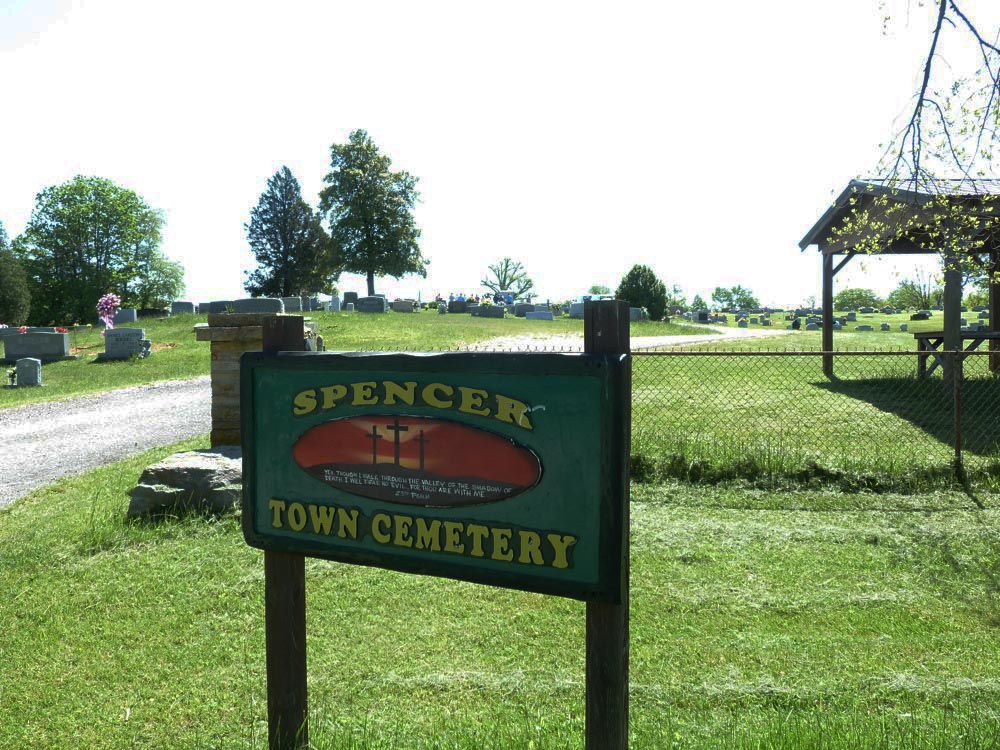 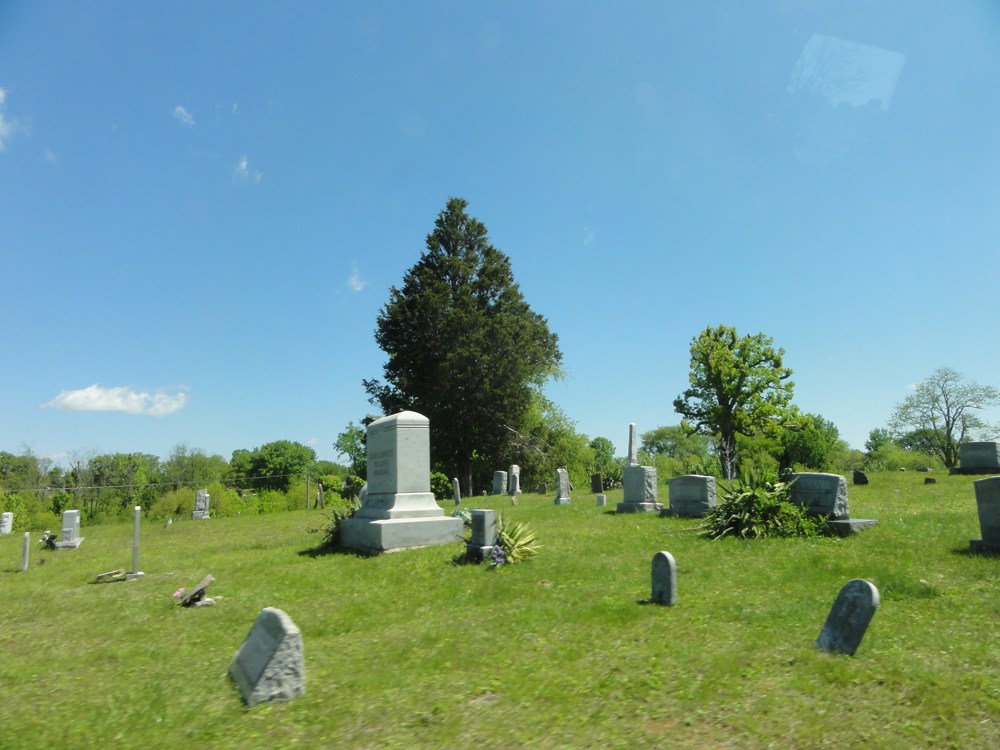 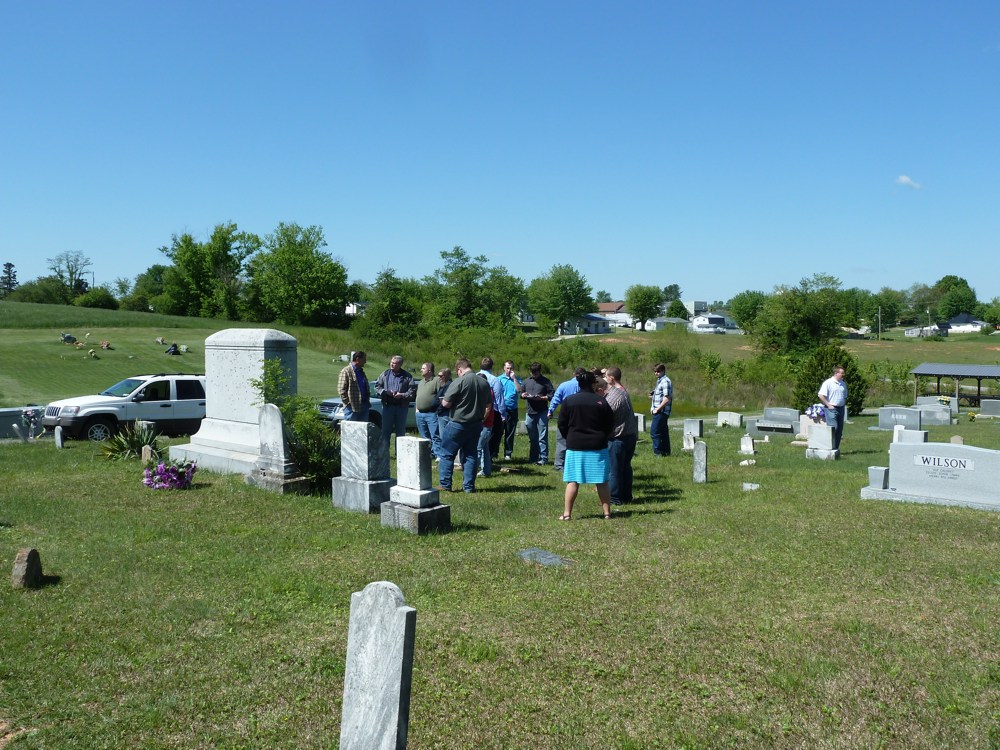 Students from Southeast Institute of Biblical Studies, May, 2013 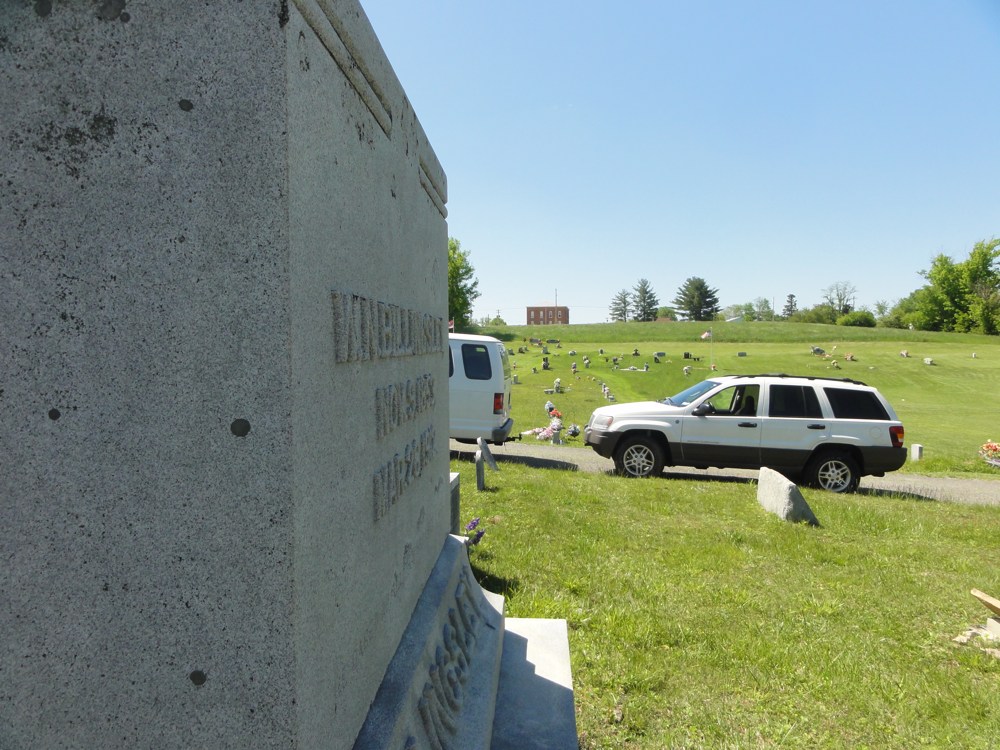 William N. Billingsley Is Buried In The Shadows Of The Halls Of Learning Where He Served Many Years 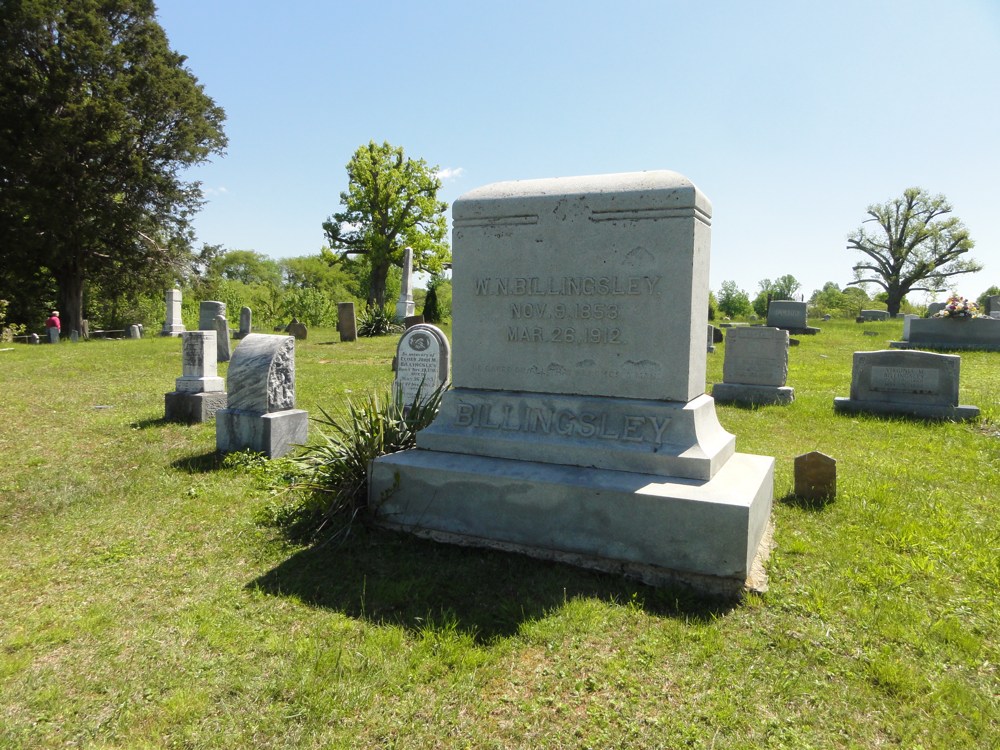 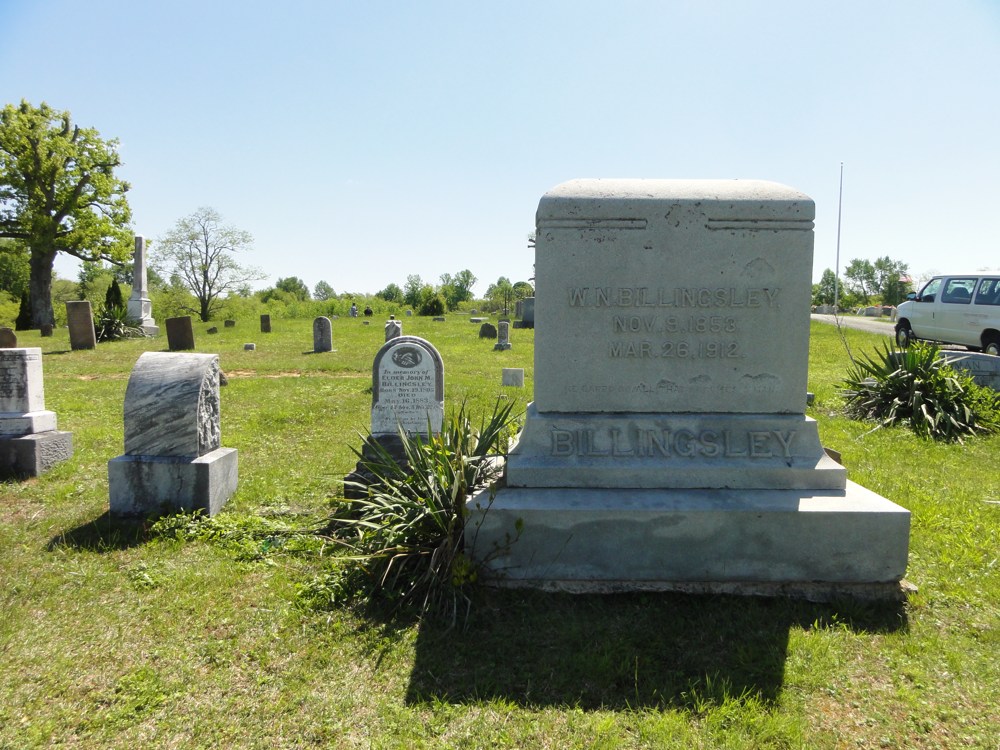 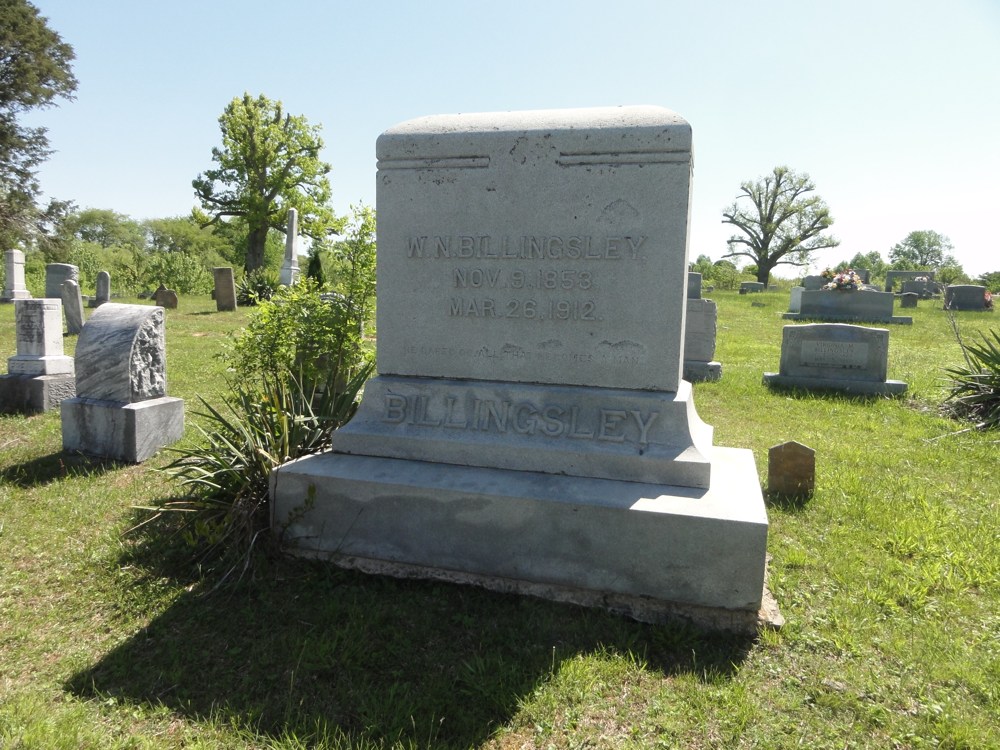 To go to the old Burritt College campus, go back to the Courthouse and turn left. Follow Hwy 30 around a curve, and on your left will be the old entrance to the college. The college closed in the 1930s, but the old building still stands. It is being used for office space by the town. There is a historical society there, but only manned by appointment. Ask for information at the Library on the old campus ground. I was there in June, 2002. 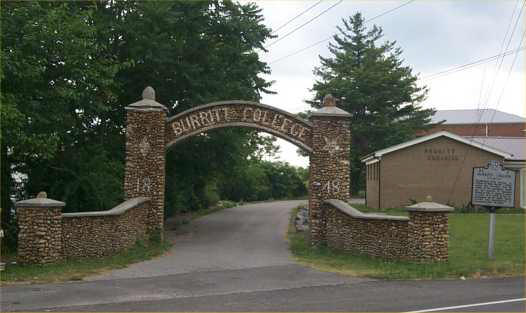 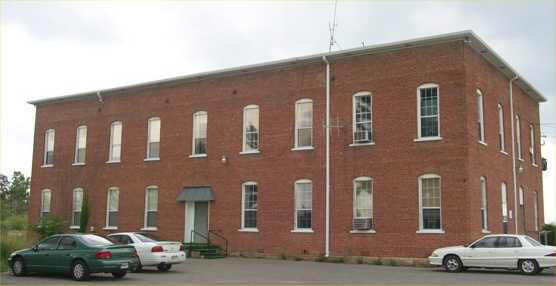 The Old Building Is An Office Building Today.
Originally There Were Three Floors.
The Top One Was Removed A Few Years Ago