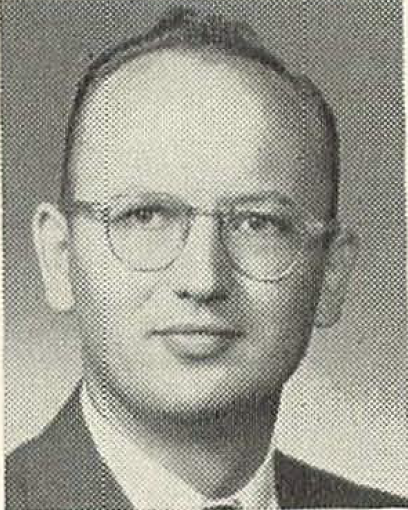 The Life Of T. Pierce Brown

He attended Tennessee Polytechnic Institute; Southwest Missouri State Teachers College; Abilene Christian College; and Northwestern University. T. Pierce began preaching in Walling, Tennessee in 1940. When the United States joined the war in Europe, he enlisted, and achieved the rank of Staff Sargeant in the US Army Air Forces. After the war he moved to Palava, Texas to preach for the church there from 1946 to 1947. In 1947 the family moved to the mission field of Niagara Falls, New York to build the work on the Canadian border.

In 1949 the family moved to Evanston, Illinois. He preached there until 1951 when they moved to Baxter, Tennessee. In 1953 he moved his family to Cocoa, Florida where he preached until 1956. From there they worked in Manchester, Tennessee. In the 1970s the family worked in Milton, Florida from 1971 to 1976. Then in 1978 the went to Winter Park, Florida to work with the with the South Seminole church of Christ. He and Tomijo spent their sunset years in Cookeville, Tennessee.

T. Pierce Brown was known as a most thought provoking and mature Christian writer. Many brotherhood journals were all too happy to publish his articles. He contributed to the Christian Bible Teacher, Choate's Quarterly, Firm Foundation, Gospel Advocate, The World Evangelist, Gospel Broadcast, Gospel Gleaner, Gospel Guardian, and Words Of Truth. From time to time he submitted articles to newspapers for publication, like Nashville, Tennessee's, The Tennessean.

Personal evangelism was one of T. Pierce Brown's strong suits. It was the privilege of this writer to hear him speak on evangelism. A few years before his death he was speaking in an evangelism workshop at Mastin Lake Road church of Christ in Huntsville, Alabama. One point he made in his lesson on teaching the lost, I never forgot. He said that the first challenge of teaching the lost is not only to introduce them to Jesus, but to make them fall in love with Him. Once they fall in love with Jesus, they will do anything He asks of them. Reaching the lost for Jesus was his heart, his life. He produced a very popular Bible study tool, "Condensed Circular Cyclopedia," in three editions, No.1, No.2, and No.3, of which almost 30,000 sold in one month after it was published.

T. Pierce Brown never met a stranger. His personality made anyone he met feel as if they were one of his good friends. The church was blessed by the lifework of T. Pierce Brown. He passed from this life in his 85th years, August 1, 2008. Burial followed at Crest View Cemetery in Cookeville, Tennessee.

T. Pierce Brown is buried in the Crest Lawn Memorial Cemetery in Cookeville, Tennessee. The Funeral Home and cemetery are located on West Jackson Street. From I-40 take Exit 286 and head north on Hwy. 135. In about a mile turn left on W. Jackson St. The cemetery is on the left. Instead of entering the main entrance head up to Buffalo Valley Rd. and turn left. The cemetery will be on your left. Enter the last entrance and begin looking for the Garden Of Devotion sign on your right. See photos below to find the Brown plot up near the street. While there see the graves of other preachers of the gospel buried at Crest Lawn. See photo-map below. 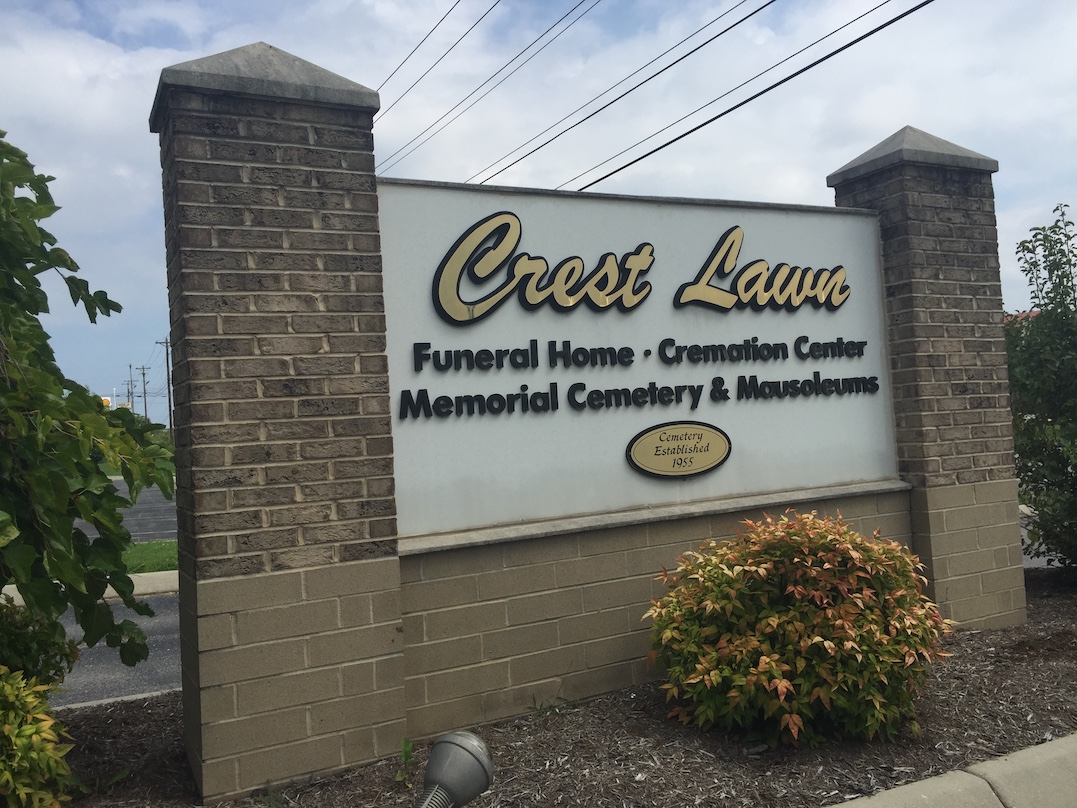 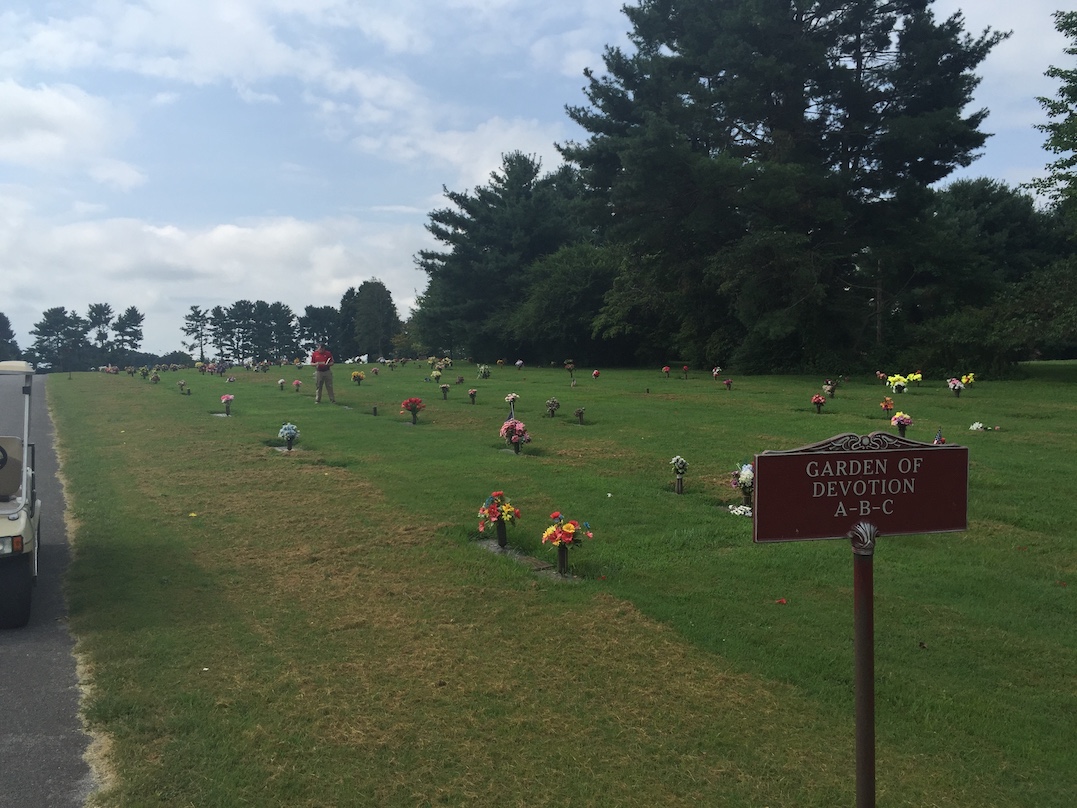 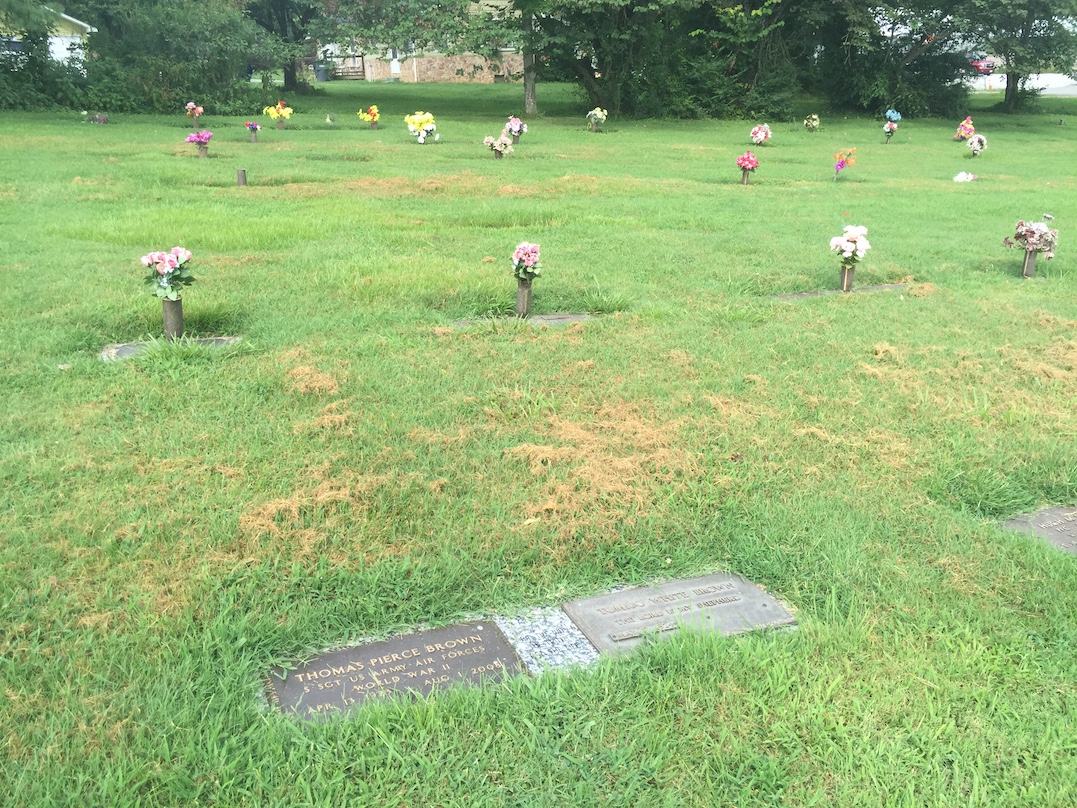 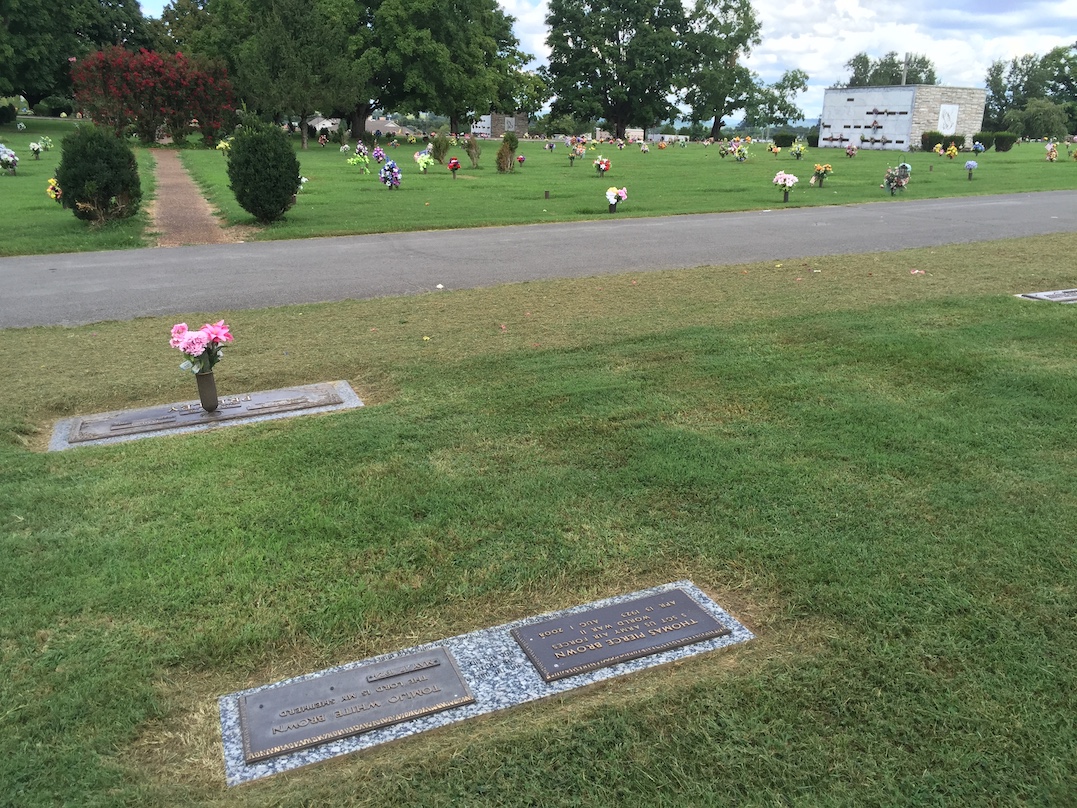 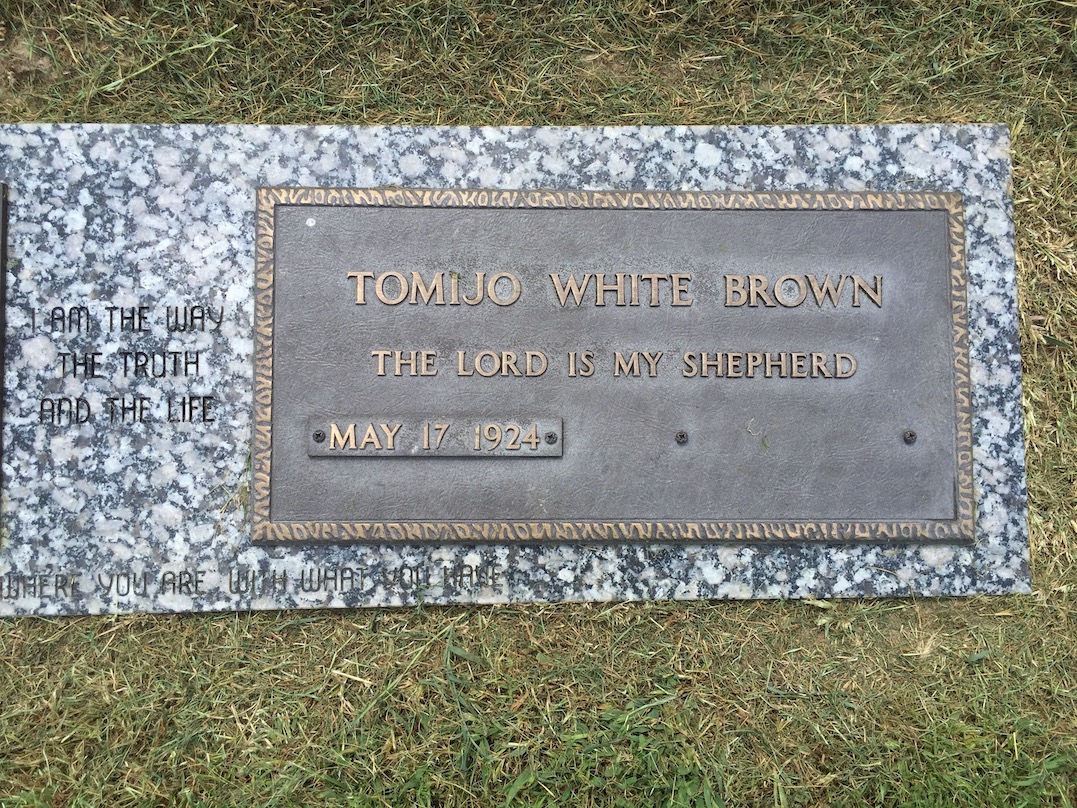 I AM THE WAY THE TRUTH AND THE LIFE 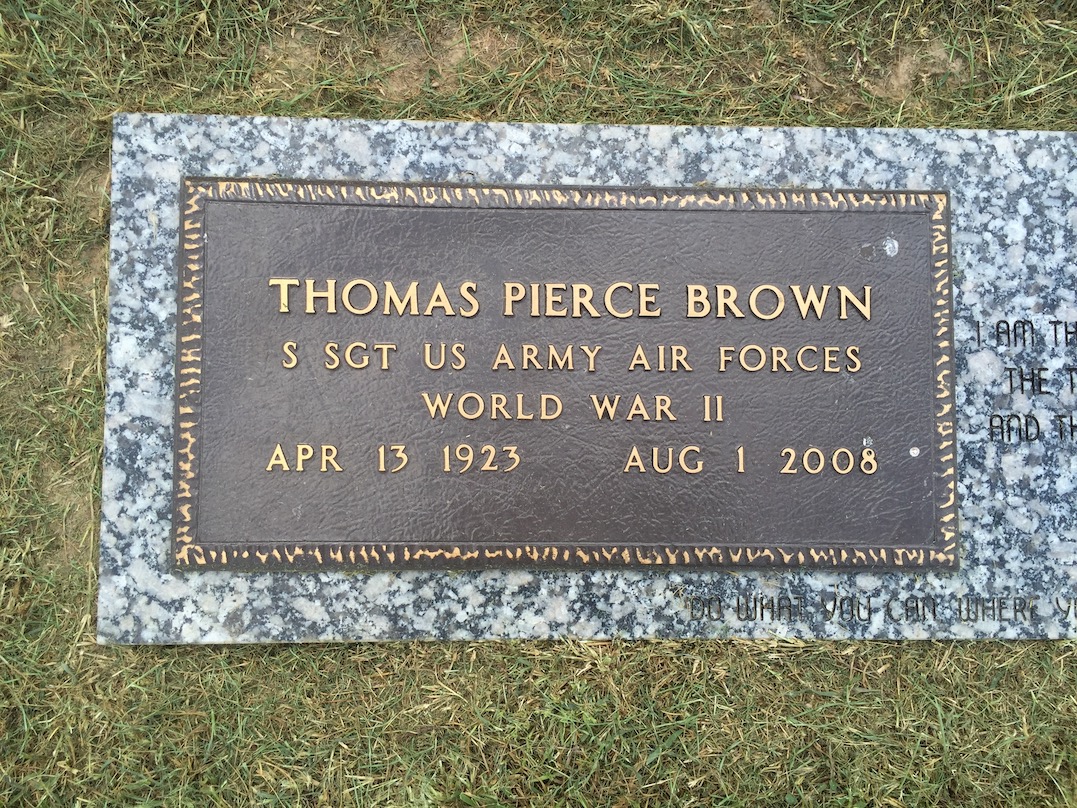