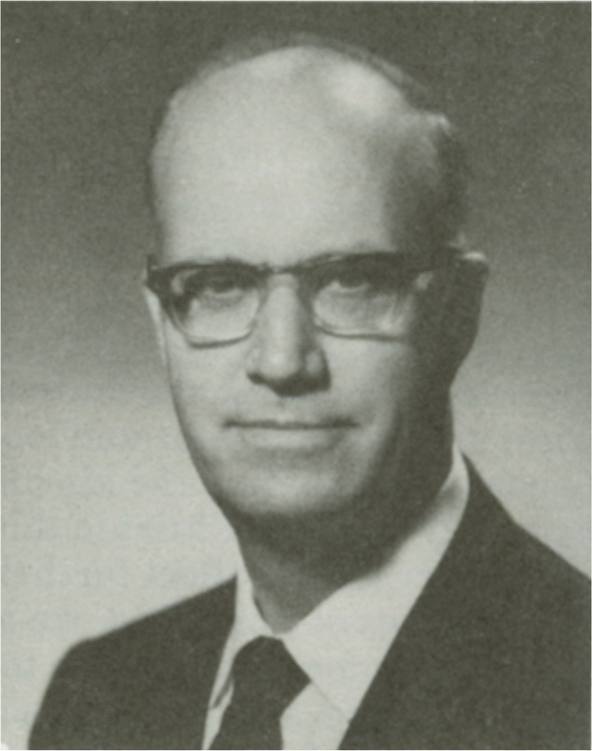 Biographical Sketch On The Life Of C.E. Chumley

Charles E. Chumley was born March 25, 1918, in Yuma, Colorado. He was baptized by A. J. Rhodes in 1930. He is a graduate of the public schools of Englewood, Colorado, David Lipscomb College, Abilene Christian College, and the University of Illinois. He was married to Mildred Rogers December 16, 1939. To this union was born two children, Judy Faye and Charles Rece.

Brother Chumley began preaching in Nashville, Tennessee, in 1938 and served the following churches: Tanner, Alabama, 1943-45, North Athens, Alabama, 1947-49, South Lincoln Avenue, Urbana, Illinois, 1945-47, 1949-52, Grant Street, Decatur, Alabama, 1953, and is in his twenty-fourth year with the college church, 3805 Granny White Pike, Nashville, Tennessee. He was President of Athens Bible School, Athens, Alabama, 1947-49, 1952-53 and appeared for seventeen years on the Nashville television quiz program "Know Your Bible" as "The Man with the Bible." He served as Dean of the Nashville School of Preaching for many years.

He was a writer for publications which included: Minister's Monthly; Twentieth Century Christian; and Power For Today.

He conducted five tours of the lands of the Bible (1961, 1970, 1972, 1973, and 1976) that served as the basis for "A Journey into Yesterday," a series of illustrated lectures designed to strengthen faith in the Bible as the Word of God, which has been presented to numerous churches throughout the country.

He passed from this life December 12, 2004. The funeral was conducted by Dale Jenkins, minister of Granny White Church of Christ, where Brother Chumley attended worship. He was buried at the Woodlawn Cemetery where many other preachers of his day await the resurrection.

Charles E. CHUMLEY, Nashville, TN, Age 86, December 12, 2004, of Nashville, passed away on Sunday, December 12, 2004. Preceded in death by wife, Mildred Rogers Chumley (1973) and wife, Mary Srygley Chumley (1988), he is survived by wife, Mary Nelle Hutcheson Chumley; two children, Charles R. Chumley (Lynn), and Judy Faye Chumley; stepsons, Bill Srygley, Fletcher Srygley (Gail), and John Hutcheson (Lynn); stepdaughters, Jane Srygley Wells (Frank) and Margaret Hutcheson Deaton (Randy); fifteen grandchildren and 13 great grandchildren; one brother, S.E. Chumley of Woodbridge, VA; two sisters, Betty Joy Reese (Grady) of Denver, CO, and Marie "Sissy" Martin, also of Denver, CO. Charles Chumley was loved and respected as the long-time minister of the Granny White Church of Christ. He served as a radio announcer with both WLAC and WSM in earlier years, and he was known as "The Man with the Bible" on the popular long running television program, Know Your Bible. He made many trips worldwide (including some sixteen trips to Bible Lands) in the interest of mission work, and travel to those various areas were among highlights of his life. He was known throughout the country for his presentation of a Walk Thru the Land, in which he covered in detail lands of the Bible, both in narration and in picture. In earlier years he served as President of Athens Bible School in Athens, Alabama. He taught in the Bible Department at David Lipscomb College (University) for several years. He served as Dean of Nashville School of Preaching. He was known for his gentle, sweet, and loving spirit in dealing with every person with whom he spoke. Visitation will be held at Granny White Church of Christ from 4-8 p.m. Monday, December 13th, 2004. Services will be held at the church building at 2 p.m. Tuesday, December 14th, 2004, with Dale Jenkins officiating. Visitation 2 hours prior to the service. Active Pallbearers will be Rece Chumley, Nicky Wells, Troy Wells, Doug Srygley, Andy Srygley, Sam Stansberry, Russ Sturgeon, Evan Hutcheson, Josh Hutcheson, Jose' Kelly and J.D. Myers. Honorary Pallbearers will be the Elders and Deacons of Granny White Church of Christ, Jim Criswell, Randy Bouldin, Doy Hollman, Willard Collins, Jim Bill Mclnteer, Clarence Dailey, Don Osborne and Ron Moon. Arrangements by WOODLAWN FUNERAL HOME, 615-383-4754. A Dignity Memorial Provider.


Visiting The Grave Of Charles Chumley With Me Was One Of My Students From
The Georgia School Of Preaching William Hawkins, February, 2005