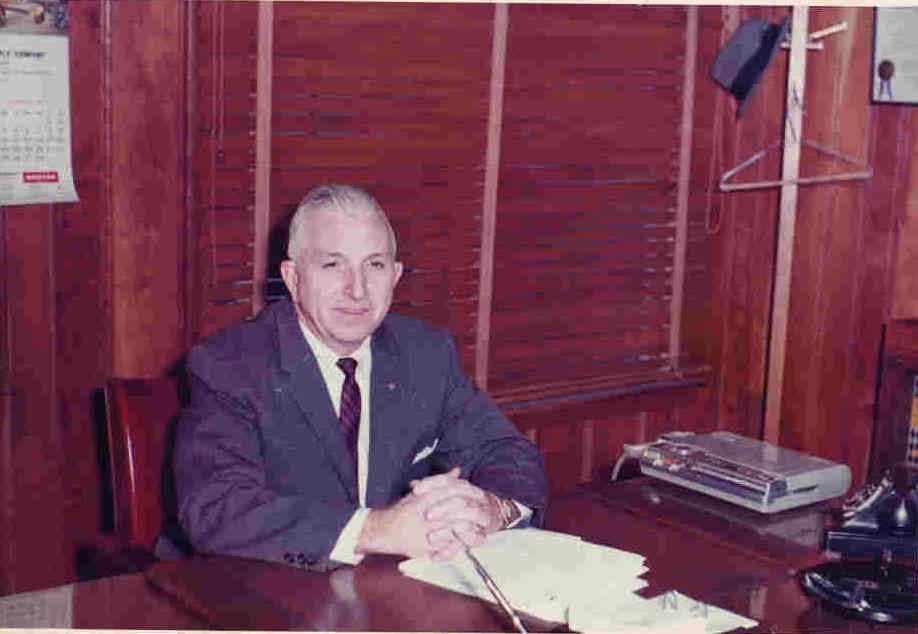 Ernest A. Clevenger Sr. (1908-1984) was a devoted Christian and a well-known and highly respected business man.  He preached the gospel whenever and wherever he had the opportunity, and served as an elder at Brainerd for a number of years.

He and his deceased wife, Mary Ellen Clevenger, were the parents of three sons, Ernest Jr., Robert and Dale, and one daughter, Mrs. Larry (Alice Mae) Cooper, all of whom, along with several grandchildren survive him. He also left behind four brothers, Leon, Charles, Eugene and Ralph, and one sister, Mrs. Lonnie (Margaret) Blackwell.  His second wife, Odessa Brown Clevenger also survives him.

The Chattanooga Rotary club, in a memorial resolution, which was unanimously passed, said, among other things:

"The mention of Ernest A. Clevenger evokes a mental picture of a smiling, friendly, and dynamic man who was always ready to speak.  His words were never critical, but always stimulating, encouraging, constructive, and optimistic.

"Ernest Clevenger was a salesman.  He believed everyone ought to own a sawmill, and he was always ready to tell you why.  His success as chairman of Corley Manufacturing Company indicated how well he convinced many of his potential customers.

"Ernest made hundreds of speeches throughout our nation.  He had stories to tell and principles to uphold and entertainment to provide, all the while leading in a constructive direction."

Funeral services were conducted in the large auditorium of the Brainerd Church of Christ, by Gene Arnold, John Cupp, and Leslie G. Thomas. The auditorium was practically filled with relatives and friends.  Bruce Keown directed the congregational singing.  The entire service was characterized by the feeling that a follower of Christ had gone home to be with his Lord.

In the passing of Ernest A. Clevenger Sr., I lost a friend and fellow-laborer in the Lord's service, of 40 years standing.
Leslie G. Thomas.

The Ernest Clevenger family plot is located in the Forest Hill Cemetery, south of downtown Chattanooga. The cemetery is very large. See GPS location below for specific location. Plot: Section T 12 NW2ND. Pass office and turn right on Elm St. Very quickly you will vear off on Cherry and start heading up the hill. Look for white stone on left just on the left. Be sure to see the webpage for his father, Ernest Clevenger, Jr.

See white stone up drive just on the left. This is the Clevenger Plot. 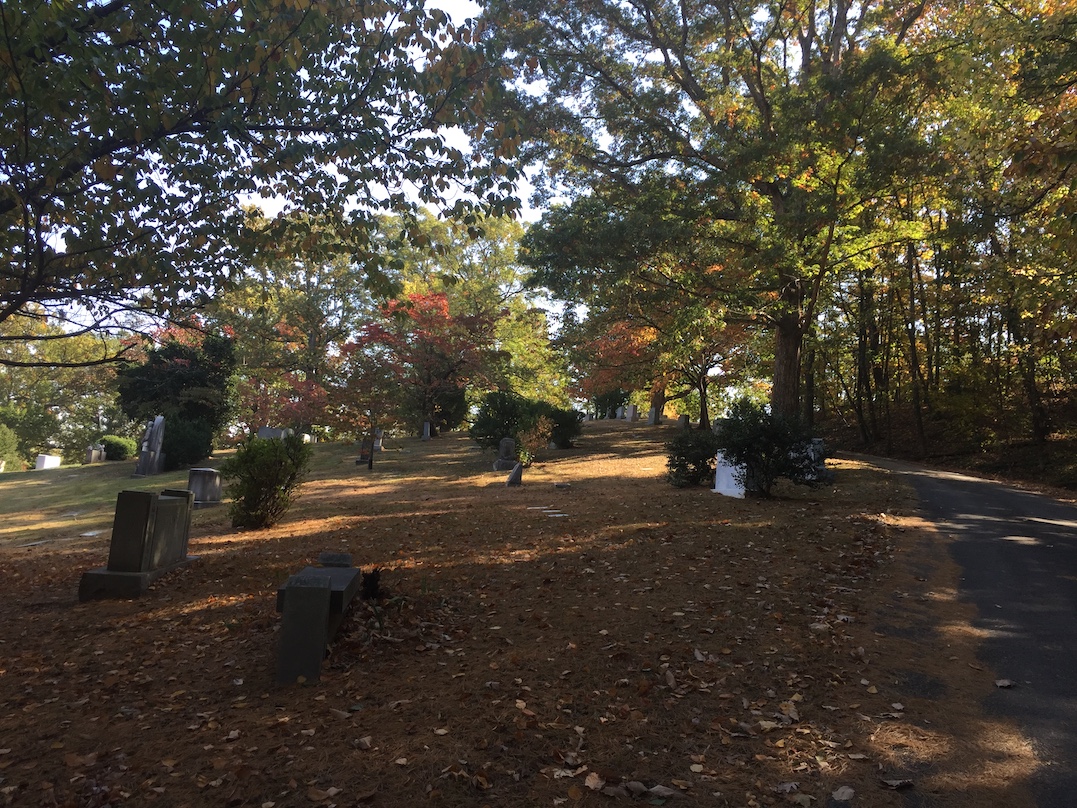 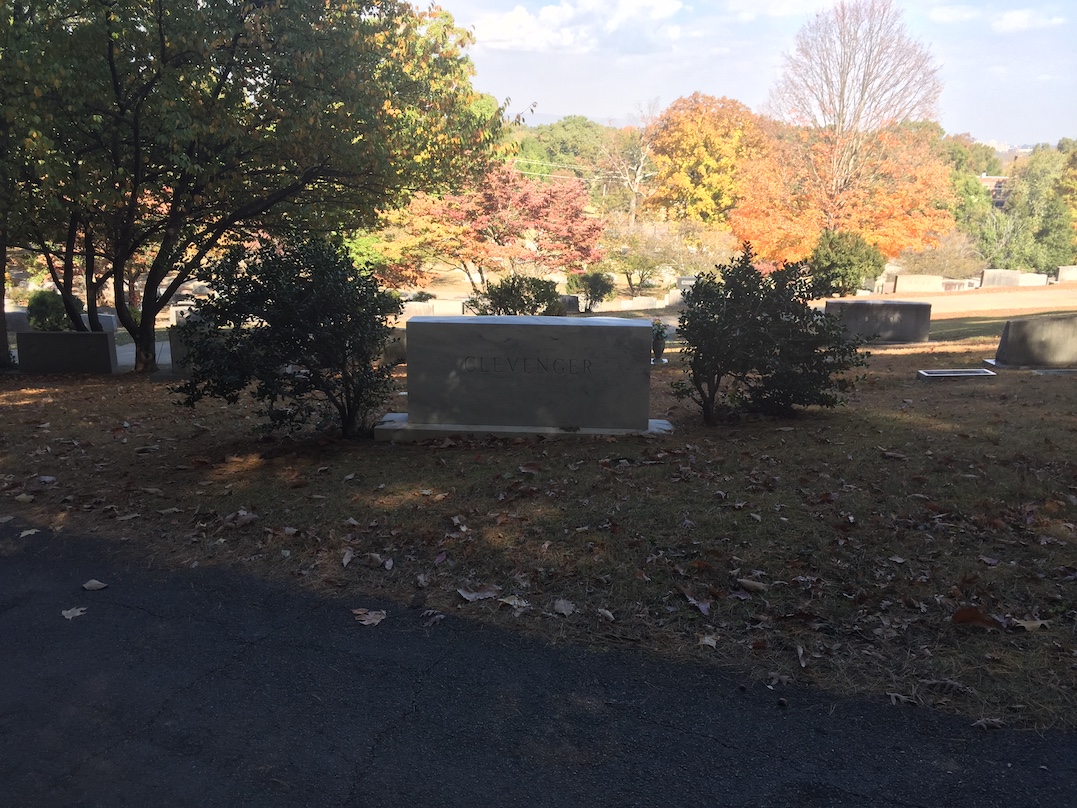 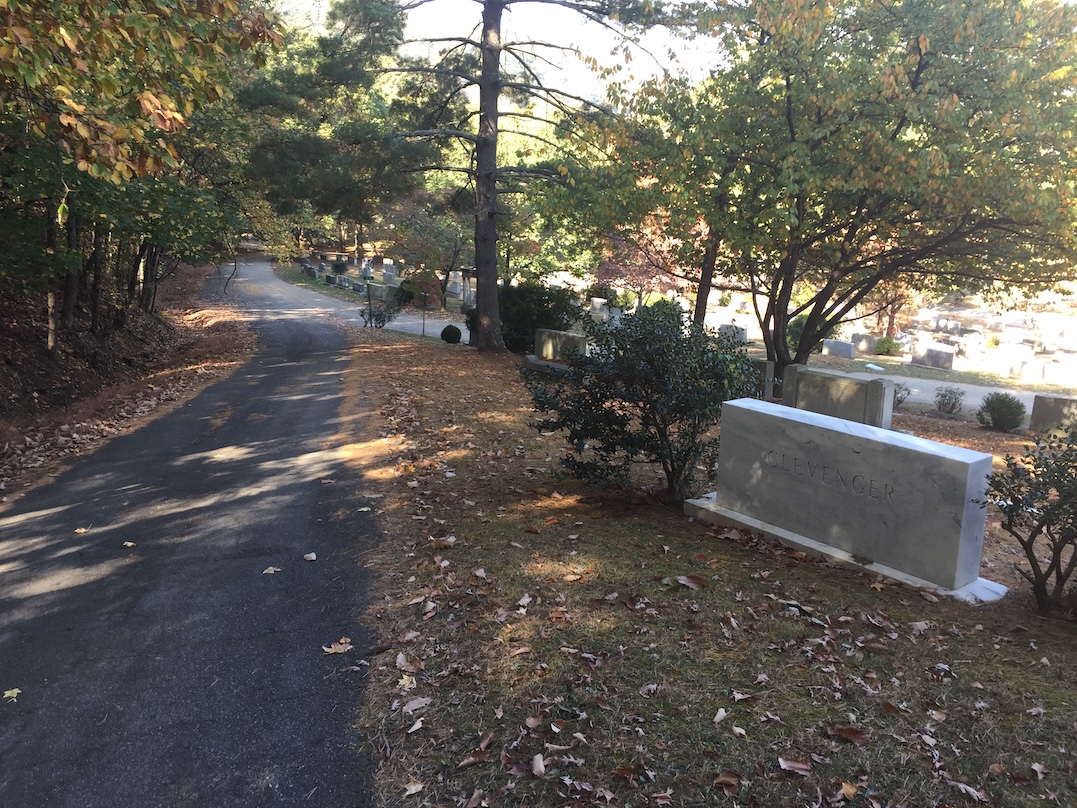 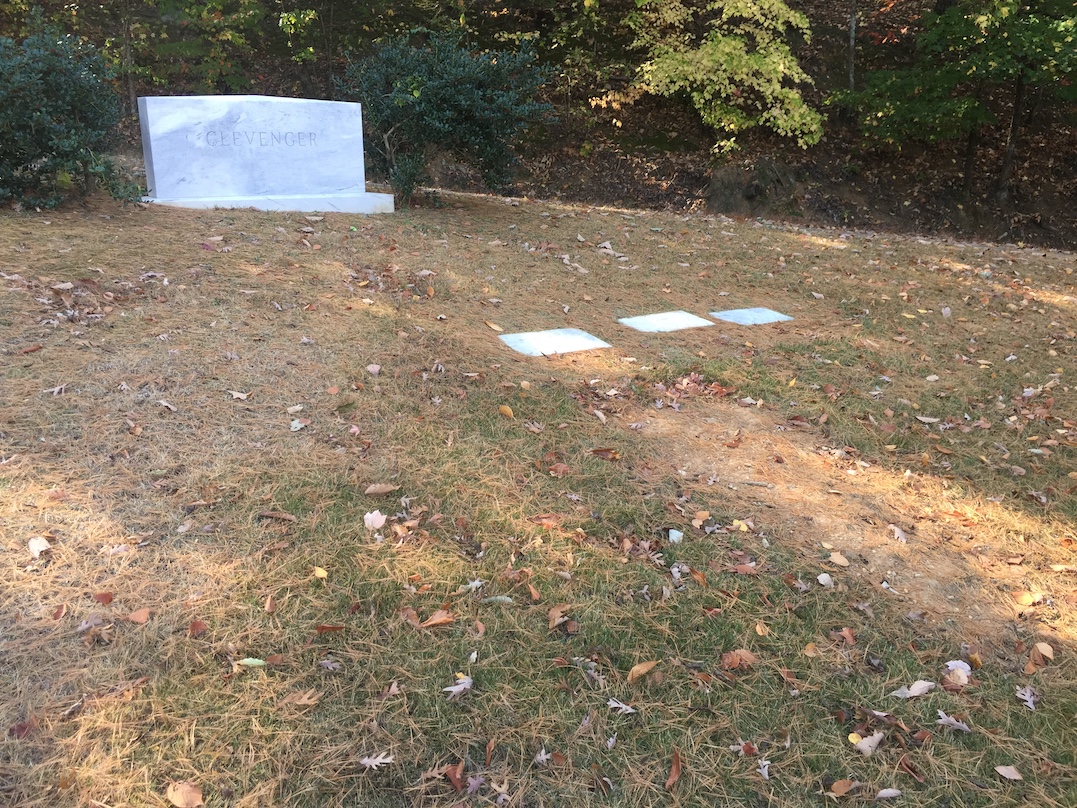 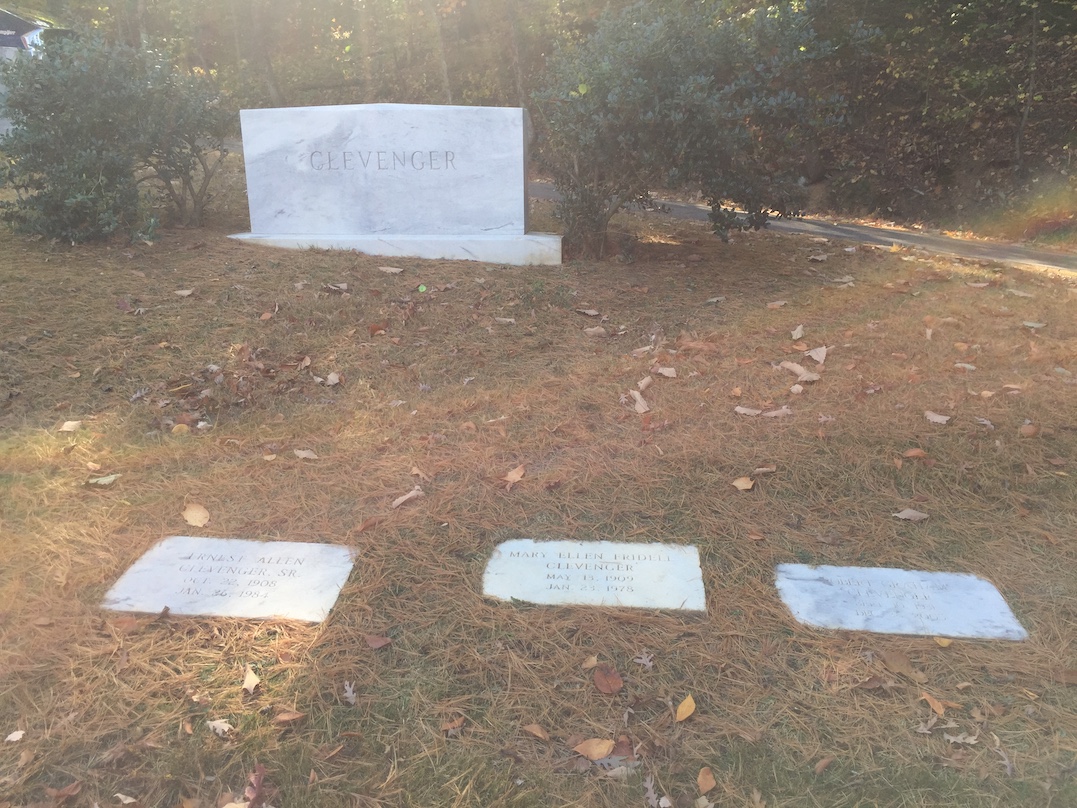 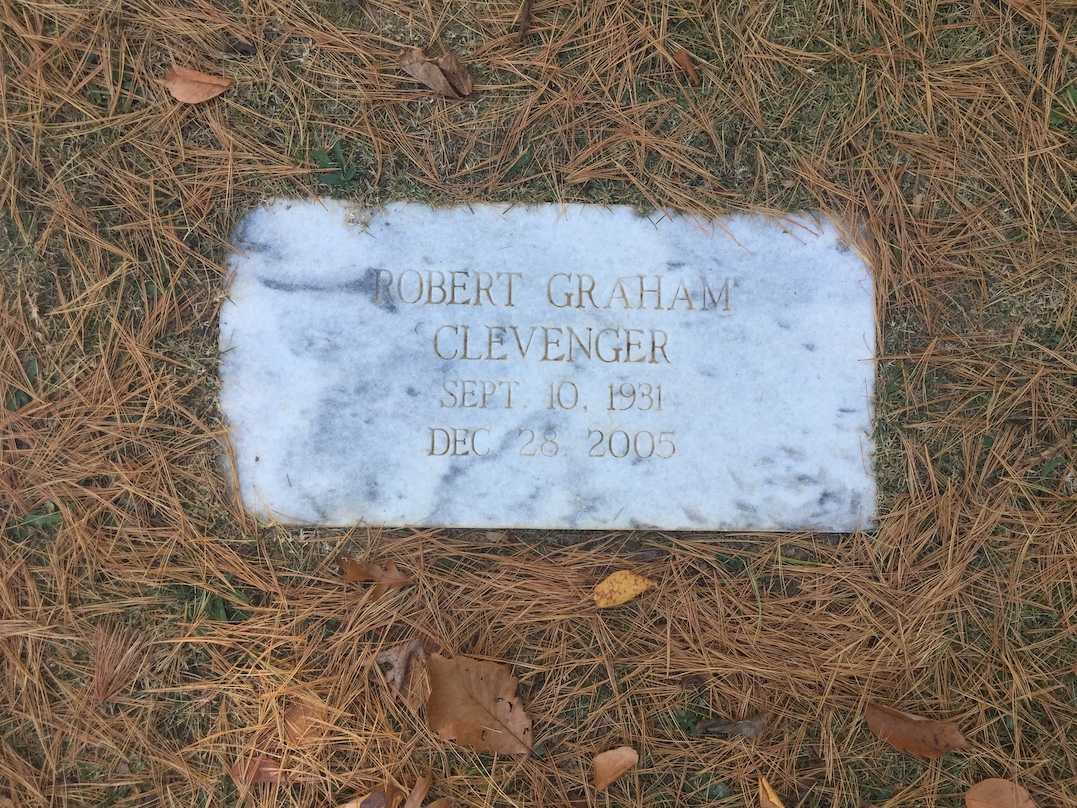 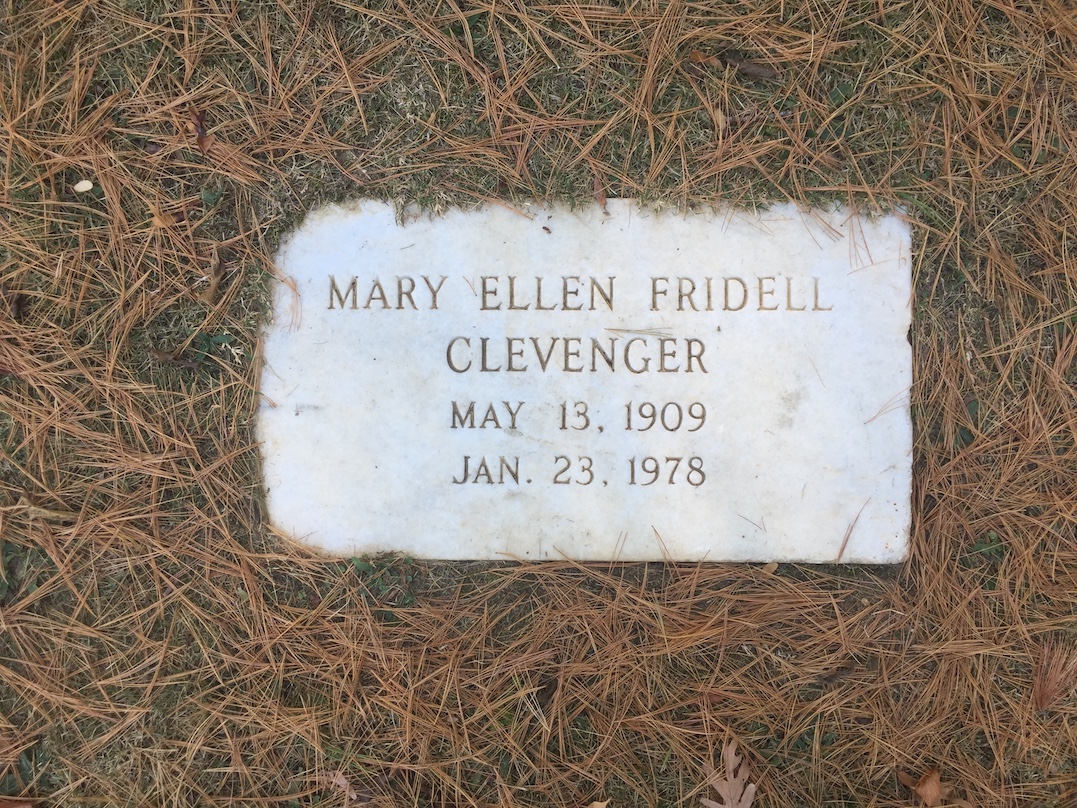 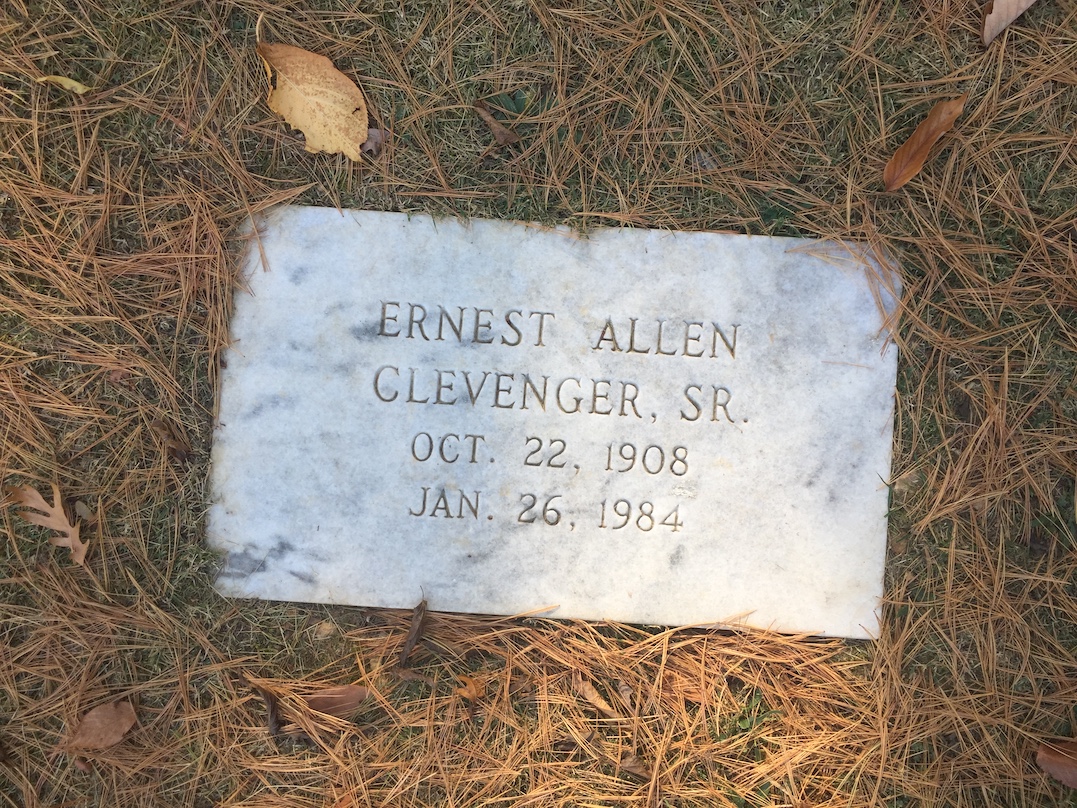