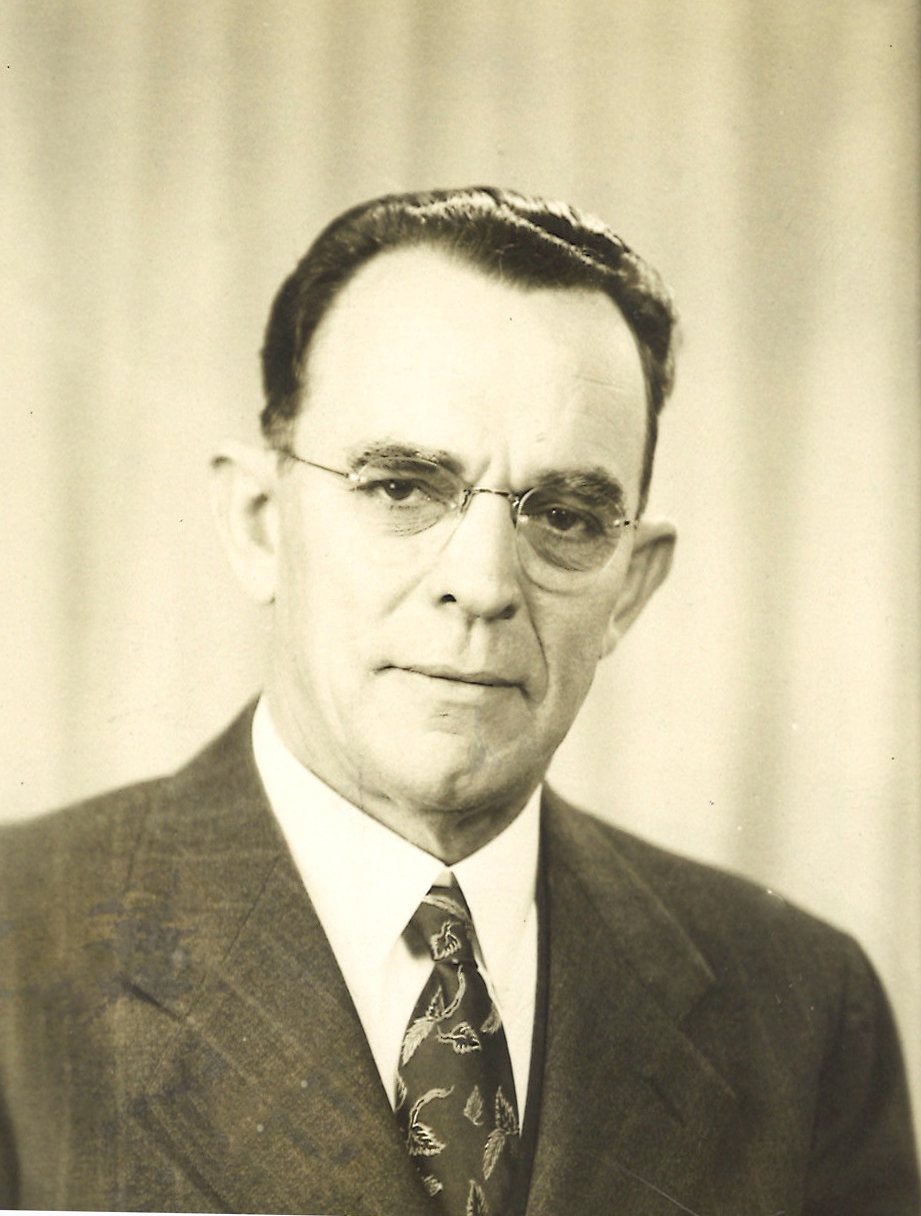 The Life of R.L. Colley

Robert Lester Colley was born the 10th of July 1896 in Dresden, Weakley County, Tennessee. He was baptized by F.O. Howell in July 1909. He was marred to Elgie Robbins the 23rd of March 1928. They had two children Robert L. and Gary Glenn, both of whom followed their father’s steps in entering the ministry.

He wrote “Bible Class Notes of Fundamentals of Christianity” in 1943, “Class Notes On The Law Of Moses” in 1936, and several pamphlets. He preached gospel meetings as far west as at Cresswell St. in San Diego, California, and generally preached 8 to 10 meetings a year.

He was involved in radio work while in the towns of Texarkana, Mount Pleasant, Mexia, Texas, and in Padukah, Kentucky.

He was a debater. He conducted debates with Primitive Baptists like Neal Parker, C.F. Parker and Joe Meece. He also debated J.W. Barber twice, D.L. Welch, and T.F. Morris. He debated Jehovah’s Witnesses like S.A. Owen and Isaac Owen. Also, he met Baptist ministers W.H. Hopper and Hargroes Hopper on the Plan Of Salvation. He had a discussion on Instrumental Music with Thomas M. Broadfoot, and met L.W. Hayhurst on the subject of Class and Women Teaching.”

R.L. and Elgie spent their final years their home state of Tennessee, in the city of Memphis. R.L. passed from this life the 10th of Novemeber 1967 after an extended illness. His remains were laid to rest in the Forest Hill Cemetery in central Memphis. Elgie followed several years later, passing 4 October 1999.

It is a privilege and pleasure to be invited by brother Curtis Cates to write an article about my father in the flesh, Robert Lester Colley. He was born in Dresden, Tennessee, July 10, 1896, to Mr. and Mrs. W. H. [Bud] Colley, both faithful members of the church of Christ.

Bud Colley was a farmer who migrated from Scotland, and who with his wife homesteaded a large farm in Kentucky along with his five brothers. His interest in the Lord's church caused him to want his son to preach. Since my father did not like the name Lester, he was known as R.L. Colley. On my older brother's birth certificate, his name was given as Robert L. [only] Colley. He also preached for years. Our father R.L. Colley passed from this life in 1967, in Memphis, Tennessee, after a long illness.

One of those five brothers of W.H. [Bud] Colley was A.O. Colley, who was also a widely known Gospel preacher, lecturer, and debater, along with his son Flavil L. Colley, who also was a great Gospel preacher. R.L. Colley was baptized by F.O. Howell in July 1909, and he began his preaching work at the Oak Grove Church of Christ, close to Fulton, Kentucky, in 1918. That same year he entered the National Teachers' Normal and Business College, for the cost of $10.00 per month, later to be known as Freed-Hardeman College and now Freed-Hardeman University. He studied under such great men as Arvey Glenn Freed, L.L. Brigance, W. Claude Hall, C.P. Roland, Hall Calhoun, and N.B. Hardeman. He remained close friends with these men until they passed on to their eternal rewards. I have in my files letters of commendation for my father's work from brothers Freed and Hardeman.

My father passed a part of brother Arvey Glenn Freed's name to me, Gary Glenn Colley, Sr., and my wife Maggie and I passed it on to our son, who presently preaches in Huntsville, Alabama, Gary Glenn Colley, Jr. Five of our grandsons and grandsons-in-law continue to preach the Gospel today. R.L. Colley and my mother Elgie worked continuously in local preaching work for some fifty-five years. His preaching in local work, debates, and meetings covered most of our United States. He had a print shop for many years, where many tracts and books were printed for his publications as well as those of many others. He bought and sold used books while living in Texarkana, Texas, and finally sold four thousand volumes to our close friend and brother, Foy E. Wallace, Jr., which he used as a part of his library.

He planted churches in Camden, Arkansas, Houston, Texas, Grenada, Mississippi, Pleasant Valley, Arkansas, Bragg City, Missouri, Leedy, Mississippi, and Walcott, Arkansas. Most if not all of these churches continue faithfully to serve the Lord today.

He debated in many places. Among those whom he met in debate were Neal Parker, C.F. Parker, Joe Meece [all Primitive Baptist] J.W. Barber [twice], D.L. Welch, T.F. Morris [on Spiritual Gifts and the One God System], S.A. Owen and Isaac [Jehovah Witnesses] Harroes and W.H. Hopper [all Baptist, on the Plan of Salvation], Thomas M. Broadfoot and Lamberth [on Instrumental Music], L.W. Hayhurst [concerning Bible Classes and Women Teachers]. Brother Alan E. Highers, a great debater, often spoke of the debates my father conducted. All of his debates resulted in many coming to a knowledge of the truth.

Many of the greatest Gospel preachers have been in my family's home for Gospel meetings and to prepare for debates. My mother a few years ago kept a calendar of those who sat around our dinner table for one year, and it averaged three per day for the entire year. I can recall many great men who were friends of R.L. and Elgie Colley who stayed briefly in our home as I was growing up, such as: A.O. and Flavil Colley, J.D. Tant, Basil Doran, M.C. Cuthburtson, C.R. Nichol, Foy E. Wallace, Jr., N.B. Hardeman, Perry C. Cotham, J. T. Marlin, George W. Dehoff, Homer Haley, Austin Taylor, Palmer Wheeler, Cecil Wheeler, Horace W. Busby, Guy N. Woods, and many others who greatly influenced and left giant footprints in my life.

How grateful we should all be for our parents and other great people who have had such influence for good in our lives! My prayers should ascend daily in gratitude for those who have been our mentors and teachers.

--Gary Colley, graduate of Freed-Hardeman University, began preaching in January 1954. He is preacher for the Getwell Church of Christ, Memphis, Tennessee, and is Director of the Annual Spiritual Sword Lectureship. He speaks in numerous Gospel meetings and lectureships annually; 285 William Road Collierville, TN 38017.

Robert L. Colley, gospel preacher for many years, died November 10, after an extended illness at his home in Memphis, Tenn. His funeral was held at the Highland building in Memphis, where he served as minister several years ago.

Brother Colley left Memphis during the World War II to preach in Arkansas, Louisiana, Oklahoma and Texas. He returned to Memphis and retirement three years ago.

He is survived by his wife, Mrs. Elgie Colley, at the home address, 3465 Sharp, in Memphis, and by two sons, both gospel preachers, Robert of Memphis and Gary of Pocahontas, Ark. 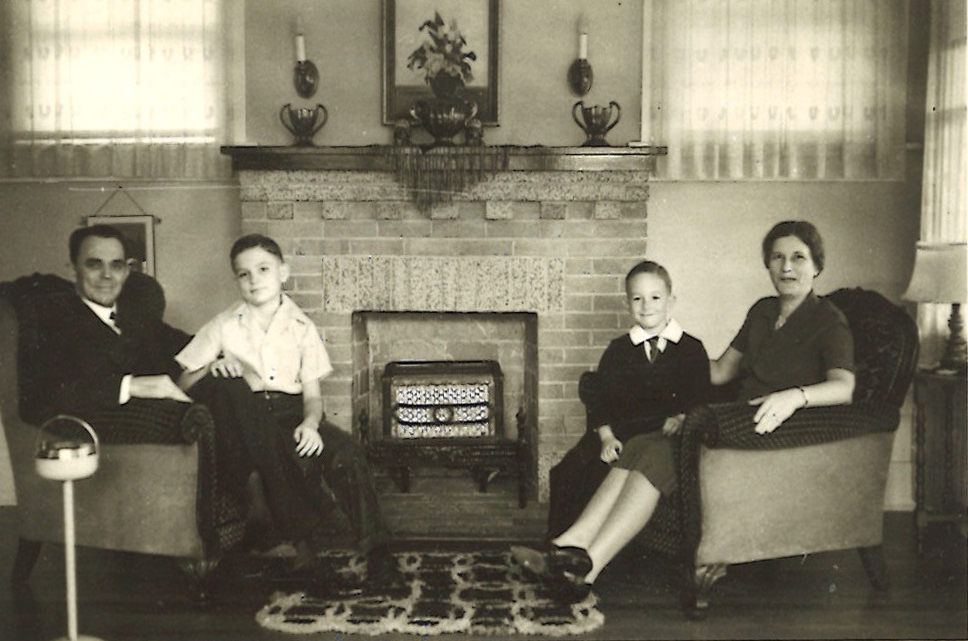 Directions To The Grave of R.L. Colley 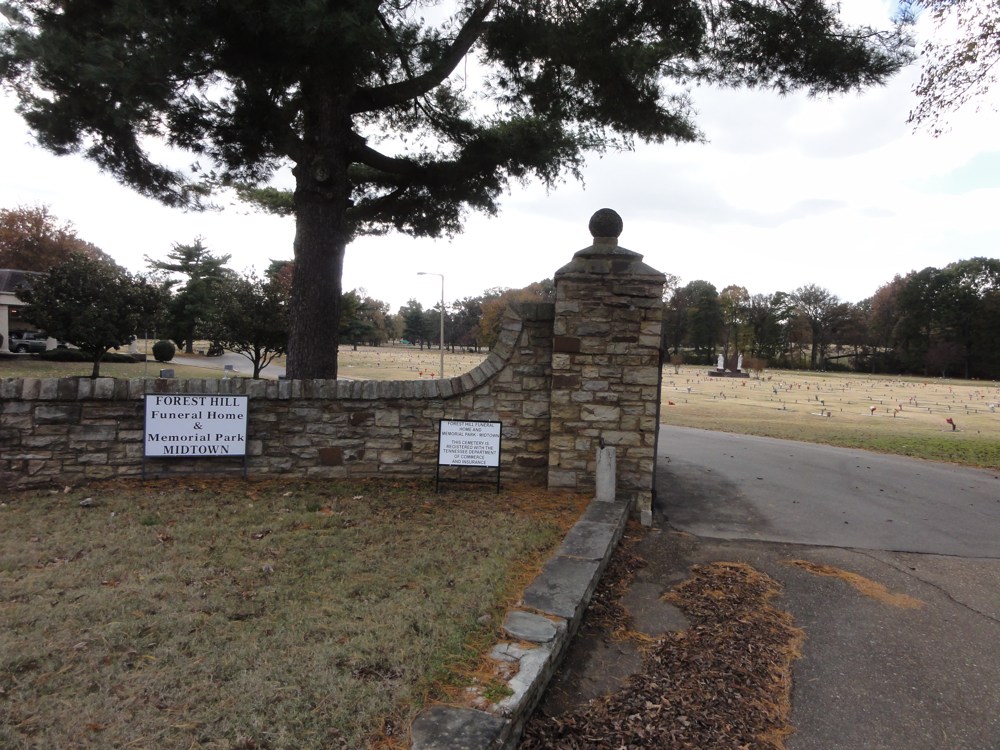 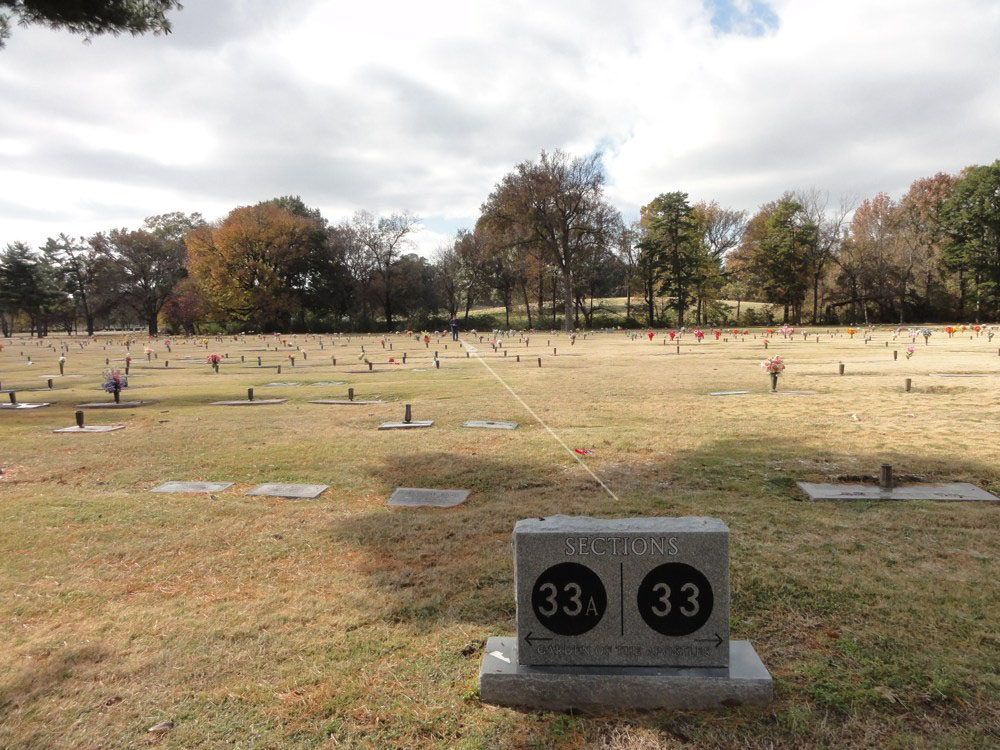 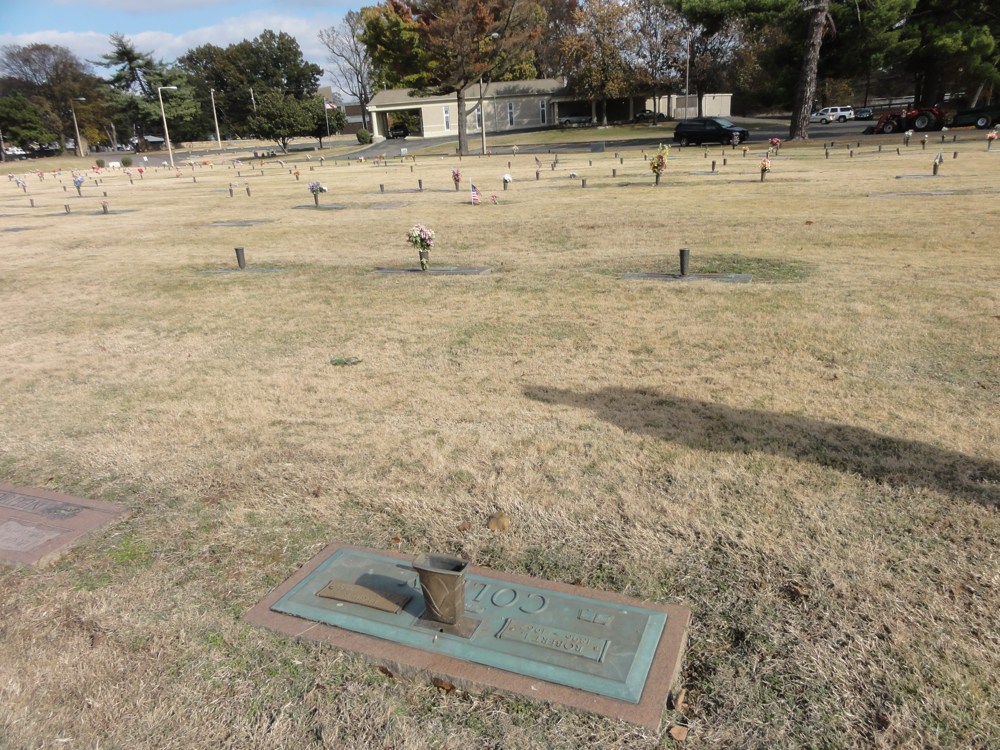 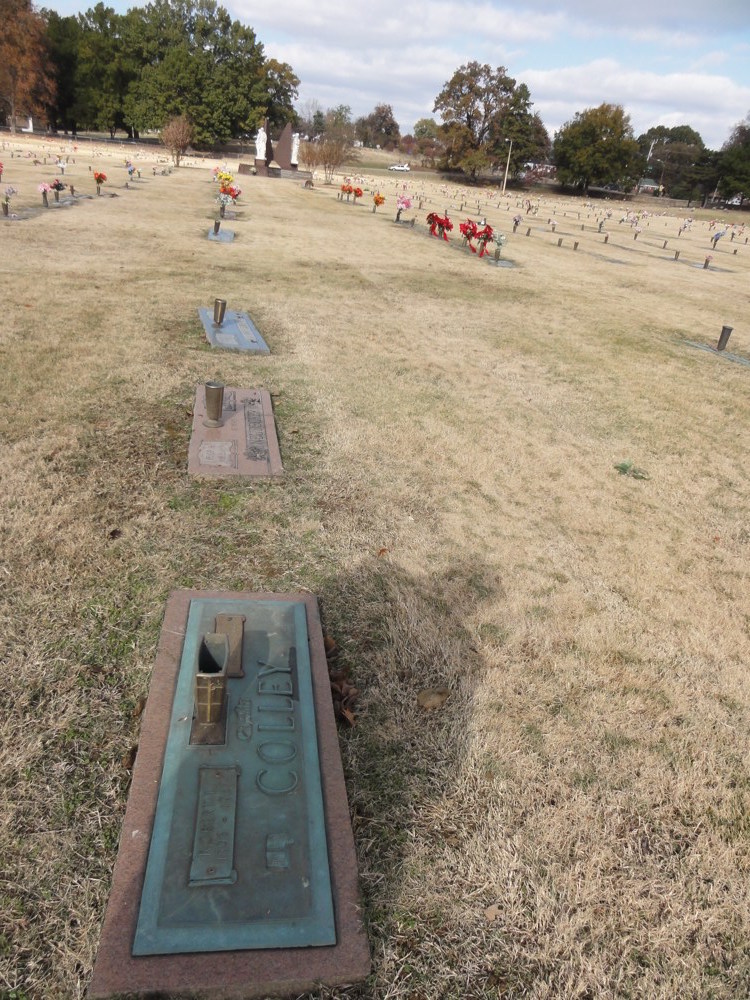 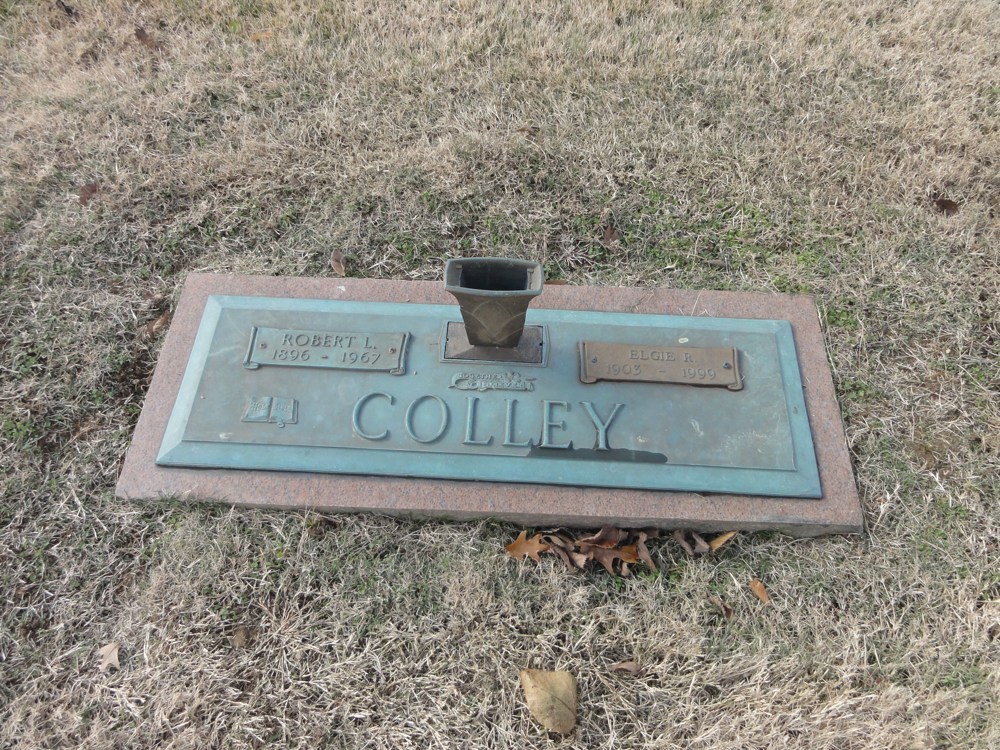 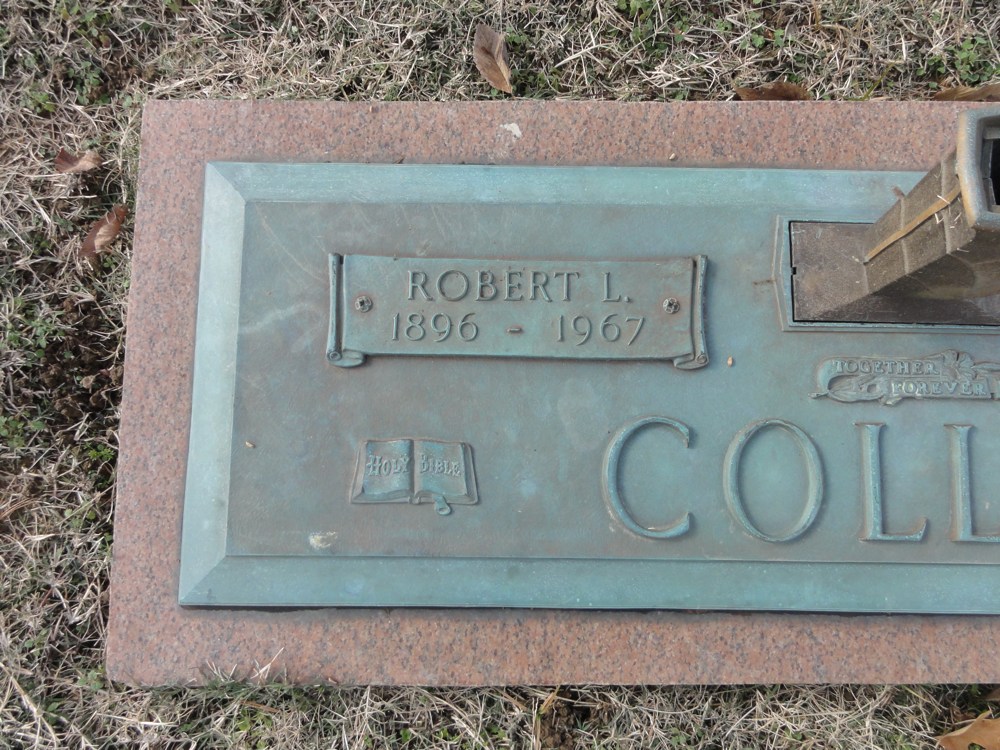 **Special thanks to Tom L. Childers and Charlie Wayne Kilpatrick for assisting in the burial location. They, along with your web editor, took a trip into northern Arkansas to find the graves of gospel preachers of yesteryear in November, 2014. We traveled together three days and located the final resting places of nearly forty preachers and their families. It was a great trip. Our last day involved a trip back to the airport in Memphis. While in Memphis Tom and I visited a couple of cemeteries. One of them was the old Forest Hills Cemetery in Memphis where R.L. Colley is buried.