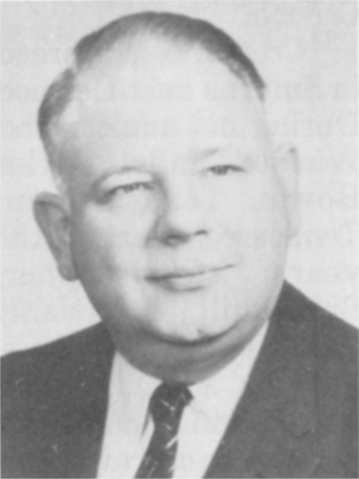 Biographical Sketch On The Life Of O.C. Cunningham

Oliver Cromwell Cunningham was born January 15, 1916, to Robert Cartwright Cunningham and the former Bessie May Quarles in Nashville, Tennessee. He married Elizabeth May Clark September 30, 1939. They had three sons: John Quarles Cunningham, David Clark Cunningham, and Philip Tureck Cunningham. John and Philip are gospel preachers and David serves as a deacon.

In preparation for the ministry, Oliver attended David Lipscomb College in Nashville, Tennessee (then a two-year college) and received a Junior College Diploma in June, 1940. While preaching for the Central Church of Christ in Macon, Georgia, he completed the necessary work for a Bachelor of Arts Degree from Mercer University in 1943. He later took some graduate work at Centenary University in Shreveport, Louisiana, and U. T. Graduate School in Nashville, Tennessee.

He conducted Vacation Bible Schools beginning in 1944, preached on the radio for seven years and conducted cottage meetings, showing the Jule Miller films, had training classes for both young and old and had personally trained a number of gospel preachers.

While Cunningham preached for the North Boulevard Church of Christ in Murfreesboro, Tennessee, he started a Christian Student Group in 1948, which met on the campus of MTSC. In later years, while preaching for the Willow Avenue Church of Christ in Cookeville, Tennessee, he started a similar Christian Student Group, which met on the campus of TPI.

In July of 1969, Cunningham retired from located preaching and he and Elizabeth purchased a house in Hendersonville, Tennessee. He continued to preach part-time for churches within driving distance until forced to retire because of extremely poor health. In spite of this, he was conducting a training class for young boys at the Hendersonville Church of Christ (where he and Elizabeth placed their membership in 1977) at the time of his death, January 18, 1979. He died at Nashville Memorial Hospital in Madison, Tennessee, on January 18, 1979, three days past his 63rd birthday. He is buried in Woodlawn Cemetery in Nashville, Tennessee. He preached for 38 years.

Directions To The Grave Of O.C. Cunningham

Oliver Cromwell Cunningham is buried in the Woodlawn Memorial Park Cemetery in Nashville, Tennessee. The Cemetery is located behind the 100 Oaks Shopping Center that faces I-65 just before the I-440 Interchange in the southern part of the city. From 100 Oaks travel east on Thompson Lane and turn left into the main entrance of the Woodlawn Cemetery. Take your first left and travel up the hill. Note that Fountain View C & D will be on your left. At the top of the hill you will see a fountain area. Turn left into the fountain circle. Looking straight south toward Thompson Lane travel in down the path. To the right is Fountain Memorial B, then you come to Fountain Memorial A. Look to the right for a concrete park bench. Go to the bench and turn south toward Thompson Lane. Go past the tree you see just ahead. Just the other side of the tree and slightly to the left is the Cunningham plot. From the park bench it should be about nine or ten rows.