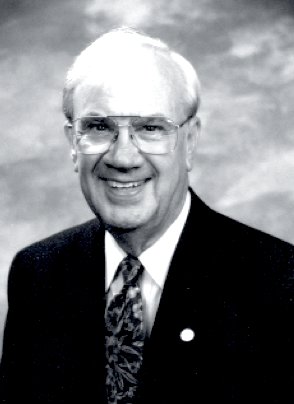 The Passing Of Richard L. Curry

On Monday, October 27, 2003, the angels carried the immortal, precious soul of brother Richard Curry into the bosom of Abraham; however, he is truly missed at the Memphis School of Preaching and Forest Hill. He was cherished by me as a deeply beloved, genuine friend and as a great, supportive co-worker. Brother Curry was one of the most genuine, sterling Christian characters I have ever known. Christ, who knew what was in man, stated of Nathaniel, "Behold, an Israelite indeed, in whom is no guile" (John 1:47). When I think of brother Curry, that description comes to mind. He was a man who possessed deep conviction and impeccable integrity. For some thirty years, brother Curry was an instructor in the Memphis School of Preaching. He had studied at the feet of such greats as N. B. Hardeman, L. L. Brigance, and W. Claude Hall while in Freed-Hardeman College. He preached in Indiana and Mississippi before beginning his work as a preacher and/or elder for three decades at the Oak Acres church in Memphis. In the School, he taught Restoration History, Bible Geography, Bible Archaeology, Prophets, and other Old and New Testament books. He was truly a scholar. He led numerous study trips to the restoration sites, a real highlight to the students. He also preached in many gospel meetings in eighteen states; his preaching covered some fifty-five years, and it was distinctively Biblical and unswervingly loyal to the old Jerusalem gospel. Richard L. Curry left a tremendous heritage. He had a profound influence in declaring the truth to his generation. Except for brother Garland Elkins and me, he had a large influence in teaching and training the other seven administrators and teachers in the MSOP. These men are carrying on the great heritage, as did he; "And the things which thou hast heard from me among many witnesses, the same commit thou to faithful men, who shall be able to teach others also" (II Tim. 2:2). The writer was truly blessed to have gotten to work with brother Curry for more than fifteen years; he was a joy and an inspiration. We express sincere sympathy to sister Curry and the family and join with them and with his other co-workers and countless students and friends as we "rise up, and call [him] blessed" (Prov. 31:28). -- Curtis A. Cates

The Life Of Richard L. Curry

Richard Lee Curry was born in Winchester, Kentucky October 26, 1922. He was baptized by T.Q. Martin in 1933. Ten years later he married Barbara Harrison. To them were born two children, Nancy Ann and Richard Craig.

Brother Curry attended Freed-Hardman College and the University of Mississippi. He began preaching in Muncie, Indiana in 1942. He served the following churches, the Hoyt and Tenth church in Muncie from 1942-1946; the Salem, Indiana church of Christ from 1944-1946; the Sardis, Mississippi church from 1947-1952; the Oxford, Mississippi church from 1952-1958; the South Parkway church in Memphis, Tennessee from 1958 and for several years thereafter. Further history is needed to complete this record.

He preached meetings all over the country, was involved in radio preaching and teaching, and in later years taught at the Memphis School of Preaching. R.L. Curry passed from this life October 27, 2003. He was buried in Memphis.

Directions To The Grave of R.L. Curry

R.L. and Barbara Curry are buried in the Oak Forest Memorial Gardens in south Memphis, Tennessee. Take I-55 to Exit 2 and head east on E. Shelby Dr. Turn right on Airways Blvd. Then, turn left on E. Holmes. The cemetery is on the right. Enter the cemetery and make your first right. Follow drive until it curves inward toward the E. Holmes Street. Nearly to the center of the curve you will enter toward the front of the cemetery about midway of the lot to find the Curry plot. The burial location is Lot 141D-1. 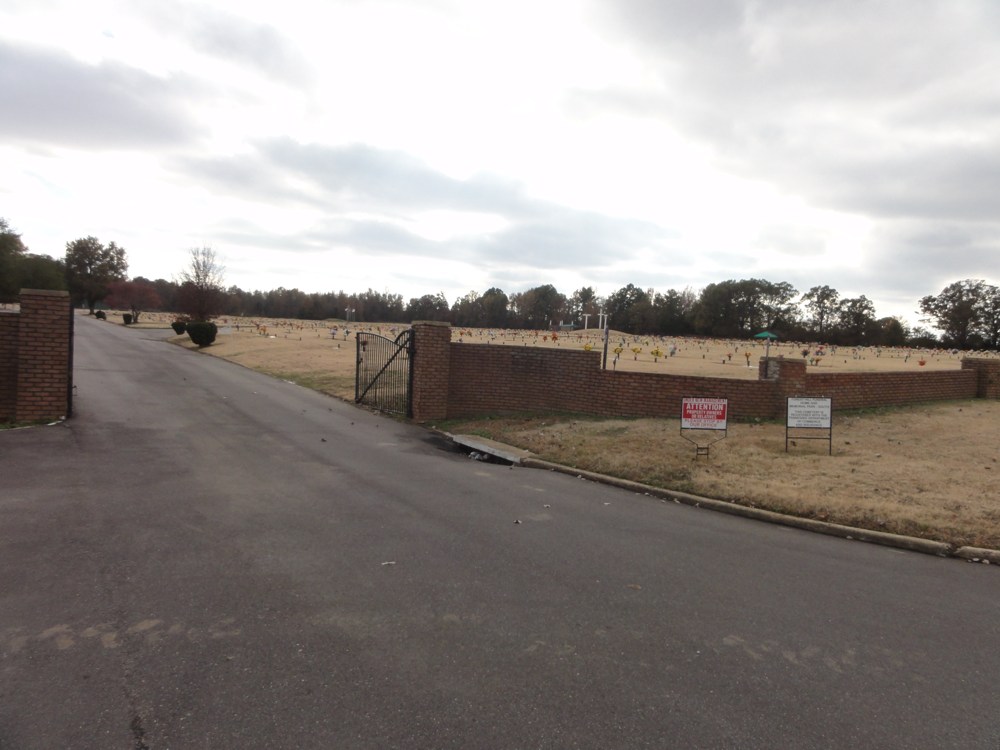 From Entrance take first right and head to curve on right. Then toward the street. 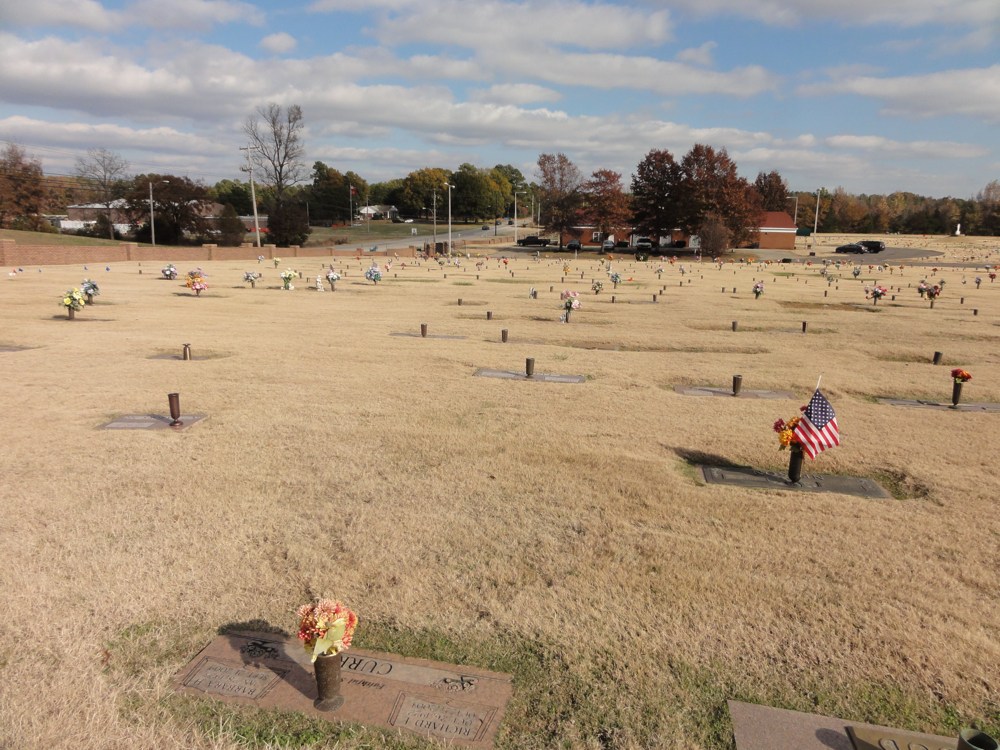 Looking east from the grave toward the funeral home

Tom L. Childers standing at the grave of Richard Curry. Near the front of the cemetery. 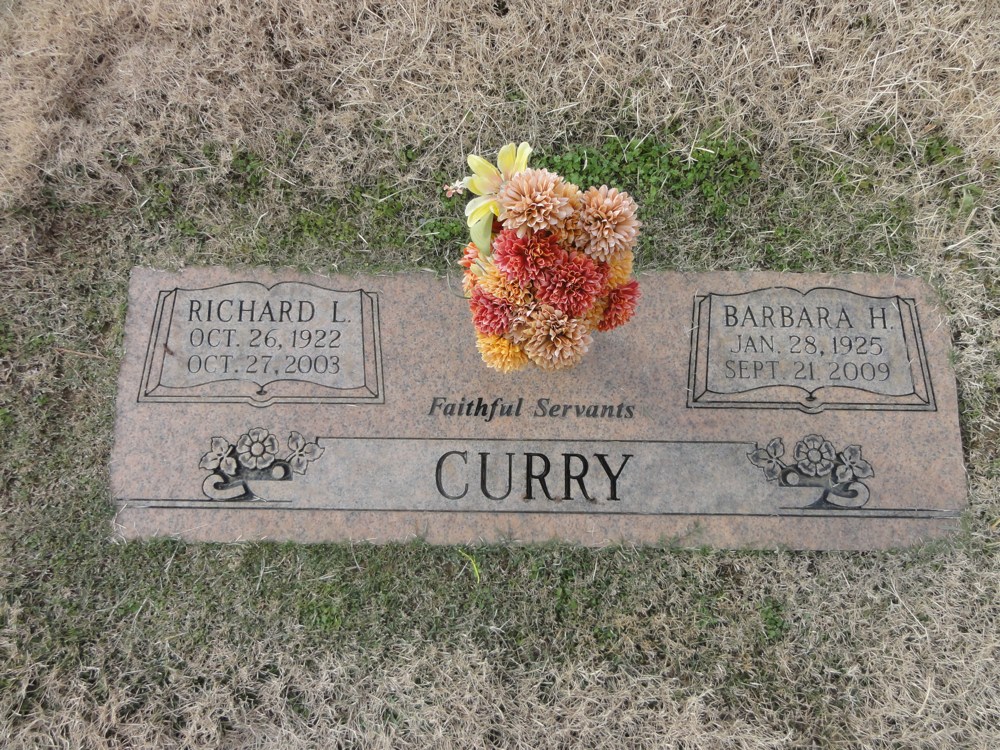 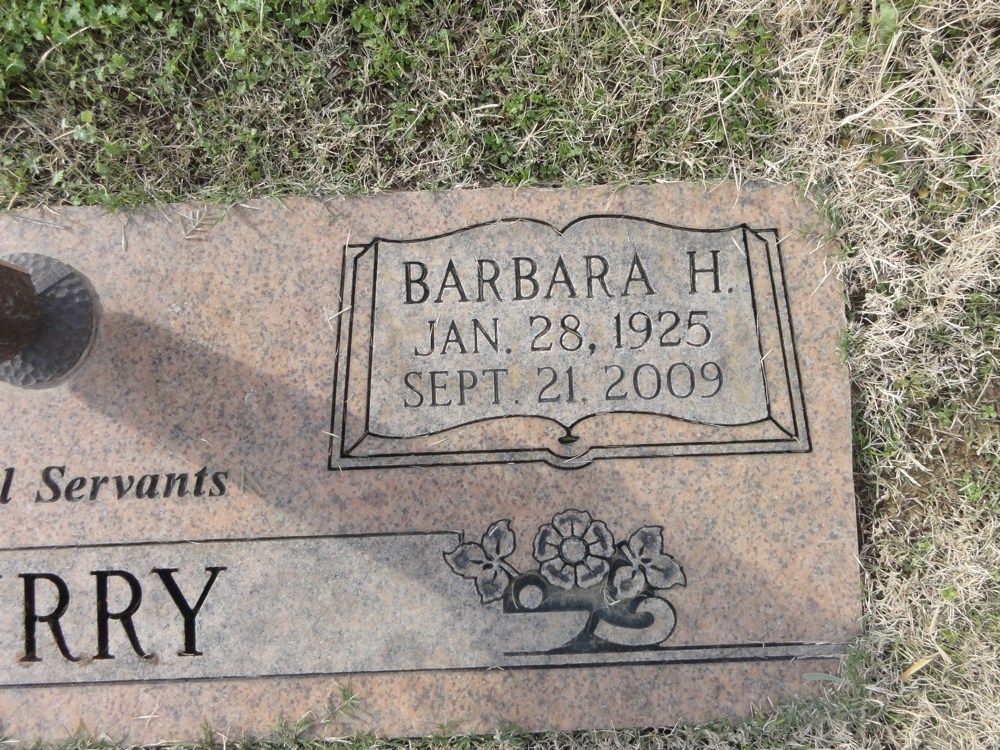 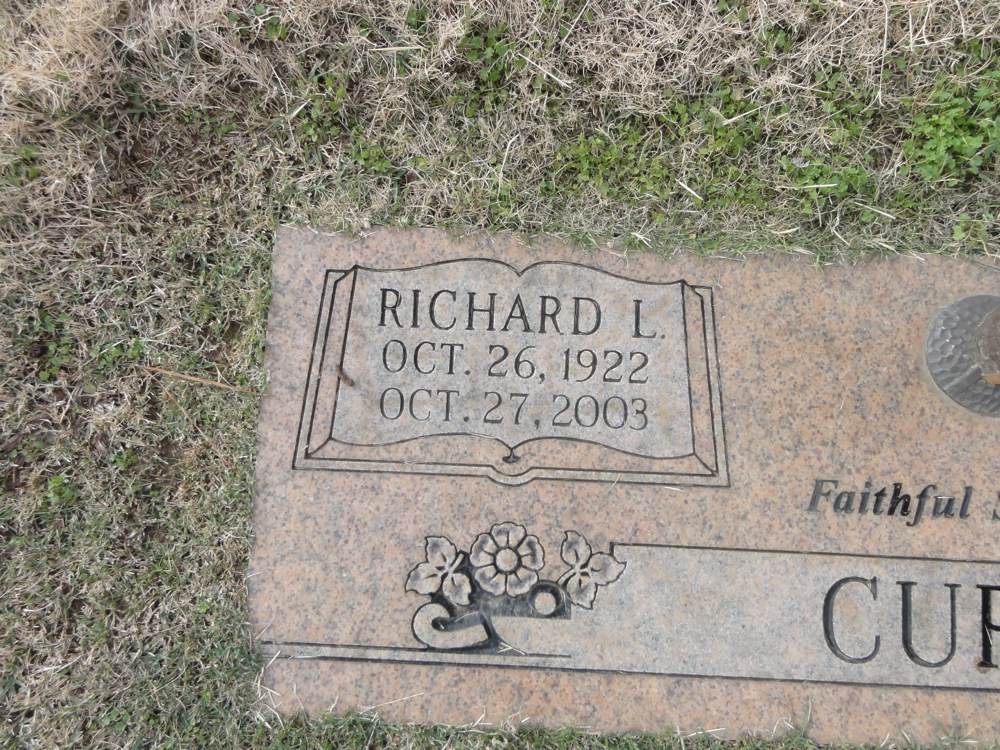