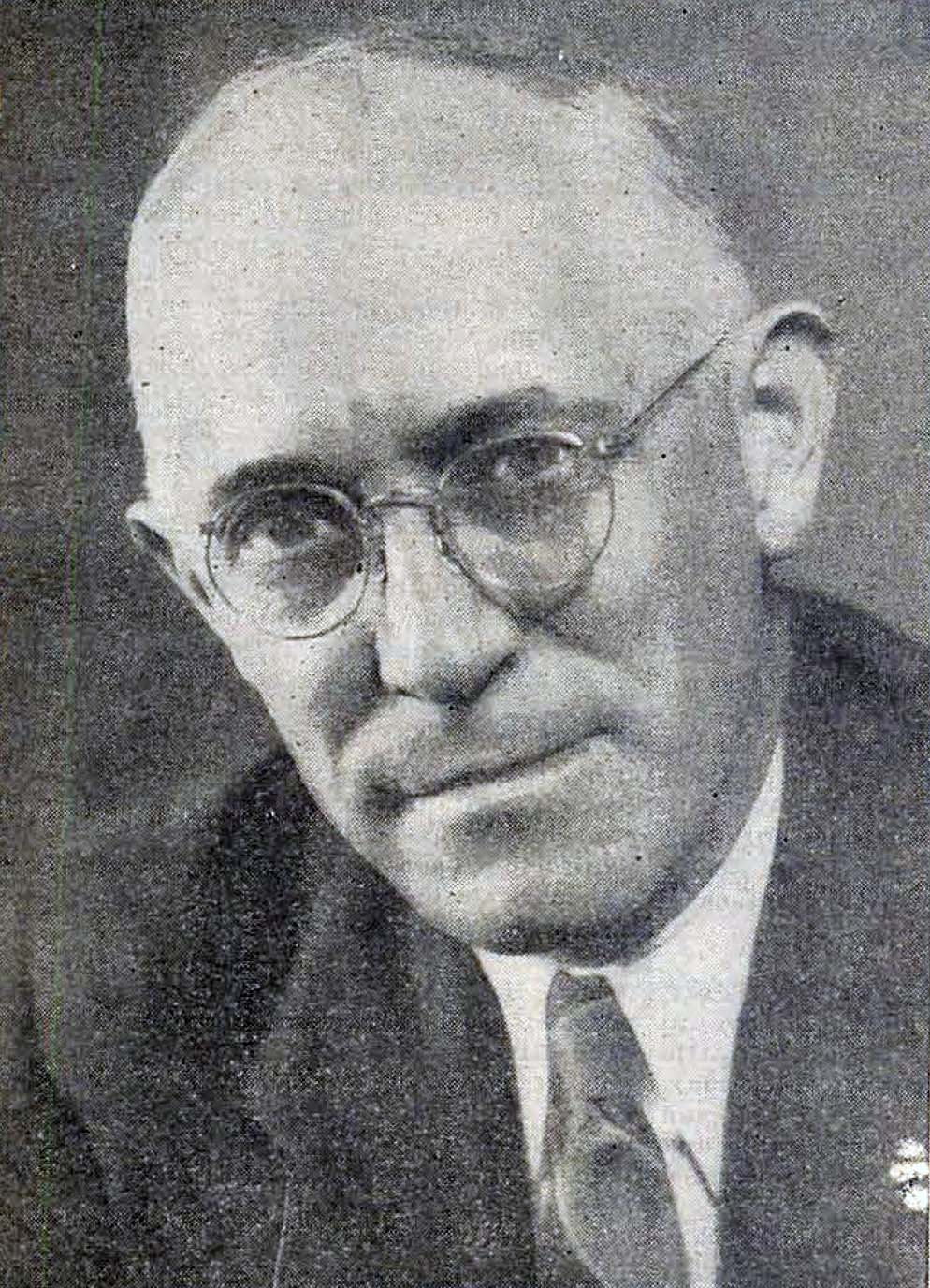 On Wednesday, December 19th, we received a telegram that Brother Lacy H. Elrod, President of Dasher Bible College, died suddenly that morning. Brother Elrod has been for several years the president of Dasher Bible College for Boys and Girls. Undoubtedly, this has been the best work of his life. He was a teacher in Nashville, Tennessee, for a long period of time. His wife, Lucy Elrod, was a daughter of the late Brother Billy Jones, son of the well known early gospel preacher, J. R. Jones of Arkansas and later of Roswell, New Mexico, where he died. Brother
and Sister Elrod were well known to Sister Showalter and myself, and we sympathize deeply with the family in the passing of Brother Elrod. Two years ago, this writer held a very interesting and successful protracted meeting for the church worshipping at Dasher Bible College and Brother and Sister Elrod, "Lacy and Lucy," endeared themselves to us by their fine hospitality and also through a recognition of the splendid service they have both rendered for young people in Dasher Bible College. Few men in the brotherhood today will be missed more than Brother Elrod. Sister Lucy Elrod is strong in the faith and a diligent and hard worker and has done her part well in Dasher Bible College since she and her husband took over the work. We do not know, as yet, what replacement will be made for Brother Elrod. It is an important work and it is not very easy to find the man well qualified for this important work. The bereaved ones are remembered by us with much love and appreciation, and we extend to them the consolations of the faith of the gospel of Christ.
-G. H. P. SHOWALTER, Firm Foundation, January 8, 1952, page 8.

As announced in an earlier issue of the Firm Foundation, Dr. Lacy Elrod, 61, well known educator and gospel preacher, died suddenly of a heart attack on the early morning of Wednesday, December 19, 1951. He was, at the time, apparently in good health. Brother Elrod came to Valdosta, Georgia, to become president of Dasher Bible School, six years ago. Funeral services were held at 2 p.m. on December 20, at the Central Church of Christ at Valdosta, E. H. Ijams and S. P. Pittman officiating. Burial was in Maplewood Cemetery, in Smyrna, Tennessee. A native of Rutherford, Brother Elrod received his early education in the public schools there. He later attended Burritt College and David Lipscomb College. He received his master's and doctor's degrees in education from George Peabody College for Teachers. At the time of hls death Brother Elrod was president of the Dasher Bible School of Valdosta, Georgia. In Nashville, Brother Elrod was at one time teacher of Romance Languages at David Lipscomb College. For a number of years he was head of the Department of Certification of the State Department of Education. He was a member of the Phi Delta Kappa, an honorary fraternity of the teaching profession. For a time he was superintendent of the State Training and Agricultural School at Jordonia. Brother Elrod was the son of the late J. E. and Josie Warren Elrod of Rutherford county. In 1917 he married Miss Lucy Jones, of Roswell, New Mexico, daughter of Billy Jones, son of the late pioneer preacher, J. R. Jones, and Sister Jones, who survive him. Other relatives, surviving include two sons: W. T. Elrod of Old Hickory, Tennessee, and Dr. Parker Elrod, of Nashville; a brother, John E. Elrod, of Nashville, and five grandchildren.
-G. H. P. SHOWALTER, Firm Foundation, January 22, 1952, page 11.

Few men have ever been better suited to the work they were doing than Brother Lacy Elrod was to the work at Dasher Bible School. It has been my lot to know somewhat about the efforts put forth there. This man lived, breathed and slept with the problems of Dasher on his mind. With the courage and determination, the faith and energy, and the constant drive of a much younger man he saw these problems beginning to resolve themselves into smooth working gears for the perpetuation and substantiation of Dasher Bible School.

While he had the educational qualifications that fitted hlm for work in colleges and universities, yet he chose to give of his constant labor and love to this little Bible School. His name became a symbol to southern Georgia of a Christian's fight for that which was right and holy. His basketball teams went on the court attired modestly in whites, yet they won the state in their division one year and stood hlgh in other years. It is my understanding that their habit was to pray before the game, not so much the winning of the game but how they conducted themselves win or lose.

So it was that on a Tuesday evening he taught hls Bible class, apparently well (he planned to take time out for a checkup after the first of the year) but the dawn of another day was to be the last sunrise upon this earth. We believe that the loss suffered by the church and the Bible School will make heaven a little richer and brighter. His faithful wife stands not alone, the Lord is with her and her friends who wish her well shed with her the tear, and with her share the hope of "over yonder."

Dasher Bible School is free from "hobbyism" or doctrinal errors. Her friends would do well to stand by her in this sore hour of trial and loss. Brother Elrod served much of his time without salary, yet this man literally was a casualty of long and devoted consecration to his duty as it lay before hlm. It is the hope and prayer of the friends of Dasher that a suitable man or plan will be found to stand in the place, where stood a "man suited to his work" in every sense of the word.

Lacy H. Elrod is buried in the old Mapleview Cemetery in Smyrna, Rutherford County, Tennessee. Between Murfreesboro and Nashville, take I-24 to Exit 66/Sam Ridley Parkway/Hwy.266 and head east toward Smyrna township. Turn right on Hwy. 41/N. Lowry Street. Just past the town center you will be on S. Lowry. Turn left on Sam Davis Rd. and then right on Maple St. The road will dead end to the cemetery. Travel straight into the cemetery, and begin looking to your left for the DICKINSON monument. The Elrod plot will be two rows back and a few markers in from there. Within a few yards from the grave of Lacy Elrod are two other gospel preachers, Gilbert E. Shaffer and H.P. Dodd. 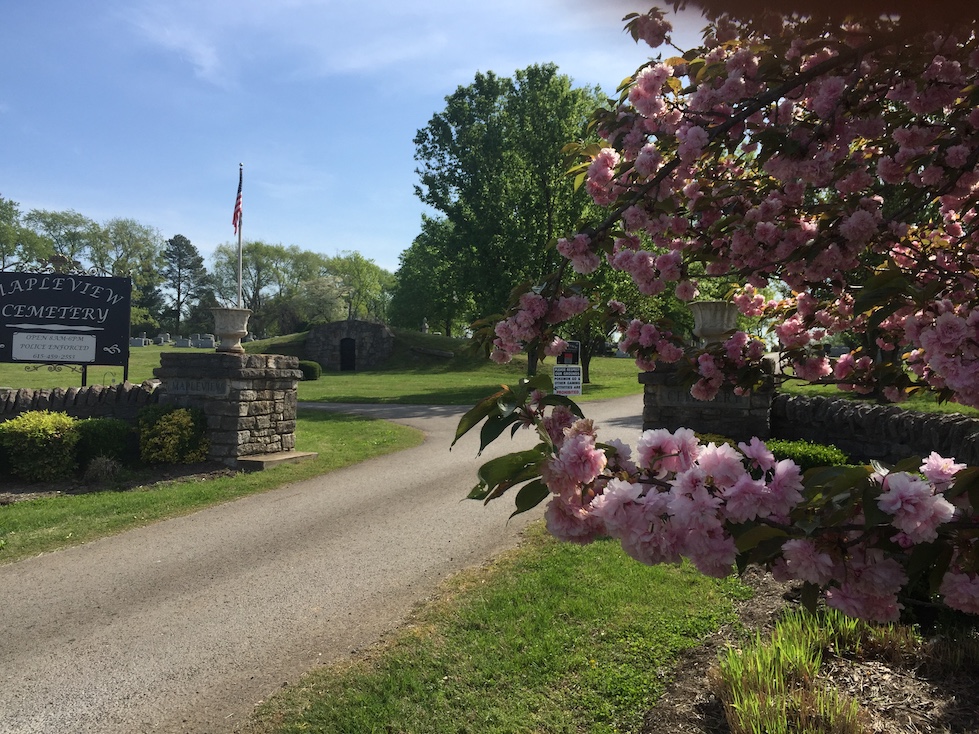 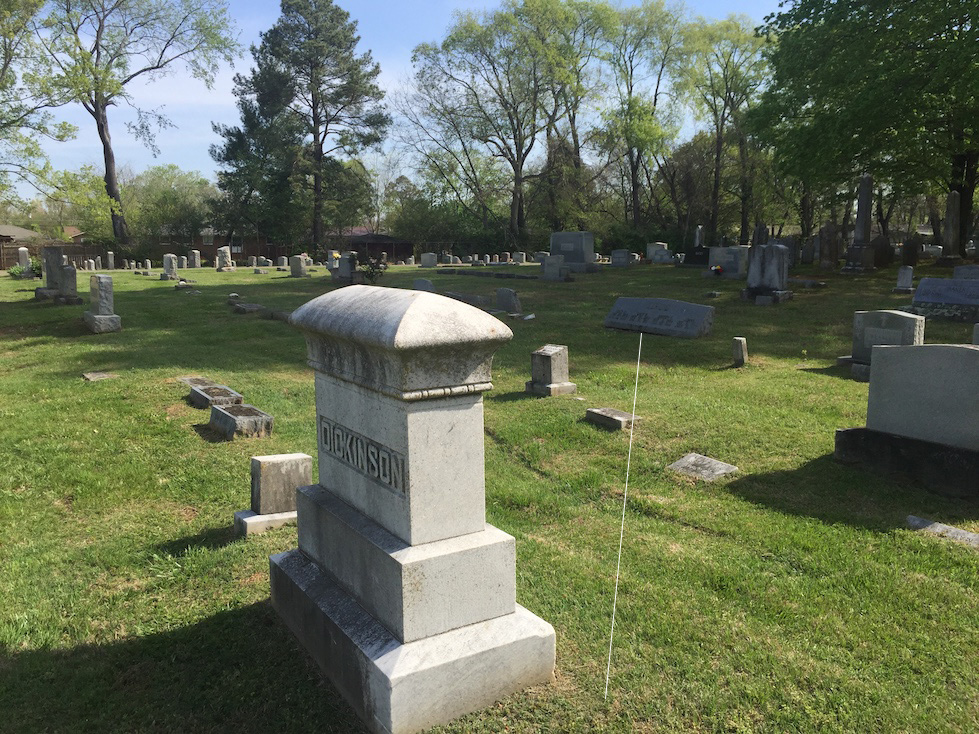 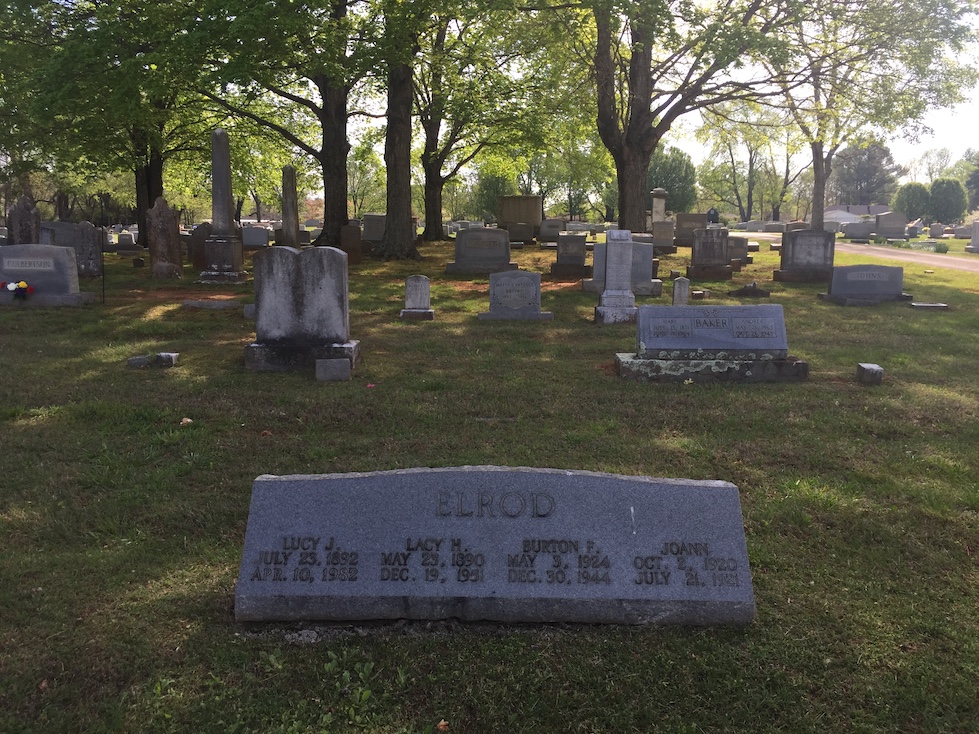 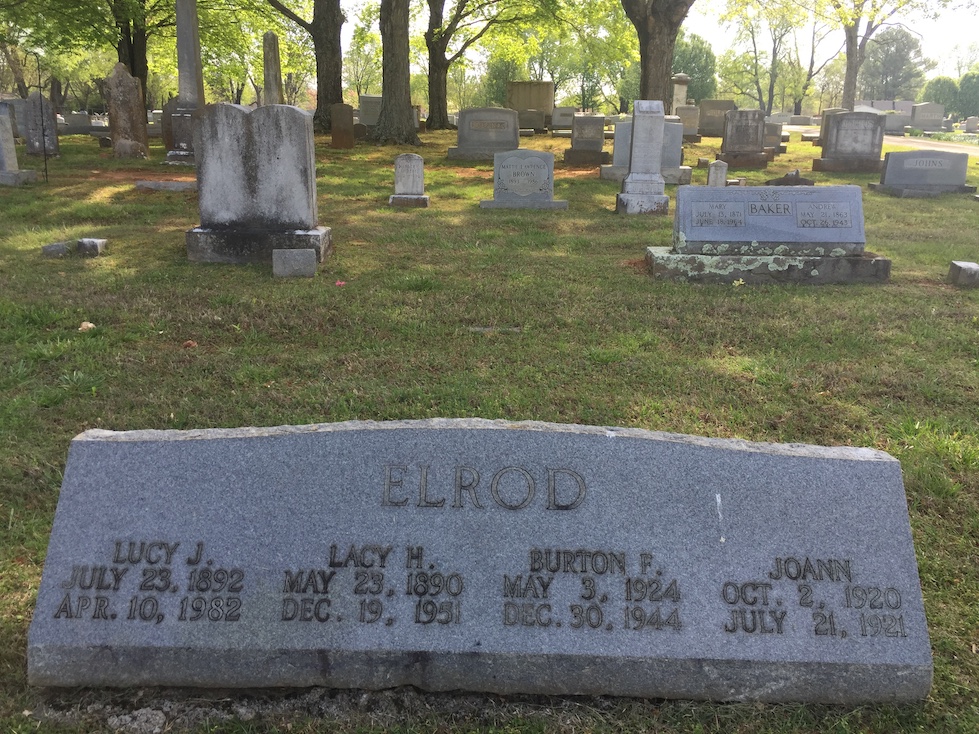 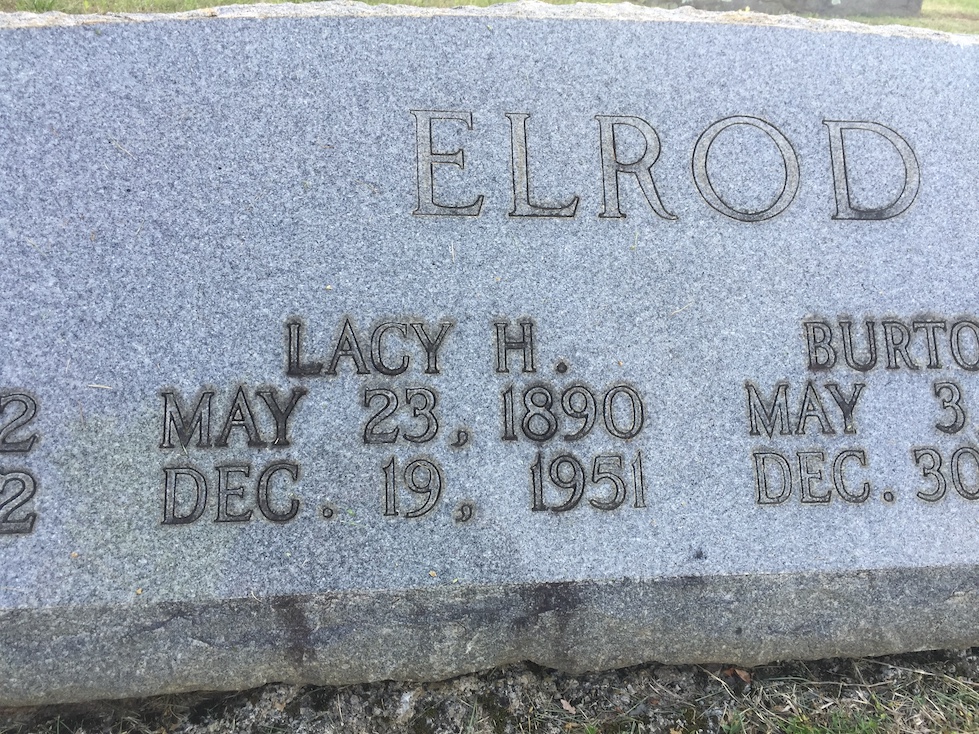