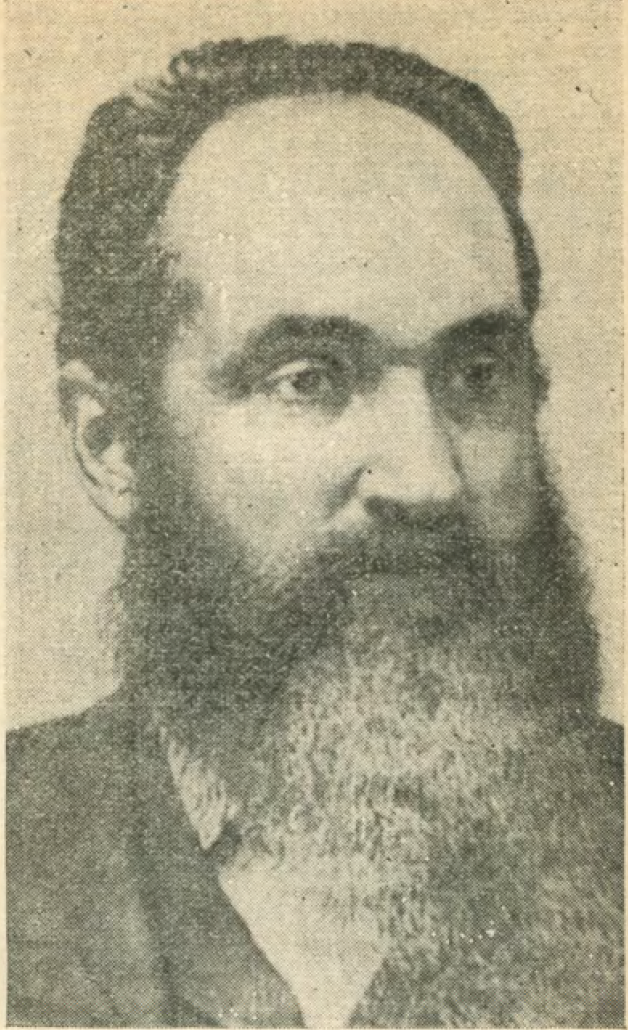 The Life of A. M. Ferguson

Growing up, he had very little education. His father farmed, and he followed in his father’s footsteps until, at age twenty-four, war was declared in the southern United States. Immediately, he joined the Confederacy. From papers filed for a pension in 1903, it can be determined that he enlisted at Co. H., Ed Harmon, Captain in the 45th Regiment of Va., under Col. Heath. He was honorably discharged due to “a disability.” Elsewhere in his application, he stated he had developed Rheumatism and a nervous disorder called “palsy.” Not long after he was released, Anthony volunteered in Company C of the 37th Virginia under Captain McElhany and Col. Fulkerson. At some point, Anthony suffered an accident that brought about the loss of a thumb on his left hand. Being honorably discharged again, he determined to help the cause the best he could by joining the Home Guard for the remainder of the war. When asked what action he endured, he spoke of two fights under Capt. Sawyers: with the “bushwhackers” when they tried to take the Conscript prisoners from them. The struggles during the war left him to battle with his health for the remainder of his days. Heart troubles continued to plague him as well.

J. W. West featured a sketch on the life of A. M. Ferguson in which he recalled, "Anthony did not decide to enter the ministry until after his marriage and the birth of his children. At that time, he was middle age, but this did not deter him. Despite age and responsibilities due to his family, he entered a "free school" to improve his use and command of the English language. He began at home a systematic study of the Bible, the debates of Alexander Campbell, and various books and commentaries on the Scriptures until, due to his intense and continued application to these courses of study, he came into command of a remarkably beautiful flow of language and a broad and deep grasp of the Scriptures.

"In this way he became one of the most powerful of the early preachers of the Christian Church. He never cared for local pastorates but preferred to hold meetings and preach by appointment among the country churches in Southwest Virginia, East Tennessee, and Western North Carolina.

"He made his appointments in the hard way, on horseback, and brought back the earthly rewards in his saddlebags, which were meager and sometimes none, but his joy and reward came in carrying the gospel to the people who lived in the country, in the mountainous and the out-of-way places where the gospel rarely, if ever, had been preached.

"For forty years, he did this until hundreds and thousands came into the church through his preaching and until he and his wife, who was called Aunt Polly, were known far and wide through the mountainous regions of Tennessee and Virginia." (Sketches on our Mountain Preachers, J.W. West, pages 80-82)

One of the brightest lights of Anthony and Polly’s life was their son, Aaron. A parent’s greatest desire for his child is that he exceeds himself in his given field. A. A. Ferguson not only chose the path of his father as a gospel preacher, but excelled beyond his father in formal education and fame. A fuller examination of his life appears in another place on this website. Suffice it to say, his parents were very proud of him. As their lives reached their twilight years, their son and his family cared greatly for them. He opened his home and blessed them with care up until the end.

The Ferguson family plot is located in the Oak Hill Cemetery in Johnson City, Tennessee. In east Tennessee take I-26 to exit 23. If coming from the north you will turn right on a one-way street E. Market St. (Note: This is a one-way street. Coming from the south you will take E. Main St. which is one-way. You'll have to cross over E. Main and turn left on E. Market St and go up under the bridge). Travel on E. Market until you cross Buffalo St. and it will becoe W. Market St. In a couple blocks turn left on E. Bonne St. Go about two blocks and you'll see the cemetery on your right. Enter the first entrance you come to on your right. As soon as you enter, the graves are to your right. You will want to park your car as it is in the fence row that parallels E. Bonne St. While in the cemetery be sure and visit the graves of other restoration preachers buried in the cemetery like, S.H. Millard and John Wright. 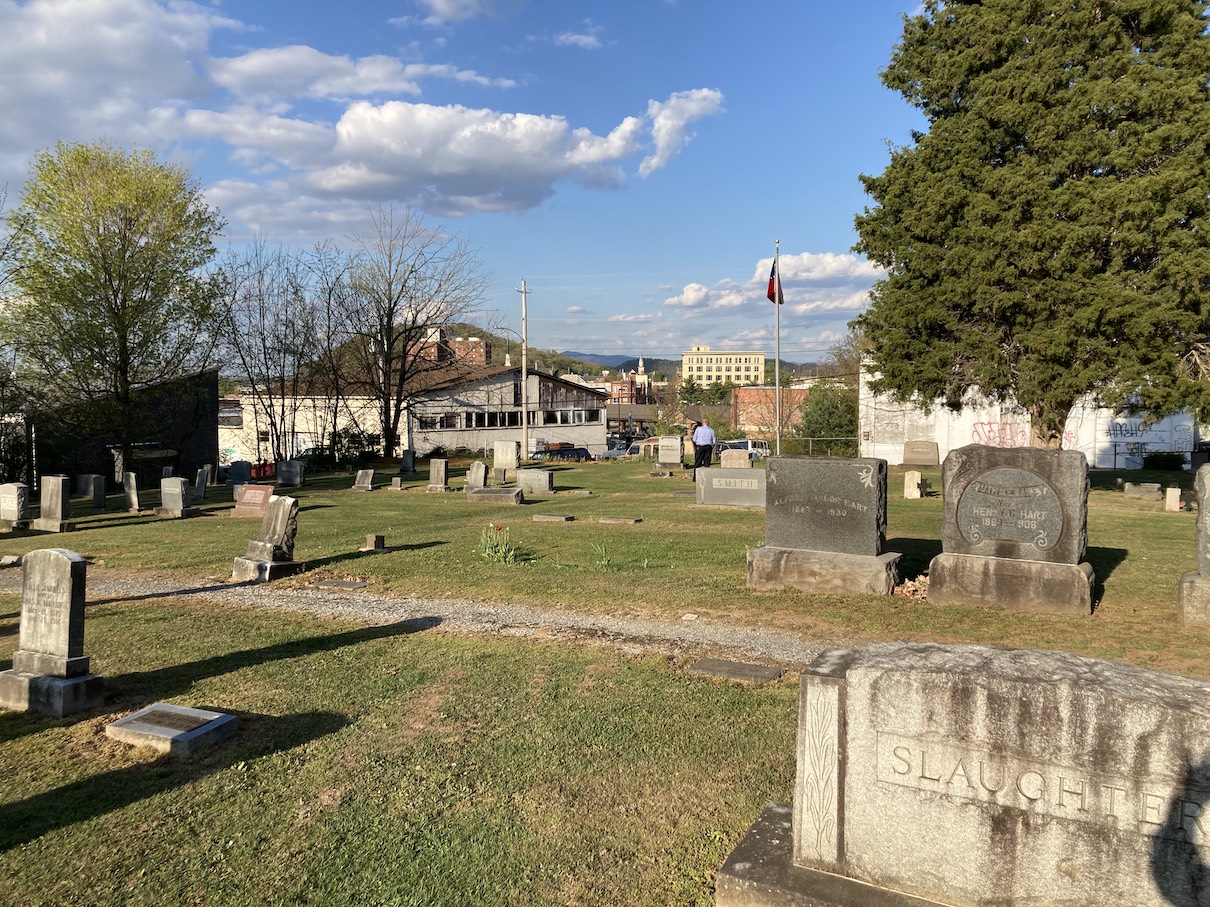 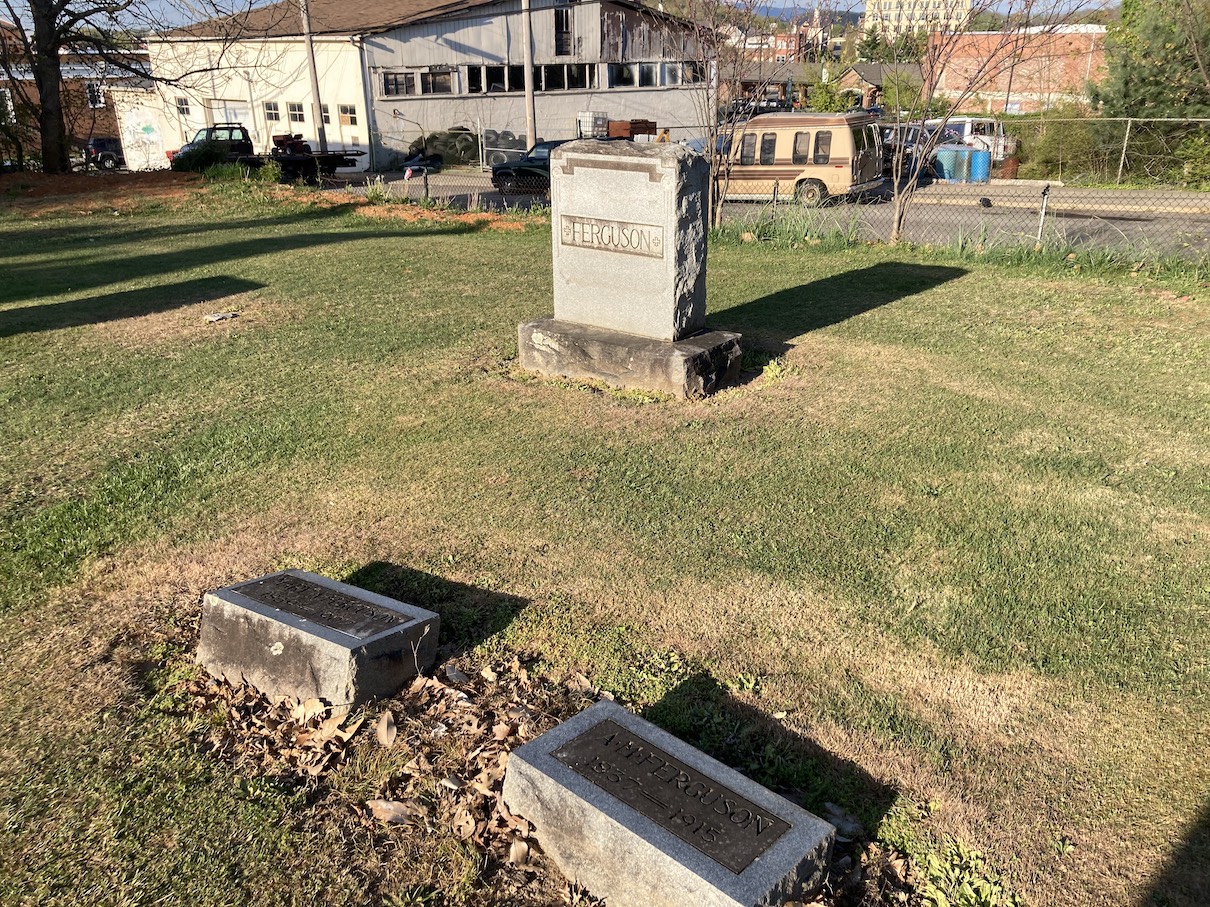 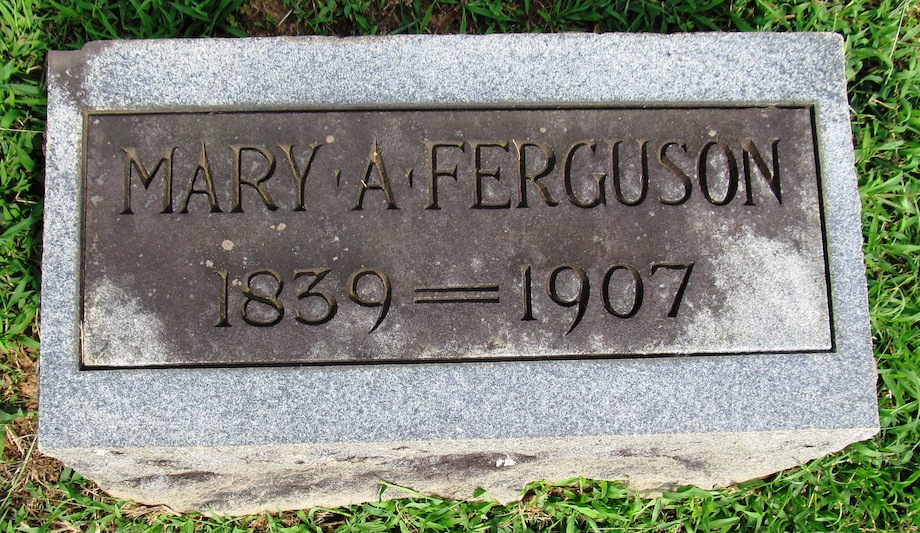 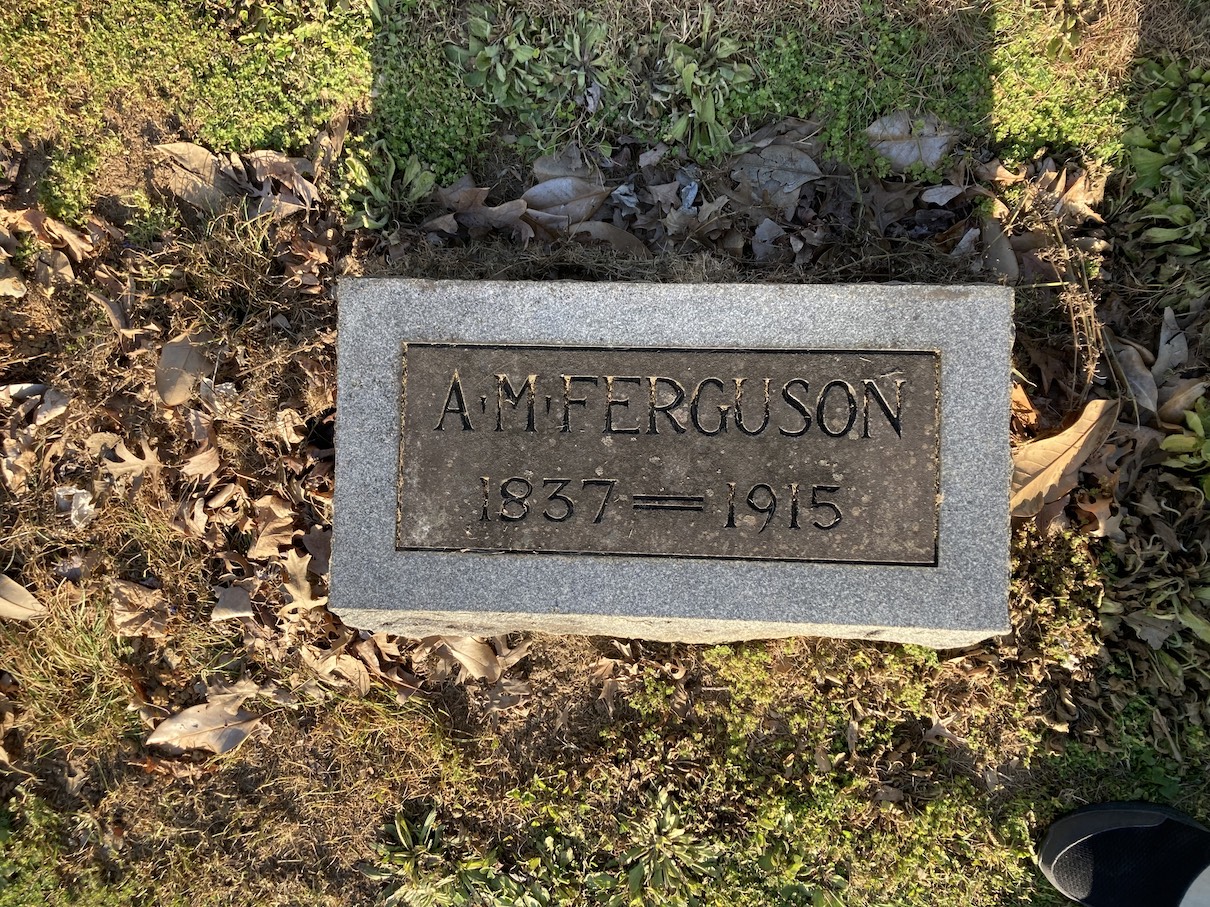 Special Recognition: C. Wayne Kilpatrick and Tom L. Childers in traveling with me in April, 2021 over to the very eastern part of Tennessee to find graves of restoration preachers.