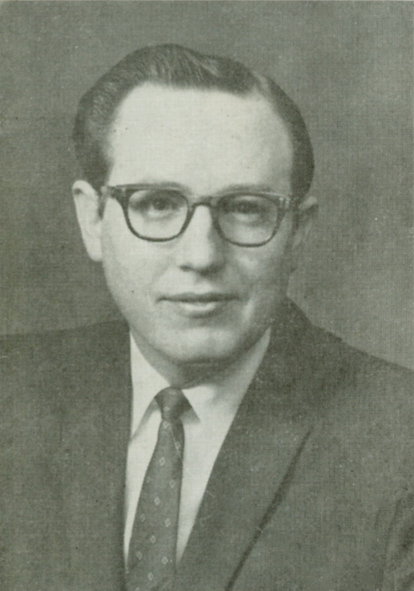 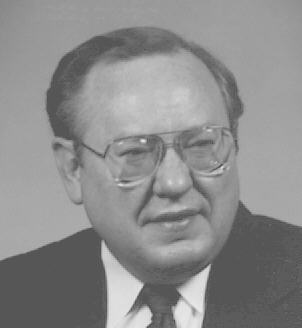 Funeral services for Dr. Dowell Flatt will be Thursday at 11 a.m. at the Henderson Church of Christ with Dr. Billy Smith, Ben Flatt, Aaron Jewell, Seth Chadwell and Kenneth Chadwell officiating. Visitation will be Wednesday from 4 to 9 p.m. at Casey Funeral Home in Henderson. An additional service will be conducted Friday at 11 a.m. at the Union Hill Church of Christ in Jackson County, Tenn., with Jimmy Anderson officiating. Burial will follow at the Union Hill-Flatt Cemetery.

Flatt, 62, died Monday morning. He had taught at Freed-Hardeman since 1975 and served as a minister his entire career, serving congregations full time in Tennessee, Michigan, Missouri and Louisiana before joining the FHU faculty. Through gospel meetings, evangelistic campaigns and other efforts, he had also traveled to all 50 U.S. states as well as 38 foreign countries, having made it a goal in 1970 to participate in at least one international evangelistic effort each year. Flatt's ministry was also accomplished through his writings, which appeared frequently in such publications as Gospel Advocate, World Evangelist and Lord's Way.

"Dr. Flatt was a personal friend of mine for about 40 years. During that time, he's always been one of the kindest, most gentle Christian men I've known–and a truly brilliant Greek scholar and student of the Bible," said FHU President Milton Sewell, who was in college with Flatt in the early 1960s. "For many years, Dr. Flatt and his wife, Della, have been two of the most beloved people among students, alumni and faculty, and we'll miss him deeply for years to come. We're with the family continually at this time, through prayers and support."

Flatt, a 1961 graduate of Freed-Hardeman, retired from the university May 30 after 28 years and had just taught a first-term summer course on an adjunct basis. In addition to his service as a professor of Bible, he had served as chairman of the Department of Biblical Studies from 1982 to 1990 and had been involved with the university's Preachers' Club and Evangelism Forum. He retired as assistant to the dean of the School of Biblical Studies. 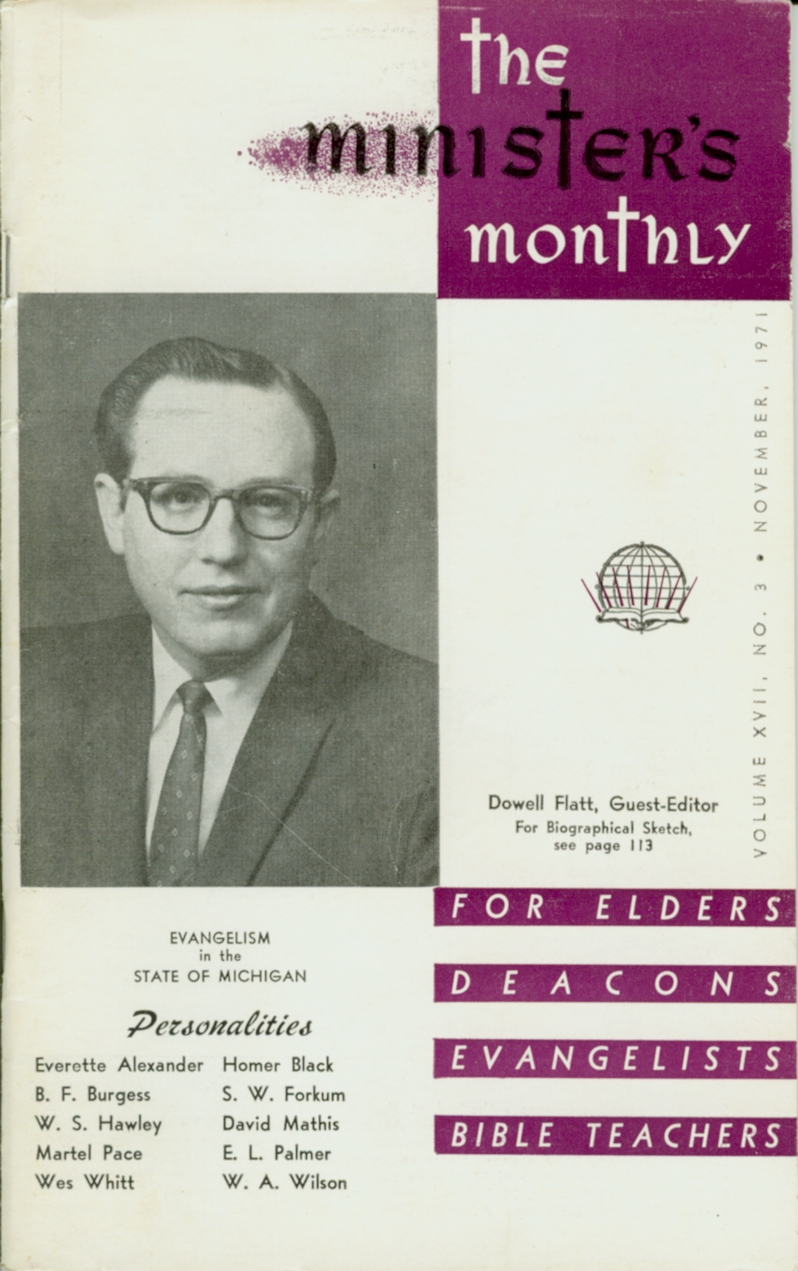 Directions To The Grave of Dowell Flatt

The Union Hill - Flatt Cemetery is located in the small east Tennessee community of Bloomington Springs, Tennessee. Located on Hwy 290/Shepherdsville Hwy. access from I-40 is as follows. Take I-40 to Exit 280 and head north on Hwy. 56/Gainesboro Hwy. Go about 6.4 miles and turn left on Shepherdsville Hwy. Go another 1.2 miles and the church and cemetery will be on your right. The name Flatt is well known in these parts among churches of Christ, as many in the family have been preachers and church workers. Many of the people buried in this cemetery are kin to the Flatt family. Dowell's grandfather, Hiram Way, was a preacher and is buried just a few graves away. 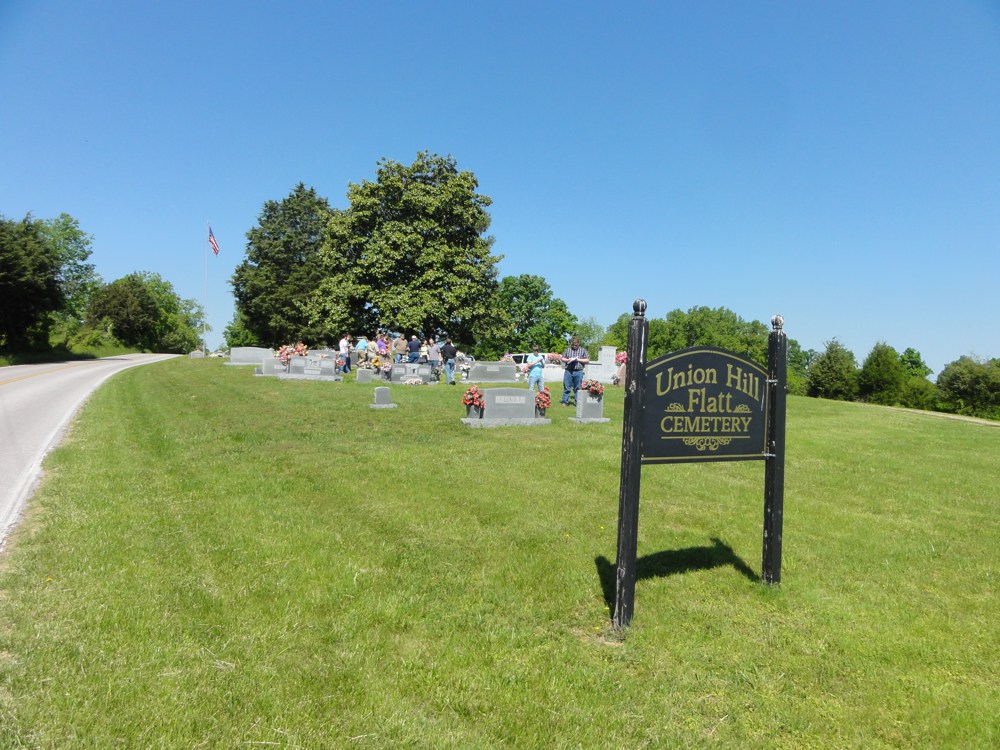 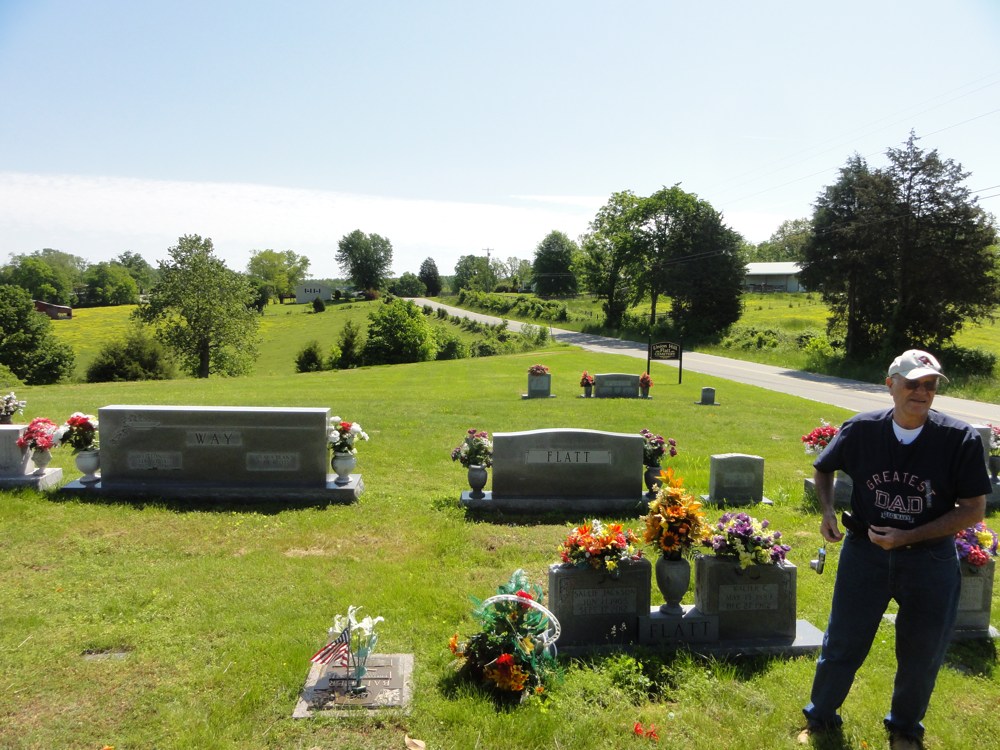 Tom Childers At The Flatt Cemetery 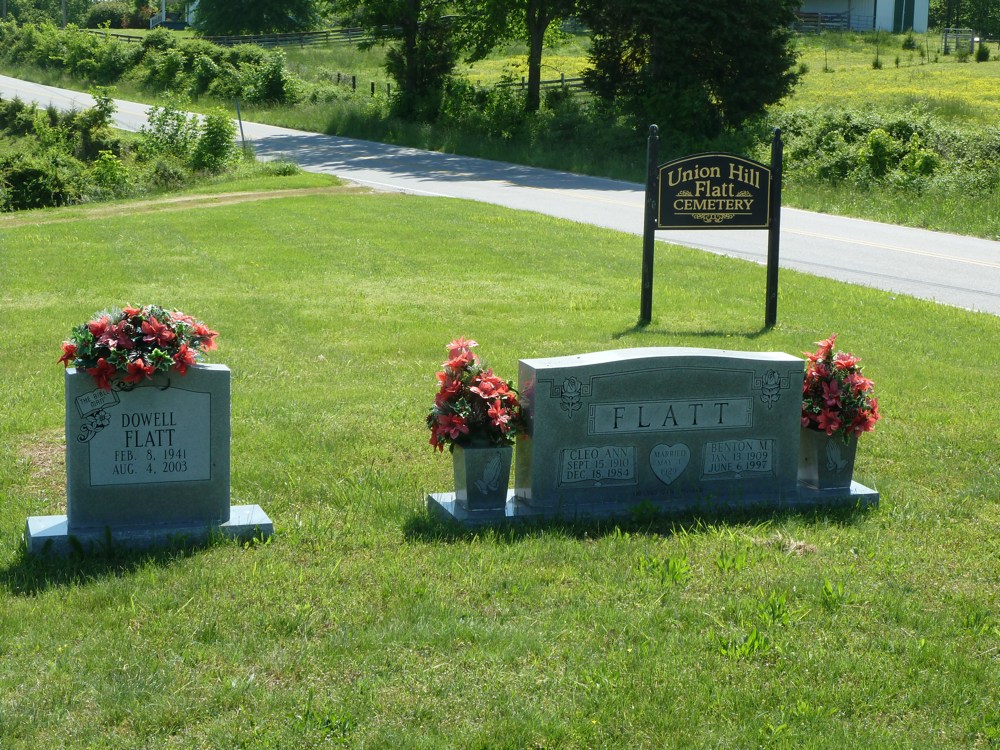 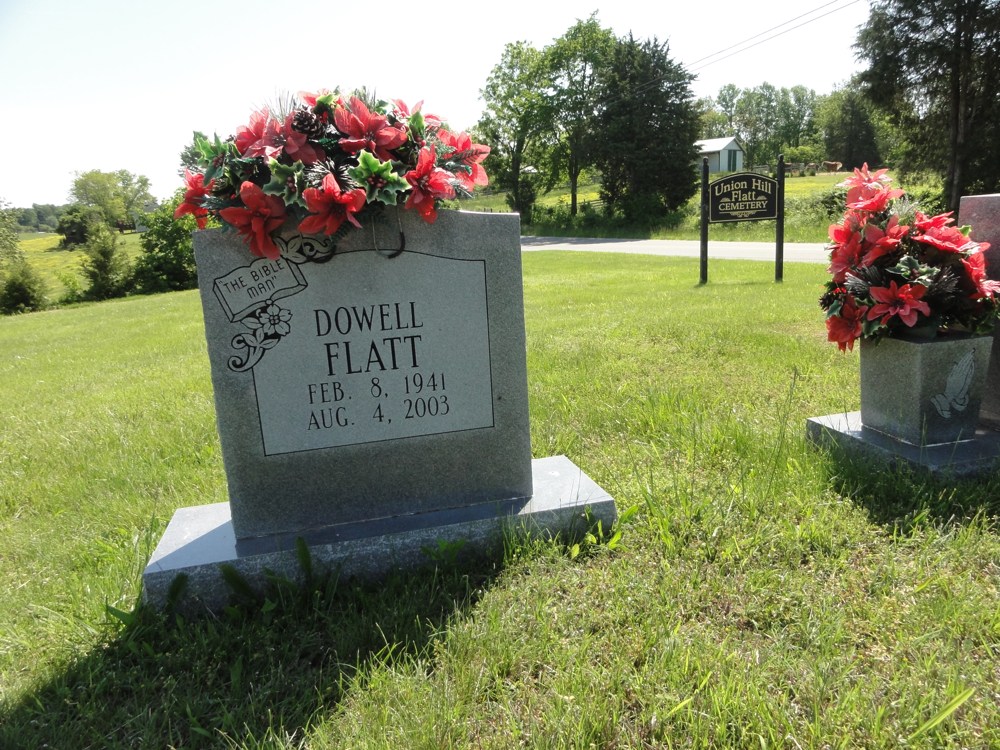 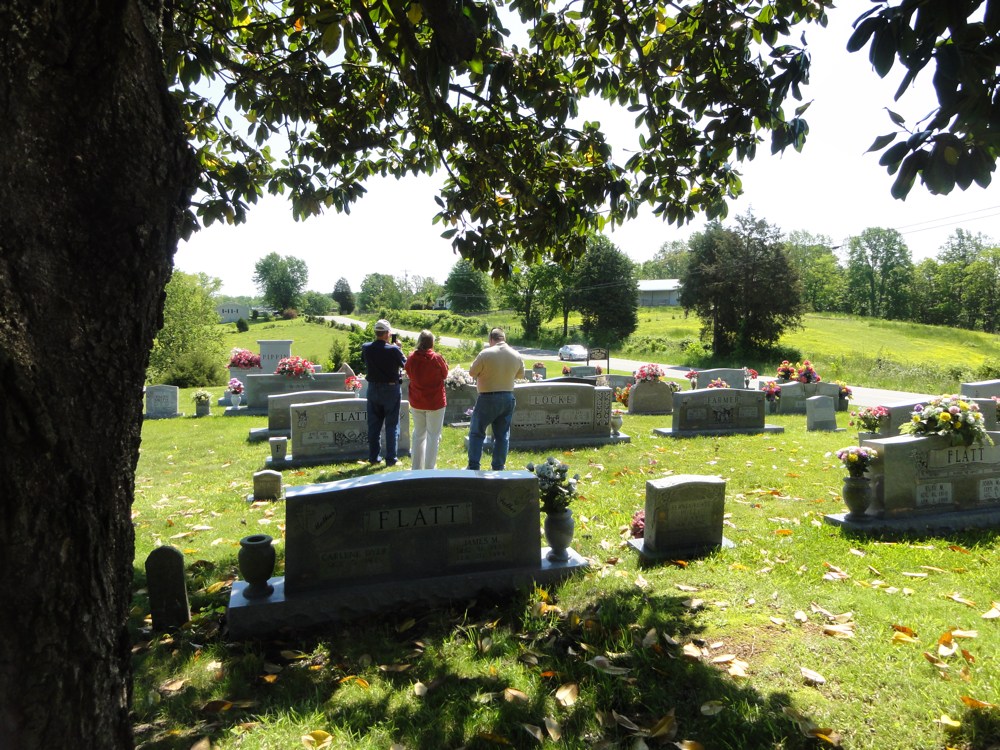