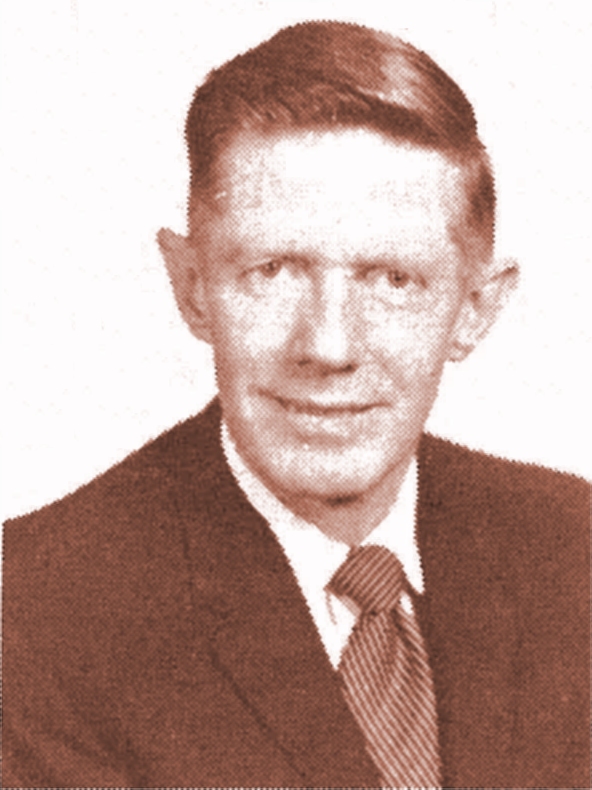 Gunselman - Dr. William Douglass Gunselman, 52, a former missionary to the Philippines, entered into eternal life Sunday, August 20, 1972, after a brief illness. Memorial services were held Monday, August 21, at 7:00 P.M., in the building of the church on Whiskey Road in Aiken, S. C.

Harold Peacock, minister of the church of Christ in Williston, S. C., conducted the services, assisted by Gene Lindsey, Barnwell, S. C. Four of Brother Gunselman's favorite songs were sung by the congregation, directed by Bill Walton and Del Owen. They were: "Trust and Obey," "Holy Holy Holy," "Blessed Assurance," and "We're Marching to Zion."

Funeral services were held Wednesday, August 23, at 2:00 P.M. in the chapel of the Woodlawn Funeral Home, in Nashville, Tenn. J. Leo Snow and John Adams officiated. Interment was in Woodlawn Memorial Park. Born March 8, 1920, in Shelbyville, Tenn., and reared in Lawrence County, Dr. Gunselman was the eldest son of Annie Mae Speegle Gunselman and the late W. J. Gunselman of Nashville. He was graduated from Martin College, received his B.A. degree from Harding College, M.A. degree from George Peabody College for Teachers, and Ed.D. degree from Quezon University in Manila, Philippines.

Dr. Gunselman had held several academic, religious, and scouting positions. He began preaching at the age of 19 and teaching school at the age of 20. He had a great interest in young people and was instrumental in establishing three Bible camps.

For seven years he was a missionary in the Philippines, serving as director of Philippine Bible College of Quezon City. In this work he was supported by numerous churches of Christ and individuals in Nashville and Middle Tennessee, in Florida, Oklahoma, Texas, California, and the church at Sangley Base in the Philippines.

Since returning to the United States, he had been serving as minister of Aiken church of Christ.

Dr. Gunselman was a professional educator of the highest type. He had organizational ability, and people liked to work with him because he was fair, considerate, and ethical. He established the reading laboratory at Rollins College in Winter Park, Fla.

Brother Gunselman was a Christian and an effective and active church worker for thirty-eight years. He started the church at Albemarle, N. C., the church at Williston, Fla., and helped to start the church at Anthony, Fla., the church at Green Cove Springs, Fla., and the church at Springer, N. M. He strengthened many small congregations in Missouri, Arkansas, Florida, North and South Carolina, Pennsylvania, and Maryland. He was formerly vice-president and educational director of the Christian Home and Bible School at Mt. Dora, Fla.

During the seven years that he labored for the Lord in the Manila area, he started the Philippine Bible College of Quezon City, raised $50,000 to pay for the school property, and got the school accredited. No other Bible college run by the church of Christ in the Philippines has ever achieved this distinction.

Religious educators of Bible colleges operated by other mission groups in the Philippines had a high regard for Dr. Gunselman, because of his worth as a man, his know-how as an educator, and his success as a missionary. He was appointed to the executive board of the Philippine Association of Bible and Theological Schools, which is an accrediting agency, designed to upgrade the Bible colleges, educationally speaking.

Brother Gunselman literally wore himself out, working for the Lord in the Philippine Islands and withstanding, with God's help, every fiery dart of the evil one, in the form of ungodly elders, ungodly missionaries, and false brethren. He stood firmly for the Truth of the Bible, and was "instant in season and out of season, reproving, rebuking, and exhorting." His writings on Christian living were mailed throughout the Islands and read by hundreds of Filipinos and stand as a testimony to his love for truth and his willingness to stand alone, if necessary, on the Word of God. He was truly a spiritual giant, of whom the world was not worthy.

As Dr. Ira North pointed out at the graveside services, even nature wept at his passing. Rain fell in torrents as the funeral procession started towards the burial plot, and continued until the close of the service.

The message that Brother Gunselman would leave with his Filipino brethren is from Third John, verse 4: "I have no greater joy than to hear that my children walk in truth." The message that he would leave with the churches and individuals who supported him so faithfully on the mission field is from 2 Timothy 4: 7. "I have fought a good fight . . . I have kept the faith."

Brother Gunselman had great love and concern for the colored people, and helped them in meetings and in other ways. He was instrumental in locating the lot for the Negro church in Ocala, Fla., and also raised the money to pay for the lot and the building. At the time of his death, he was planning to help the small colored church in Aiken, S. C., to have a better meeting place.

At the time of his death, Dr. Gunselman was still thinking in terms of using his talents for God. He was wanting to start a Bible College (where Bible only would be taught), and he was wanting to establish an Old Folks Home.

In the secular area Dr. Gunselman worked for five years in the elementary department as classroom teacher and principal; for ten years in the high school department as teacher, principal, and superintendent; for seventeen years in the college department as instructor, director and president. He was the first director of the reading laboratory at Rollins College, Winter Park, Fla., and served in this capacity for five and one-half years. -Mrs. Douglass Gunselman.

Directions To The Grave Of Dr. Gunselman

Dr. Gunselman is buried in the Woodlawn Memorial Park Cemetery In Nashville, Tennessee. The Cemetery is located behind the 100 Oaks Shopping Center that faces I-65 just before the I-440 Interchange. From 100 Oaks travel east on Thompson Lane and turn left into the main entrance of the Woodlawn Cemetery. Take your first right and follow the road as it bends back to the left. On the right you will pass The Garden of Prophecy, and The Garden Of Acacia, then you will come upon the Sermon On The Mount section. Look next to the road for some curbin"he grass. Go to the last curb and stop. Go in 10 or so rows behind the last curb to the Gunselman plot. 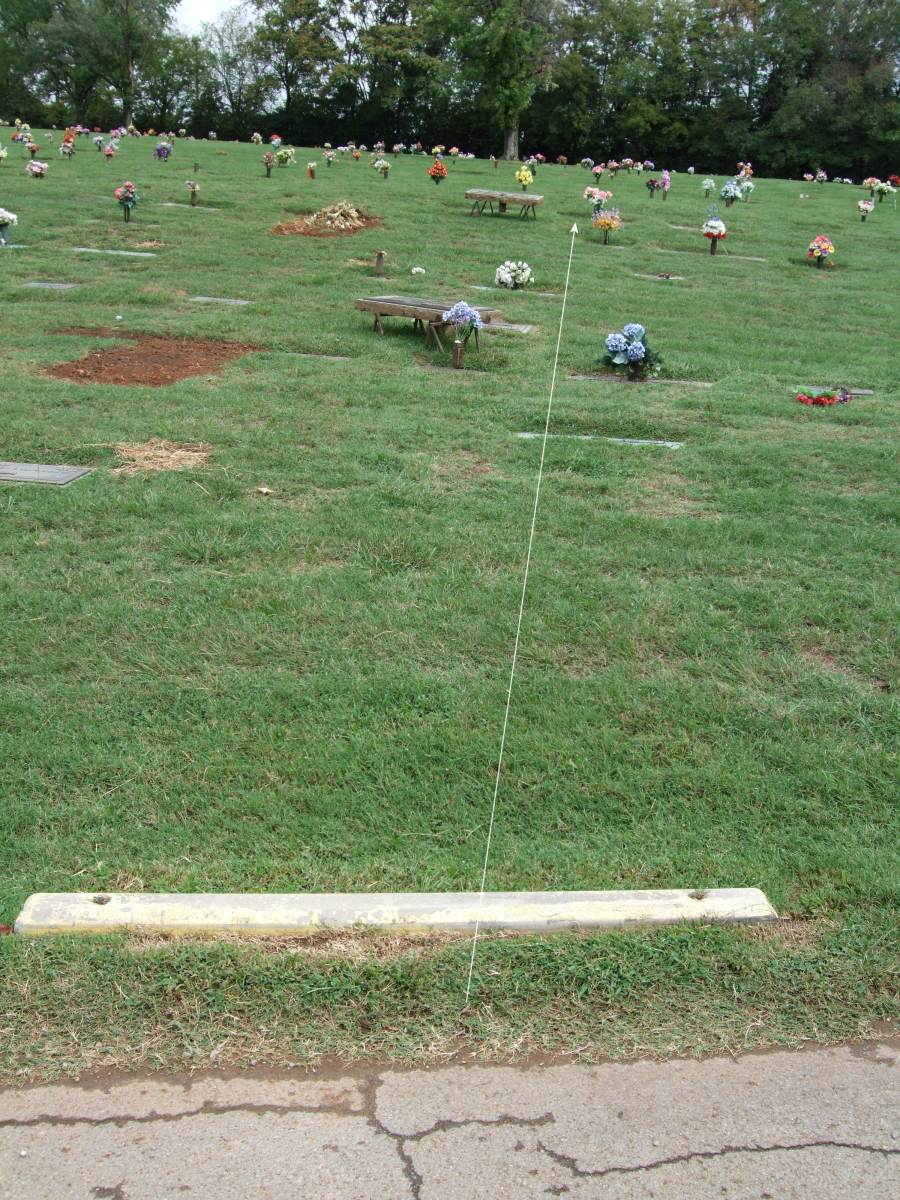 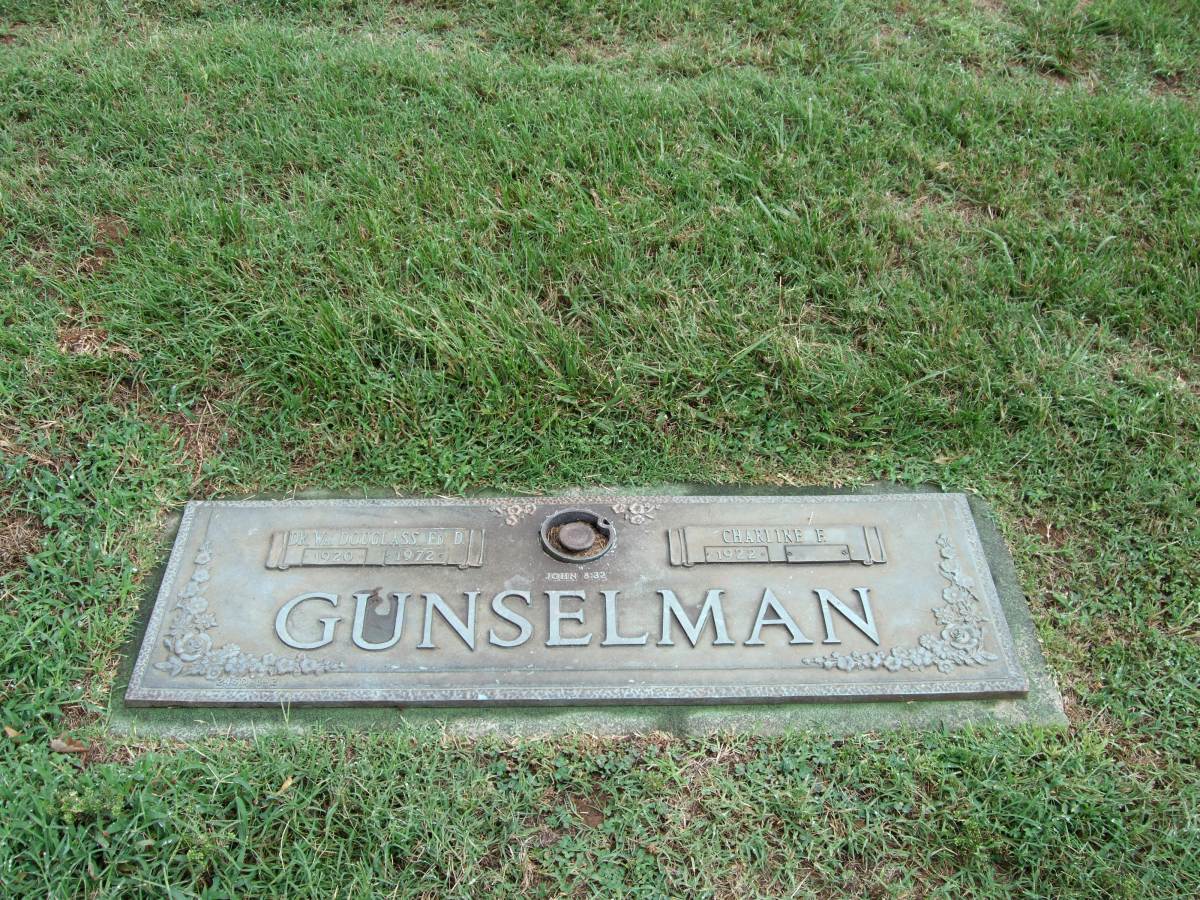 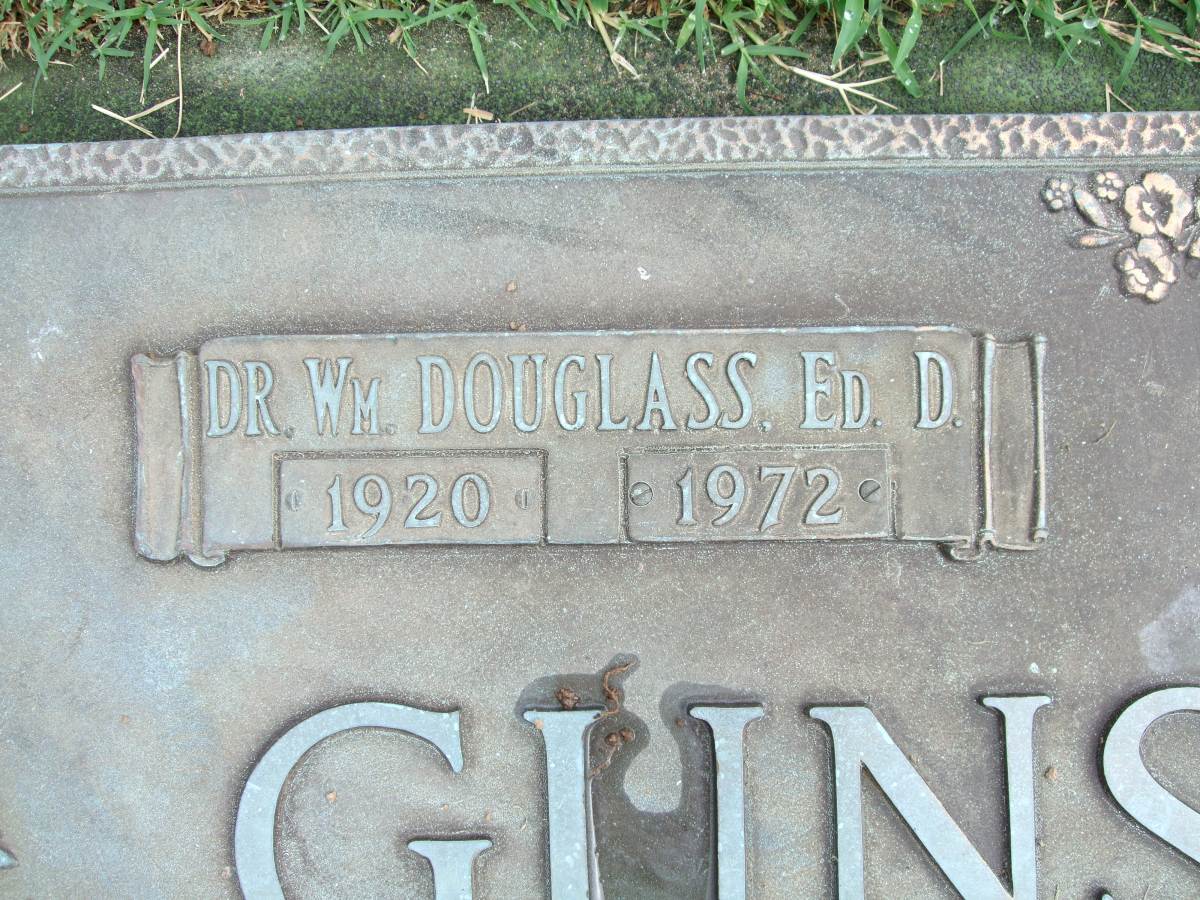