Biographical Sketch On The Life of Olan L. Hicks

Olan Hicks was born in Sulphur, Oklahoma December 25, 1907. He grew up in Oklahoma and moved to New Mexico at the age of sixteen. He completed his High School education there. After graduation he went to Abilene to attend the Christian College. He graduated from ACU with a B.A. degree. He then entered the University of Texas where he obtained the M.A. degree. Later he attended graduate study at Southwestern Baptist Theological Seminary. He also attended Brite College of the Bible, the University of Chicago, Concordia Theological Seminary, and Texas Christian University.

He was baptized in October, 1925 by E.A. Bedicheck. He married Opal Lasater June 15, 1936. Together they had four children: Mark Tom, who preached, Lavella, Clark L. who also preached, and Janet. Also his son-in-law Stanley Reel was a preacher.

Olan Hicks greatest claim to fame was that he was the founder and publisher of the Christian Chronicle. He produced the first issue June 2, 1943. He served as editor for eleven years. He also wrote for the Gospel Advocate, Voice of Freedom, and Restoration Quarterly.

In 1955 he moved to Henderson, Tennessee and became a member of the faculty at Freed-Hardeman College. He taught Bible, Greek, Church History and Christian Evidences. During those years he stressed world evangelism among the young people in the college establishing an Evangelistic Forum at the college.

Olan Hicks died September 8, 1963 and is buried in the Chester County Memory Gardens Cemetery. He is buried just across from friend, and fellow preacher W.A. Bradfield.

Directions To The Grave Of O.L. Hicks

Olan Hicks was buried in the Chester Co. Memory Gardens Cemetery in Henderson, Tennessee. The cemetery is located on Hwy 45 south of Henderson about 2 miles. Enter the cemetery to the west and as you enter the cemetery, the grave is straight ahead of you. Go until the road dead ends into a "T". Straight ahead will be a hearse road that goes up to a statue/flag pole at the back of the cemetery. Walk up the right side of the path and look just to the first row on the right. The Hicks monument is the first on the row. If you get to a electrical pole, you've gone five rows too far. Other preachers buried in the cemetery include Frank Van Dyke and Tom Scott. 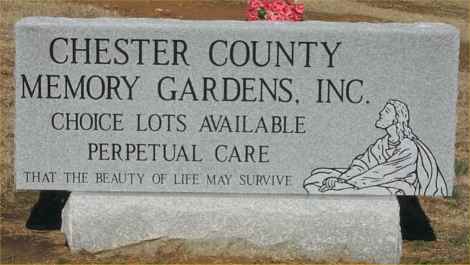