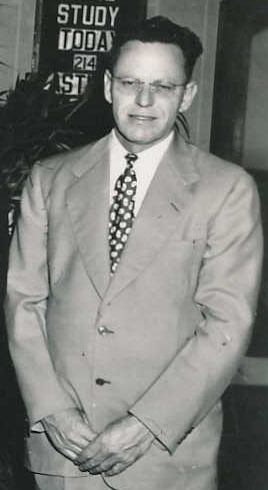 Brother Highers began preaching the gospel in Muskogee, Oklahoma in 1941, and then at Oktaha the following year. He then served the Wainwright church of Christ in Haskell, Oklahoma from 1945 to 1949. Just in four short years the congregation doubled in size, and a new brick building was constructed. From Oklahoma, the family moved to Fort Smith, Arkansas in 1949. He preached for churches in the area, namely the church in Prescott and Texarkana. While there he began preaching on the radio and built up the church. While with the Midland Boulevard church in Fort Smith, the membership doubled, causing the need for an expansion program to take place. In 1954 the family moved to Clovis, New Mexico where he preached for the church there until 1957. And, from there the Highers moved to work with the College Street church in Lebanon, Tennessee for two years. From there in 1959, the family moved out to Hereford, Texas to work with the church there.

Ernest Highers was a church builder. Wherever he went, churches grew! It was said that at every congregation he served through the years, during the course of his time there they had to transition to newer and more accommodating facilities. Many came to Christ under his preaching. His love for the gospel of Christ was seen in his family. His son, Alan followed in his father's footsteps, and has been known in his generation as championing the cause of Christ his parents fought and lived for all their days.

In 1964 the Highers moved to Ozark, Arkansas for the purpose of retiring from full-time local work. Brother Highers continued to preach for the church there on a part-time basis, and ultimately was appointed an elder in the congregation. In 1984, Ernest and Allie moved to Henderson, Tennessee to be closer to their son, Alan. They lived in the retirement village near the campus of Freed-Hardeman University. Brother Highers passed from this life November 29, 1989. He was laid to rest in the Henderson City Cemetery. His wife, Allie, lived a number of years after his death. She passed away December 17, 2009 and was laid to rest by her husband to await the coming of the Lord.

Earnest E. Highers At The Grave Of His Mother Who Died In 1910 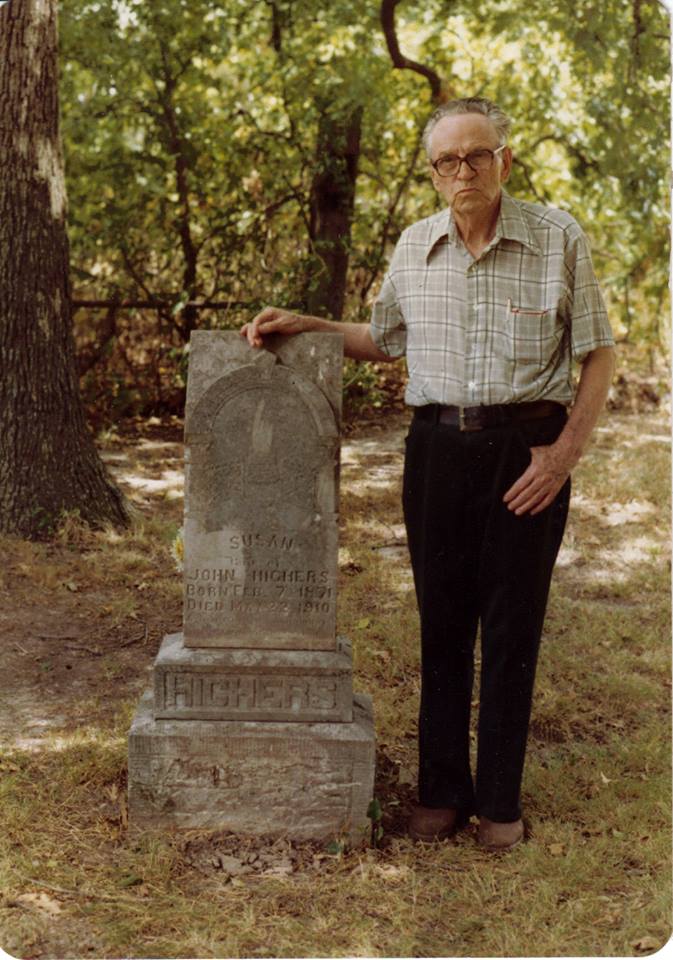 Highers served churches in Haskell, Okla., Fort Smith, Ark., Clovis, N Mex., Lebanon, Tenn., and Hereford, Texas. In 1964 he moved to Ozark, Ark., to retire but continued to preach for a church there and later served as an elder until 1984, when he moved to Henderson, Tenn.

He is survived by his wife, Allie Jenkins Highers: two sons, Alan of Henderson and David of Anchorage, Alaska; four grandchildren, one great-grandchild; two brothers, Robert of Lebanon, Mo., and Steve of Hurricane, Utah; and one sister, Lela Bender of Muscogee, Okla.

Funeral services were conducted Dec. 1 at Casey Funeral Home in Henderson by Ben Flatt and J.A. McNutt. Burial was in the Henderson City Cemetery.

Directions To The Grave of Ernest E. Highers

Ernest E. and Allie F. Highers are buried in the City Cemetery at Henderson, Tennessee. From I-40 in West Tennessee, take the Hwy 45 exit south. Go through the city of Jackson, and continue south about 15 miles to Henderson. You will be on the bypass in Henderson. Go until you come to Hwy. 100. Turn left and go to the next stop sign. Turn left on North Church St.. Go about 100 yards and turn into the cemetery on the right. The cemetery will fork close to the entrance. Take the right fork and go to the end. Stop your car, and go up the hill to your right. On the top, toward the southern edge of the cemetery is the grave of Earnest E. Highers. 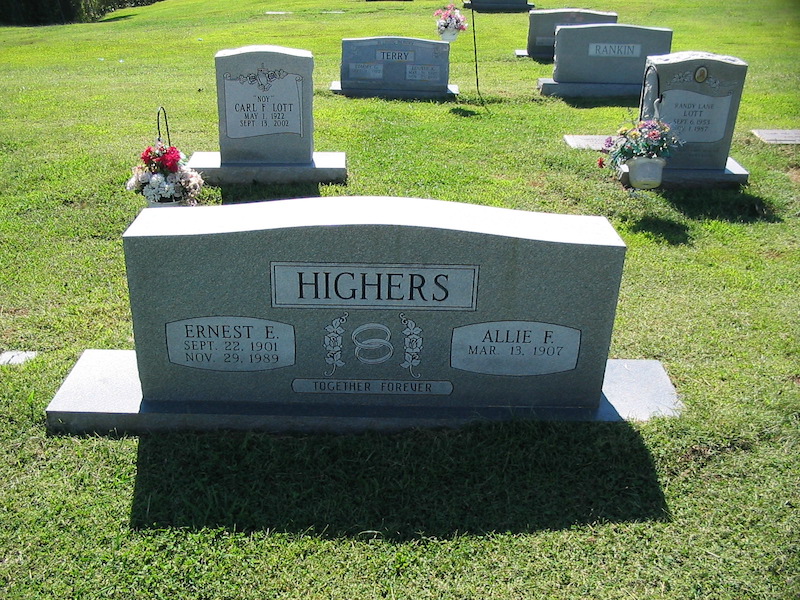 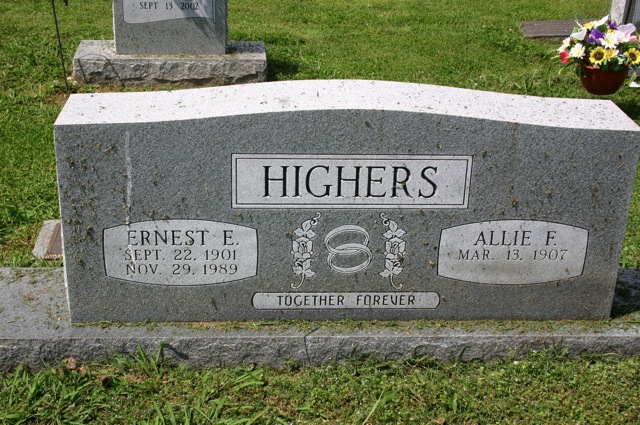