Granville and Ann Lipscomb were the parents of William and David Lipscomb. They heard the gospel for the first time through copies of Alexander Campbell's Christian Baptist sent to them by Ann's sister and her husband, Elizabeth and Lunsford Lindsay of Todd County, Kentucky in the mid 1820s. Until that time they were members of the Bean's Creek Baptist Church, in Old Salem, Franklin County, Tennessee. Granville, along with his brothers Dabney, John and their families who also were members there, after reading the Christian Baptist, introduced some of Campbell's ideas into the group at Bean's Creek. The result was not 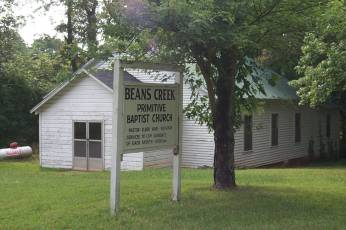 good. It ultimately led to the Lipscomb family being excluded from the Bean Creek fellowship. They began worshipping after the ancient order very soon thereafter. After a brief time, Granville, Ann and their children moved temporarily to Sangamon County, Illinois for the express purpose of freeing their slaves.

One of the greatest influences on young David Lipscomb's life, was the entrance into his life of Jane Breeden Lipscomb. Jane Breeden moved to Franklin County from Fredericksburg, Spottsylvania County, Virginia, to assist her brother, who was a school teacher. About the year of 1835, she had been influenced by the bearers of New Testament Christianity, and had given up her Baptist faith. She had joined herself to the small group of Christians now meeting at Old Salem, when Granville returned from Illinois. This is when they met. On April 11, 1837 she was wed to Granville Lipscomb. To Granville, she bore John, Granville, Horace Greeley, Ellen and Louisa. One child, Enoch Breeden, died in infancy.

She remained a mainstay in the life of David many years after the passing of his father, Granville. Granville died on Nov. 16, 1853 and Jane lived until September 8, 1885.

Old Salem Church of Christ
Where David Lipscomb Grew Up 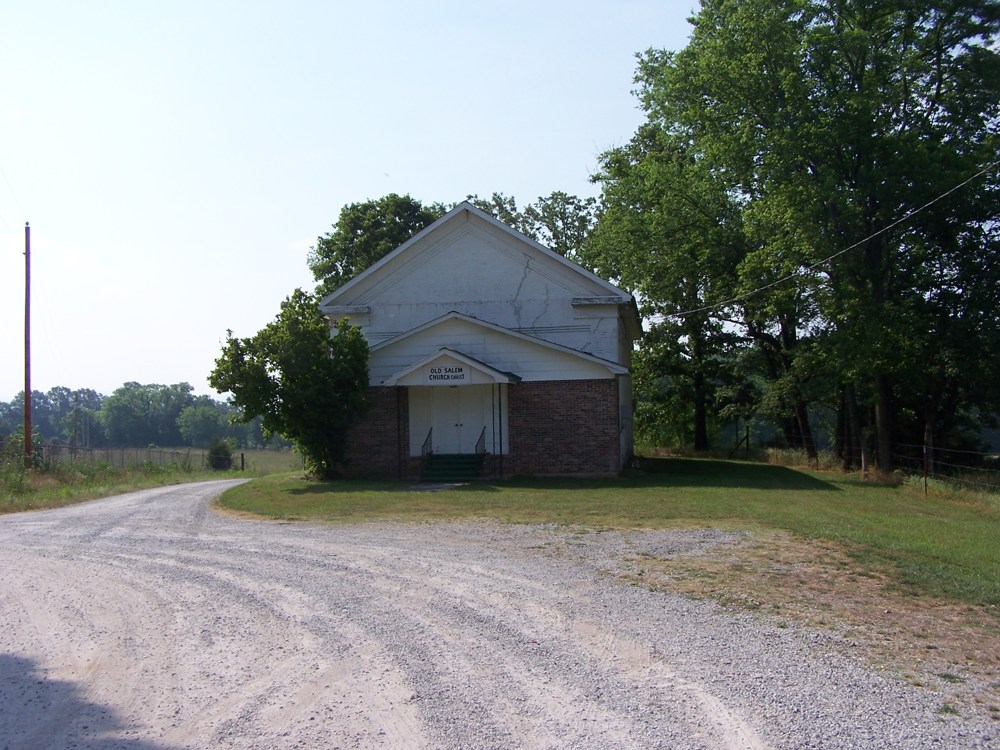 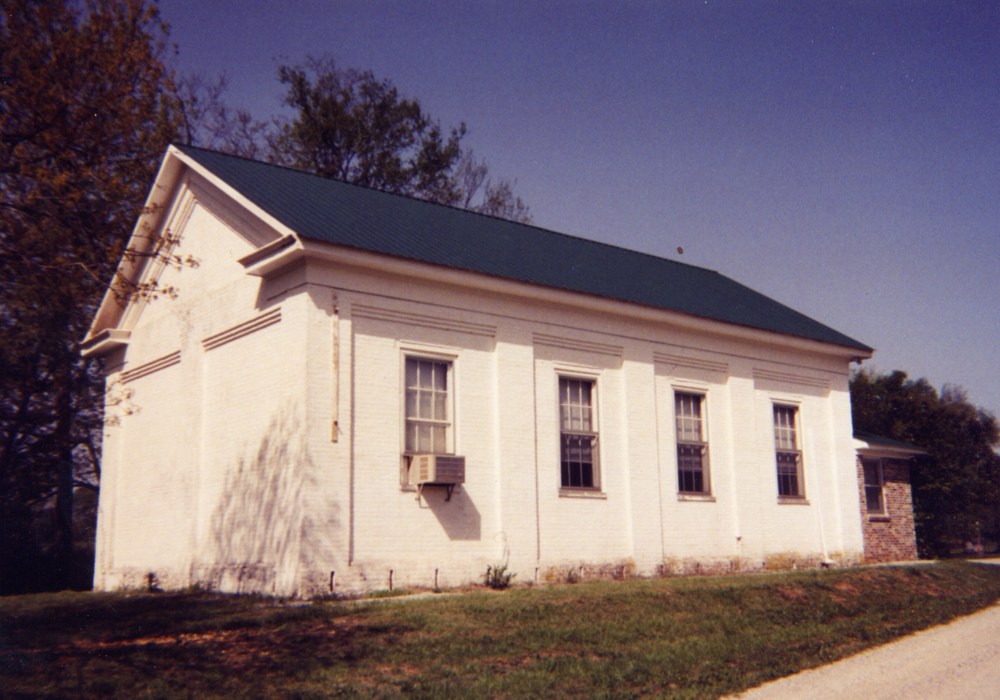 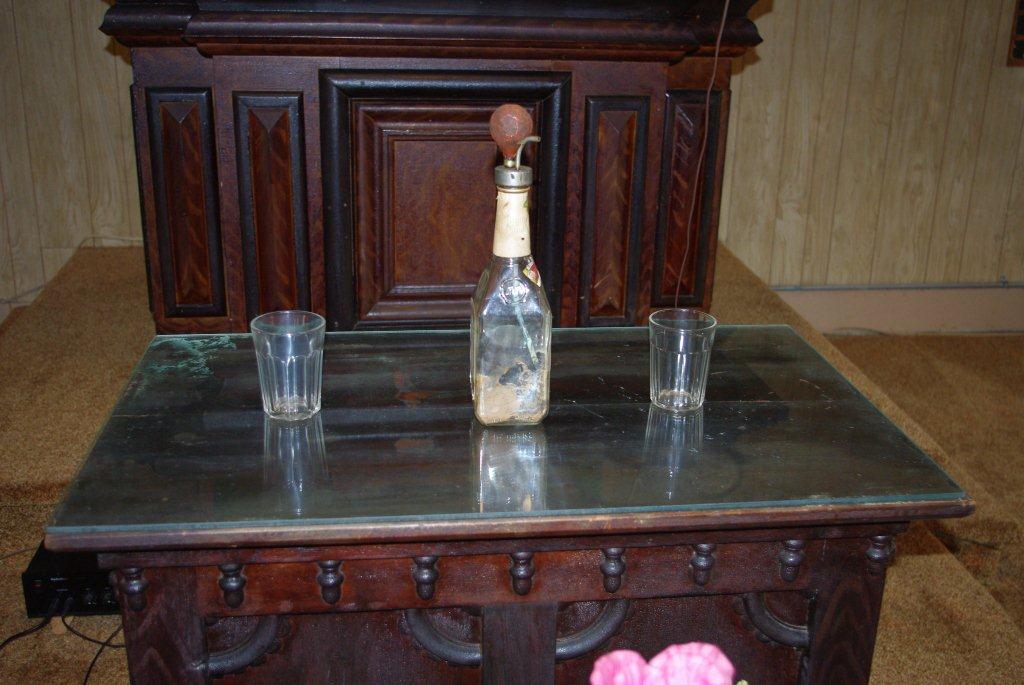 Old Pulpit & Original Communion Service Used In The Early Days Of The Church At Old Salem Still In Use Today
A Young David Lipscomb Stood Behind This Pulpit When Preaching His Earliest Sermons
Others Who Preached There Were Tolbert Fanning, T.B. Larimore, J.R. Bradley, and many more
Special Thanks To Wayne Kilpatrick Who Took These Pics When Preaching At Old Salem 03/2010 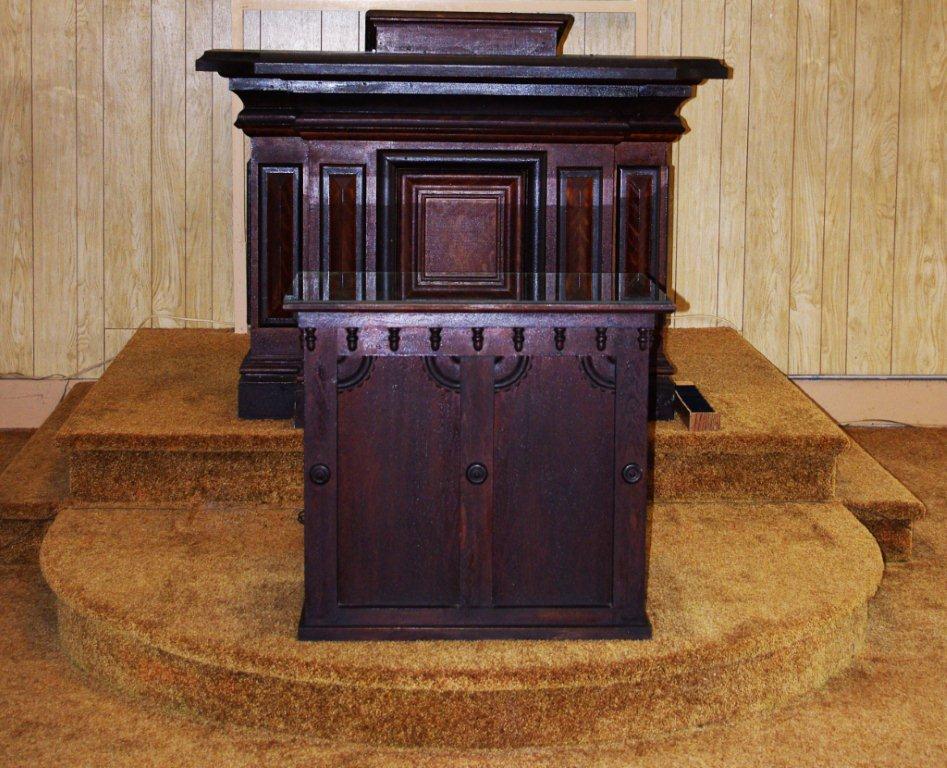 
Directions to the homeplace and family graveyard of Granville & Jane Lipscomb, where David Lipscomb grew to manhood: The southern east to west Hwy in Tennessee is Hwy 64. A few miles west of Winchester, Tennessee is the Old Salem Community. Turn left On Old Bean's Creek Rd. You will pass the Old Salem church where Lipscomb worshipped as a child. The church still meets today. Continue past the church building an the road will wind around. Then you will come to a big two-story ante-bellum house that is being restored. The road will fork, to the right going in front of the old house and going away. The left fork will take you up beside the old mansion. 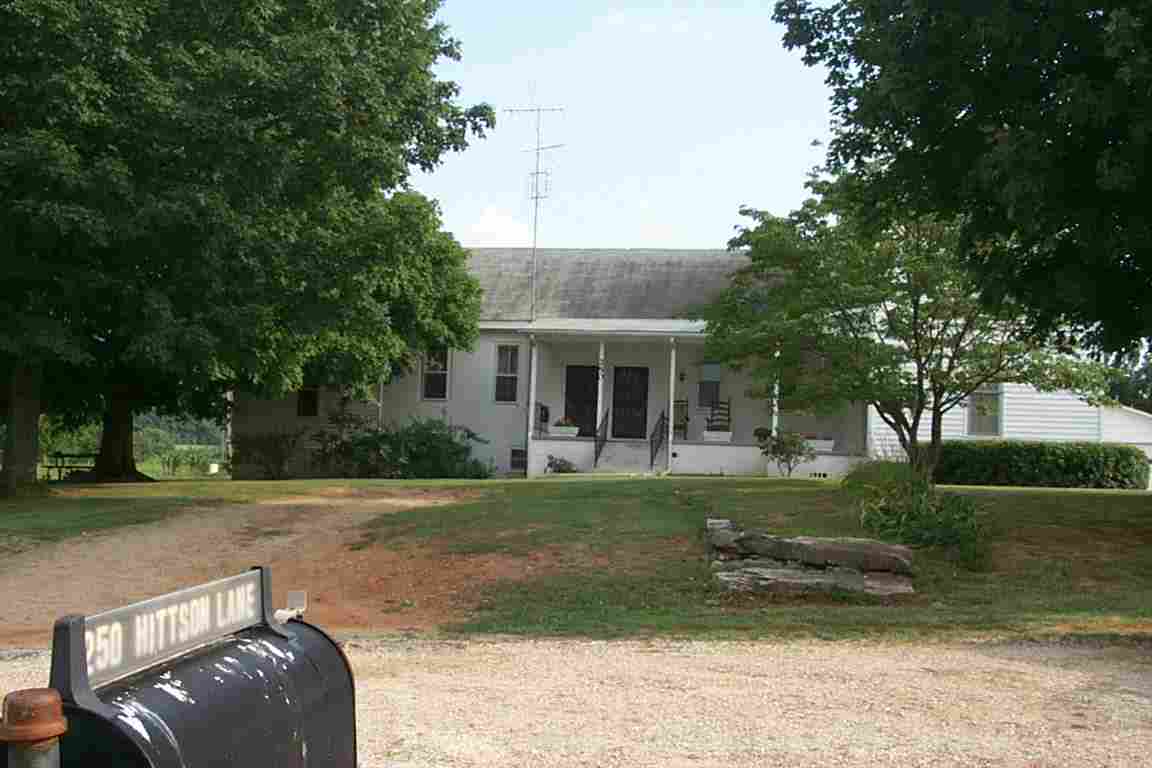 Take that fork (the left one) and go on past that house. Incidentally Lipscomb did stay in that house at times when he was a boy. It belonged to his uncle at one time. Continue past the old house for a couple miles and you will come to a cross-roads called Hickory Grove Rd. Turn left and and go about a half mile to Hittson Lane. Turn right into Hittson Lane. This is the beginning of the old Lipscomb farm. The old house at the end is the same house that David grew up in. The brick part of the house is as it was originally, but the wooden addition on the right end was added later.

Special Note: This house is not now owned by any of the Lipscomb family. It is a private residence. If seeking to visit the monuments, please be aware of the privacy of the property. When I visited the house in the summer of 2000, I found Mr. Hittson there feeding some cows. He was very gracious and kind to allow me to traipse through the pasture to get to the graveyard. So, before heading across a pasture, please by considerate to get permission. When I was there the cemetery was most unkept and the weeds were very tall. I have since come to find out that though the Hittsons own the property, according to the deed, the Lipscomb family is responsible for keeping up the little cemetery. Remember good etiquette when visiting, if you open it, be sure to close it behind you. This keeps everyone happy. The little cemetery has other family members buried there as well as some of the old slaves who served the Lipscomb family. We extend our deep appreciation to the Hittson family for allowing us to get a glimpse of the boyhood home of David Lipscomb. 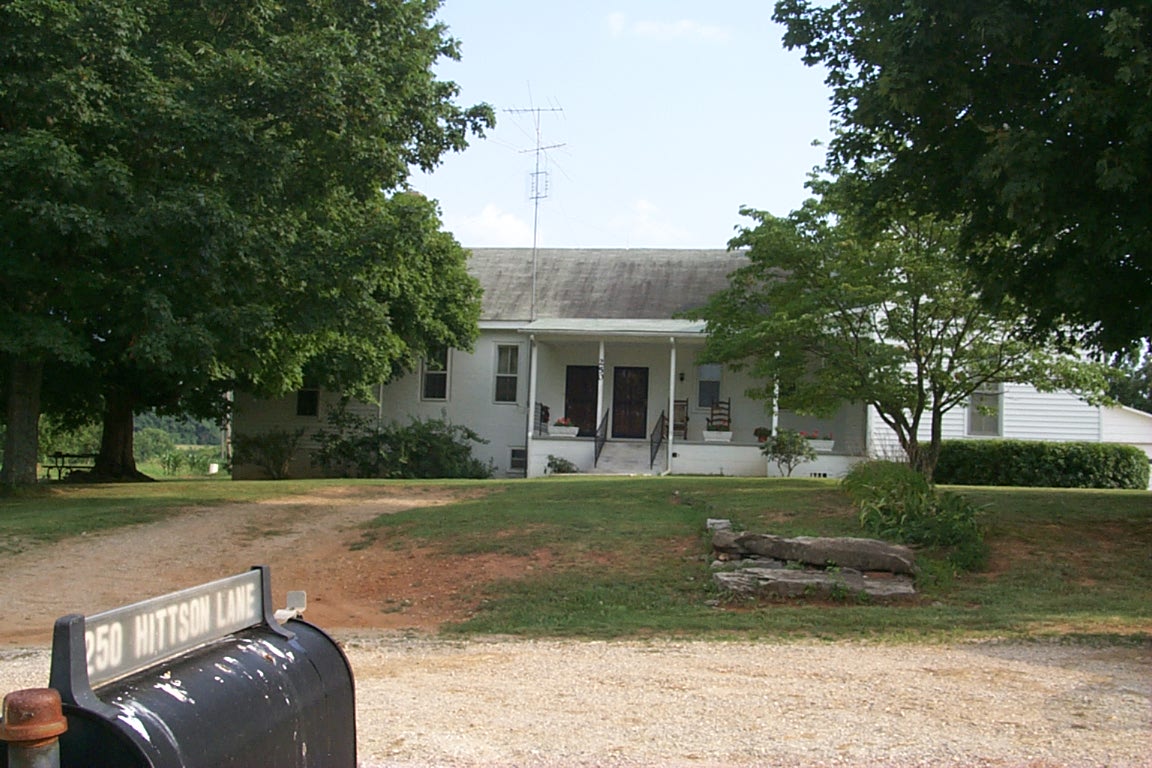 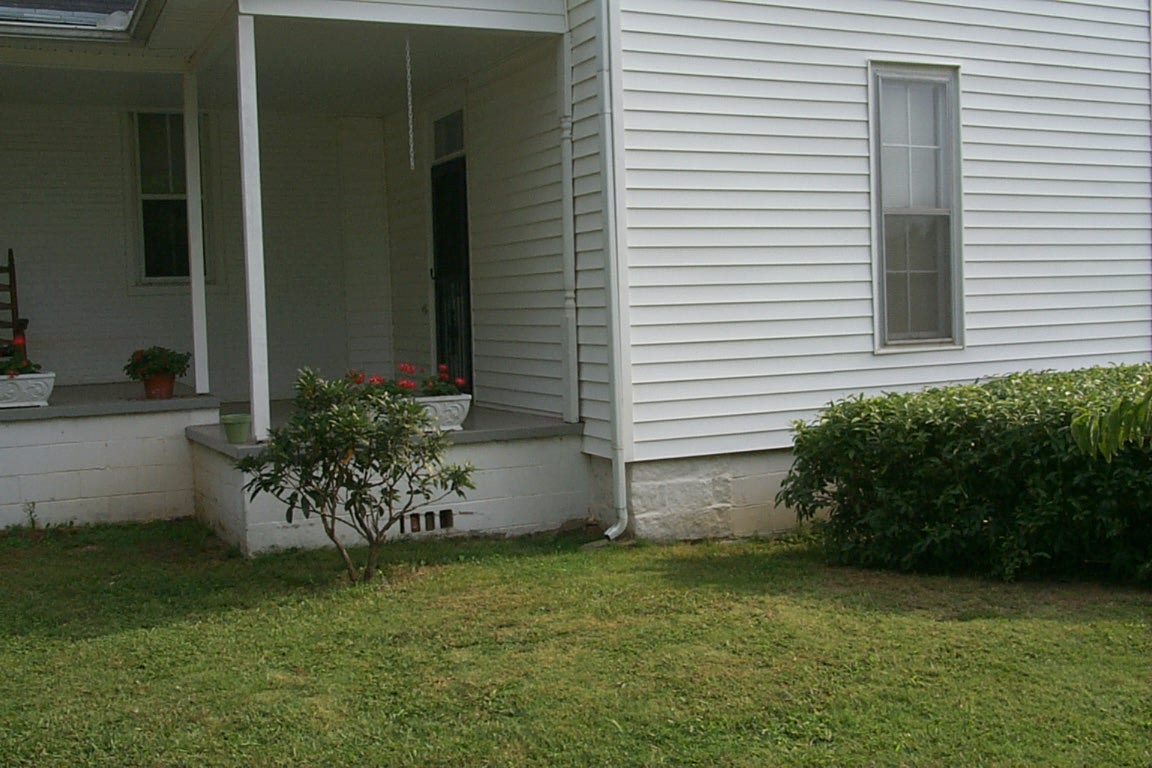 Note that the foundation is orginal to the old house Lipsomb grew up in. The new structure is different. 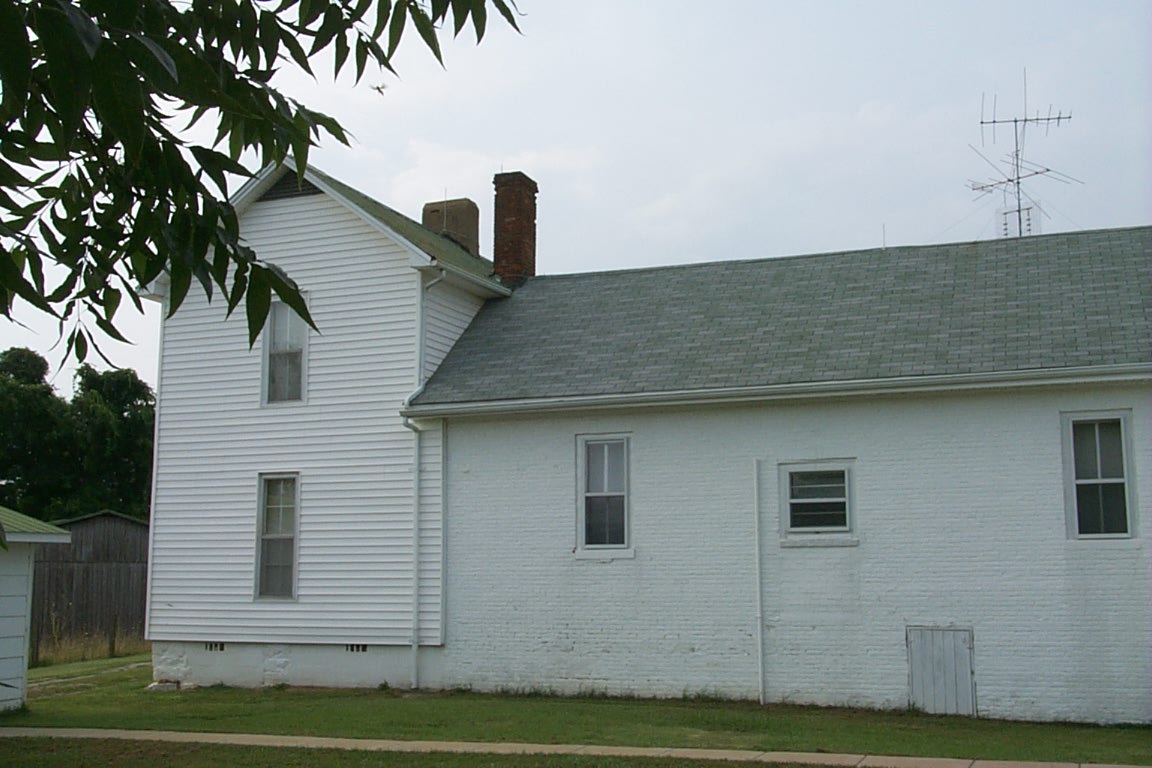 Note that the foundation is orginal to the old house Lipsomb grew up in. The new structure is different.

The Old Cemetery Where Granville Lipscomb Is Buried 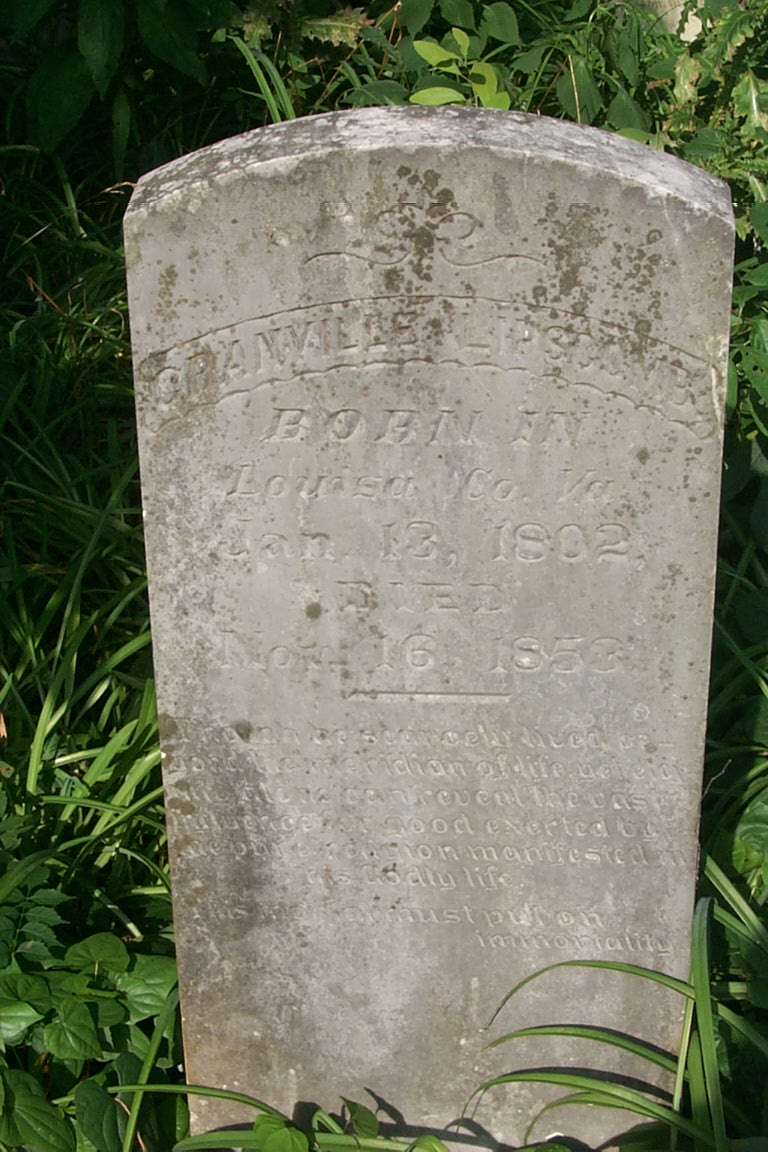 GRANVILLE LIPSCOMB
BORN IN
Louisa Co, Va
Jan 13, 1802
DIED
Nov. 16, 1853
_______
Though He Scarcely Lived Beyond
The Meridian Of Life, Yet Eternally
Alone Can Reveal The Vast
Influence For Good Exerted By
The Pure Region Manifested In
His Godly Life
This Mortal Must Put On Immortality

JANE L.
Consort Of
GRANVILLE LIPSCOMB
BORN IN
Spottsylvania Co., Va.
Sept. 15, 1807
DIED IN
TENN
Sept. 8, 1885
The Eternal God Is Thy Refuge
And Underneath Thee Are The
Everlasting Arms 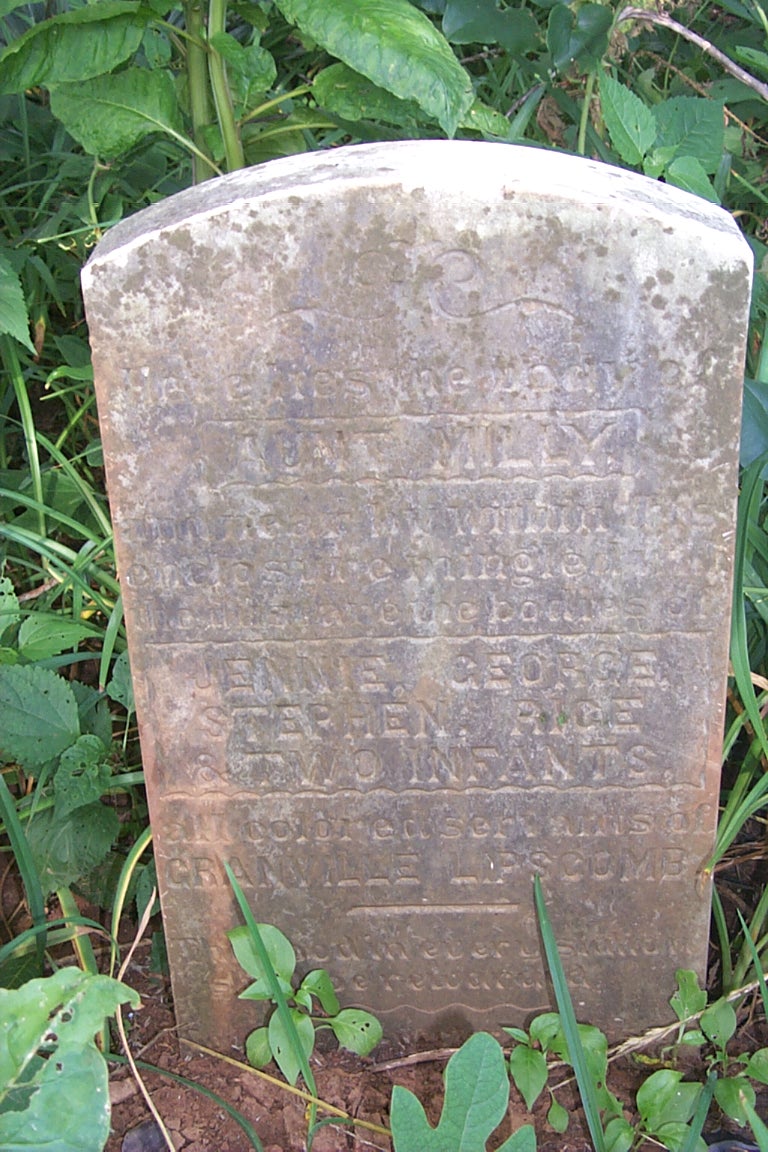 Here Lies The Body Of
AUNT MILLY
And Nearby Within This
Enclosure Mingled With
The Dust Are The Bodies Of
JENNIE, GEORGE
STEPHEN, RICE
& Two Infancts.
The colored servants of
Granville Lipscomb

They served in every station
& shall be rewarded