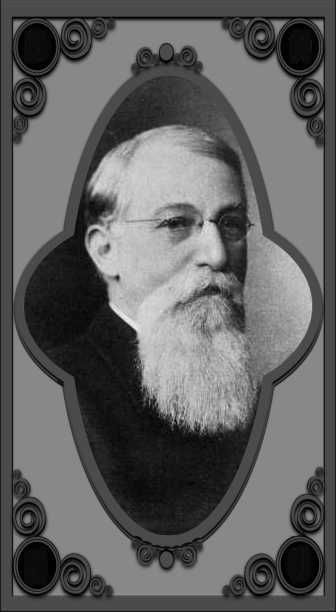 Biographical Sketch Of The Life Of J. C. Martin

James Claude Martin was born on October 20, 1849, near McMinnville, Tenn. As a young man, be was clean in life and formed such habits as helped to make him a man among men. He attended the public schools of that county and received such an education as was accessible to young men in the county. He bad an active mind and acquired much general information in his youth in addition to the training which he received while in school. His father died, and at his death young Martin became postmaster at McMinnville, succeeding his father. He held this position for a few years, then left the post office to enter the mercantile business. He entered that business with a Mr. Thurman and formed the firm of Thurman & Martin. He remained in this business for several years and was a success. J. C. Martin was a success at any business that be undertook. He was genial and kind-hearted and made friends with all his acquaintances. He was interested in his customers. He showed a lively interest in their welfare, and they regarded Min as their friend. They had confidence in him, and hence his business prospered.

At the age of twenty-one be was married to Miss Laura E. Northcutt, of McMinnville. Miss Northcutt was the granddaughter of Gen. Adrian Northcutt, who served his country in the Mexican War. She proved to be a helpmate to him and shared largely with him in the success of his business. Through her good judgment and insight into conditions she advised him, and be relied much upon her good judgment in all matters. She was not only a help to him in 'his business career, but she was a blessing to him in his religious life.

J. C. Martin became a Christian in early life. He understood fully the duties and obligations of a Christian before he came into the church, and he entered the church with a strong determination to make a success of the Christian life. He soon began to take public part in the worship. He was not forward, but was modest. He was called into service by older members of the church because they saw his ability to become a useful member of the church and a consecrated leader in the service of God. He inherited a deeply pious nature and cultivated the traits of character which adorn the Christian life. He did not at first regard himself as a preacher of the gospel in a public way, yet others recognized him as a preacher of great ability.

In 1897 be moved to Nashville, Tenn., and engaged in the insurance business. He organized the American Life and Annuity Company of Nashville, and this company was successful from the beginning. He was able to interest some of the most prominent citizens of Nashville in his company, and later transferred his company to the Union Central Company of Cincinnati. He became the State manager in Tennessee for the Union Central Life Insurance Company and remained with it to the day of his death. All recognized him as being a successful business man. But the greatest work that Brother Martin did was the work of establishing churches in Nashville.

Soon after coming to Nashville be became intensely interested in the work of the Lord. He first moved to East Nashville. But he soon became identified with the South College Street Church in South Nashville. Brother D. Lipscomb asked him to become a co-laborer in that congregation. He was soon selected by the church to serve as an elder with W. H. Timmons and D. Lipscomb. These three brethren for a number of years did the public teaching for that congregation. Brother Martin developed into a strong gospel preacher. His strength was in teaching the church. His congenial nature made him a good worker and enabled him to get much work out of others. He visited the sick and comforted the sorrowing and helped the poor. Through such work as this the congregation was strengthened and increased rapidly in membership. Brother Martin became the leader in the Sunday-school work and continued in this for about thirty years. He did much to keep up the spiritual life and activities of that congregation. The congregation increased in zeal and number and became the strongest church in the city during his labors with it. Through his work as a leader of the Sunday-school he bad a larger attendance than any other church of Christ in the South.

Not only did Brother Martin work with the church at South College Street and build it up, but be labored at other places. He helped to plant churches at Green Street, Flat Rock, West Nashville, Waverly Place, Joe Johnston Avenue, Reid Avenue, Carroll Street, Belmont Avenue, and various other places. He took great interest in developing young men into preachers of the gospel. He was directly responsible for twelve preachers of the gospel who had grown up and had gone out from the South College Street Church. These preachers of the gospel looked upon him as their father, and it was a source of great happiness and joy to Brother Martin to look upon the labors of these preachers whom he bad helped to train in the service of God. If he had done nothing else in the church than to train twelve faithful gospel preachers, his life was a great blessing to humanity; but this was only one of the lines of endeavor which he followed as a leader in religious activities. If there were more such men who would take a delight in training young men to preach the gospel, the church would be far better off.

Brother Martin was a friend to the poor. He was liberal in giving to the support of the gospel and in helping the distressed of earth. He was an elder who set the example of humility, consecration, and liberality to others. He possessed the spirit of Christ in a large measure and became a blessing to all whom his life touched. Brother Martin did not become an evangelist. His business kept him in the city, but it did not keep him from the service of the Lord. In Brother Martin we can see how one can be successful in prosecuting his business and at the same time give much time and money to the church. As a teacher, be was clear, forceful, and tactful in presenting his lessons to the church. He was deeply in earnest and made a profound impression on his bearers. He was one who lived the Christian life and taught others how to live for the Lord. If every church today had such a man as J. C. Martin in it, it would bless humanity.

Brother Martin was in ill health a long time before the end came. He tried hard to regain his health, and did for a time, but bad to yield at last. He died on December 29, 1911, at his home in West Nashville. Brethren C. A. Moore and R. Lin Cave held the funeral services at the South College Street Church, where be bad labored so long. His body was laid to rest in Mount Olivet. The world is richer in spirituality and the church is stronger in the power of God because J. C. Martin lived, loved, and labored in the name of Christ for nearly half a century.

J. C. Martin is buried in the Mt. Olivet Cemetery, Nashville Tennessee. The cemetery is located at 1101 Lebanon Pike, Southeast of downtown Nashville. Click over to Mt. Olivet for map and location of the grave in the cemetery. His remains rest in Section 17 Lot #8 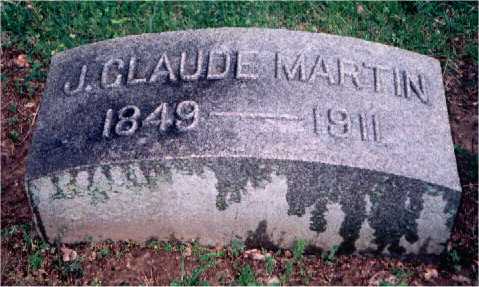