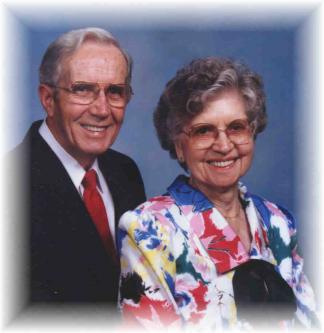 My dad, James Alton McNutt passed from this life March 31, 1999. He was preceded in death by my mother, Clara Mae Long McNutt, who was his wife for 69 years. Mother passed away August 24, 1998, just seven month previous to his passing. I am their only surviving child. Other survivors are: eight grandchildren; 13 great-grandchildren; and 10 great-great grandchildren.

Dad's memorial service was conducted April 2,1999 at the Stage Road Church of Christ in Memphis, TN. Curtis Cates and Jimmy Moffett were the speakers.

Dad was a faithful gospel preacher for over 60 years. He served as minister to several congregations in Florida, Tennessee, Oklahoma and Arkansas. In addition, he preached in meetings in several states over the years. Most of his life was spent in the Memphis area where he worked as minister for three congregations: Coleman Ave.; Berclair and Gragg Ave. Church of Christ. He also serves as one of the elders at the Raleigh Church of Christ.

My dad was also a writer, having written several classroom study books. He was also the author of "Life, Humor and Biblical Briefs" and "More Biblical Briefs." He had many articles published in the brotherhood papers over the years. In the introduction to his last book, "More Biblical Briefs," he made this statement: "I only hope that something that I have written may result in saving the lost and edifying the church."

When I think of my dad, I think of a kind, loving, Christian man who loved God with all of his heart and would stand up and speak God's word in a quiet, unassuming way. He had a great sense of humor and with a twinkle in his eye, he would tell us humorous stories and jokes. He had a story for every occasion! Once when being honored at Freed-Hardeman University, after several had made complementary remarks about him, his comment was: "If you ever see a turtle sitting on a fence post, you will know that he didn't get there by himself!" My mother was always there to encourage and help him in all that he did. She was truly a Christian lady and a great "helpmeet." It has been a great blessing to me and the whole family to watch the partnership and teamwork that they displayed.

Some of my best memories are of my dad, at ages 85 through 90, sitting at his computer writing articles. He loved the Lord and he loved to write about His word! He was "steadfast, unmovable, always abounding in the work for the Lord" all the days of his life. He and my mother left a great example for all of the family to follow. The Lord has blessed us in having them for so many years. --Rita C. Street (address withheld).

Rita's tribute to her father in the foregoing is altogether appropriate and well stated. Her father and I were good friends; we knew each other about 50 years. While J.A. and Mae were still living, I gave them some "flowers while they could smell them" by writing a story about them that began on the front page of the January 1994 issue of this journal (World Evangelist) with their picture. The following is a portion of that story.

J. A. graduated from the eleventh grade in Blue Springs, Mississippi. He had decided to be a gospel preacher, so he enrolled in Freed-Hardeman College (now university) in the fall of 1928. At that time F-HC had a senior high school department. He did his last year of high school work in it, and then completed two years of college studies, After his graduation from F-HC he attended Union University in Jackson, Tennessee. Union was, and still is, a Baptist university. The following from brother McNutt's book is an interesting insight to his situation at Union.

"Some older preachers that I knew had gone on to Union University after graduating from F-HC. Such men as E.R. Harper, D.D. woody, and R.E. Black, so, it was not an unusual decision to make.

"Union University was a training school for Baptist ministerial students, but it also had a reputation for training school teachers, since they offered several education courses. It was inevitable that we would have some conflicts in matters of doctrine, but the teachers there treated me with respect and consideration.

"It so happened that in Union I was the only student in the Greek New Testament class that was not a Baptist preacher. The instructor in this class was Dr. C. B. Williams, a Greek scholar, who had formerly taught at Baylor University, and who later brought out his own translation of the Greek New Testament. He was very fair and objective in the class, and seemed to think more of his scholarship than he did of certain Baptist doctrines. When we came to Acts 2:38 in our study he contended that the preposition eis in this passage was always prospective, and never retrospective; that it looked forward to a result to be obtained, so he rendered the phrase 'Repent and be baptized for the purpose of remission of sins.' When one of the students asked if it did not mean because of in some instances, and cited a reference by Dana and Mantey in their Greek grammar of a possible exception, Dr. Williams replied, 'I had those fellows in my class at Baylor, and I told them when they brought out that book, they were wrong.”

Clara Mae Long McNutt, 83, died of cancer Aug. 24 at her home. McNutt, a homemaker, was a member of the Stage Road Church of Christ and Freed-Hardeman University Associates. She is survived by her husband of 69 years, James Alton McNutt, who has had many articles published in the Gospel Advocate. Also surviving are a daughter, Rita Street; eight grandchildren; 13 great-grandchildren; and 10 great-great-grandchildren. Memphis, Tenn.

Brother Mac had been a faithful gospel preacher for more than 60 years. He had served the Berclair, Coleman Avenue and Gragg Avenue (now Stage Road) congregations, all in Memphis, Tenn., as a minister and elder. He was an elder at the Raleigh Church of Christ in Memphis for 18 years. He was a member of the Freed-Hardeman University advisory board and had been on the faculty at the Memphis School of Preaching.

He had authored numerous articles in Gospel Advocate over the years. McNutt, along with his wife, helped GA publisher, Neil Anderson, start his first bookstore many years ago. He was a great source of encouragement to many, a Bible scholar and stalwart defender, promoter and expounder of the gospel of Christ.

Directions To The Grave of J.A. McNutt

James A. and Clara Mae McNutt are buried in the Forest Hills Cemetery in East Memphis, Tennessee. To get to the grave travel east from downtown Memphis on I-40 to Exit 14, Whitten Road. Head north from the exit, less than a mile and the cemetery will be on your right. Turn into the cemetery, and head past the office. You can stop at the office, but if you follow these instructions you should be able to find the grave. Beside the funeral home you will come into a round-about area. Go around to the first road, and continue straight toward the center of the cemetery. Go until the road deads end and turn right. Go past the mausoleum on the left. Just before the next right, park under the first tree you come to (very close to the corner on right). Looking at the tree from the drive, look just to the right and a little past the tree, about three or four rows in from the road. This is where you will find the McNutt plot. While in the cemetery, be sure to visit the grave of Ray A. Dillard. 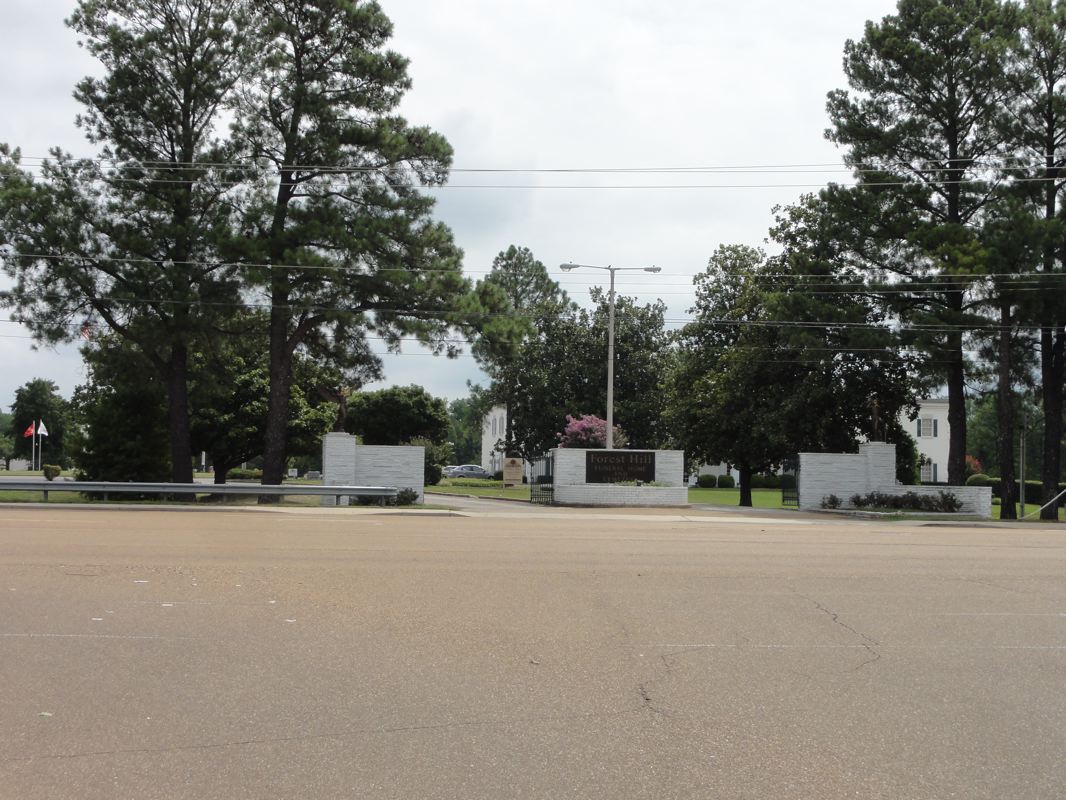 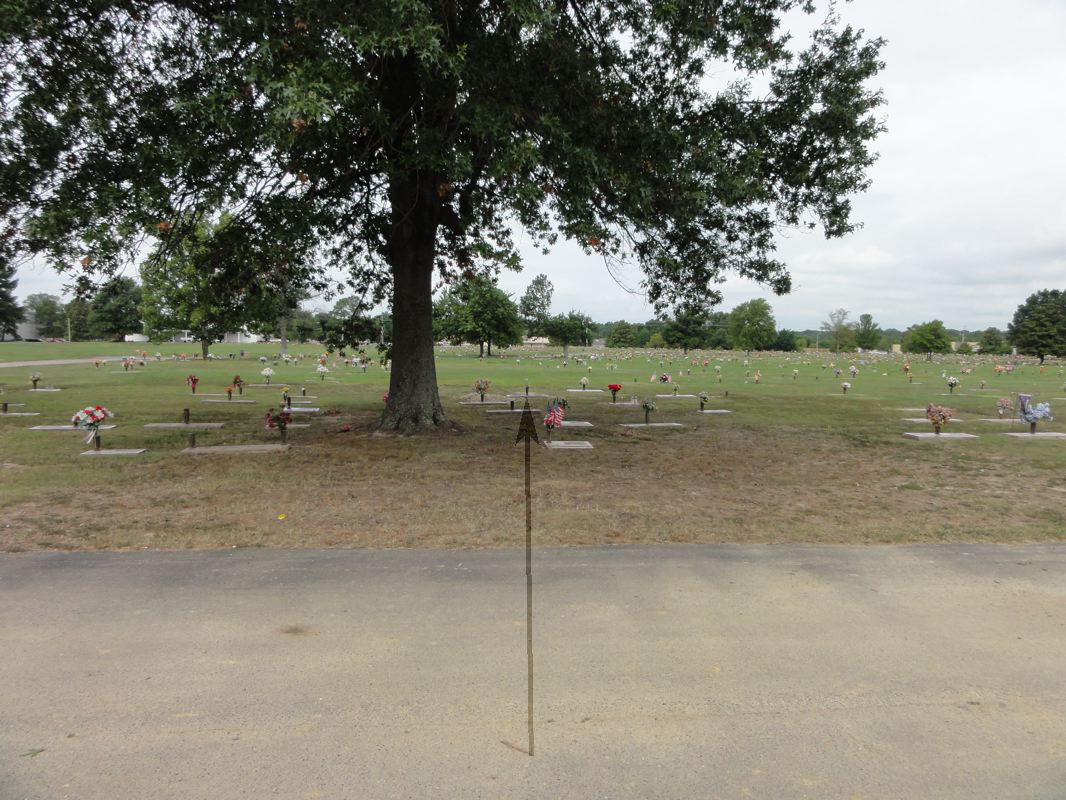 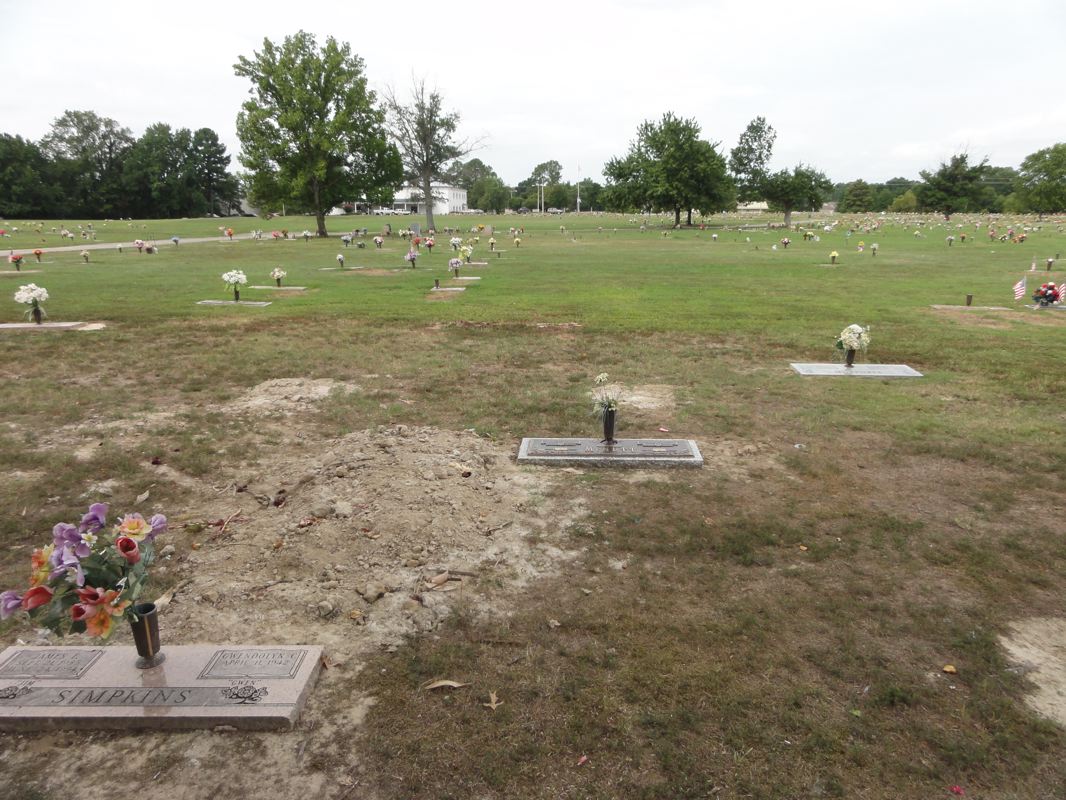 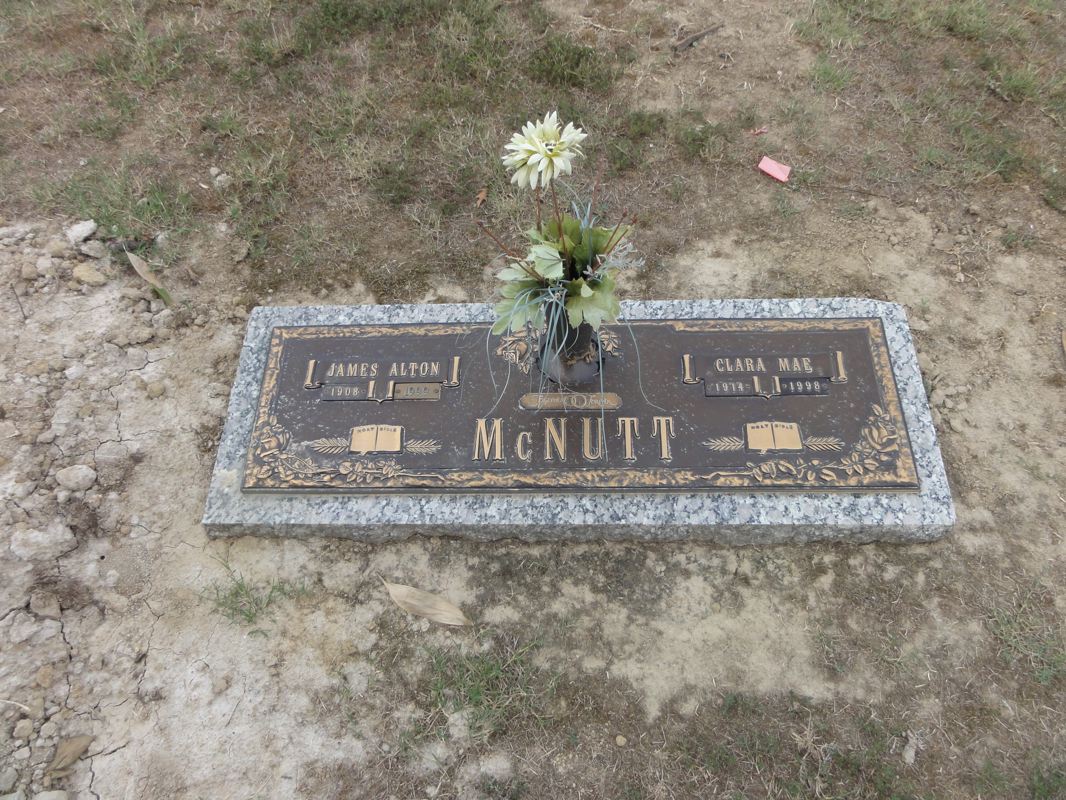 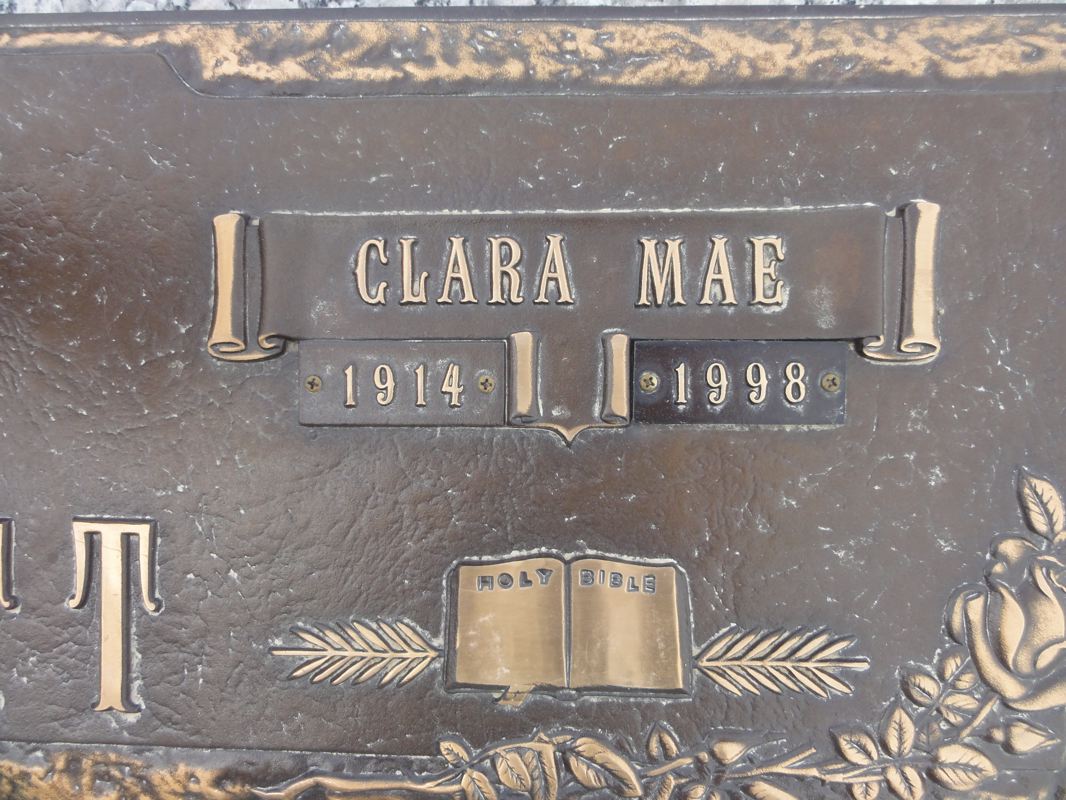 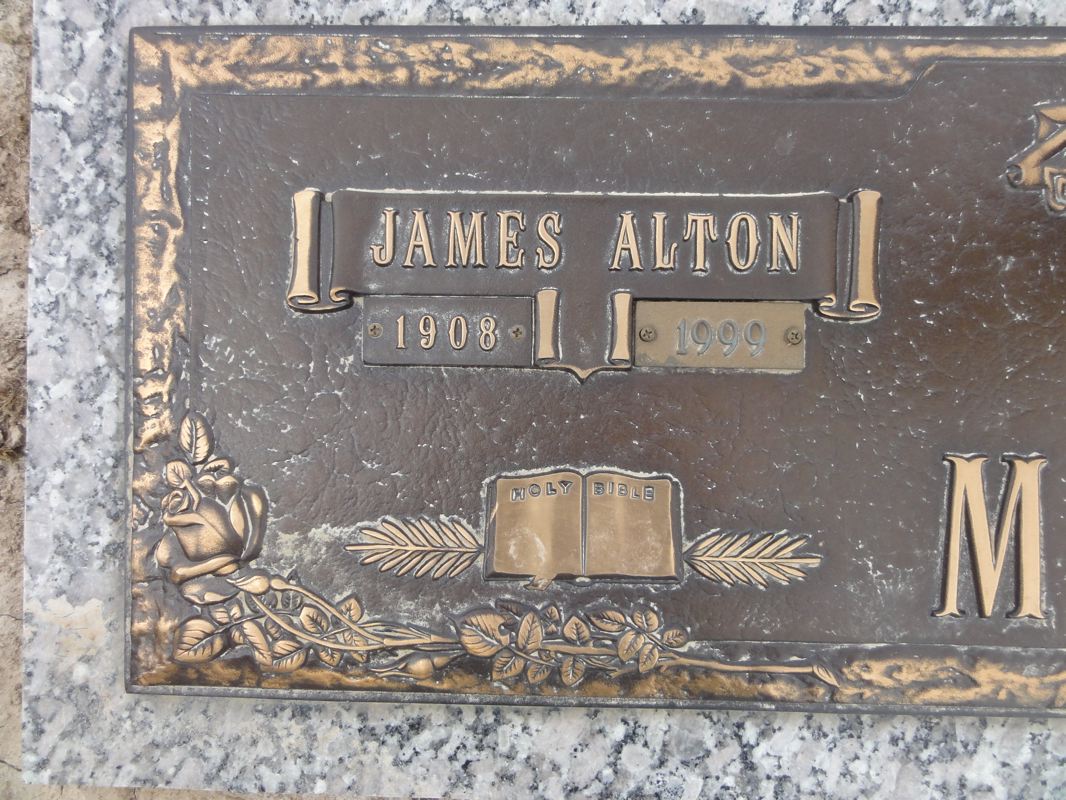