Listed Here As Having Preached At Old Philadelphia

Contribution To The Gospel Advocate

Beloved Brethren Editors of the Harbinger: - It seems just that the names of the good and useful should be had in remembrance. The name of Bro. Murphree is one of those that will not quickly pass from the memories of many who, like myself, knew and loved him; but that his virtues may be more widely known, I solicit the favor of your spreading this memorial of him on your pages.

Bro. Murphree was one of our must useful and beloved Tennessee Preachers. He was born in Bedford county, Tenn., in the year 1814.

In the confidence of friendship, he once told me an incident of his early life, that I love to think of. He was journeying alone some distance from his Father’s house, and, as the weather inclement, it occurred to him that he might indulge in what was then, an almost universal custom – providing liquor for his journey. He did so, and at length took the bottle from his saddle-bags and raised it toward his lips. Just then the thought of his Mother flashed across his mind. “What would she think of this?” Instantly, he dashed the bottle upon the rocks, and gave an earnest of his future course.

When the subject of religion seized his attention, he became deeply distressed. All the usual means of getting mourners through were resorted to. He was led in the lonely hours of night, to secret prayer, in the graveyard – but in vain. At last, he heard the preaching of “the Christians.” He heard, believed, and was baptized by Bro. Trott, in 1838.

It is not surprising that one possessing Bro. M’s warm and kindly heart should have desired to preach. In ’39 or ’40, he commenced occasional preaching. In ’46 he became the Evangelist of the church of “Philadelphia,” in Warren Co., and, under the auspices of that congregation, for the most part, labored the rest of his life.

His efforts were attended with marked success. Hundreds will bless him through all eternity, as the agent under God, of their recovery from sin and misery.

He died with his armor on; away from home, engaged with others in a protracted meeting. The night of Oct. 6th he complained of being sick. Next morning he set out to ride to the Meeting-house, but was soon thrown from his beast, and his brain so injured, that it is thought he never after was fully in his right mind. One expression, however, shows what was much in his thoughts. His friends were persuading him not to talk, but to go to sleep, said he, “I am trying to write the realities of eternity upon my heart more forcibly."

On the 16th of October he fell asleep, we firmly trust, in Jesus, leaving behind him a sorrowing wife with her four little ones, and aged parents.

Permit me to add some of the traits of this beloved brother. His conscientiousness was marked. I am informed that having once been offered a large amount of property, he refused it, alleging as his reason, “It would make me an unhappy man.” His reverence and childlike submission to God, deserve to be noted. His preaching was free from all levity. Who that ever heard him pray will forget with what solemn awe he ventured to address “Our Father who is in heaven.” Who, that ever saw that dignity and lovely grace that marked him while performing the ordinance of baptism, can forget it?

He was truly a man of large soul. His feelings were quick and strong, and flowed forth in refreshing streams towards rich and poor, learned and rude. In his heart almost every man who approached him felt there was a responsive sympathy. “He rejoiced with those that rejoiced, and wept with those whop wept.” He loved men as men. “My brethren and sisters in mortality,” was an expression that often fell from his lips.

It was during his last meeting that, after delivering his discourse to the white congregation, he chanced, on turning, to see quite a number of blacks assembled about the window on the house. He begged permission to address them before he took his seat, and did so with deep feeling.

Few men have been truer friends than Bro. M. He clung to his friends, which, ever as a Christian, he could conscientiously do. Whilst others condemned their old associates, brother M. was silent. His faith in God was strong and controlling. He has told me that he never asked a favor of men which he did not receive. He was, withal, a man of unfeigned humility; desirous more of doing good than of occupying high place, and ready to prefer his brethren in honor.

The consistency and piety of his life, and the warmth and depth of his generous affections, made him peculiarly capable of exhorting his brethren, and warning sinners. How can we, who have seen him, forget the streaming eyes, and quivering lips of this faithful servant of God.

Blessed be God for the blissful thought that, though absent from us, he is present with the Lord, and beholds Him who, whilst as yet, he saw not, he loved, and in whom believing, we rejoice with joy unspeakable and full of glory, Yours in Christ Jesus,

Directions To The Grave Of L. Nix Murphree

In Middle Tennessee, take Exit 111 off I-24, McMinnville Exit and heading toward McMinnville, turn right immediately on Ragsdale Road. Go 11 miles to dead end (into Hillsboro Rd. - State Hwy 127) Turn left and go until you dead into State Highway 108. Continue north on 108 through Viola township. Go about two miles and turn left on Tennessee Hwy 287. Go 2.4 miles and turn right on Vervilla Rd. Old Philadelphia is 1.7 miles out on the right. The cemetery is located behind the old building. Murphree is buried near that of Jesse L. Sewell, another great gospel preacher of Southern Tennessee. 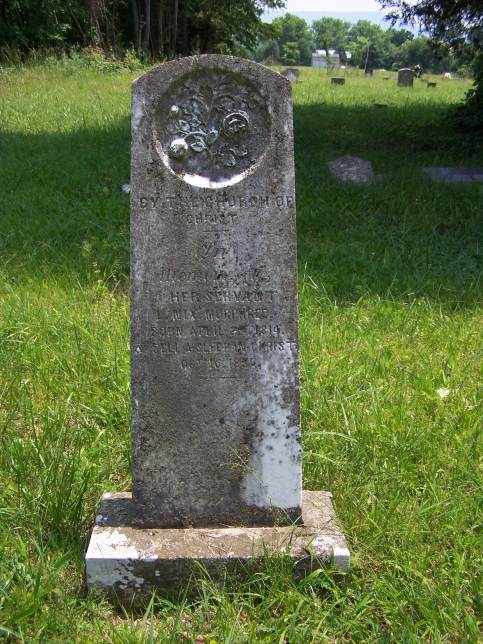 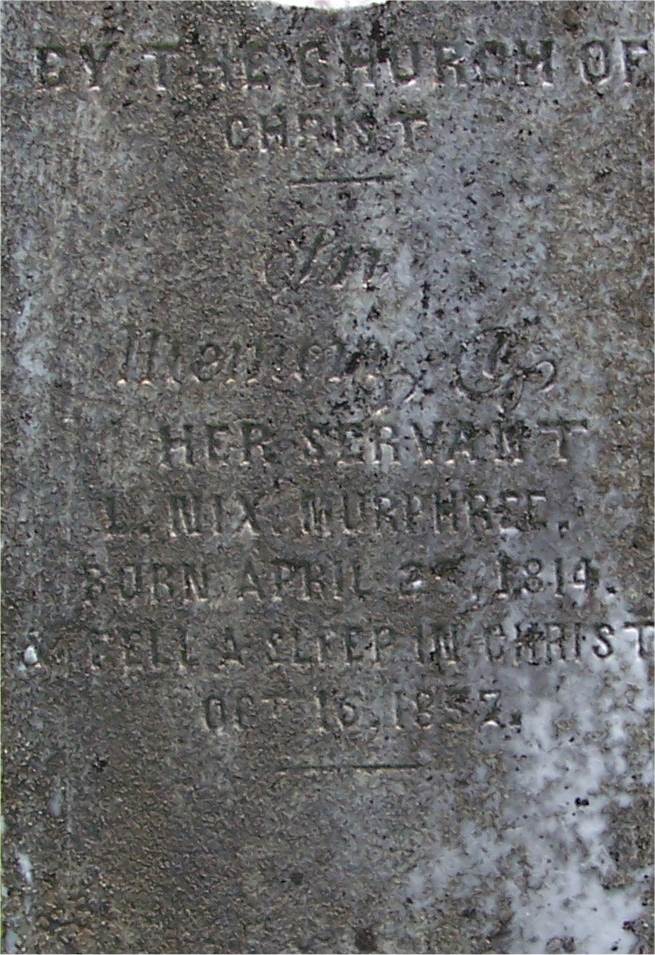