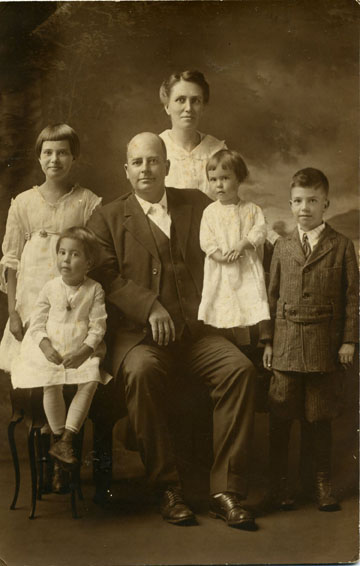 An Appreciation of J. D. Northcut

Our friend and brother, J. D. Northcut, died at his home in Tracy City, Tenn., on November 2, 1918. His illness, influenza followed by pneumonia, was short and painful, caused by giving almost continual attention to sufferers near him. He was cut down in the prime of an active and most useful life. 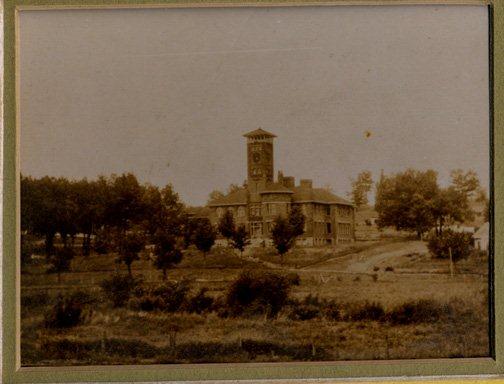 He was of Warren County pioneer stock, born on January 14, 1875, and reared on his father's farm. In Northcut's Cove. He was baptized when about fourteen years old by J.R. Stubblefield. He took a course of study at Terrill College, and was a great admirer of President James W. Terrill and a favorite of teachers and students. He taught as principal of Shook College (pictured left) at Tracey City for several terms. His faithful and efficient work was recognized and appreciated. While teaching he began to preach, when about nineteen years old. At the time of his untimely death he stood high as a popular and successful evangelist throughout Grundy and several adjacent counties, but only claimed to be a crossroads, school-house, mountain preacher. Much of his first work was, as indicated, in the rough, mountainous country at and adjacent to Tracy City. Often he went from ten to twenty miles on horseback, and would preach twice and sometimes oftener, and would then find his way back in the night, so as to be at school on Monday morning.

He was happily married to Miss Minnie Simpson in December, 1897, to whom he was very much devoted.

His faithful and efficient work as an evangelist in the mountain region where he labored appealed to the brotherhood, and his field of labor gradually widened. His services were in great demand, so much so that he gave up teaching, which he liked, for preaching, which he liked better. At the time of his death his services for protracted meetings had been engaged up to 1920. His manner of conducting a protracted meeting-say, of two weeks duration-appealed most favorably to all concerned. Only an occasional sectarian thoroughly imbued with deep-seated prejudice could refuse to hear and approve his pulpit demeanor. He at all times had the courage of his convictions. He presented the whole truth without fear or favor. Never at any time would he evade, dodge, or compromise the Bible with the traditions of men: but his sermons were invariably delivered in such a plain, lucid, and respectful style as to offend no one, except some chronic kicker.

He held four annual protracted meetings for the Huntland congregation. Twenty were added by obedience to the terms of the gospel at his recent meeting. He had large and attentive audiences, although the air was full of the world-wide war news. His exhortations were forcible and impressive. Often he would hold the New Testament up and say: "I present nothing to you except what I can read in this little book. I beg you to accept it, to go where it goes and stop where it stops. i beg you to stand with me on this God-given creed. If you cannot come to me on these terms, will you accept this book as your only guide and be only a Christian and let me go to you? Can't we be united as the Savior prayed we should be? If not, why not?" Immediately after the benediction he would hasten to the door and cordially greet all as they passed out.

Our departed friend and brother was eminently possessed by nature and by practice of prominent and distinct qualities well calculated to appeal to the masses and to the classes. He was a potent force for good among all with whom he touched elbows. He was well equipped for the active doings and busy scenes incident to the responsible relations of a useful life.

He was, as a husband, affectionate and companionable: as a father, he was tender, kind and discreet; as a neighbor, he was social and accommodating; as a teacher, active, patient, and capable; as a friend, sincere and trustworthy; as a citizen, he was law abiding and stood for the greatest good to the greatest number; as a Christian, he was considerate, zealous, and consistent; as a preacher, he was able, prudent, conscientious, untiring, and uncompromising. His memory will be fondly cherished for his faithfulness and efficiency in these different relations as the years come and go.

His premature death was a shock to all who knew him. The funeral services were conducted by Brother J.R. Stubblefield, aided by Brother Taylor, and attended by a large number of sorrowing relatives, friends, and brethren. Sweet music thrilled sorrowing hearts. His mortal remains were tenderly and solemnly consigned to the grave in a near-by cemetery, which was profusely adorned with rare flowers as tokens of love from various localities.

There comes a voice from the sad and unexpected departure of our brother that says that this thing called death is not the dreary end of our existence; it is the gateway to another and better state. All extend heartfelt sympathy and condolence to the bereaved widow, the four bright children, to the only brother and aged mother.

J. D. Northcut is buried in the Tracey City Cemetery and is located across from the old Tracey City School on the road from Monteagle to Tracey City. Take I-24 out of Chattanooga toward Monteagle Mountain. At the top of the mountain, take either exit and head east into town. In downtown find, Hwy. 41/56 toward Tracey City. Just as you get into Tracy city the cemetery will be on your right. You will see Northcut's monument from the gate. It is located in the right rear of the cemetery, and is the tallest monument in the cemetery. 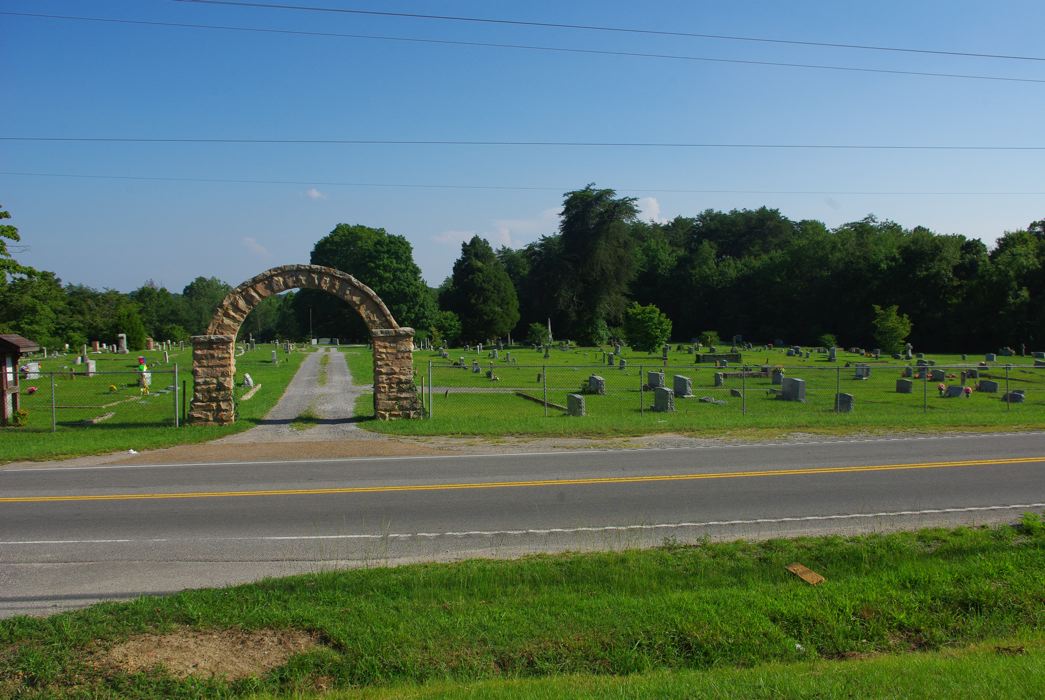 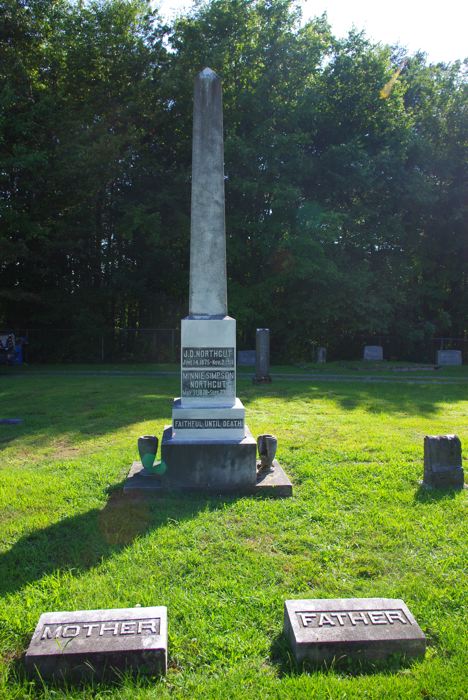 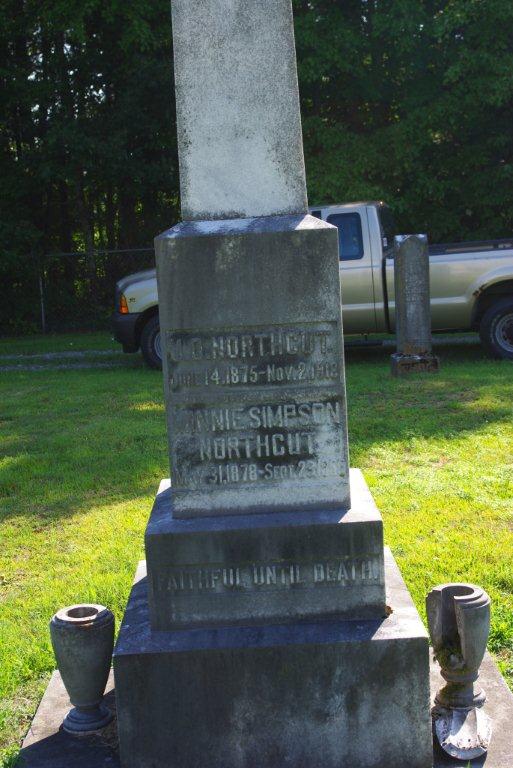 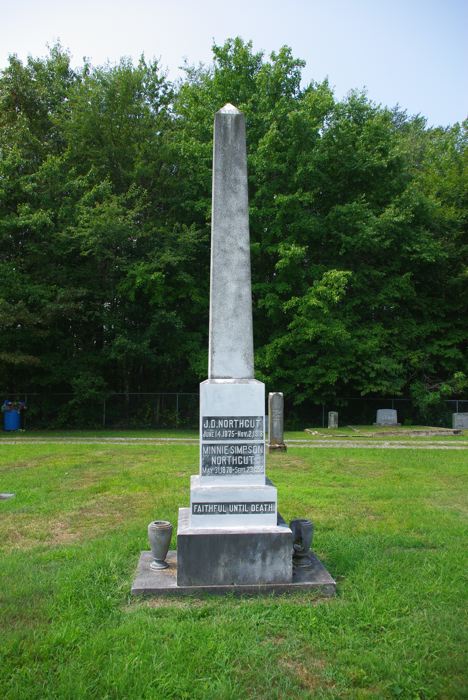 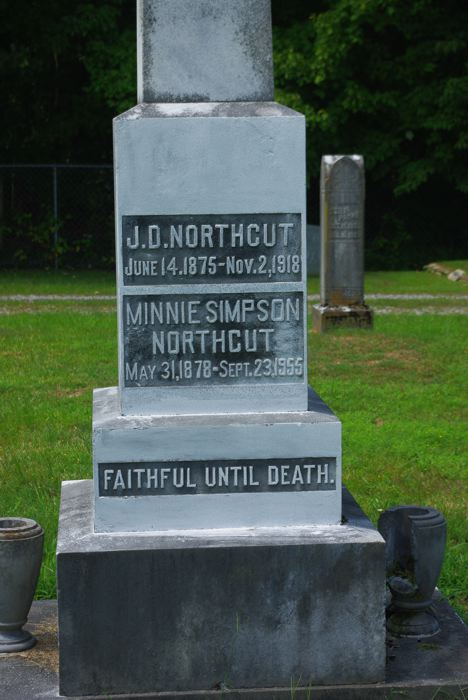 Special Thanks to C. Wayne Kilpatrick for locating and taking the pictures of the grave of J. D. Northcut. Thus all-but-forgotten hero of the Restoration Movement has been brought to light yet again through Wayne's research and efforts. We extend our thanks to him for providing the information you see on this page. Your web designer finally had the opportunity to visit the Northcut monument in April, 2017.