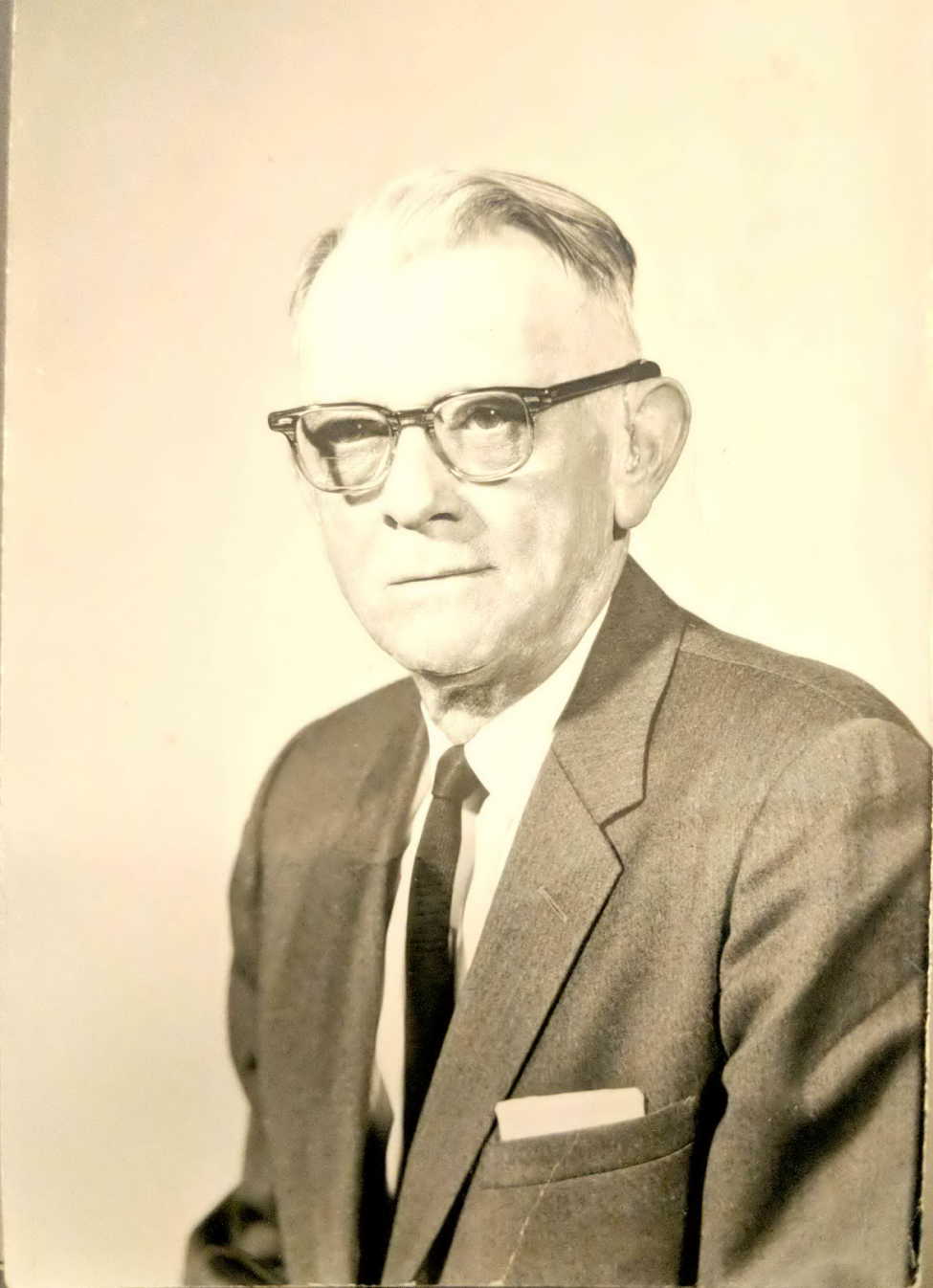 Cleve Reeder was a gospel preacher and an exceptional song leader. He worked in Lake Worth, Palm Beach County, Florida for some years. At that point he labored with his hands to support his family, and helped in the church where he could. Then, he was in Hillsborough and Plant City during the 1930s and 1940s, again working to lead singing, teach classes, and fill in preach some. In the early 1940s he went to Enterprise, Alabama to start his first full-time work with the West College Street church of Christ, still laboring outside to support his family. In the year 1956 to 1957 the Reeders spent a year in mission work in Tarpin Springs, Florida. The following year, the family returned to south central Tennessee in Spencer, Van Buren County, Tennessee. In 1958 the family moved to Portand, Tennessee where Cleve began preaching for the Bush's Chapel church of Christ. At the end of 1962 he announced his intention to resign at Bush's Chapel, but intended staying in the area to fill-in and preach where he might be needed, but on the 26th of November his wife Eula Mae, passed away, having suffering with what was called an "incurrable disease" for over ten years. Burial followed in the cemetery across from Portland church of Christ. The last years of his life were spent in Portland. He preached in gospel meetings in many locations, and led singing for other evangelists in gospel meetings. He reported many of his efforts to the Gospel Advocate. Brother Reeder passed from this life November 26, 1962, and was laid to rest next to his wife in the cemetery at Portland to await the coming of the Lord.

Mrs. W. C. Reeder, the former Eula Mae Bomar, passed this life November 26, 1962, at 5:00 P.M., at her home in Portland, Tenn.  Sister Reeder had been battling an incurable disease for ten years.  Her manner of passing was an answer to her prayers.  She prayed to be active to the end and pass away calmly.  On Sunday morning, before her passing on Monday afternoon, she went to worship her Lord at Bush's Chapel, where her husband preached.  She was able to do this by her strong faith, courage and the help of God.  For thirty-seven and one-half years Sister Reeder was at the side of her husband, W. C. Reeder, as his loyal companion and helpmeet.  They worked together as faithful servants of the Lord.  Her husband worked in Florida, Alabama and Tennessee, preaching the gospel.  Sister Reeder was known in many other states where her husband conducted gospel meetings.  Her character, work and faithfulness to the Lord was esteemed highly in every place she was known.  J. B. Gaither, B. F. Jernigan, and the writer conducted her funeral at the Portland church of Christ.  She is survived by her husband; one daughter, Mrs. Delma Long of Montgomery, Ala.; one grandson, Billy Long; two sisters, Mrs. Gertrude Whittam of New Jersey, and Mrs. Elizabeth Henry, Tampa, Fla.; and many, many friends.  She was born in Henry County, Tenn., on June 25, 1898, and laid to rest in Maple Hill Cemetery, Portland, Tenn., November 29, 1962.

Leslie Ray Reeder, aged twenty, son of Mr. and Mrs. W. C. Reeder of Portland, Tenn., was killed instantly in a car and truck accident at Vallejo, Calif., on September 16.  The remains arrived in Portland September 25.  Funeral services were conducted at the church in Portland September 26 by Eugene W. Clevenger, Frank Jernigan, and J. J. Reynolds.  Interment was in National Cemetery at Nashville.  Ray had been a faithful member of the church since he was eleven years of age.  He was an excellent song leader and often in his father's absence would preach in his stead.  He had been in the navy fourteen months, enlisting after one year at David Lipscomb College, where he was a premedical student.  His aim in life was to be a physician and render physical as well as spiritual aid to his fellow man.

W. C. & E. M. Reeder are buried in the Maple Hill Cemetery in Portland, Tennessee. The cemtery is located on the corner North Russell Steet and Glendale Avenue just across the street from the Portland church of Christs. If visiting the cemetery, be sure to also visit the grave of another long-time preacher in the area, W. C. Reeder. The exact location of the grave is shown below in the GPS coordinates. Be sure to use photos below as reference points. 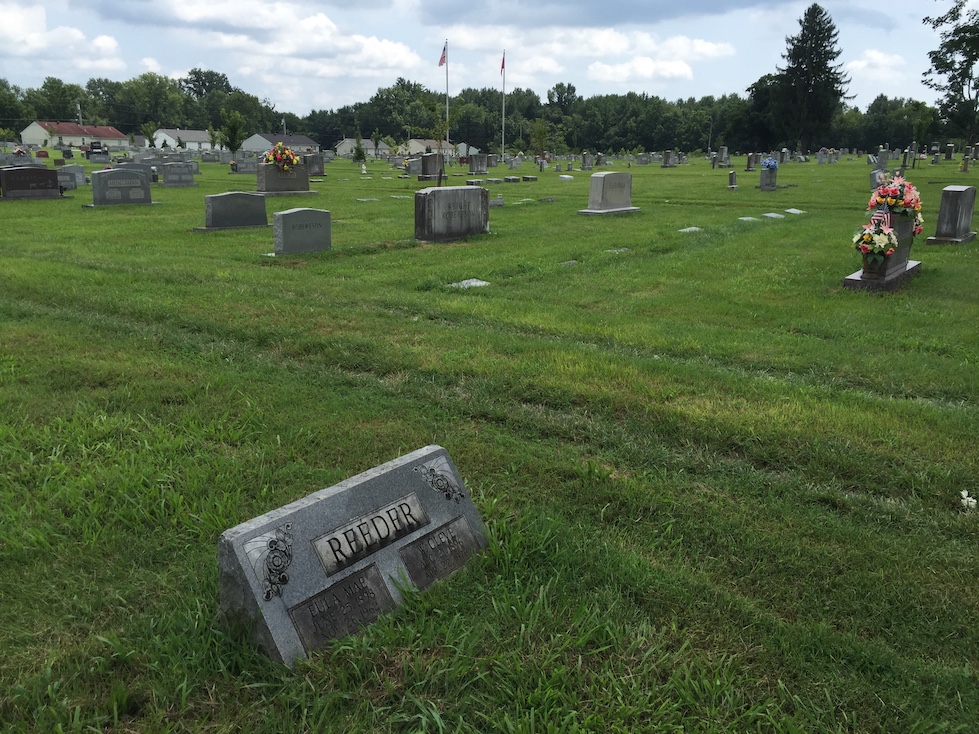 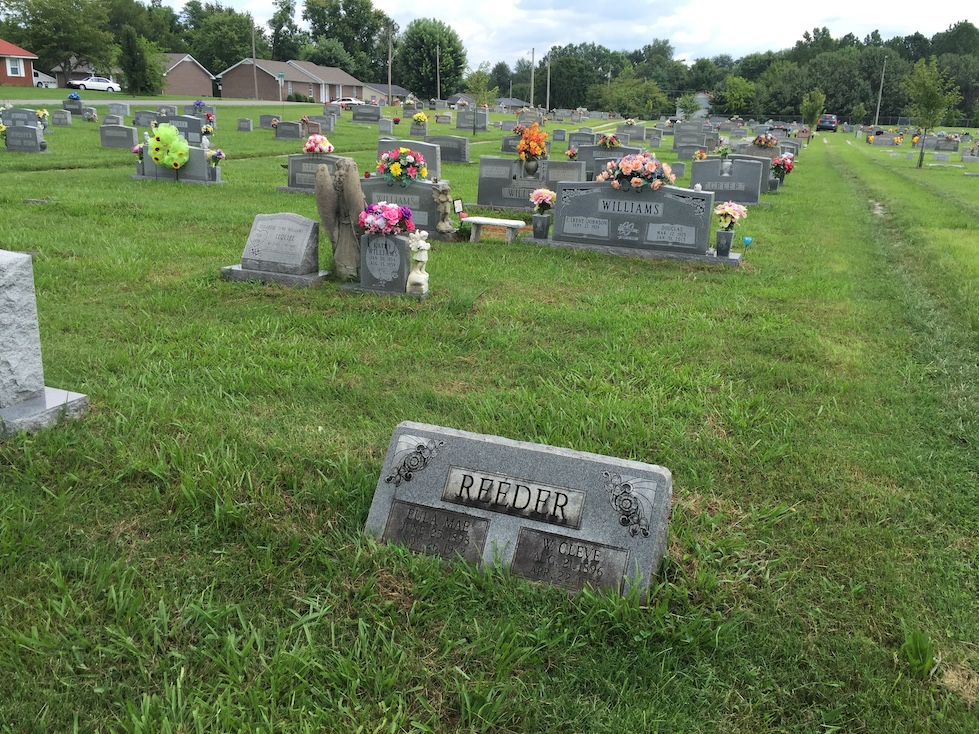 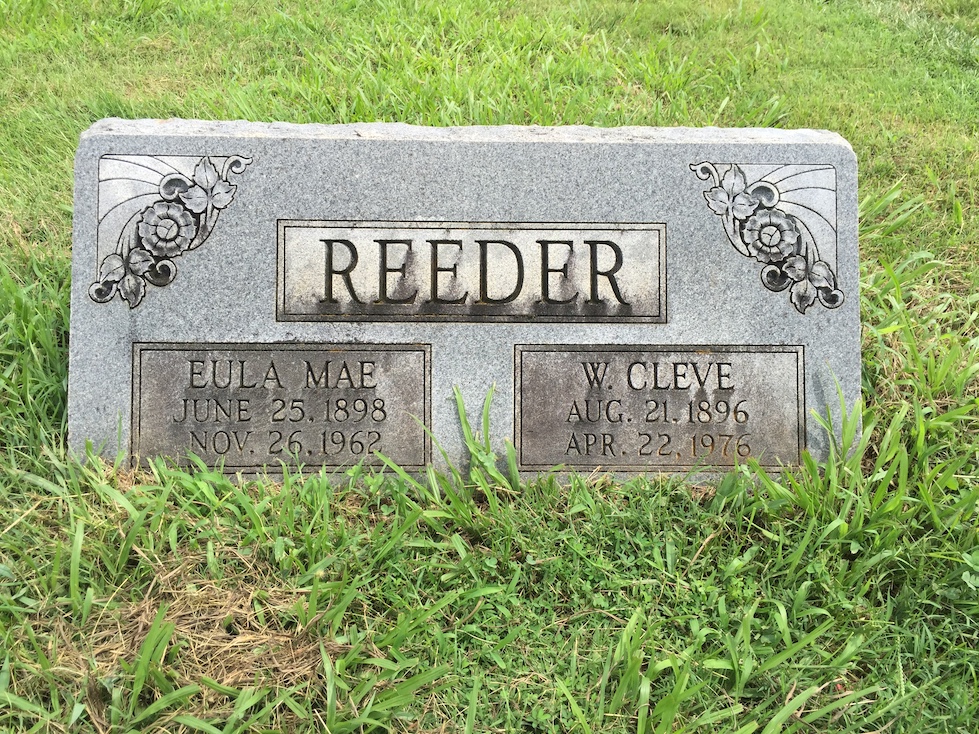