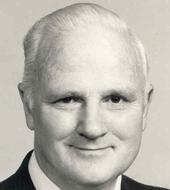 News Brief On The Death Of Ira Y. Rice, Jr.

Rice had concluded a gospel meeting in Shepherd the evening before and was on his way home to Memphis, Tenn., when his van collided with an 18-wheel semi-trailer. He did not survive.

Rice served more than 65 years as a minister, editor and missionary.

He began preaching at age 15. Later he served churches in Oklahoma, Texas, California and Washington.

Rice was active in international missions and worked in Malaysia, Hong Kong, the People’s Republic of China and Russia. He established the church of Christ in Singapore in 1954 and worked there until the mid-1960s. He also served as president of Four Seas College, Singapore from 1966-68.

As recently as August he traveled to Siberia to evangelize.

After graduating with a degree in journalism from Oklahoma University, Rice maintained a lifelong interest in writing.

He was the founding editor for the monthly newspaper, “Contending for the Faith” from 1969 to 2000. He also published the “Far East Newsletter,” which contained reports on his travels. The Bellview Church of Christ, Pensacola, Fla., oversaw his international travels.

Rice wrote and published several books including “Soul Winning — Personalized and Systematized”; “God’s Truth on Elders”; and “We Can Evangelize the World.” His best known books are “Axe on the Root” in three volumes. His “Basic Bible Course” has been widely circulated and translated into several languages, said David Brown, current editor of “Contending for the Faith.”

“Men either hated or loved and admired Ira. There will never be another like him in his fierce passion for getting the gospel all over the world and in his equal zeal for the purity of doctrine and practice. As for me, I loved and admired him,” said H.W. “Dub” McClish, editor of the Denton, Texas-based “Gospel Journal.”

Memorial services were Oct. 16 at the Forest Hills Church of Christ, Memphis.

Rice was born in Franklin, Texas, in 1917, and served as a missionary to both Singapore and Malaysia for nearly 10 years.

Ira Rice is a name I have known since my earliest days. When my father, Richard T. Harp, graduated from Lipscomb College in 1960, the family moved to the mission field of Lancaster, South Carolina. During those years Ira Rice visited in our home occasionally when passing through. According to my folks Brother Rice bounced me on his knee as a young child. He tried for years to get my parents to move to Singapore to do mission work. I am sure his early encouragements toward missions influenced their commitment to many years of promoting mission outreach in New Zealand and the Pacific Islands. It was a pleasure to know Brother Rice through the years at somewhat of a distance. I often heard him preach in different meetings and at different lectureships. He was a regular speaker at the World Mission Forum at Forest Park, Ga, a program my father started in 1970. When I attended Freed-Hardeman in the 1970s, his daughter Rochell was in my class, and I was able to see him around the campus from time to time. To my knowledge there was not a kinder, more mild-mannered and gentle-spirited man than Ira Rice.

As a young adult I began reading some of the writings of Ira Rice. His journal, "Contending For The Faith," and his series of books, "Axe On The Root," were among many other avenues of writing that he used to help the church stay the course of soundness during uncertain times. There were times I read his writings that I disagreed with the tone of some of his comments, or even with some of the accusations that were made against some with whom he took issue. However, knowing the man, from all the experiences I had with him, I sought not to judge too harshly. The man was bold, and his pen was potent. He never backed down from a challenge when it came to preaching the truth. As a result, he made enemies of some. But if you knew the man, you could only come away with an appreciation of his intentions. If you knew the man, you knew the heart. He loved the church, and he fought for it until his dying day. How many people and churches were encouraged to stay the course of faithfulness, only the Lord knows.

In later years, I have come to appreciate the depth of heritage to be found in the ancestry of Ira Y. Rice, Jr. I have had the honor, not only to visit his grave in Memphis, but I also visited the grave of his father, Ira Y. Rice, Sr. in the I.O.O.F. Cemetery in Norman, Oklahoma in 2004. Finally, it was a joy in January, 2010 to visit the grave of his uncle, John M. Rice, the first in the family to find the ancient order, and to preach it. He is buried in Abilene, Texas. The Rice family was a great influence on churches of Christ throughout the 20th Century. Only eternity will show the extent of their influence and commitment to the Kingdom of Heaven.

I.Y. Rice was buried in Memphis, Tennessee in a fairly new cemetery, Memorial Park South Woods. It is located at 5485 Hacks Cross Road, Memphis, TN 38125. Take I-240 to Nonconnah Parkway and go east 5 miles to Hack's Cross Rd. Exit. At the exit turn right (South) about 2 1/2 miles. The road will narrow to two lanes. You will pass a pet cemetery on your right. Very soon you will come to Memorial Park South Woods Cemetery. Turn into the entrance and bear to the left past the office. Then as you bear around the section on your right you will turn left between the Annesdale Section and The Chapel Hill Section. Proceed to the top of the hill and turn right. Immediately to your left is the Belvedere Section where Rice is buried in Lot 1405 #15. Go to the right of the Belvedere sign and go in 14 rows. Each section has a little silver round plate with the number of the section. When I was there in January, 2002 there was still no permanent marker in place. While visiting the grave of I.Y. Rice, Jr. be sure to visit the grave of C.W. Bradley. 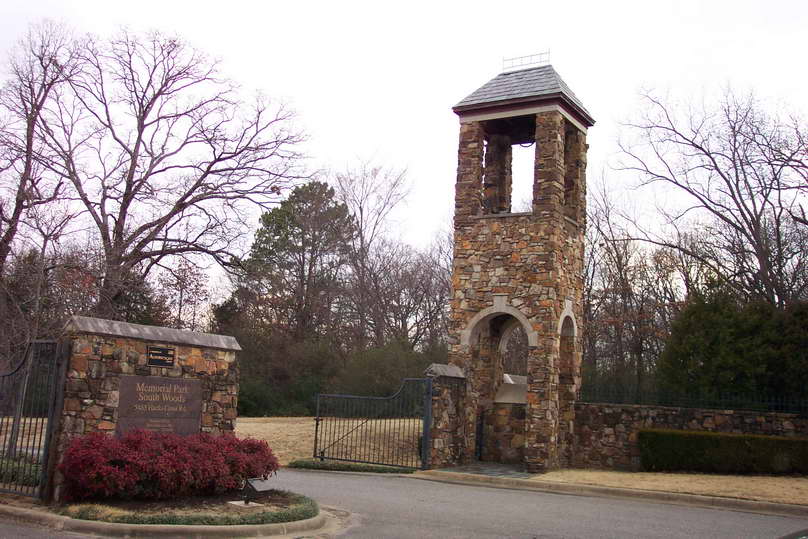 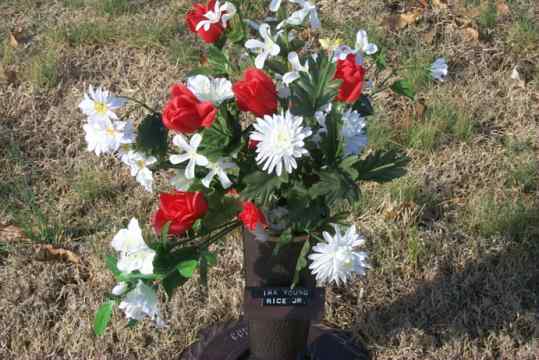 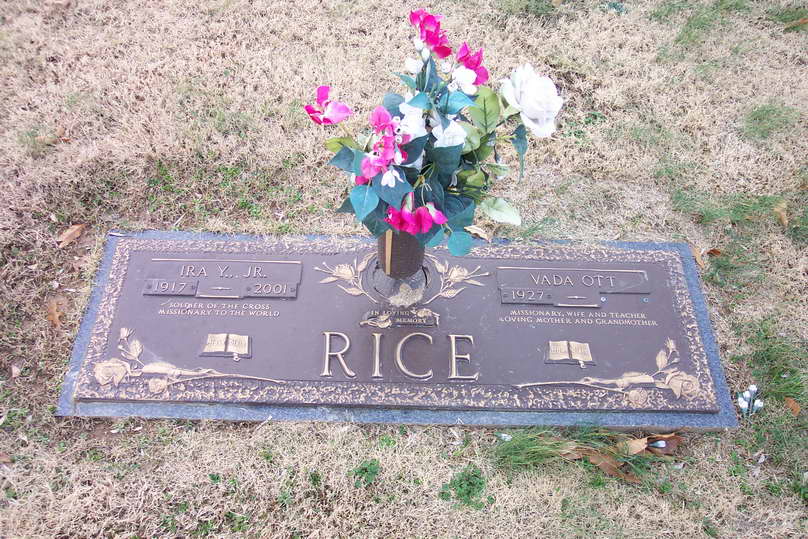 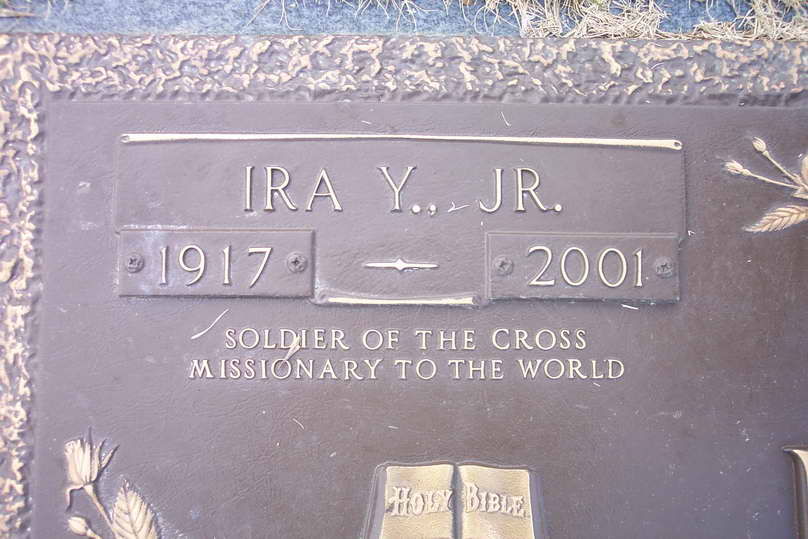