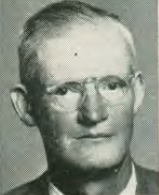 The Life of Wesley A. Rice

Wesley grew up in a difficult environment. The family was poor. His father, William Andrew Rice, only lived into his mid 30s, having lost his life due to a battle with Rheumatoid Arthritis. This left the home with a young widow and five children without a father. Though only twelve years old at the time of his father's passing, his dad had left his mark. You see, his father's greatest desire in life was to preach the gospel. See the article below that he submitted to the Christian Leader And The Way in April 1908 where he spoke passionately of his desire to attend a college like Potter over at Bowling Green, Kentucky, and to learn. However, his death a year later left young Wesley with having to carry on many of the responsibilities of his father and caring for the family.

He married Nancy Katherine Steele (1902-1979) on August 2, 1918, in Putnam, Tennessee. They had five children in 19 years. Brother Rice never had the where-with-all to attend a preacher training college. He described himself as self-taught, studying long in the word of God. He assisted churches around his home most all his life. While never known as a great traveling evangelist or editor of a brotherhood paper, many are led by live and teachings of brother Wesley Rice. Many heard the word of God taught, obeyed the gospel, were joined at the marriage alter, and laid to rest by the loving and kind words that fell from this good man’s lips. Only eternity will bear our the great good he accomplished for the cause of Christ.

While living at Sparta, Tennessee, brother Rice reached the age of 74 years when he laid down his mantle, entering into the presence of God the 13th of September 1971. Burial followed in the Judd Cemetery in Cookeville where many of Nancy’s people were laid to rest. She followed him in death eight years later on November 23, 1979.

Request Sent In By Wesley Rice's Father, W. A. Rice, The Year Before His Death 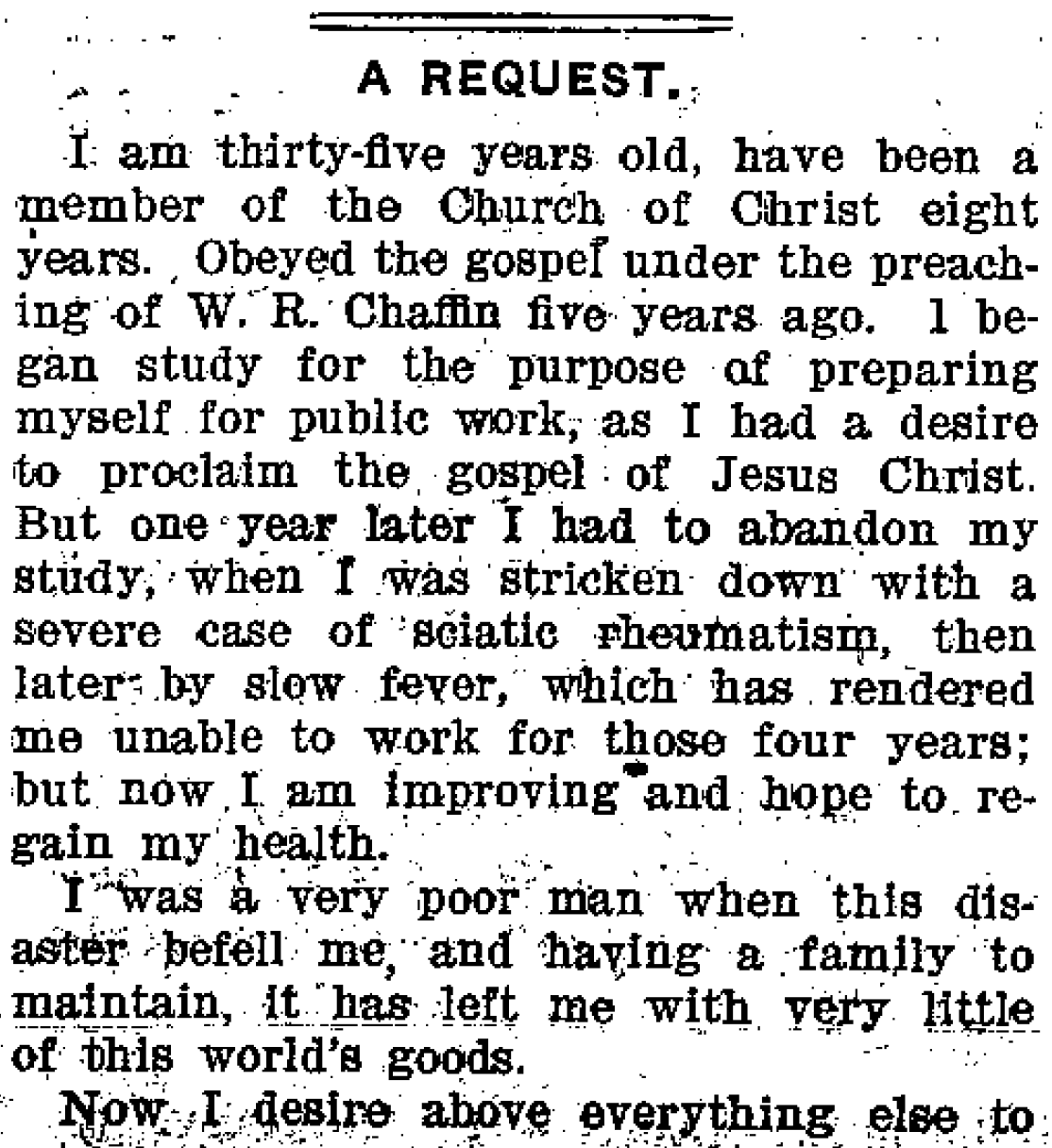 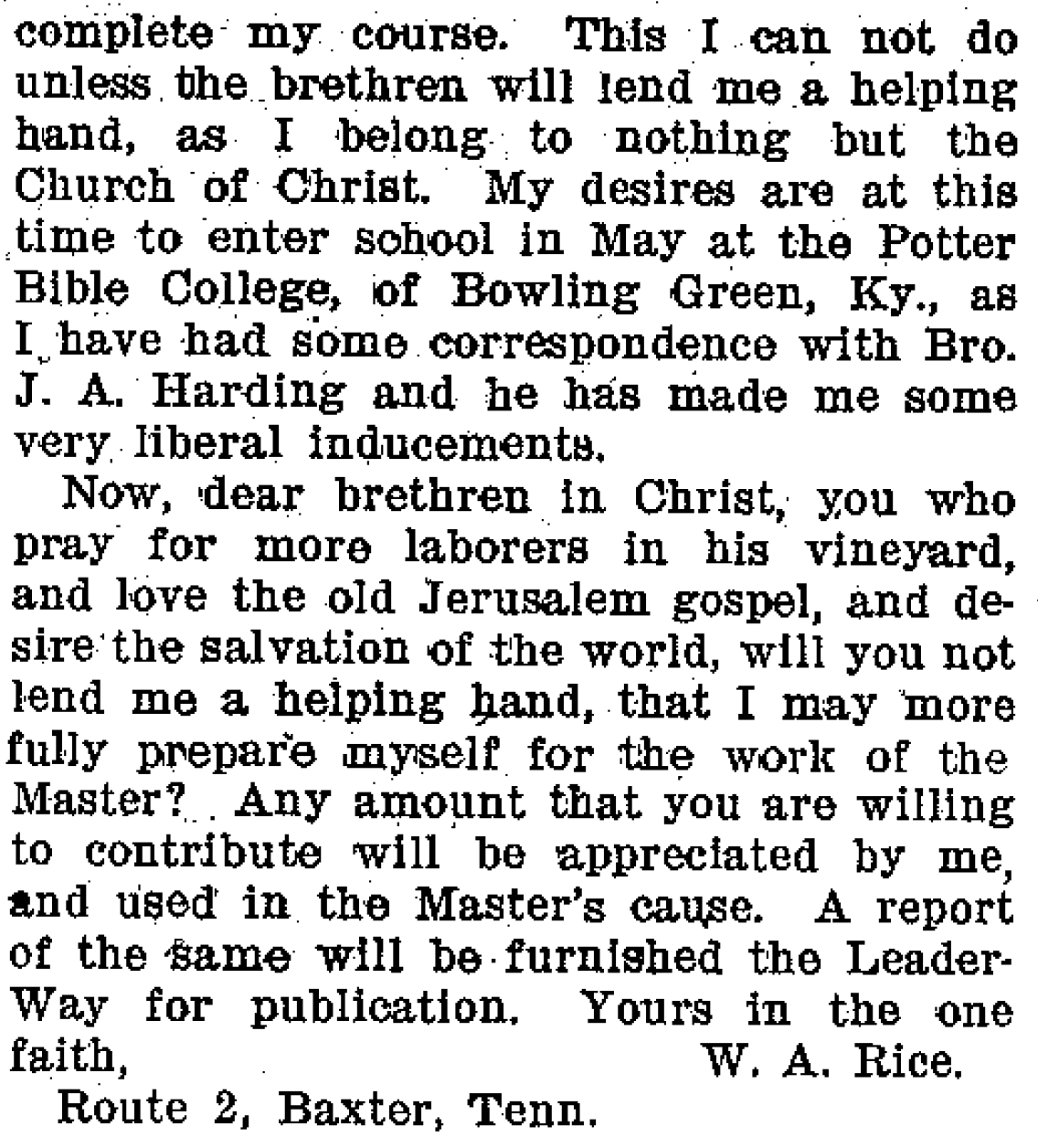 The Judd Cemetery lies just west of Cookeville, Tennessee off of I-40. Take the Baxter exit and go south on Baxter Road. Go about a mile and turn right on Judd Cemetery Road. The cemetery will be on the right in a curve. The Rice family plot is up on a bank just next to the road. 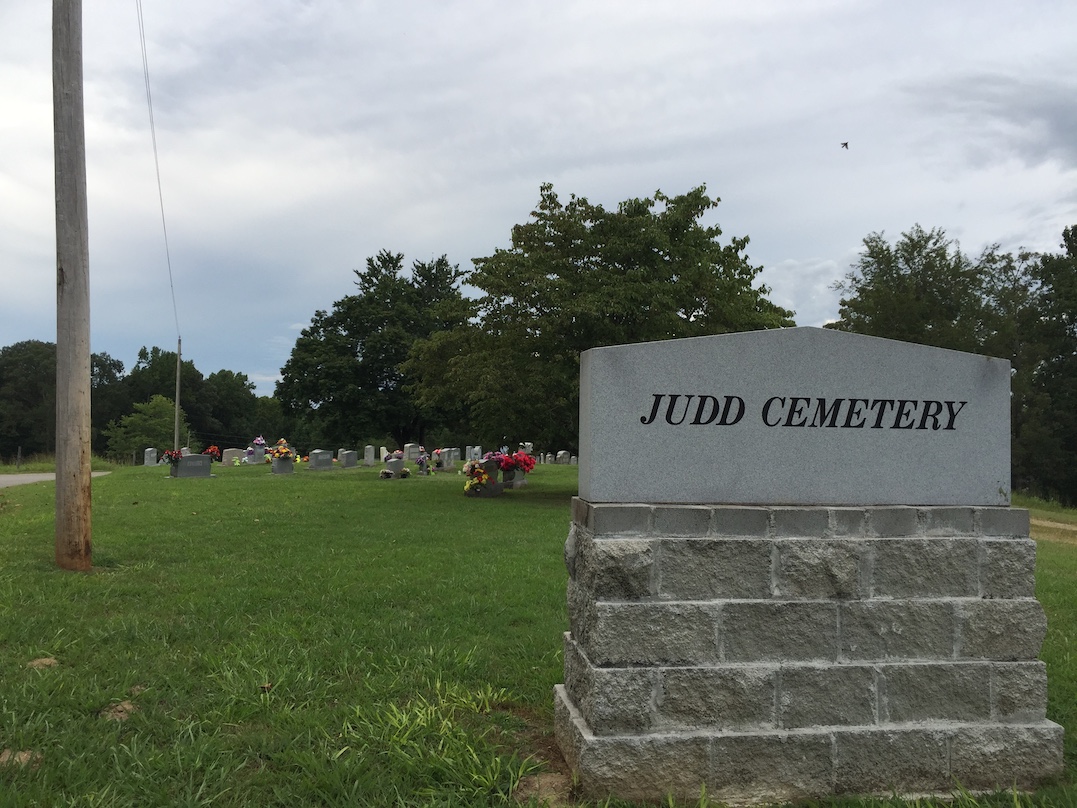 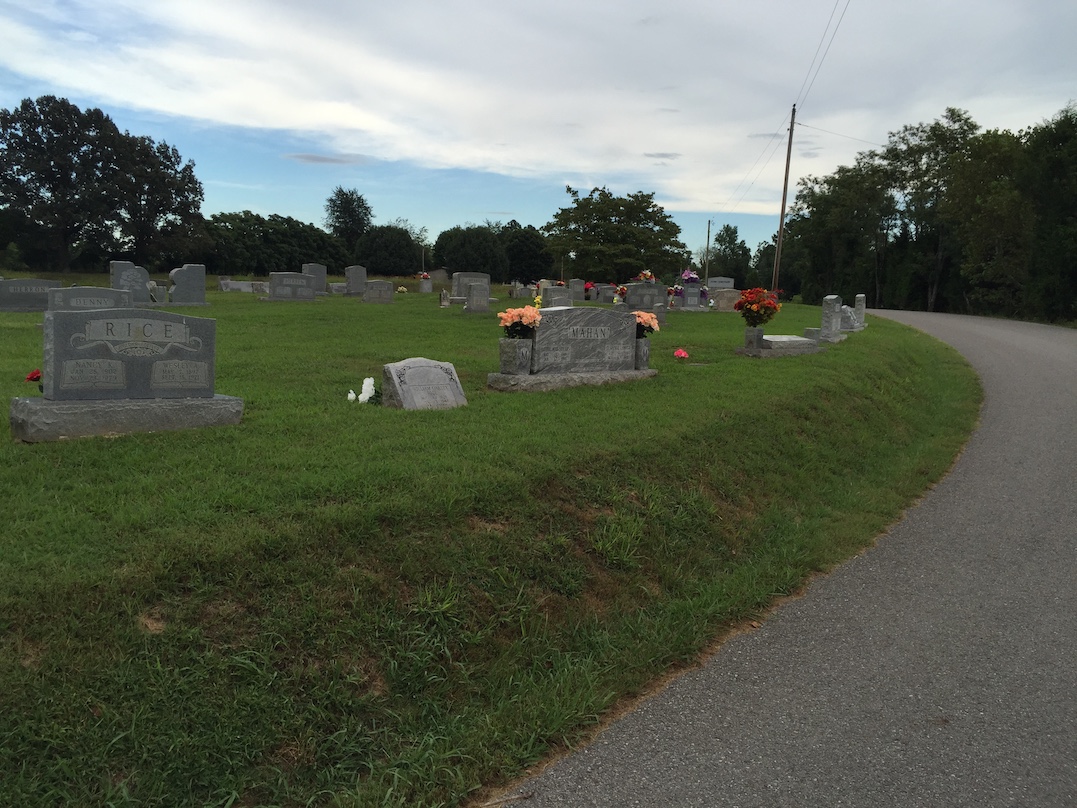 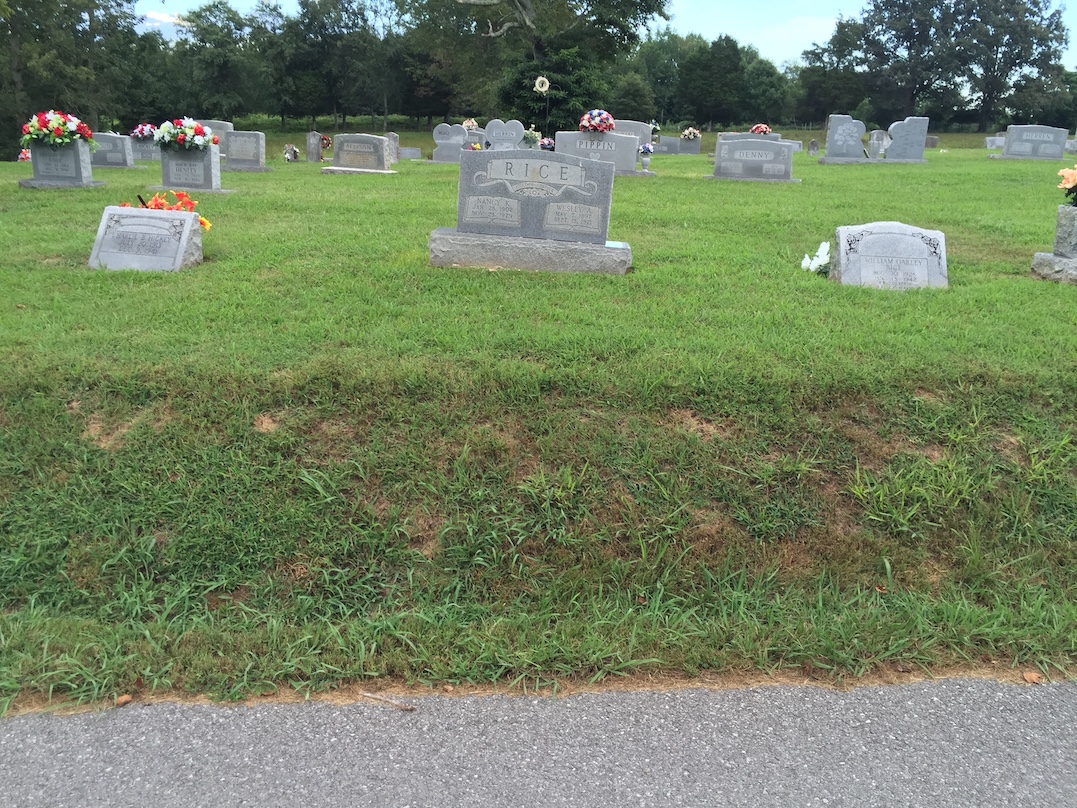 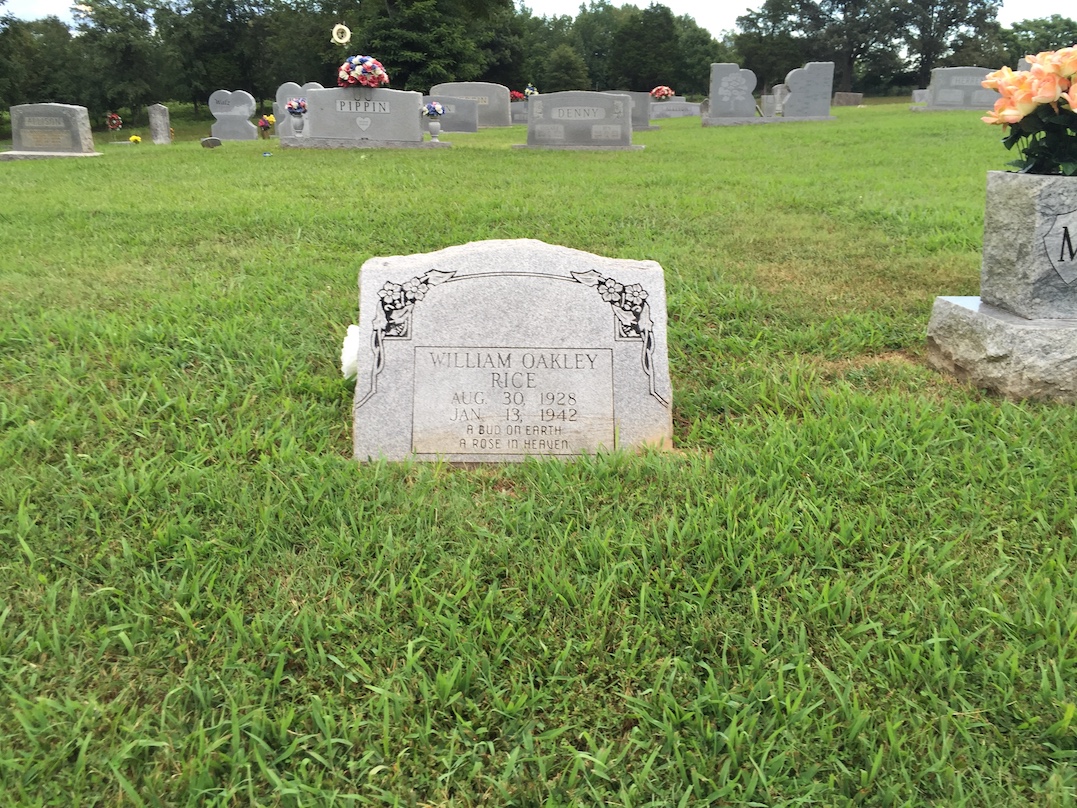 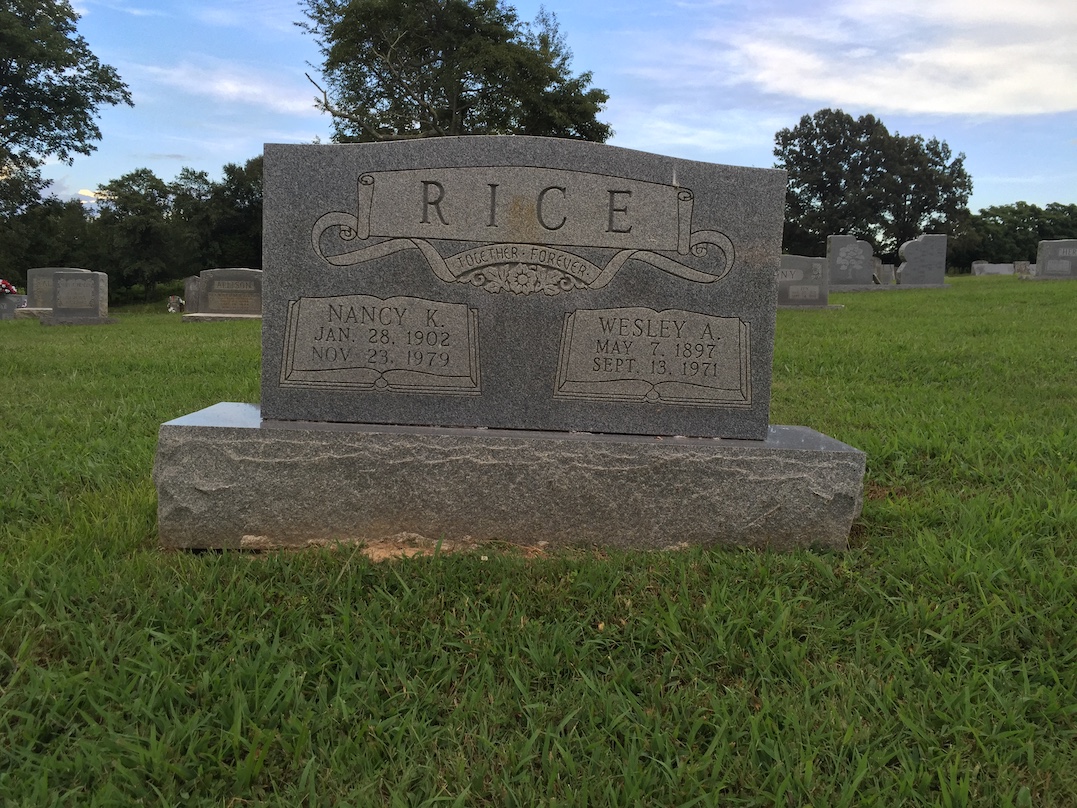