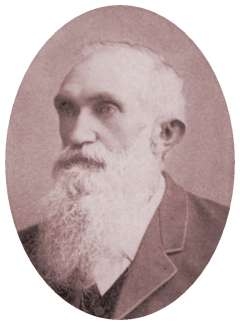 Biographical Sketch On The Life Of J.F. Robertson

J. F. Robertson, merchant and farmer, residing at Crockett Mills, was born in North Carolina, in 1834, and is now the only surviving member of a family of four children of Asa and M. A. (Sewell) Robertson, born in North Carolina in 1804 and 1808, and died in 1865 and 1877, respectively. They came to Tennessee in the fall of 1843 and located on the farm where our subject now resides. The latter was educated in the district school near his home and in 1857 married Artemisia, daughter of William and Mary Evans. Mrs. Robertson was born near Brownsville, in 1838, and died in 1859. In the fall of 1868 Mr. Robertson took for his second wife, Nannie Dickinson, who was born in Tennessee, in 1848, and died in 1871. By that union he has one daughter - Miss Rosa M. Mr. Robertson owns 2,465 acres of land and has always followed farming and merchandising for a living. He is the largest land-holder in the county and his home farm consists of 1,200 acres in one tract. Since 1867 he has been engaged in the mercantile business, in which he is quite successful. In 1873 he married Miss L. A. Hamlett, daughter of G. D. Hamlett. Mrs. Robertson is a native of Davidson County, born in 1854, and is the mother of one daughter, Georgie. Mr. Robertson was elected magistrate of his district upon the organization of the county and has been re-elected each succeeding term and now holds the office. In 1882 he built a fine brick church of the Christian denomination near where he resides, and two good schoolhouses at Crockett Mills. He has perhaps done more in erecting public buildings than any other man in the county, and takes great interest in educational and religious matters. He has always been a Democrat in politics and he and wife are members of the Christian Church. In 1861 he joined Company D, Seventh Tennessee Cavalry, and participated in the battles of Harrisburg, Corinth; Franklin and Nashville, besides many others of less note. He returned home in the spring of 1865. 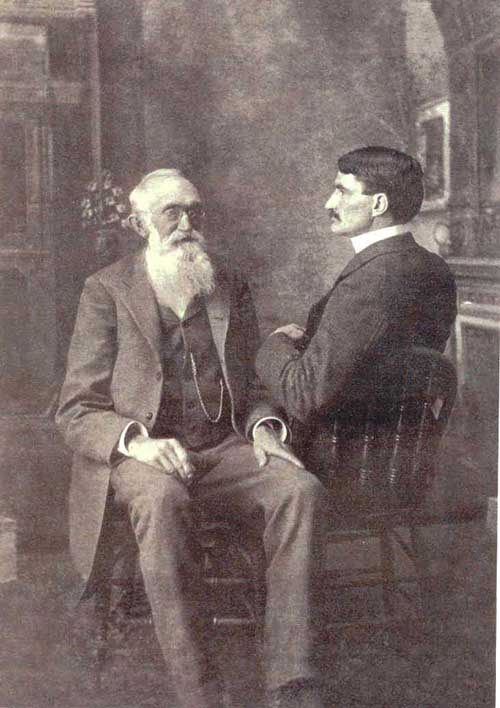 Crockett Mills, Tenn. - Born in Martin county, N. C., April 16 1834. Came to Tennessee at the age of nine, since which time has lived in West Tennessee. Obeyed the gospel under the preaching of J. B. Inman. His ears are ever open to the cries of the needy. His faith and love for the Master are shown by his devotion to His service and his many deeds of charity, believing "It is more blessed to give than to receive."
-Churches of Christ, John T. Brown, 1904, page 616 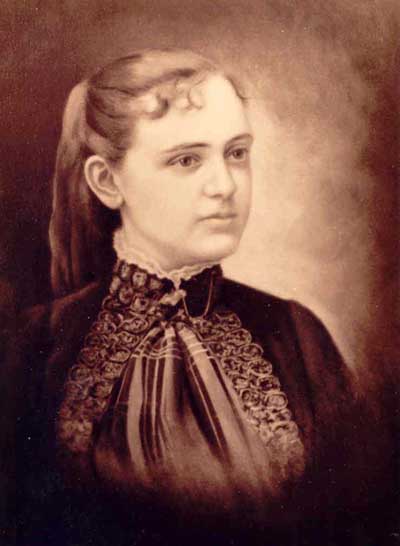 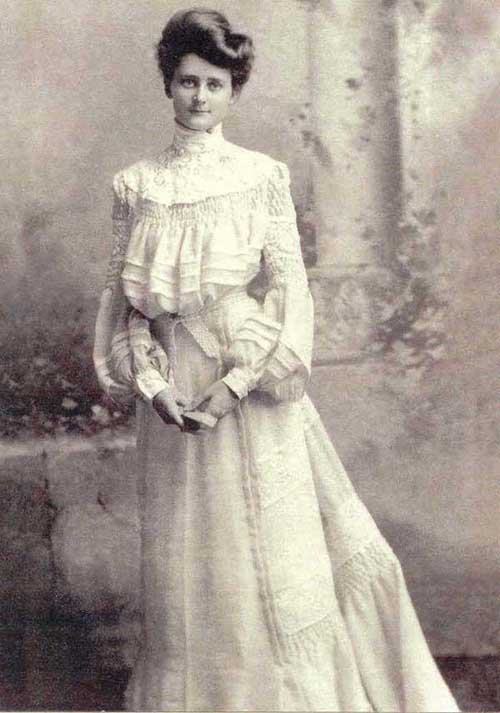 J.F. Robertson, a wealthy land owner in Crocket Mills, Tennessee was married three times, his first two wives passed away. In 1874 he married Lucy Alice Hamlett of Davidson County, Tennessee. At the age of 41, he and his wife gave birth to one daughter, George Ann. She was called "Georgie."

Sadly, at a young age, sickness and death overtook young Georgie just one day after her 21st birthday. The family was heart broken. In honor of her life, J.F. Robertson contributed $5000 to the struggling West Tennessee Christian College in 1897. The name of the college was changed to Georgie Robertson Christian College. A building was built and named the Georgie Robertson Building. Later it was renamed the Milan-Sitka Building, serving the college and the people of Henderson, Tennessee for about 107 years. The Georgie Robertson Christian College existed for about eleven years when closed in 1908. In 1919 it became known as Freed-Hardeman College, receiving University status in 1990. Today Freed-Hardeman University continues to grow and prosper. 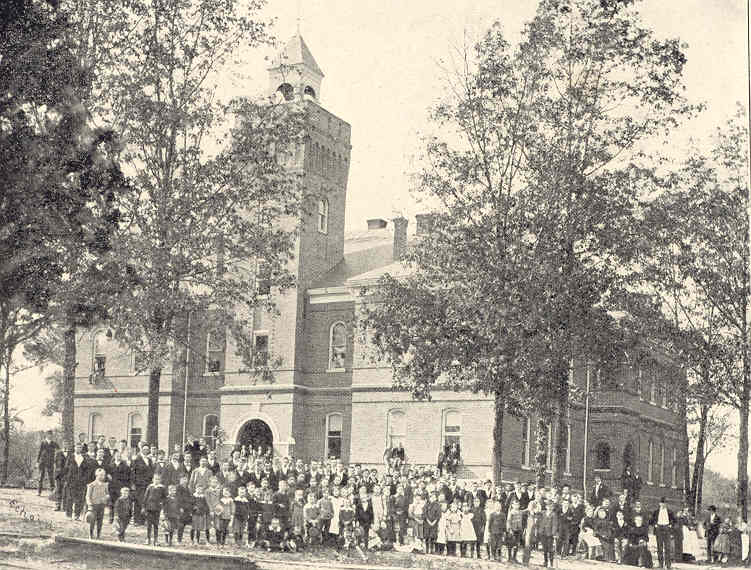 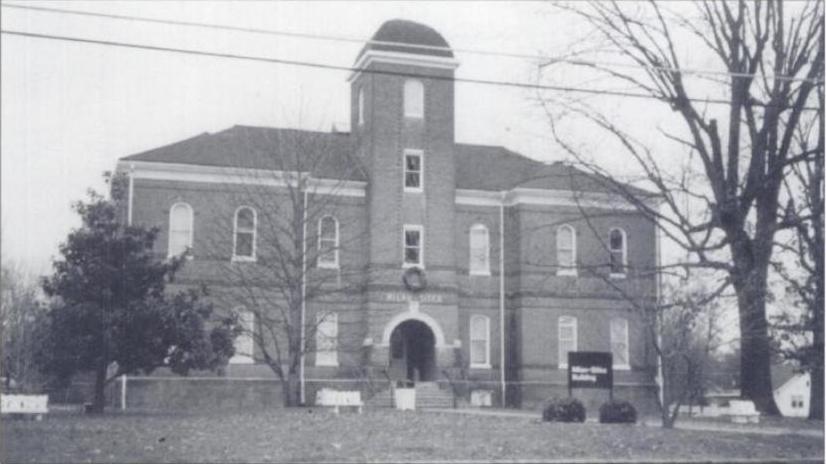 Purchased By The College In 1963, The Building Stood 107 Years Until Being Dismantled In 2004

J.F. Robertson and his family are buried in the Crocket Mills Christian Church Cemetery. In West Tennessee, take I-40 to Exit 79, Hwy. 20/412. and head northwest. Head about 18 miles. Just north of Alamo take Hwy. 188 north and go four miles to Crockett Mills. You will come to a Crossroads where you can turn left to go into the township. However to get to the cemetery proceed north and the entrance will be less than a 1/10 mile on right. While in Crockett Mill be sure to go see the beautiful old Christian Church building that was built in part by the proceeds of the Robertson family. 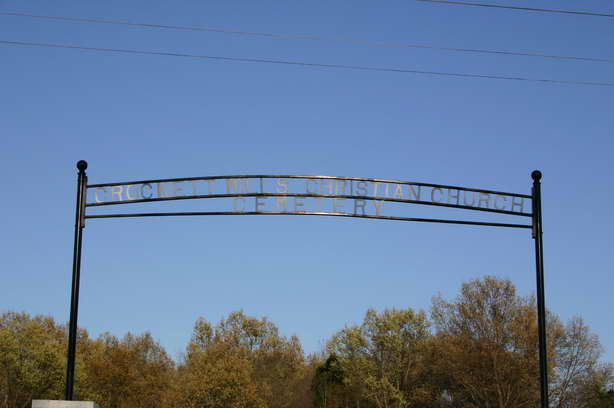 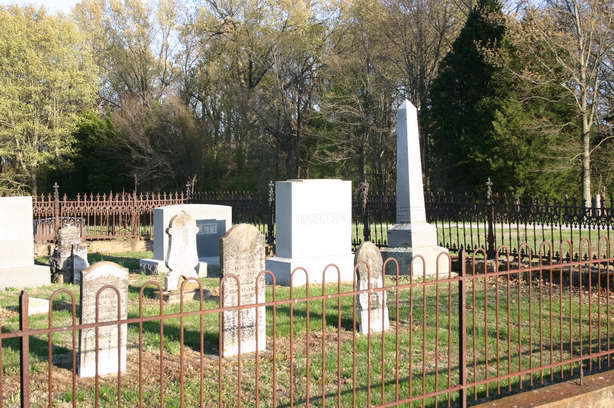 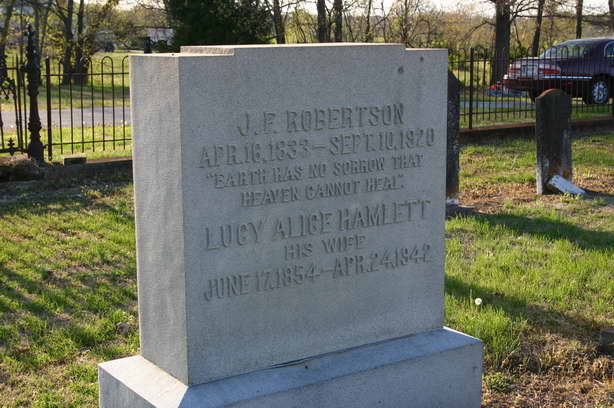 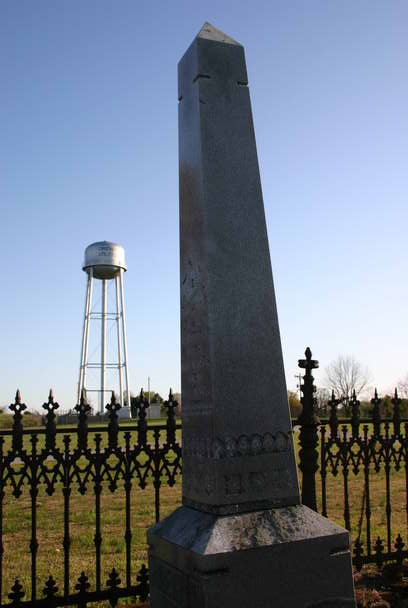 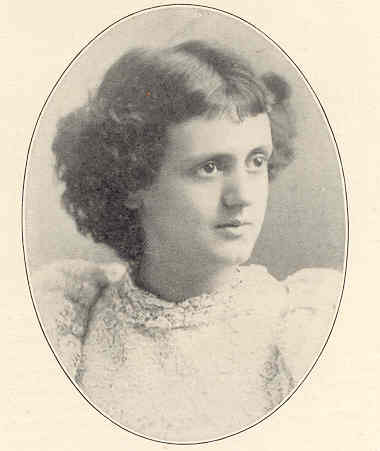 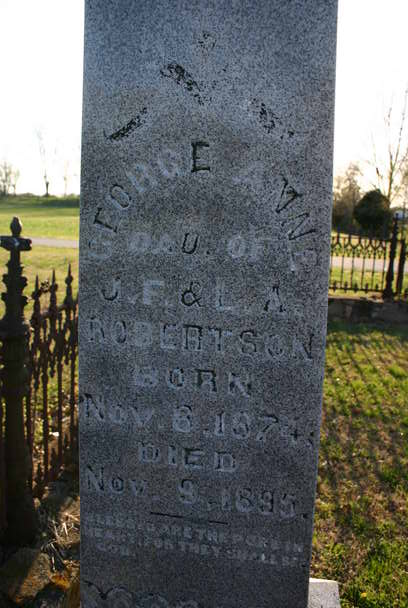 Special Thanks: The contents of this site are from numerous sources. Photos of Georgie Robertson were found in Churches of Christ, ed. John T. Brown, 1904, and from Freed-Hardeman Archives. Thanks to Tom Childers of Henderson, Tennessee for assisting in taking photos of the graves and taking me to visit Crockett Mills and the Christian Church cemetery. Other sources are otherwise noted.