H. G. Savage was an early administrator and teacher at
Henderson Masonic Male and Female Institute in Henderson. Tennessee.

Directions To The Grave of H. G. Savage

H. G. Savage is buried in the Henderson Cemetery in Henderson, Tennessee. He lies among many who were connected with the old college in town, now known as Freed-Hardeman University. 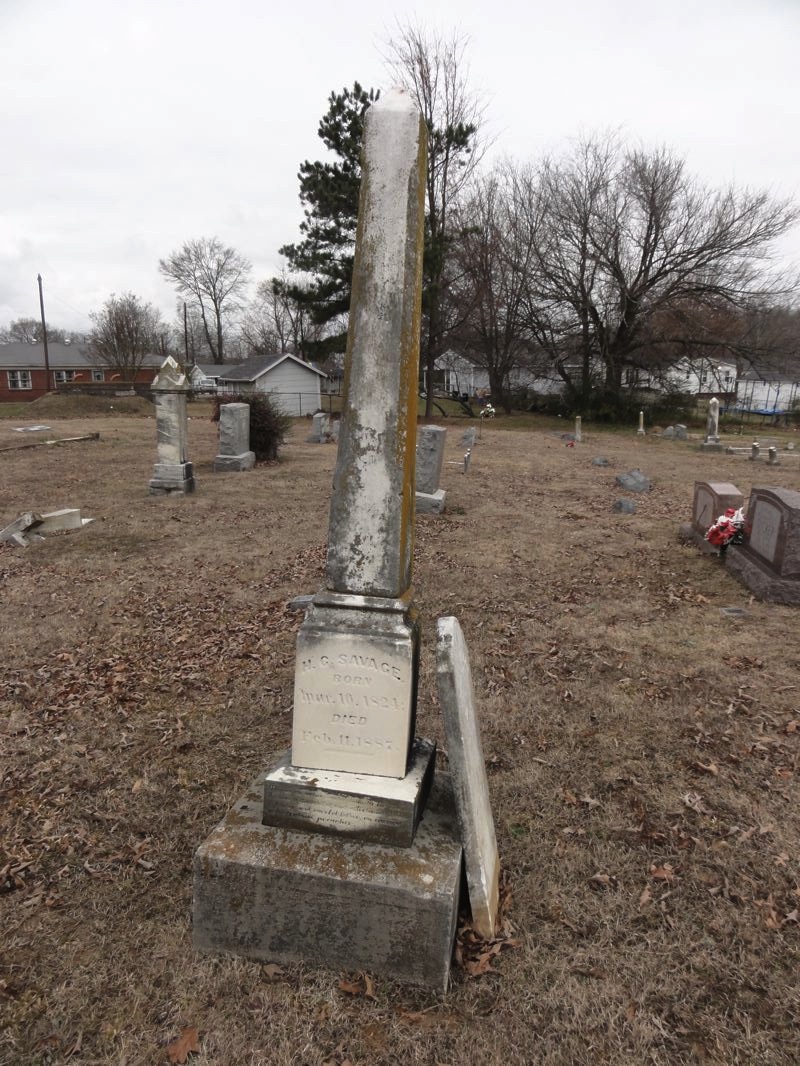 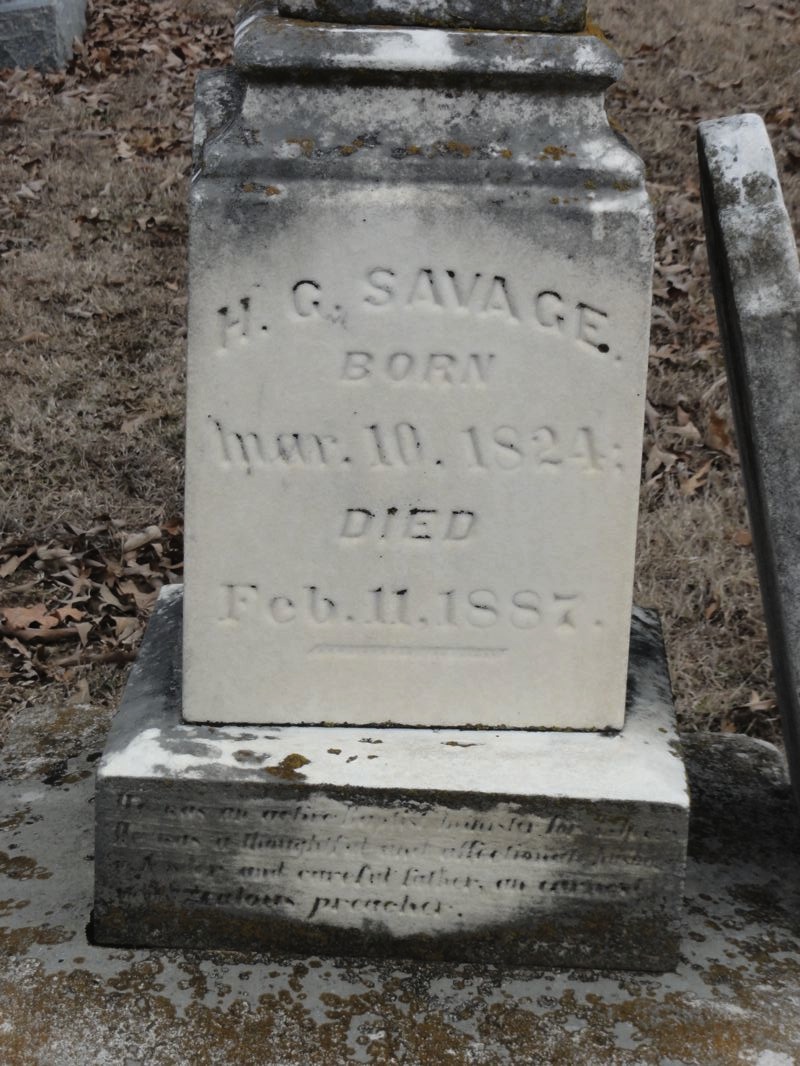 H. G. Savage
Born
March 10, 1924
Died
February 11, 1887
He was an active Baptist minister for
He was a thoughtful and an affectionate husband
A leader and careful father, an earnest
and zealous preacher.