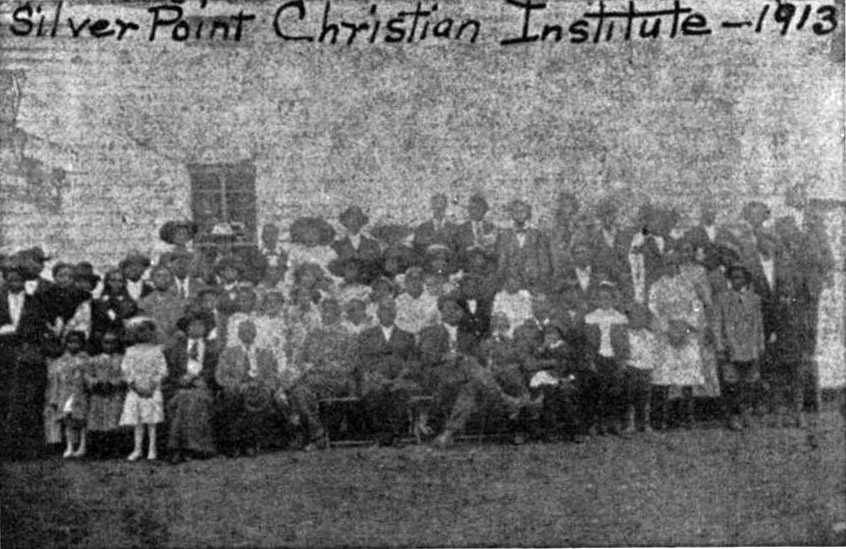 The Silver Point Christian College operated from 1909 until around 1918. The school was the brainchild of G.P. Bowser and other black brethren who desired to see education made possible among black people in the south. In October, 1906 a gathering took place at the Jackson Street church of Christ in Nashville, Tennessee where plans for the school took place. Initially, the school was determined to be called "Nashville Normal, Industrial and Orphan School." The school opened in the building of the Jackson Street church on January 8, 1907 with seventeen students enrolled.

Within two years plans were put in place for moving the school to a new location. In mid-October, 1909 the Jackson Street school was moved seventy-five miles east of Nashville to the small village of Silver Point, Tennessee. Ten acres had been purchased for $250 where they erected a two-story frame building. The teachers in this venture were G.P. Bowser and Miss P.H. Womack, daughter of S.W. Womack.

Silver Point Christian College began its first term with nine students. By 1915 there were 63. The following year, with the assistance of A.M. Burton, a nice brick building was built for chapel and worship. The school continued to grow for the next three years, when upon conclusion of commencement exercises April 11, 1918, G.P. Bowser resigned as president of the college, thus bringing the school to an end. The building continued to be used several decades by the black brethren in the community until finally the doors were closed in 1986. The building is now used for special meetings and occasional singings. 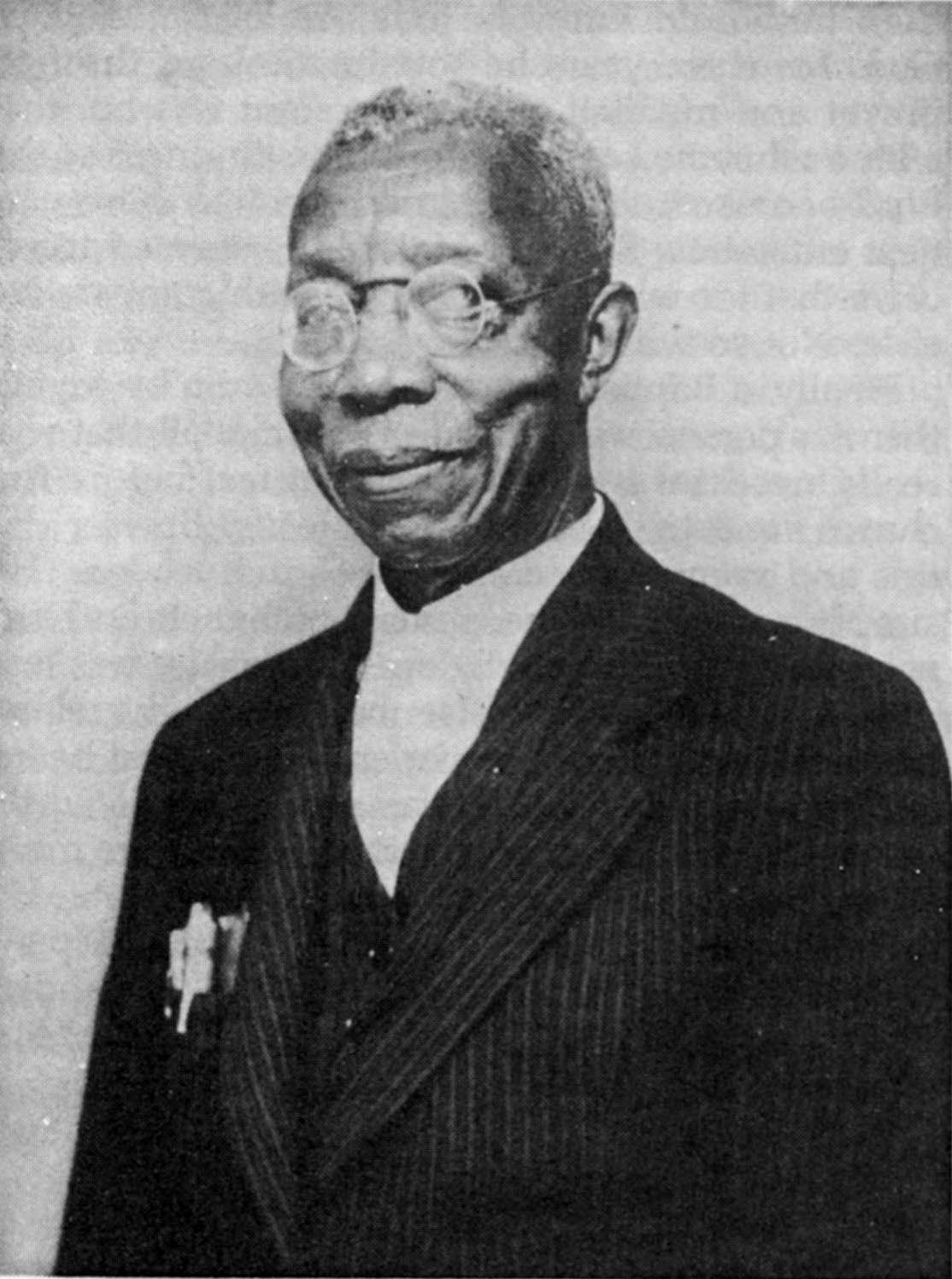 East of Nashville, Tennessee on I-40 take Exit 273, and turn back to your immediate right on Center Hill Dam Road. Go 1.1 miles and the old school is located on your right. See present day photos below. 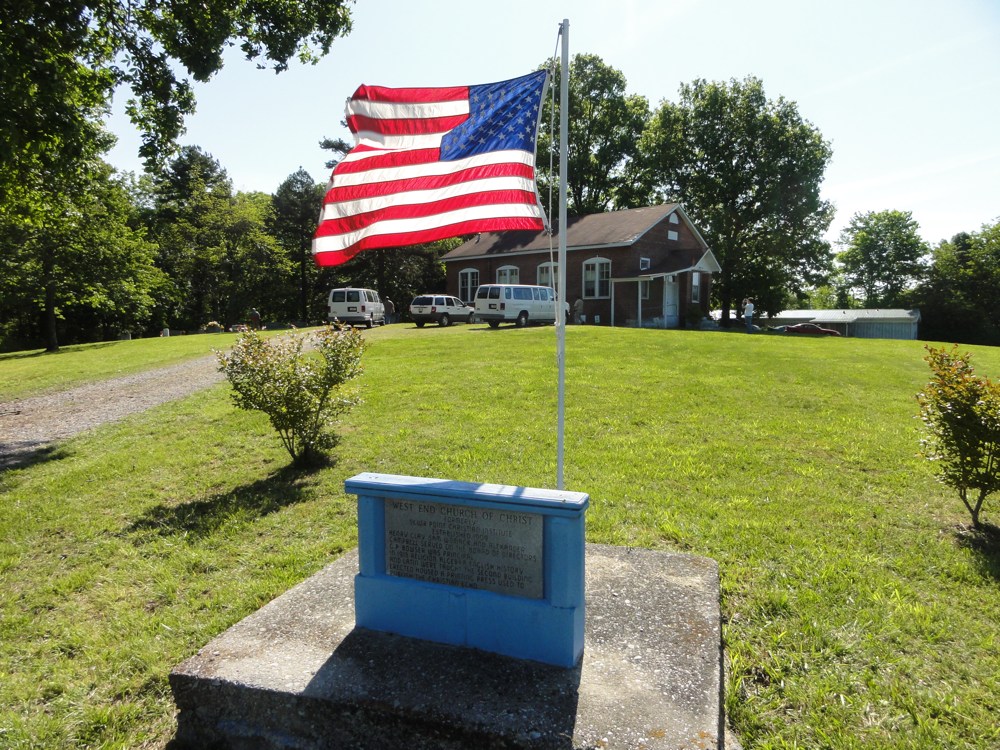 The brick building on the hill was built in 1916. It is the third and only structure left of the old Silver Point Christian Institute 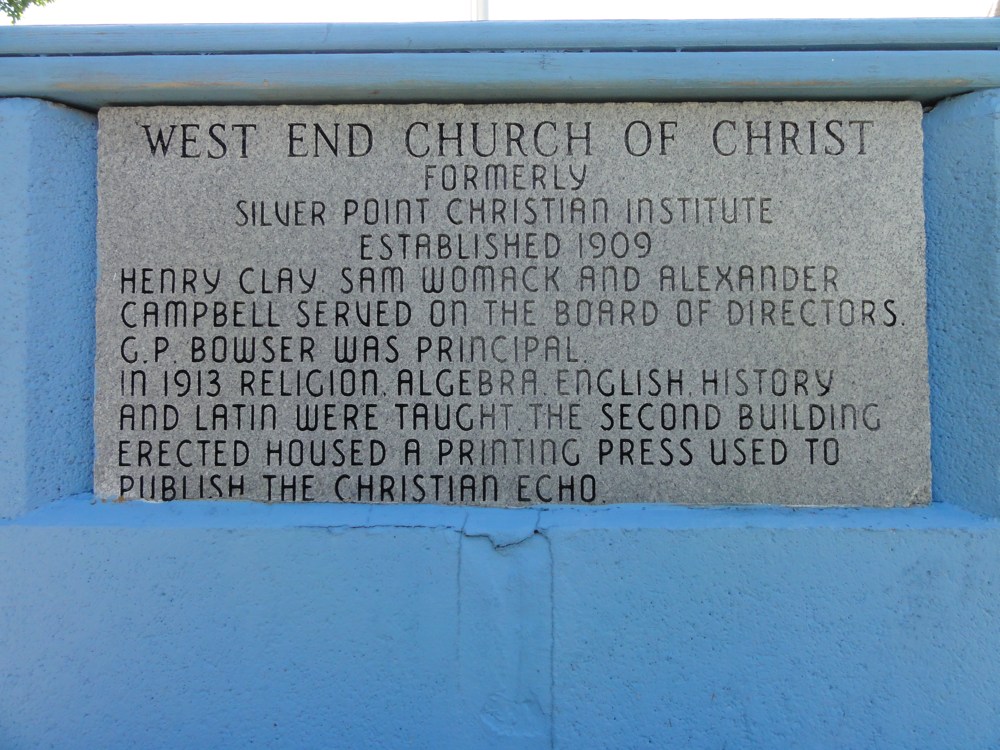 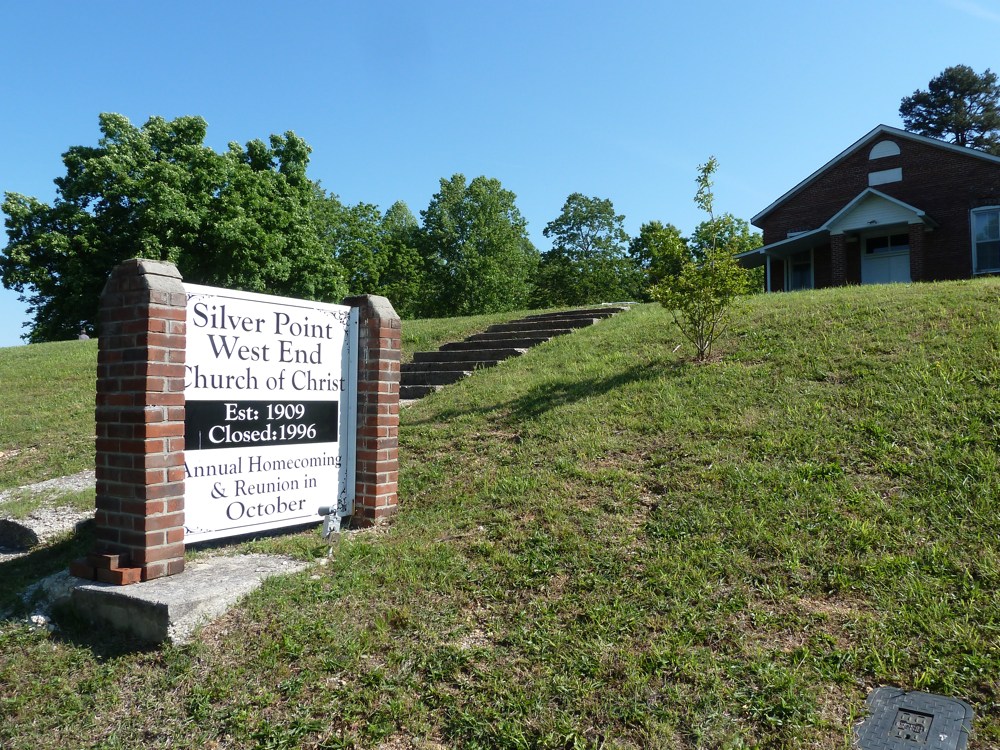 There were at least three buildings on this property at one time, the building you see and two others.
A few yards to the left of this worship center was the main school building, and in between the two was a print shop. 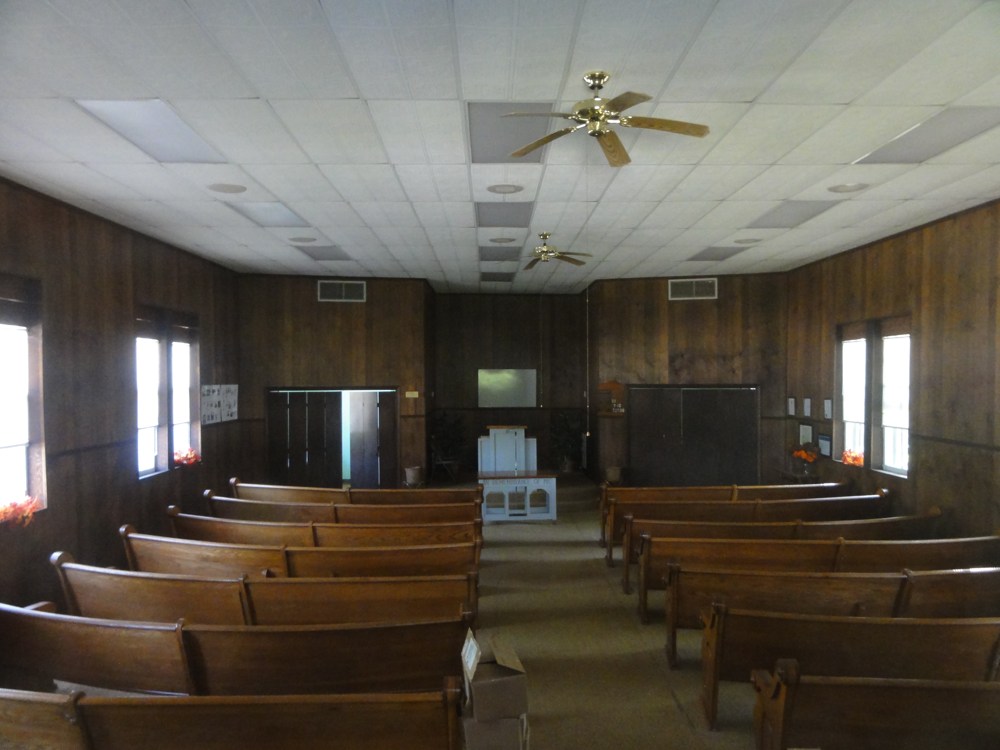