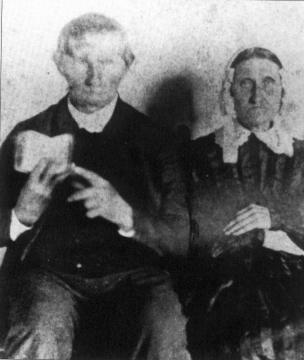 On the 8th of October, 1884, at 5 o'clock in the morning, Elder Seth Sparkman breathed his last. His parents moved from North Carolina to Nashville in the winter of 1796. There being no house vacant, they were to take shelter in an out-house that had been used for a stable, until other arrangement could be made. In this stable, on the 15th of January, 1797, Seth was born. In the course of a few years his father accepted a grant of some lands lying on the waters of Leiper's Fork, in Williamson County, Tenn., as pay for his services in the capacity of overseer while at Nashville. Upon this farm the Sparkman family were raised; and upon a portion of the same, the subject of this notice raised a family of seven children. On the 9th of July, 1822, he was united in marriage to Rebecca Latta, with whom he lived happily for nearly sixty-one years; she having preceded him a little over a year—April 20, 1883. On the first Lord's Day in March, 1831, he, with his wife, was baptized by Brother Andrew Craig, near Leiper's Fork meeting house, "for the remission of sins."

Bro. Sparkman was a man of unusual energy—always putting forth every effort to accomplish his undertakings. He lived a very active life—continuing to attend to his business up to within a few weeks of his death. Notwithstanding the vast amount of business he had to look after, he always found time for the reading of useful books, especially the Bible. There were few better posted in the general teachings of the Scriptures than he, being blessed with good sight, (which enabled to read good print without glasses all the time,) he studied them in turn. All who knew him were convinced that his mental energy and zeal were not a whit behind his physical. The work of the Master was always first. No earthly business was of too great importance for him to lay it aside to work in the Lord's vineyard. It seems that the true rule was exemplified by his life: "Live as if you expected to remain her, and be ready to go tomorrow." He was, seemingly, as much interested in his business up to the time of his sickness as ever before. His children had, during the past few years of his life, insisted that he should retire from his business, close up his temporal affairs and spend the remainder of his days in quietude; but his answer was: "Wear out, not rust out." It is only necessary to know the arrangements he had quietly made, to see, that while busily engaged at other matters, he realized that his time was short—that it was his duty to do what he could while here, and to have things ready to leave. he had earnestly requested that his burial equipages, coffin, etc., be made at home of the materials he had collected—that there be no unnecessary expense or show. He was regarded a great counsellor, and his advice and teachings were generally safe. He did a great work during his stay on earth, and the Lord blessed him with a good old age. His work, during the last years of his life, was mainly toward building up the various practical duties, especially the contribution. He, perhaps, had no superior in the much needed work of encouraging you men to preach the word, both by words of encouragement and by supplying their wants. He was every ready to go with them, talk with them, inspire confidence in those who needed it; at the same time he was not unmindful of their faults—kindly correcting little mistakes and checking those who might "seem" to grow too rapidly. The seed sowing that has been, and is being done by those started out through his instrumentality, eternity will reveal.

The influence he exerted over those with whom he came in contact was great. Few, even of those in his employ, remained long without obeying the gospel. In his conversation with them, he always had a word to say for the Master. No one could be long in his company and not learn something in regard to his position in matters of religion. In conversation, even in business matters, he usually found places to put in thoughts from the Bible. He had a double slab erected for himself and wife, with the full engraving except the date of his death. This is the inscription, "We have combatted a good combat; we have finished our course; we have kept the faith. Henceforth there is laid up for us a crown of righteousness, which the Lord the righteous Judge will give us that day." "They truly rest from their labors and their words do follow them." While we feel that we have sustained a great loss, we sorrow not as those who have no hope; for we believe that mother and father Sparkman sleep in Jesus, and that God will bring them with him. That we may all imitate their virtues and follow their examples for good while we are permitted to sojourn here, and finally be prepared to meet them in that blissful ohm, where the wicked cease from troubling and the weary are forever at rest," is our sincere prayer.

Direction To The Grave Of Seth and Rebecca Sparkman

The Sparkman Cemetery is located in southern Williamson County, a few miles SW of the city of Franklin. Head SW of Franklin on Hwy. 246 (Carter's Creek Pike). Turn right on Southall Rd. When it deadends turn left on Old Hillsboro Rd. (Hwy. 46.) Road will become Leiper's Creek Road. When arriving at Leiper's Creek Church of Christ, continue 4.8 miles. Turn right on Sparkman's Road. The Sparkman grave is in the SW corner of the cemetery. 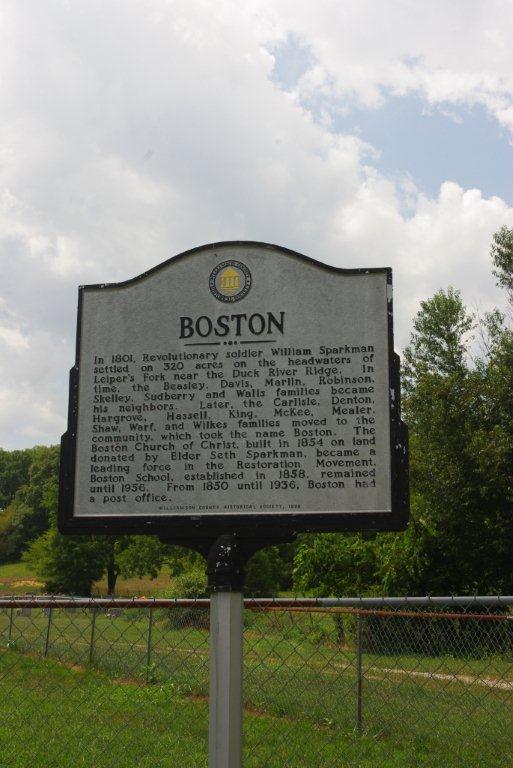 BOSTON
In 1801, Revolutionary soldier William Sparkman
Settled on 320 acres on the headwaters of
Leiper's Fork near the Duck River Ridge. In
time, the Beasley, Davis, Marlin, Robinson,
Skelley, Sduberry and Walls familes became
his neighbors. Later, the Carlisle, Denton,
Hargrove, Hassell, King, McKee, Mealer,
Shaw, Warf, and Wilkes familes moved to the
communiyt, which took the name Boston. The
Boston Church of Christ built in 1854 on land
donated by Elder Seth Sparkman, became a
leading force in the Restoration Movement.
Boston School, establishe in 1858, remained
until 1956. From 1850 untion 1936, Boston had
a Post Office. 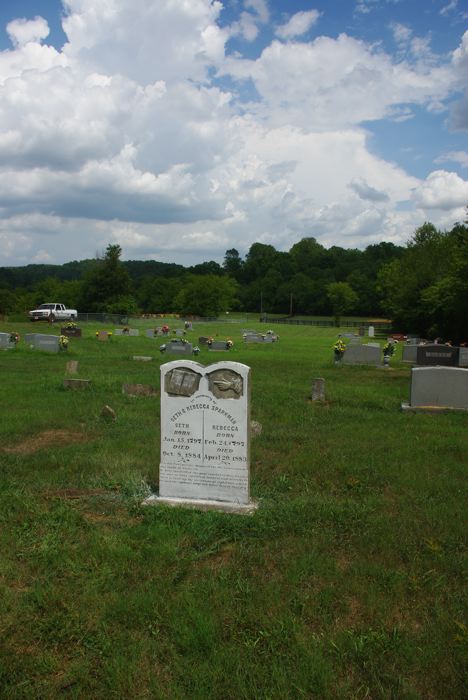 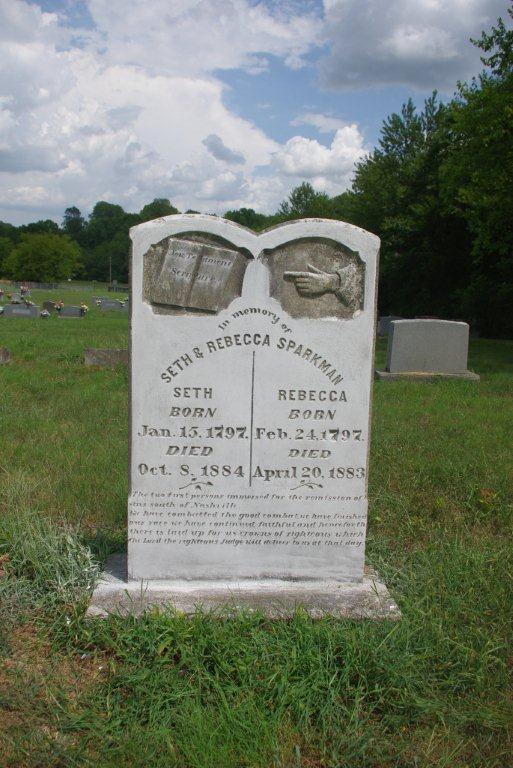 In Memory Of
Seth & Rebecca Sparkman
Seth - Born Jan. 15, 1797 / Died Oct. 8, 1884
Rebecca - Born Feb. 24, 1797 / Died April 20, 1883
The two first persons immersed for the remission of
sins south of Nashville.
We have combatted the good combat, we have finished
our race, we have continued faithful and henceforth
there is laid up for us crowns of righteousness which
the Lord, the righteous Judge will deliver to us at that day.

Special thanks are extended to Wayne Kilpatrick for locating the grave of Seth and Rebecca Sparkman. He took the photos you see on this site. Special thanks also to Suzan Gordon who provided the picture of Seth and Rebecca Sparkman. Note the picture above that shows Sparkman pointing to the Bible. Undoubtedly he was a committed man to the Word of God.