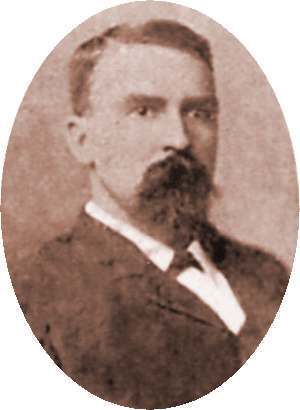 A truly good man is also a great man. The standards of the world do not make goodness and greatness synonymous, but no one can be truly great without being good. The subject of this sketch was a good man, and therefore a great man. There are other traits of character which helped to make him great.

F. D. Srygley was born on December 22, 1856, in the hill country of North Alabama. His parents were James H. and Sarah J. Srygley. They lived at Rock Creek, in Colbert County, Ala., when F. D. Srygley was born. His mother was the daughter of a Cumberland Presbyterian preacher. She was a pious, good woman. Both his parents were honest toilers and lived a simple, frugal life; so their children were nurtured in industry and learned the valuable lessons of economy. F. D. grew up with small advantages of an education; however, he was endowed with a strong intellect and a yearning desire to acquire knowledge. He took advantage of the few opportunities that he had and made rapid progress in his education. He entered Mars' Hill Academy and studied under the late T. B. Larimore. He became a Christian in August, 1874.

Brother Srygley was a close student of the Word of God. He never doubted it for a moment. He began preaching the gospel soon after he became a Christian. He was logical in presenting his subject, and, above all, he was Scriptural in his teaching. He had no theories to preach; but he loved the truth of God, and loved to preach it. His style was simple and direct. The common people understood him and loved him. His labors were largely among the country people. No church or community was denied his services because of lack of funds. He said that the large and wealthy churches could get almost any preacher they wanted, but that the weak churches could not; so he preferred to labor with the weak ones.

Brother Srygley was not only a preacher of great ability, but he was a ready writer. Early in his career as a preacher he began wielding the pen, and those who have read his writings know that he was mighty with the pen. He was editor of the Old Path Guide for some time. He was associated with the lamented F. G. Allen in publishing the Old Path Guide, and traveled extensively in the interest of this paper and increased its circulation very much. F. G. Allen established this paper in Louisville, Ky., in 1879. Brother Srygley and Brother J. C. McQuiddy were schoolmates in Mars' Hill Academy under T. B. Larimore. Through Brother Srygley's influence Brother McQuiddy became associated with F. G. Allen in editing the Old Path Guide. At that time the paper was giving its influence to organized mission work as an expedient for preaching the gospel.

In November, 1889, he became one of the editors of the Gospel Advocate through the influence of Brother J. C. McQuiddy. When he began his work of writing for the Advocate, he held to his views of organized mission work as expressed in the Old Path Guide. He was asked to write in the Advocate against the missionary societies. He would not agree to do this, but did agree to be true to his convictions and follow where the Bible led him. He also agreed to make a thorough study of this question from the light of Scriptural teachings. He really entertained the hope that he would teach those who were opposed to societies the error of their way, but he soon found that there was no authority in the New Testament for such organization. He studied the question earnestly and prayerfully, and finally reached the conclusion that organized human societies, other than the local congregation, for the preaching of the gospel, were sinful and should be condemned. He had the courage of his conviction and began writing with emphasis about the New Testament church, together with its organization and mission. He studied the church from every angle as revealed in the New Testament. He wrote much about it, and no one of his day, and probably no one since his time, had a clearer conception of the New Testament church and its mission than did F. D. Srygley.

In writing of the New Testament church, he expressed frequently and clearly the great truth that "one cannot be a Christian and not belong to the church, for the reason that the same process that makes one a Christian constitutes him a member of the church." He emphasized that the church is the household of faith, or family of God, and, as such, includes all Christians; that the church is the body of Christ, and every Christian is a member of it. He continued teaching on this point until the readers of the Advocate of that generation learned the lesson well. He bad no apology to offer for repeating this fundamental truth. He said: "To hammer constantly on one point is both tedious and monotonous, but no man can drill a hole in a hard substance without hitting many licks in the same place." He further said: " It has been urged in these columns, in season and out of season, for several years, that the popular denominational idea that folks can be Christians without belonging to the church is contrary to the plain teaching of the New Testament." Brother Srygley met every phase of error on this principle and refuted it. All opposition to this central thought of the church and the process of becoming a Christian was doomed to fall when attacked by F. D. Srygley.

Brother Srygley's permanent work for the cause of Christ consists in the main in the books which he wrote. All of his books are worthy a place in the library of any home. They are as follows: "Larimore and His Boys," "Seventy Years in Dixie," "Biographies and Sermons," and "Letters and Sermons of T. B. Larimore." Since his death his able and gifted brother, F. B. Srygley, has compiled many of the editorials published in the Advocate into book form, bearing the title, "The New Testament Church." Brother Srygley was first-page editor of the Advocate for a little more than ten years, and occupied this position when he died.

Brother Srygley died on August 2, 1900, at his home in Donelson, Tenn. His lifelong friend, the late T. B. Larimore, preached his funeral. His body was laid to rest in beautiful Mount Olivet Cemetery, Nashville, Tenn.

See Another Sketch On The Life Of F.D. Srygley

F.D. Srygley is buried in the Mt. Olivet Cemetery, Nashville Tennessee. The cemetery is located on Lebanon Pike, Southeast of downtown. Click over to Mt. Olivet for map and location of the grave in the cemetery. His remains rest in Section 14 - Lot #N1/2 of 211 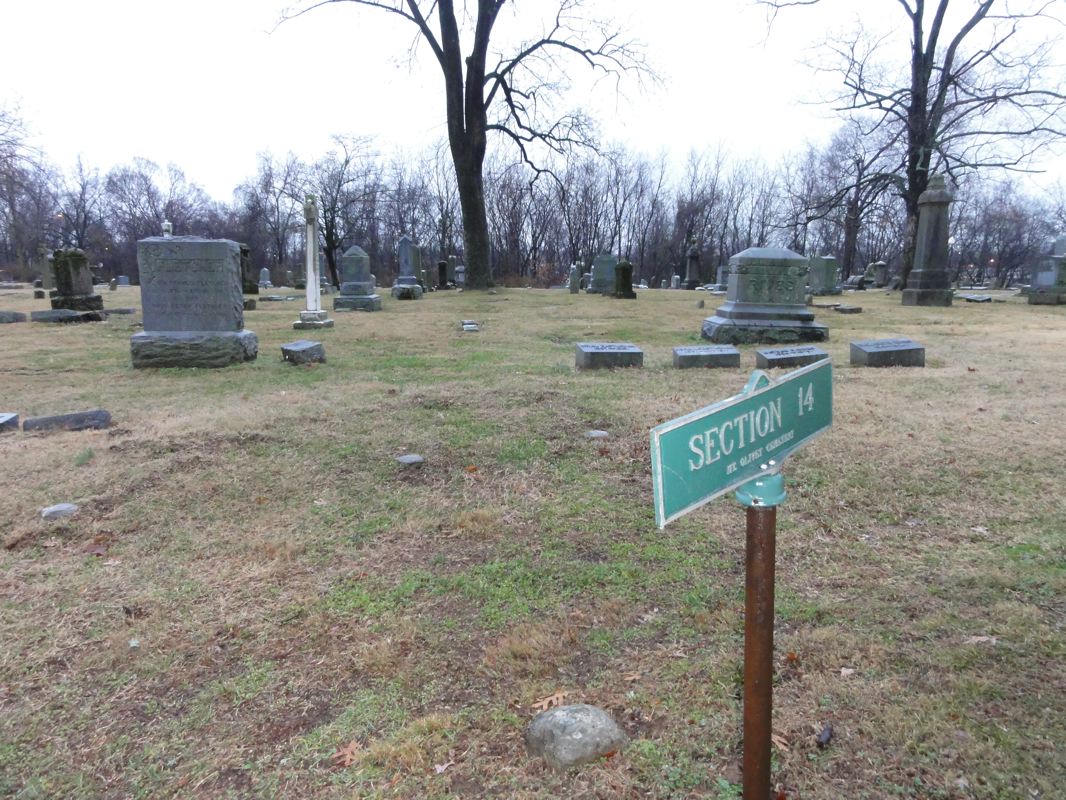 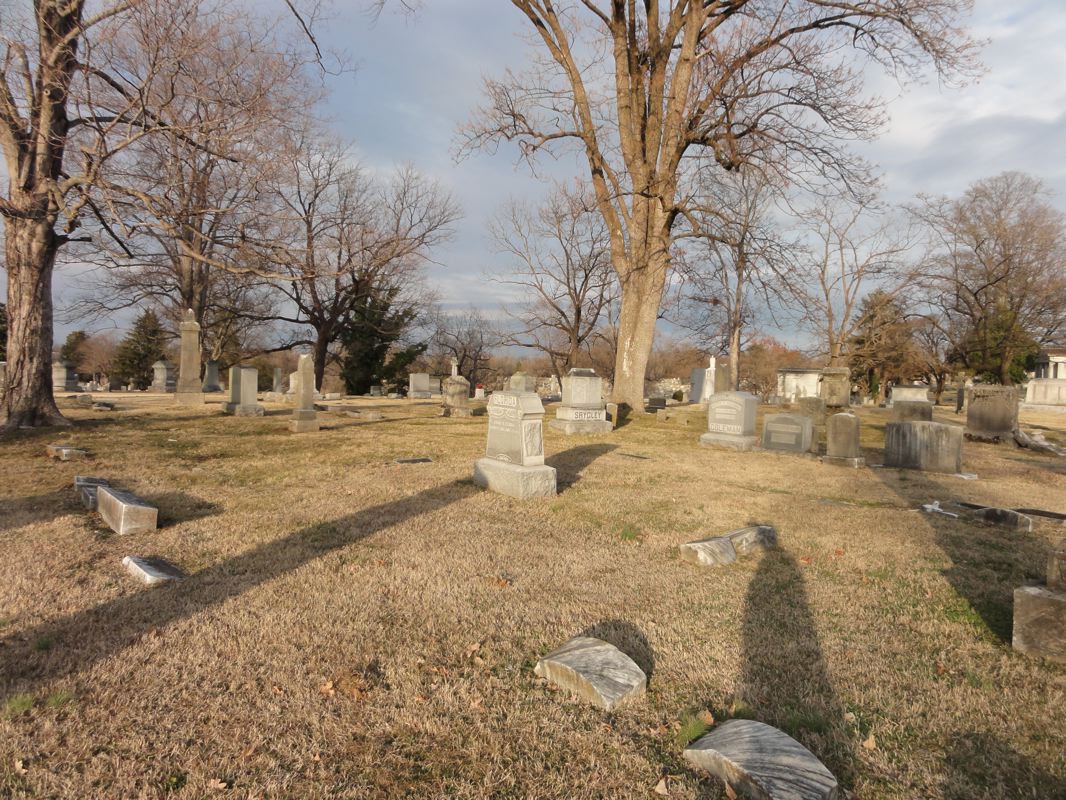 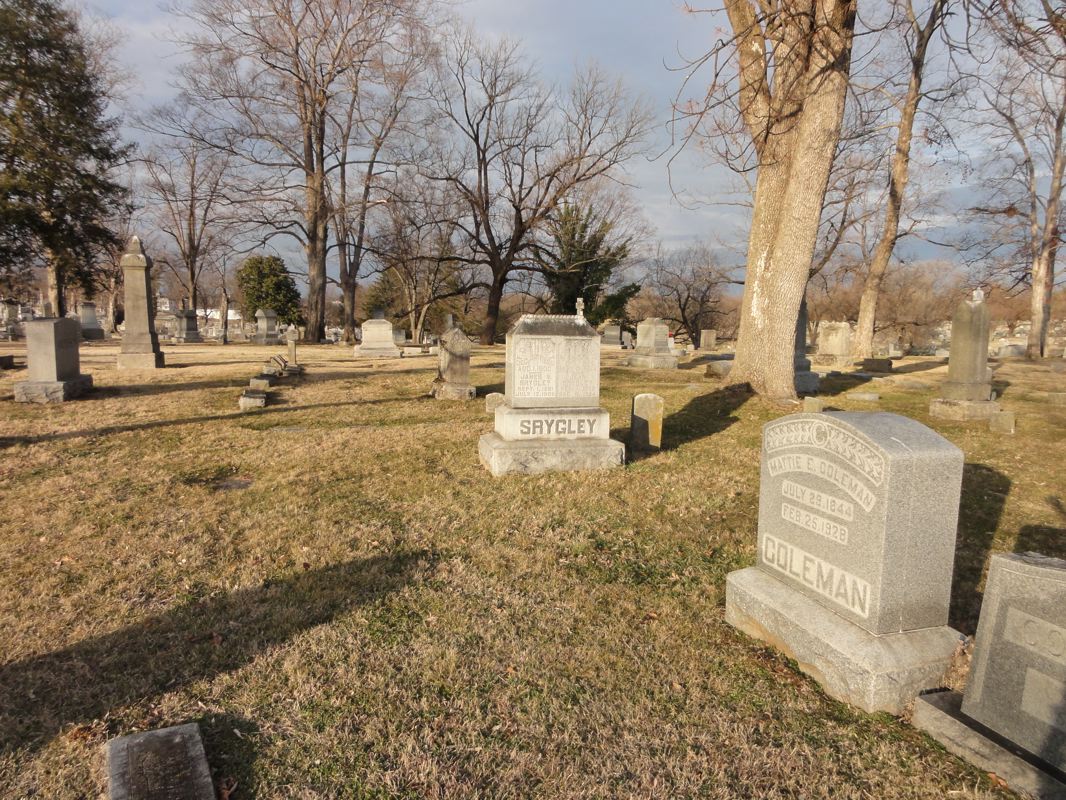 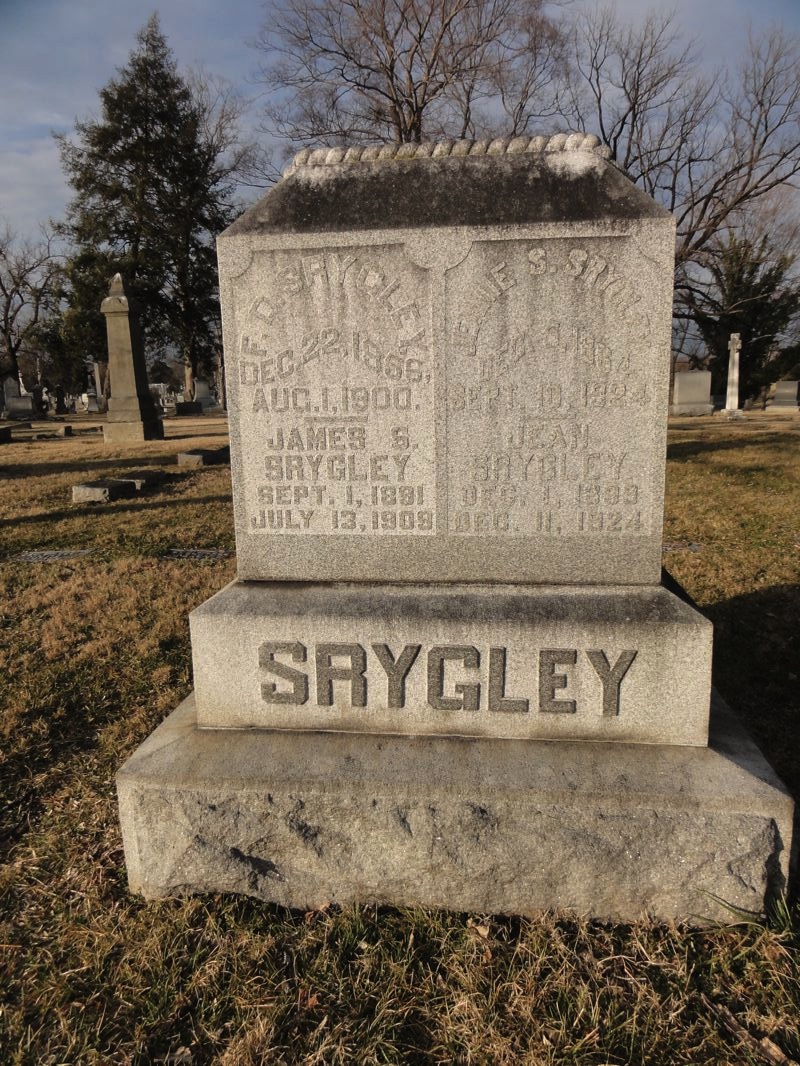 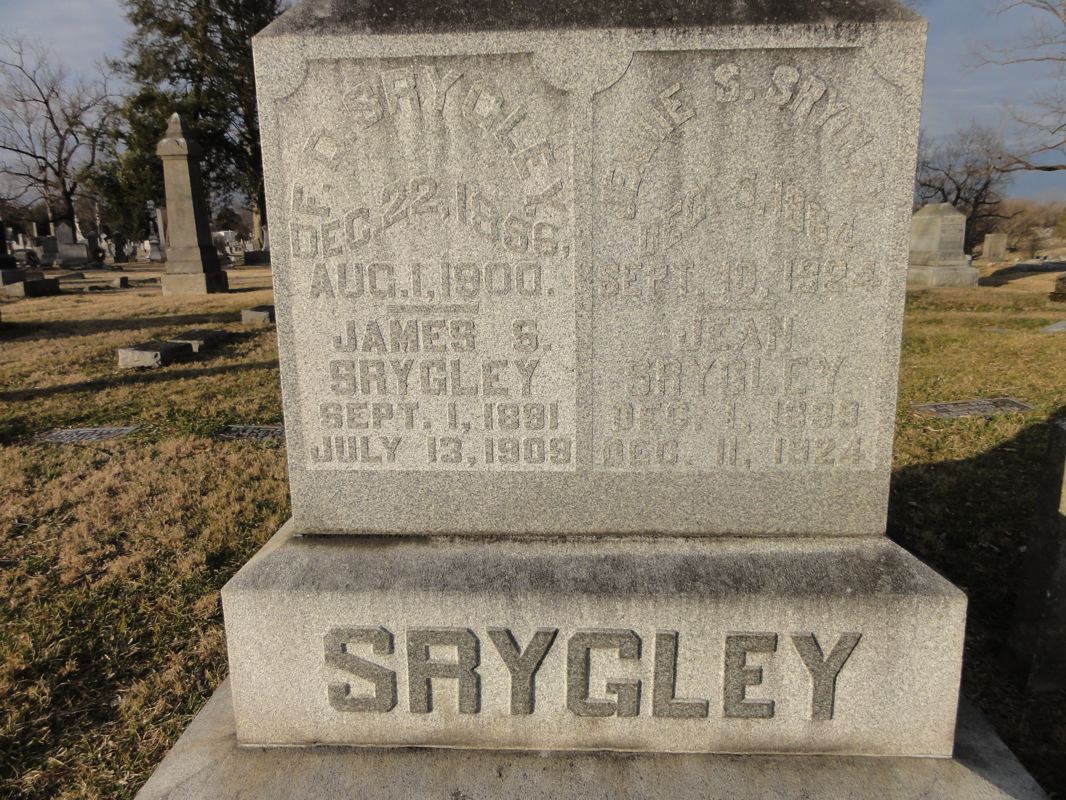 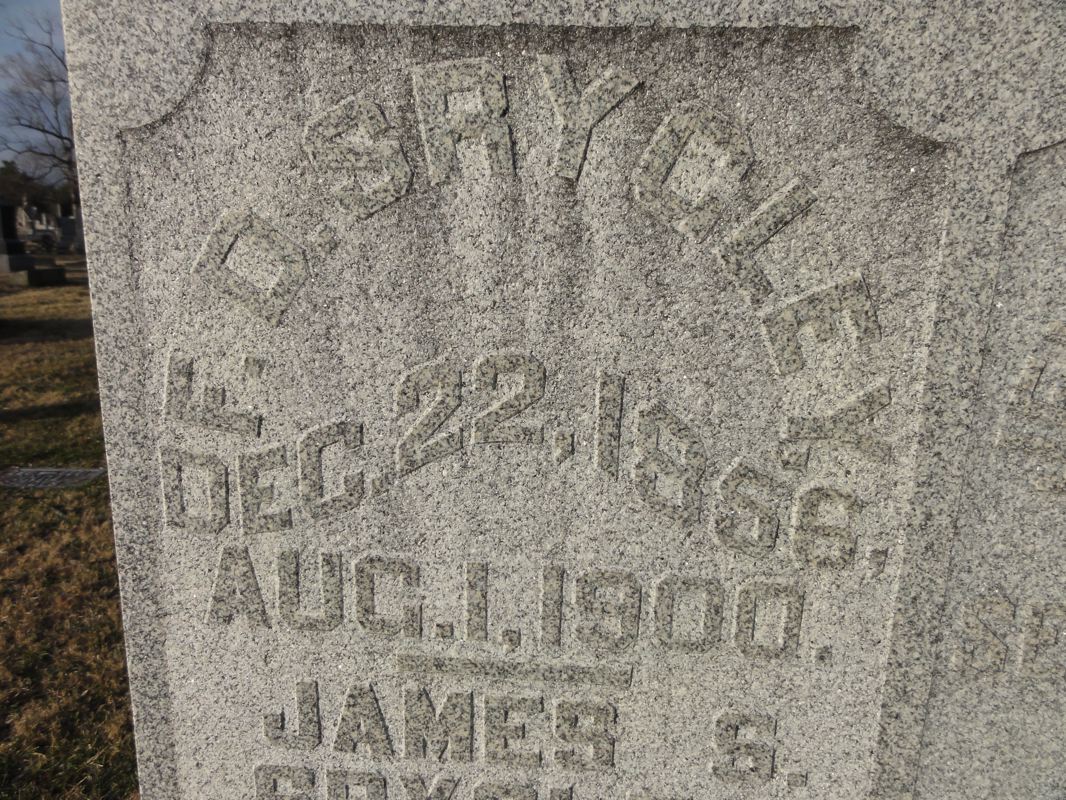