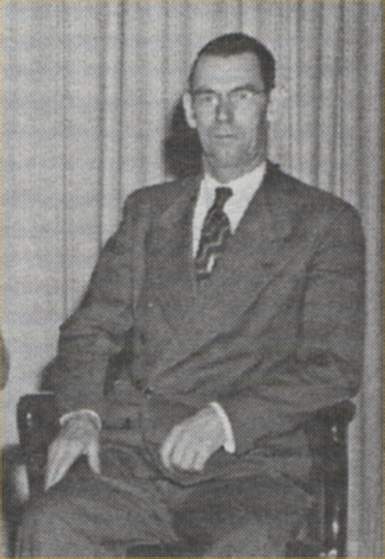 J. Ridley Stroop was born in Murfreesboro, Tennessee, March 21, 1897. He was baptized by H. Leo Boles in August of 1913. He married Zelma Dunn, and to them were born three children. He received his training at David Lipscomb College (now University) and Peabody College where he received his M.A. & Ph.D. degrees. He began preaching in Rutherford County, Tennessee in 1917. During his career he wrote some books, Why Do People Not See The Bible Alike?, 1949 and God's Plan And Me, Book I, Jesus' Mission And Method, 1950. He taught many years at David Lipscomb College. He taught Bible, and for a time was the head of the Psychology Department. He was registrar for eleven years, and dean of the faculty for one year. He is also internationally known as a psychologist for the "Stroop Test," a cognitive interference task that has been used in many psychological studies and is used to diagnose cognitive or psychological impairments. J. Ridley Stroop died September 1, 1973 and is buried in the cemetery at Woodlawn, Nashville, Tennessee.

Directions: Woodlawn Cemetery, Nashville, Tennessee, is located behind the 100 Oaks Shopping Center that faces I-65 just south of the I-440 Interchange. From 100 Oaks travel east on Thompson Lane and turn right at the first entrance to Woodlawn's South Side Park (across from main part of cemetery). Take the second left and then the first right. Lakeside will appear on your left. From the sign go south 9 rows and the grave is closest to the road.