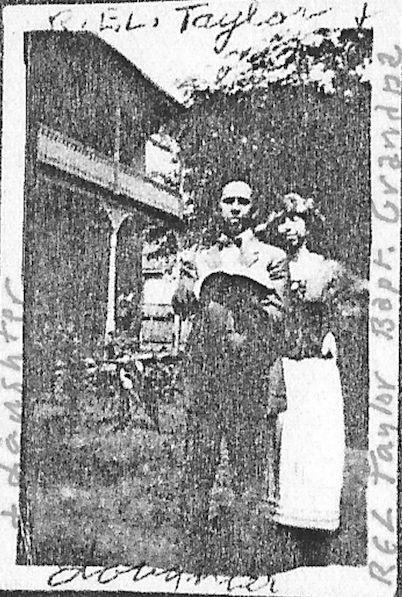 In my early work as song leader I was associated with a good number of ministers, one of whom was Robert E. Lee Taylor, of Decherd, Tenn. I met him first in his grocery store at Decherd about 1915 or 1916. Our friendship continued uninterrupted until the time of his going home. Being in falling health, he did his last preaching in January, 1943. Though under the doctor's care and in the hospital some, gradually he grew weaker. On the day of his death-October 25, 1943-he was up some, doing a little writing, retiring again about noon. Then at 2 P.M. the end came peacefully at home, where they had lived for years. Born in Coffee County, Tenn., November 14, 1870, Brother Taylor lived almost seventy-three years. On July 21, 1891, he was married to Miss Tennessee Ann Howk, of Grundy County, Tenn. Soon after this, when about twenty-two years of age, he obeyed the gospel under the preaching of Polk Sims. After a period of years in secular business, during a part of which time he was none too active in the church, through the encouragement of his friends he became more active and interested in the Lord's work, even making talks. In addition to the encouragement of his friends, a sad occurrence took place that, perhaps as much as anything else, influenced him to preach. During an electrical storm, his youngest son, Marion Gamer Taylor, at fourteen years of age, was killed. This son had urged his father to preach, saying: "Your friends want you to preach." Marion was perhaps the first to be buried in Mount Gamer Cemetery, at Decherd, for whom the cemetery was named. Soon after this, at about forty-four years of age, receiving calls to preach, he sold his business, in which he had been successful, and from then on gave his untiring zeal for twenty-eight years in eighteen states preaching the gospel.

Sister Taylor, though for years a sufferer from rheumatism, still lives. Two daughters (Mrs. Zora Ethel Leming, of Winchester, Tenn., and Virginia Delaware Taylor, at home with her mother), one son (Horace, of Nashville, Tenn., who also preaches some), together with one sister and two brothers, survive. Brother Taylor was devoted to his family, but he was away from home much. A very fine example of devotion to duty is seen in Dela's giving up her work to take care of her mother and later her father, which meant also the sacrificing of her health.

Funeral services were conducted from the church in Decherd, a short service being held just previously at the home at the request of Sister Taylor, a wheelchair invalid and unable to go to the church. Brother Taylor had arranged for most of the service, and we tried to carry out his plan. He requested H. Leo Boles and this writer to conduct the service, but Brother Boles, being away in a meeting, was unable to come. I led the audience in Some of the old songs he loved, such as: "There's a Land That Is Fairer Than Day," "A Charge to Keep I Have" (one he and I had often sung together), "Rock of Ages," and "Jesus, Lover of My Soul." A. R. Hill, then minister at Shelbyville, Tenn., read verses from Timothy pertaining to "a good minister of Christ Jesus"; Allen King, of Shelbyville, led in prayer; E. W. Stovall, minister at Winchester, Tenn., talked briefly; after which I made a short talk. Brother Taylor's body was laid to rest beside that of his son in Mount Garner Cemetery.

The neighbors were kind in their ministrations, as were the brethren and friends in the floral tributes, and the brethren from many places where he had labored sent numerous messages of good wishes and sympathy, many of them accompanied by contributions of money, all of which were truly appreciated by the family.

Brother Taylor preached the gospel because he loved the Lord and his word and the church. His preaching was characterized by strong convictions, a sincere love, deep devotion. and a hope that never failed. He worked hard in his preaching, putting his very soul in every sermon, waxing fervent in his appeal. What he· lacked in formal schooling and early training for preaching he made up in his zeal. He was characteristic in his delivery, using his own manner. His meetings were characterized by large, interested crowds, with numbers obeying the gospel, sometimes as many as twenty-five to fifty and more in one meeting. I am confident the number he baptized ran into several thousand. He was strong on first principles and right living. He loved the souls of men. Nothing pleased him more than to see people coming to the Lord and then living right afterward. With an abiding faith he depended upon the power of the word to save, which, coupled with his keen, natural insight into human nature, and a wise use of a wholesome sense of humor made him a successful evangelist. While he served several churches in full-time work, his forte was in revivals, especially holding meetings in hard places. He did not cull his places to preach, and, with little or much support, he lived economically and preached on.

Brother Taylor did much personal work during his meetings, In my work with him we would go together visiting. I admired him in his talks with people reasoning about the Scriptures, and urging them to accept the Savior. I thought he did a good job of it, both in his approach and method. He was plain, but not offensive. He never forgot and always appreciated an answer I gave to one who had criticized his speech, perhaps a mispronounced word or a grammatical error. My reply was: "But I do not notice that for I listen to the gospel he is preaching." The person evidently told him. It was always a source of encouragement to him, And he was a help to me in many ways. He encouraged me in preaching and complimented my singing. He also encouraged and helped others in their service to the Lord. He labored abundantly, and many will miss him; but we hope to meet him "some sweet day" where God's "servants shall serve him" without the frailties of the flesh.

Though he began preaching comparatively late in life, he lost no time in his work. A large part of the twenty-eight years he was in demand for meeting work almost continuously, In these days we can ill afford to give up faithful gospel preachers, for "it pleased God by ... preaching to save them that believe." He appreciated the urgency of the matter, and energetically preached the word "in season, out of season."

(I regret some delay through pressure of work in preparing this obituary; but since the good men do is not "interred with their bones," for "their works do follow them," the proper eulogy of a good man is always timely.)

Directions To The Grave of R. E. L. Taylor

Dechard, Tennessee was the home, and now resting place of the remains of R. E. L. Taylor. Dechard is located near Manchester in south central Tennessee. From I-24. Take Exit 127 and head west on Hwy. 64 toward Dechard. When arriving in town turn right on Hwy. 50 (Warren Chapel Rd.) The road will dead in to Main St. Keep following Hwy. 50 as it makes its way into town on E. Main St. (Hwy.50). Continue right through town 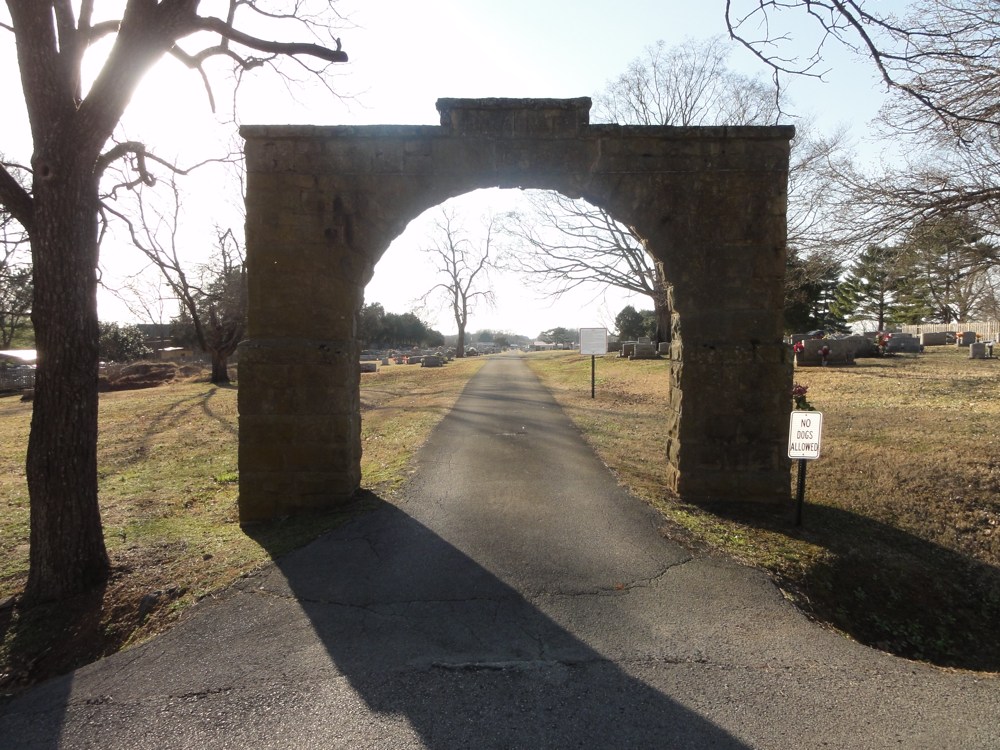 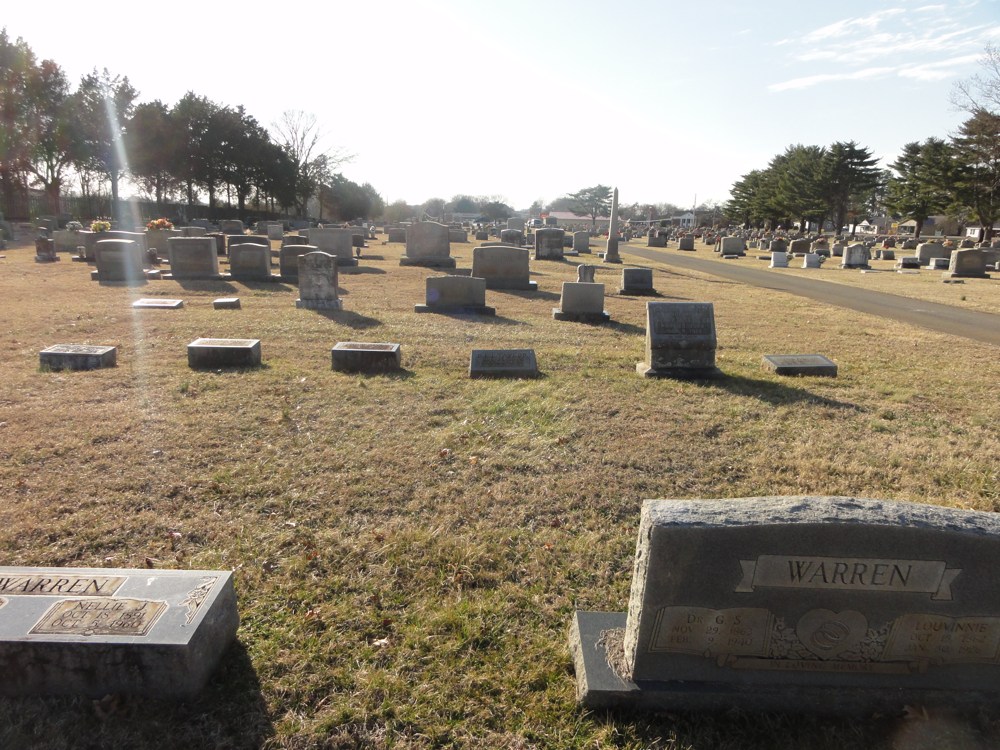 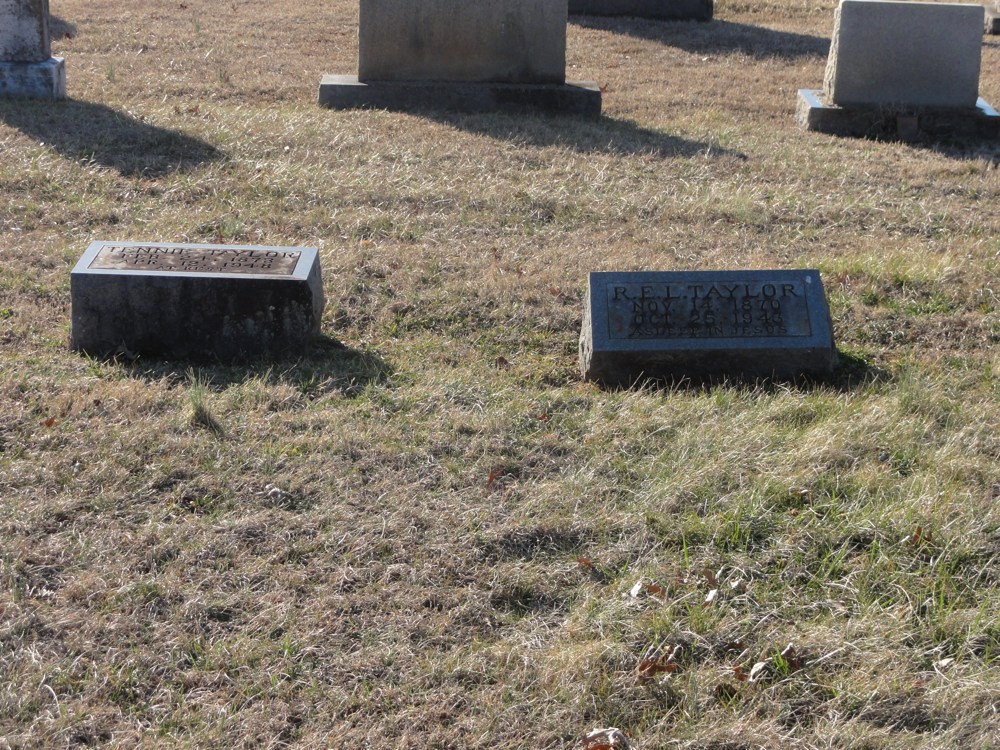 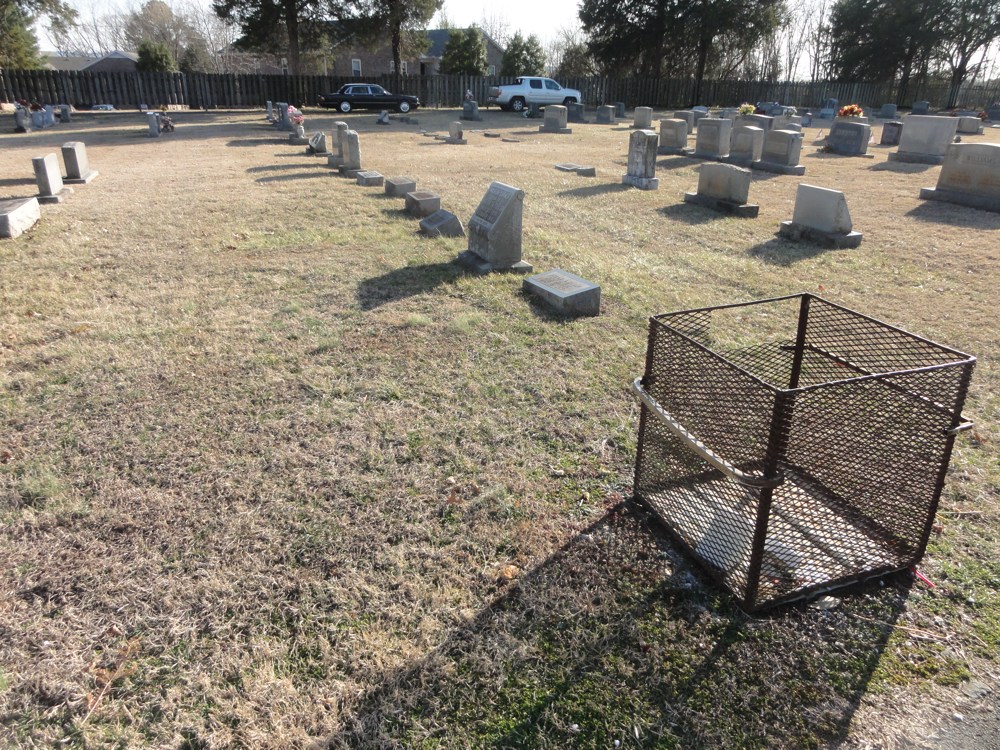 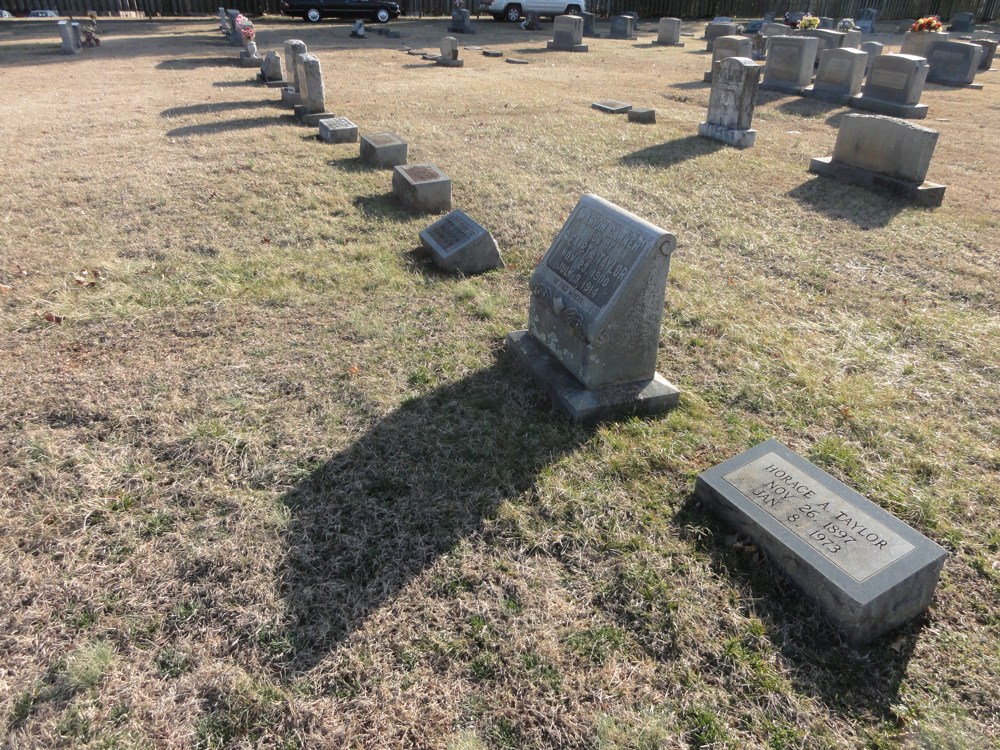 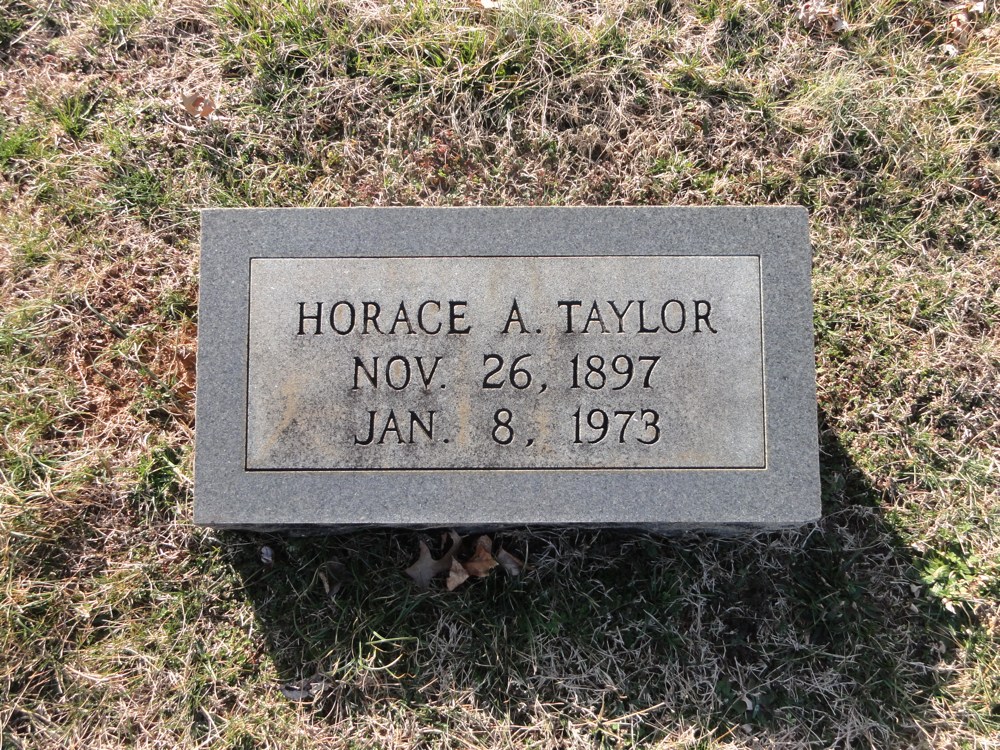 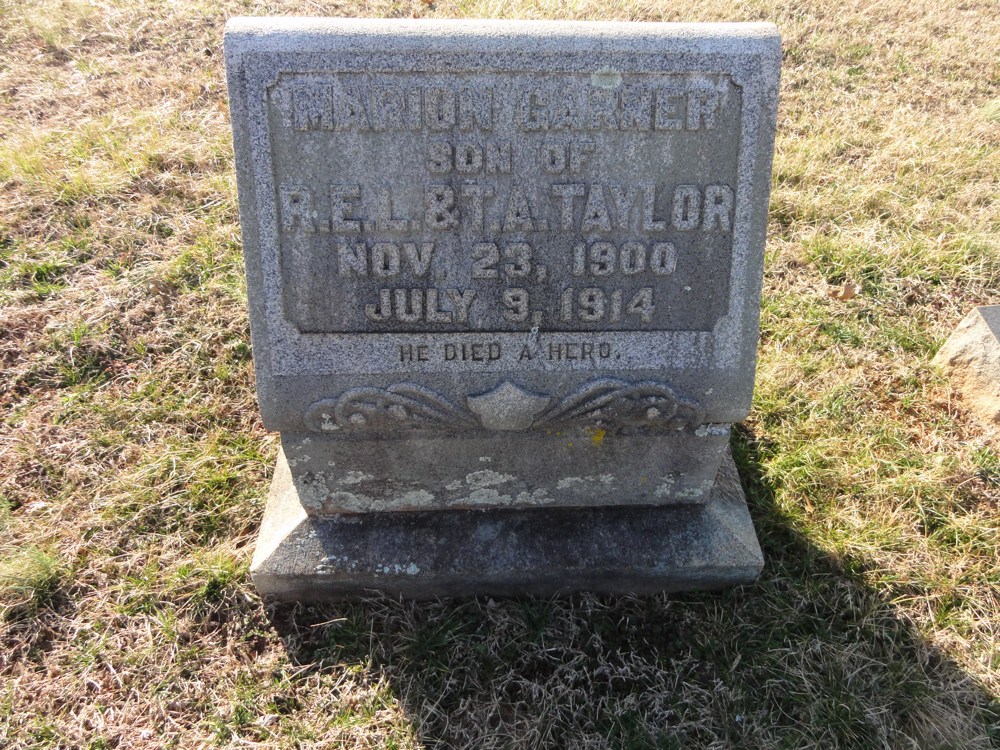 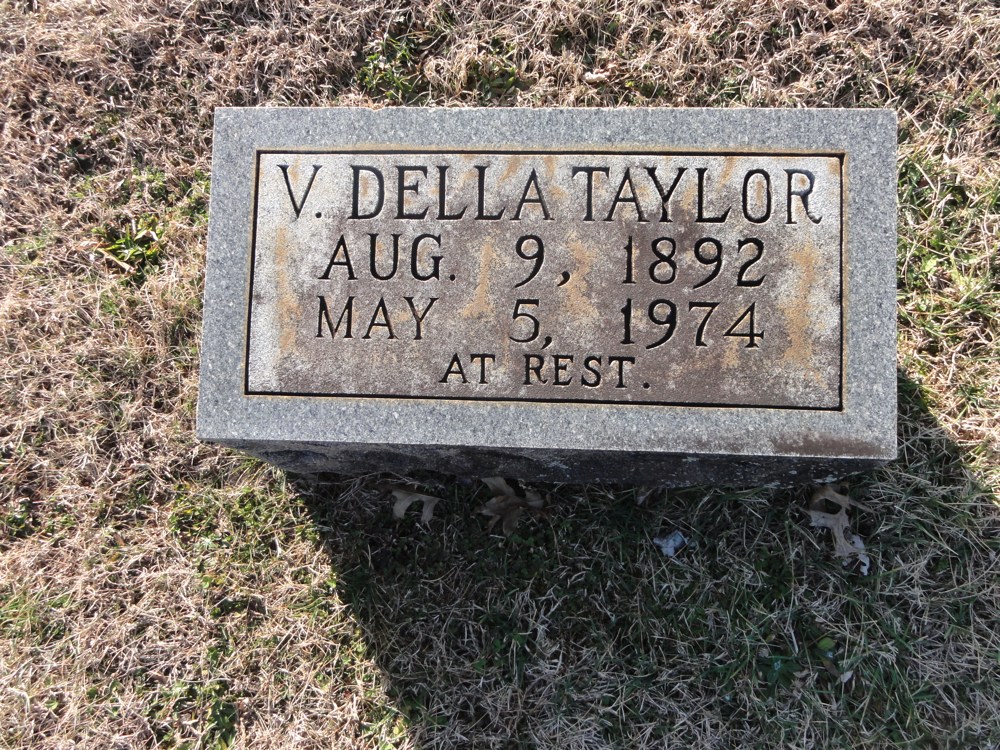 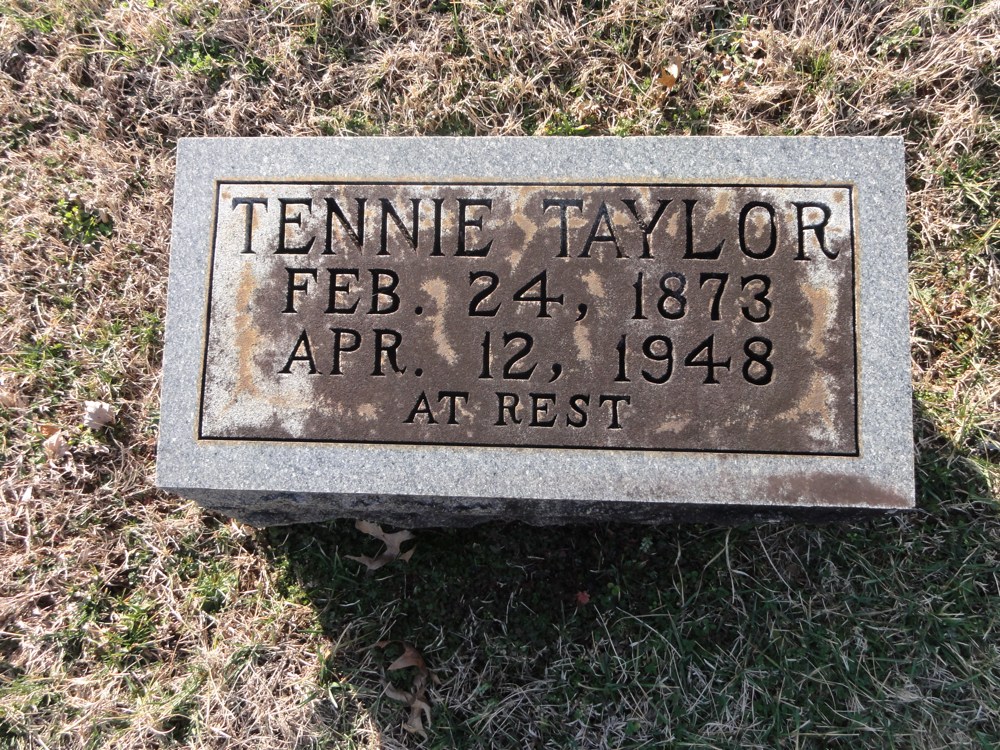 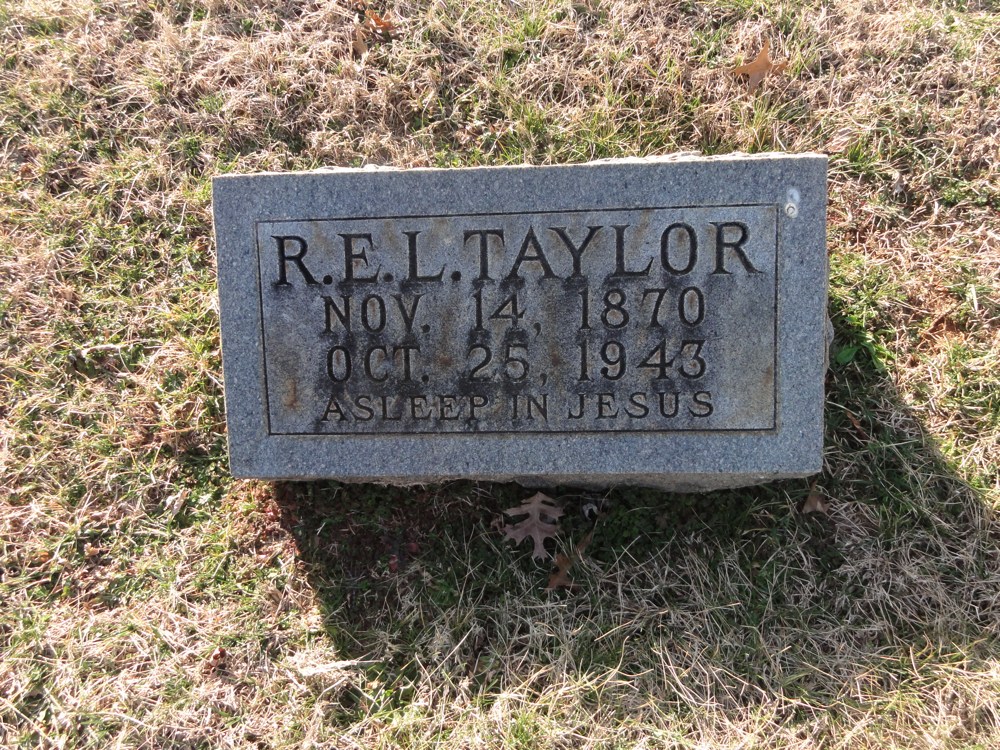 Special thanks to C. Wayne Kilpatrick for the assistance in procuring location and photos of the grave of R. E. L. Taylor. Wayne traveled with me in late February, 2014 while making our way to Knoxville for a lectureship program.

Also, thanks to Christopher Johnson, Grandson of Leonard Johnson, who, on 01.27.2021, sent in a photograph of R. E. L. Taylor that he found in his grandmother, Bernice's scrapbook. It was a photocopy of a photocopy, but we will take it!!