Among the early pioneers to the Watauga Settlements from Shenandoah County, Virginia, was the Tipton family. Major Jonathan Tipton was likely the first of the name here, and in 1782, his brother, Col. John Tipton. who had served as a captain in the Revolutionary War in Virginia, was accompanied by his wife and children to the new country. Although the father served as a vestryman in the Church of England, Samuel, the oldest son, brought with him a letter from the Shenandoah Baptist church, dated September 6, 1783 and signed by James Ireland, Moderator. This was placed in the newly organized (about 1785) Sinking Creek Baptist church. The first child born to 8anmel and Susannah Tipton on October 14, 1792 was a son who received the name of James Ireland Tipton. Born in Elizabethton, which town was later laid off on the lands of Samuel Tipton, whose property extended from the present rayon plants up Watauga river to the Carter Islands, taking in the present bounds of the city of Elizabethton. Samuel Tipton died in 1833 while his wife survived him until 1853, dying at the ripe age of 85 years.

James Ireland Tipton lived, married, raised his families, and died in Elizabethton, where his old home stands today, yet very little is today known of his early life, except that he farmed and was a minister. The family tradition called him a “circuit- rider” preacher. There is no record of his membership in the Sinking Creek Baptist church, yet he must have belonged to some congregation, several of which were organized by his father Samuel. His second wife. Joanna Gourley was a member o£ Sinking Creek, and he was married to her in 1824 by Rees Bayless, a Baptist minister.

James I. Tipton likely came under the influence of Elder James Miller of Boone's Creek, whose preaching the Restoration Principles stirred upper East Tennessee, for an early Treasurer's Book of Buffalo Creek kept by Michael Hyder in 1835 lists Tipton as contributor. An interesting item is the contributions of his black woman, Mary. This old slave had a home in his yard and lived to an old age. A note from Boone's Creek Christian church gives the Buffalo Church a date of 1834, with Ira Howard as clerk then, yet the obituary notice of Brother John Wright lists his joining the Buffalo Creek church on June 24, 1832. Old settlers claim that Buffalo was organized by Tipton who did minister to that church as others in the vicinity. Union church in the Cherokee settlement was organized in 1835. We find that Tipton baptized Thomas Jefferson Wright in 1841, and the county records show marriages performed by him as Minister of the Gospel in 1852. Little definite has been preserved of his direct labors, but is certain that during those days just preceding the Civil War that he made no small contribution to the spread of the Restoration doctrine in these parts. His old family Bible, backless today, and a handsome cherry secretary, are the prize possessions of a great granddaughter-Mary Hardin McCown, the writer of this tribute.

James Ireland Tipton died January 20, 1861 in Elizabethton, and was laid to rest beside his first wife in Green Hill Cemetery, near the present Rayon plants. This was the family burial plot of his father Samuel Tipton. His descendants have filled places of honor and responsibility and have done their part in the building of our country today. The theme of the life of our pioneer preacher is most aptly expressed in the epitaph on his monument: ''I am now ready to be offered.''

Biographical Sketch On The Life Of J. I. Tipton

James Ireland grew up, married, lived and died in this scenic section of

Poor health ended Tipton's active preaching career. But from his sick bed he delighted to tell his visitors about the Cause he loved.5 [5 Footnote McCowan, History of the First Christian Church, Johnson City, Tennessee.]

Brother Tipton died January 20, 1861, in Elizabethton and was laid to rest in the Samuel Tipton Family Cemetery, now called Green

Directions To The Grave of James I. Tipton

James Ireland Tipton is buried in the city founded by his father, Elizabethton, Tennessee. Traveling east of Johnson City, Tennessee on I-26, go to Exit 31. [U.S. Hwy. 321 N (State Rt. 67)]. Coming into Elizabethton go past the Sycamore Shoals Hospital (The road at this point is called West Elk Ave.). You will pass the Walmart on the left with the old abandoned Bemberg Plant behind (as of 2003). Turn left past Walmart on West Mill St. There should be a Days Inn Motel on one corner. The road will curve to the right, but you should see Tractor Supply ahead. The cemetery is just to the right of the building in a field. The grave is about in the middle of the cemetery at the back from where you enter. The Green Hill Cemetery is also known as the Samuel Tipton Family Cemetery. Samuel was the founder of Elizabethton. Just behind Samuel's grave is that of James I. Tipton. 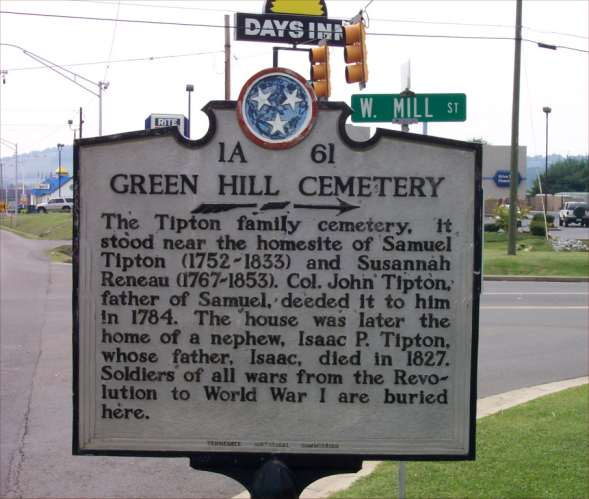 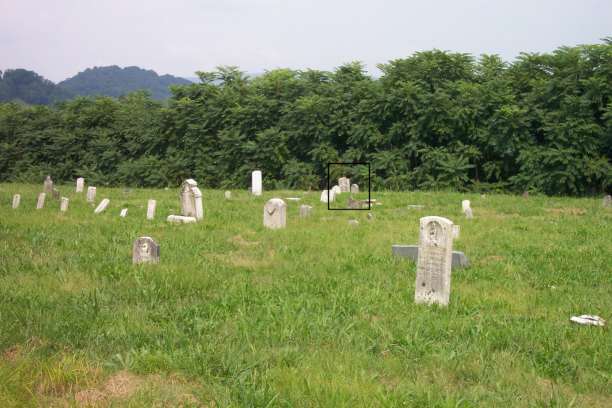 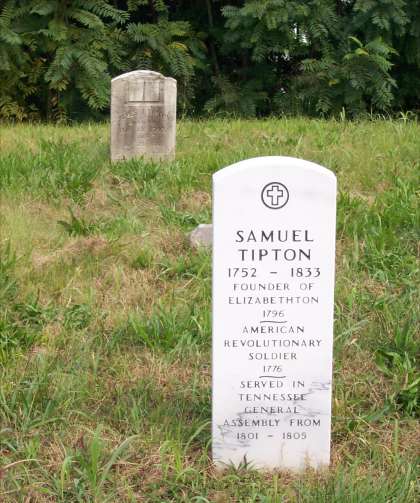 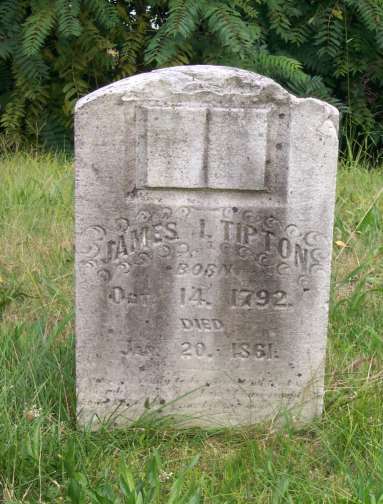