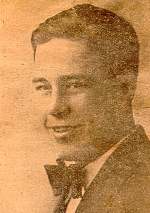 Brother Banister was well known in the Dallas-Ft. Worth area. In the mid-fifties he was instrumental in beginning one of the first Sunday morning weekly religious programs on television, which continued on channel 4, KRLD in Dallas until 1992. Thus, decades passed that John delivered the Bible lessons on that telecast, his face and voice became well-known throughout the metroplex.

He made a lasting and eternal impact on the lives of thousands of people.

In addition to his pulpit work and TV programs, John carried the gospel not only across America in gospel meetings, but to numerous foreign countries. He preached in Japan, Hong Kong, Thailand, the Philippines, and South Africa. He was one of the most able preachers in our brotherhood.

John was invited to give the first annual series of Lectures on Preaching at Abilene Christian College (University) in 1951. He was a great student of the Bible, and in his later years he did much daily reading from God's Word.

He was married to Marybel Miller on September 22, 1933 in Utopia, Texas. In addition to his wife, he is survived by two sons, Bill and John, and one daughter, Joan Thompson, seven grandchildren, and two great grand-children, besides other relatives.

The funeral was conducted at the Skillman building May 2, with a long-time friend, Hulen Jackson, conducting the services. Later burial was in the Waresville Cemetery, Utopia, Texas on May 4. John and I had been close friends since we first met in Oklahoma in 1934. I deeply regret that I was out of the city at the time of his passing in a gospel meeting and did not get to share in his memorial service. 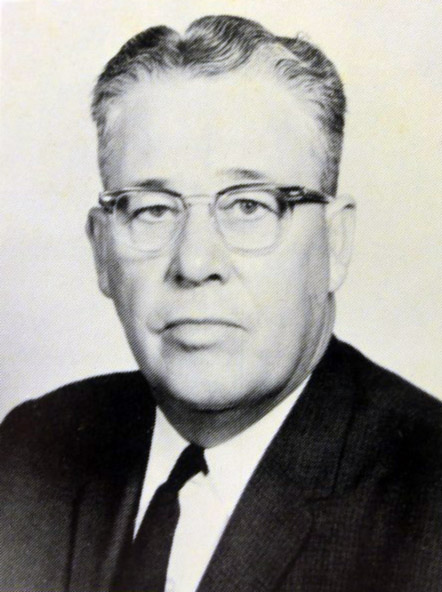 John H. Banister
The Face Of Churches Of Christ In The
Dallas-Ft. Worth, Texas Region For Nearly 40 Years
Sunday Mornings On KRLD TV - 1956-1992 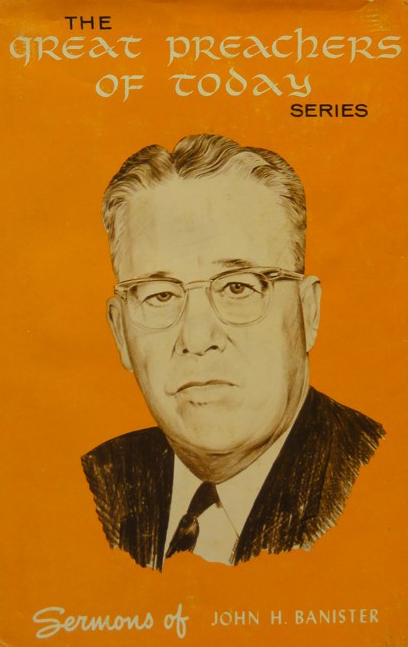 John H. Banister was born in Thalia, Foard County, Texas, on Apnl 20, 1910. His father was an elder '" the congregation there, and the hospitality of the family home was always open and used by visiting preachers.

Brother Banister attended Harding College from 1927 to 1929, and, while a student there, preached his first sermon in 1928 at a small rural church near Morrilton, Arkansas. He taught an the Thalia public schools for three years, at which time he also preached for the home church and later was the regular minister for the church at Nocona and Memphis, Texas at Elk City, Oklahoma, and then served for 10 years with the Culbertson Heights (now Mayfair) congregation in Oklahoma City, Oklahoma, until 1948. He has been minister for the Skillman Avenue church in Dallas from September, 1948, until the present time.

He has spoken on the KRLD radio station of Dallas each Sunday morning for over 16 years and since 1956 has been speaker on "The Way of Truth," a TV program sponsored by Dallas area congregations. He has been a frequent lecturer at most of the Christian college lectureships and has held meetings in 40 different states. His schedule permits five meetings each year. He was the first person to give the annual Lectures on Preaching at Abilene Christian College in 1951.

In 1963 Brother Banister was invited to be the speaker for the Far East Fellowship in Tokyo, Japan. His wife made this trip with him. On this tour he held meetings at Bangkok, Thailand, Honolulu, Hawaii, Hong Kong and Manila.

In 1933 he was married to Marybel Miller of Utopia, Texas. and they now have three children: Bill, who was graduated from Abilene Christian College In 1957 Joan, now Mrs. Bobby Gene Thompson of Conroe Tex: as, an ACC graduate of 1959 and the mother of the Banister’s granddaughter, Melissa; and John H. Jr., a student on Woodrow Wilson High School of Dallas. 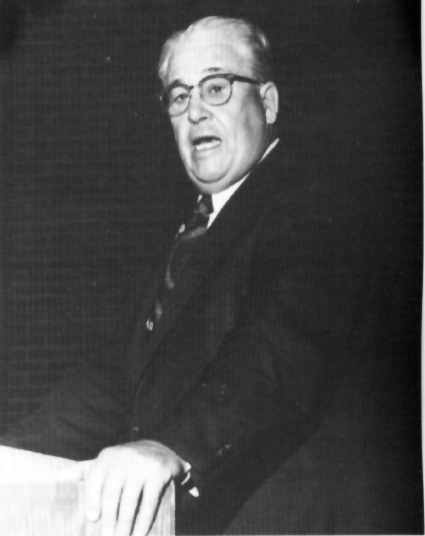 John and Marybel Banister are buried in south Texas town of Utopia. Utopia lies just a several miles west of San Antonio. Travel west from San Antonio on Hwy. 90. Go about 60 miles to Sabinal and turn right on Hwy. 127. Go about 1.3 miles and continue straight ahead on FM187. Go 19 miles and turn left on Co.Rd. 360. Go .2 miles and bear left as the road forks. Continue to end and turn left. Enter cemetery to your left. The Banister grave is just inside the gate and on the right next to the drive. GPS Location of grave: D.d. 29.595573,-99.525991 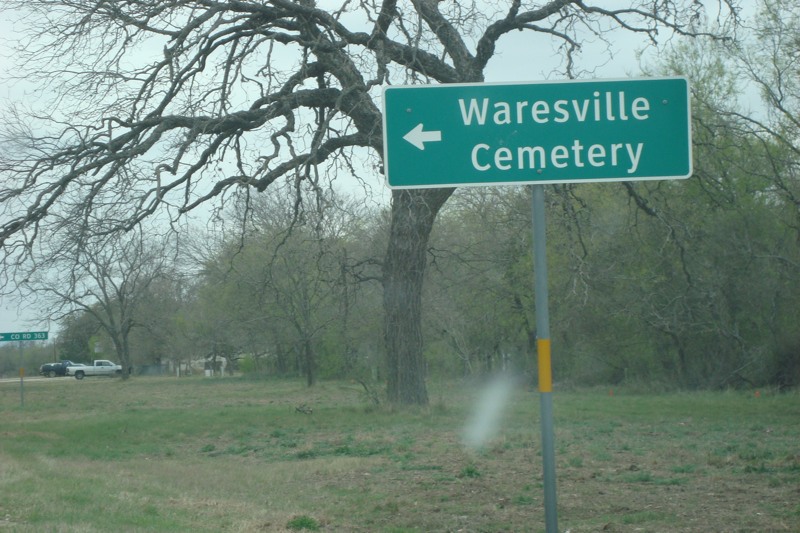 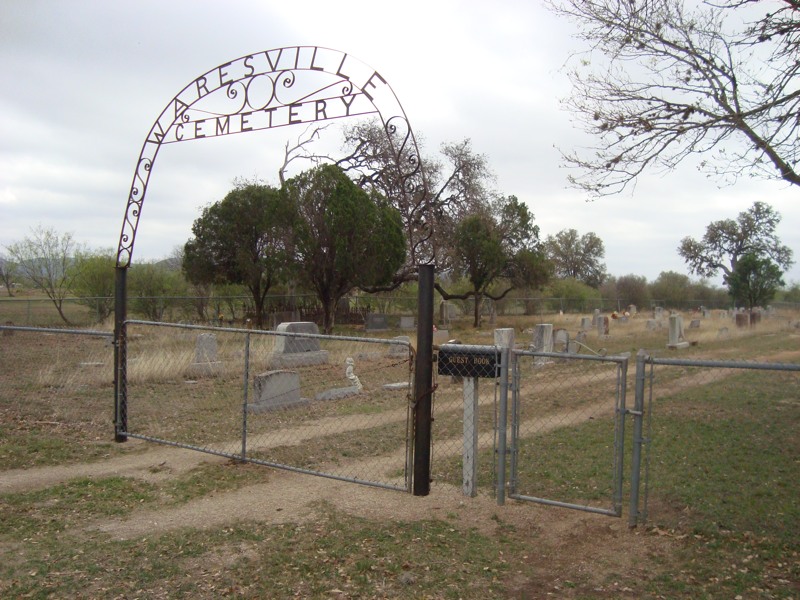 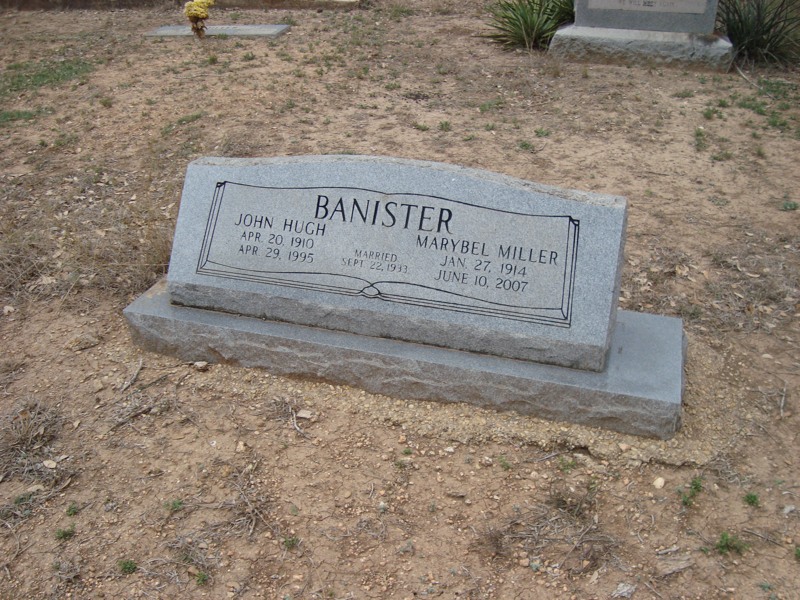 Special thanks are extended to Kirk Castleman of Utopia, Texas. Kirk is the minister for the Utopia Church of Christ in Utopia, Texas. His contact with your web editor in early March, 2013 provided an oportunity to have someone go out to the Waresville Cemetery and photograph the final resting place of J.H. and Marybel Banister. Kirk, and his granddaughter Michael Kate Castleman went out to the cemetery just south of town and took the photos that appear on this page.