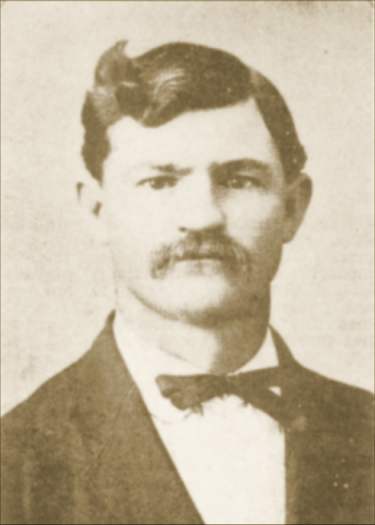 James T. Bentley was born June 5, 1875 near Greenville, Texas. His father, John Henry Bentley, had moved from Arkansas to Texas in 1874, stopping for about two years in the Greenville vicinity before moving on further west to Comanche county, where he settled near Sipes Springs. He had three children, a daughter and two sons, both of whom became gospel preachers. (W.A. and J.T.) The move to west Texas was made in the fall or early winter, the weather was bad and his wife contracted pneumonia, from which she did not recover

He was thus left on the frontier with three small children and no companion to help with them. About two years later he was married to Annie Pate

J.T. joined the Methodist church when he was about eleven years old, as his older brother, W.A. had done a few years prior to that time. In the early nineties, W.A. attended a debate between H.F. Oliver, a gospel preacher, and a Baptist named Davis. Later W.A. wrote: "Now at the Oliver-Davis debate, to the truth did I awake, and the scales fell from my eyes." We do not know whether or not J. T. was there, but we do know that he obeyed the gospel at the age of seventeen, which would have been in 1892, probably the year of the debate. H.F. Oliver baptized him. (Of course "debates do no good," we are often told - but not convinced.)

In West Texas in those years opportunities for schooling were limited, but J.T. apparently did the best he could to get some education, attending the public schools that were available. In 1893 he went to Georgetown, just north of Austin and entered Southwestern University, a Methodist school. He continued here for two years, and received a teaching certificate. Also, in Georgetown on June sixteen, 1895, he was married to Miss Jonnie Green, of that city. Her people were Methodists, and he was able to lead her father and some of the other relatives to "know the way of the Lord more perfectly." Most people in those days would study and would change if convinced they were wrong, however, it was not always easy for ignorance and prejudice abounded then, even as now. After leaving Georgetown, he began to teach in Williamson County and so continued for about fifteen years. He later did some teaching in McLennan County. 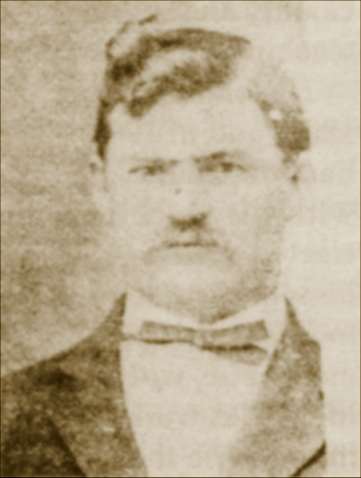 His older brother, W.A., had begun preaching the gospel in 1896, and in 1902 J.T. preached his first sermon at Johan in Williamson County. He continued to teach, did some farming along with his teaching, and preached in "appointments" and protracted meetings as he was able. He was able to convert many of his school students to the way of The Lord. After his school-teaching days, he gave full time to the preaching of the gospel, with most of his work being in gospel meetings. In the late years of his life he did work with a few congregations, but perhaps not always in the sense that we now think of the work of a "local preacher." For instance, he lived some years in Quanah, working with the Church there, more in the capacity of an elder. He did do much teaching, visiting, and other things the elders are commanded to do. Some of the years in Quanah were "depression years." He had bought a house, but due to the depression, was unable to make the payments on it. After he had missed about six payments, he went to the loan company as told them he simply could not pay for it, and asked them to take it back. The President of the company got the records and found that someone had been making the payments for him. (This is one reason many men are convinced that The Lord will take care of them.) He never knew who made the payments! In these same years he held meetings in the McKnight community, near Hedly for ten or fifteen years in succession. One year when it was time to go for that meeting, they notified him they could not "pay" him. Of course he went anyway! When the meeting was over the brethren brought a truck full of feed for his cow, canned fruits and vegetables, several hams and other food stuff ... probably the value of these things was more than the value of the money they would have paid him if they had had money. When one wonders about how he was able to support a family that came to include ten children, when times were so hard ... this is the answer. The brethren were/are good, and they will usually respond to the need of any good man. Most of his preaching was in Texas, but he did preach some in New Mexico and Oklahoma

His schooling would not especially prepare one for preaching, for it would have included but little, if any, Bible. Like other gospel preachers of his time, and ours, he simply had to learn it from The Book in plain hard study. And he had to find the time to do that in the midst of a very busy life. In 1911 C.R. Nichol wrote concerning him in Gospel Preachers Who Blazed The Trail, and said that he was a "hard student" of The Word. This was a term then in frequent use and denoted one who studied diligently. Though most gospel preachers had many debates, he had only two. These were with the same man, a Baptist preacher named Gregory in Eastland County

His children were: J.K., who preached for more than sixty years and now (1977) lives in the Christian Care Center in Dallas, with his wife who is in very poor health; John Wordy and Cody Ross, both of whom are dead; Mable, who married Perch Jones; Ida Bera, who married Leonard Cox and is the only daughter still (1977) living (she lives in Amarillo); Alma Juanita, who married Lee Page; Ruth who died before marriage; Averill Trott, of Houston; Luther and Virgil T. are still living. Virgil is the director of the Christian Care Center, and has spent his life preaching the gospel. All the children became Christians, with the oldest and youngest becoming gospel preachers. His first wife died on October 8, 1946 in Dallas, and sleeps in Laurel Land cemetery in that city. About two years later he was married to Mrs. Ethel Rosenquist, of Dallas

In December, 1958 he had a stroke from which he never recovered, and soon the Lord called him home. He too, sleeps in Laurel Land and there will one day hear the trumpet sound. Any person of discernment would naturally know that the Church did not accidentally reach the place it enjoys today. People like the Bentleys built it. Texas had a good number of such preachers and families of preachers, and still has. Do you ever stop to think what it would have been without them? Before you lay this down, offer a prayer of thanksgiving to The Father for such men, their faithful wives, and the good families they reared. We owe them much!


-Sketch From Gospel Preachers of Yesteryear, by Loyd L. Smith. This article was originally published February, 1977 in the journal, The Christian Worker.

Directions To The Grave Of James T. Bentley 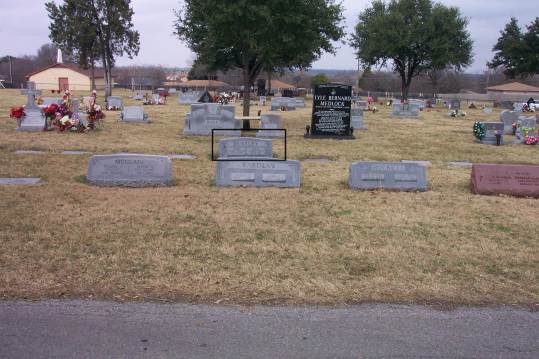 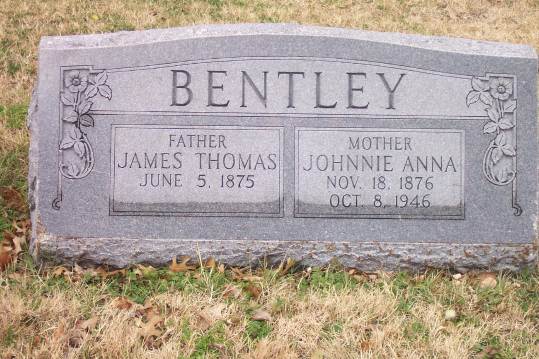