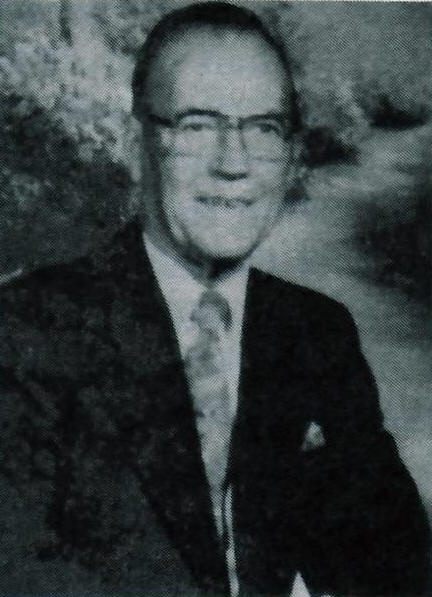 Brief Sketch Of The Life Of W.S. Boyett

Brother Boyett was born on March 3, 1911 on his father's ranch near Chappel in San Saba County Texas. The family lived in a log house with two "lean-to's" heated by a fire place. Dr Doss, who presided at this important event, had to drive many miles in a buggy in a severe rainstorm to deliver this twelve pound youngster who would some day become one of the most useful of gospel preachers. Of course the roads were not paved, so it was a muddy drive. John S. Boyett, his father, was not a religious man, but his mother, Claudia, was a member of the Methodist church. Bill grew up under this Methodist influence, and attended summer youth camps conducted by them. He had no brothers, but did have two sisters who later became faithful Christians, no doubt being influenced by their brother. Bill attended the public schools in Chappel through the grades, and then had to go to Cherokee for High School. When he was only thirteen years old, his father died and he "lost his bearings" for a time after completing two years of High School work. For about three years he simply "drifted around," but he decided to complete his education. Silas Howell, a faithful gospel preacher, was Superintendent of the schools in Cherokee. He preached at nearby places much of the time, and apparently became interested in Bill. W.S. pleaded with him to be allowed to do two years of High School work in one year. Brother Howell didn't think he could do it, but he did!

About graduation time Claude McClung conducted a gospel meeting in Cherokee. He had held a meeting there the year before, and Bill's "date" had taken him to that meeting. The preaching upset him very, much, for it was so different from what he had always heard. This caused him to study his Bible. In Brother McClung's next meeting, Bill obeyed the gospel, being immersed in Cherokee creek on June 15, 1931. Three weeks later he was asked to teach the Wednesday evening class, which was working in the book of Hebrews. He did! Soon, without consulting him, one of the elders announced that "Brother Billy Boyett will preach next Sunday." At first, he said he just couldn't do it, but Brother Howell worked with him and convinced him that he could. He did . . . preaching twenty-eight minutes on October 4, 1931. A half century later, he would be back in Cherokee for another sermon, which we will discuss later. When he obeyed the gospel, he resolved that he would never miss observing the Lord's Supper on the Lord's Day. He kept this vow "to the letter." Brother Howell often took him along to his own appointments, where the church members were friendly and encouraged him much in his determination to become a gospel preacher. Soon he held his first meeting in the Salt Branch community, and this led to other work until he was kept busy preaching throughout the area. He began a meeting for Bela Watson in the Neal community on a Friday night. Bela was scheduled to begin his part of the work on Monday night. But before he got there, the Baptists had challenged Bill for a debate and he accepted their challenge. The Baptists put forward their man, and Brother Watson did a good job of teaching the truth in the face of error, with Bill moderating for him. Our brethren, generally, felt The Cause had been strengthened.

He decided to continue his education in Abilene Christian University. He left home for this work with only ten dollars to his name, and no promise of help from any source. The depression was in full swing, and though it did not cost a great lot to attend A.C.U., it was very difficult to get even that small amount. He stayed one term, working to support himself, and often knew the actual pangs of hunger. He often missed a meal he could have had because he wanted to spend that money on a book. He finally acquired a fine library, which he learned how to use. When the time came to go home from Abilene, he managed to catch a ride on a vegetable truck. Though his formal education was just about over, he was a diligent student to the end of life, and was properly regarded by his fellow preachers as a very well informed man. He worked with W.R. (Bill) Craig in the establishment of the Elk City School of Preaching, teaching there for quite some time. Later he worked as a teacher and in other ways in the Bear Valley School of preaching in Denver, Colorado. In each place he was held in high regard. In addition to this work at Abilene, he attended some "special courses" at Freed-Hardeman College at Henderson, Tenn. He became acquainted with Miss Jeannie Shelton, daughter of John N. and Elizabeth Shelton of Lometa, Texas, not a great distance from where he grew up. The Shelton's were faithful members of The Lord's church, and Jeannie shared that belief. She and Bill came to love one another, and on March 18, 1935 they were married by Clem Wesley Hoover in Goldwaite, Texas. No children came to bless this union.

He seems to have been kept busy as a preacher from the first, being well received by the brethren. Many invitations came from many places to preach. Perhaps these numerous invitations caused him to move more, especially in the early years, than he might have done otherwise. In one place a situation arose where he simply had to leave or violate his convictions. Of course he moved! Lometa was his first full time work, beginning in 1934. Next was Uvalde, where he divided his time between Uvalde, Camp Wood, and Leakay. Kingsville, Alpine, Sanderson, Sanger, and Brownfield, all in Texas, followed. In June of 1942 he moved to Twin Falls, Idaho, and from there to Walla Walla, Washington. While in the Northwest he did much mission work in places other than where he lived and established The Cause in Burley, Idaho. lie was supported in the Northwest by churches in Jones County, Texas, with the Anson church taking the lead in providing this support. In the Northwest he found plenty to do. Churches were small, preachers were few and far between, distances great and the opposition strong. The Adventists were very active, challenging all others to meet them in public discussion. Leroy P. Wylie was working in Lewiston, Idaho where the Adventists were quite active. He called upon Brother Boyett to come and help deal with them in Lewiston. A debate was set up, started as scheduled, but the Adventist quit the field before the discussion hardly started. Later, in Jerome, Idaho, under the name "Prophetic Light" the Adventists were "blowing and going." Frank Driver was just out of school, and preaching there. He called for Brother Boyett to come and help out. He did, and again the debate had hardly started until the Adventist abandoned the field. He not only quit tile debate, he closed his "Prophetic Light" operation. (It looks like these fellows that are so good at prophecy could look ahead and tell that will happen to them when they debate a man who knows The Book and it only.) While in Walla Walla, Washington, Joe and Edith Coppinger joined them in the work. Through the years Bill and Joe held twenty five meetings together, and remained close friends to the end of life. In due time the Coppingers decided to return to California and the Boyetts went to Oklahoma City, where he worked with the Central Avenue church. Following this he returned to Texas, working with the 26th. and N Sheppard Church in Houston. The next move was to Tipton, Okla. (While here, he also worked some with the Tipton Home.) Next he moved to the Avenue C church in Temple, Texas, then to Hudson and Elm in Altus, Okla. This was followed by three and a half years in Pecos, Texas. Next, about the same period of time was spent with the Glen Gardens church in Ft. Worth, then back to Pecos for three more years. The North Main Street church in Roswell, N.M. was his next place of labor, then to Mangum, Okla. for about five years. While here, he was involved in the beginning of the Elk City School of Preaching with W.R. Craig. Next, he went to Denver, Colorado to teach and work with the Bear Valley School of Preaching. After about three years he returned to Mangum. (In Mangum and Pecos he served twice as local evangelist.) In December of 1976 he moved from Mangum to Lometa, Texas, where his wife had been reared and where he did his first local work. He had fallen victim to Leukemia, and was unable to do the work he once did, though he continued to preach to the end. His last sermon was preached on July 18, 1982.

On October 4, 1981 The Church in Cherokee, Texas wanted to "honor their boy." A special service honoring his fifty years of work as a gospel preacher was arranged. Many came, with some coming from almost every place he ever lived. More than three hundred people were served a barbecued chicken dinner following the morning worship. In the afternoon at a special service to honor his long years of faithful work, he was given an appropriately engraved plaque, including his picture. Also, there was a gold pin honoring this golden anniversary as a preacher. His first sermon had been preached in Cherokee on October 4, 1931 - and that date fell on a Lord's Day in 1981. A reception followed, honoring this "team" for their long years of faithful service.

After the holidays in 1981 the Leukemia "began to close in." He was in and out of the hospital several times, and on June 10, '82 he said, "Last year was my year of honor. this is my year of victory." The "victory" came on September 20, while he was a patient in the Comanche, Texas hospital.

Many came "from all over" for the memorial service. It was so conducted that it pictured his life and love for The Lord. Eight "special people" sang: Blest Be The Tie That Binds as the family entered. Lon Jones Preacher at Lampasas led the congregation in singing, Jesus is All The World To Me I Love Thy Kingdom Lord and Heaven Holds All to Me. Edwin Young, a bishop of the Lometa church, read the obituary and led a prayer. At Sister Boyett's request, the "special group" sang, Remember Me To The Lord. Norman Gipson, a fellow worker at Bear Valley in Denver, Colorado, gave the eulogy. The "special group" sang Precious Memories and Where the Roses Never Fade. What was mortal sleeps in Jeannie's family plot in the Senterfitt cemetery at Lometa.

Bill Boyett was a good man and a good preacher, faithful to his Lord. He influenced thousands to live for Him. One cannot do better! May The Lord bless his memory and his loved ones and friends who miss him so sorely.

Location of the Grave Of Bill Boyett 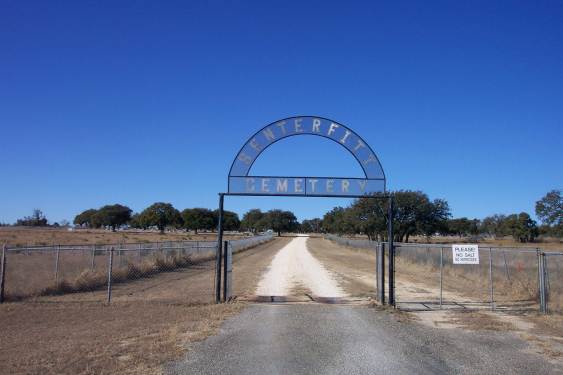 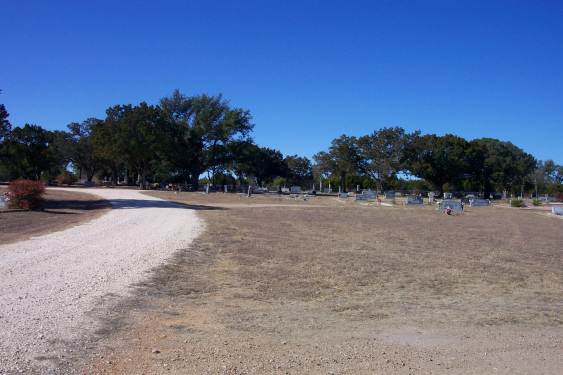 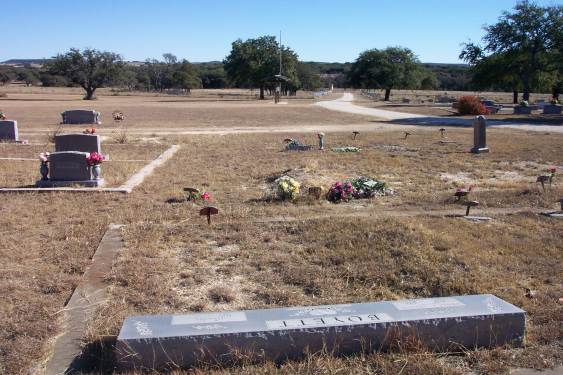 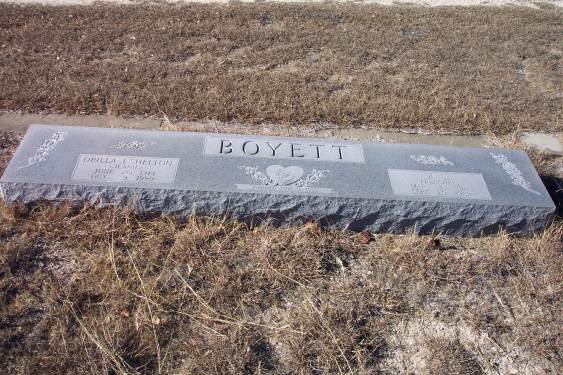 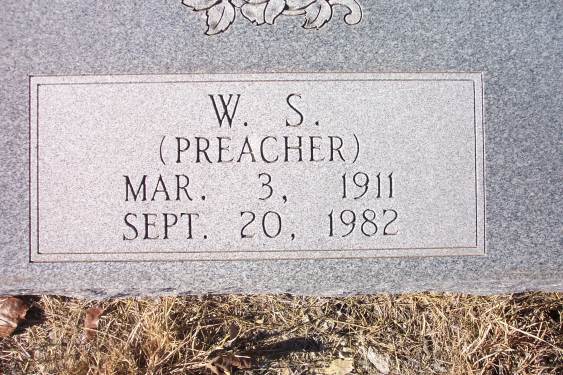 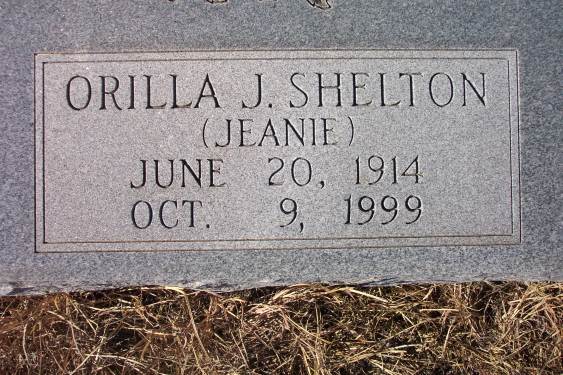