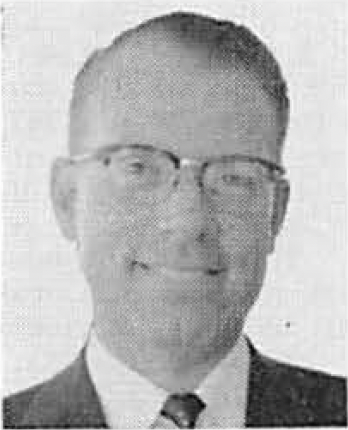 The Life of William A. Harrison, Jr.

William attended Abilene Christian College, where he awarded the B.A. degree. He began preaching in Lawn, Texas, in 1945. The following year the family moved to New England to conduct mission work. Settling first of all in Manchester, New Hampshire, the family worked there for three years. From 1947-1948 he conducted radio broadcasts on the local station WKBR. In 1949 they moved to Melrose, Massachusetts, working and evangelizing. While in the area from 1955-1958, he conducted radio preaching on station WCOP. From 1958 until July 1959, he served as foreign news editor for the brotherhood paper North Atlantic Christian. The family was there for ten years, building the church there and promoting strengthening the churches in the Northeast through organizing an annual New England Lectureship.

In 1959 the family moved back to Texas, settling in the city of Waco and working with the Herring Avenue church of Christ. While there, he conducted a TV panel program called “God Has Spoken” on KWTX-TV station.

In 1962, the family returned to New England, settling in Farmington, Connecticut. For the next eleven years, they worked to build the Kingdom of Christ, primarily among the saints at South Road church of Christ. While there, he attended Hartford Theological Seminary.

Then in 1973, the family moved back to the south. During the 1980s they lived in they lived and worked in Steele, Missouri. In the 1990s, they were in Richardson, Texas. Their last years were in Garland, Dallas County, Texas. 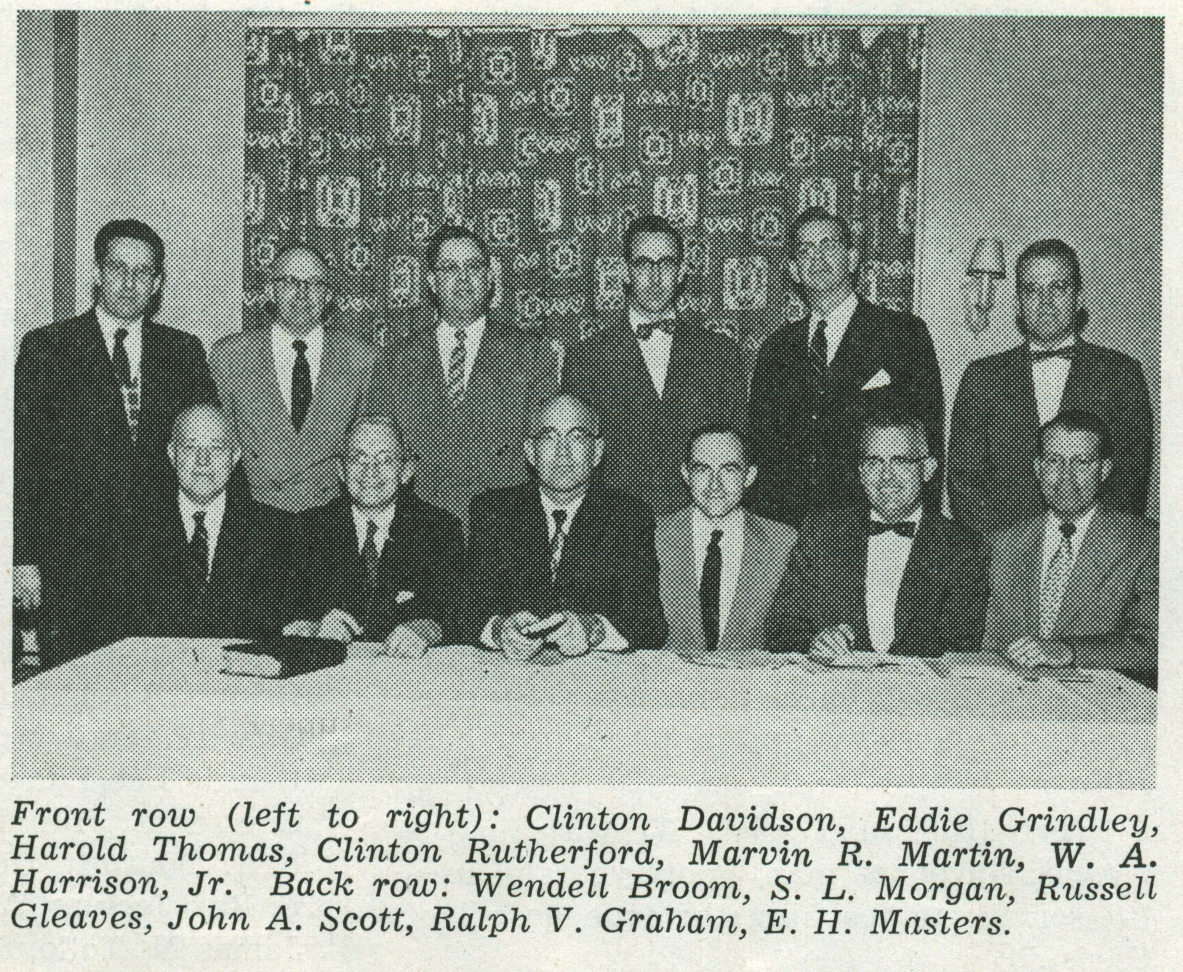 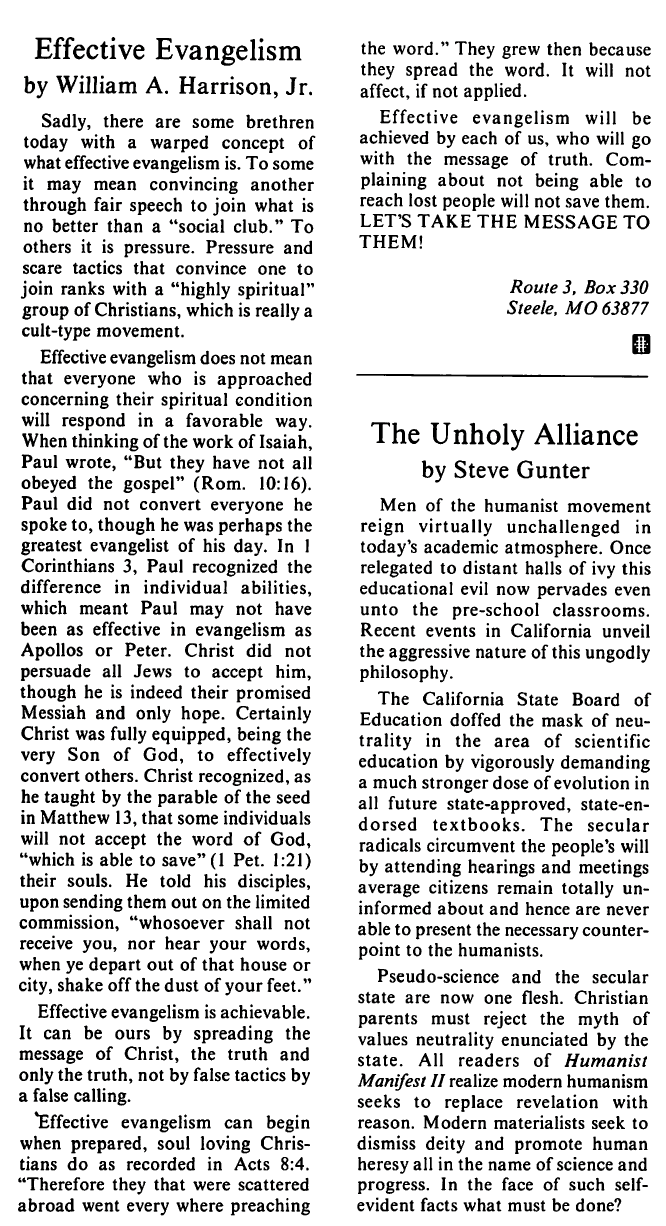 The Harrison Family plot is located in Restland Cemetery in north Dallas, Texas.. From downtown Dallas, head north on Hwy 75 (Central Expressway North). Get off at Exit 8B and turn right on Forest Lane. Go right (east) on Forest Lane. Turn left (north) on Greenville Ave., passing under the L.B.J. Freeway. The cemetery will on the left. Turn left on Restland Rd. and enter cemetery to the right. It would be good to go to the office and ask for a map. Buried in Floral Hills section, it is shaped like a teardrop. Enter the sidewalk from the narrow (south) end and go about five plots in and the Harrison family plot will be on your right. GPS below show exact location of grave in cemetery. Photos below should help. 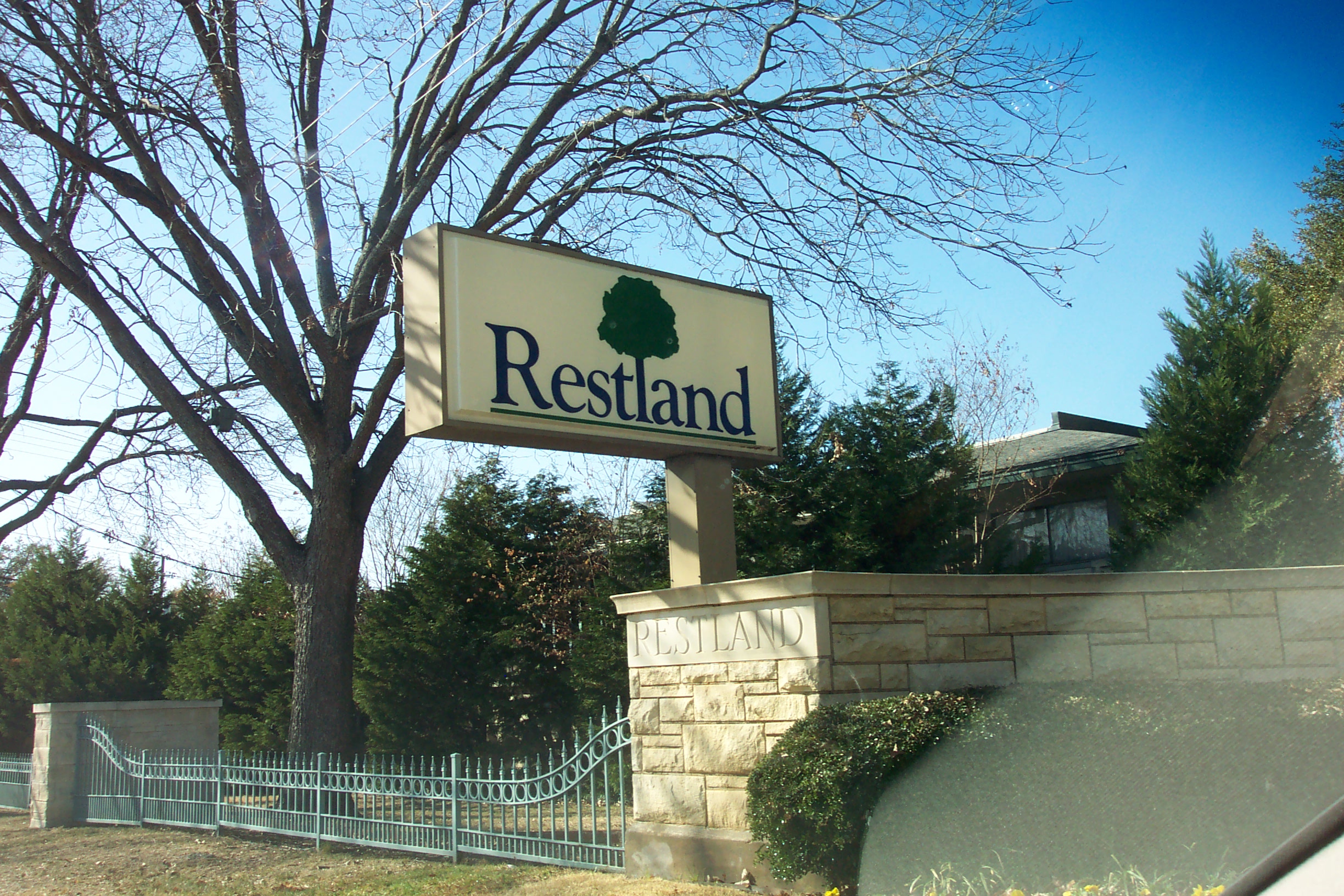 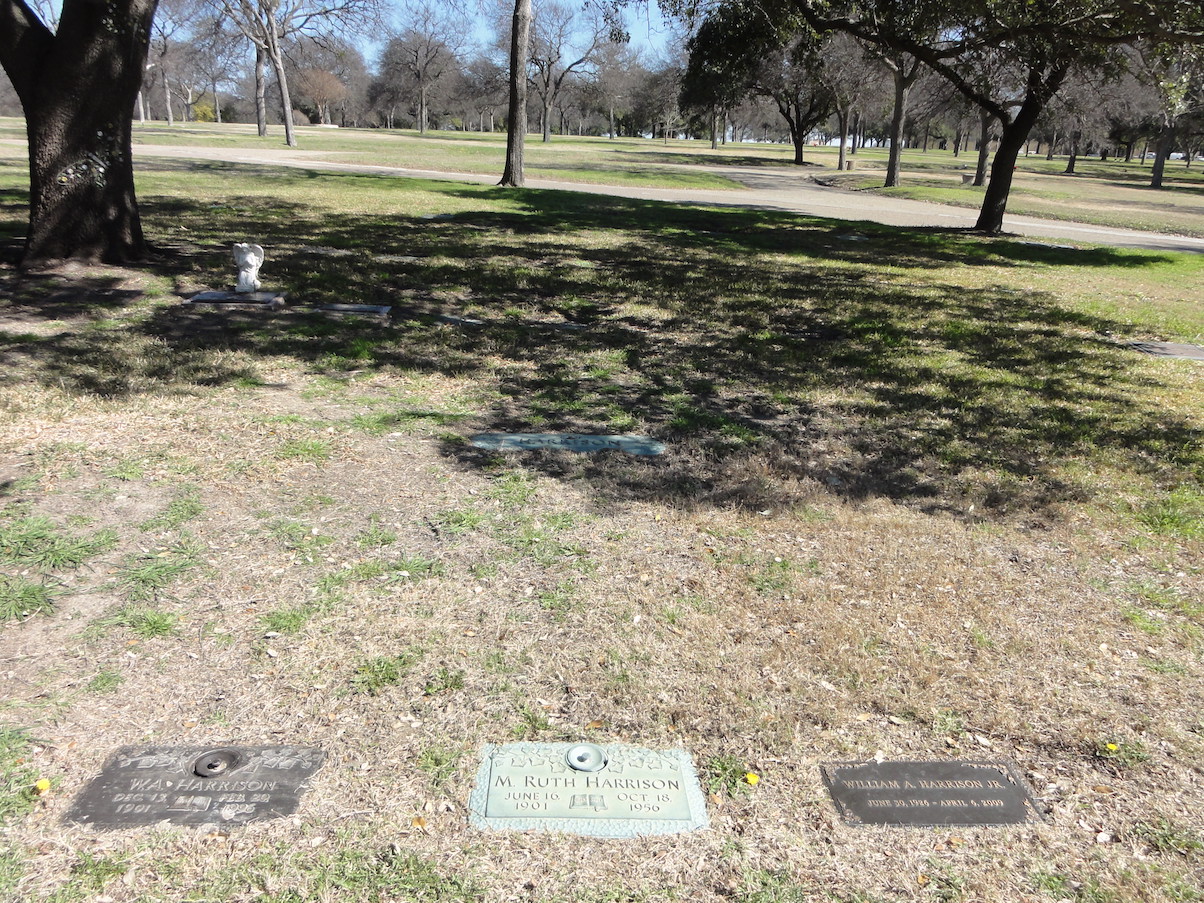 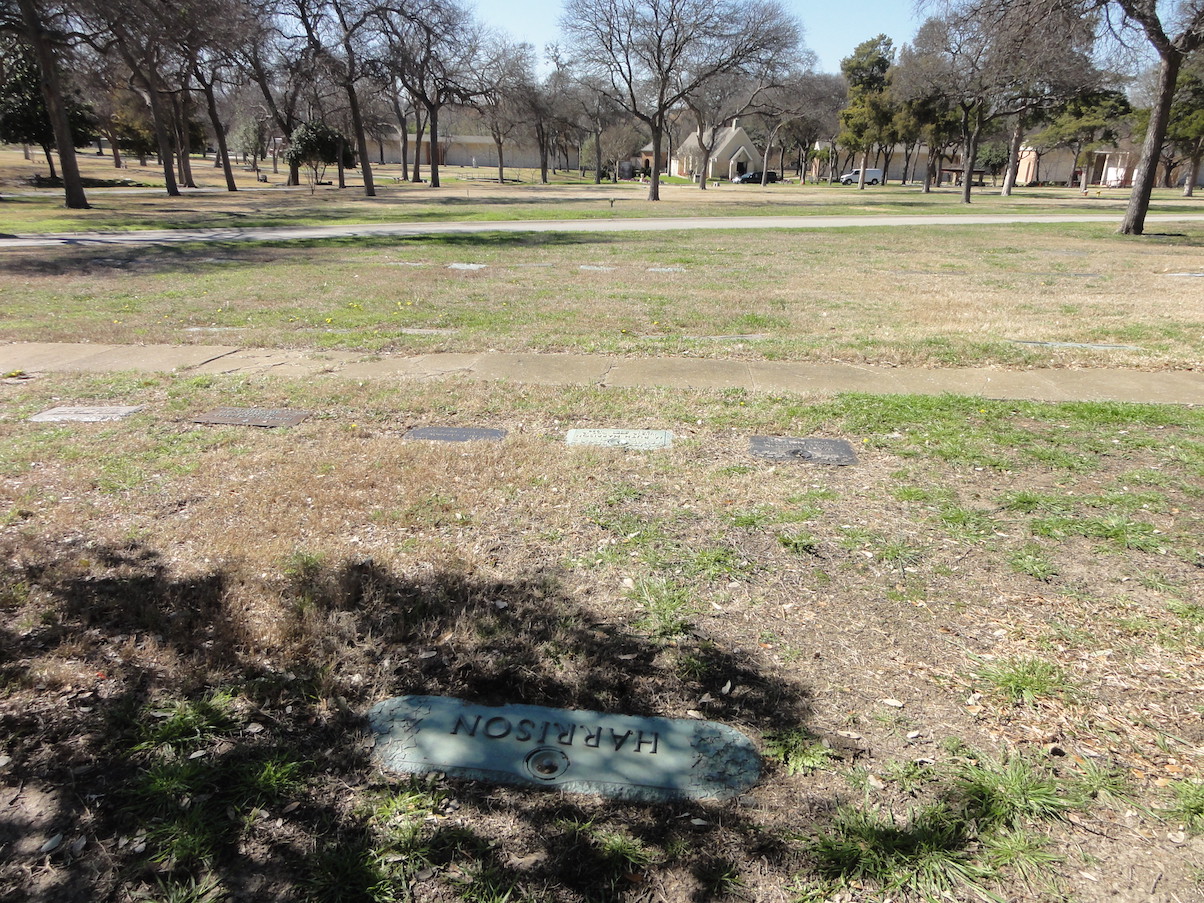 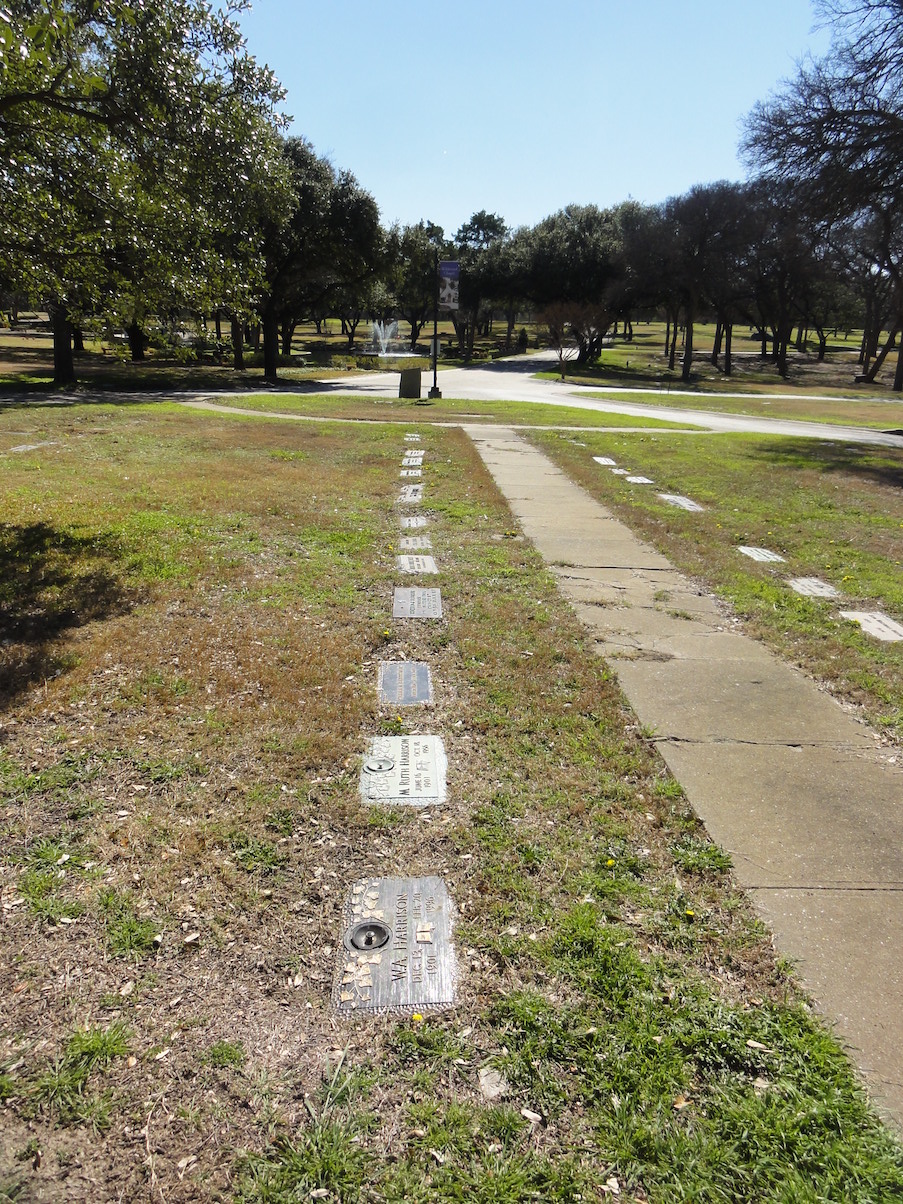 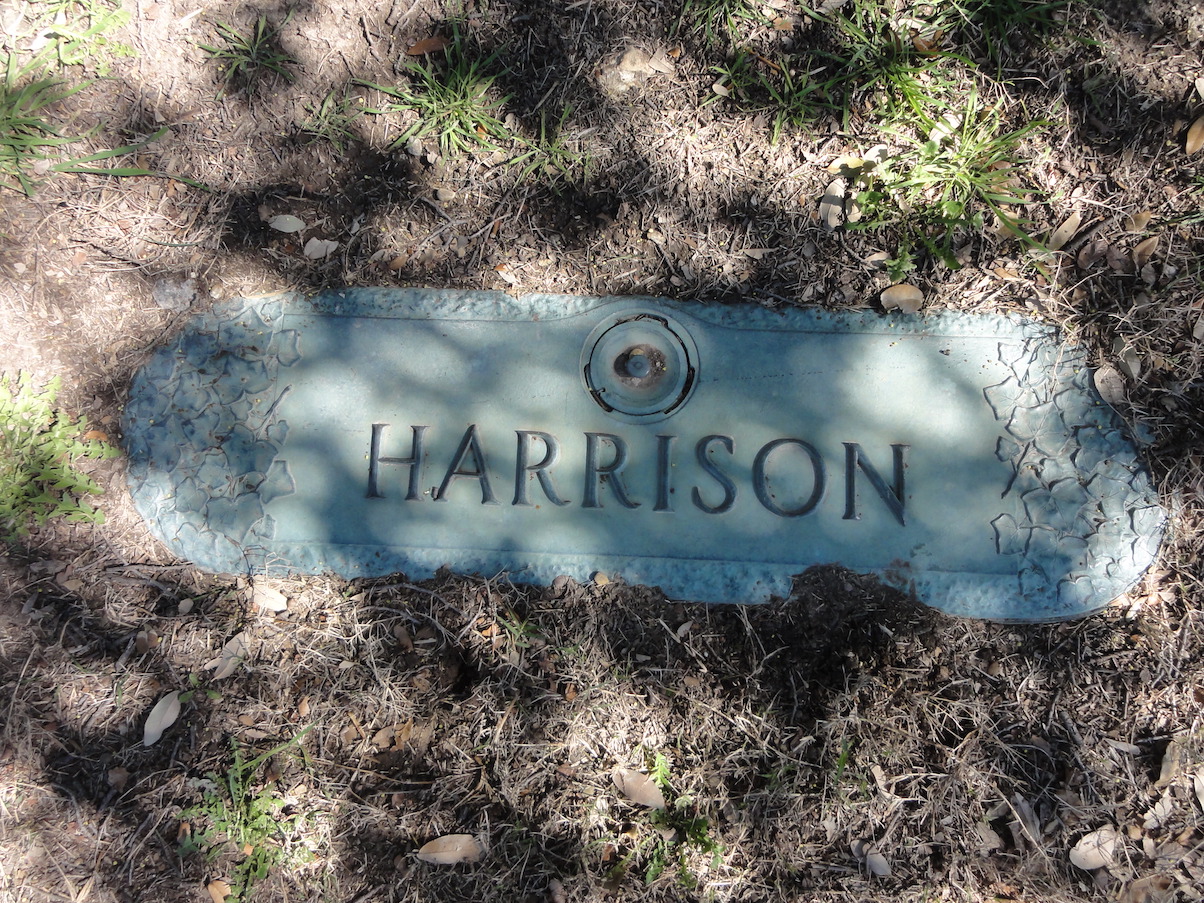 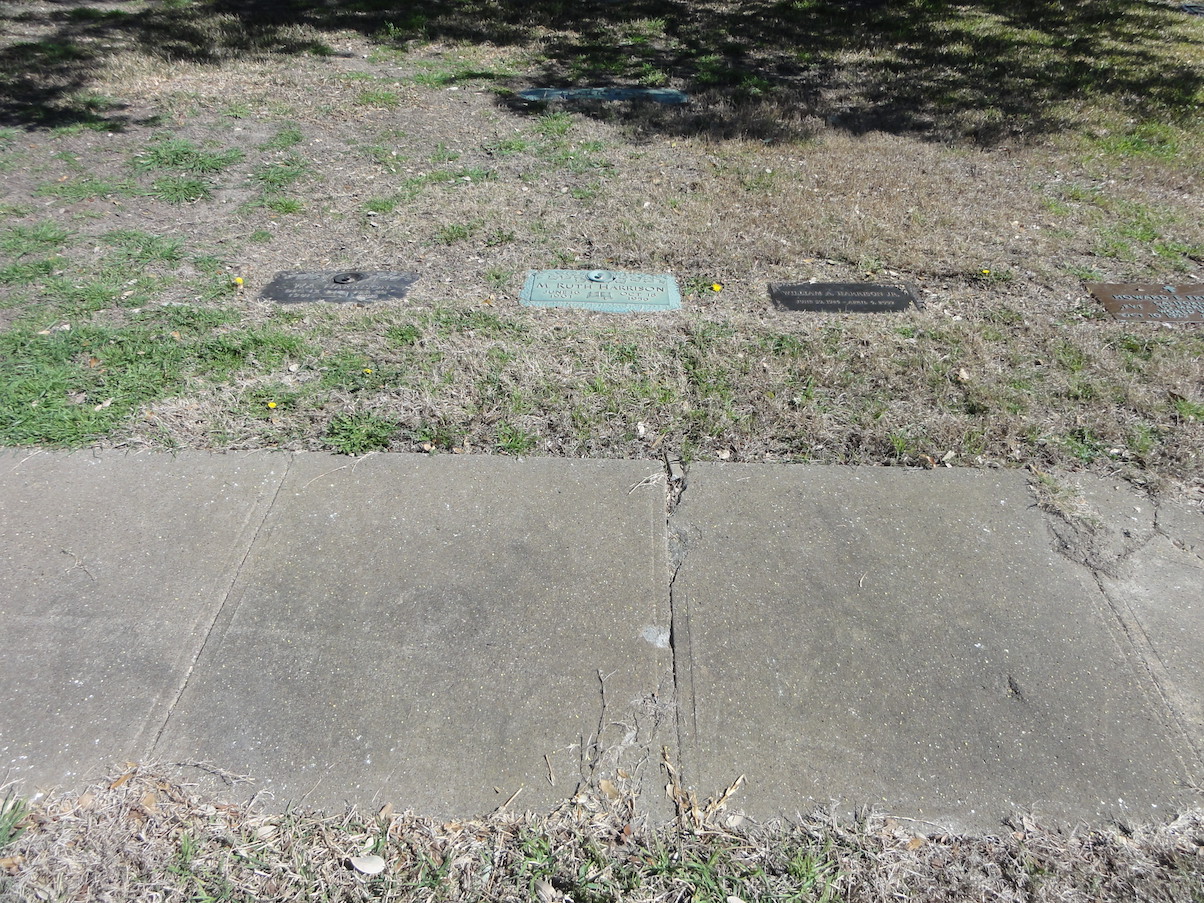 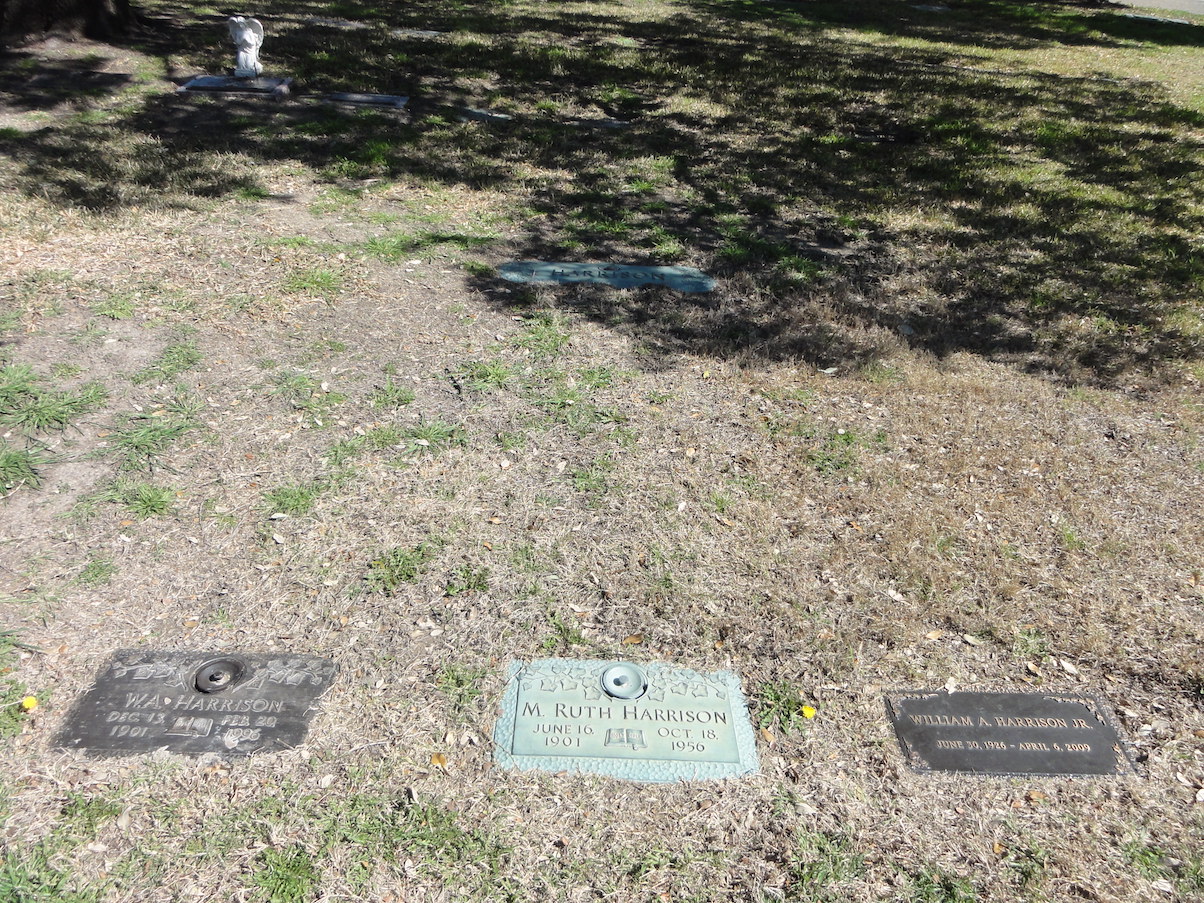 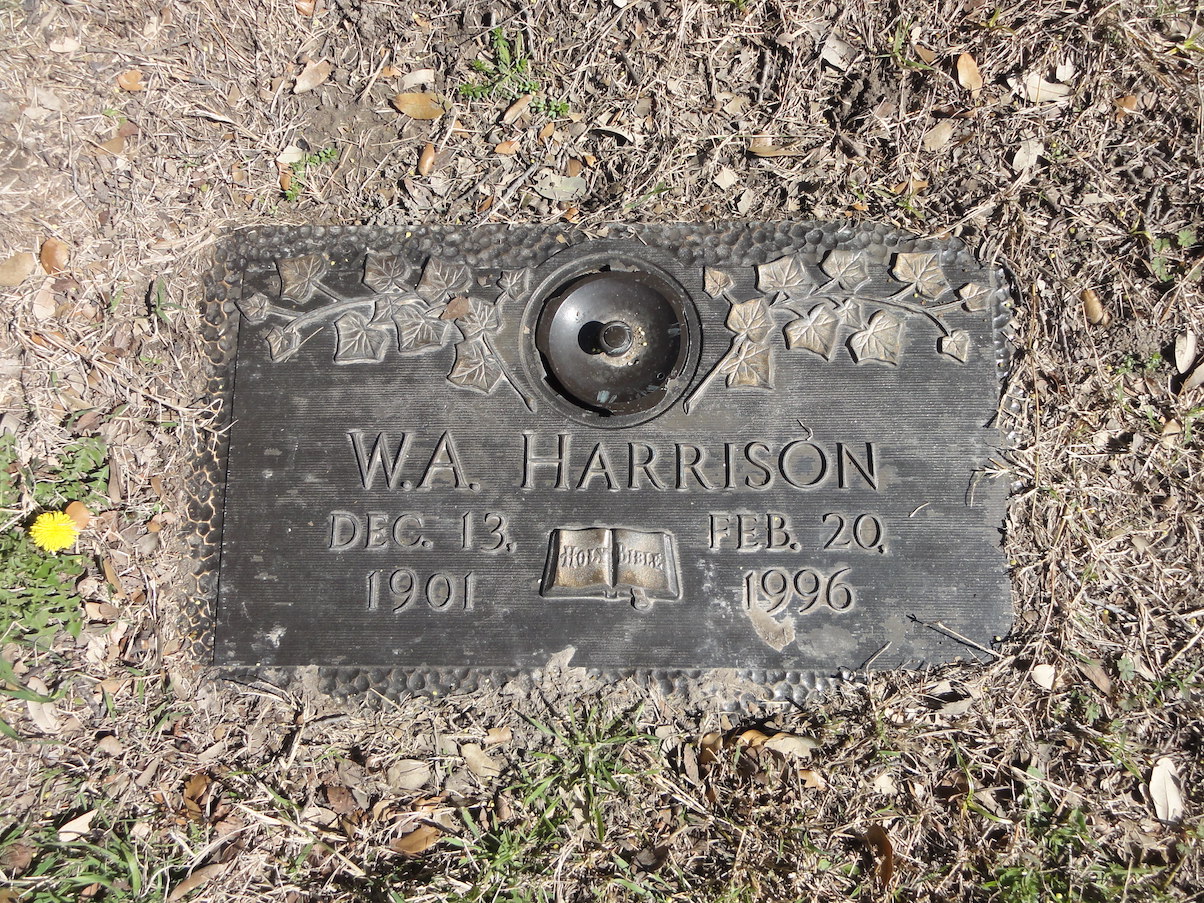 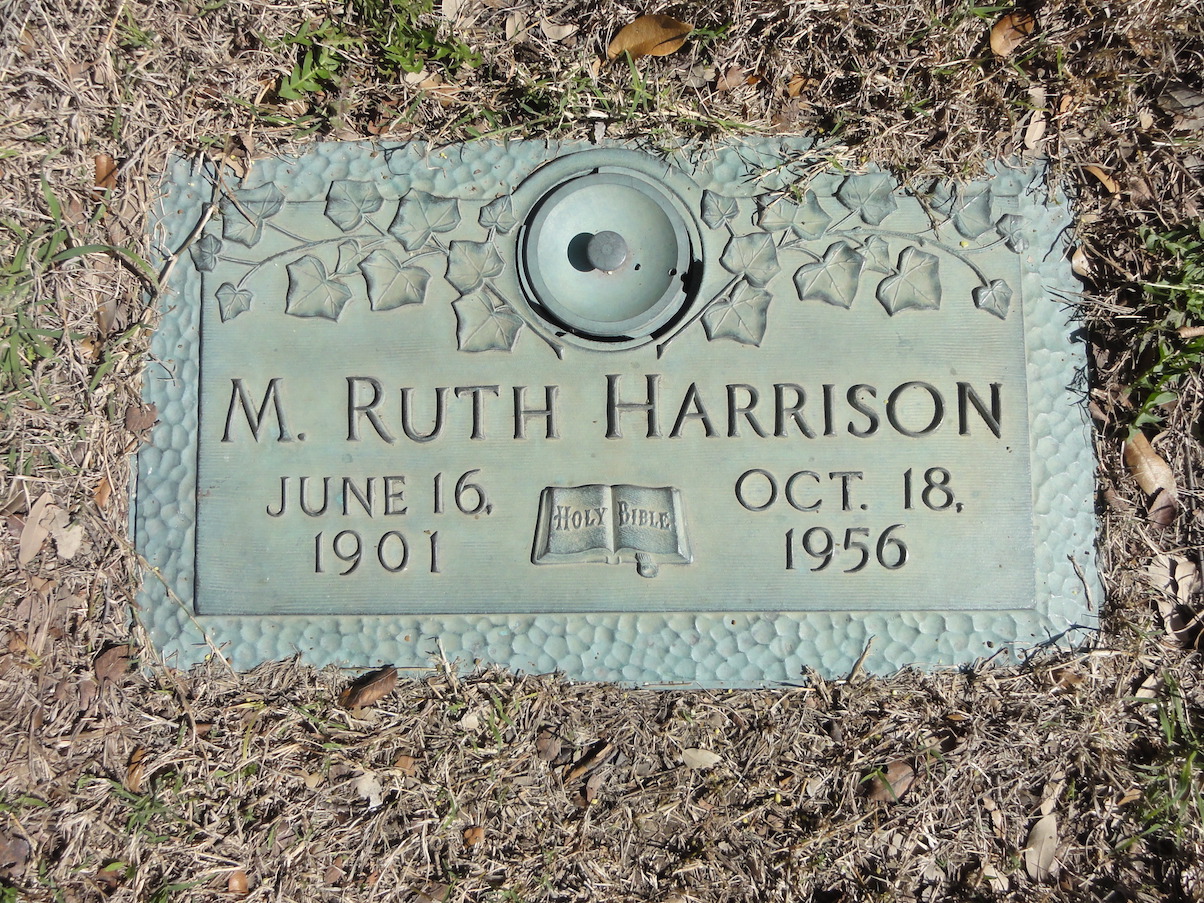 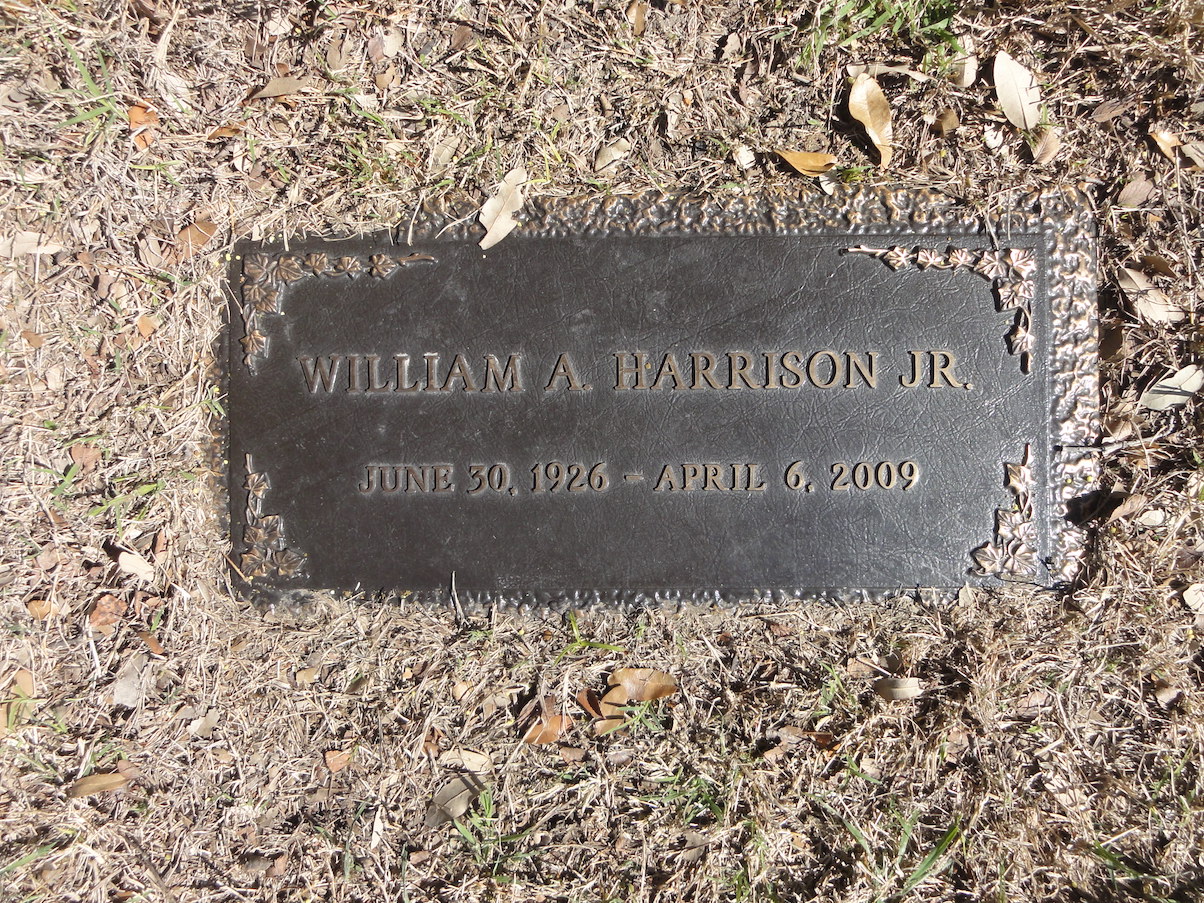 Special Recognition: In 2015 my daughter and her family were in Fort Worth visiting her parents, Mark and Debbie Hooper. Jenny and I flew in to visit. While there they loaned me their car to do some research. On this trip, I found the graves of a good number of gospel preachers of yesteryear including that of Tim and Lucy Walker.