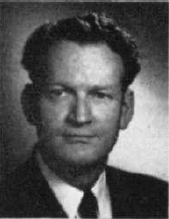 A.G. Hobbs was born in Rowden, Callahan County, Texas April 17, 1909. He was baptized by F.B. Shepherd in 1924. He began preaching in Pecos, Texas in 1933. Higher education took place at Abilene Christian College (now University), and later at Butler University in Indianapolis, Indiana.

He was married to the former Luceil Peterson in 1933. To this union was one daughter, Carmanetta Hobbs Houpt.

Churches he served included the church in Borger, Texas between 1942 and 1946, the Fourth and Capitol church in Indianapolis, from 1942-1946, and the Twin City church in Kansas City, Kansas from 1949-1951. He also preached for churches in Missouri and Florida.

He wrote for various publications including the Christian Worker, Gospel Light, and other publications. He was involved in radio work in Clinton, Oklahoma and Huntsville, Alabama.

For several years he served as a co-publisher with M. Lloyd Smith in the publications of restoration related books including Wallace-Vaughn, Wallace-Hunt, and Wallace-Ketcherside Debates.

He held at least two debates. One was held with Pentecostal preacher, J.E. Pippin in 1939, and the other was with A.R. Ganoe in Fort Worth, Texas, December 13-17, 1954 on the subject of baptism.

A.G. Hobbs is perhaps best remembered for his writing over 50 tracts on various biblical subjects. These are still available online at Hobbspublications.com. Below is a brief sketch that can be found on the Hobbs web page to give further information on his life.

-Gleaned from Preachers of Today Volume 1 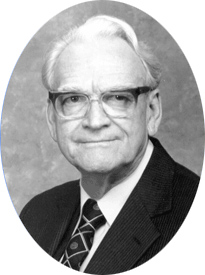 A prominent writer and publisher referred to A.G. Hobbs as the Prince of Tract Writers. He began preaching in 1929 at age twenty. In addition to local church work in Florida, Oklahoma, Kansas, Missouri, Indiana and Texas, he held evangelistic meetings in many states. For more than sixteen years, he also preached on a Dallas radio station.

As a young preacher in Borger, Texas, Brother Hobbs wrote his first tract and distributed copies from house to house in the community. This began his career of writing the “little blue booklets” for which he is known nationally and internationally. For more than five decades these tracts have been, and continue to be, distributed in many parts of the world — more than 25 million in English and many thousands in Spanish, French, Italian, Korean, Portuguese, in Braille for the blind, and soon to be printed in the Russian language.

Numerous examples could be cited to confirm the power of these booklets to teach God’s truth, such as the preacher in the Philippines who, after thoroughly studying just one tract Is Conscience a Safe Guide? not only embraced undenominational Christianity but led his entire congregation to do so.

A.G. Hobbs was born in Callahan County, Texas, about 40 miles from Abilene, the first son in a family of eight surviving children of A.G. Hobbs, Sr., and Sallie Sikes Hobbs. When A.G., Jr., was fourteen, his parents moved the family to Abilene, Texas for the sole purpose of giving their children the privilege of schools and churches in Abilene. This decision was made with the full knowledge by the parents that the father of the family would have to drive the 40 miles back to the farm and ranch, spending most of every week, to provide these spiritual and educational privileges for their children.

Prior to his death on May 28, 1991, Brother Hobbs spent three and one-half years in a nursing home because of a stroke. He remained mentally alert and ever interested in the welfare of the church. On his 79th birthday a Fort Worth Star Telegram reporter interviewed him in the nursing home and wrote, in part:

Tears came to Hobbs’ eyes when he talked about the strength he received from his pioneer parents... He said: ‘Daddy never took us out of school to help him. We worked on the farm every summer. If it had not been for our parents’ vision and sacrifice, none of us could have done what we have done.’

In addition to Brother A.G.’s work as a preacher and writer, three of his brothers have served as elders in the Lord’s church, and one of his sisters, Lottie Beth Hobbs, is well known as a writer of religious books which are likewise distributed in many languages.

Brother Hobbs received his B.A. degree from Abilene Christian College and his Masters degree from Butler University in Indianapolis, Indiana. He married Luceil Peterson in 1933, and they had one daughter, Carmanetta Houpt.

On his very last day of life on earth, Brother Hobbs commented: “I am so glad to know that publication of the tracts will be continued.” He was assured that this would be done for decades to come. Hobbs Publications is owned and operated by John Hobbs.

Hobbs Publications intends to keep the tracts available for future generations to study and enjoy.

Directions To The Grave of A.G. Hobbs

Alonzo G. Hobbs is buried in the Mount Olivet Cemetery in Fort Worth, Texas. Address below: From Downtown Fort Worth, head north to Exit 53A. and turn right on NE 28th St. Go to North Sylvania and turn right. The entrance of the cemetery will be on your right. Enter the main entrance. Note that the drive is split. So, when you enter, look to make your first left, and then back to the right. Go up the first section to the end of it, and stop the car. Go in about 9 rows to the Hobbs monument. Plot Info: Space 3, Lot 344, Section: Acacia. 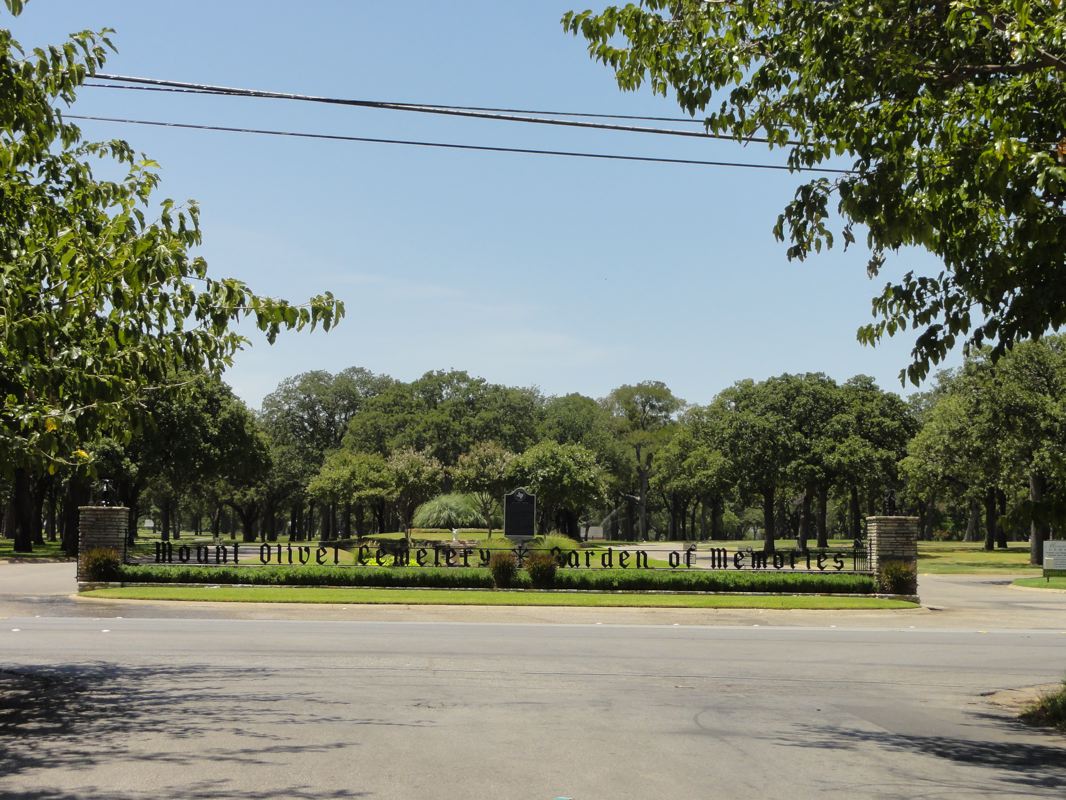 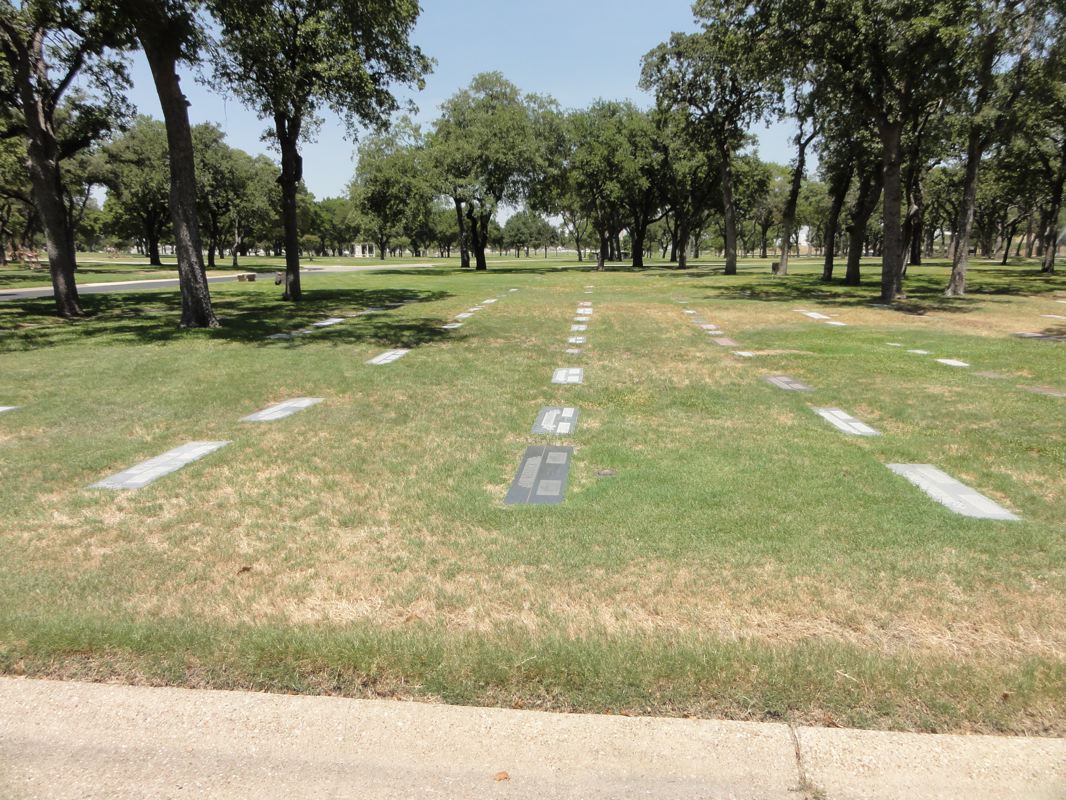 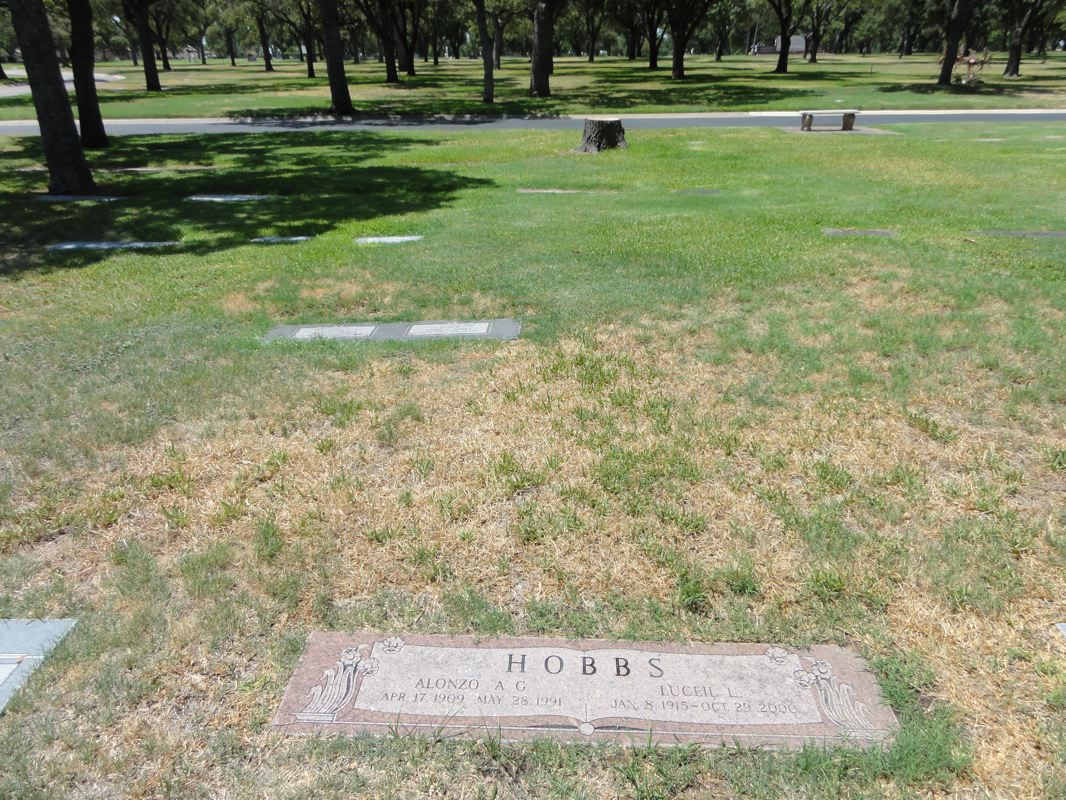 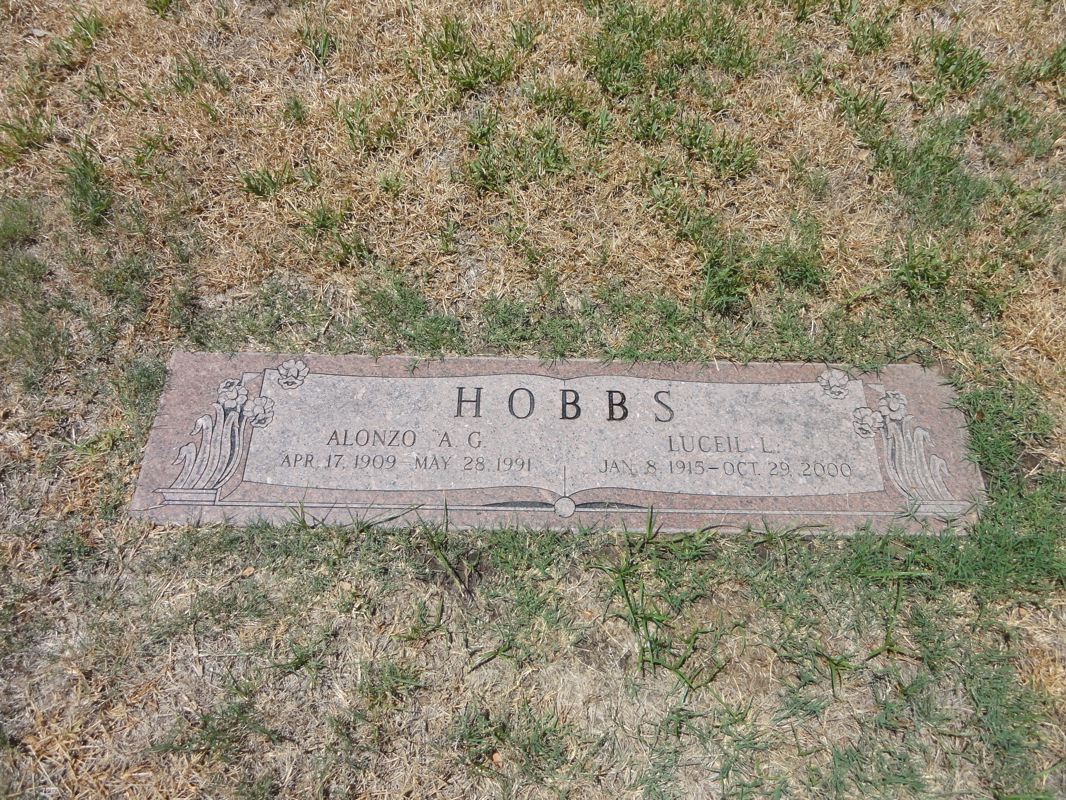 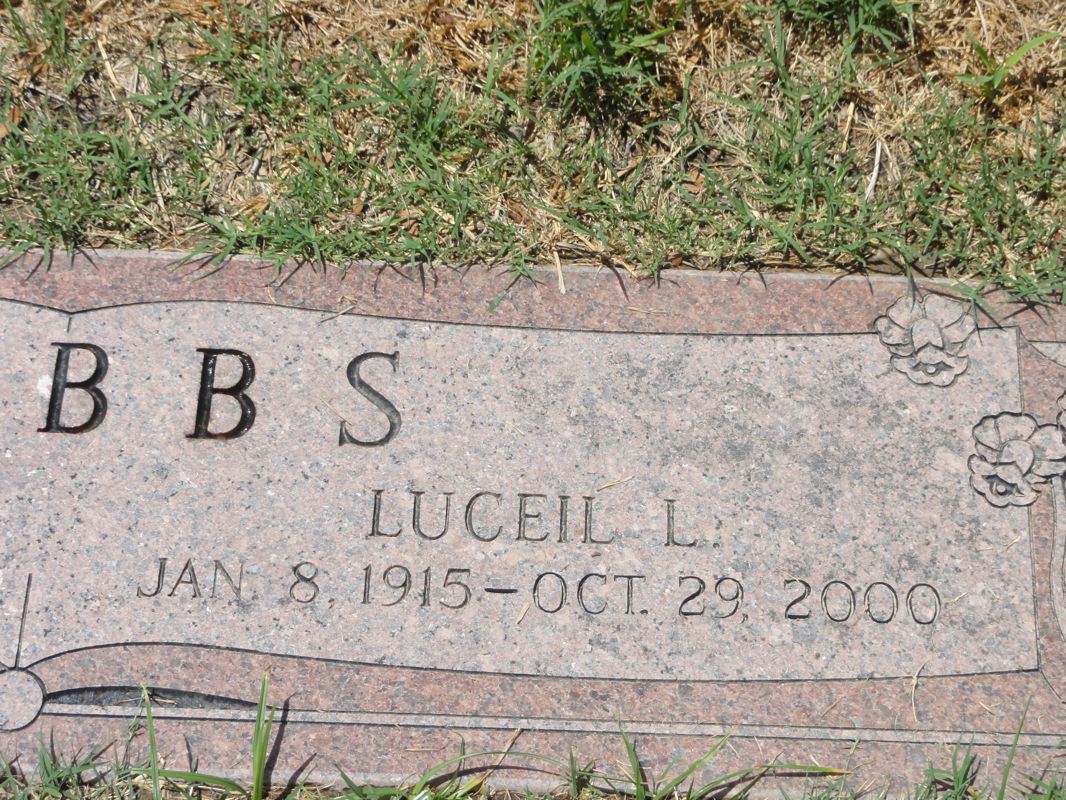 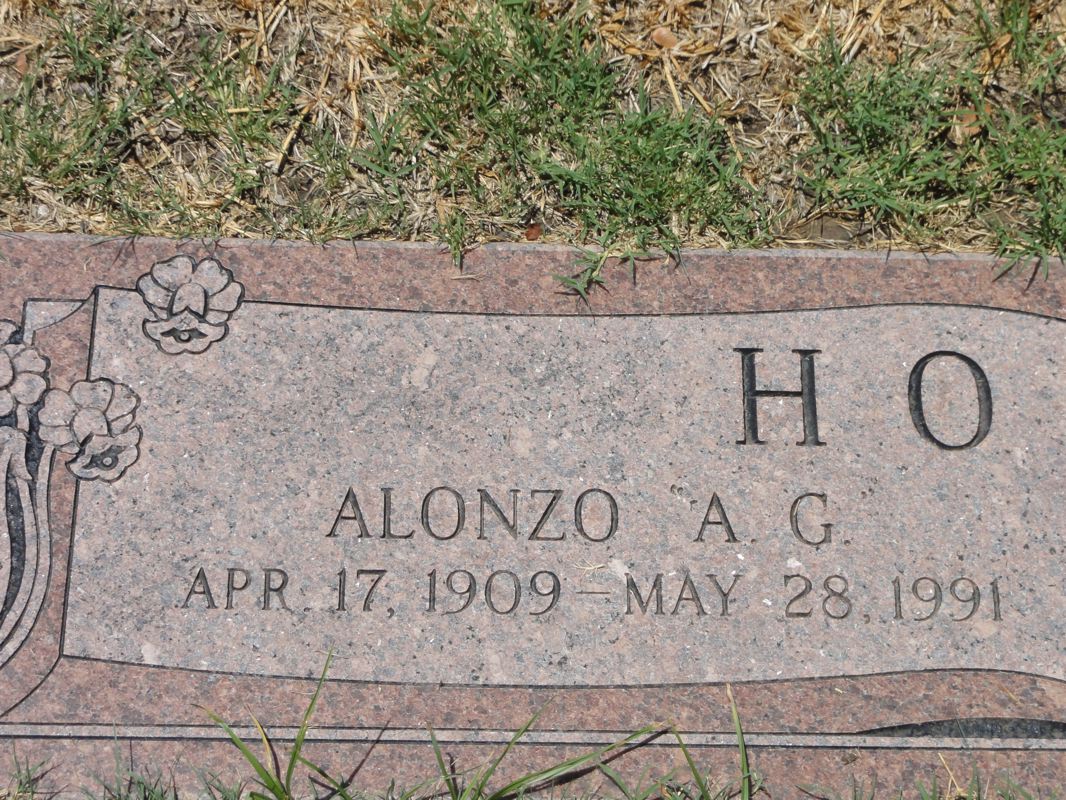 Note: It was may pleasure to visit the grave of A.G. Hobbs while making a short trip to the D/FW area of Texas in the summer of 2012. The week of my travel there, the weather in the south was so very hot. That summer they had many days over 100 degrees farenheit. The day I few in was one of them. My daughter was flying in from overseas, and I flew over from Atlanta to meet her. While waiting on her flight, I had a couple of hours and went in search of a grave. Thus, the pictures you see here.