The Life Of Robert C. Horn

Robert had the opportunity to attend Muse Academy, a school in McKinney, operated by a Christian preacher by the name of James S. Muse. His studies led him to be endeared strongly to Muse, and a friendship developed between the two that continued the remainder of their lives. It was brother Muse that baptized Robert in 1862, then at the age of 18.

Very soon after his baptism, Robert entered the Confederate Army which was then heavily engaged in civil conflict. He was part of the Fifth Texas Partisan Rangers, and was assigned to Company K. He carried with him a copy of a ten-cent New Testament that he read faithfully every day. After he was discharged from the Army, he determined to head back east to attend Kentucky University. The initial reception of fellow-students was unfriendly, as they concluded that the bulge in his pants pockets were six-guns. Attending the College of the Bible, he sat at the feet of J.W. McGarvey, and soon determined he wanted to preach the good news of Jesus.

While at college, he and fellow student and Texan, C.M. Wilmeth made preaching trips down into Tennessee. On September 7, 1870, he married Mildred Catherine Franklin (1849-1933) the daughter of Samuel Crenshaw Franklin (1809-1902) and Eliza Crenshaw (1812-1889). Their wedding took place there in Trousdale County, Tennessee. They had six children, five girls and one boy.

After his marraige, Robert continued preaching in Hartsville for a year before returning to Texas with his bride. David Lipscomb said of him that he was faithful and true in the Gospel. (Gospel Advocate, 09.29.1871,p.899).

Returning to his home in McKinney, he began preaching in the region, promoting the cause of Christ. For the next 65 years he preached in north Texas, and his influence was felt throughout the brotherhood. He passed from this life the 13th of May 1936. Burial followed in Pecan Grove Cemetery in McKinney, Texas.

Report In The Gospel Advocate 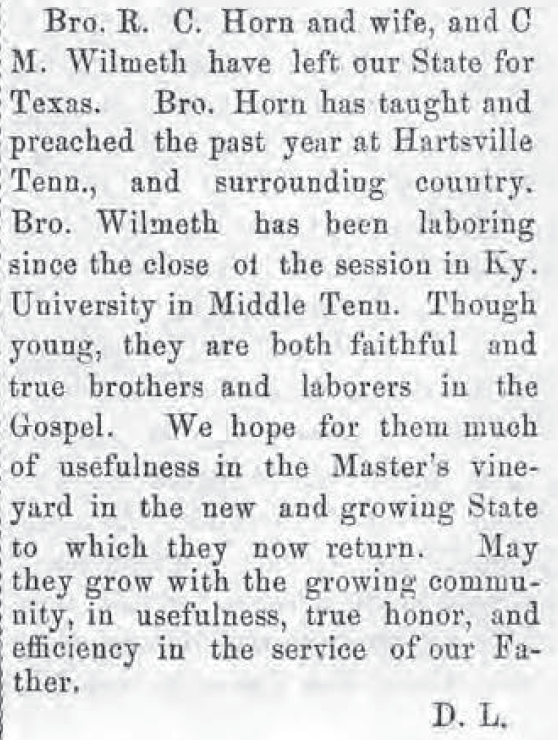 Report In The Gospel Advocate 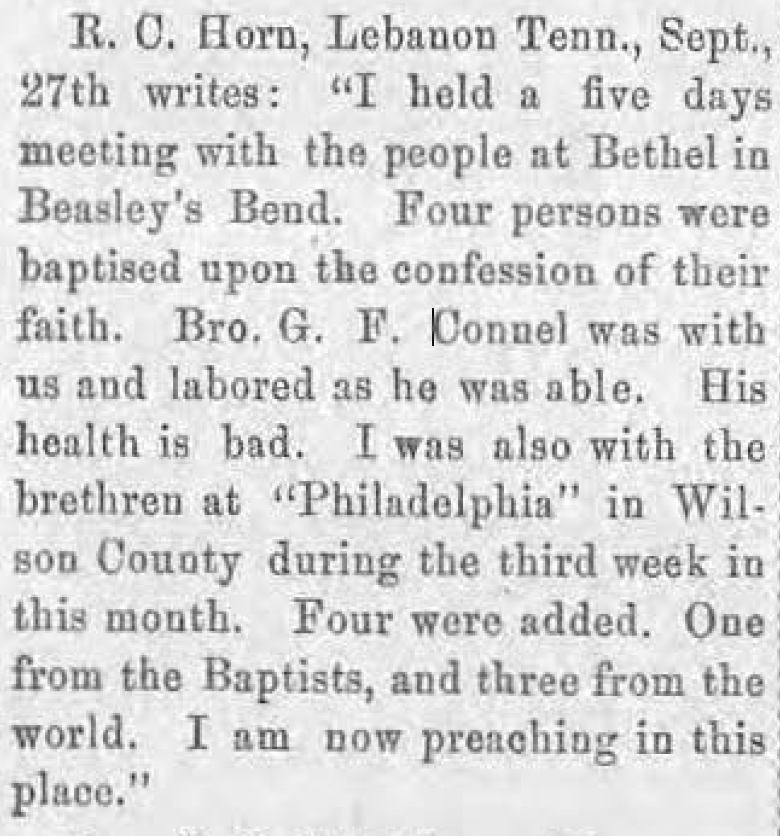 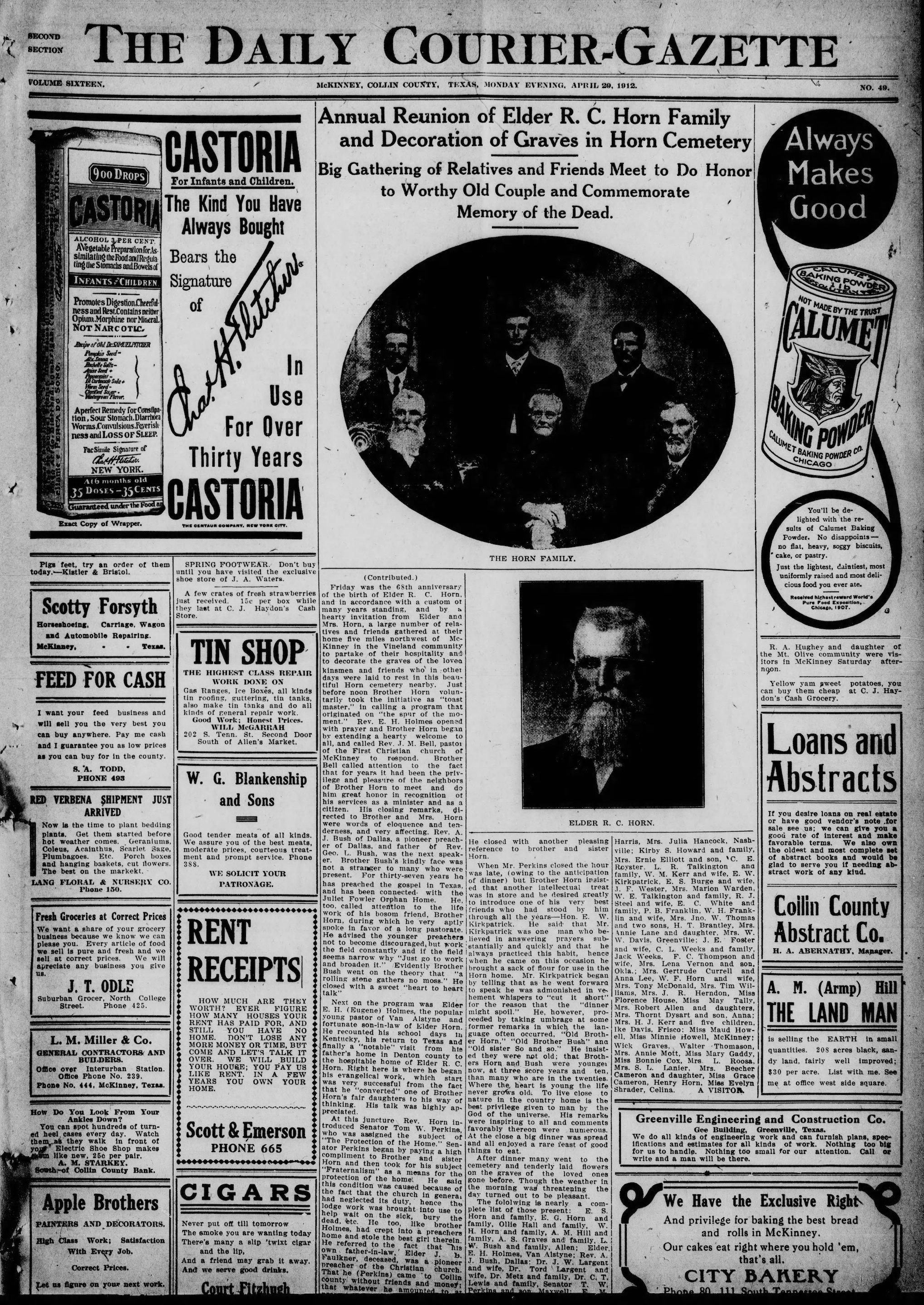 Robert Cannon Horn was born in Middle Tennessee, April 26th, 1844, came with his parents to Collin county November 1st, 1858, and has claimed this as his home ever since. He has lived on the farm purchased by his father for forty-five years, except while away in the army and at school. He served three years lacking a month in the Confederate service, and was wounded once. After the war closed he returned to his father's farm and made one crop, then entered school at Mt. Pleasant High school, then presided over by Elder J.S. Muse, in the house in which James Muse now lives. In 1867 he entered Kentucky University, and spent three years taking the English course and two years each in Latin and Greek. Having entered the ministry of the Christian church he began preaching in 1868 on a visit to his parents during the vacation of the school. In 1869 he visited his old home in Tennessee and preached for two months, having fine success as an evangelist. While here he met Miss Mildred C. Franklin, to whom he was married in 1870. They taught the Hartsville Male school for one year, after which they moved to Texas and settled where he now resides. He taught the public school at Vineland for five years, and taught one year at Farmington in Grayson county, after which he gave up teaching for the farm and pulpit. At the ballot box he has always been an uncompromising prohibitionist—always voting the Democratic ticket as far as he could consistent with his principles. He has been preaching in Collin county for over one-third of a century. He has preached almost monthly at Vineland for over thirty years. He preached for five years at Mantua, and for two years at Van Alstyne, for one-fourth time at each. He served the Christian church at Farmington, Kentucky town, Howe, then Helvey, and White Mound—was the first preacher of his church to preach at Whitewright. He served as preacher for the McKinney church for one-fourth for three or four years. Was preacher for one year each for Farmersville, Plano, Allen and Corinth churches, visiting each monthly. He also preached one year for Bethany, during which he also did mission work at Lebanon, where he organized a church and preached for them monthly for about fifteen years. He has led the people in building more than a dozen church houses, and has acted as architect for four or five. Besides this regular work he has served as state and district evangelist under the direction of the State Board of Missions in his church, also as evangelist for Collin and Grayson counties. He has been corresponding secretary of the Collin County Mission Work for many years, and has done much to build up the weak churches and to establish new ones. He has held meetings in Terrell, Kaufman, Ennis and McKinney, but his chief work has been among the farmers. He is at present preaching at Vineland and Roseland, where, under his leadership good houses have been built.

His family consists of four daughters and one son, to-wit: Mrs. John W. Thomas, formerly of McKinney, but now of Greenville; Mrs. Ben H. Oates, of McKinney; Mrs. Eugene Holmes of Whitesboro; Willie F. Horn, of Vineland, and Miss Helen Horn of Texas Christian University, North Waco, Texas. He finds time for practical farming stock raising and fruit growing. He also has written much on practical subjects for newspapers. He has a multitude of friends and no known enemies.

R.C. Horn is buried in the Pecan Grove Cemetery in McKinney, Texas. Take Hwy. 75 north of Dallas toward Sherman, Texas. At McKinney, take Hwy 399, South Central Expressway toward the East. In a couple of miles you will see the Cemetery on your right. Enter the main entrance and continue past the first section. The second section is a good bit longer. Go to end. See photos below to find the grave. Grave Location is Plot: Space: 2 | Lot: 6 | Block: 141. 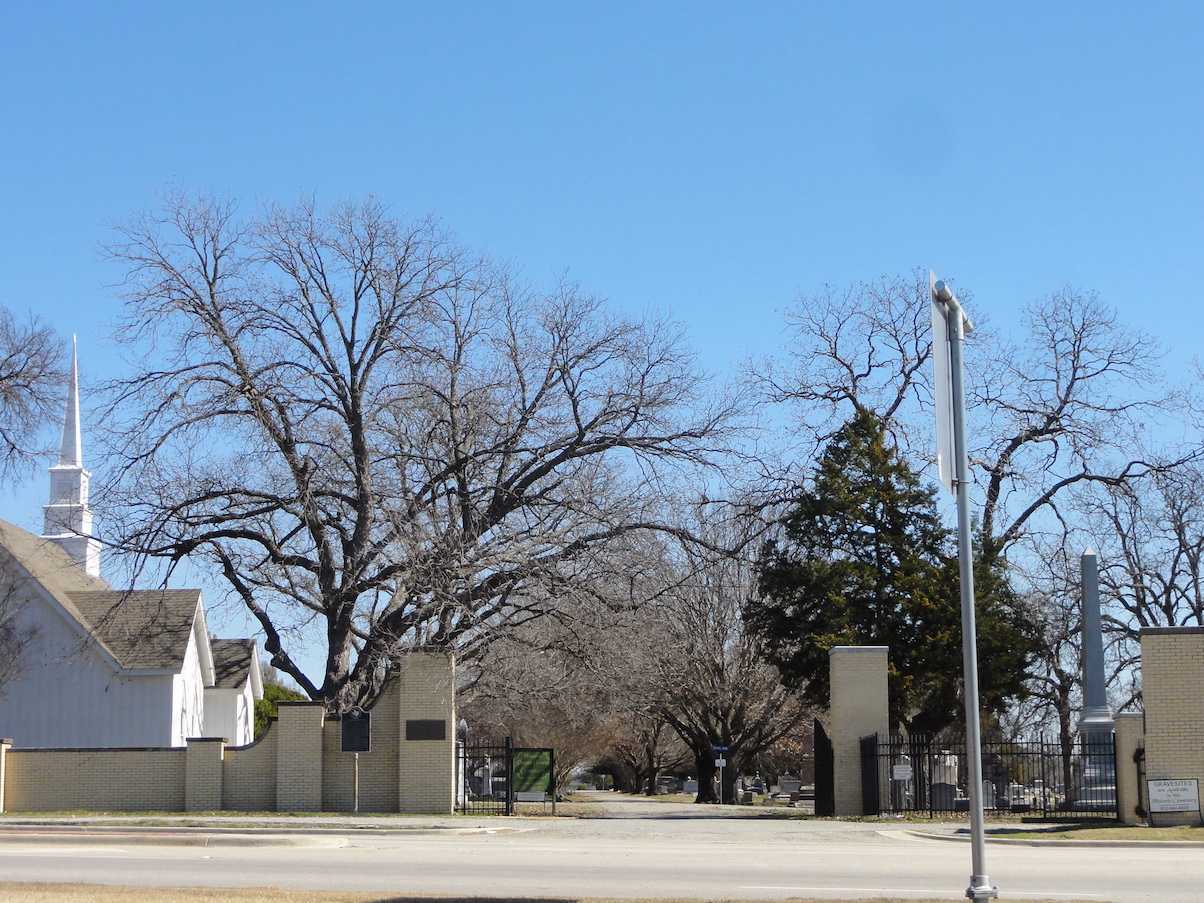 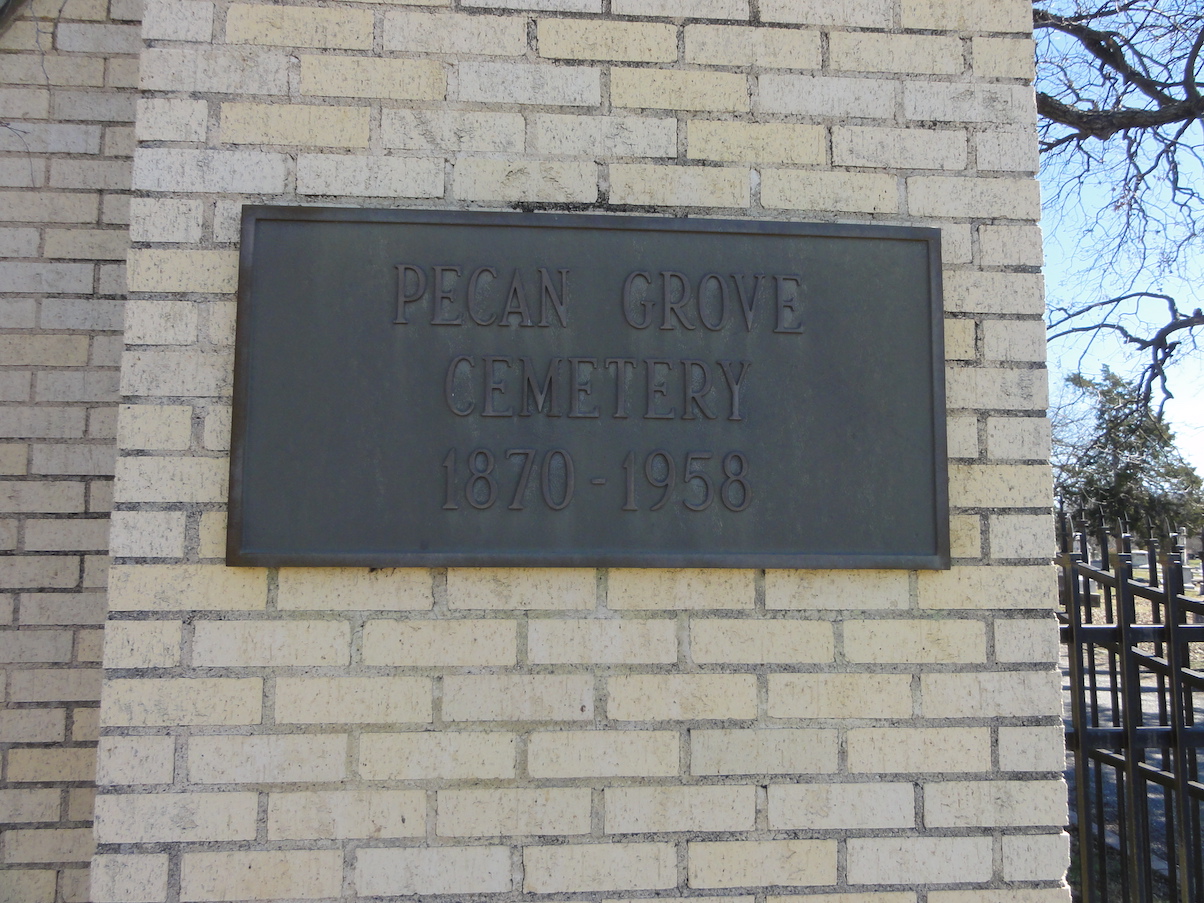 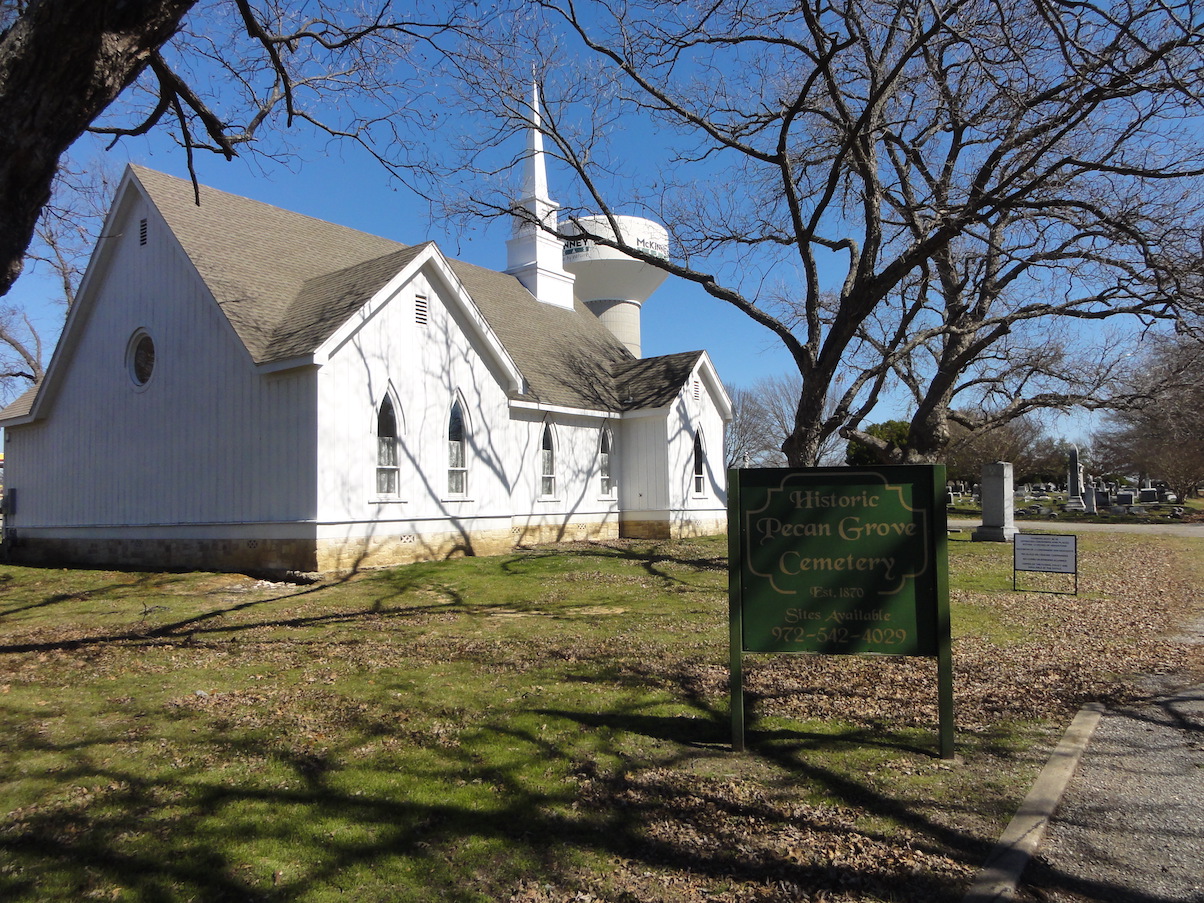 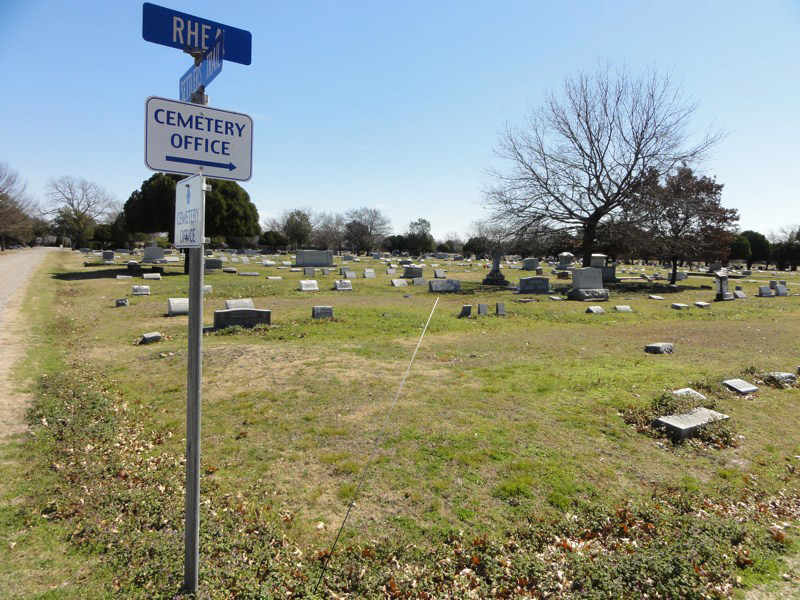 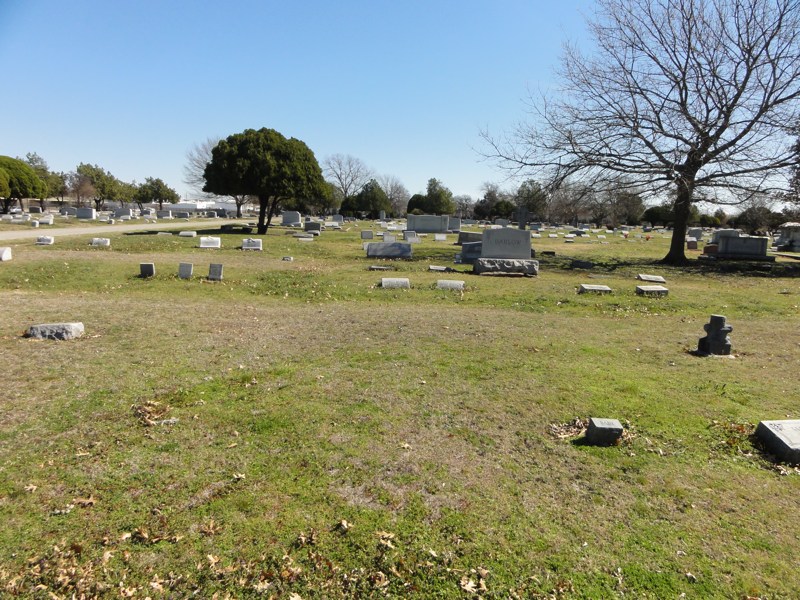 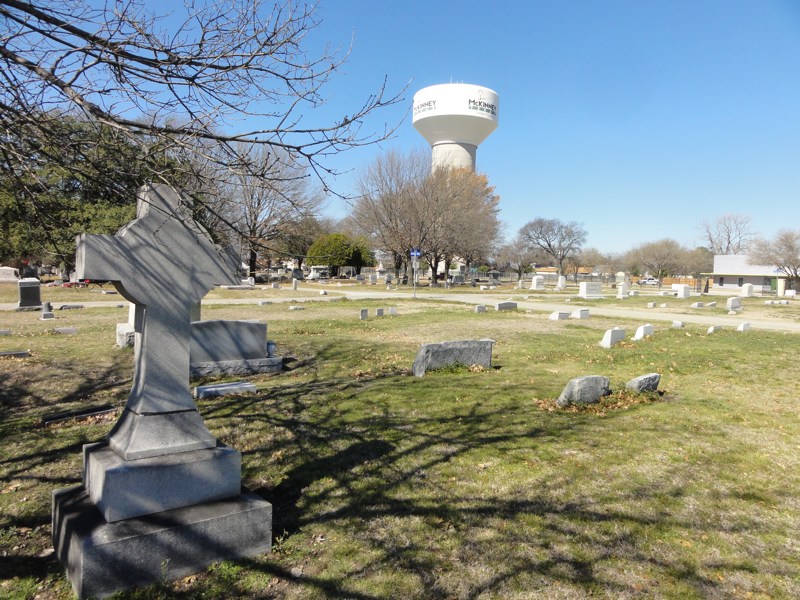 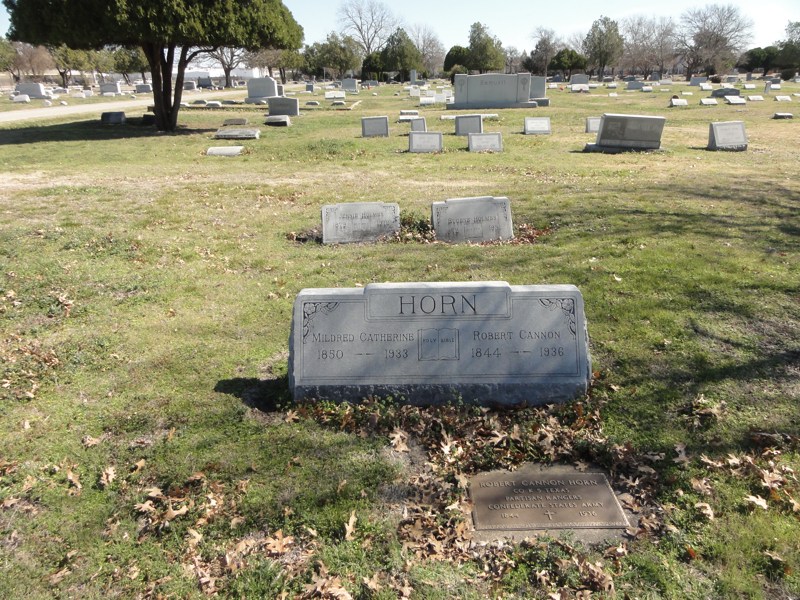 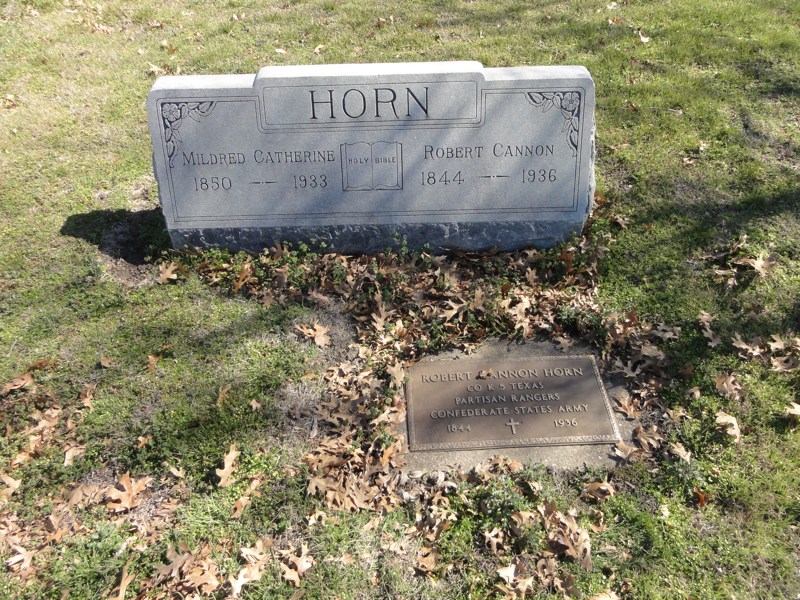 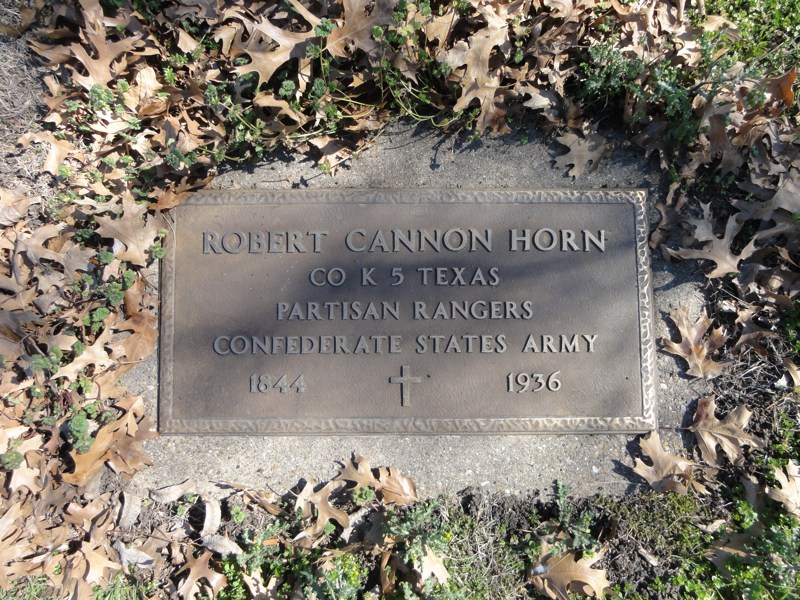 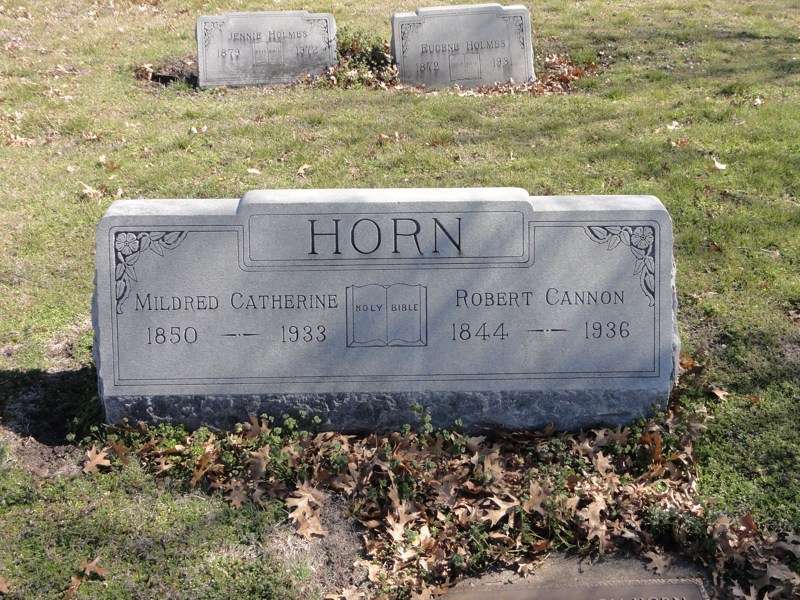