E. W. McMillan, 101, a minister, author and editor among churches of Christ for more than 80 years, died Feb. 15 at the Christian Care Center in Mesquite, Texas. Services were conducted at the Skillman Church of Christ in Dallas. He was buried in Holloway Cemetery. McMillan served congregations in Waco, Cleburne, Abilene, Fort Worth, Lubbock and Garland, Texas; Nashville and Memphis, Tenn.; and in Santa Ana and Whittier, Calif. He preached from 1909-1986 in nearly every state and in Japan, China, Korea and India. He attended Gunter Bible College, Austin College, Baylor University and Southwestern Baptist Theological Seminary. He has served on the faculties of Abilene Christian University, Pepperdine University, Lubbock Christian University, Columbia Christian College and Amber University, and he has received honorary doctorates from Harding University and ACU. McMillan founded Ibaraki Christian College in Japan and served as president and lecturer for four years, while at the same time serving as president of Southwestern Christian College in Terrell, Texas. His writings are extensive. He is survived by one daughter, one step-daughter, five grand-children and 12 great-grand-children.

Directions To The Grave Of E. W. McMillan

E. W. McMillan is buried in the Holloway Cemetery just south of Sherman, Texas and east of the city of Howe. From State Hwy. 75 north of Dallas go to the last exit for Howe, Hwy. 902. From Hwy. 75 you are about 5 miles from the cemetery. Travel east on Hwy. 902 through town. When you cross the Railroad tracks in Howe, go four miles east and turn left on Luella Rd. (Some maps have Holloway Cem. Road, but it is posted as Luella Rd.) Go 1.8 miles and you will see the cemetery on the right. Continue past the first entrance to the second, which is in a hard curve to the right. Travel up the hill into the cemetery toward the sign facing you and bear to the left in front of the sign. Go into the center drive up the hill, and the Baxter plot is just on your right. The McMillans are buried toward the rear of the Baxter section. While in the Baxter plot be sure to visit the grave of E. W. McMillan's wife's first cousin, Batsell Baxter 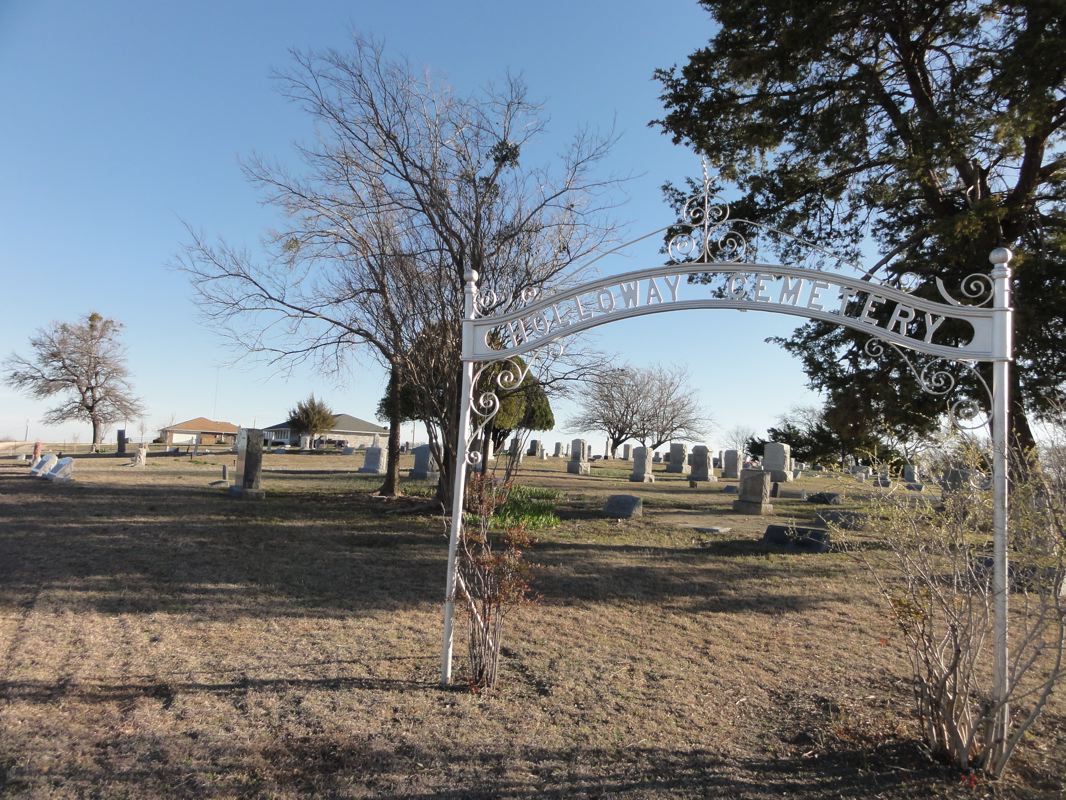 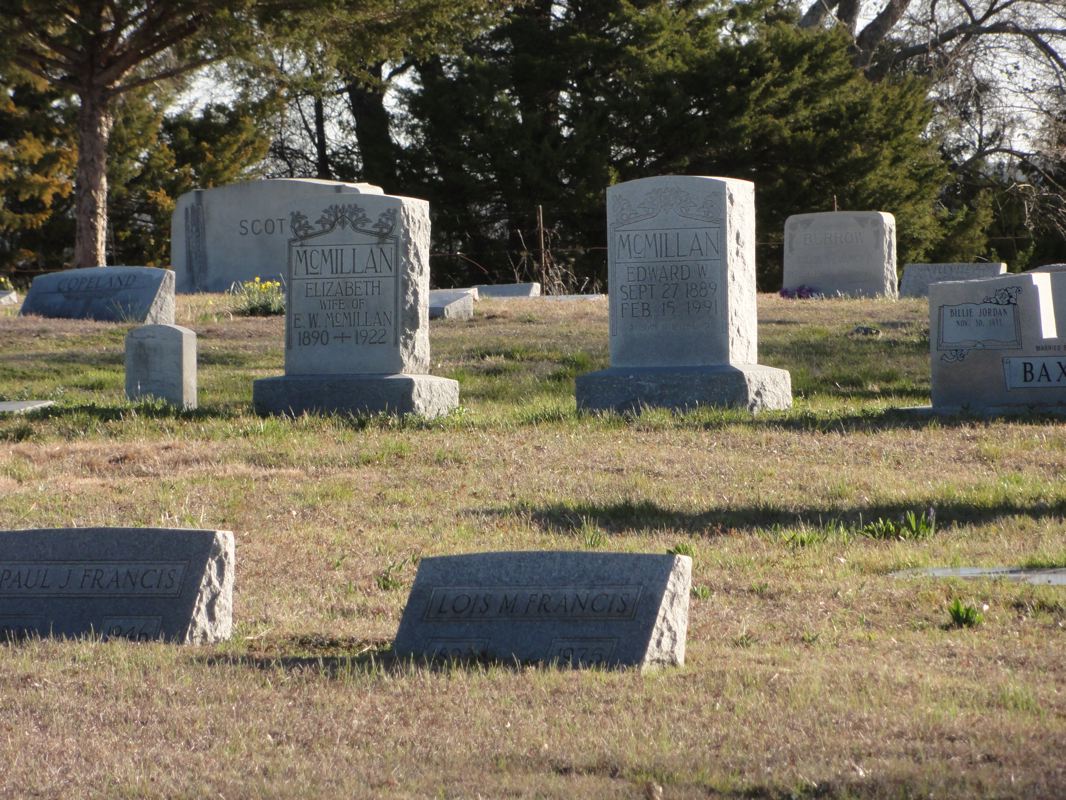 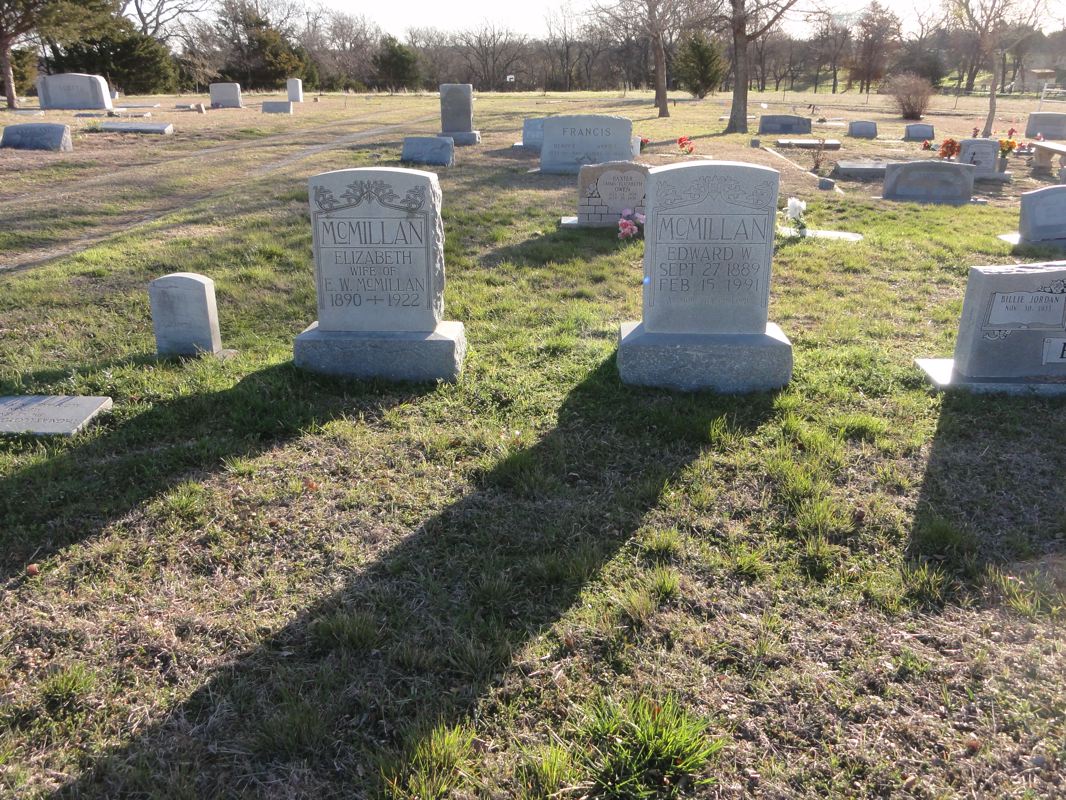 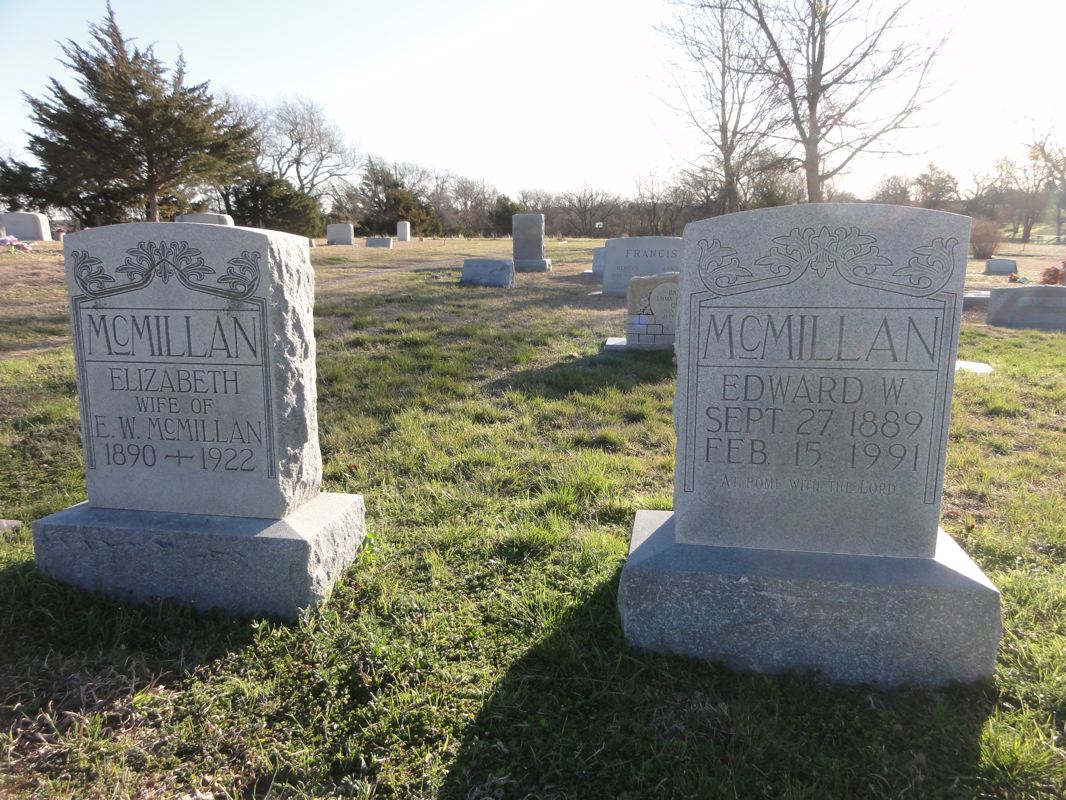 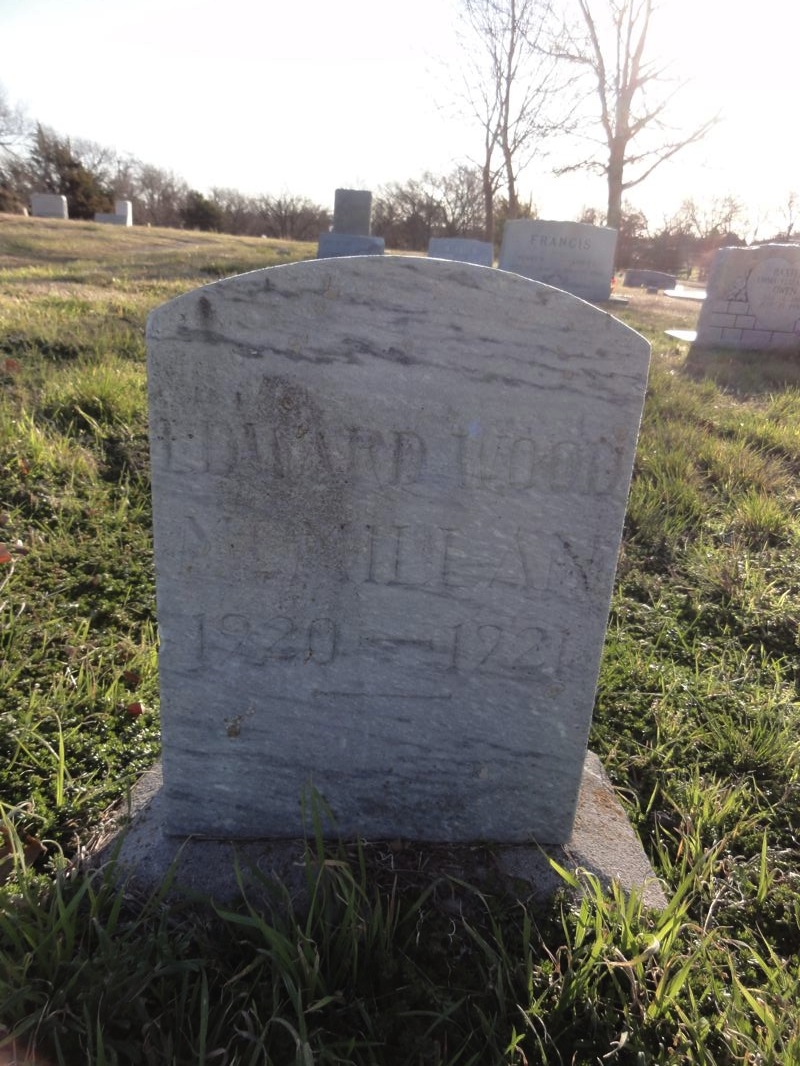 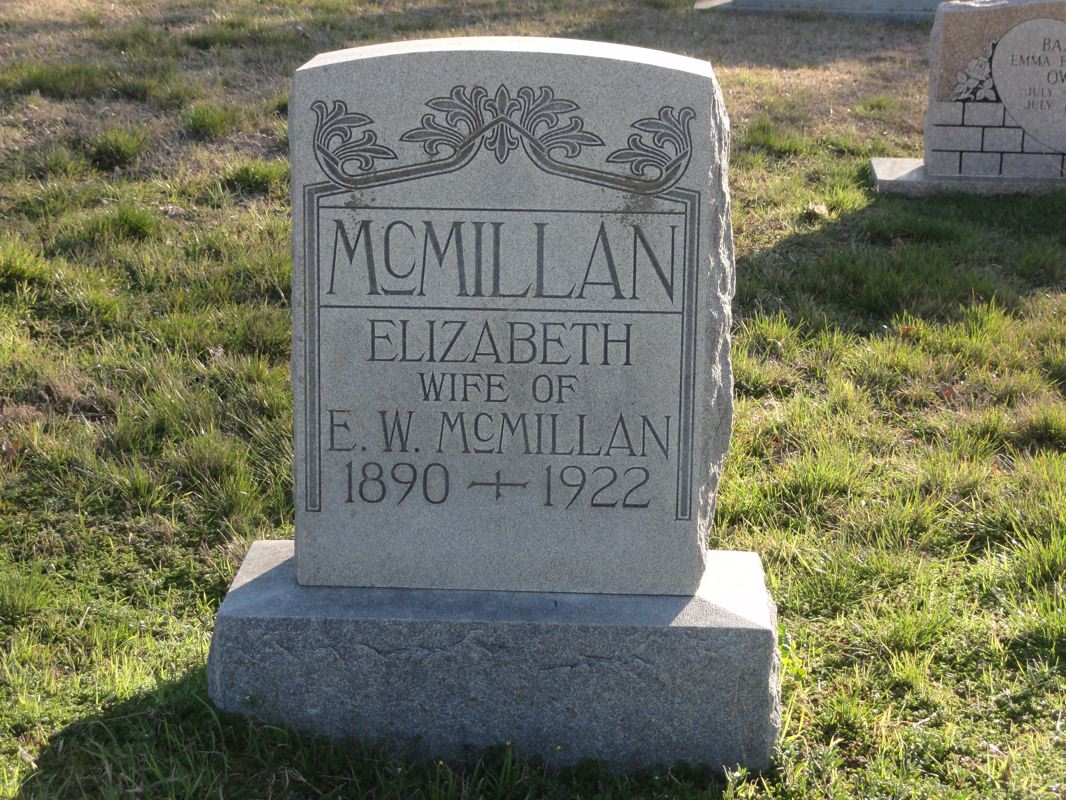 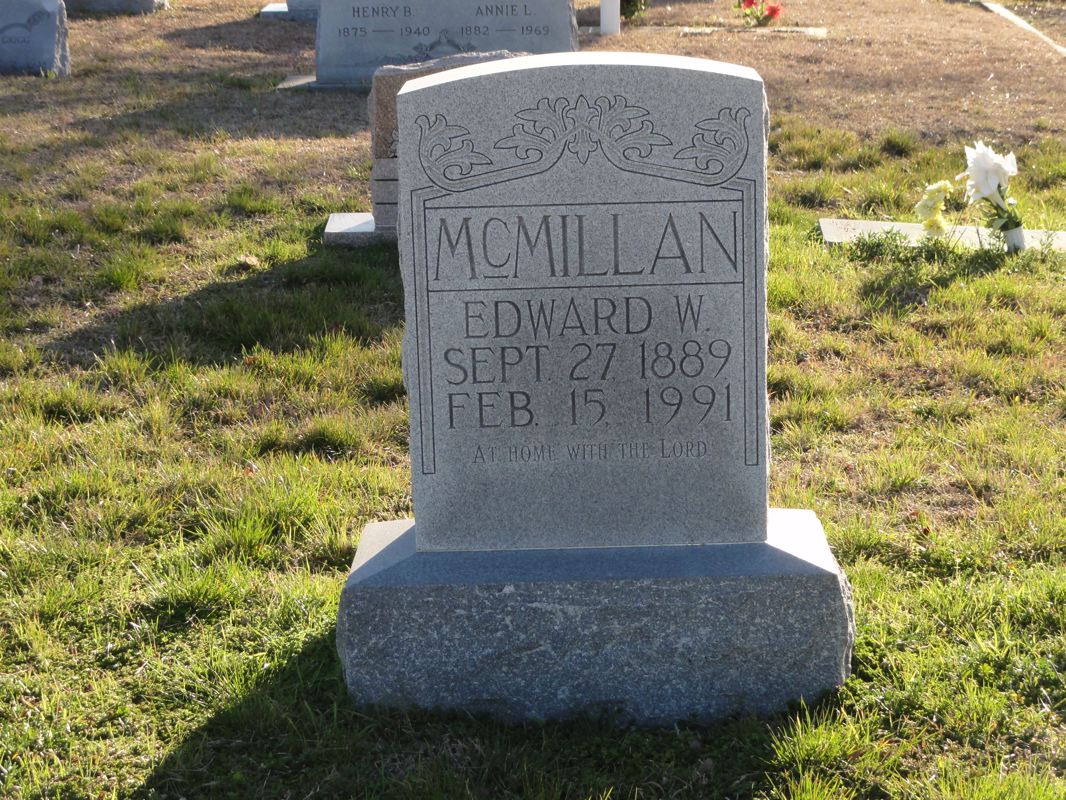 Web editor note: In February, 2012, it was my privilege to visit the grave of E. W. McMillan. I was invited to take part in the annual Affirming The Faith Lectureship in Oklahoma City, Oklahoma. Getting into the area early, I was afforded the opportunity to put about 2000 miles on a rental car in order to locate graves of gospel preachers and church leaders of yesteryear in a wide area. My fourth day I was able to visit the grave of E. W. McMillan. His wife's first cousin, Batsell Baxter is buried close by.