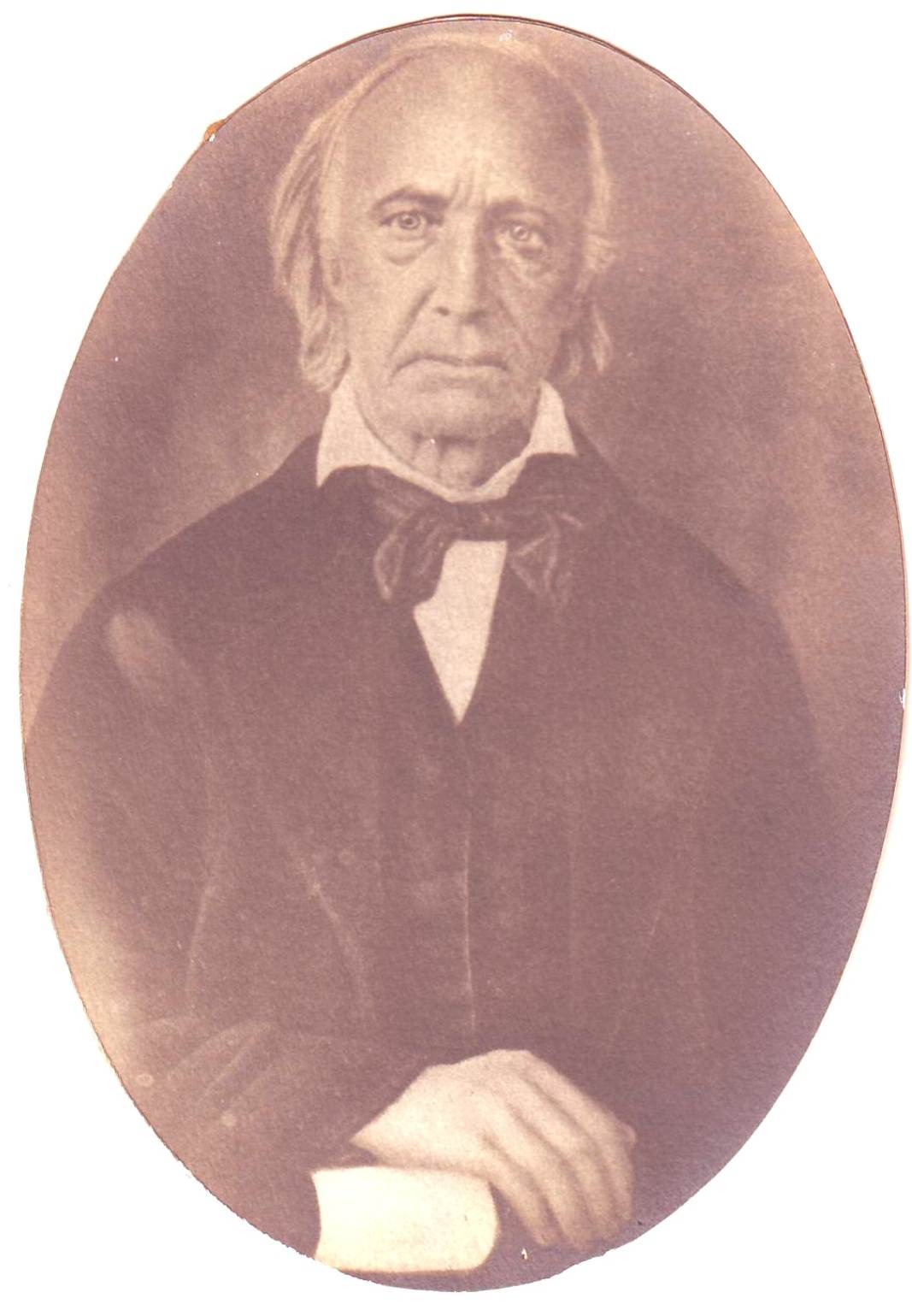 Ephraim D. Moore was born the 30th of January, 1782 in Transylvania County, North Carolina. He was the son of James Moses Moore II (1731-1782) and Hannah Ann Alexander Moore (1736-1802). He never knew his father, and at a young age moved to Tennessee. There he was introducted to New Testament Christianity, and was baptized for the forgiveness of his sins in 1807. Soon after he began preaching the old time gospel. Moving the northwest corner of Alabama, he settled there preaching in Lauderdale County. He was instrumental in the conversions and early development of great men of the gospel like Allen Kendrick, Tolbert Fanning, and Carroll Kendrick. In late 1835, his pioneer spirit led him and his family to move west across the Mississippi and the Red River where he and others settled in what is now the northeast Red River County. They arrived in Clarksville, Texas January 17, 1836. With their arrival, the church of Christ became the first non-catholic Christian church on Texas soil. There E. D. Moore settled, and spent the remainder of his days. He passed from this life the 15th of October, 1859. He was 77 years of age. He is reported to have been buried in the Old Shiloh Cemetery in Mantua. 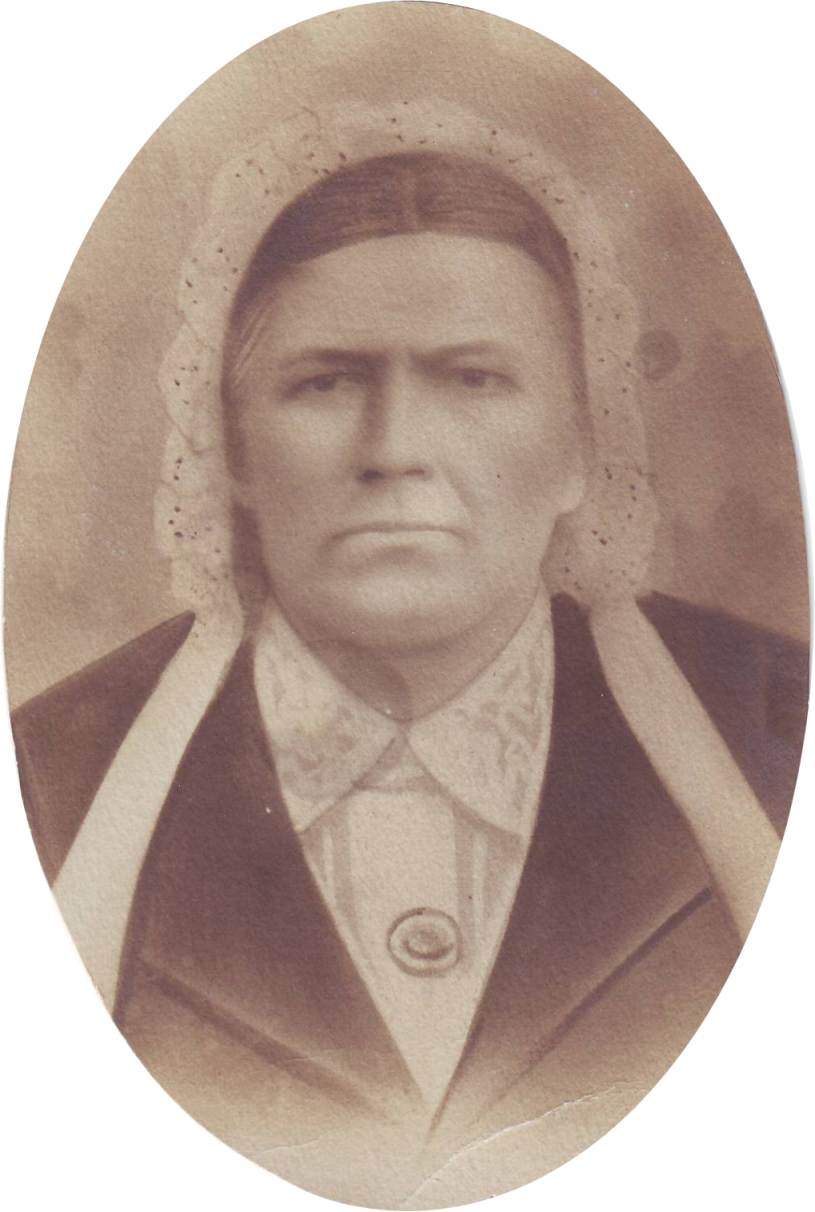 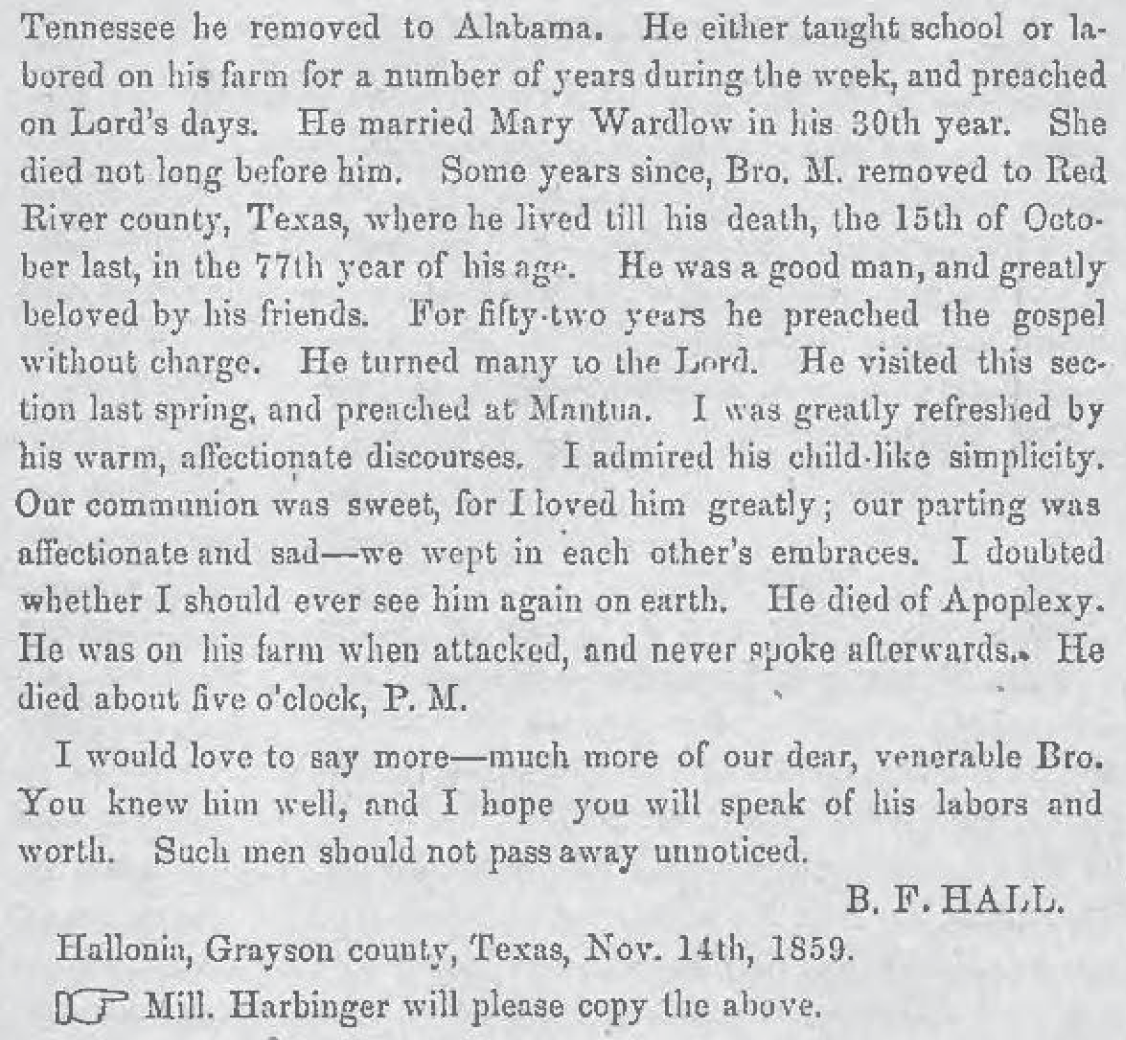 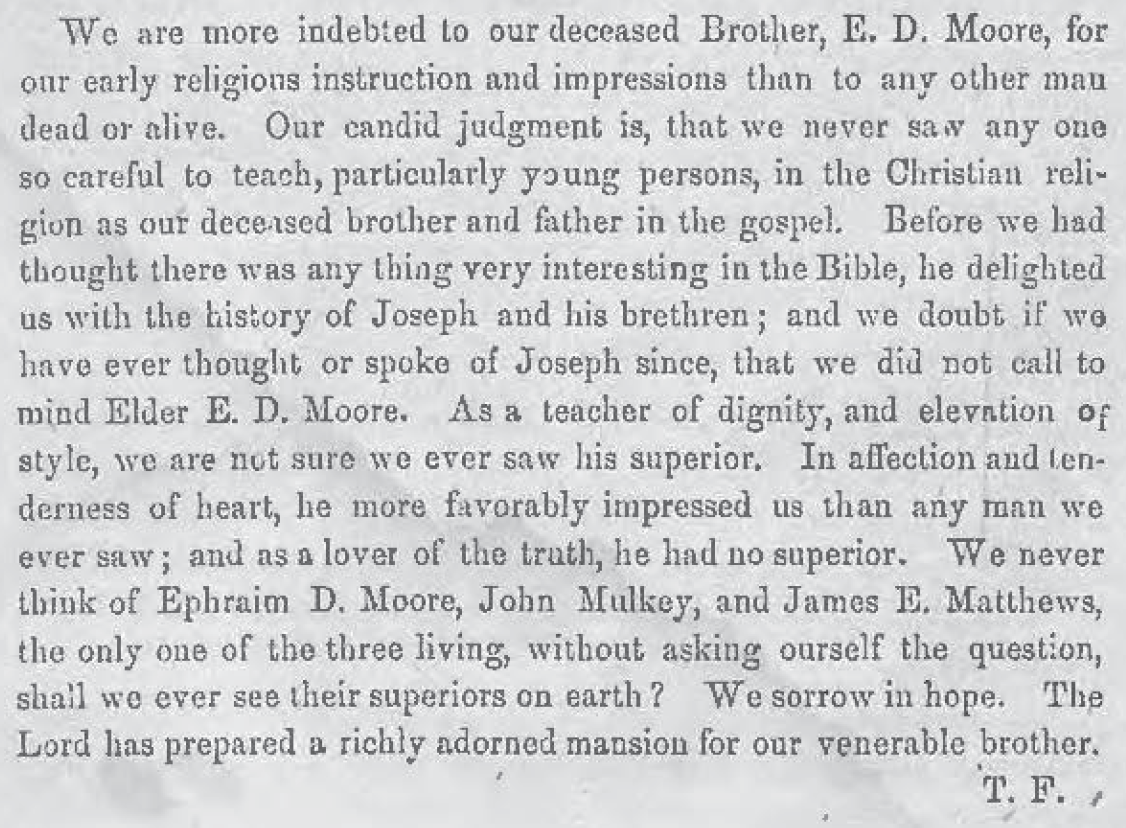 Location of the Grave Of Ephraim D. Moore

For some years the search has been on for the location of the grave of Ephraim D. Moore. It is known that he lived in Red River County at the end of his life. He is reported as living there in the 1850 U.S. Census. Yet no cemetery inscription records available show the specific whereabouts of his grave and that of his wife, Mary. According to Find-A-Grave, he is buried in the Old Shiloh Cemetery, in Madras, Red County, Texas. This cemetery is locationed about 6 miles north of Clarkesville, Texas. Take FM 1159 north and turn right on FM 3202. The cemetery is on the right side of this road in a hard bend. The last we heard from anyone who had tried to find the grave said the cemetery was overgrown, and in spite of efforts they could not find a grave marker. Perhaps the graves of Ephraim and Mary Moore will be discovered someday, or a marker will be erected to memorialize these two godly people.

Special thanks to Wayne Kilpatrick who found the photos of Ephraim and Mary Moore while visiting the Disciples Of Christ Historical Society where these photos and some biographical information are on file.

Around 2010 I had the privilege of going to Clarksville, Texas to search for information and maybe the grave of Ephraim D. Moore. After and hour our two in the library, with no luck, I proceeded to look for the oldest cemeteries in the county, and just walked through them to see if maybe I might stumble upon the old grave that had not been inscribed