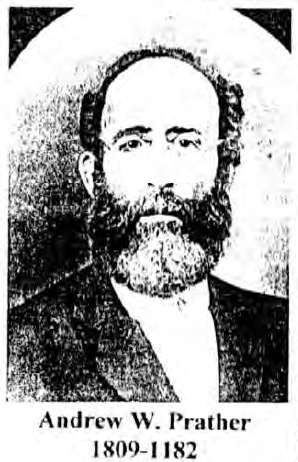 The ancestors of Andrew Prather came from Virginia into Kentucky, settling in Nicholas/Bourbon County and the Hinkston Creek area, very near the Cane Ridge Meeting House. Several of the Burris family members, connected to the Prather's line of descendants, are buried in the Cane Ridge cemetery near the north east corner of the meeting house, in a wrought iron fenced area.

Jeremiah Prather moved his family to Kirksville, Missouri sometime around 1846. Andrew, the son of Jonathan Prather, and grandson of Jeremiah Prather, preached much in Missouri and western Indiana until he moved into Texas and married Mary Elizabeth Alston on March 24, 1849 at Anderson County, Texas. Her mother's parents lived on a ranch near San Jacinto which became the site of the great battle which won independence for Texas.

Andrew had been preaching in the Red River country of Texas in 1850, and had been very outspoken as to his anti-secessionist views. Threats were made on the lives of those of such persuasion and thirty families, including the Prathers, left the area in a wagon train headed for California. The train was attacked by Apache Indians just west of Uvalde, but they were able to fight them off with only one human casualty and the loss of several oxen killed in the fight.

Andrew and Mary Elizabeth finally settled at Pipe Creek in Bandera County, Texas where, for the rest of his life, he ranched and preached much throughout south and southwestern Texas. The Prathers are buried in the Pipe Creek Cemetery located off Farm Road 1283, just south of Pipe creek (See map). Where the West Never Died, Pp. 17 ff; Millennial Harbinger, October 1834, P. 519; March 1840, P. 138; and November 1856, P. 659.

Directions To The Grave Of Andrew Prather

Directions from San Antonio - Take I-10 West to Boerne. Take Exit 540/Hwy 46(Also called RR475) and turn west. It's about 12 miles to Pipe Creek. Go right on Hwy. 16 and head into Pipe Creek. Turn left on RR 1283. Less than a mile on the left, the Pipe Creek Cemetery is well-marked. Prather's grave is on the western side of the cemetery. 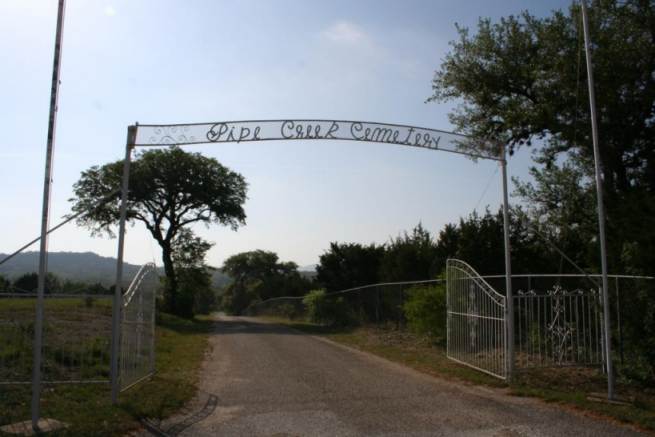 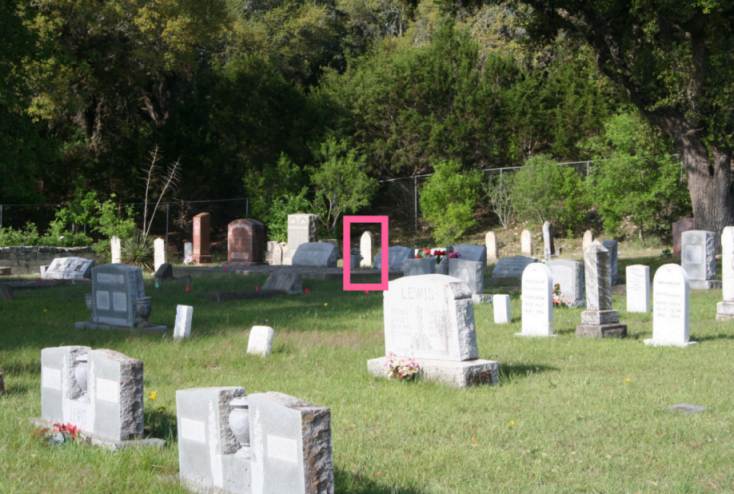 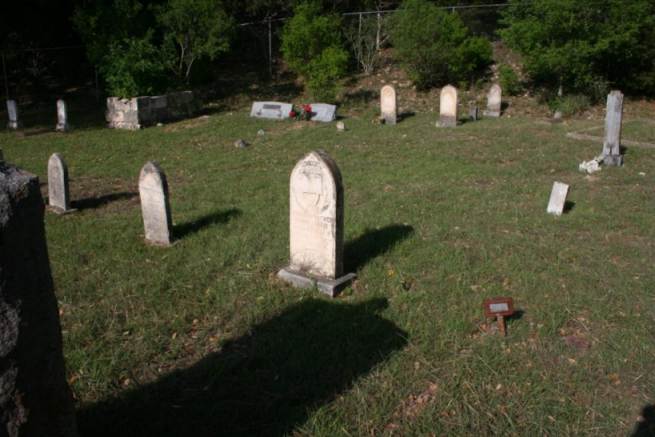 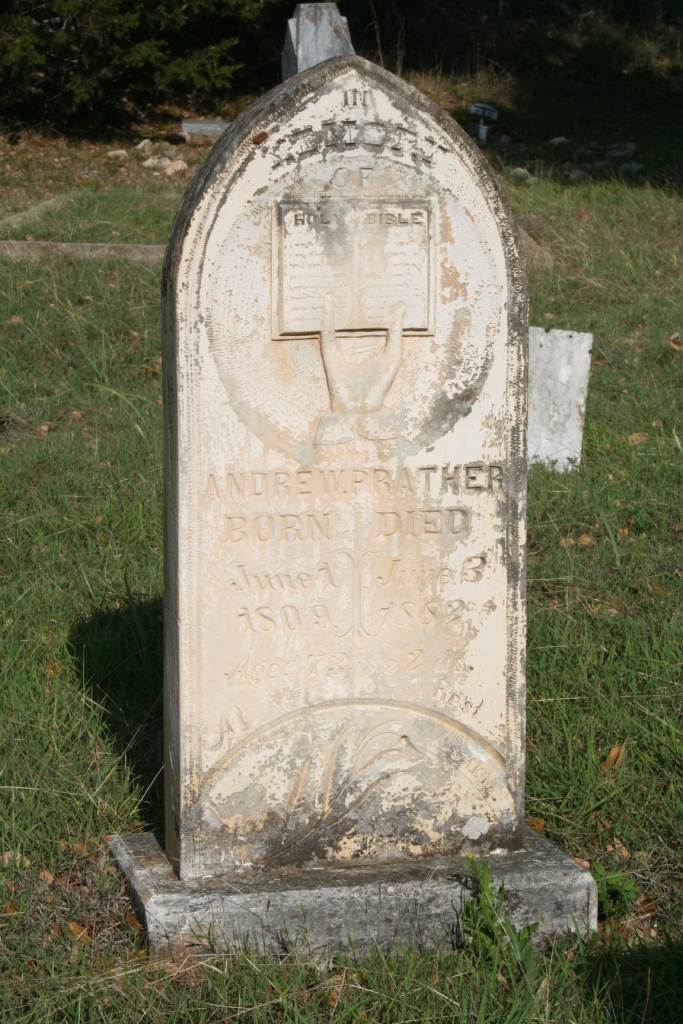 Special thanks to Jeff Tacker and http://www.BehindTheRestoration.com for pictures and directions to the grave.