Brief Sketch On The Life Of Charles H. Roberson

Charles Heber Roberson was born in Robersonville, N.C., Feb. 28, 1879. In 1892 his parents moved to Marshall County, Tennessee, where he attended public schools. When nineteen years old he entered Georgia Roberson Christian College, where he pursued his studies till graduation, with the B.S. degree in 1901, and the A.M. degree in 1902.
Soon after his graduation he was elected principal of the high school at Moorsville, Tennessee, where he taught four years with success.
In January, 1905, he was married to Miss Eudora McCorkle, who after a brief illness died the same year.
In 1906 he moved to Abilene, Texas and taught two years in the Christian College. He taught the first class in the institution. In 1908-1909 he taught in the Southland University, Denton, Texas. For a while he also served as teacher in Clebarro College, in Cleburne, Texas, a school in which he served as secretary-treasurer, and was part owner.
While at Clebarro, he fell in love with one of his associate teachers by the name of Miss Katharine Mayers. They were married in August, 1909.
He was baptized into the One Body in 1893, after which time he became very active in the work of the church. Study of the Bible was of great importance, which led him to the proclamation of the gospel publicly in 1908. His life was full as he taught school during the week, and preached somewhere each "first day" and at other times as he had opportunity.
Charles passed from this life March 30, 1953. Katharine lived another 21 years, passing October 30, 1974. They were buried in the Abilene Municipal Cemetery in the Cedar Hill Section. 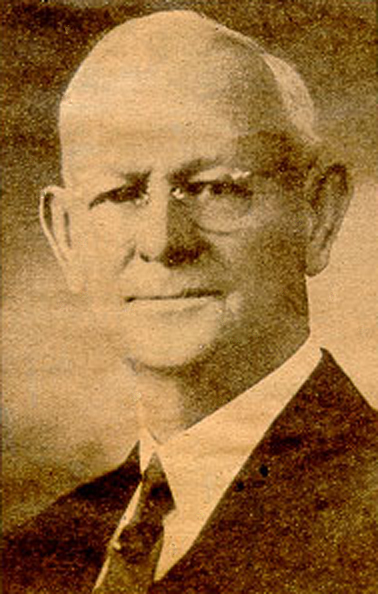 Charles Heber Roberson, Sr., age seventy-four, one of the founders and first faculty members of Abilene Christian College, died at the family residence, 1618 College Drive, at 3 A.M., Monday, March 30. He had been ill a year and confined to bed the past month. Funeral services were held Wednesday, April 1, in the College church of Christ in Abilene, with Don H. Morris in charge. Burial was in the family plot at Cedar Hill Cemetery. Survivors are the wife; two daughters, Mrs. John W. Holton, of Washington, D. C., and Mrs. Paul Rotenberry, of Searcy, Ark.; two sons, James A. Roberson of Abilene, and Charles H. Roberson, Jr., of Anson; six grandchildren; one brother, H. Leland Roberson, of Fort Walton, Fla.; one aunt, Mrs. Emma Finley of Marshall; and two cousins, Dr. John A. Roberson of Levelland and Chesley Roberson, of Ostella, Tenn. Seven children were born to the Robersons, but two died in infancy at Terrell and a son, Henry, was killed while serving as a pilot during World War II.

Brother Roberson was born February 28, 1879, at Robersonville, N. C., the old family home. He was the son of Betty Bullock and James Baker Roberson. Early in his life the family moved to Tennessee, where he received part of his public school education. Later he attended Georgia Robertson Christian College, now Freed-Hardeman College, Henderson, Tenn., receiving his Bachelor of Arts degree in 1901 and his Master of Arts in 1902 with a major in Greek and Latin. During the next four years he taught in the public schools of Tennessee.

In the fall of 1906 when Abilene Christian College was opened, Brother Roberson was one of the first faculty members. He had spent the summer before traveling over Texas with then President A. B. Barret, trying to arouse support and interest in the new school they expected to establish. When the doors of the school opened in the fall there were about one hundred students and nine teachers. For forty-five years Brother Roberson was closely related to the development of Christian colleges, during which time he had a vital part in starting and developing five of them. After teaching two years in Childers Classical Institute, the original name of Abilene Christian College, he moved to Southwestern Christian College at Denton. The school closed its doors in 1909. This same year, again joining hands with A. B. Barret, he opened Clebarro Christian College at Cleburne. This school struggled financially about eight years and with the beginning of World War I it went out of business. Brother Roberson then taught one term Thorpe Spring Christian College, until he decided to enter school again. In 1918 he entered the Graduate School of Texas Christian University, and while working on an advanced degree he also taught physics and chemistry in the University.

In 1919 he entered upon his work as professor of Bible in the University of Texas Bible Chair maintained by churches of Christ. For nine years he worked in Austin and took all the Greek and Hebrew courses the university then offered. He also taught some classes in mathematics in the university during this period. In 1928 Brother Roberson moved to Terrell to teach in Texas Christian College. This school had been moved to Terrell from Thorp Spring and its name changed, but due to the depression years it finally had to close its doors. Once more Brother Roberson Joined an old associate, James F. Cox, then president of Abilene Christian College, on the Abilene campus. He was made head of the Bible Department in 1932, a position he held until his retirement in 1951.

Brother Roberson was not only busy through the years in teaching, but also in writing and doing research in religious fields. He is the author of many books and pamphlets, but perhaps his best known work is the book entitled "What Jesus Taught," published in 1930. Most recently he had been engaged in research into the meaning and derivation of the word "psallo." Among other books he authored were "Bible Versus Modernism" and "Studies in Revelation."

Brother Roberson was married in 1909 to Katherine Moyers, of Ferns, Texas. He entered the ministry more than forty years ago and had been active in the church many years prior to that. He held his first meeting in 1908 in Bell County Texas. He was never a regular minister of a congregation. His preaching was mostly by appointment. At one time or another he had spoken in most of the states of the United States. He was awarded an honorary Doctor of Laws degree by Abilene Christian College in 1940.

Directions To The Grave Of Charles H. Roberson

C.H. Roberso is buried in Abilene, Texas in the City Cemetery. The Abilene Municipal Cemetery is located in Abilene, Texas. In Abilene, take I-20 to Exit 290, Hwy. 332. As you head south from the exit you will need immediately to turn right, heading west on E. North 10th Street. Head out about a mile and you will see cemeteries on your left and right after the Railroad crossing. Enter the main entrance to your right, then take the first right. Go to the second left. Then go past midway to the end of the road and begin looking in to your left. The Roberson plot will be facing you. See Cemetery Map Here 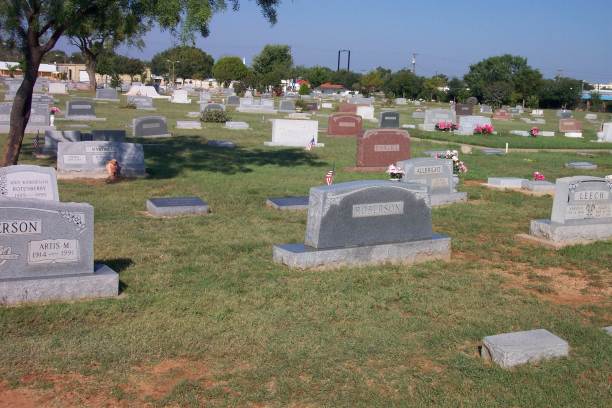 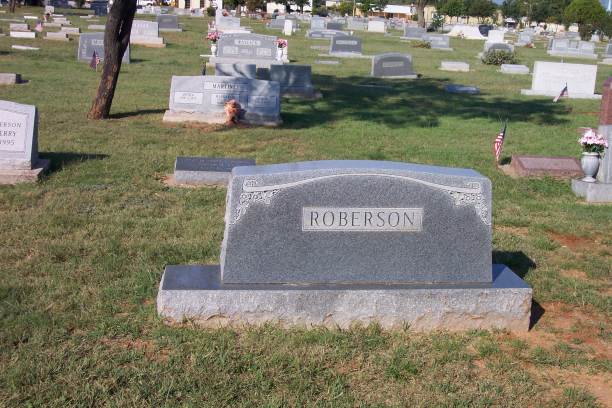 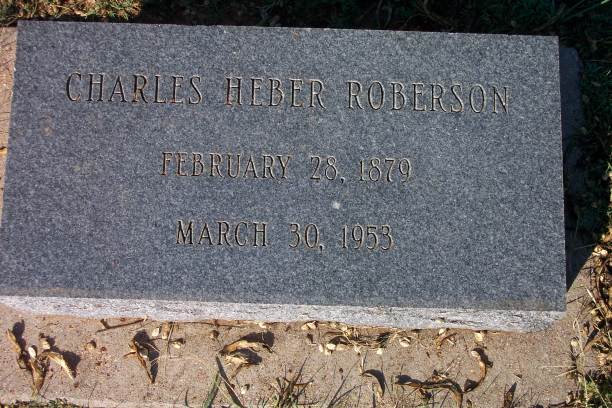 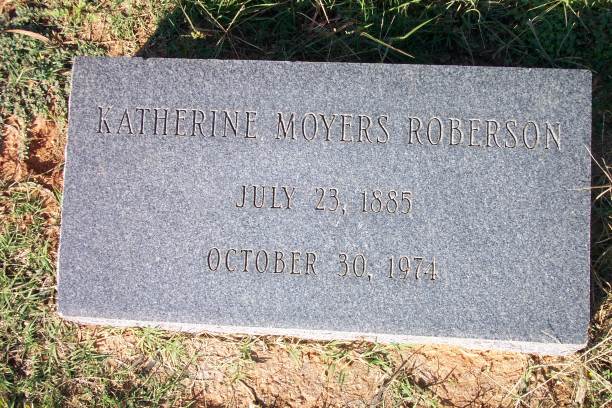