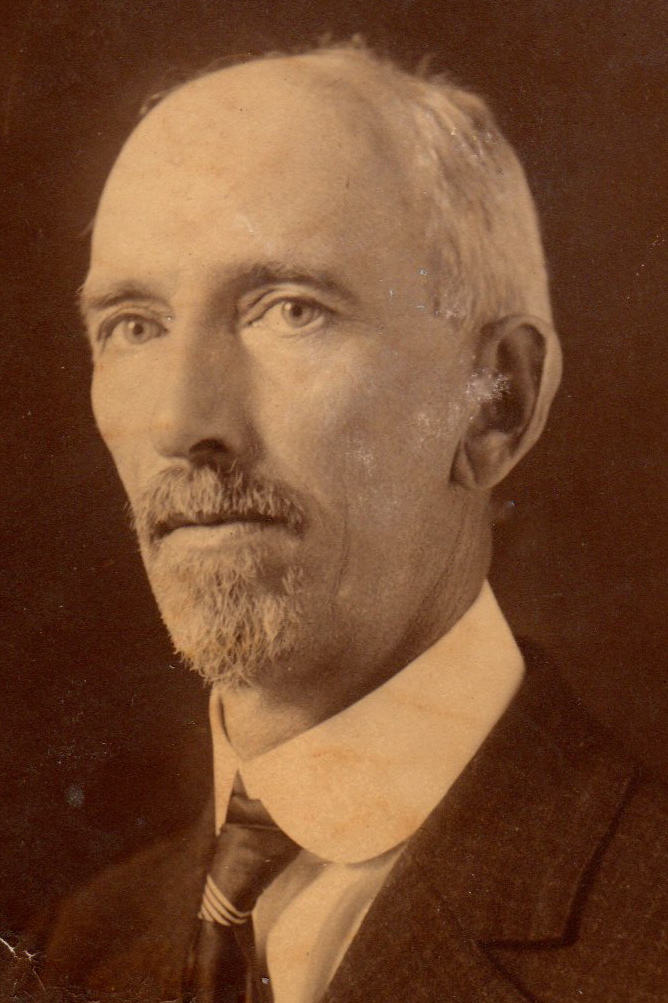 The Life Work Of John Straiton

... make known unto you, the beloved brother and faithful minister and fellow-servant in the Lord." (Col. 4: 7.)

Brother Straiton is a most interesting and charming character. He was born June 26, 1864, in the village of Limerigg, Slamannan, Stirlingshire, Scotland. So he is by birth and location a Scot. He was educated in the public schools of his town, and received such training as was furnished at that time in that country. At the age of eighteen he was baptized into Christ by James Anderson, a gifted and pious gospel preacher in that country. Soon after he became a Christian he began to make short talks and gradually developed into a preacher.

In 1891 Brother Straiton was asked to resign from business and go to Ireland as an evangelist.

James Anderson, his father in the gospel, was in charge of the work in Belfast, and from him Brother Straiton received much valuable help as a gospel preacher. While he sojourned in Belfast, he had several public discussions on religious subjects. He remained in Ireland fifteen years, and made frequent visits to England and preached in London, Manchester, Leeds, Liverpool, Leicester, and many other towns in England. This experience helped to broaden his education and gave him a culture that has been a blessing to him throughout the years.

In 1906 Brother Straiton came to the United States and settled in Texas. He has lived in Texas since coming to America. In 1924 he and his good wife made a visit to Europe and remained there three months. While there he preached one Sunday in Paris, France, to a small church of Christ. However, he had to have the benefit of an "interpreter of tongues," as he did not speak the French language. Six years ago he retired from business and has been working with the church at Burleson, Texas.

3. The chief end of all Christian enterprise is soul winning.

5. The value of the human soul.

More Info From The Family

John and Jeannie Bell Waugh were married by the evangelist James Anderson on May 18, 1888 at Rutherglen, Scotland. They settled in Hamilton, Scotland after their marriage and he went to work for the Hamilton Central Coop Society.

During that time, he continued as a disciple of James Anderson, and preached whenever he had the opportunity.

In January, 1892, they, along with their first two children, moved to Belfast, Ireland to work with James Anderson. When they arrived the Church had 22 members. Within a year, the membership had tripled.

The Church of Christ of Scotland recalled James Anderson from Ireland in the late 1890's for another assignment. John Straiton worked in the Church in Belfast with a Brother Mortimer, but he soon was called to Londonderry.

About April 11, 1906, John and Jeannie Straiton boarded a ship for America with eight children. The trip across the ocean took one month. They landed in Boston on May 11, 1906.

After traveling to Texas, John's first work in the United States was with the McCord Collins Wholesale Grocery Company. He continued as a traveling food salesman for the next thirty years. His territory was primarily West Texas and New Mexico. If he was away from home on Sunday, he usually would preach in the locality where he was staying.

John Straiton baptized eight of his nine children, and performed the marriage ceremonies for five of the seven children who were married.

When he retired from business, John increased his church work. For several years he supervised a vacation Bible school each summer among the Churches of Christ in Fort Worth. From 1940 to 1945, he was Minister of the Church of Christ in Burleson, Texas. Later he taught a Sunday School class until the time of his death at 87.

-Source: This information was passed to your web editor by Tom L. Childers in 2009. It was written by a descendant of John Straiton in a correspondence with him. Thanks to Tom, Suzanne and other members of the family who have preserved family members.

Directions To The Grave of John Straiton

John Straiton is buried in the Greenwood Cemetery in Fort Worth, Texas. The cemetery is relatively close to Texas Christian University where G.A. Lewellen taught. Access to the location begins with being in downtown Fort Worth, Texas. Take I-35W to I-30 heading west. Take the University Dr. exit 12A. Turn left, north, on University Drive. Turn left on White Settlement Rd. The cemetery office will be on your right. Continue until you can enter the cemetery at the main entrance where the four horses and flags are located. Enter the cemetery. Go past the first round-about, then to the second. In the middle of the second round-about turn right. Go to the next turn to the right, and turn. The Straiton plot will be up at the next corner on the left. Plot Info: Section 3E; Blocks 3 & 6, Lot #129. Whille in the cemetery be sure to visit the grave of G. A. Lewellen, and another preacher, R. C. Hampton. 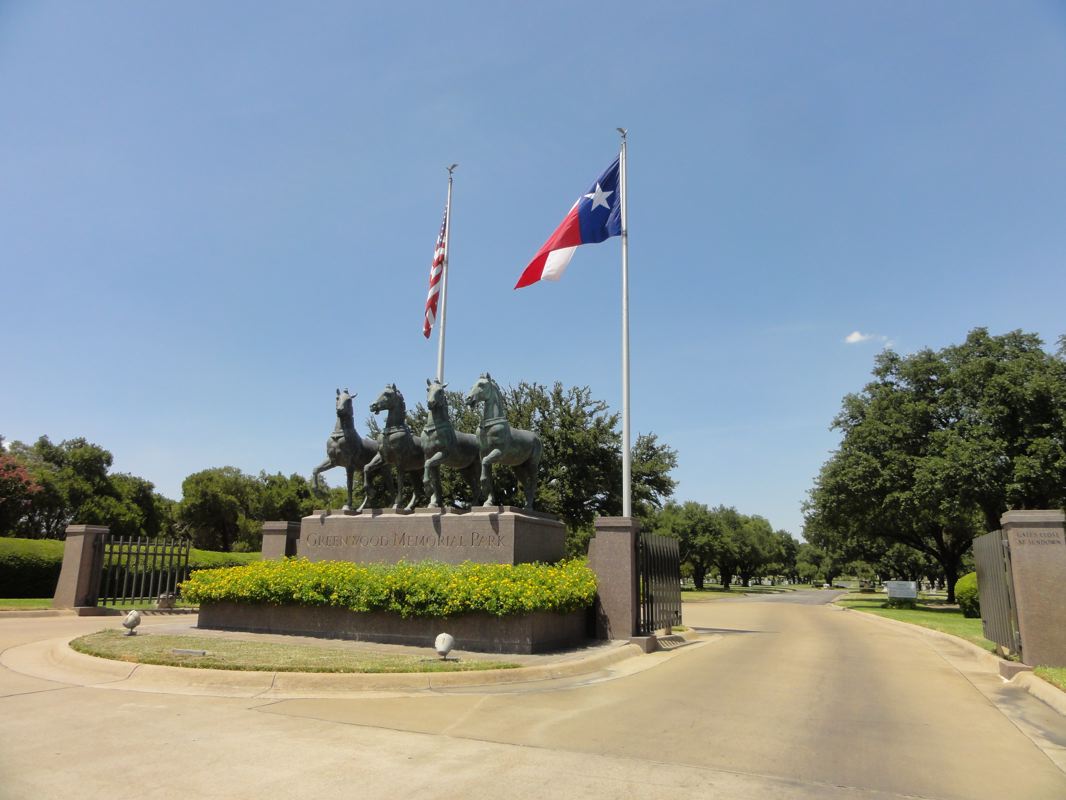 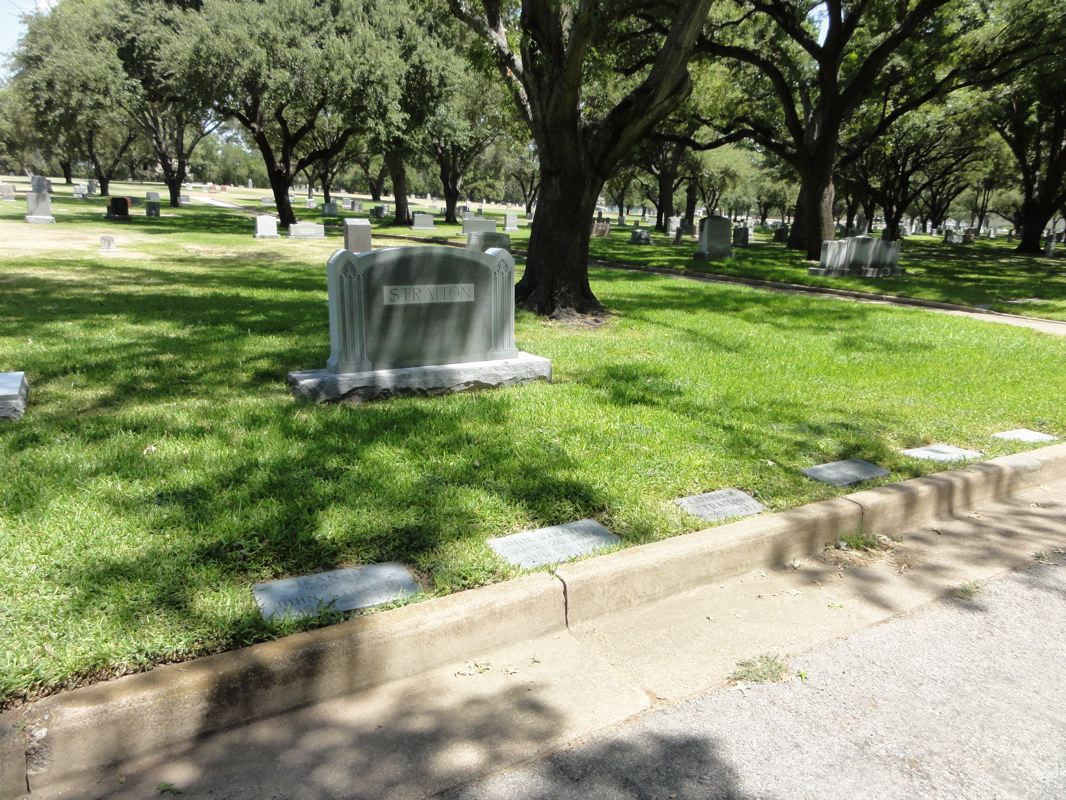 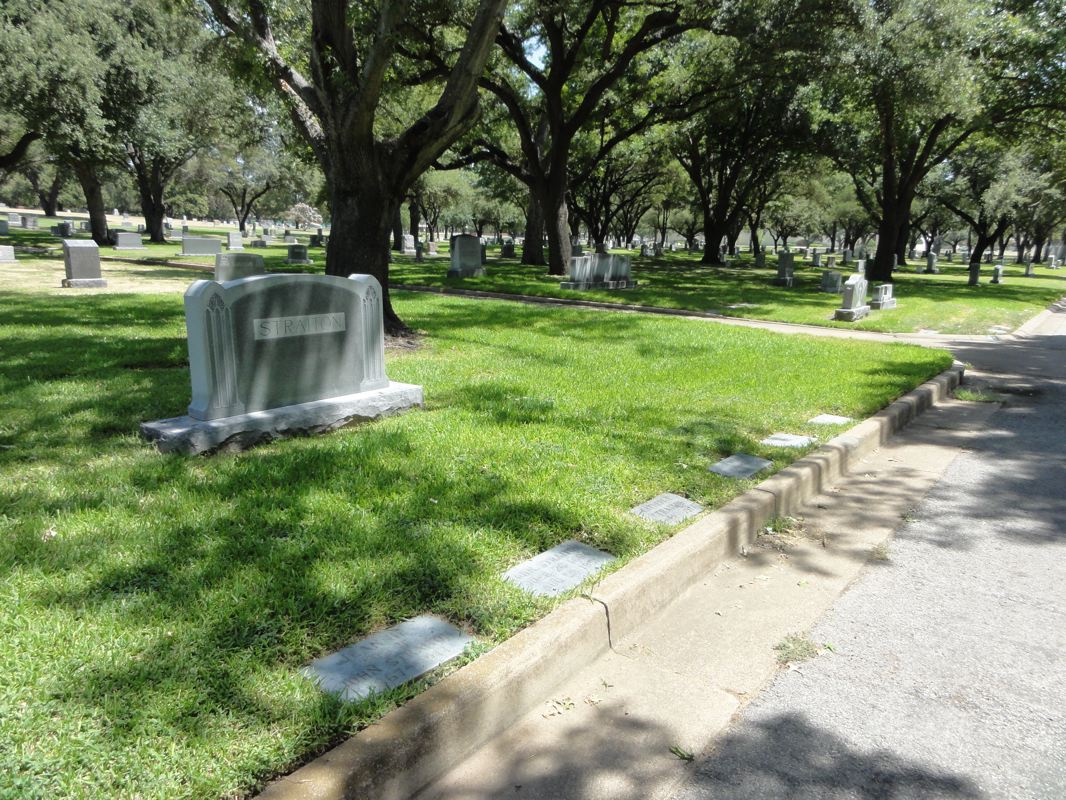 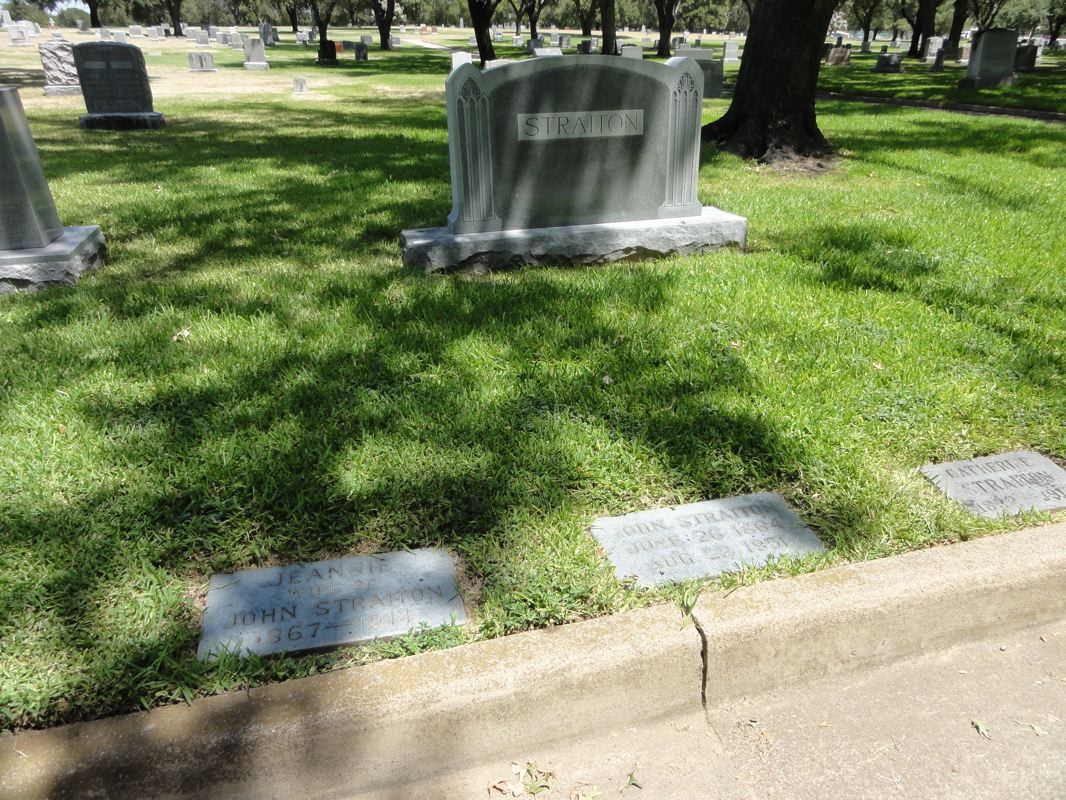 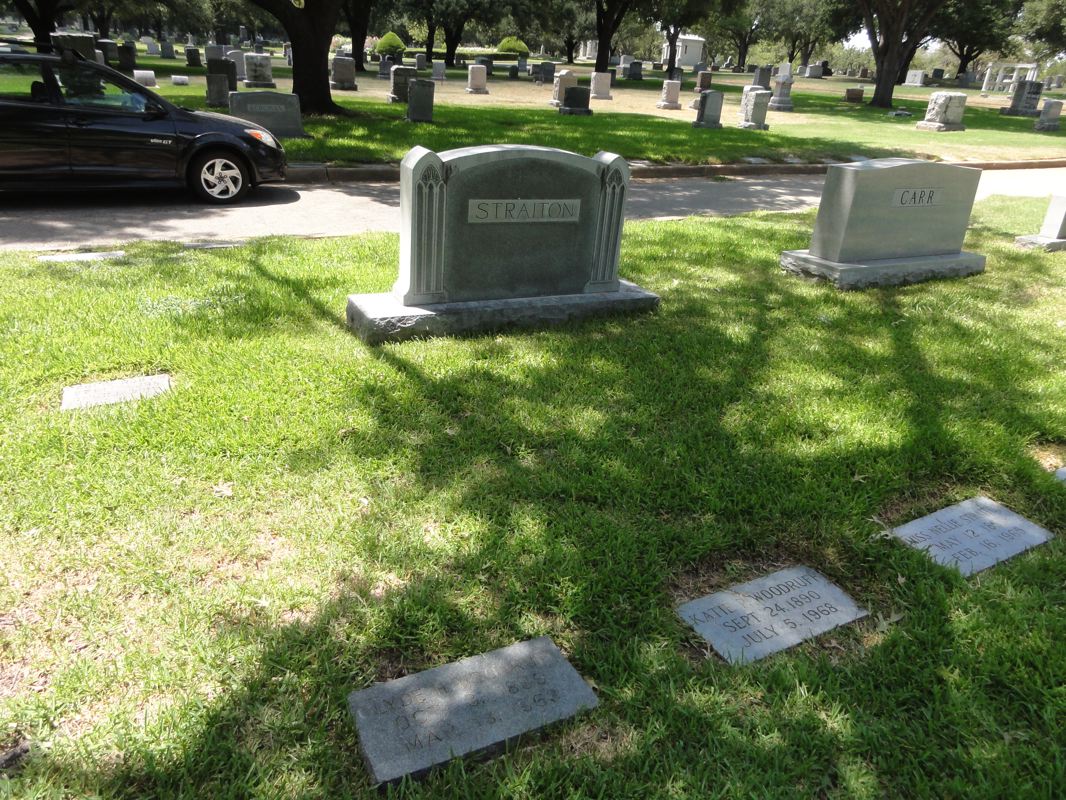 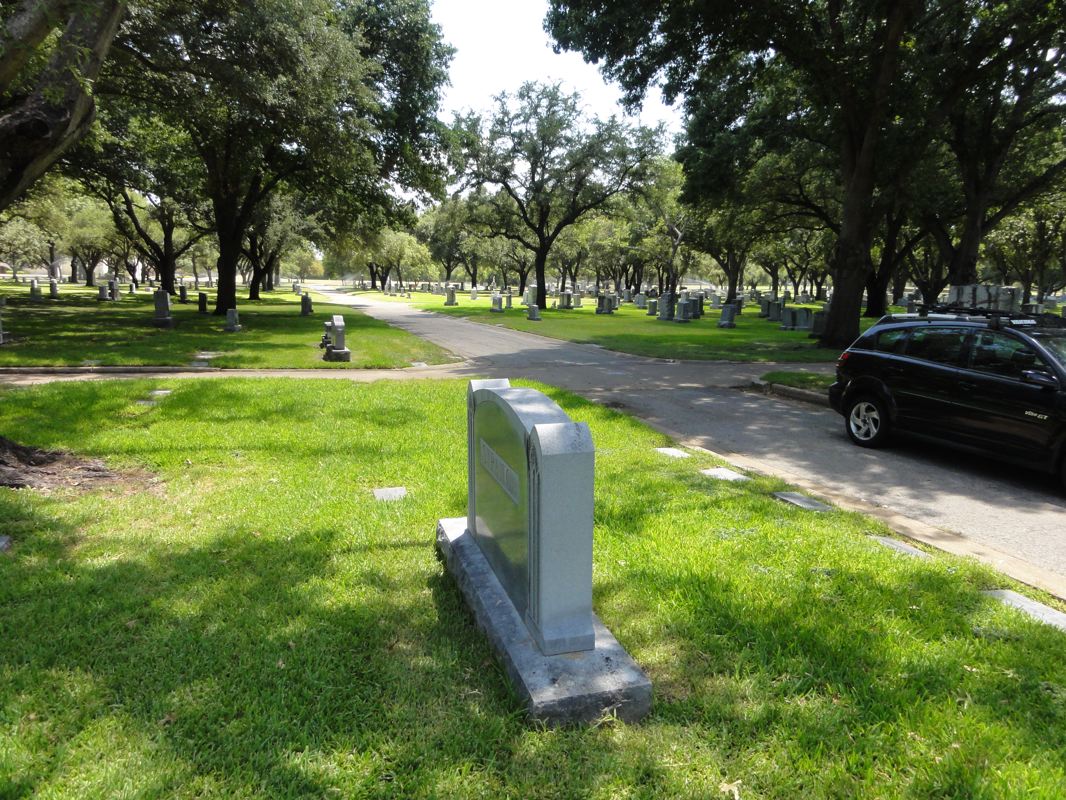 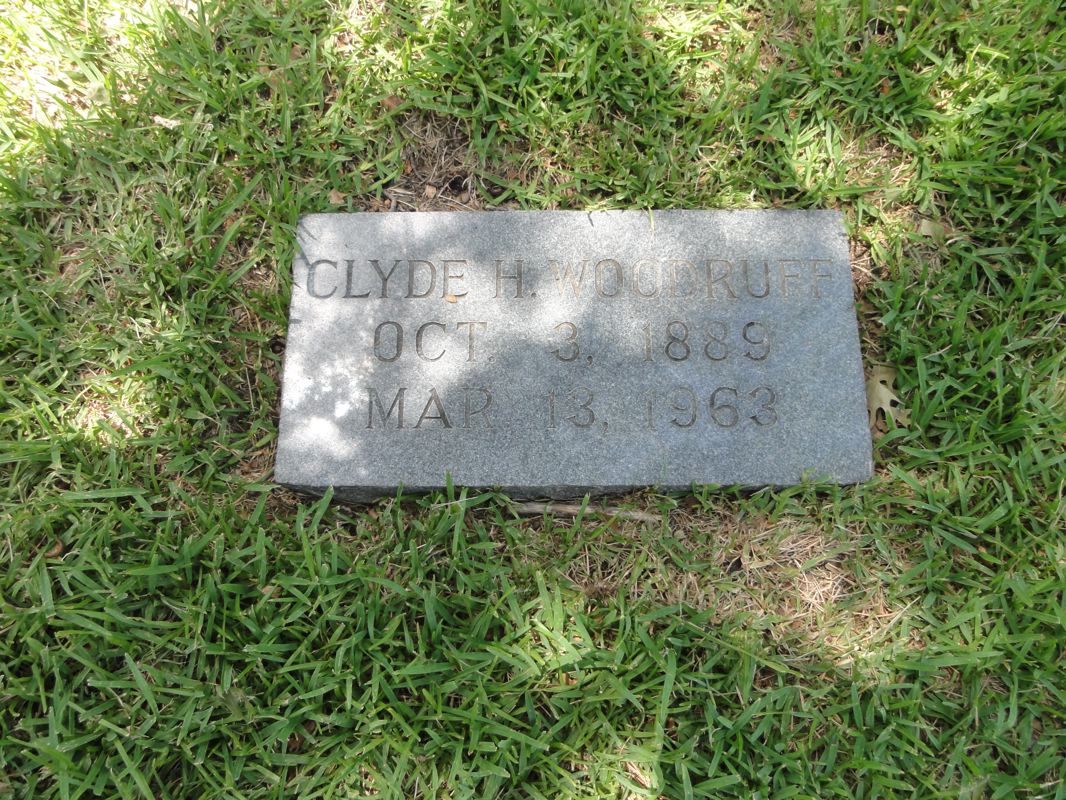 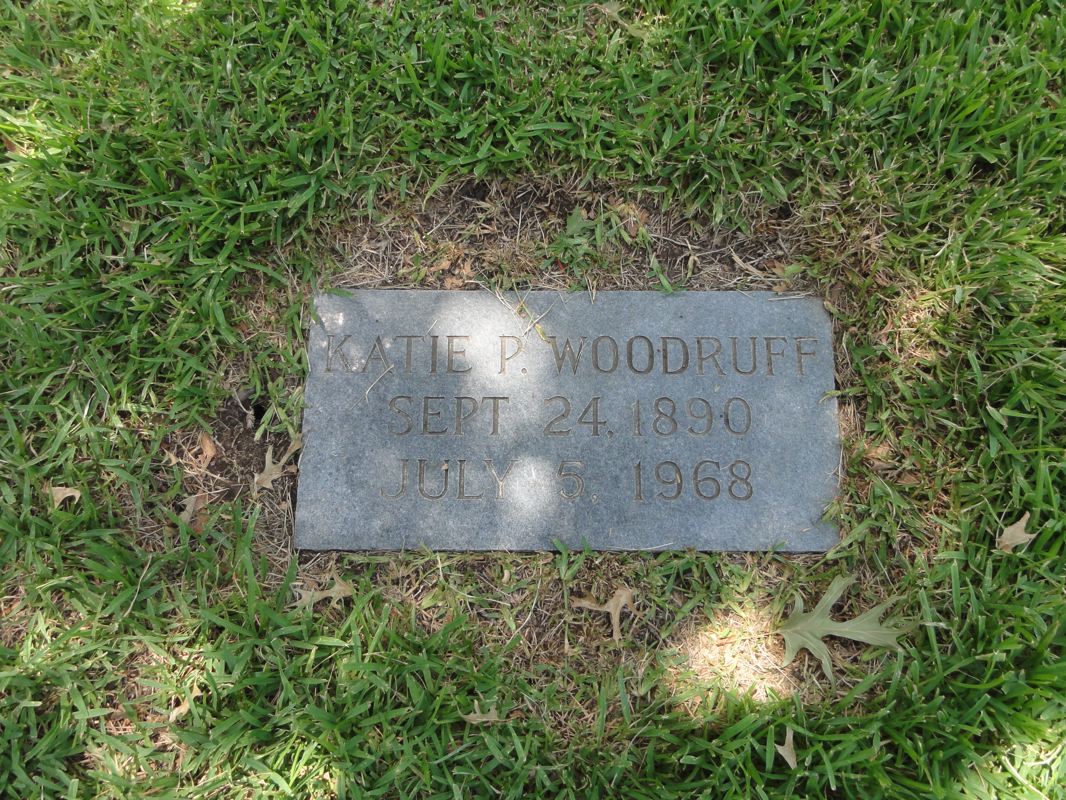 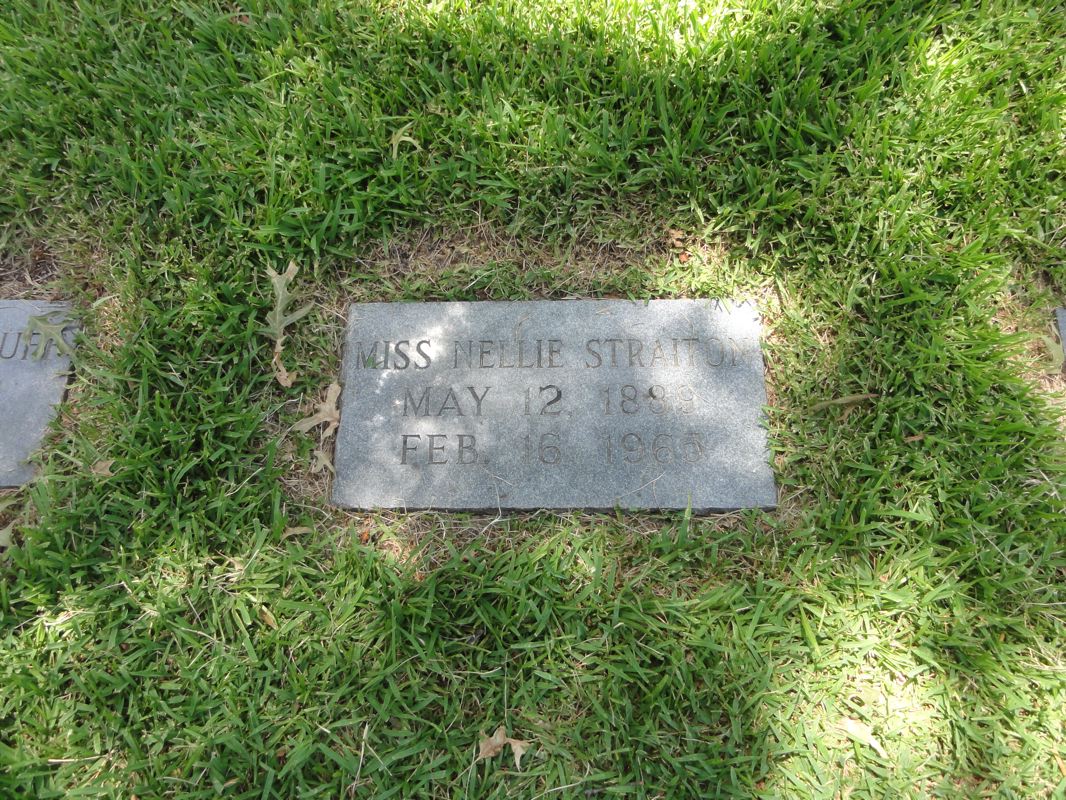 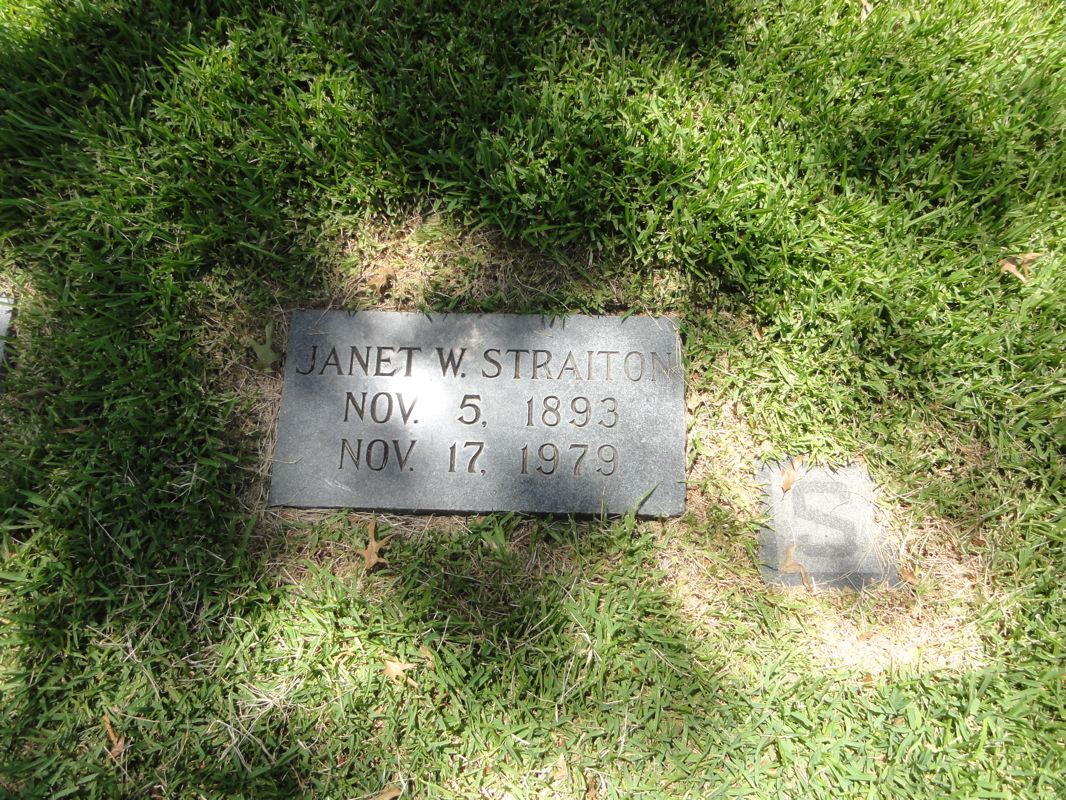 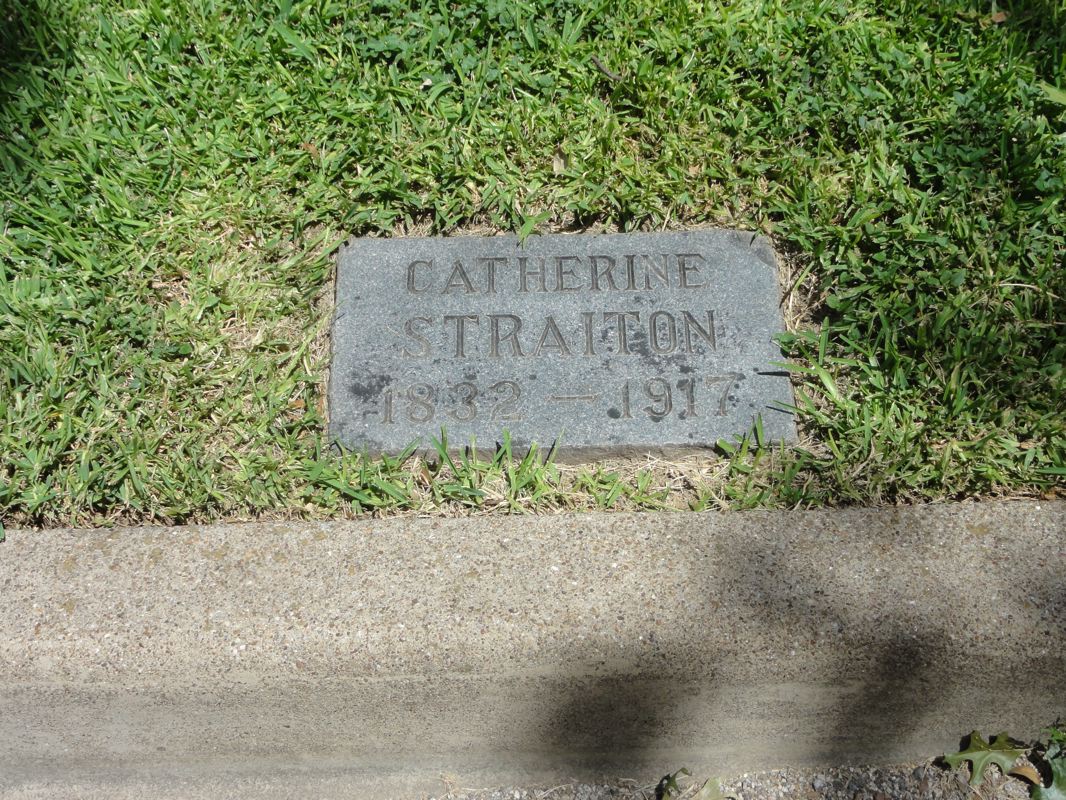 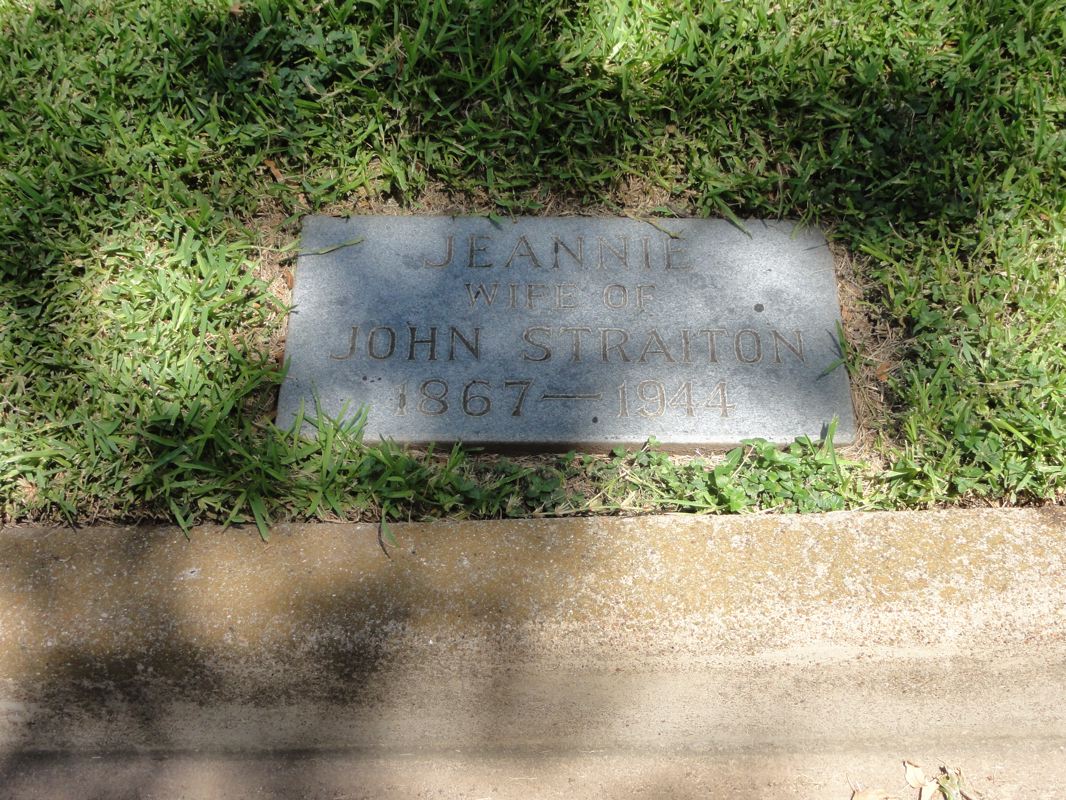 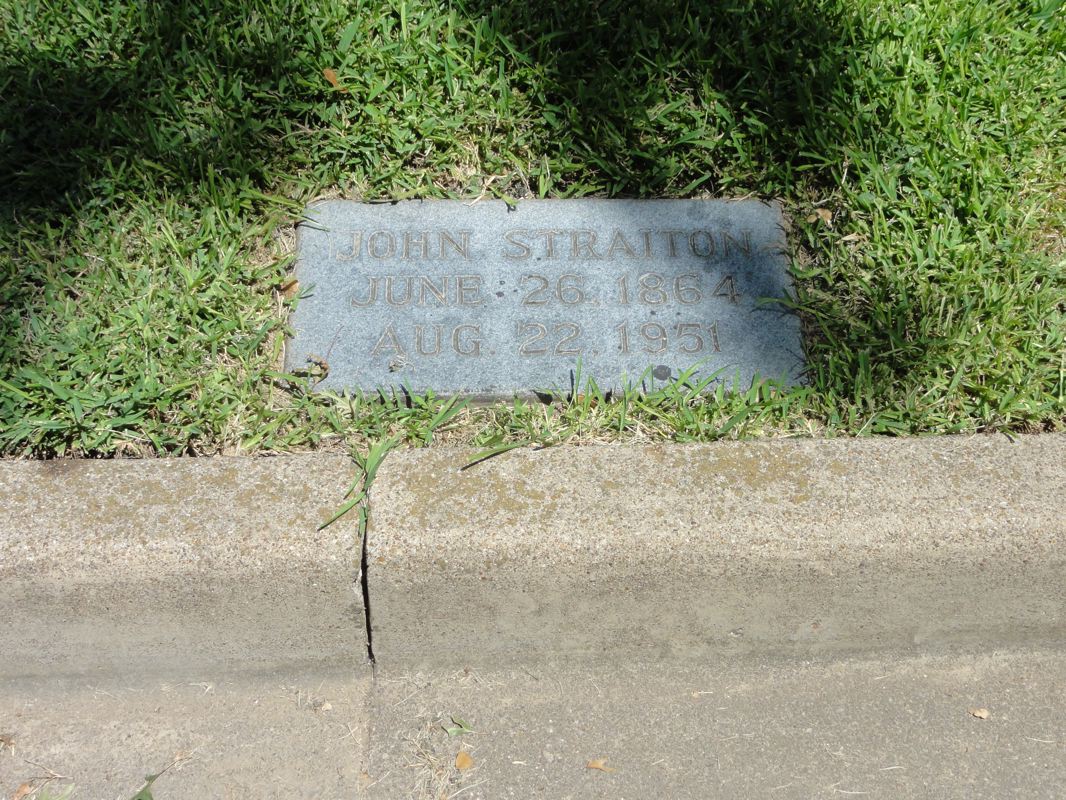 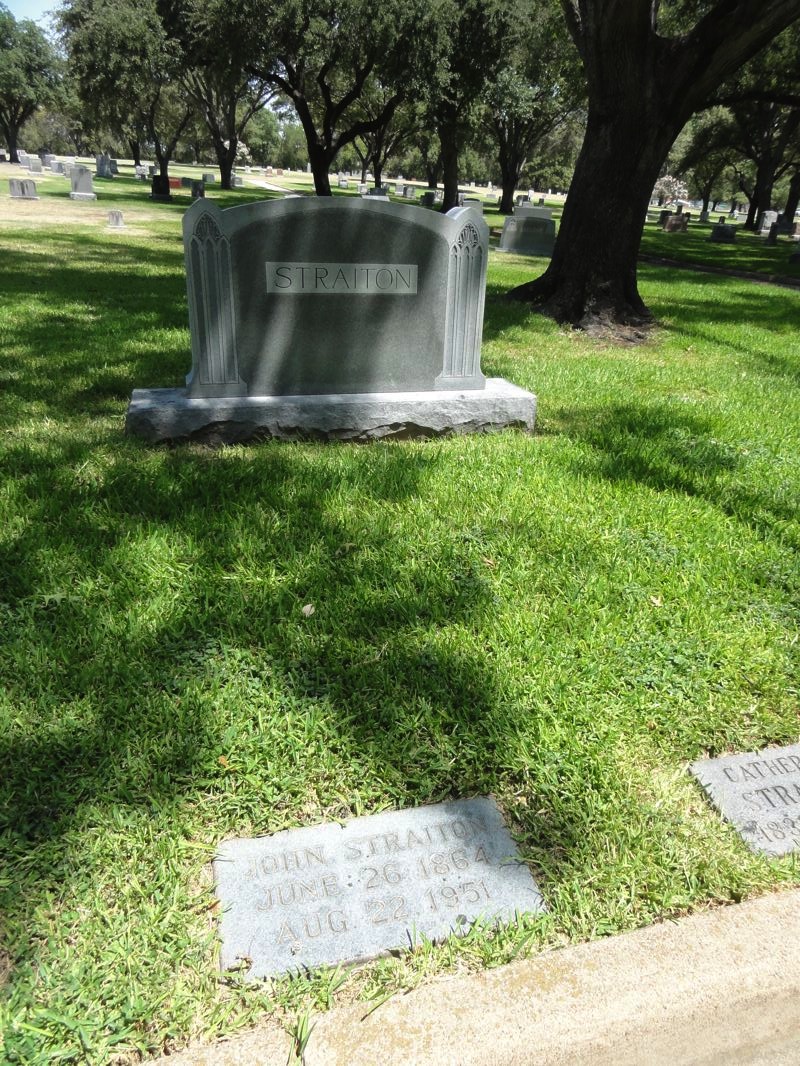