The Life of F. P. Fonner

Early Franklin determined to preach the gospel. However, he was a man of humble means, often to the point of being destitute. Yet, he determined to do the best he could. Around the turn of the 20th century he and Nancy lived in Union, Ritchie County, West Virginia. They moved down into north Central Alabama during the next decade, working around Vinemont, near Cullman. Sometime during the teens the family moved back north where they settled an worked in Buffalo, in Putnam County, West Virginia.

F. P. Fonner’s name appeared often in the Gospel Advocate. There were times when he reported on the good works with which he was involved. More often his reports were filled with lists of donors to his mission efforts along with the amounts of their contributions.

The Fonners suffered with several health issues. Many of the reports concerning them, either personal, or from co-laborers, related health issues that held them back from service with constancy. However, their complete dedication continued through the years, affording them with the utmost respect of their brethren.

For over forty years brother Fonner preached the gospel faithfully. When they moved to Buffalo, the church met in their home. Helping them get a church building, he led in the congregation there the remainder of his life. No matter where he lived, his work and dedication fostered a loving brotherhood who always held him in high esteem.

Death came to brother Fonner in the spring of 1923 when he passed away on April 10. Burial followed in the cemetery that sits upon the hills overlooking the township and Kanawha River in the valley below. 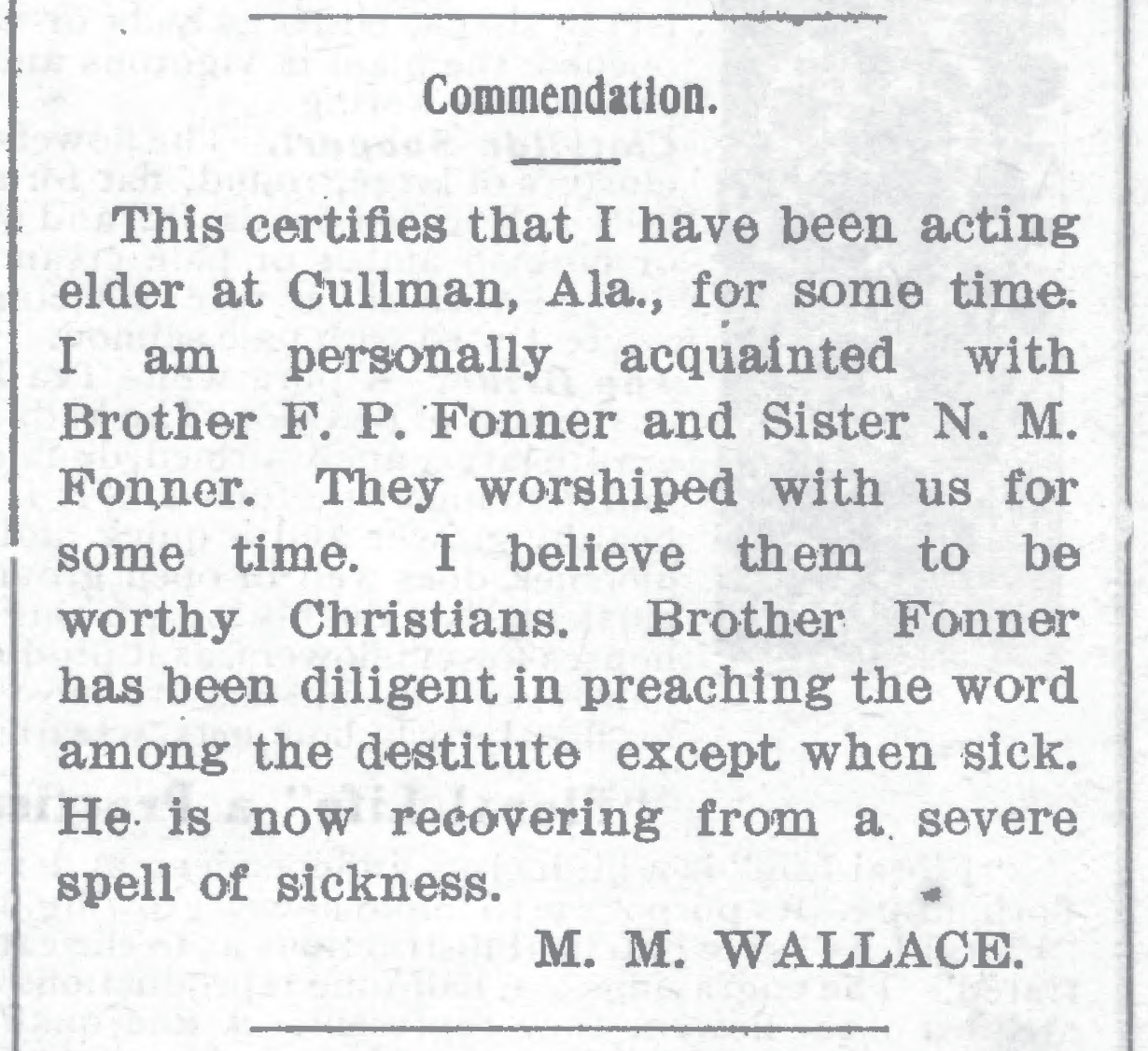 One more of God's noblemen has fallen. Brother F. P. Fonner was born on December 12, 1853, and died on April 10, 1923, at Buffalo, W. Va. Interment at Nease Cemetery, Buffalo. He obeyed the gospel about the year 1871 and faithfully preached the same for forty-three years. He was united in marriage to Miss Nancy Lemmons on July 21, 1883. His wife survives him. She was a devoted wife and companion in his labors in the gospel, and deserves the sympathy and support of the entire brotherhood. The doctor's bill, funeral expenses, etc., all told, amount to about one hundred and fifty dollars; and if Sister Fonner is not assisted by the church, she will have to sell her home to pay the expenses.

Brother Fonner devoted his life to the cause, and after coming to Buffalo sacrificed his time, means, and talent in establishing the cause at that place. The meetinghouse at that place stands as a monument to his labors. The members of the congregation are all poor in this world's goods, but rich in the faith. Shall we stand idly by and see his devoted wife sacrifice her home, or shall we make her heart glad by responding to her needs?

In West Virginia take I-64 to Scott Depot, and take the Hwy. 35 exit and head north. Go 41 miles and cross the Kanawha River. Turn left on Hwy. 62 heading north into Buffalo. Heading into town stay on Main St. Turn right on Cross Creek Road. You will head quick out of town and begin climbing in elevation. At the top of the hill Buffalo Memorial Park is on the right. Head up the drive of the cemetery and bear to the left. When I was there in 2015 there was a cedar bush growing. Look for that bush. But if the bush is not there, the Fonner grave will be easily found as it is facing the drive on your right. 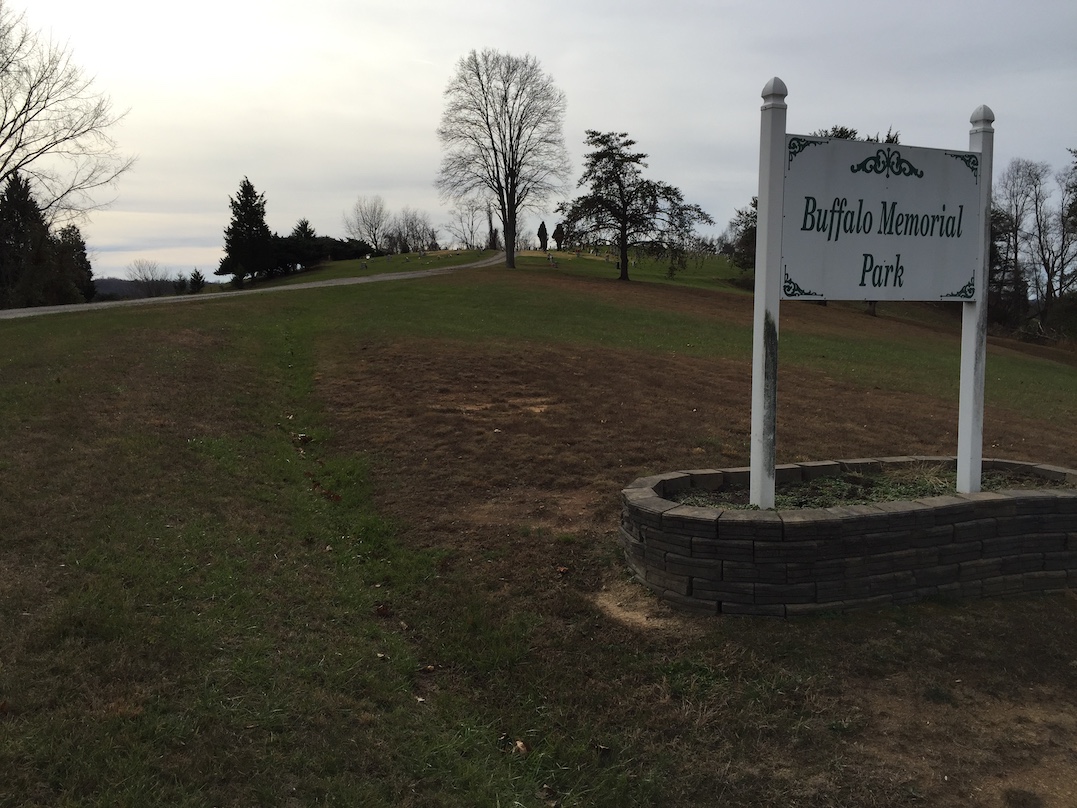 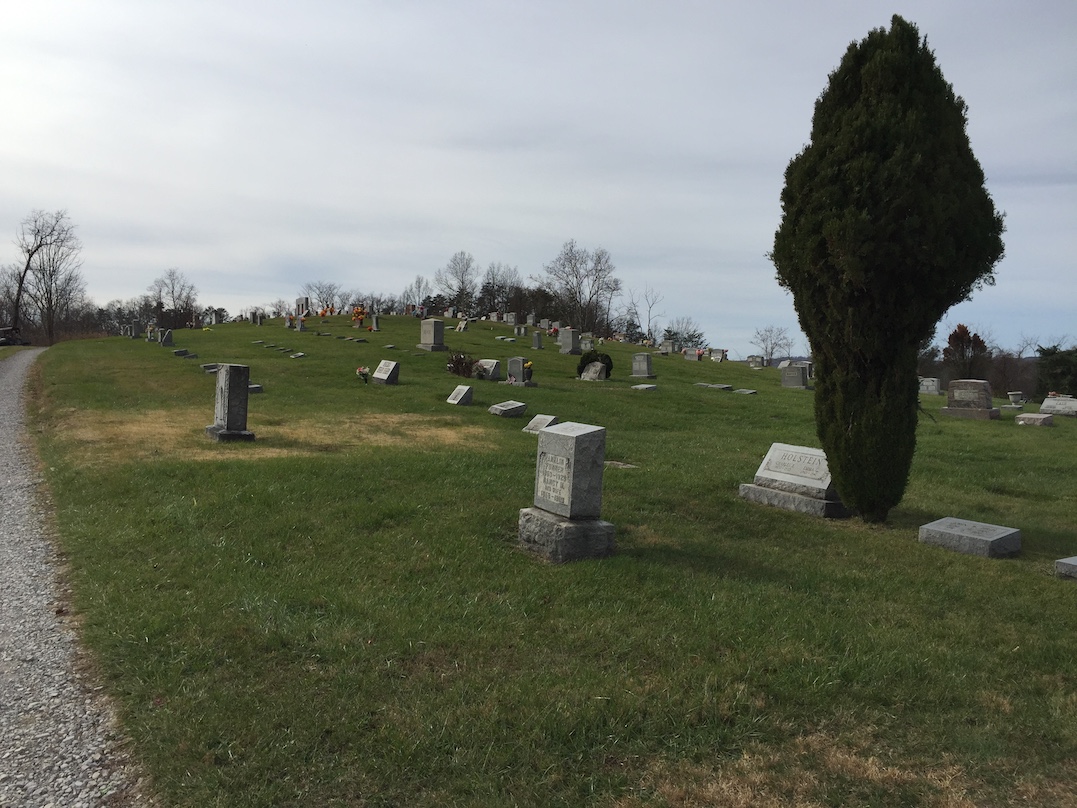 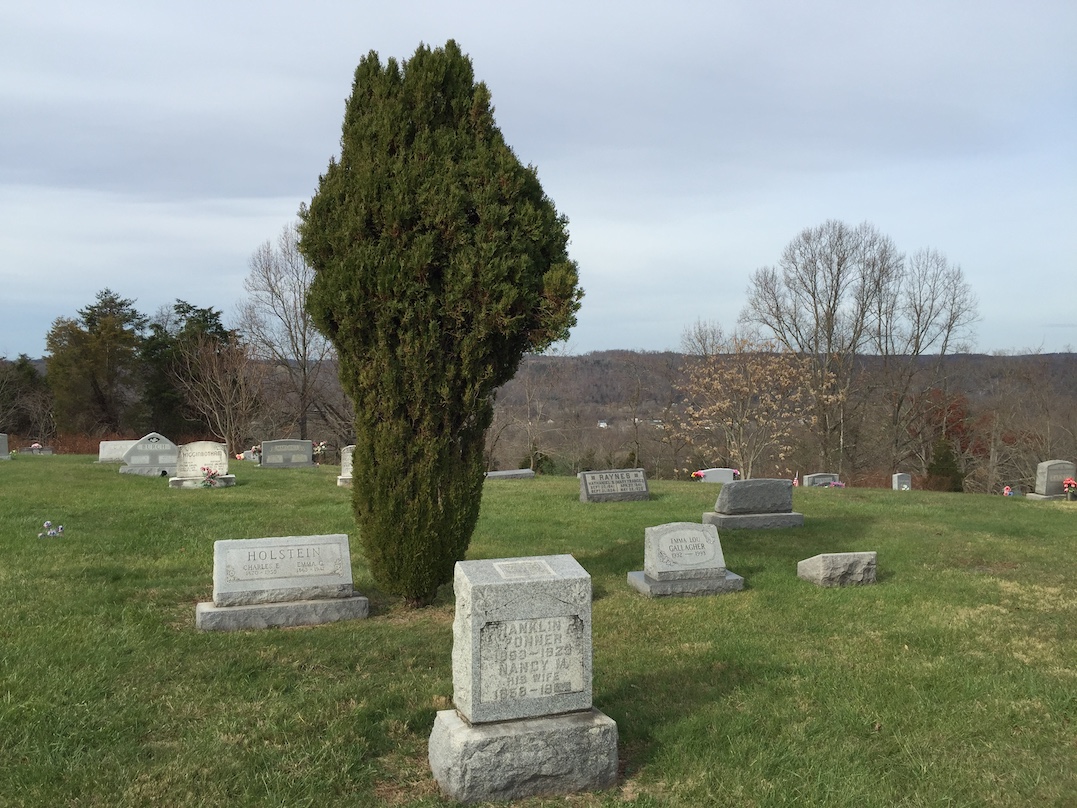 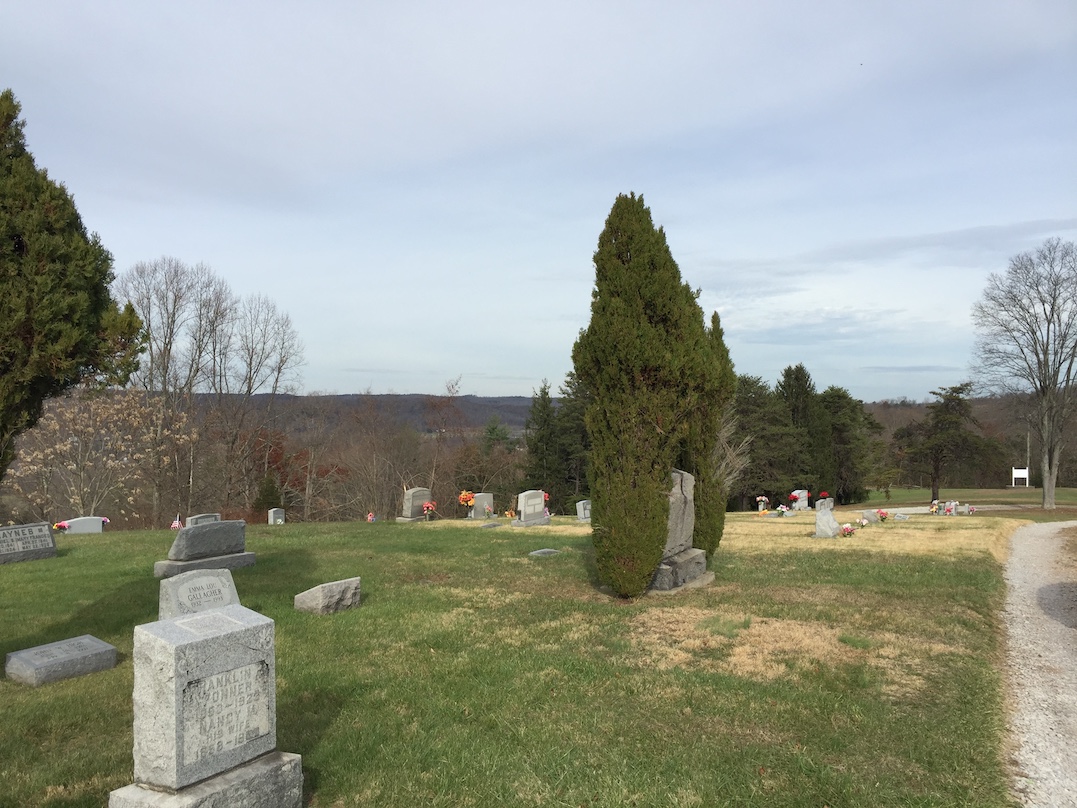 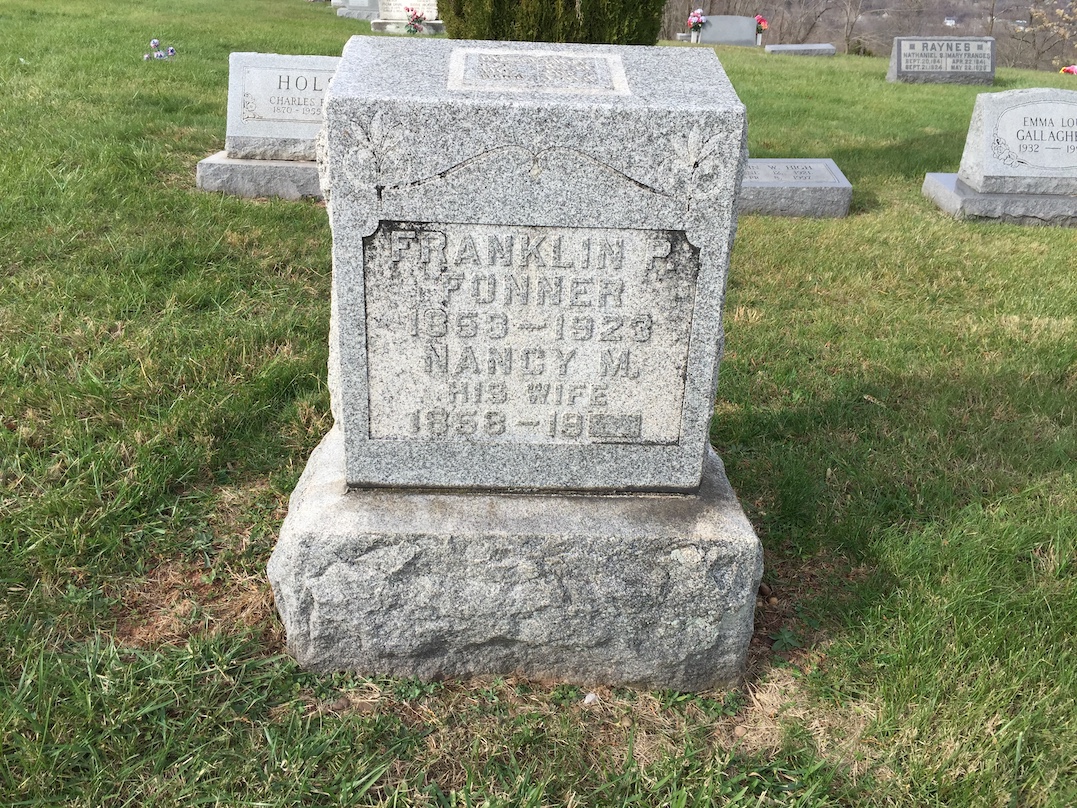 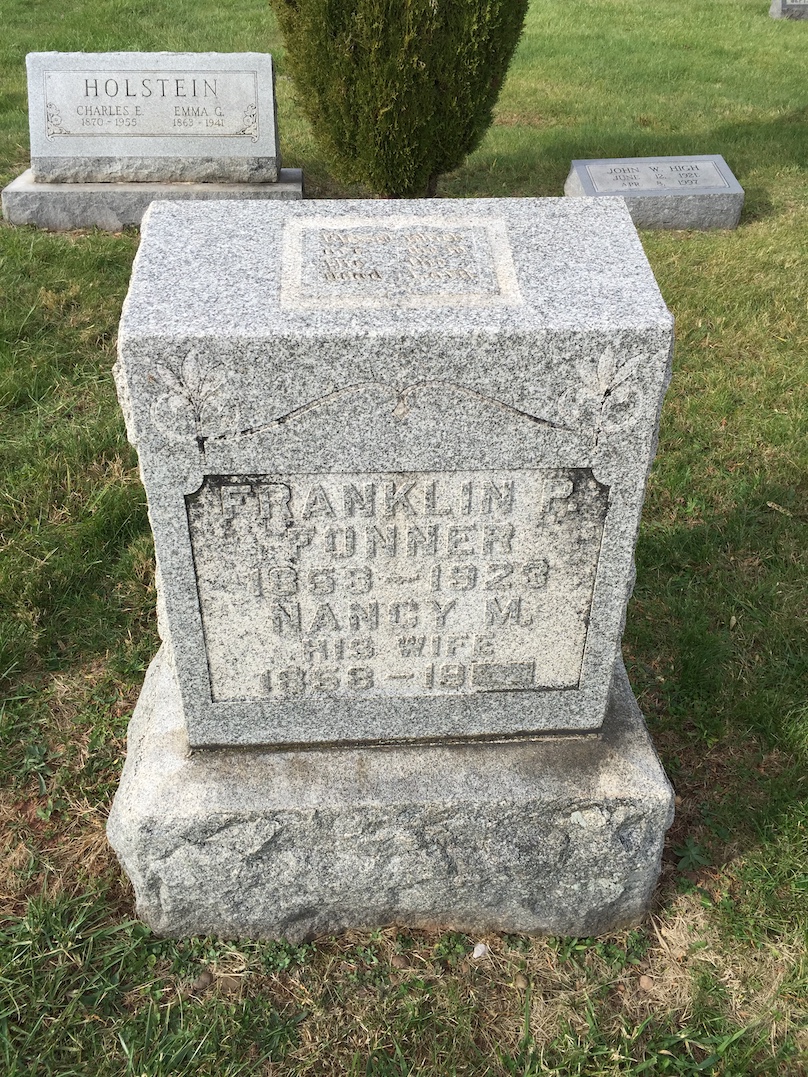 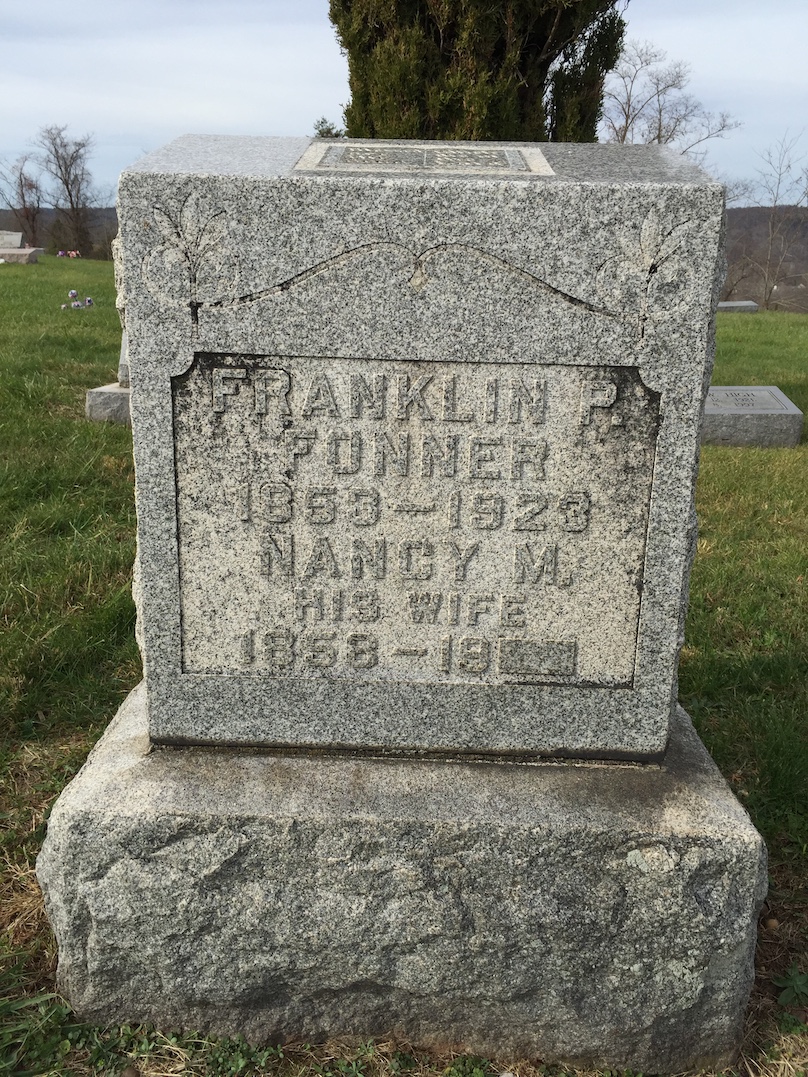