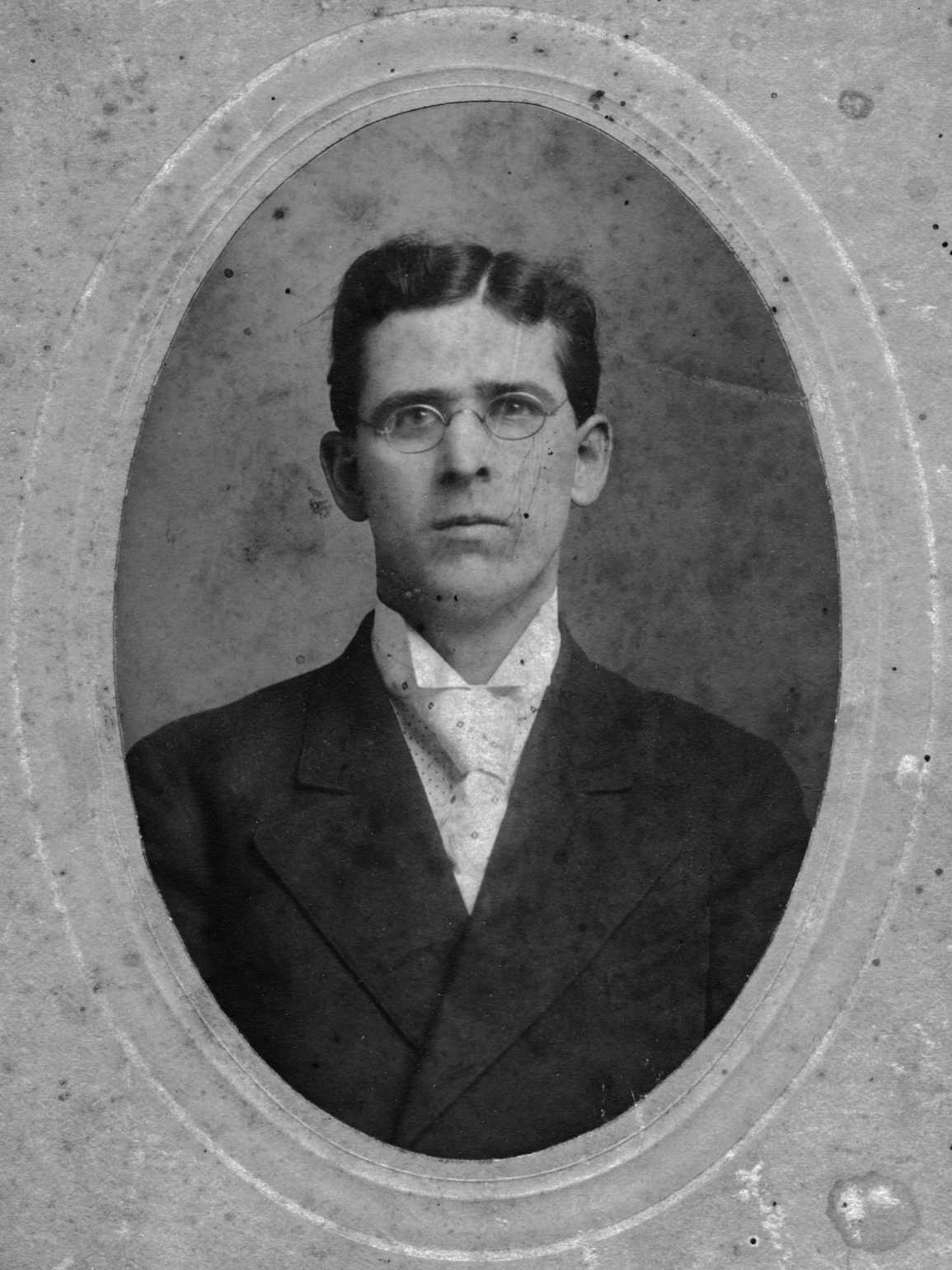 An Appreciation of E. P. Watson

The many friends of E. P. Watson were shocked and grieved by the news of his sudden passing at his home in Wayne, Mich., on July 12.

E. P. Watson was a Christian gentleman of the highest type; a loyal member of the church of the Lord; a close student of the Bible; a diligent worker in the church; and a sound, faithful preacher of the gospel.

As a preacher, his services were in demand; and, like all preachers, he worked often at a sacrifice. He loved the cause of Christ and rejoiced to render service to it. In his long career he engaged in meeting work away from home, and also in local work. His labors were abundant. He was a successful worker.

In his home life, Brother Watson was a devoted husband, a kind father, and a hospitable friend.

This writer enjoyed his friendship and keenly feels his loss.

He rests from his earthly labors and, we feel sure, has entered into the eternal reward of the faithful. 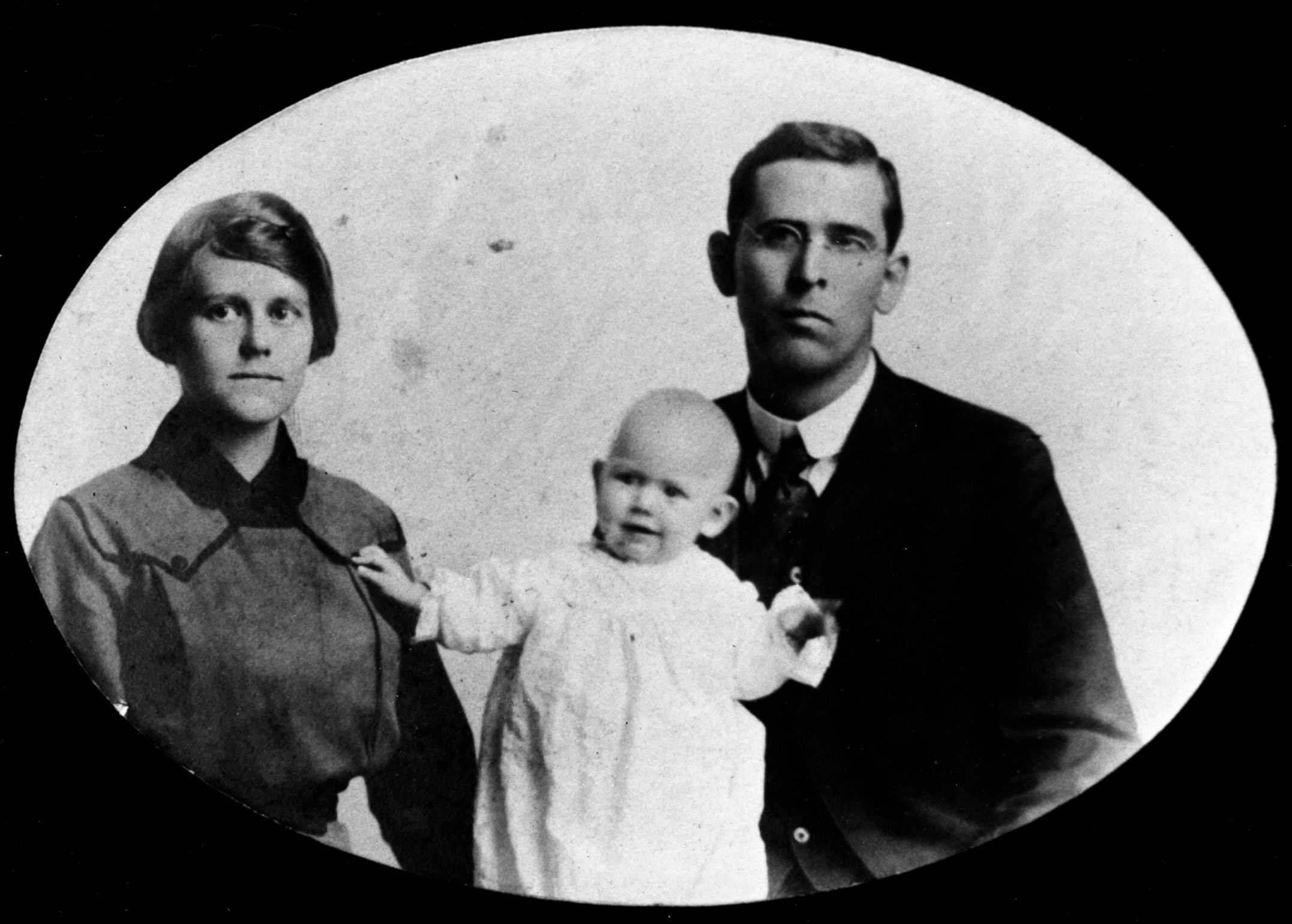 In the passing of Elmer P. Watson the church loses one of her most efficient, faithful, diligent, and consecrated servants. His life was thoroughly committed to the glory of God and the salvation of souls.

During the five years in which I taught at Potter Bible College, Bowling Green, Ky., Brother Watson was one of the most consecrated and devoted students we had. His zeal for the success of the school soon led the faculty to appoint him as monitor over the boys dormitory. While he was popular with the faculty, he was not always popular with the student body that is, those among the students who would violate the rules of the school. Elmer was not opposed to a little innocent fun, but he would report at once any infraction of the rules of the school. Taking into consideration his handicap from deficient eyesight, he made as fine record as a student as anyone we had in the five years of my connection with the school. There are many things that I might say manifesting his honor and high type of living, but I must be brief on account of physical weakness.

On the night of his graduation, when his diploma was handed to him by the president of the school, he at once walked over to his mother, who was sitting in the audience, and handed her the diploma, saying: Mother, you deserve whatsoever honor I may receive.

Elmer was successful both in rallying souls to Christ and in leading many to a higher life.

To his lonely wife and children I hereby express my sincere sympathy in their great loss. I never knew until Elmer had passed away that he had a son who was preaching, and I think it appropriate that he should take up the work left by his father in Wayne, Mich. If he makes as earnest, diligent worker as his father and relies upon God as completely as did his father, success will crown his effort.

May God bless and keep the sorrowing ones and preserve them unto his eternal kingdom, is my hope and prayer.

Strange coincidences sometimes appear in such matter-of-fact places as the news pages of the religious press. This one is tragic. On page 10 of the Christian Leader of July 17 appear two notes. One is an announcement by E. P. Watson that he was preparing a volume of sermons by the late R . H. Adamson. The second notice was of the death of E. P. Watson. He passed suddenly from a heart attack on Thursday morning and the funeral was a nnounced for the following Sunday afternoon at Huntington. W. Va. Brother Watson lived at Wayne. Mich. at the time or his death. Since the notice was not dated. it is not known here which Thursday he died: but based upon the date of the Christian Leader, the assumption would be that he passed on July 12 and was buried July 15. The last place where Brother Watson labored for seve ral years was Bowling Green. Ky. Brother Adamson was preaching for the church at Franklin. Ky., at the time of his demise. The work on the book was probably well en?ugh along to guarantee its publication.

I was called to Wayne, Michigan, to conduct the funeral service ot E. P. Watson, minister ot the Wayne congregation. The funeral was held at 4:00 p.m. July 15. I was assisted by Brethren W. T. Wilcox and Claud F. Witty. Most of the preaching brothrem in the Detroit area were present. A capacity aud ience met In the basement where the Wayne church meets; coming through a cold rain to pay their tribute of respect to him who they so dearly loved. The body was then sent to Huntington, West Virg inia, wher e Brother Willson had done such a wonderful world completing the church building, also building up the congregation. Another capacity audience assembled July 18th, where I preached the second discourse assisted by Brethren Max Cleveland and Brother Lucas of the Dunbar congregation. Truly a great man and prince In Israel has fallen. Brother Watson conducted on of the very best meetings for the Marletta., Ohio, church. There were fifty-four baptisms and three restorations. He and I became fast friends In the Lord. He was a great comfort and help. I feel sadly and humbly honored to be asked to speak at the above services to the remaining loved ones; trying to comfort them as Brother Watson had comforted others In their bereavement. He was so conscientious In his living and work. How very sweet to fall asleep in Jesus. Heaven will be sweeter and dearer than ever now since Brother Watson has gone on, awaiting the resurrection. He taught his Bible class Wednesday night and died Thursday at 7:00 A.M.––but a step then death.

E. P. and Iris Watson are buried in the Spring Hill Cemetery in Huntingdon, West Virginia. The cemetery is located off I-64, only a few miles east of the Kentucky state line. Take the exit for Hwy. 10/ Hal Green Blvd. toward Huntingdon. Turn right on Washington Blvd. Continue until the road deads end into Norway Ave. Turn left. Enter the cemetery from Norway Ave. The Watson plot is down the hill behind the Cemetery office. See photos below and GPS for actual location. 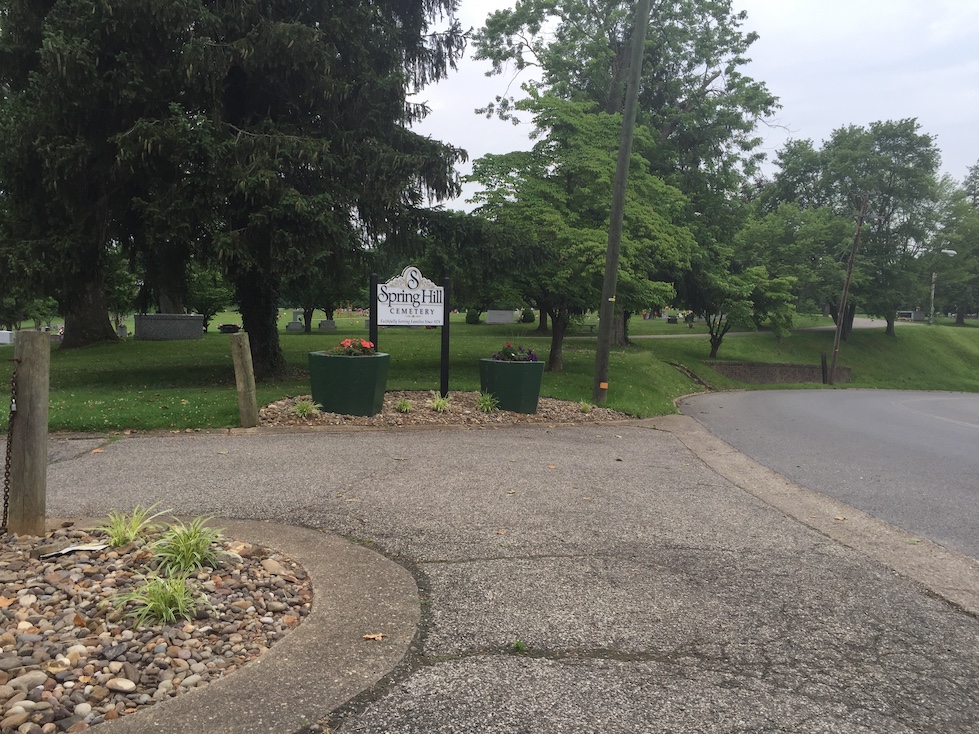 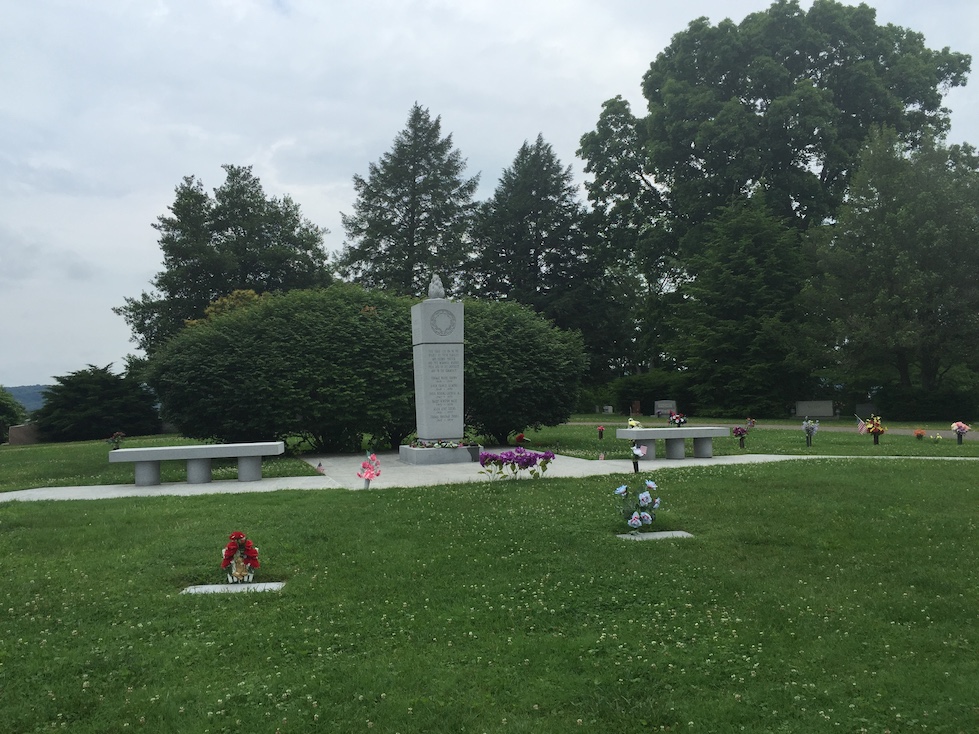 Air Crash Memorial at Spring Hill Cemetery honoring the 75 people who died November 14, 1970, in the worst sports related air tragedy in U.S. history. A Southern Airways DC-9 crashed into a hillside taking the lives of 36 Marshall University football players, 9 coaches and administrators, 25 fans and an air crew of 5. The team was returning to Huntington, home of Marshall University, after losing a game to the East Carolina Pirates at Ficklen Stadium in Greenville, North Carolina. 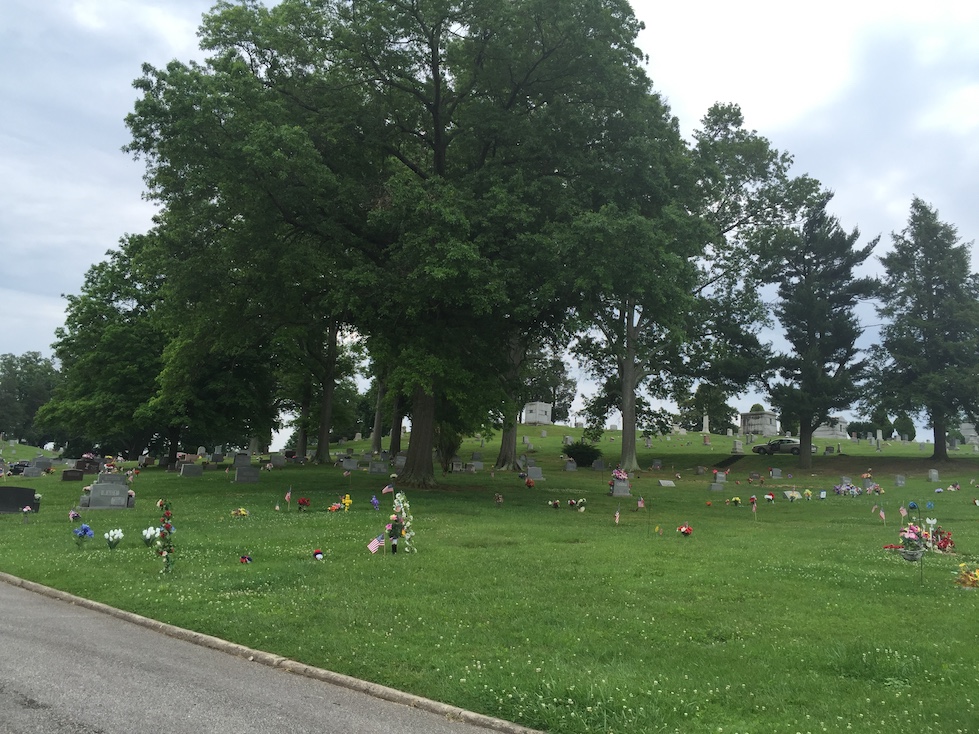 Watson plot in vicinity of the car in the distance 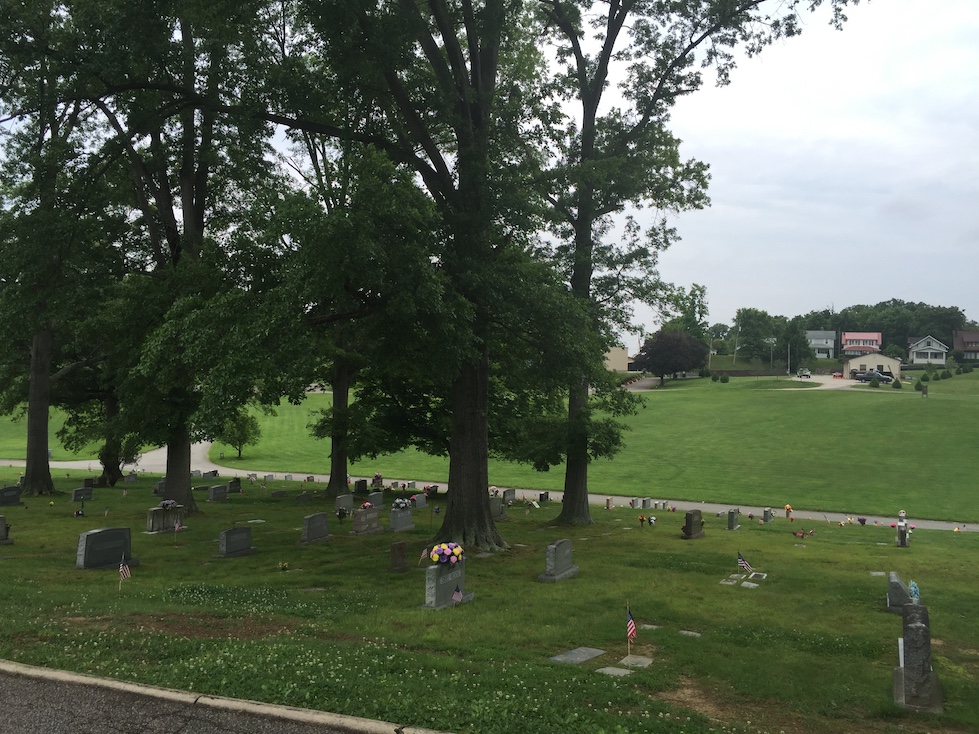 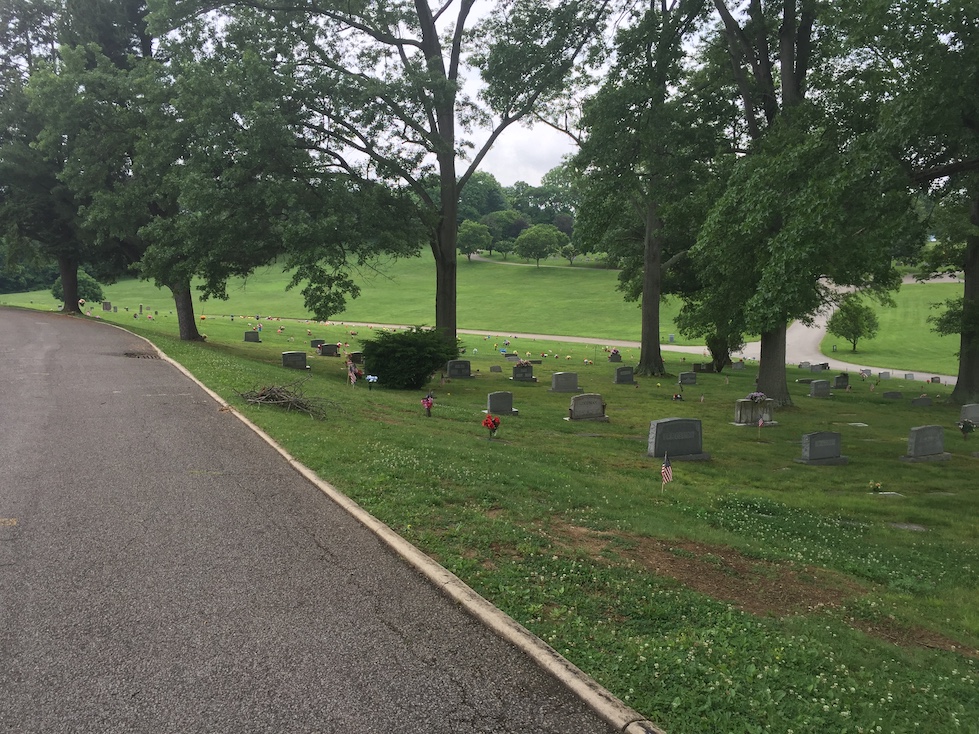 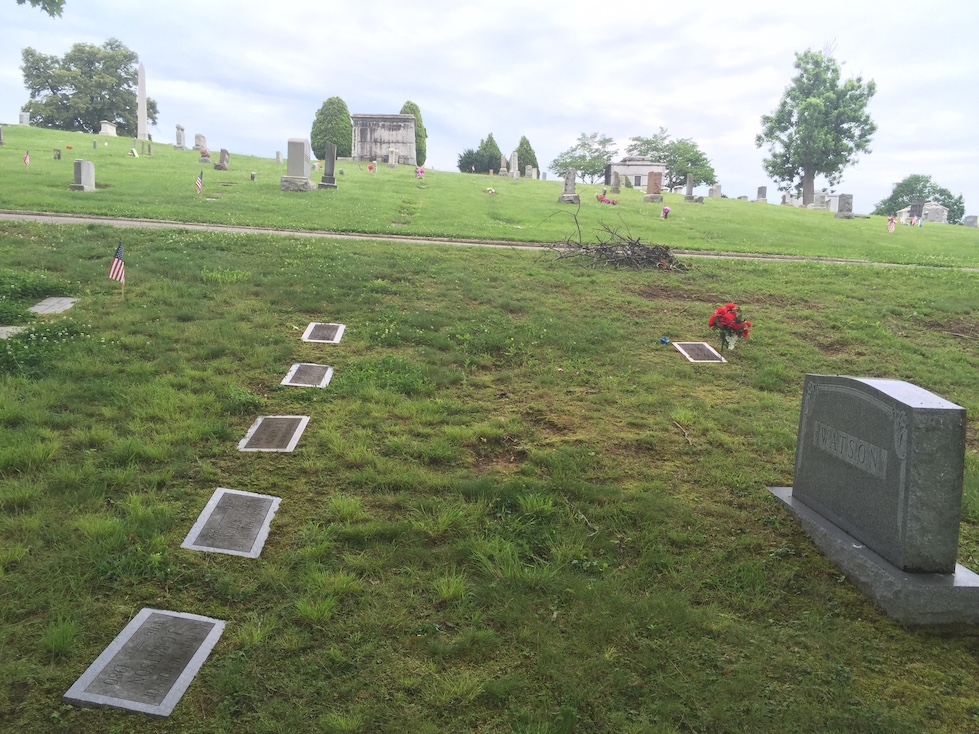 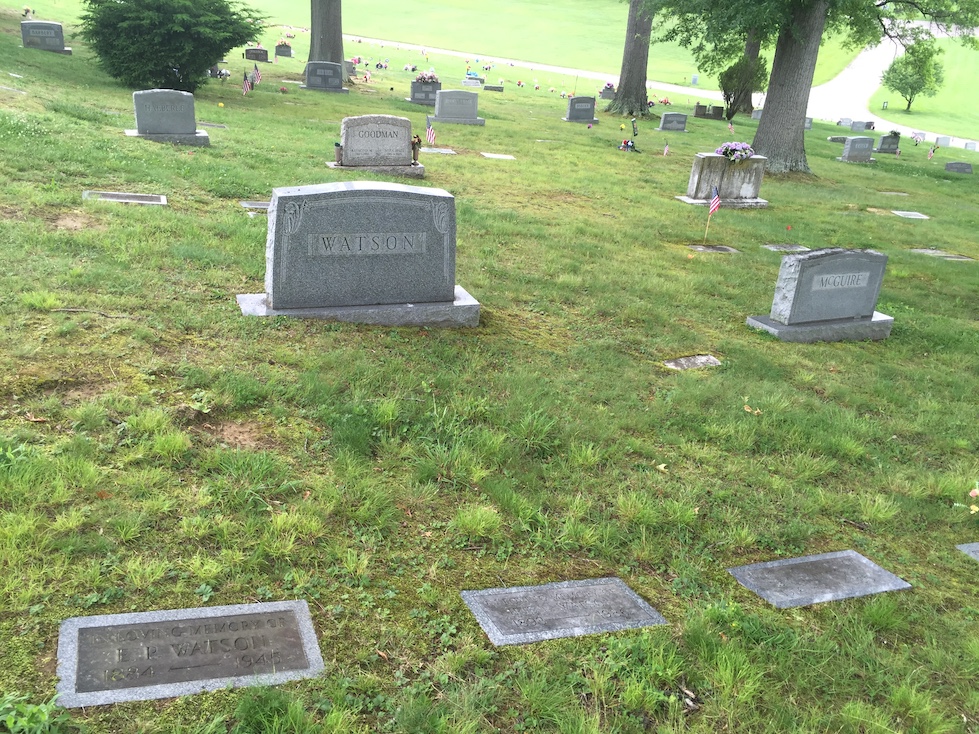 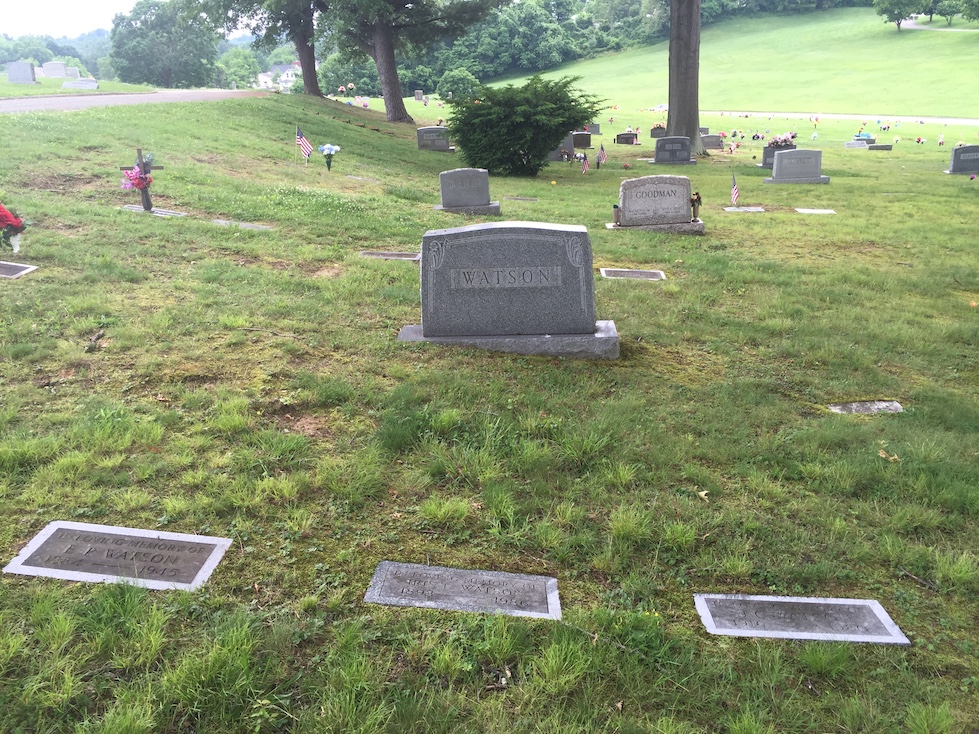 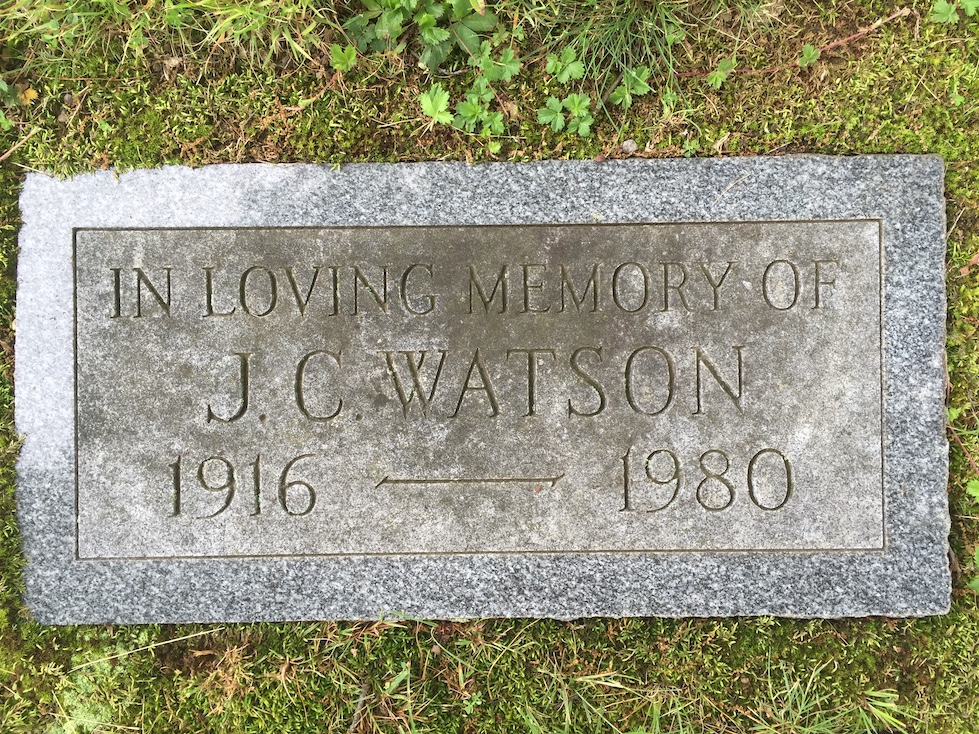 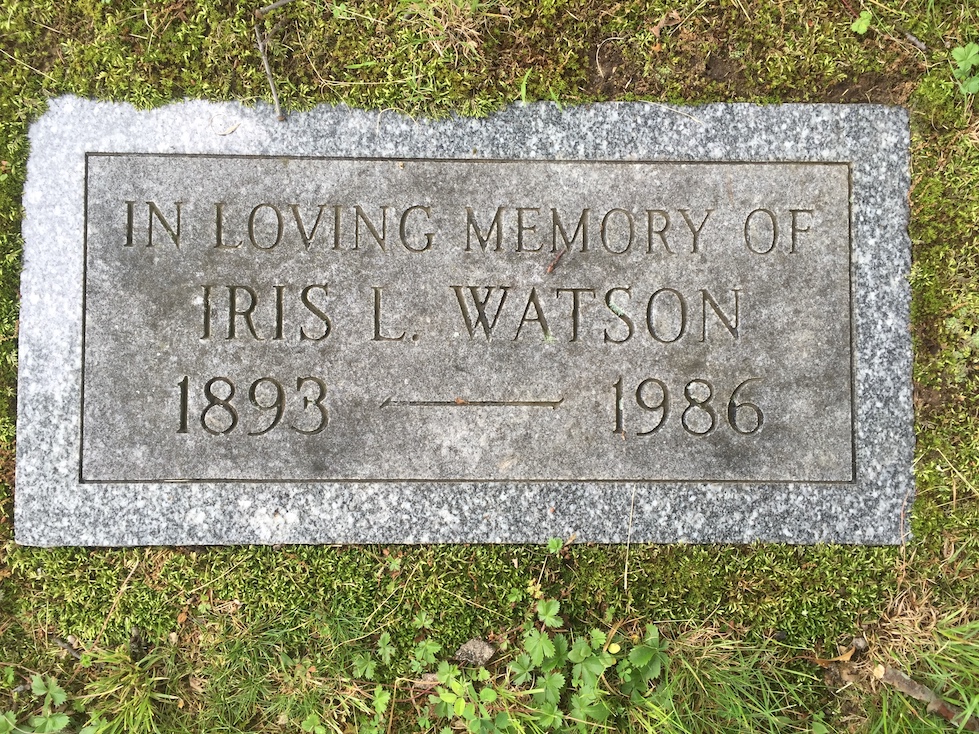 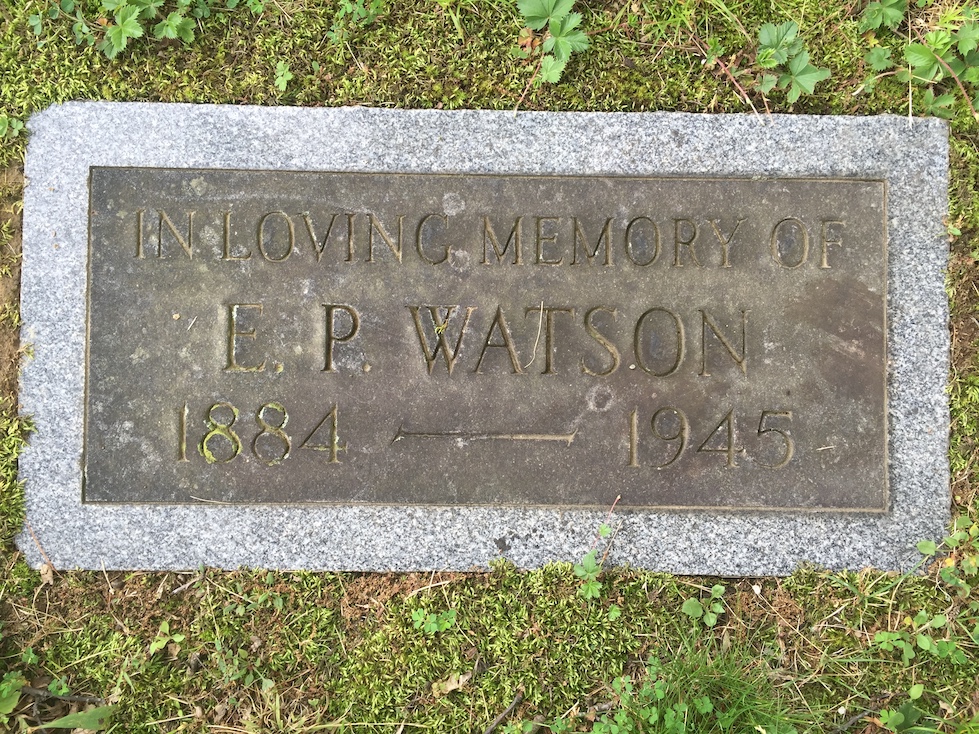