On June 29, 2006, one of my dear college professors passed to his reward, brother James Turner. A superb preacher of the pure gospel, brother Turner taught classes for sixty-two years in Alabama Christian College and in Southern Christian University. He was a brother to brother Rex A. Turner, Sr.

Brother James was known for his convictions, Biblical scholarship, stability, love for his students, and standing for principle. He leaves a great legacy to his many thousands of students. While I was in a gospel meeting at Panama Street two weeks before his death, brethren Jesse Russell, Byron Benson, and I got to visit with him; I admired and loved him.

Our prayers are with sister Gwendolyn and family.

Directions To The Grave of James A. Turner

James A. Turner is buried in the beautiful Greenwood Cemetery in Montgomery, Alabama. Just east of central Montgomery, take I-85 to Exit 3, Ann St. Exit, and go north. Go five streets to Highland and turn right. Go to the stop sign and you will be facing the entrance to Greenwood Cemetery. Enter the cemetery and go to the top of the hill. As you go up the hill note the section to the right with three crosses in the middle. When topping the hill go into the circle where the grave of the late former Governor and politician of the mid-20th century, George C. Wallace is buried. Take the first right and begin going down the hill (Now the three crosses on on your right). Take the first street to the right. Go to the fourth tree and stop the car. The grave will be in to your right, one of the first markers you come to. James is buried in the same plot as that of his brother, Rex Sr. and Opal Turner. Also, his nephew, Rex, Jr. is buried there. Other preachers of note buried at Greenwood are J.M. Barnes, Clyde E. Fulmer, and V.P. Black. 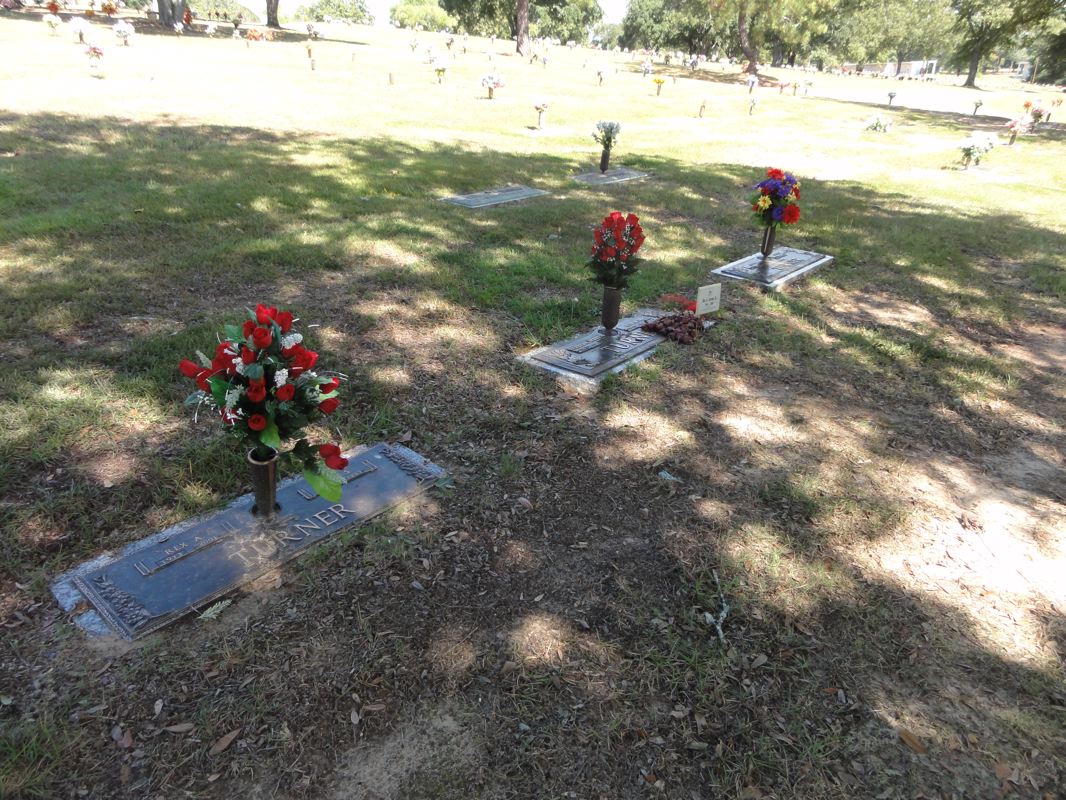 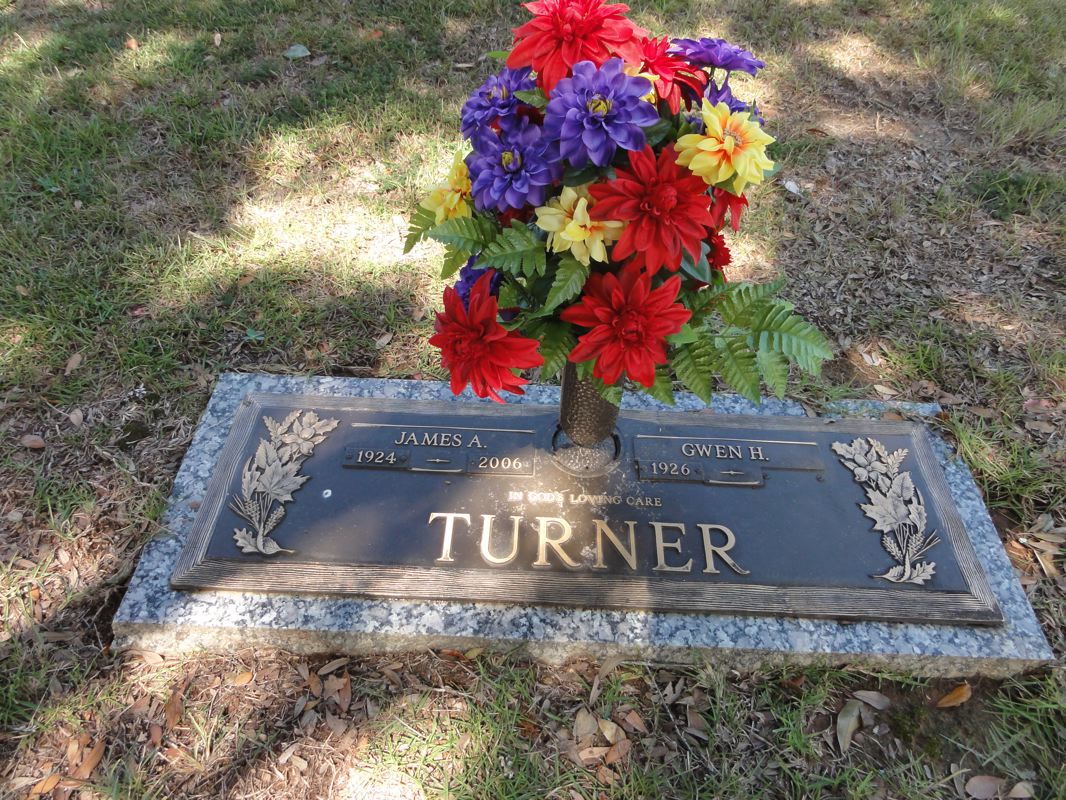 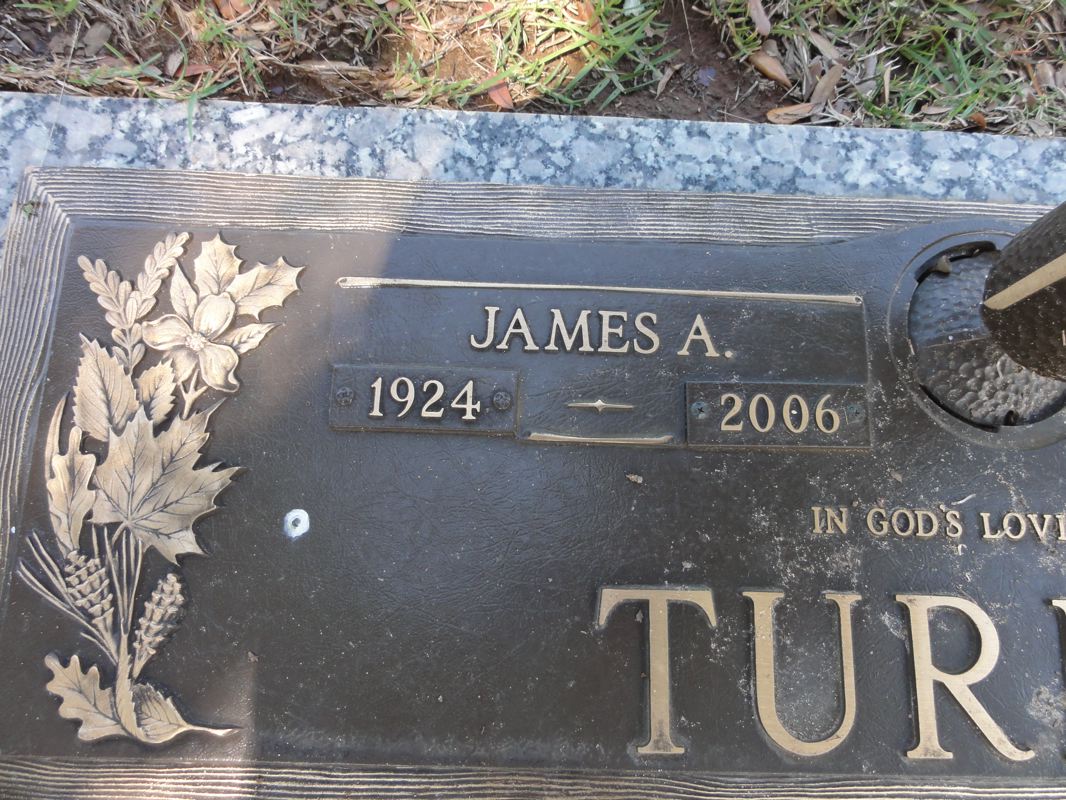