In the early years of the 19th century expansion was the way of American life. Horace Greeley's statement, "Go west young man," appeared to capture the American spirit, especially in frontier regions. Until the turn of the 19th century, Lexington, Kentucky was a veritable hotbed of commerce and education in the far west. Transylvannia was the oldest University west of the Alleghenys, and people poured into the region from the east.

In the early 1830s the fever to move further west was capturing the minds of many Kentuckians. The fertile souls of western Illinois with its sparce country and open field, were a sure pull to the people of the east. Many of those in and around Lexington and Georgetown made the moved to the area around Jacksonville, Illinois. Included in this group was Barton W. Stone and his young protege D. Pat Henderson. Along with men like Harrison W. Osborne, Joel Headington, Josephus Hewitt and others, they provided a force for God in introducing first century Christianity into the area.

Furthermore, the problem of slavery drove many to seek locations further north where emancipation was made possible. As Jacksonville was no more than an outpost of about 1800 people in 1830, it was not only the largest city in the state, but it also drew many into the area who were later to play vital roles in bringing slavery to an end in America. In 1834 Stephen A. Douglas lived in Jacksonville. Peter Cartwright lived at Pleasant Plains, just 20 miles away. And a young Kentucky lawyer by the name of Abraham Lincoln lived thirty-five miles away at New Salem. As many were interested in restoring New Testament Christianity, they were also interested in restoring human rights to every individual no matter the cultural background.

Many years have passed since those early days of the Restoration Movement in America. Those first reformers have long returned to their Maker, their bodies at one with the dust from whence they came. All that is left are landmarks that serve as monuments to the past, silent voices of those long gone, visual testimonials to their impact.

In June, 2009, three friends of historical preservation visited the city of Jacksonville in persuit of locating old landmarks of the past, especially connected with the Restoration Movement. In a one week trip of over 3000 miles, C. Wayne Kilpatrick, Tom L. Childers and Scott Harp traveled through Missouri, Illinois, Kentucky and Tennessee trapsing through what seemed to be everything between library microfilm and thick woods. Helping in the planning was Paul Garrett who had visited Jacksonville on numerous occasions. His research helped speed up the process, as we were following a very tight schedule for the week. Subsequent discussions with Tom and Lee McKean, present day owners of the old Diamond Grove Farm once belonging to Barton W. Stone, helped to secure further information. Special thanks are extended to all in the efforts of bringing about what you see on this page. Below are Restoration Movement sites around Jacksonville, Illinois. 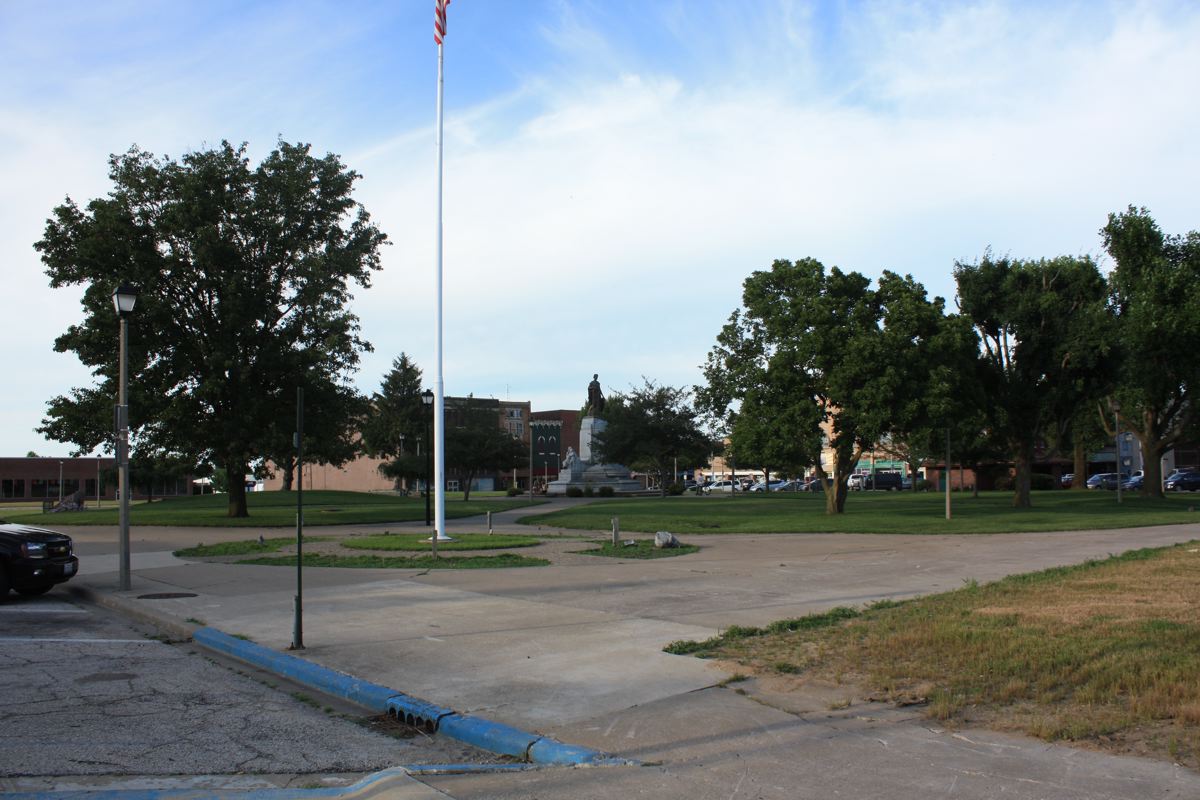 "The first public building of brick in Morgan County was the second courthouse
at Jacksonville, completed in September, 1830. It stood on the southwest quarter of
the public square. In this Stone often preached."
-Barton Warren Stone, Pathfinder of Christian Union, A Story Of His Life And Times, by C.C. Ware, p.304
GPS Location
39.733912,-90.229609

-Millennial Harbinger, 1836, page 182. Note Campbell's mistake as noting the letter from "Ind." which should have been "Ill." 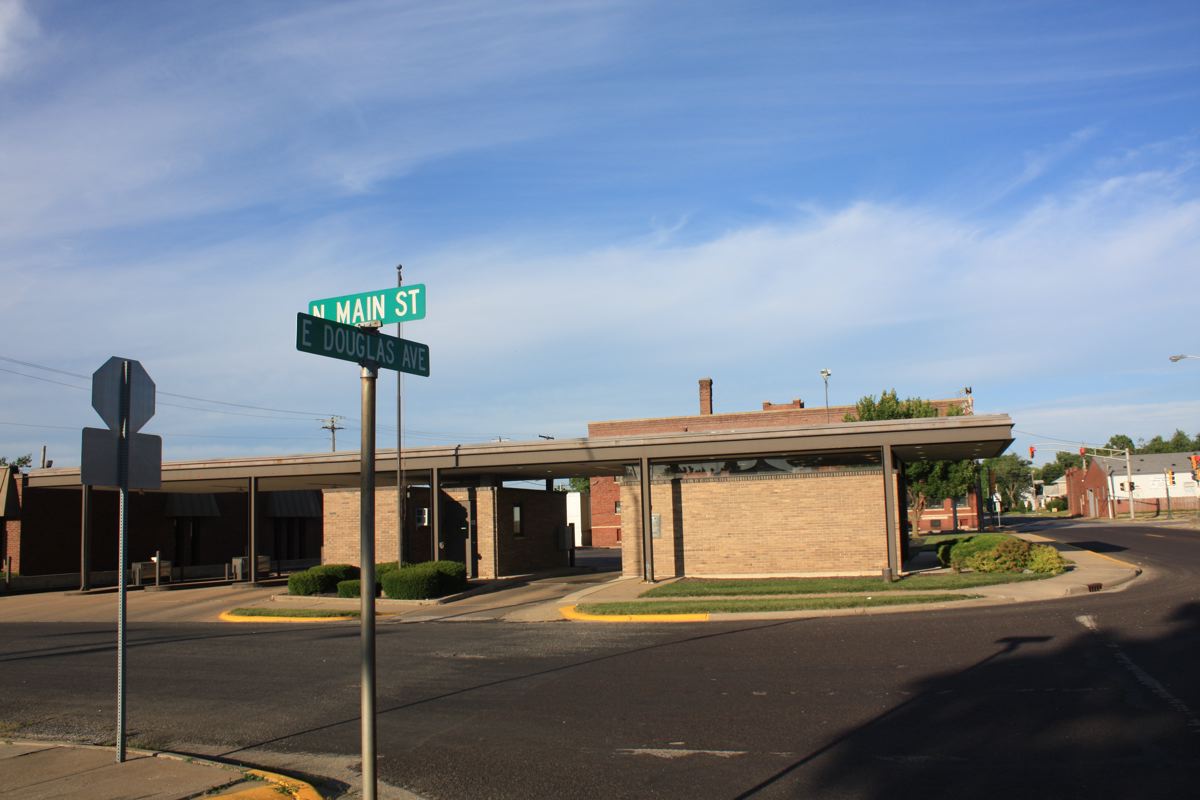 Location Of The First Completed Church Building Of The *Church of Christ in Jacksonville, Illinois built in 1836
Located Just North Of The City Square On The Northeast Corner Of Main and North Streets (Now E. Douglas Ave.)
GPS Location - 39.736236,-90.228844 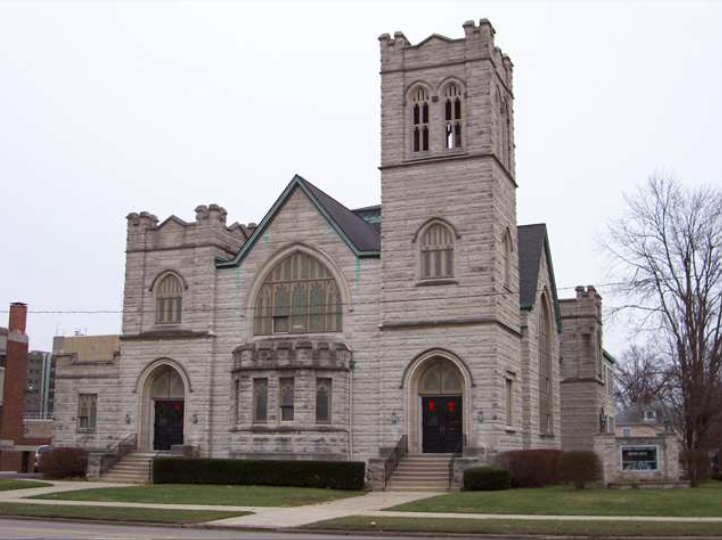 Central Christian Church Is The Direct Descendant Of The Original Church
Located at the cnr. of S. Church and W. College Ave., Jacksonvillle

Locations Of The Homes Of Barton W. Stone In And Around Jacksonville 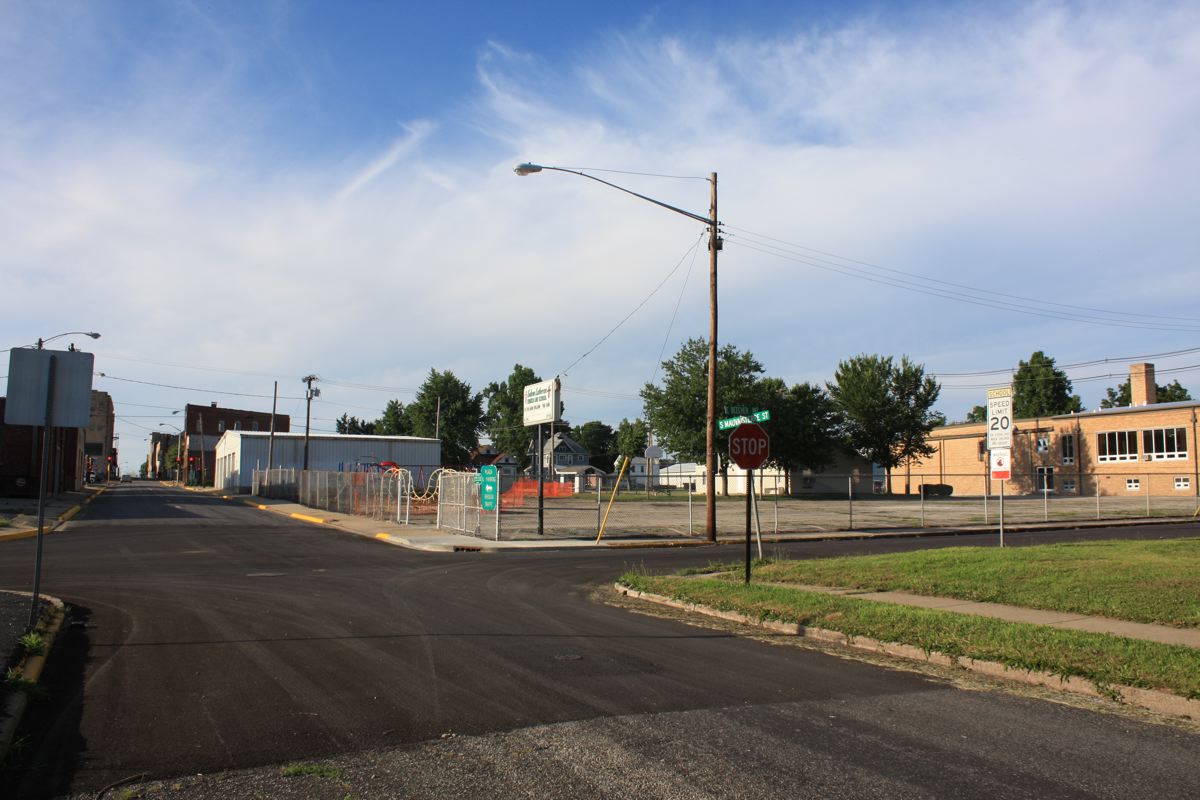 "From 1830 to 1835 Stone bought four tracts of land in the Jacksonville vicinity
amounting to a total of two hundred and seventy-seven and eight-tenths acres. Also
on October 30, 1832, he bought three lots in Jacksonville, two blocks south of the
public square, on the northeast corner of Beecher Avenue and Mauvaisterre Street.
The purchase of these city lots was for the location of his home there two years later."
-Barton Warren Stone, Pathfinder of Christian Union, A Story Of His Life And Times, by C.C. Ware, p.298,299 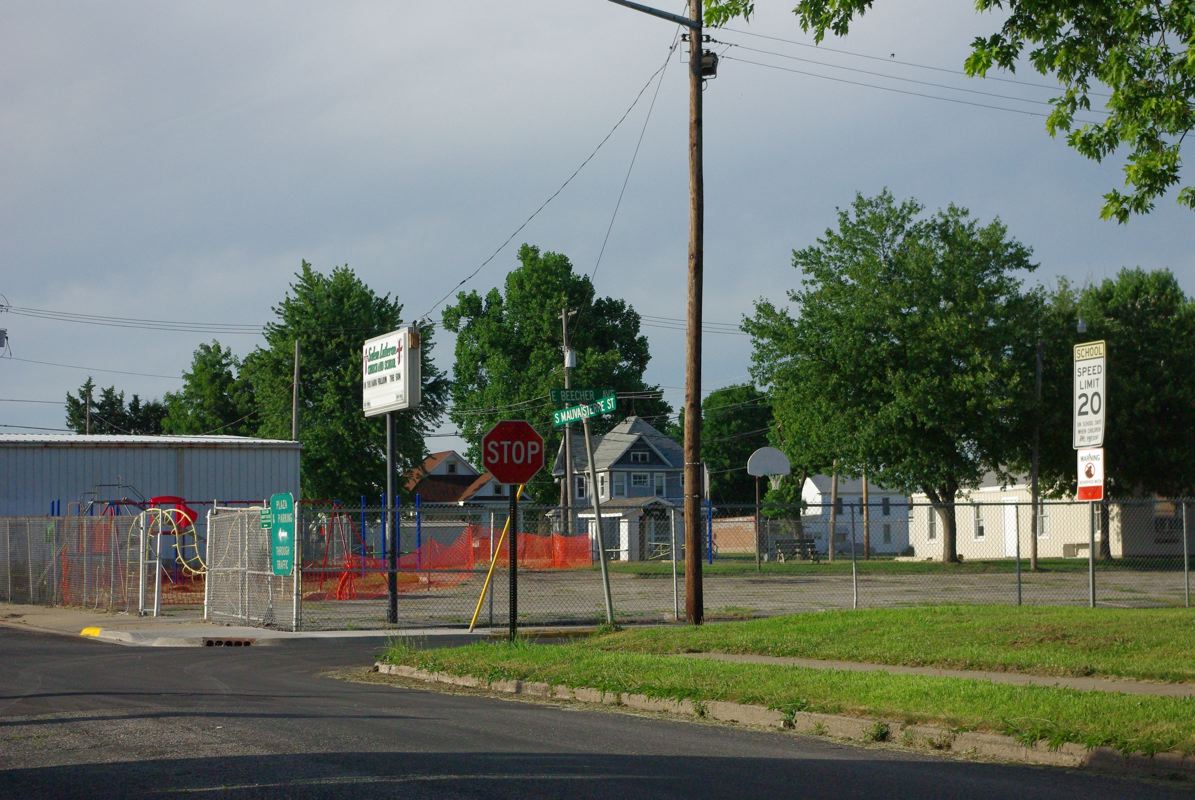 Directions To B.W. Stone's Diamond Grove Prairie Farm: In western Illinois take I-72 to exit 68, Old Route 36. Go to second street on left and turn on Woods Lane. Cross the Railroad Tracks and also Hwy. 104. Continue straight. Just as you cross over the I-72 interstate the road will change to McKean Road. Just past the bridge less than 1/10th of a mile you will see the Historical Marker on your right. This is the farm location. Note: The house is presently a private residence. Please seek permission before walking about the property. Tom McKean lives nearby and is very willing to answer questions if contacted in advance. Local directory information can make contact easy. According to the Mr. McKean, the cemetery where B.W. Stone was buried lies about 100 yard west and slightly south of the present house. This is their best guess. 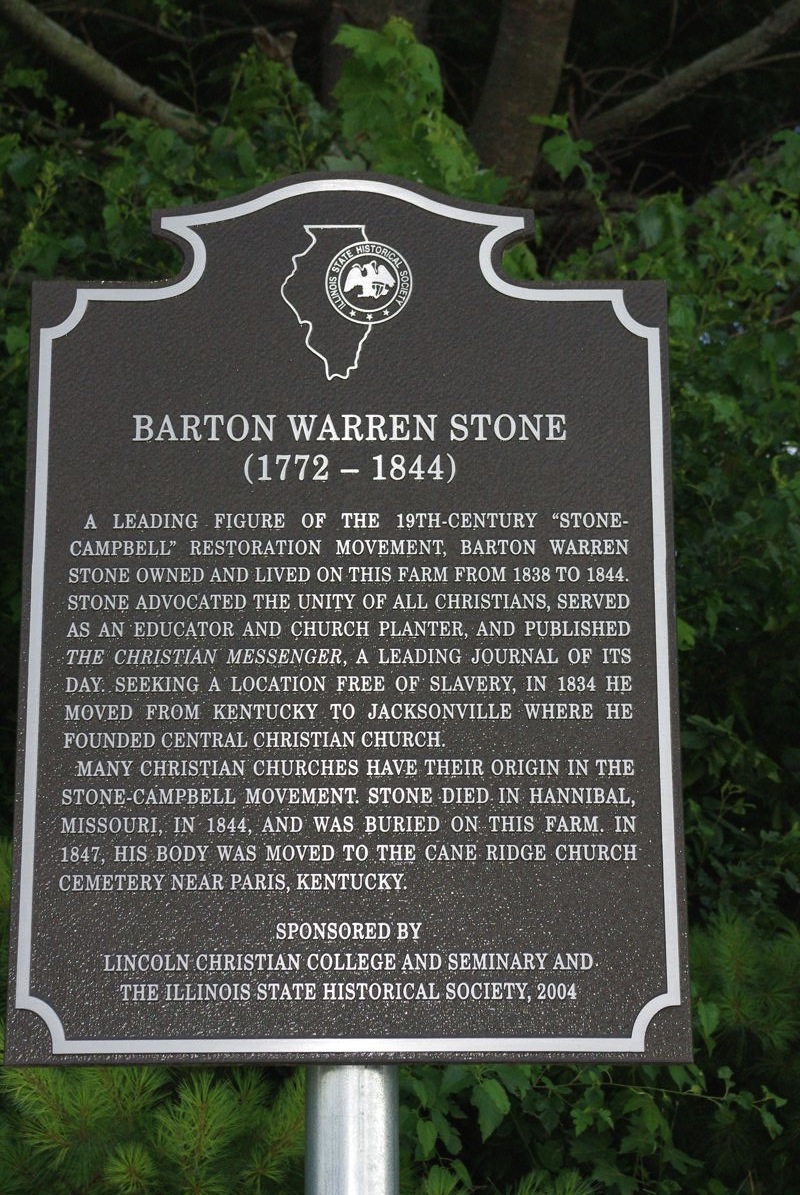 A leading figure of the 19th-century "Stone-Campbell" Restoration Movement, Barton Warren Stone Owned And Lived On This Farm From 1838 to 1844. Stone advocated the unity of all Christians, served as an educator and Church planter, and published The Christian Messenger, A leading journal of its day. Seeking a location free from slavery, in 1834 he moved from Kentucky to Jacksonville where he founded Central Christian Church.

Many Christian Churches have their origin in the Stone-Campbell Movement. Stone died in Hannibal, Missouri, in 1844, and was buried on this farm. In 1847, his body was moved to Cane Ridge Church Cemetery near Paris, Kentucky

Sponsored by:
Lincoln Christian College And Seminary And The Illinois State Historical Society, 2004

Note: The Diamond Grove Prairie Farm was one among other tracts of land that B.W. Stone owned in Jacksonville, Illinois. As the historical marker expresses, when he died he was buried on this farm. In January, 1846, his widow Celia Stone, selling the property, had the body of B.W. Stone moved to the graveyard at Antioch church, just seven miles east of Jacksonville. Then in the spring of 1847, the body was again moved and re-interred at Cane Ridge church, near Paris, Kentucky. 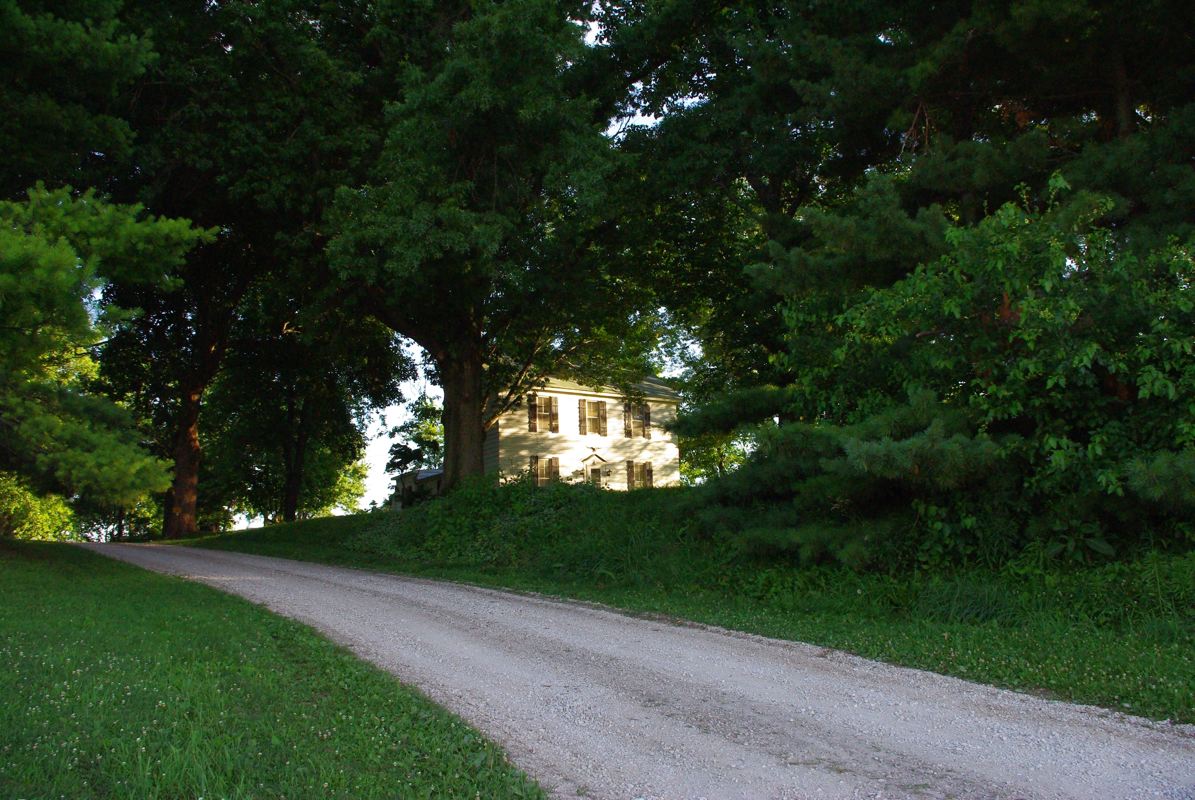 According to present owners of the Diamond Grove Farm, Tom and Lee McKean, the house you see is notthe original structure in which B.W. & Celia Stone lived. It is estimated that because foundational materials have surfaced over the years about 40' to 50' SW of the back porch of the present structure, that this it was probably the location of the original home where Stone lived. However, at first sight of the present structure, it most certainly bears the resemblance of what the original structure could have looked like. Two homes that are known to have been built by B.W. Stone are presently extant in Kentucky, and both look much like the structure you see in the picture. Also, in the 1830s the typical structure of wealthy landowners were a building made of logs with two rooms on the bottom floor side by side, with two bedrooms on the top floor. The house above bears the same design, but has no logs within the structure. 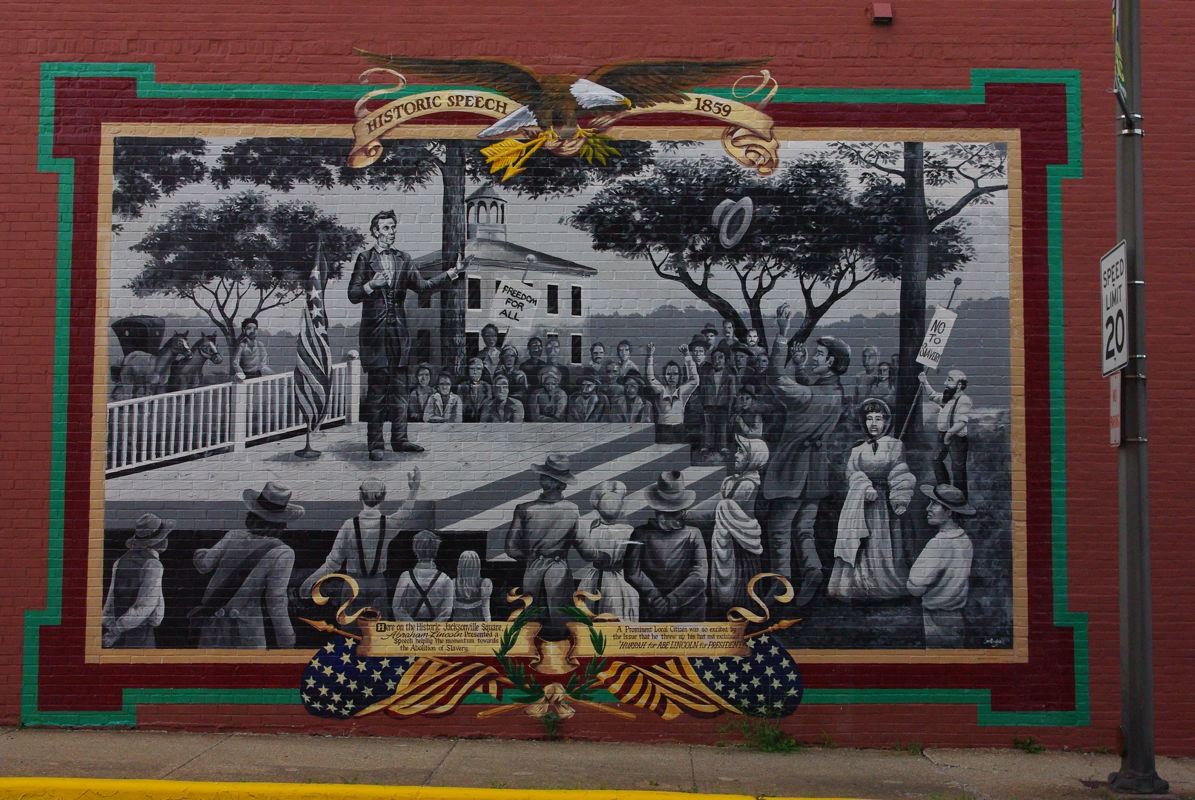 *The designation "Church of Christ" is of particular importance in the settling of Barton W. Stone into the area of Jacksonville, Illinois. When he went there in 1832, there were two churches meeting, Reformed Baptists or "Disciples of Christ" who were followers of Alexander Campbell, and the "Christian" Church, a group primarily influenced by Stone. Upon his arrival, both churches sought to claim him as their preacher, but he refused both until they united together. As they came together they mutually accepted the designation of "Church of Christ," as describing their mutual commitment to the church of the New Testament. As Stone preferred the name, "Christian Church," it took prescedence in designation over the years. Today the Central Christian Church at the corner of W. College Ave. and S. Church St. in Jacksonville is the direct descendant of that original group. It was only after division arose around the turn of the 20th century that all three designations became tags for different groups. Before that time, the designations, "Church of Christ," "Disciples of Christ," and "Christian Church," were all interchangeable descriptions of the same group.