Shortly thereafter, he moved to Unionville, Monroe Co. He was a second cousin of Charlotte Bennington Nesbit buried at Richland Cemetery. (Note: Not "Charlotte" but "Constance" Bennington Nesbit, the wife of Thomas Nesbit who was one of the earliest preachers of the Christian movement in south central Indiana. [webeditor SDH])

Directions To The Grave of John C. Bennington

The Bennington family plot is located northeast of Bloomington, Indiana. Take Hwy 45./E. 10th St. out of town toward Unionville. Pass through New Unionville, and when you get into Unionville turn right on N. Brummetts Creek Rd., and the cemetery and church will be almost immediately to your right. J.C. Bennington's monument is about 5 rows in the first area you see of the cemetery on your right. Actual GPS location of the grave: 39°13'46.1"N 86°25'12.7"W / or D.d. 39.229459,-86.420183 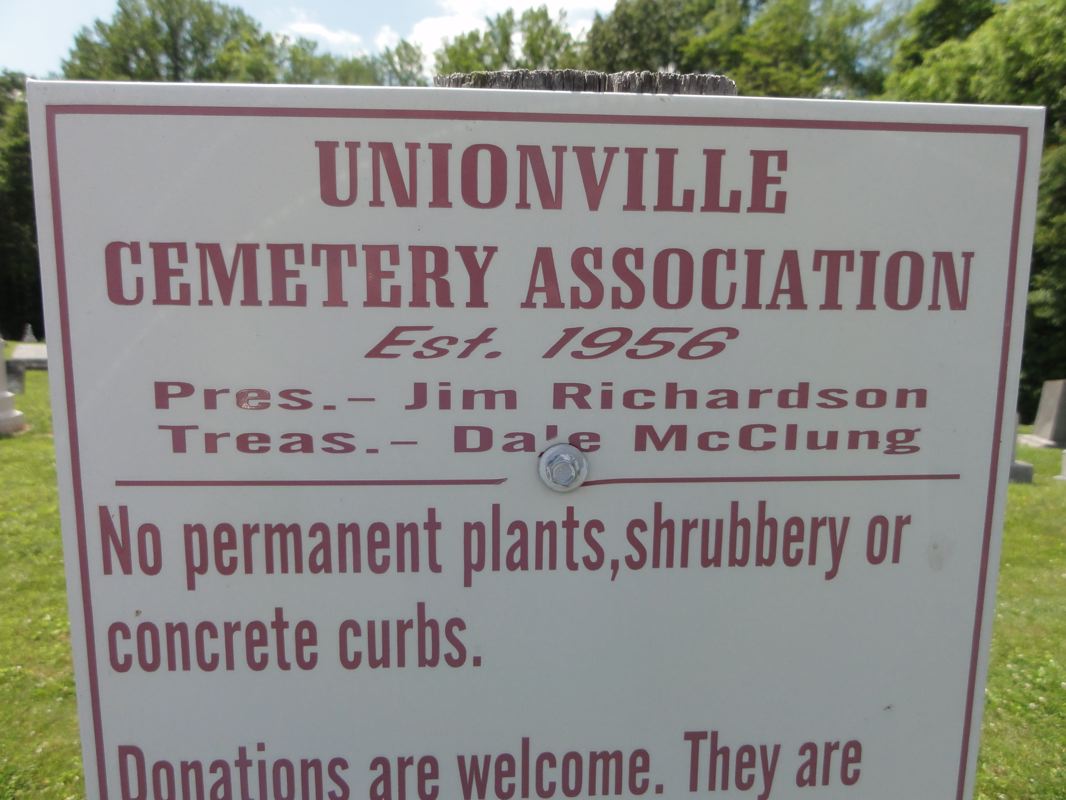 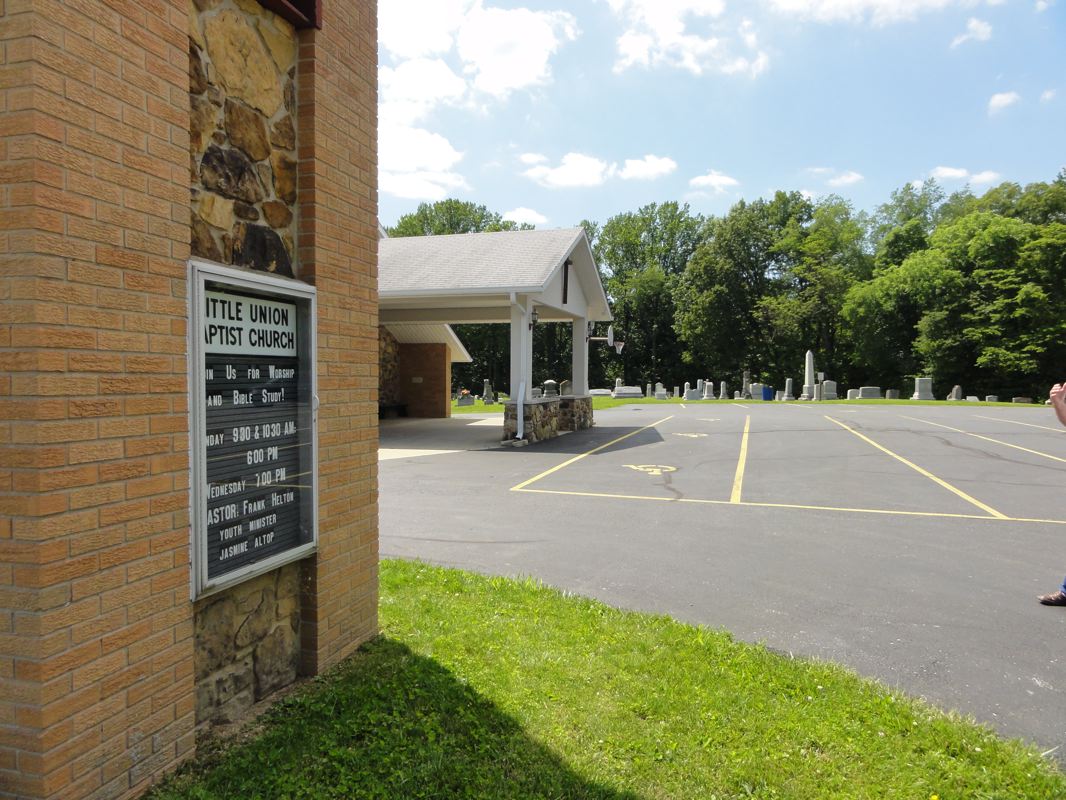 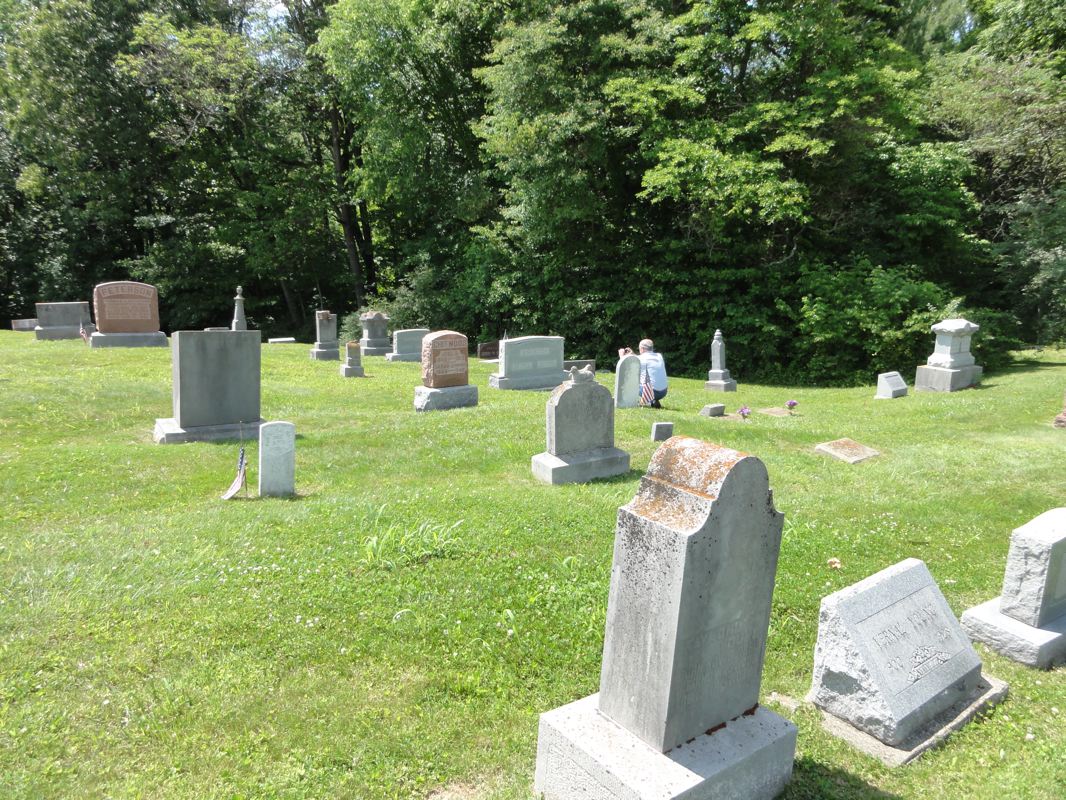 Tom Childers at the grave of John C. Bennington 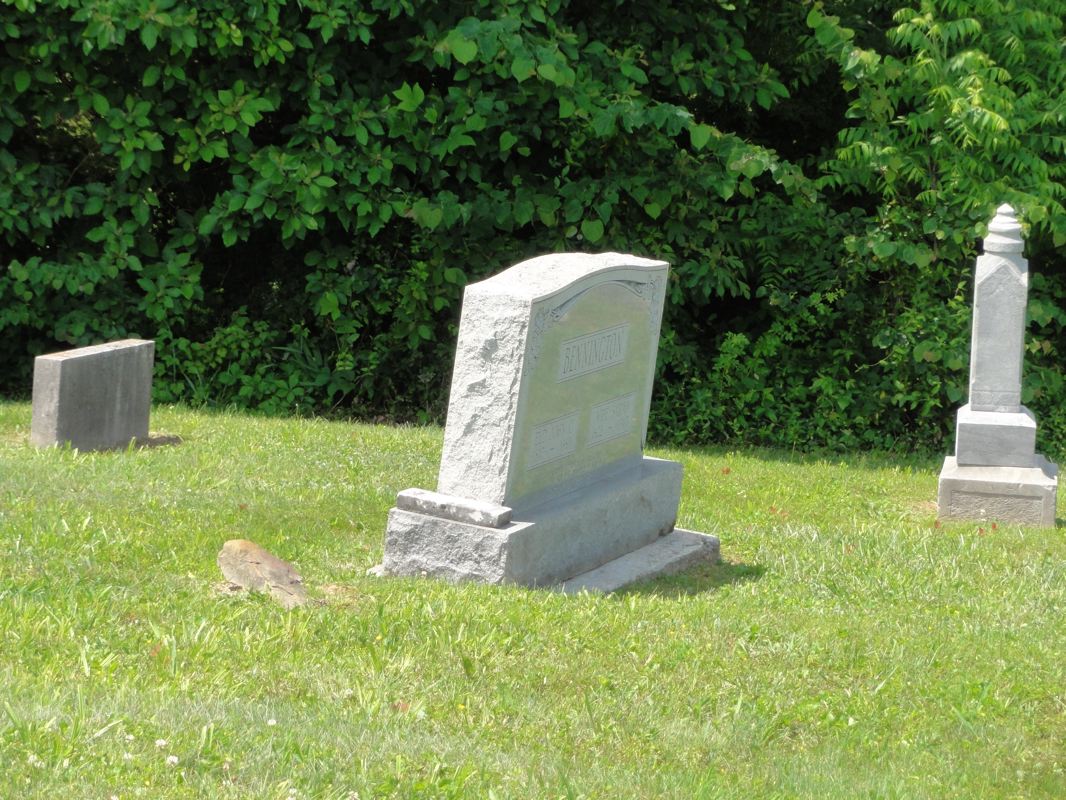 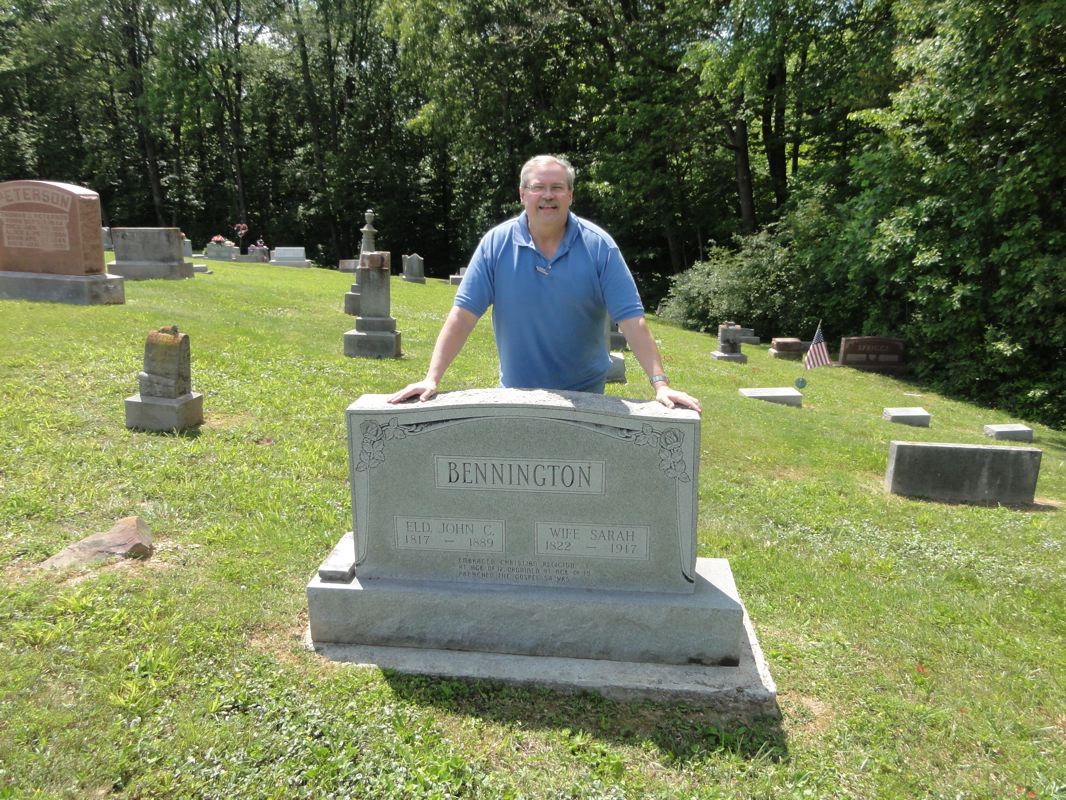 Scott Harp at the grave of Elder John C. Bennington 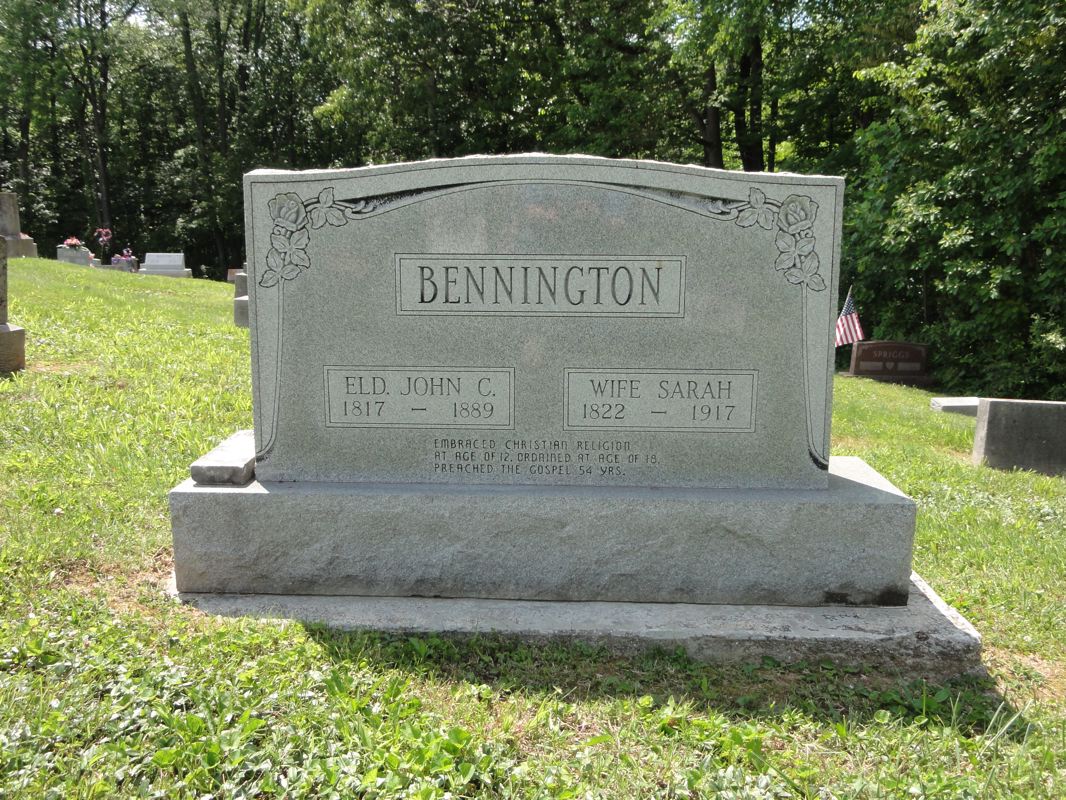 Web Editor's Note: On May 22, 2012 I visited the grave of John C. Bennington. It was the second day of a week's Restoration Research trip with my dear friend Tom L. Childers. Bennington's grave was in the cemetery at Unionville at the Little Union Baptist Church. It was a very busy day as we were making our way to Indianapolis to spend the evening with our dear friend Terry J. Gardner. Special thanks to Tom for doing the driving on this trip, also taking many photos.